The Expedition Portal forums have always been an repository for documenting interesting build projects, and occasionally we are graced with a thread that’s far more than just a chronological list of accumulating parts. KTM 990 Adventure owner Will Ryan has such a forum thread. It’s a comprehensive story journaling his evolution from KLR to KTM 990 rider. His quest for adventure has manifested itself in the form of an intelligently built 990 Adventure we felt was more than deserving to be this week’s featured vehicle.

Reintroduced to motorcycling with a KLR 650, Will decided he needed a platform with an improved power to weight ratio. If the KTM 990 Adventure brokers anything, it’s big power, so that seems like a logical choice. What is interesting is Will’s objective evaluations of the KLR. Many would assume a current KTM 990 rider would malign the KLR as a substandard platform, but Will still lauds the KLR as a sound option and closes the perceptible gap between these two radically different machines.

As for the KTM 990 Adventure, out of the box its ready to go, but that doesn’t mean it can’t be improved with a handful of smart modifications. Will was quick to point out his build is a work in progress, and most good projects always are, but as it sits today it’s pretty awesome. He has made a number of improvements big and small to better the bike’s ergonimics, ride qualities and performance. 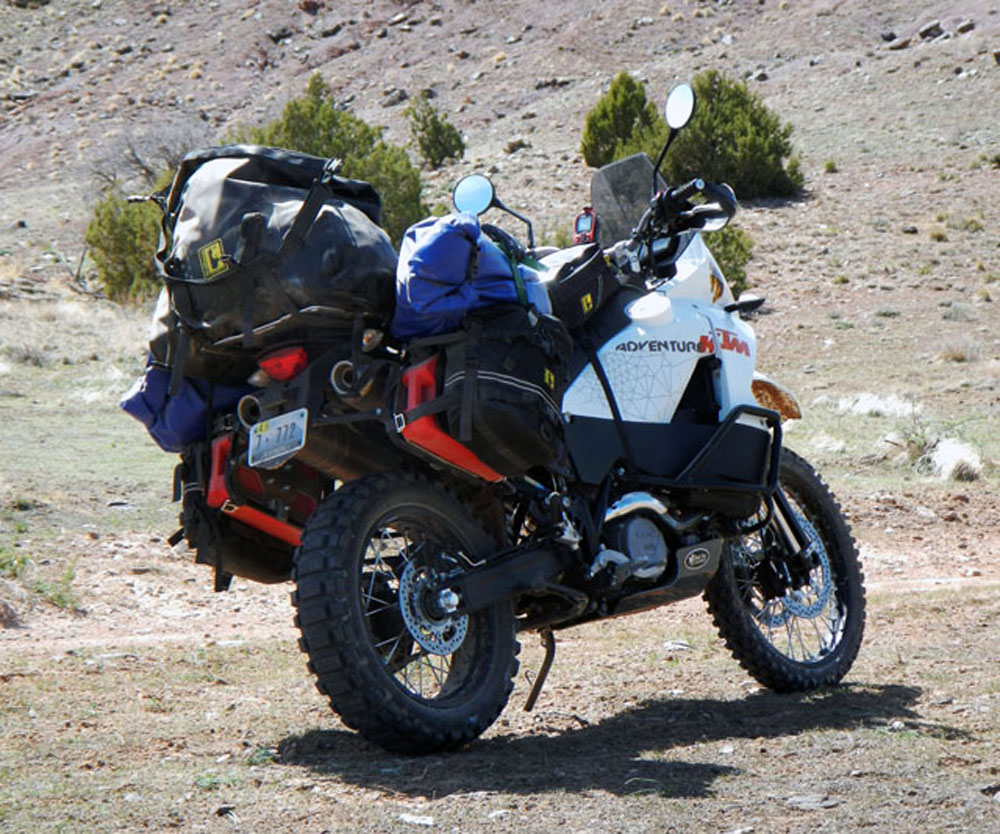 In its short life, this KTM has seen a few different luggage solutions. The most interesting is the combination of Rotopax fuel cans paired to soft Wolfman bags. The Rotopax are a simple solution to one of the few drawbacks to the 990, which is fuel range. This is not to say the 990 Adventure is a thirsty beast, but big adventures like those Will enjoys, do benefit from reserve fuel stores. 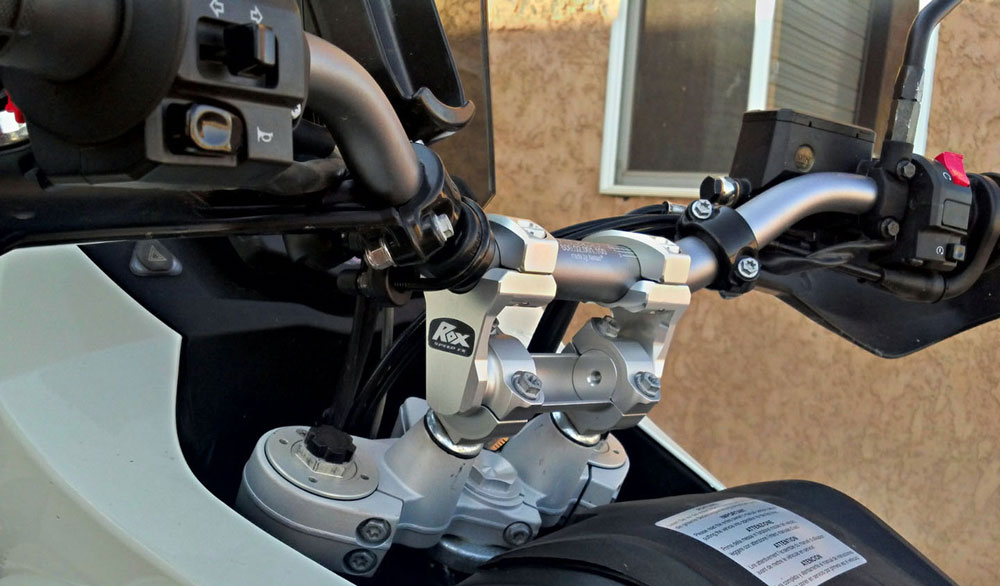 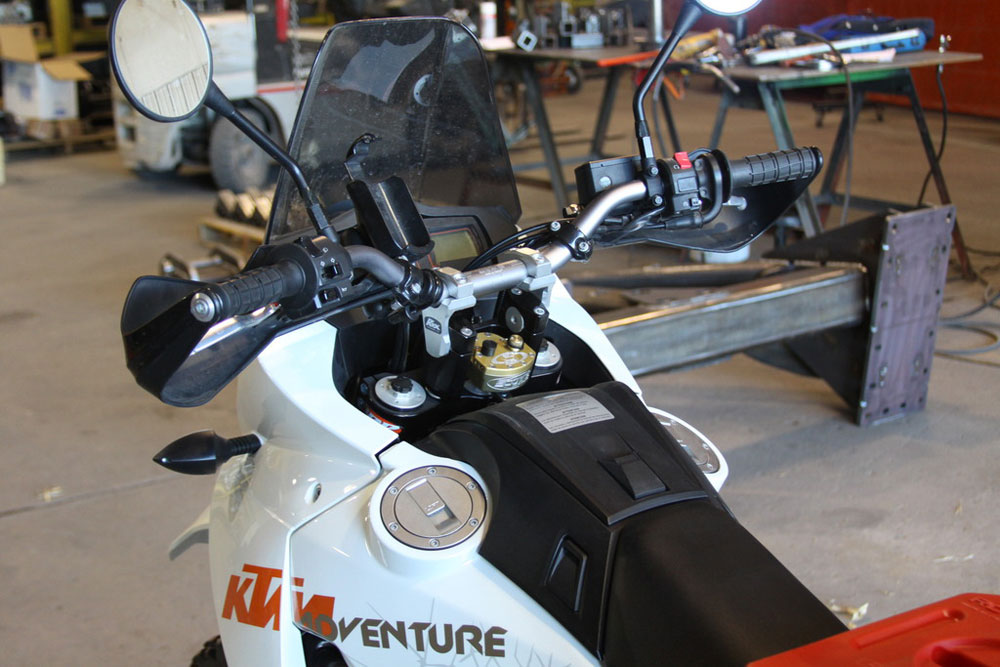 Will not only fitted the bike with riser bars, he took the time to install a steering damper. (Gold inset piece) 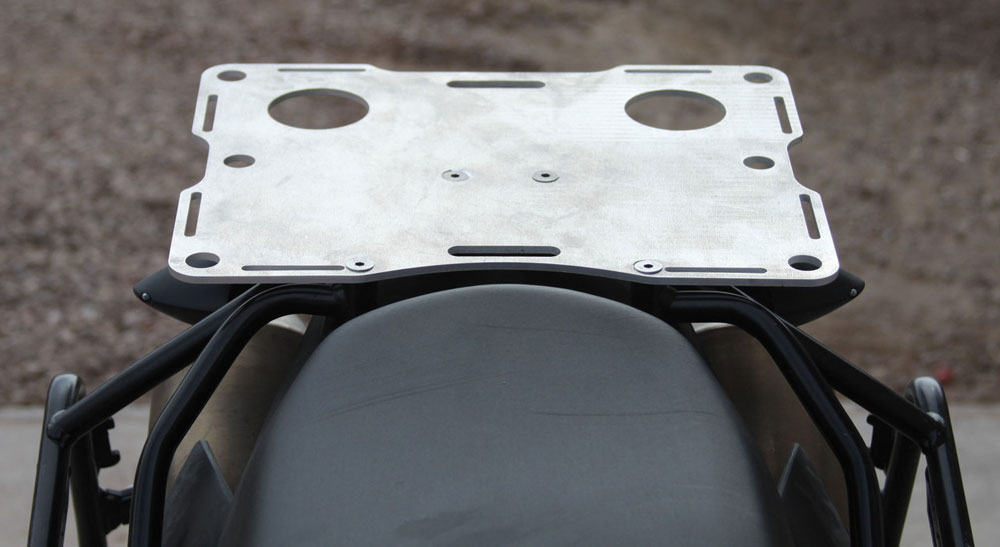 The rear rack is understated and effective and facilitates the addition of more soft luggage. That’s a key addition when traveling two-up. 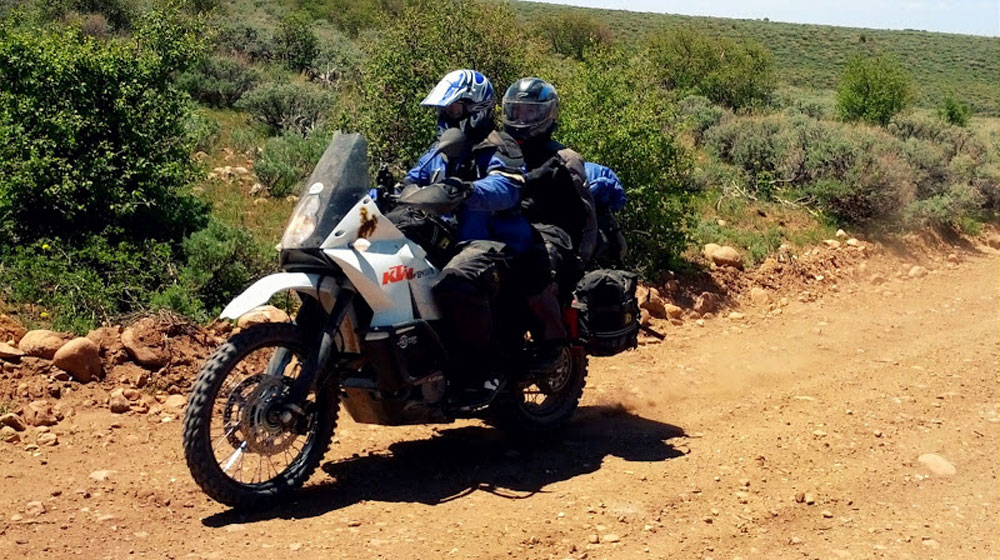 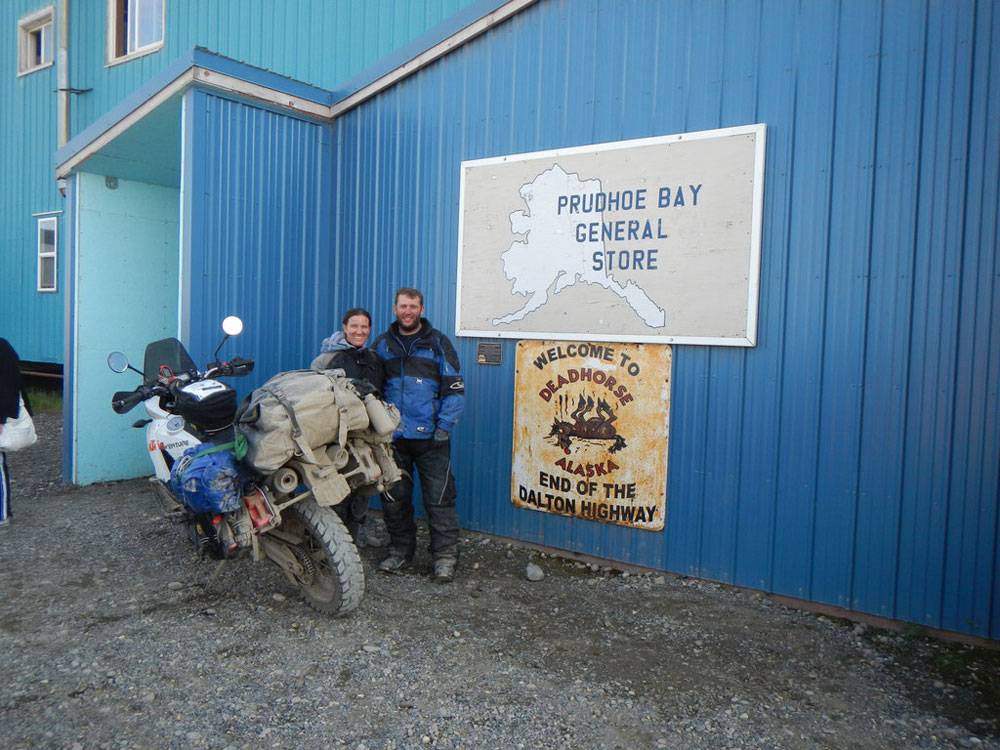 It’s one thing to build a nice bike borrowing ideas from internet experts. Will let his travels and experiences help design his modification needs. Then, he put those alterations to the test in demanding riding situations. This is no garage ornament. 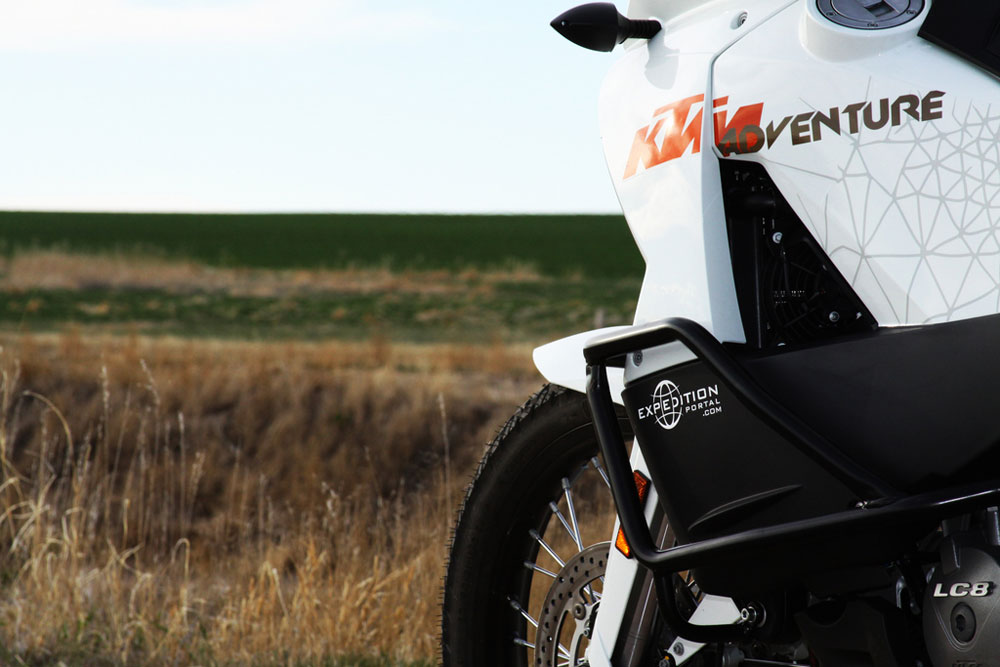 Some of the best modifications are the cheapest, like an ExPo sticker. As the name implies, the 990 Will built is ready for Adventure, and it’s already seen plenty of it. For a full review of this impressive build, check out Will’s build thread: Will’s KTM 990 Adventure Thread.