The Swiss Army Ranger Stove—is without a doubt one of the original “ultra light” cooking options. Compact, versatile, and easy to use, it continues to be a quintessential part of the classic kitchen kit.

The complete package fits nicely into many of the “one liter” bottle carriers and pockets commonly available. Dry weight is a mere 15.2 ounces in the stove’s stock form, not bad for a pot/cup, 1-liter bottle, and stove. For comparison the weight of an empty Hydroflask 21-ounce bottle is 20.9 ounces. Additionally, if weight and space are of primary concern, one can forgo the bottle altogether and stuff the stove full of provisions and/or fuel. Without any bottle, the stove and cup/pot weigh in at 9.9 ounces.

All testing was conducted outdoors, in the shade, on a windless day with an ambient temperature of 40°F. The water used in the test was left outside overnight to simulate realistic camping conditions. During the test, the included pot/cup was filled to the half-liter line. Testing was performed three times with each type of fuel, and the final score is an average of the results.

Trioxane was the fastest heating fuel tested, and brought the cold water to boiling in a mere six-and-a-half minutes. This was quite surprising considering this fuel’s dim blue flame and minimal ambient heat. The downside to trioxane is it’s highly toxic nature, the aforementioned low ambient heat and light, and the extremely nasty mess it leaves behind. It is strongly recommended that you wash your hands after handling the fuel, and it would be a good idea to place the tabs on a sheet of foil for easier clean-up.

Two bars of fuel were consumed by each test with consistent results: the first bar heated the water hot enough for tea, but failed to reach boiling; and the second bar sent the water into a Jetboil-gone-mad style, dangerously violent boil. The tablet-style fuel is much better suited to this stove than the bars.

A combination of twigs and kindling (grass) wrapped up in palm-sized bundles was used for the wood test to ensure a good, consistent burn. This is the recommended method of fueling the stove when using wood as it generates an optimal amount of heat without overheating the stove, burns fairly efficiently, and is easy to clean up.

Boiling was achieved in a respectable 8 minutes, 30 seconds, with an additional bundle required every two to three minutes. The wood produces a comfy amber flame and enough ambient heat to warm your hands. While the post-burn mess is minimal, this method of heating will leave the cup/pot with a hard black coating of soot. It’s also worth noting that this method requires almost constant attention, so you’ll need to have several bundles of fuel ready to go before you start cooking.

The slowest and coldest fuel tested, Sterno took a full 15 minutes to produce (barely) boiling water. A rolling boil was completely impossible to achieve during the test, and the fuel gave off so little heat and light we found ourselves constantly checking to see if it was still lit. On the plus side, the Sterno is a truly mess-free fuel, and will burn for over an hour unattended—enough time to make two dehydrated meals and do the dishes after eating.

Times shown above are in minutes:seconds

Several different heating options have been developed specifically with this stove in mind, including the readily available “M1” style burner and the Borde Benzinbrenner (aka “Borde Bomb”). While we did not have the opportunity to test them, the design of the Swiss stove lends itself well to “soda can” alcohol burners, pellets, and just about any other small heat source. The placement of the venting low on the stove makes it easy to reduce airflow as needed, and the tall opening provides suitable access for filling an alcohol burner with many of the popular squeeze bottles. 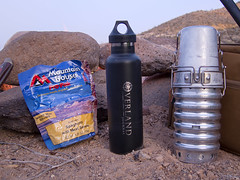 The biggest concern with the stove’s design actually lies with the bottle and it’s cork closure. While I’ve never had an issue with the cork, upgrading the bottle to one with a positive closure would inspire greater confidence that the liter of water will make it safely to camp. Sigg makes a 1-liter bottle that will drop right in place of the stock bottle, and Hydroflask’s 21-ounce model will fit with a minor modification to the bottle’s lid (shortening it by 1/4 inch).

The Swiss Army Stove is available for under $15 from many retailers and online vendors, including Amazon and Chearper than Dirt. 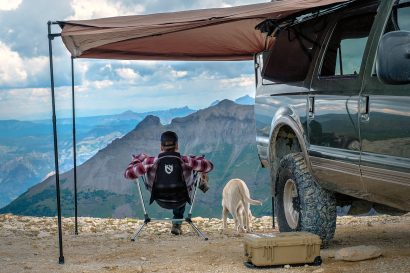 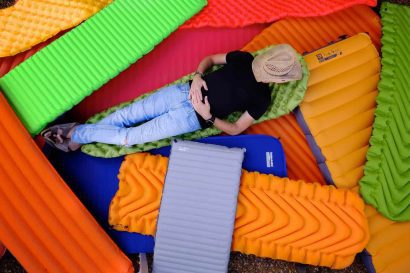 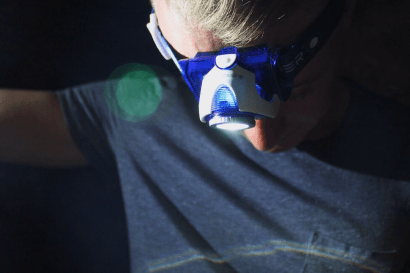