Today’s classified ad is a totally righteous slice of 1980’s Americana. It started life as a 1988 two-wheel-drive Sportsmobile, but after the owner bought a matching 1988 Quigley van, the universe aligned to give us this beautiful retro creation. I’m sad to say that the advertisement doesn’t reveal quite as much as we’d like, but here’s what we do know.

The body of the Sportsmobile was carefully separated from the factory frame before being swapped over to the freshly prepped Quigley chassis. That frame was completely coated with POR to prevent rust from corroding it in the Northeast and included fresh body mounts to ensure everything was smooth and balanced. 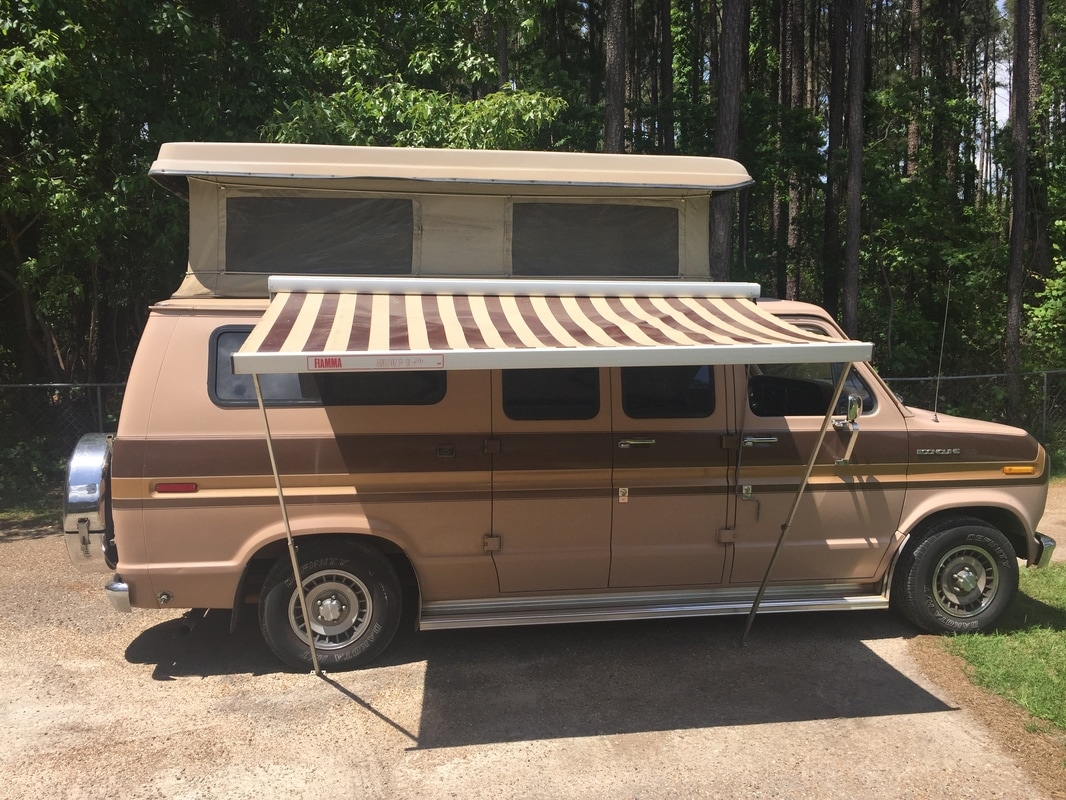 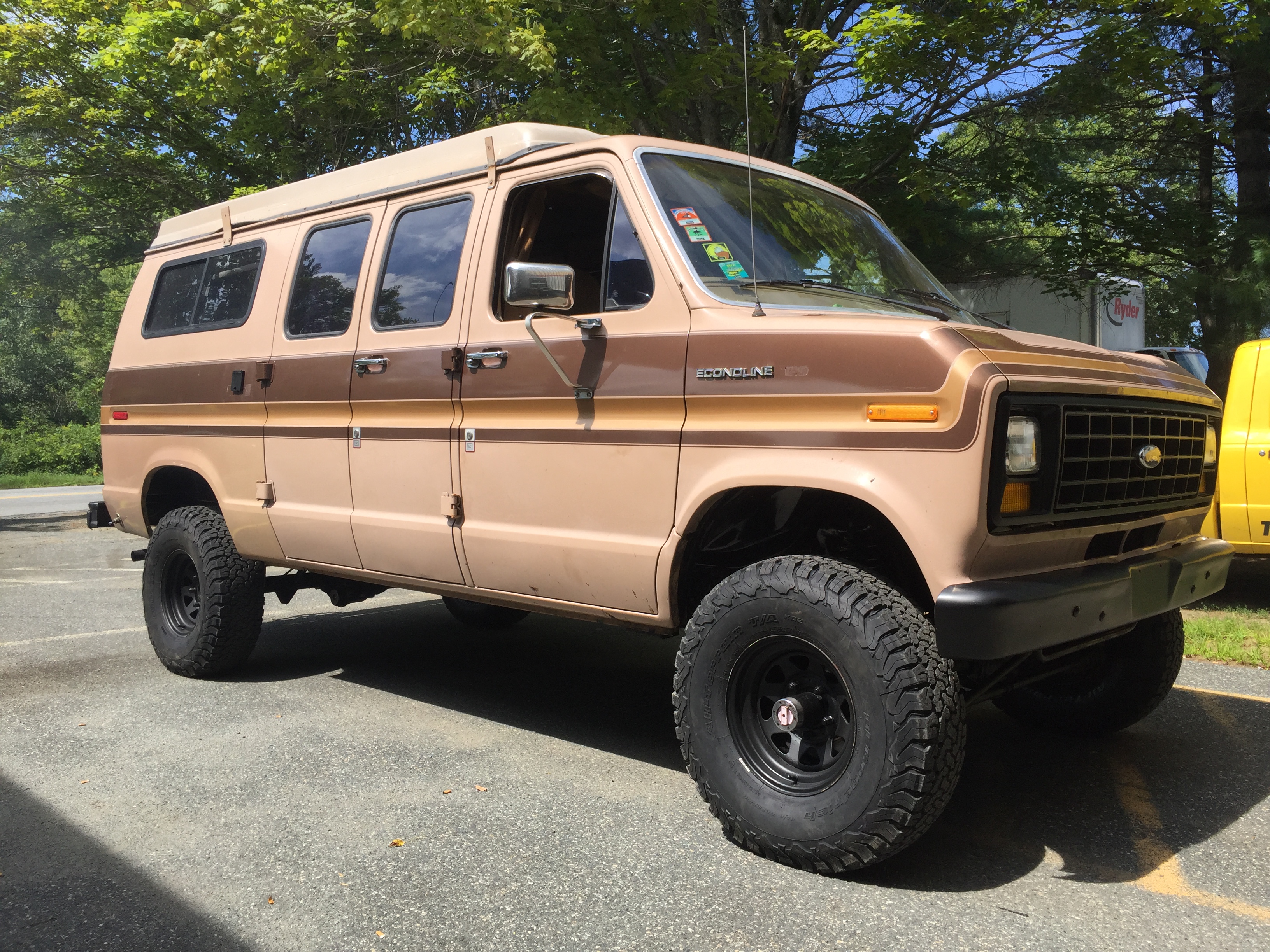 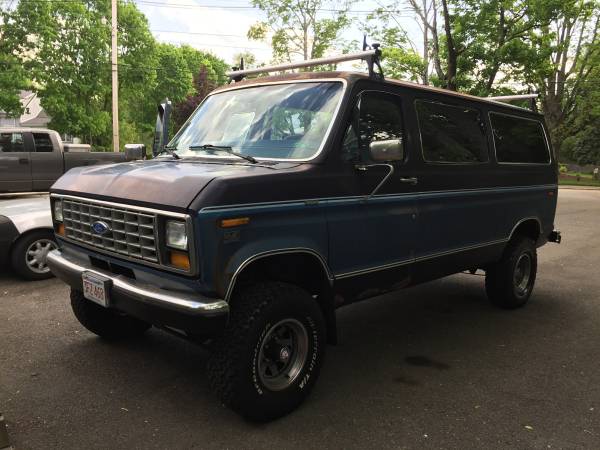 The interior is period correct, or in other words, a little dated, but looks to be in fairly good shape overall given its age. Don’t get me wrong though, it definitely adds to the charm of this van, and is perfect for whatever radical road trip plans you can throw at it. I mean who wouldn’t want to roll across the country in this thing!? Toss a good mix tape in the stereo, turn off the phones, and experience what vanlife was meant to be. 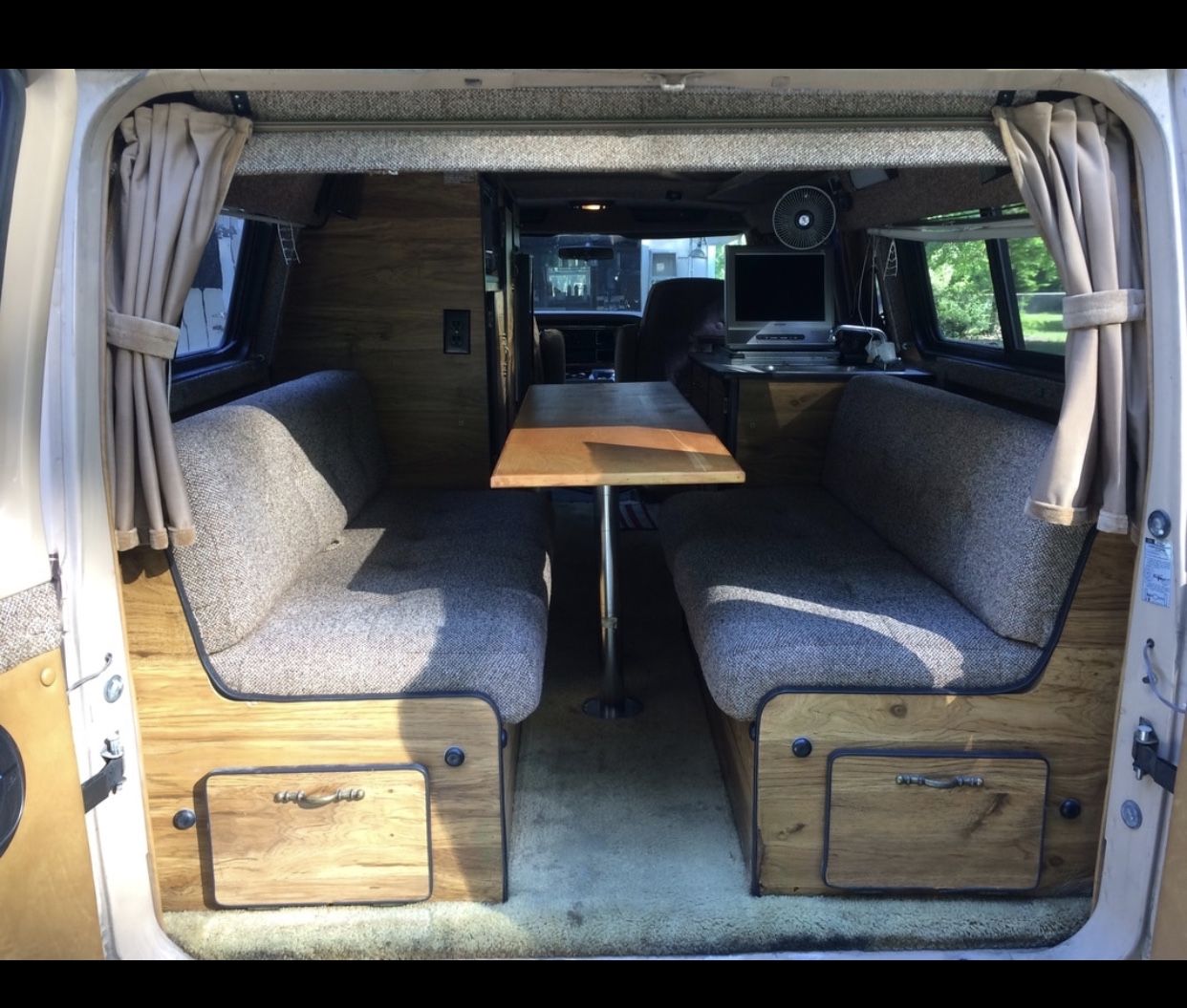 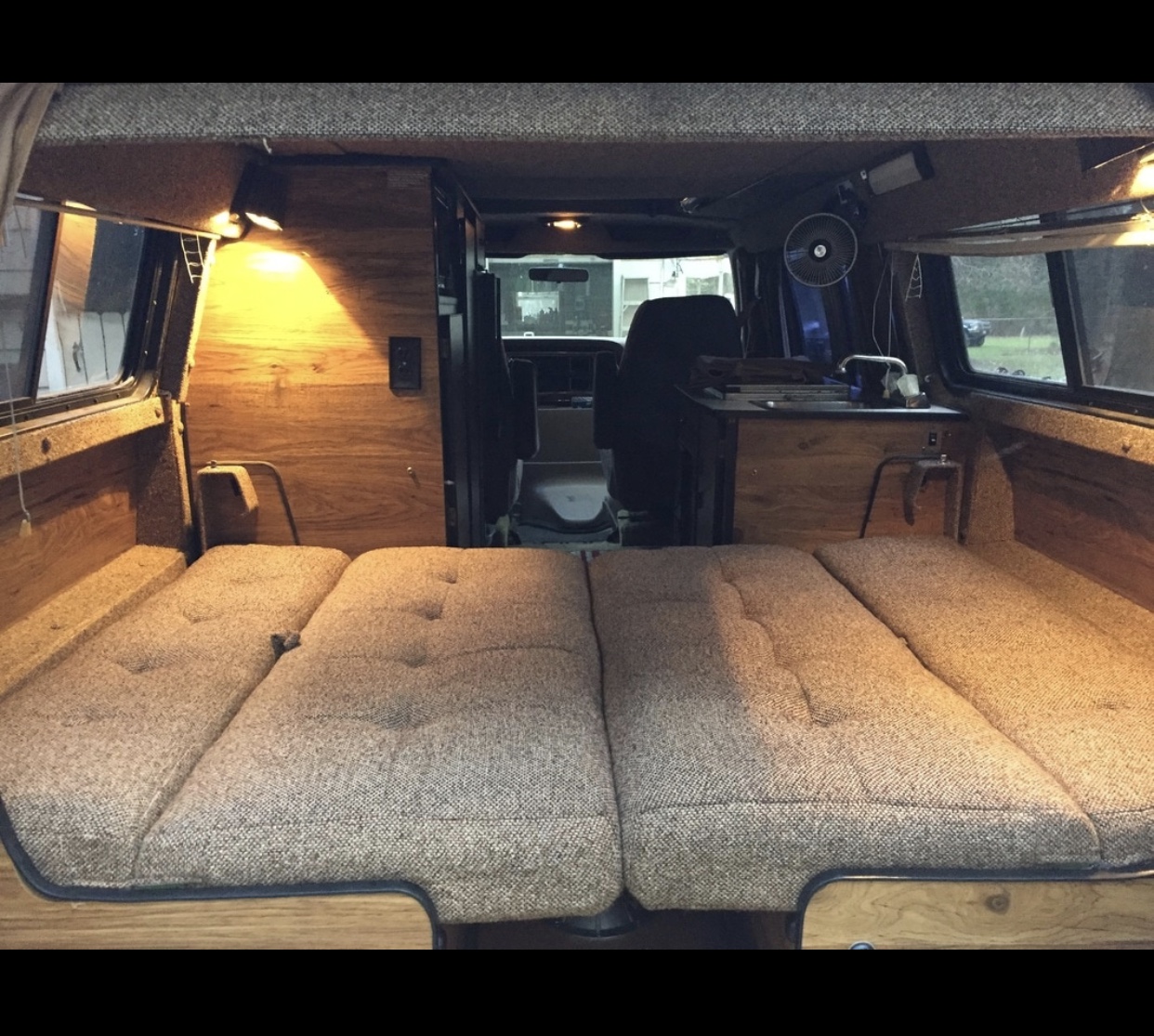 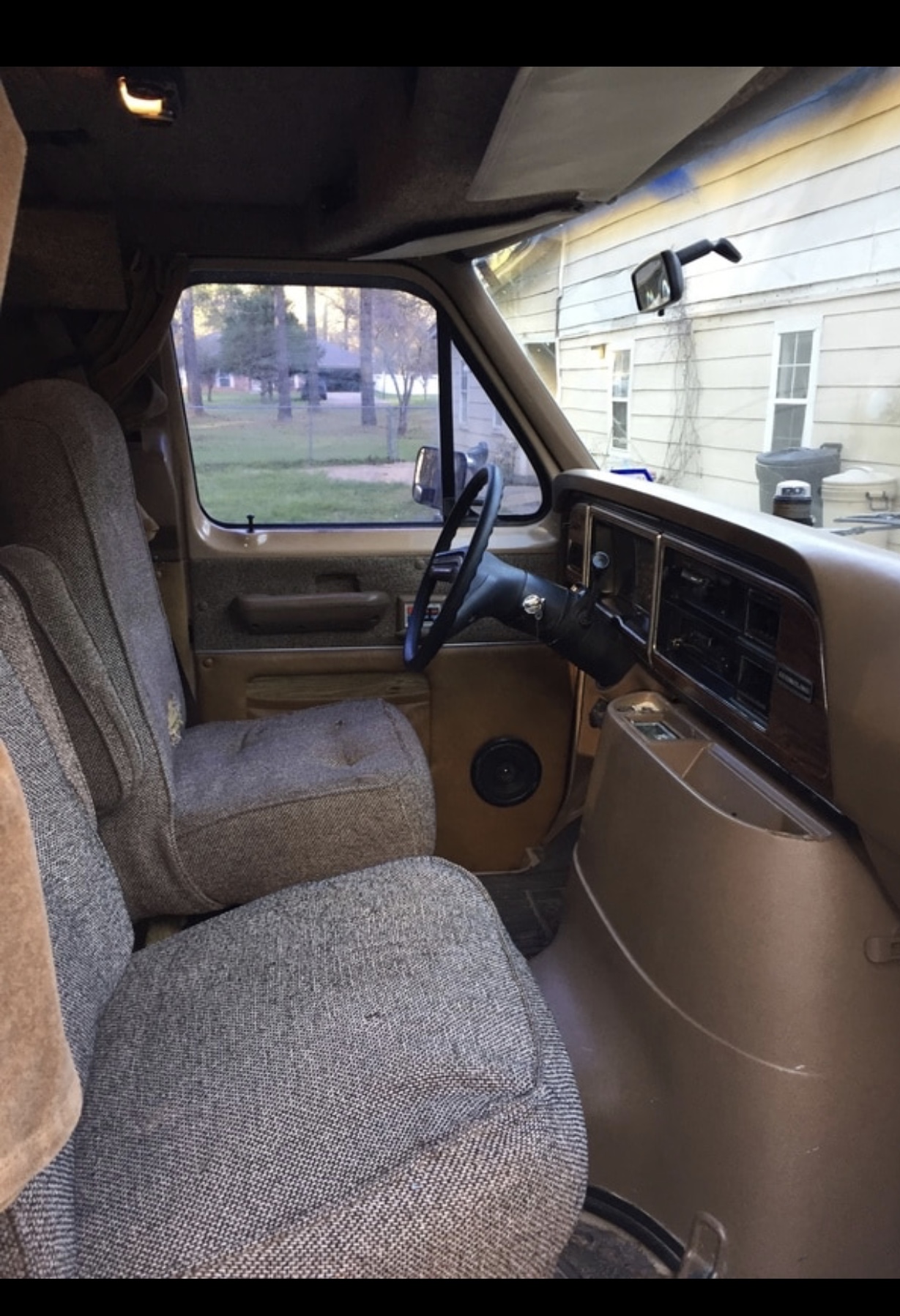 The exterior is tan, but with some choice retro stripes that complement the look of this amazing adventuremobile. The paint clearly isn’t perfect, but like the interior, it somehow just works with the feel of the van. The suspension, on the other hand, is nowhere close to being dated and has just been refreshed with new shocks and springs for a smooth ride. The wheels have been replaced as well, apparently since these photos were taken, as the advertisement states the van comes with Mojave ATXs wrapped in 285/75 BFG KO2s. That will certainly give it some modern appeal. 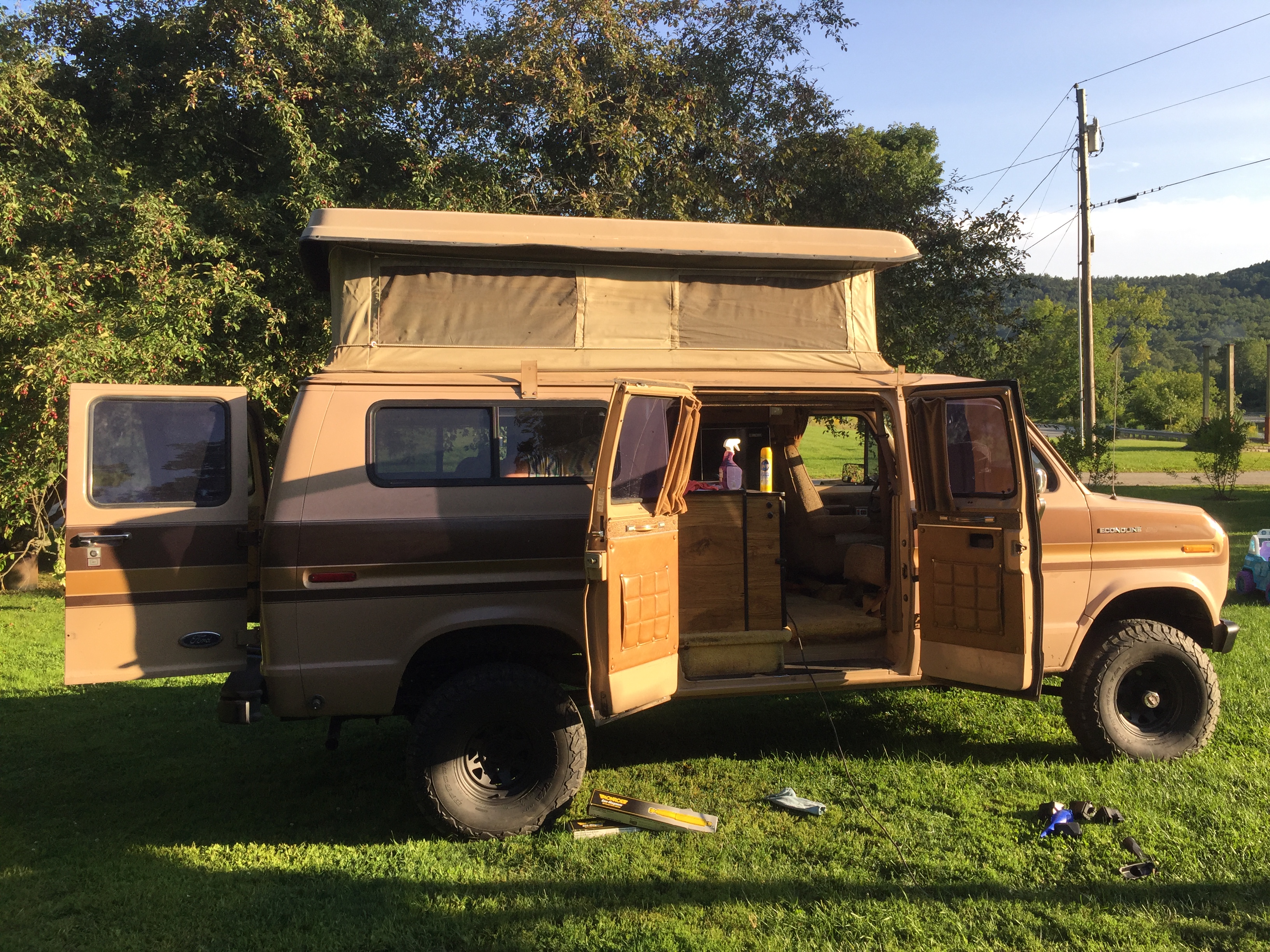 Mechanically, the van is in great shape according to the owner. During the build, it received new belts, hoses, a water pump, valve cover gaskets, an oil pan gasket, and tranny filter and gasket to ensure it wouldn’t be leaking fluids any time soon. They also installed new brakes including rotors, calipers, and pads for stopping the beast, and rebuilt the front end with new parts from Quigley for added reliability. While they were at it they also replaced the rear gas tank so that both fuel tanks work along with all of the original gauges on the cluster.

The seller also states that they have all of the original paperwork from Sportsmobile, the Quigley badges, and the VIN numbers from both vans. And since we’re on the subject of Quigley, it’s worth mentioning that this isn’t some abomination to them or to Sportsmobile. In fact, Quigley still has the vehicle in their registry and they helped with the build process, even sending out a photographer to capture the van after it was done. 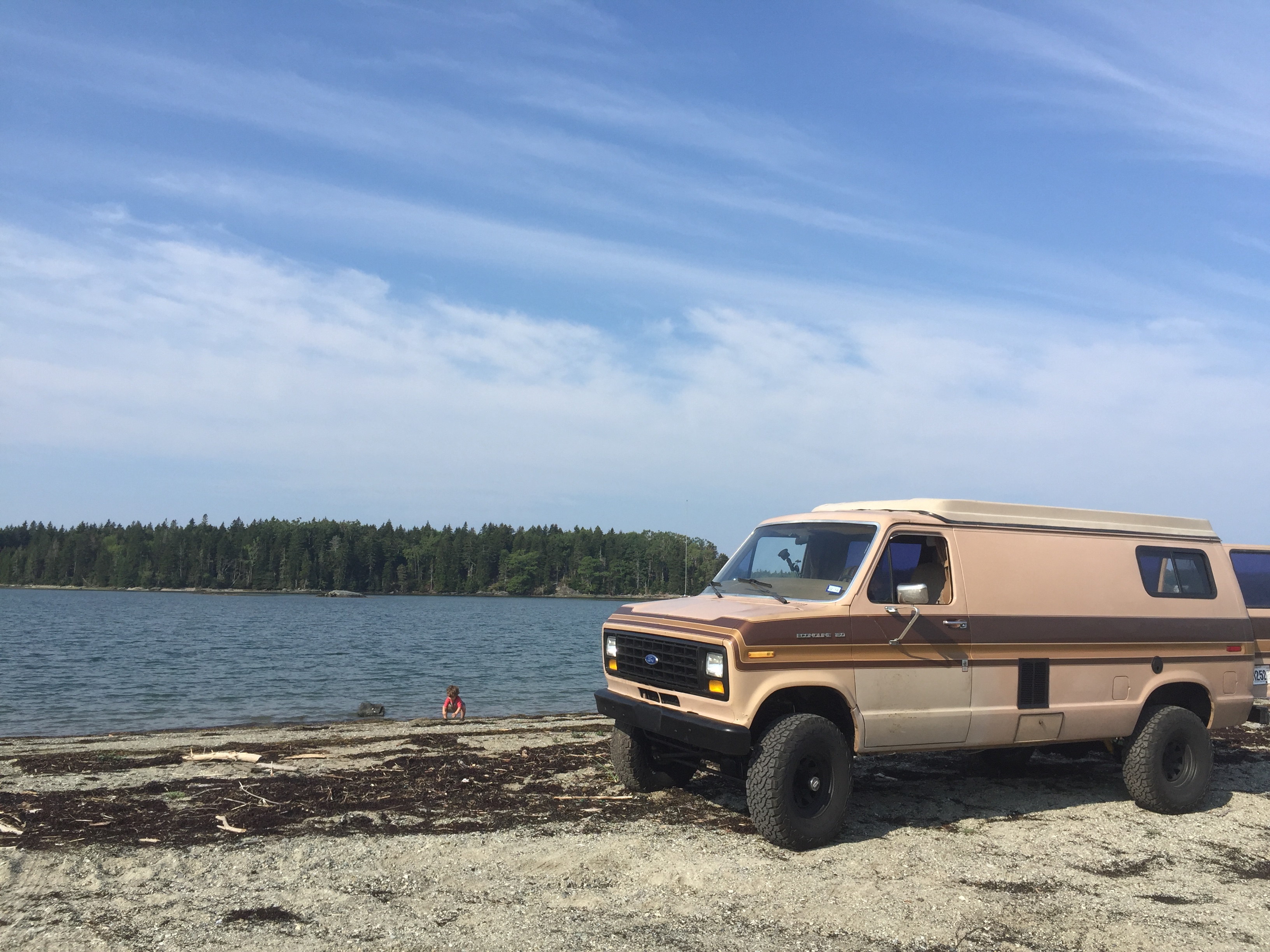 So what’s the catch? Well, there are a few odds and ends that could use improvement. The front passenger seat is worn, and the driver’s side door has some paint that doesn’t quite match. There’s also the small fact that the seller states he’s looking for a cool trade, and doesn’t list an actual sale price. We’re not sure if that means he’s ONLY willing to trade, or if he might take a cash offer, but it’s certainly worth looking into, as this is one bad van.

For more information, and less 80’s references, check out the original advertisement here.