We drive tens of thousands of miles a year. There are countless hours spent behind the wheel cruising through the countryside in pursuit of new locations. Our primary goal is often to avoid the crowds. Typically, this pushes us to the eastern side of our home state of Oregon. Out there, the land is immense, forcing us into multi-hour commutes simply to access the areas we plan to explore. Fitting that amount of mileage into a weekend trip is a challenge, one that often leaves us exhausted at the end. In September 2020, we planned a trip that was an attempt to diverge from our typical camping locations.

Diamond Lake Resort is a popular summer destination located only two hours north of our hometown. In our opinion, the resort is nothing special, but it sits at the edge of the Cascade Range. Surrounding the lake are crumbling volcanic peaks rising several thousand feet into the air. Despite the proximity to home, we had not spent any time in the area prior to this trip. We planned to hike Mount Bailey, swim in Diamond Lake, and explore the endless forest service roads in the surrounding area. Crowds tend to scare us off, but this time we were strategic in our timing. 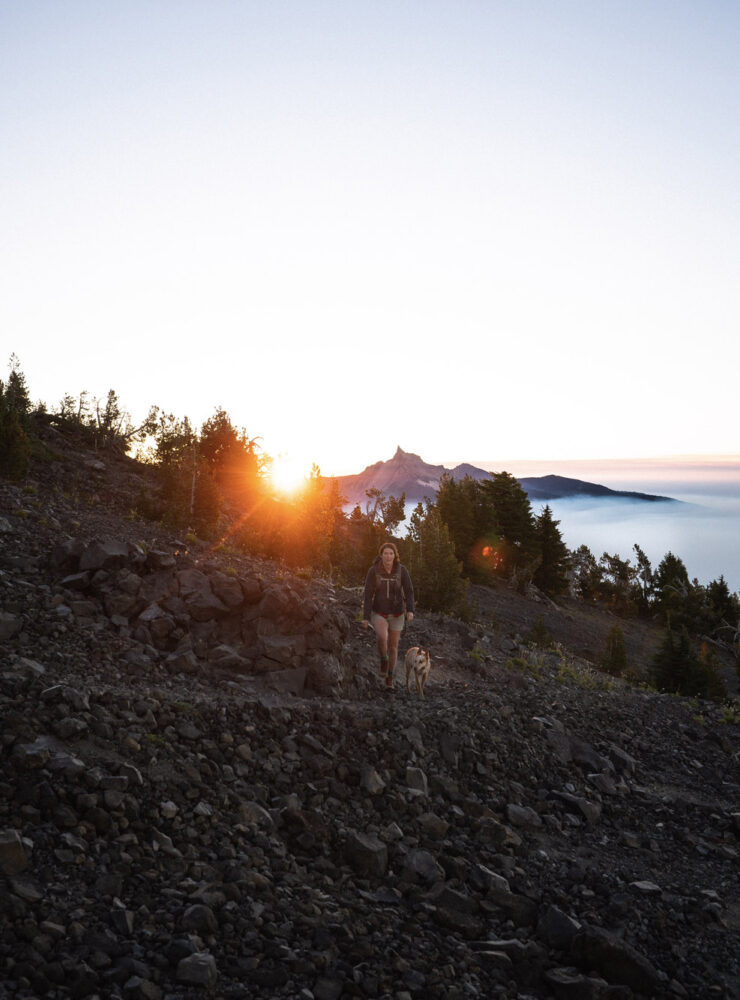 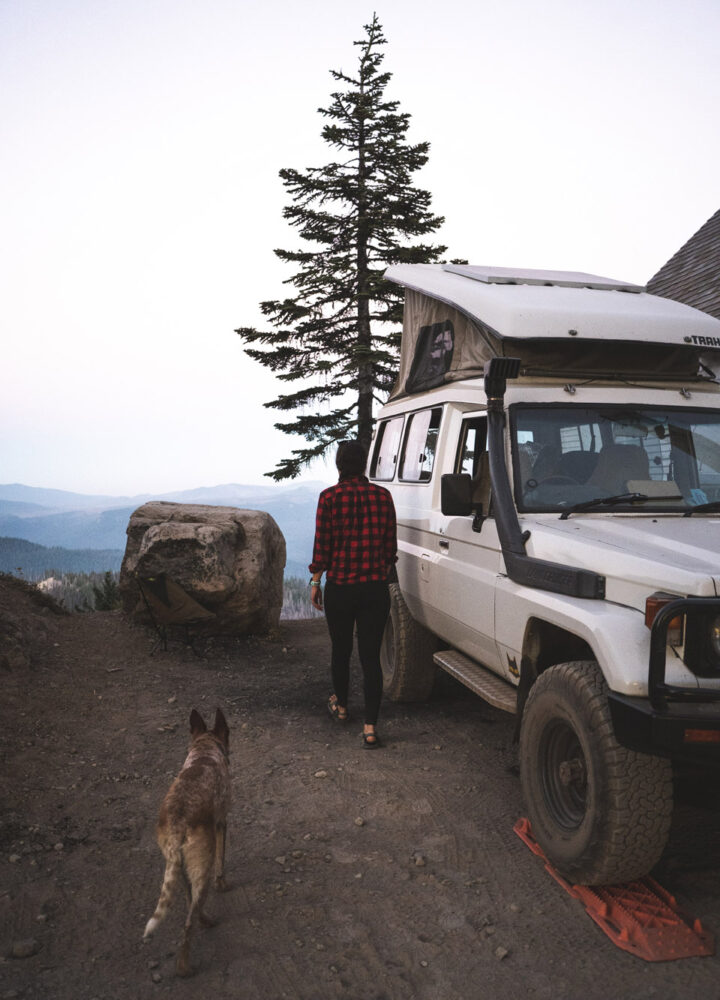 Our sunrise hike to Mount Bailey’s summit was nothing short of spectacular. A 4×4 trail to a second trailhead cut a few miles off the roundtrip hike and allowed us to avoid other hikers during golden hour. As the sun began to illuminate the surrounding mountain ranges, we could see dormant wildfire smoke sitting in the valley beneath us. The warming air and growing winds would eventually push the smoke toward us on the summit, but we were able to enjoy a few breakfast burritos with crystal-clear views. 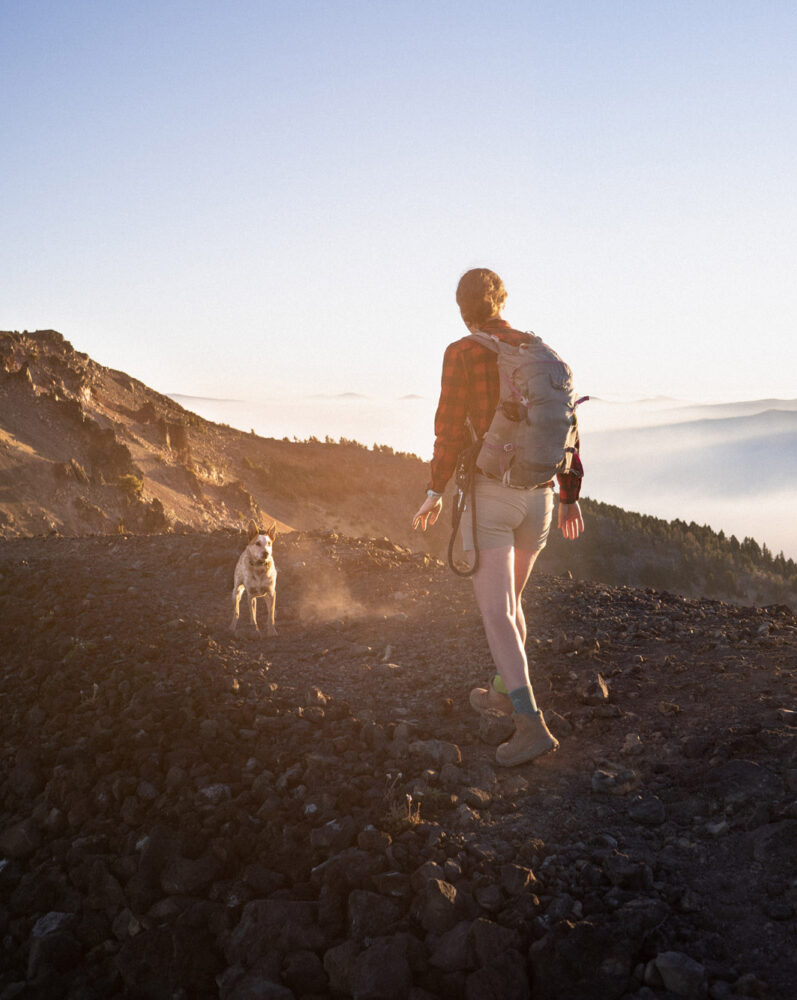 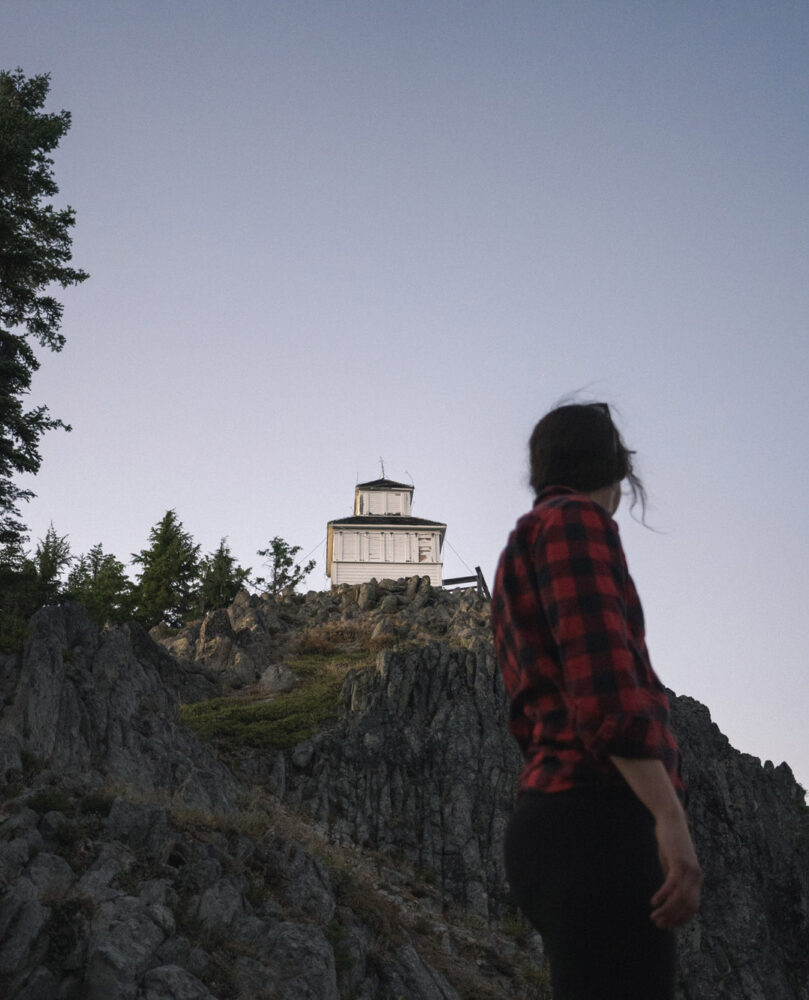 Committing to the 4:30 a.m. wake-up call was less about big mileage than it was about getting the lake to ourselves at the end of the hike. The heat of the day was settling in as we pulled into an empty parking area that led to the lake’s lone sandy beach. After nearly an hour of non-stop fetch with our cattle dog, Roan, the nearby bike path had become host to a steady stream of cyclists. We took this as a sign that it was time to pack our bags and begin the search for camp.

Recently, we started bringing local guide books on our trips. Browsing their pages has led us to some very unexpected places, and this trip was no different. Olivia found a section in the book that mentioned a unique fire lookout just west of us. The lookout was decommissioned by the Forest Service years ago when the access road failed to meet regulations. The tower, however, remained open to camping on a first-come-first-served basis with the stipulation that high clearance 4x4s were the recommended method of access. Knowing our Land Cruiser was up to the challenge, we headed toward the lookout with hopes to camp at the summit. 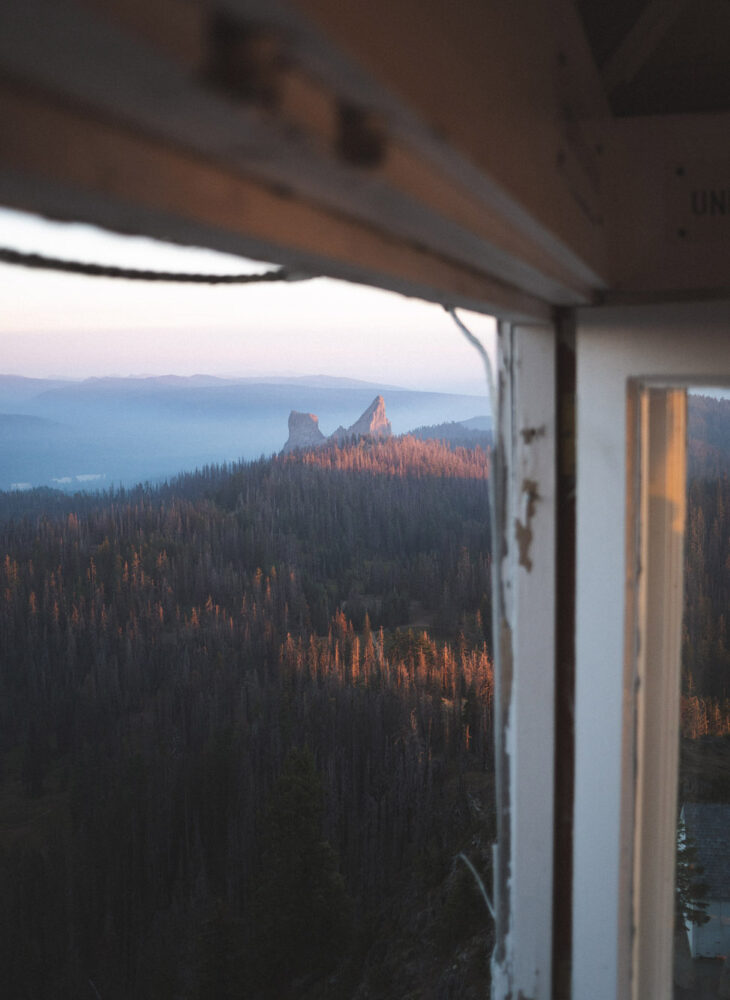 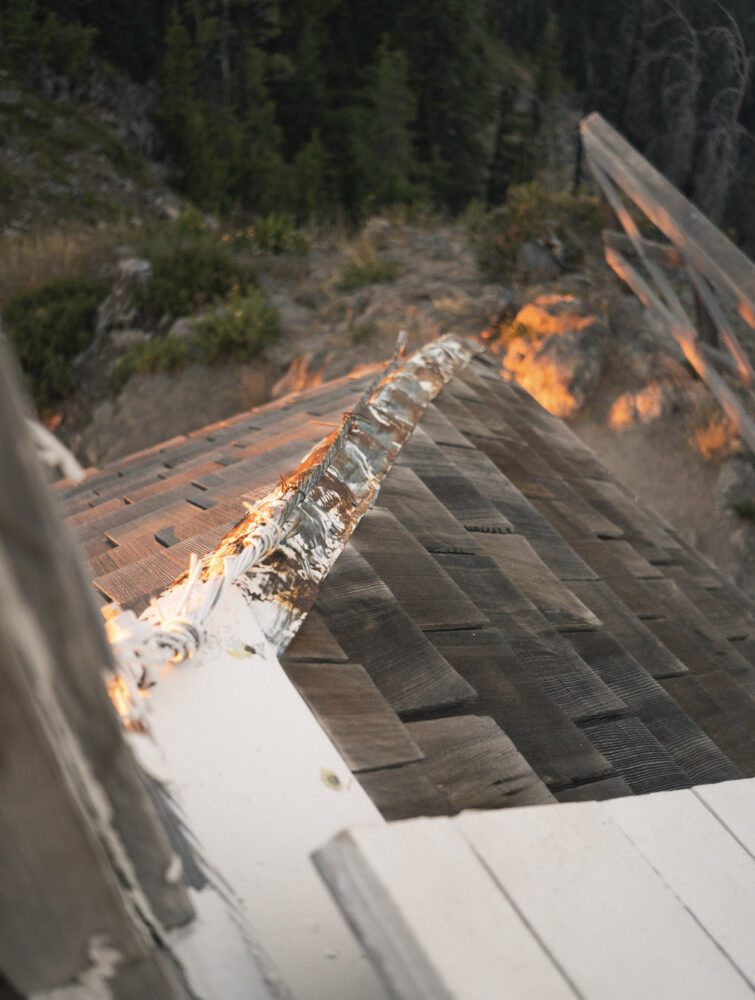 The road was in passable condition but had seen significant erosion; efforts from previous years to divert the downhill flow of water had caused the narrow switchbacks to feel rather wobbly in our Troop Carrier. At the top, we found the lonely watchtower empty. We climbed the tower and relished in our luck to observe the commanding view of the surrounding area all by ourselves. 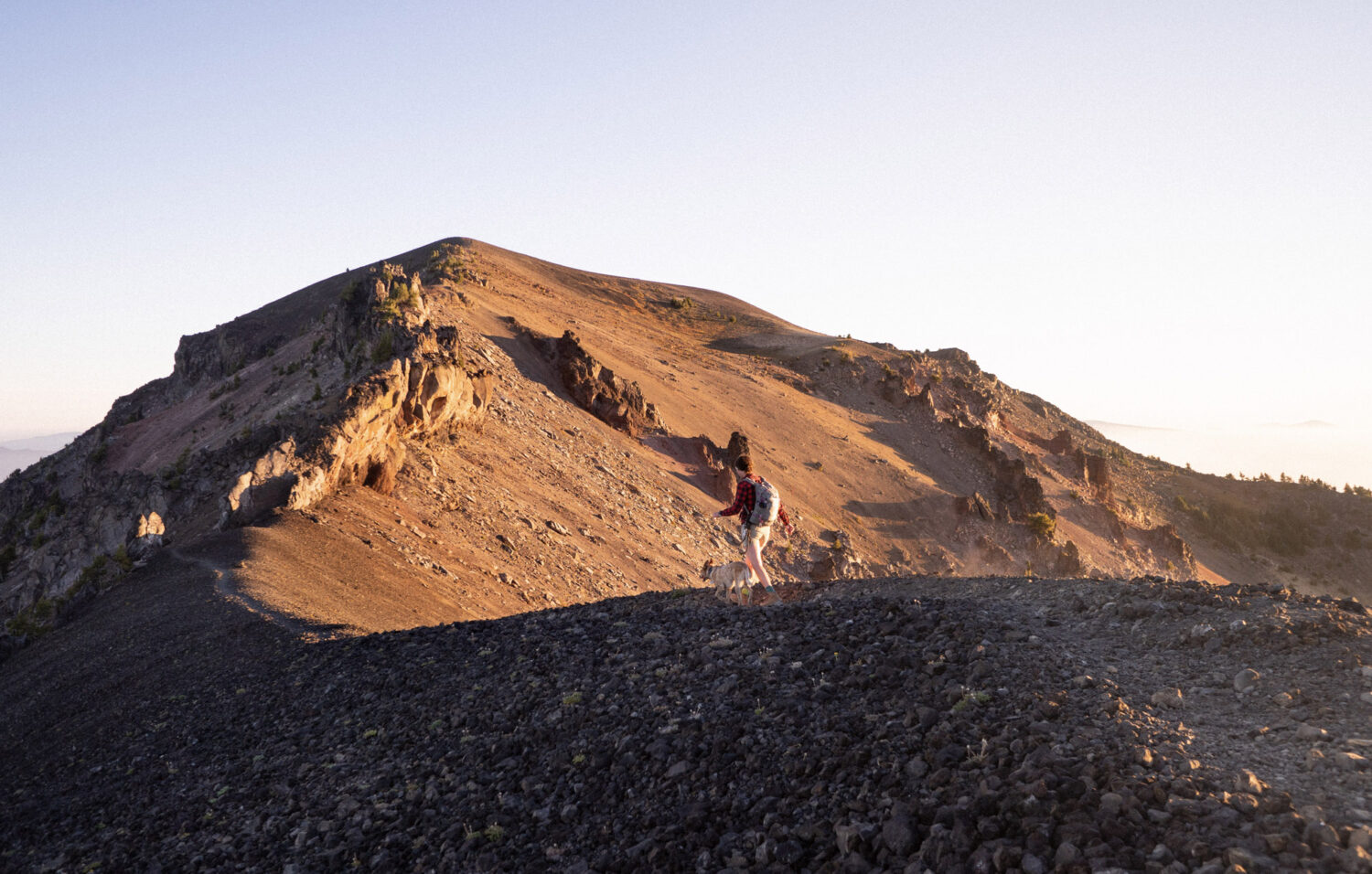 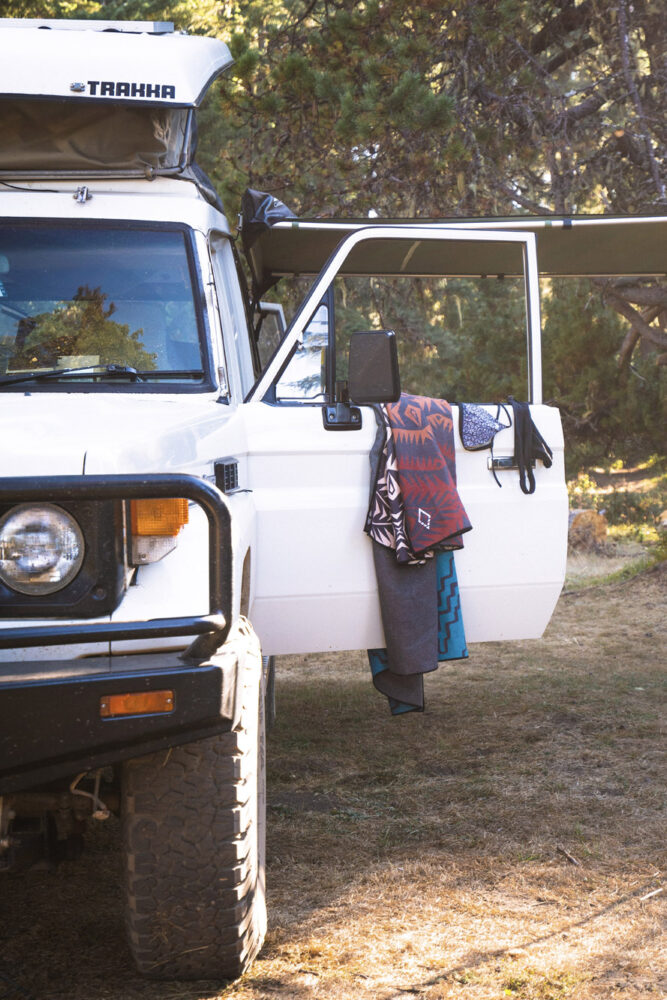 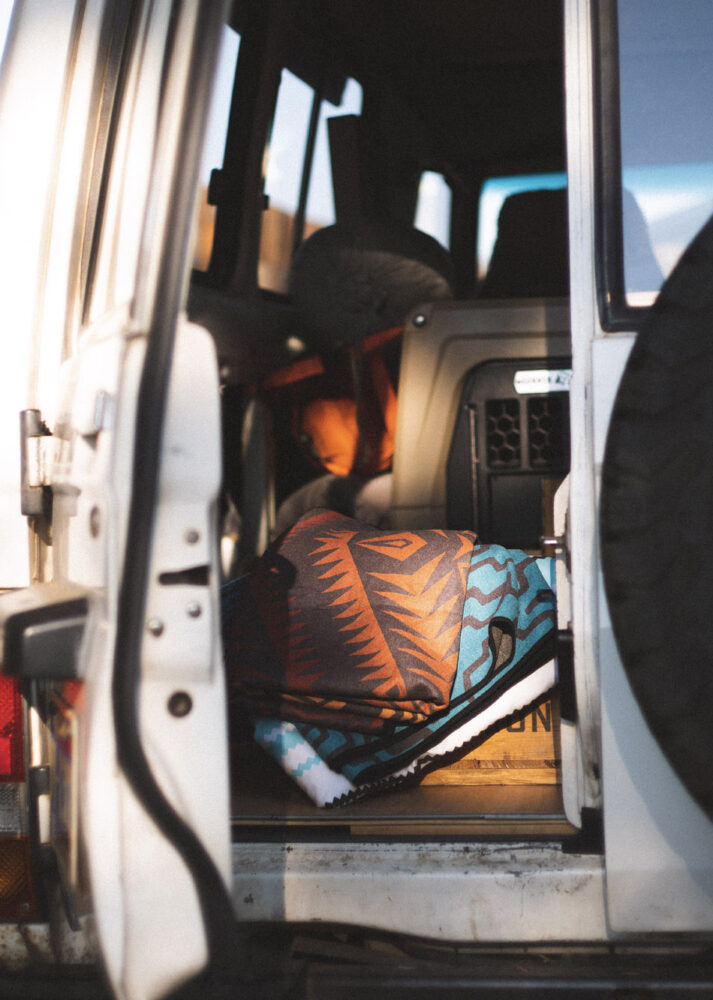 The tower itself was immensely satisfying to witness. Well-built structures in remote locations tend to have an aura amongst them that is rarely felt. Their durability is undeniable as you realize how many decades these buildings have weathered harsh winters at high elevations. Spending an evening sunset in the midst of such fine craftsmanship, it was all too easy to get introspective. These are the moments we live for. 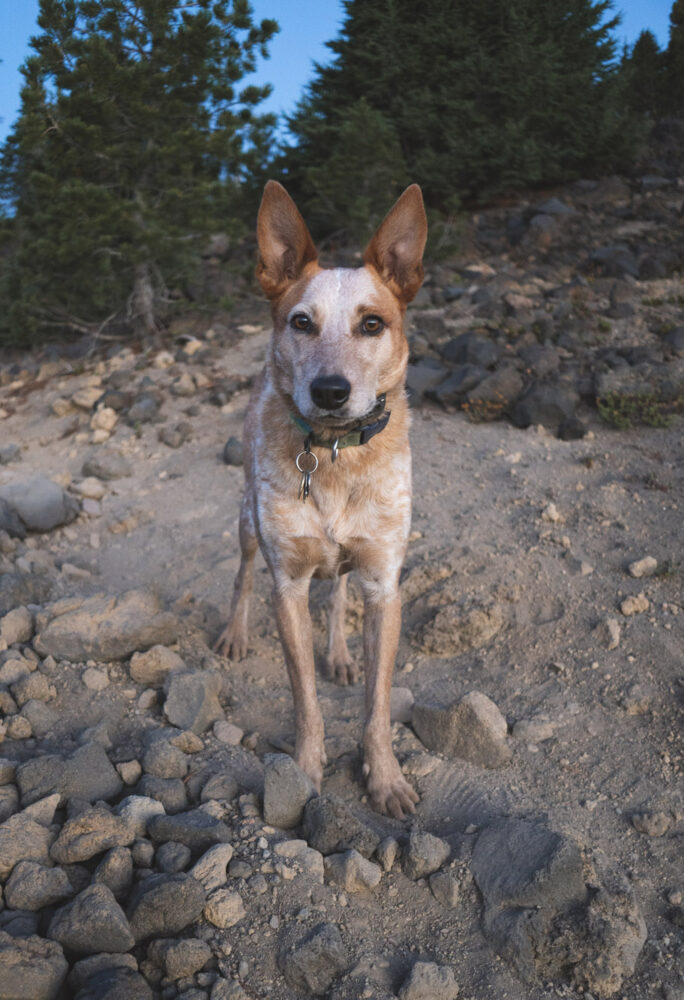 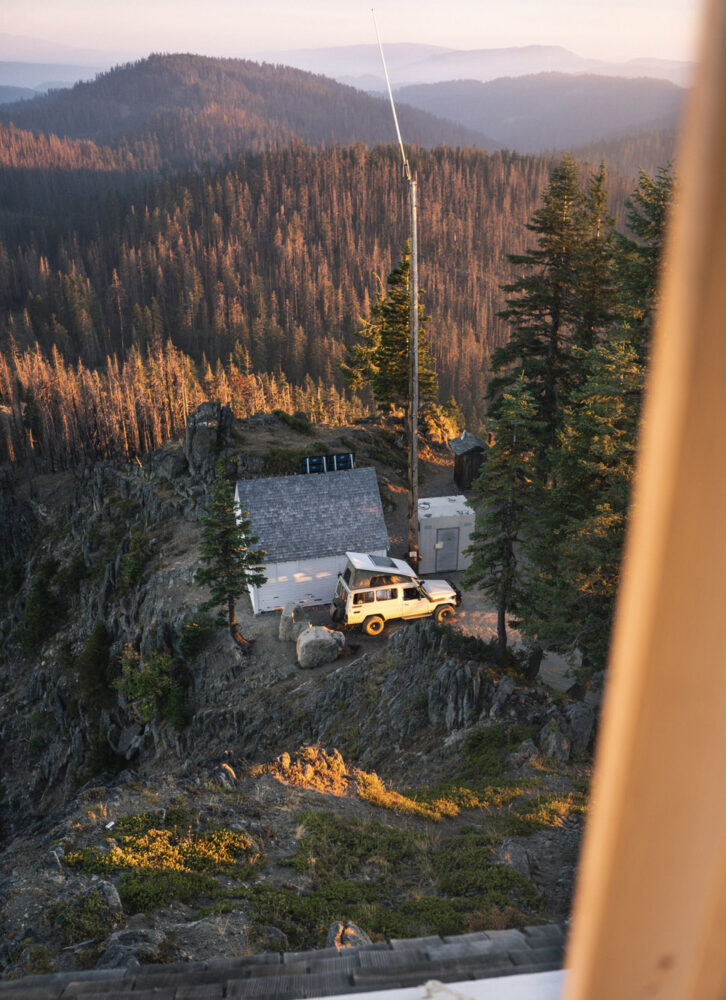 It’s these unexpected camp spots with phenomenal views and no one around that keeps us searching every bit of our state. They aren’t the attractions featured on social media, but when we find them, it makes the effort to get off the well-beaten path feel worthwhile. They are the places in between, the ones overlooked while getting to the national park. The beauty of these locations is not any less; it just takes a little more effort to seek them out.