Amidst a steaming, mosquito-filled jungle, Mark Smith wrestles with the steering wheel of his orange Jeep CJ-7, bouncing over rocks, damp earth, and the roots of tall ceiba trees. The skin beneath his white-brimmed hat is drenched with sweat, and several weeks’ worth of unshaven silver beard isn’t helping. At 105°F, the heat is stifling. Topped with aluminum ladders, rigid bull bars, and roll cages, five American-plated Jeeps follow Smith’s lead while a group of bush cutters chop and hack the nearly impenetrable jungle brush ahead. The going is rough, but the team presses on, advancing a mere 500 meters before dusk envelopes the infamous Darién Gap.

This 31-day crossing marked the most difficult section of the 1978-1979 Expedición de las Américas, a five-month, 20,000-mile overland journey along the entirety of the Pan-American Highway. The trip from Tierra del Fuego, Argentina, to Prudhoe Bay, Alaska, was a dream of four-wheel-drive specialist and expedition leader Mark Smith. In an interview with Overland Journal in 2012, Smith explained what lured him to the region. “I first heard about the Darién when I was in my 30s. After doing the Rubicon [Trail] for so many years, I started looking for the ultimate challenge with a Jeep, just as a mountain climber looks for a higher mountain. The Darién was it.” 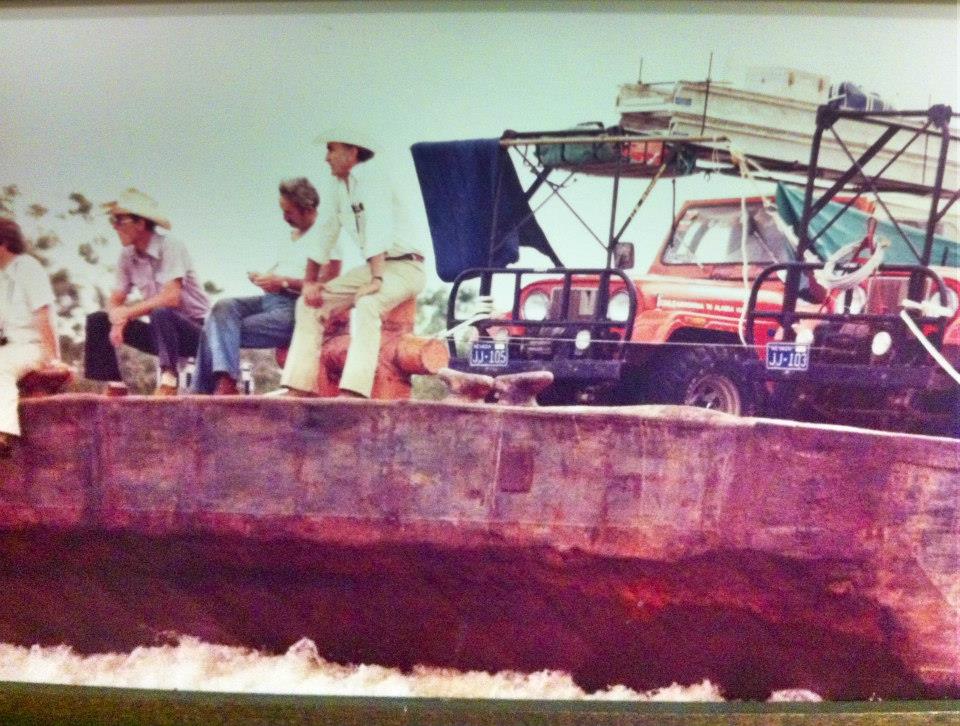 The Darién is a 66-mile (106-kilometer) stretch of roadless jungle that lies between Yaviza, Panama, and Turbo, Colombia. The landscape, primarily dominated by meandering river deltas, swamps, and mountainous rainforest, is sparsely populated and remote. For present-day adventurers, this region is a no-go due to significant safety concerns, including the presence of notorious narco-traffickers and guerrillas, and a history of kidnappings and killings by the Revolutionary Armed Forces of Colombia (FARC). The early years of Colombia’s civil conflict marked a time where groups, such as Smith and his team, could safely move through the area.

Sussing out whether a Darién Gap crossing was more than a mere pipe dream, Smith and expedition teammate Ken Collins made two scouting trips to Panama and Colombia in 1976 and 1977. In film footage, Collins noted that these intel-gathering trips boosted their confidence in the mission. “We heard all kinds of stories—discouraging tales. But we’re not people that are easily discouraged. We felt it was really possible.”

Folks have been drawn to this region for ages. The Trans-Darién Expedition of 1959-60 achieved the first vehicle crossing by Land Rover 88 Station Wagon and a four-wheel-drive Jeep pickup. Three Corvairs and several Chevrolet four-wheel-drive trucks crossed the following year, abandoning one of the Corvairs in the jungle. While a handful of crossings were undertaken prior to the Expedición de las Américas trip, it was noted as being the only known four-wheeled crossing from south to north. 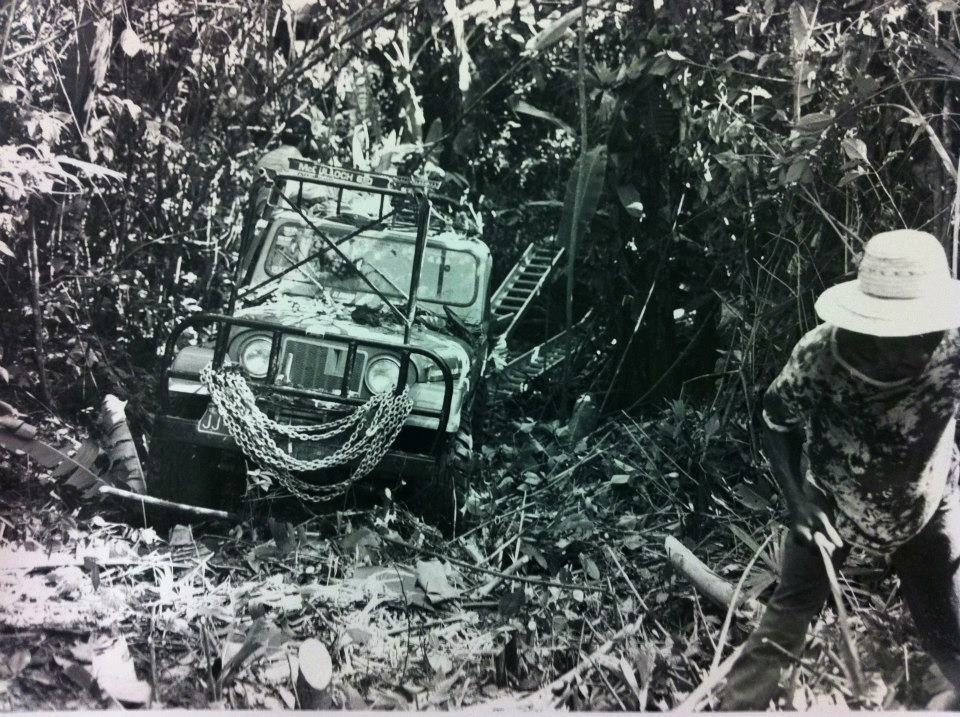 The team worked with AMC Jeep, who dedicated five stock CJ-7s for the expedition. Winches provided by Ramsey Winch proved indispensable for steep uphill grades, while specially designed ladders made crossing deep creeks and washes possible. As for the crew, three Colombians, including guide Carlos Martinez, joined the team, while 25 Chocó men helped cut the trail with chain saws and machetes. “Because the bush cutters from Colombia did not have Panamanian visas, they turned back mid-way, and we recruited from local villages,” Smith explained. These recruits, from the Emberá-Wounaan and Guna indigenous communities, knew the land well and aided with river crossings. Where forging rivers was impossible, the Jeeps were either placed upon balsa wood rafts or atop the ladders, which straddled two dugout canoes (called piraguas) and were pushed across by the men. 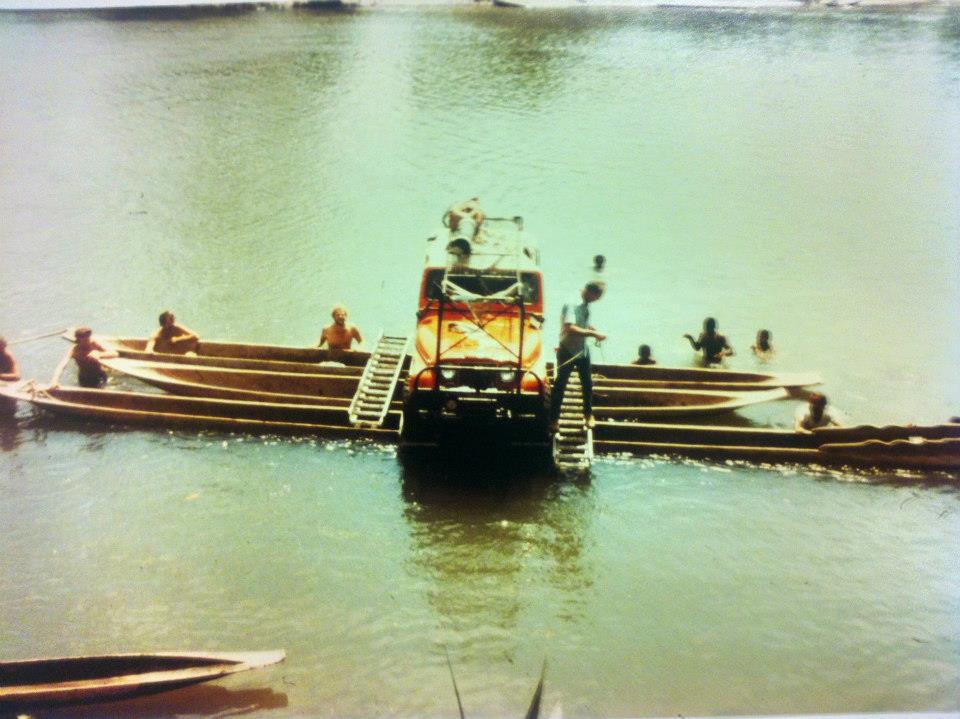 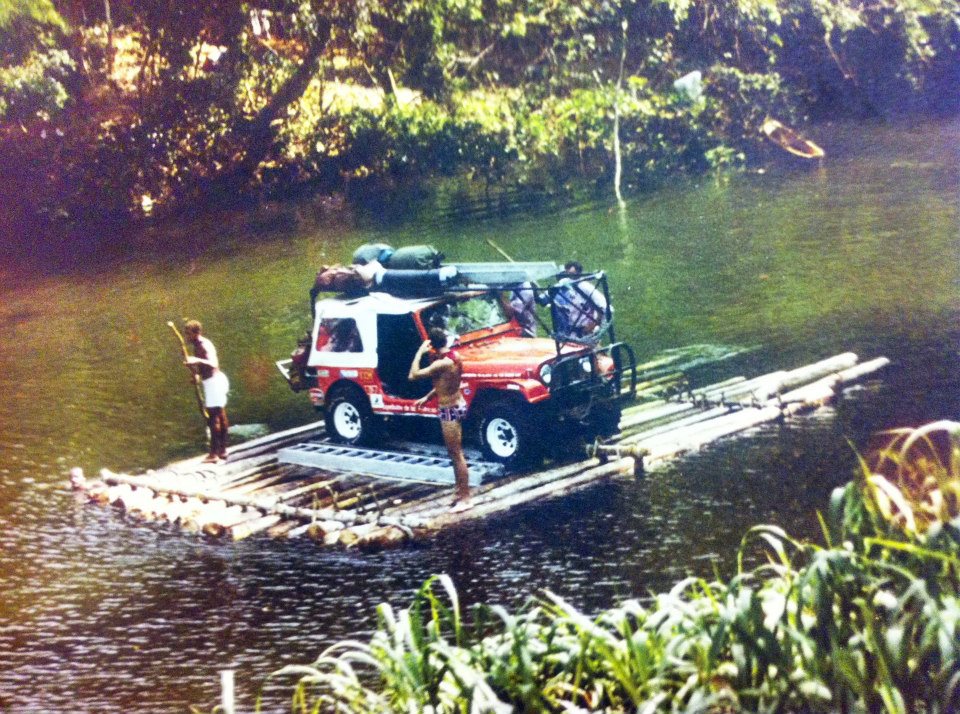 Despite these challenges, the Darién proved to be a special place. Martinez described the region “like a big temple” —something to be admired but approached with caution. “It is not like something that you’re going to conquer. No, it is different. It is something that you get embedded in and get to live within it. I think the people like us [who] live most of the time in the big cities…we forget the feel of nature.”

After 31 days in the jungle, the team crossed into a clearing. The men snapped photographs, shook hands, and slapped each other’s backs in a hug. From the shirtless bandana-clad youngsters to the 60-somethings in flat caps, the crew made it through the Darién Gap. “We just had an unbeatable team,” said Smith. “Yankee ingenuity, equipment, and men to match the Darién.” 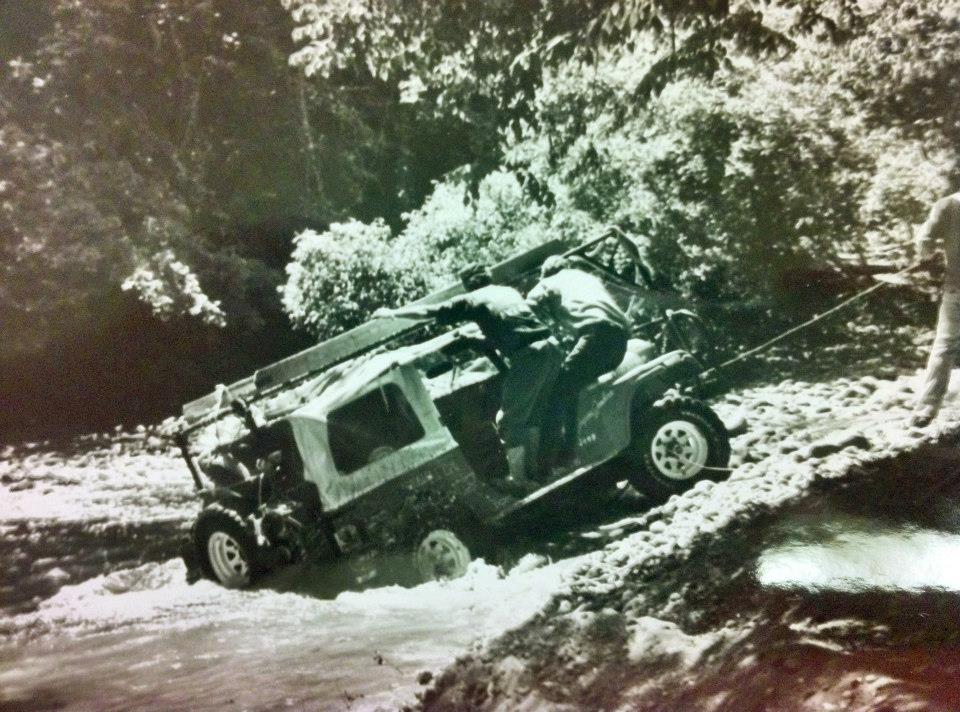 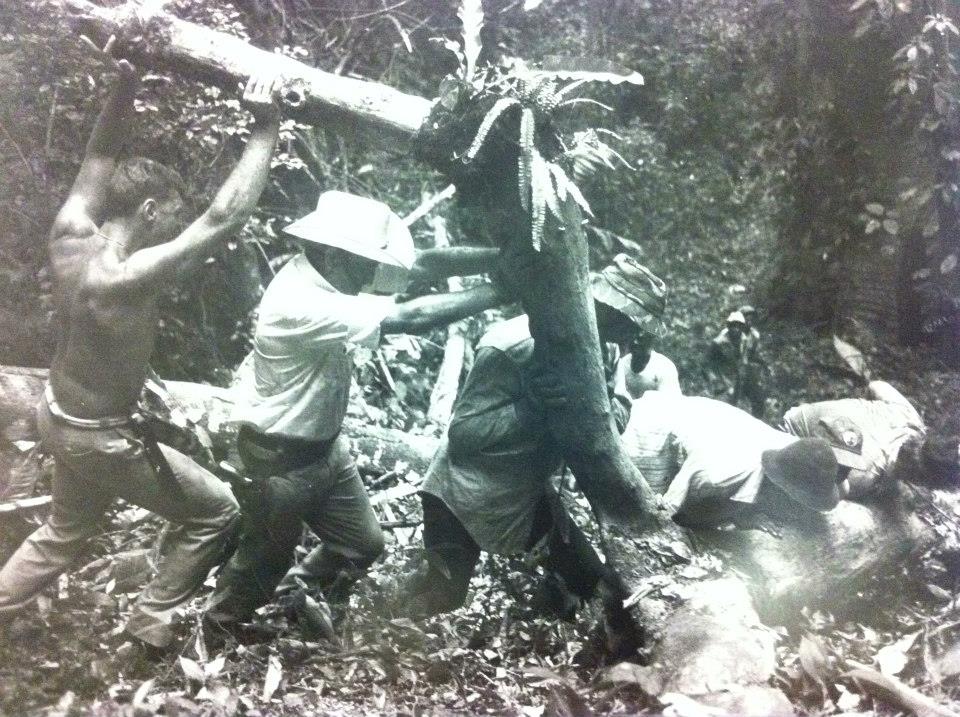 Forty-two years later, I’m deep into the YouTube rabbit hole when I suddenly stumble across this film. It appears the cameras were rolling during the Expedición de las Américas trip. I’m glad. From the booming narrator to the 70’s film aesthetic and catchy Americana theme song, this video captures overland travel in a time and place that’s impossible to return to.