I don’t think the Ford Econoline gets nearly the credit it deserves. While most of us look at the GT and the Mustang as the blue oval’s heritage cars, I feel the E-Series is equally deserving, perhaps more so. I mean, sure, the GT won a lot of titles. And the Mustang inspired generations of enthusiasts with its big V8 and aggressive design. But the Econoline helped build America, and once it had, it stuck around to help maintain it. It has served nobly under plumbers, construction workers, delivery drivers, and electricians alike. It can be found chasing storms, following news stories, or working on set as a CIA or kidnap van in the movies. When it’s done working though, the E-Series is all about hauling fun, from mountain bikes, kayaks, or white water rafts to serving as one of the best adventure vans available today. It’s little wonder why the E-Series has been in production for nearly 60 years and is Ford’s second-longest-running nameplate, surpassed only by that of the F-150. It is an icon and a much-loved platform that reigned as the best selling full-size van in America for decades. But in 2014, that all came to an end. 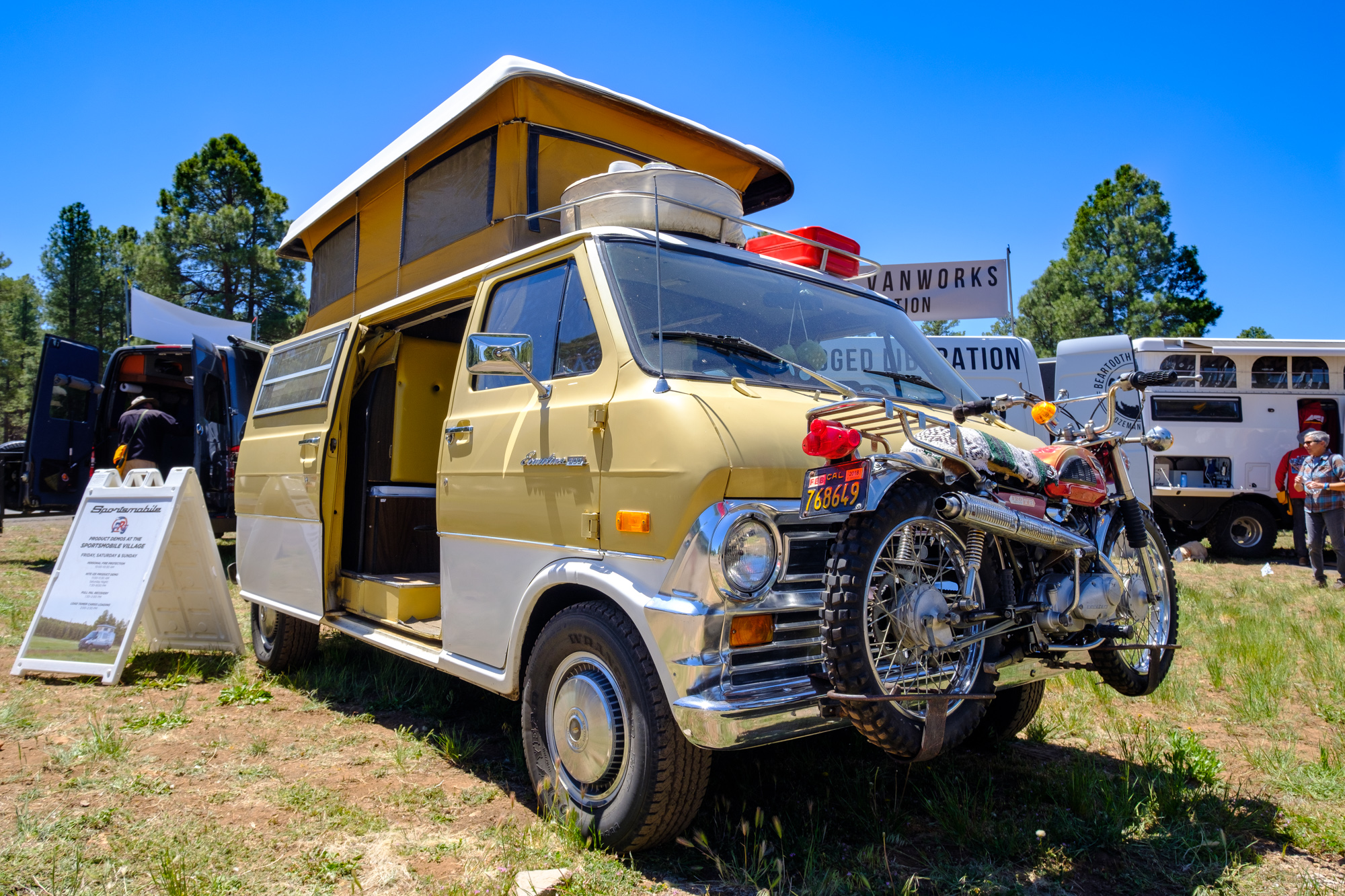 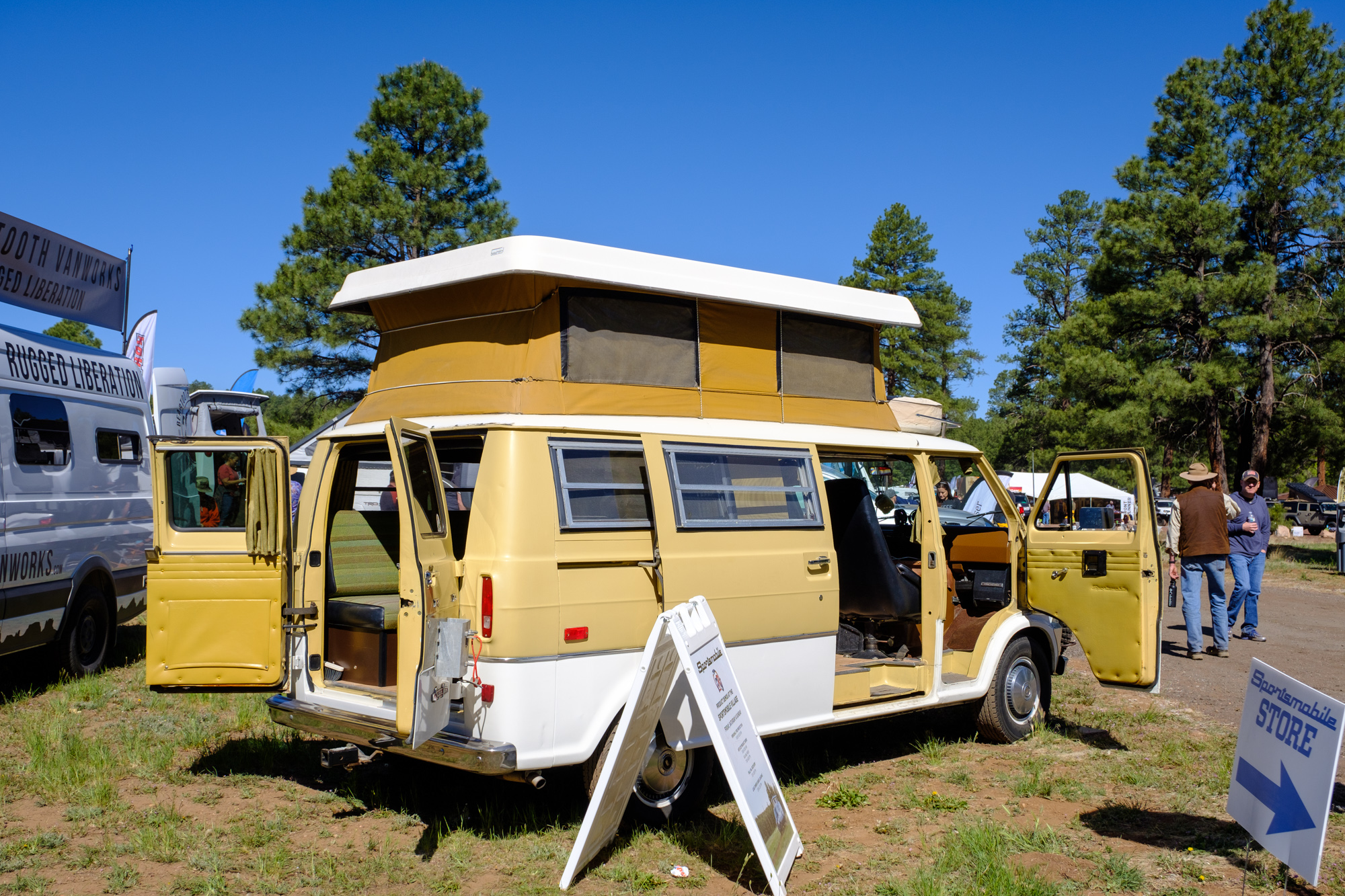 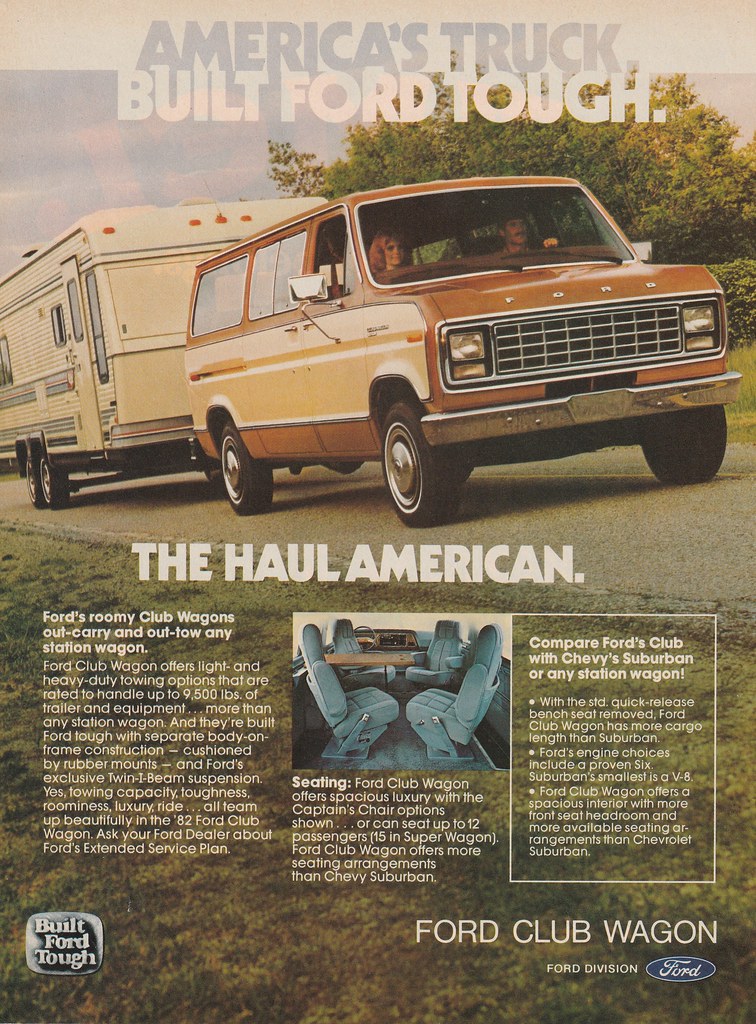 In reaction to fierce competition from other manufacturers and increased demand for more economical transport, Ford scrapped the E-Series in favor of the Transit. A cutaway variant remained in production, but the E-Series as we knew it was gone forever—or so we thought.

Determined that this fantastic campervan not vanish completely, one manufacturer set to work recreating a new, and arguably better, rear body to match to the cutaway E-Series still in production. That manufacturer is Sportsmobile, and the van they’ve created is called the Sportsmobile Classic. 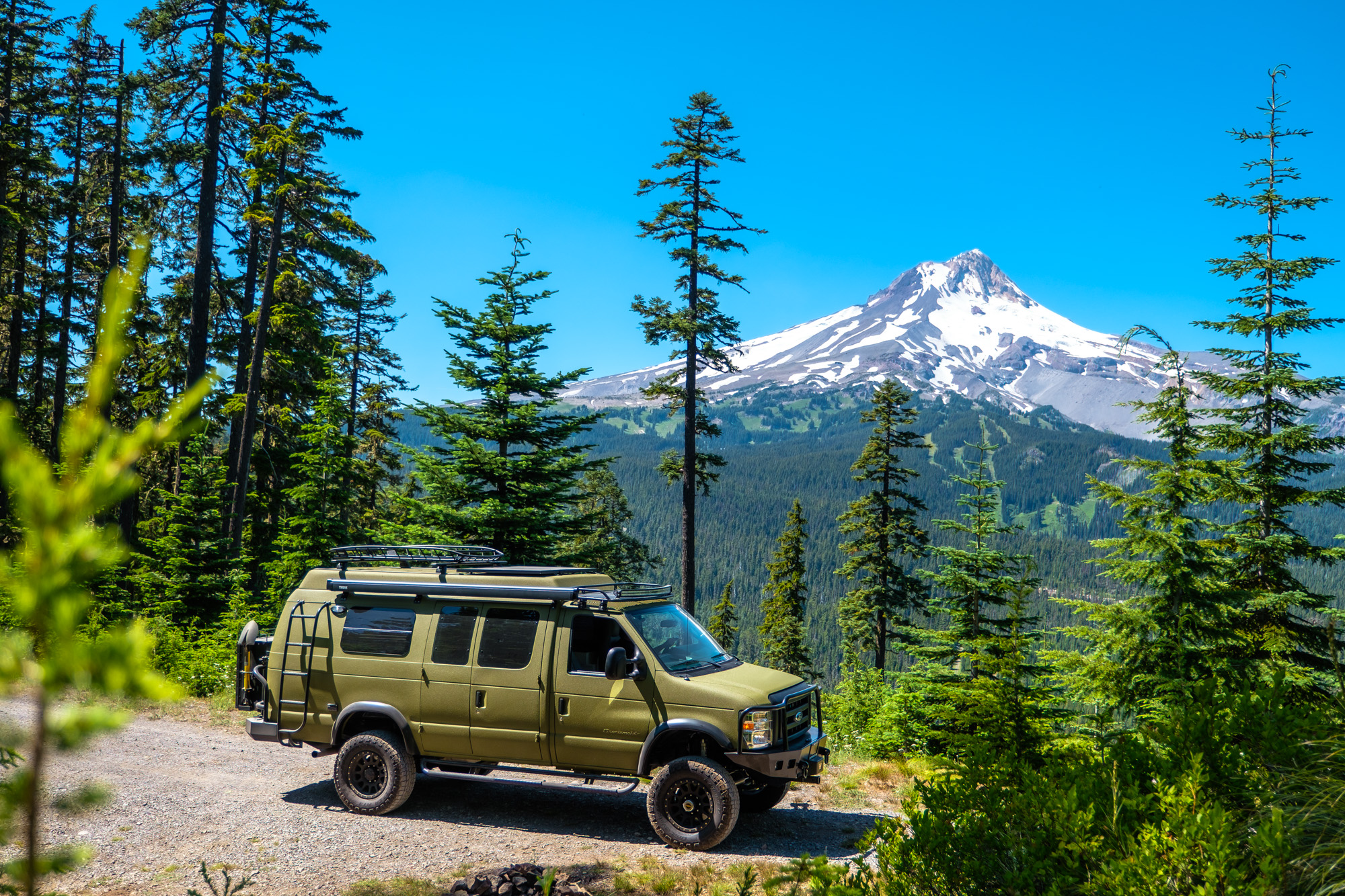 A Closer Look at the Classic

Every classic is built around Sportsmobile’s custom fiberglass and steel body, which is coated in a Line-X paint and cannot rust. That alone is a big advantage for the new platform, but it also weighs 600 pounds less than the traditional steel body, which translates to 600 pounds more payload capacity. Add that to the 600-pound-higher payload of the cutaway chassis over the old standard chassis, and this van carries a 1,200-pound-heavier payload than the original Econoline. The cutaway also gives this van a 10,000 pound towing capacity, which is double that of competing sprinters. 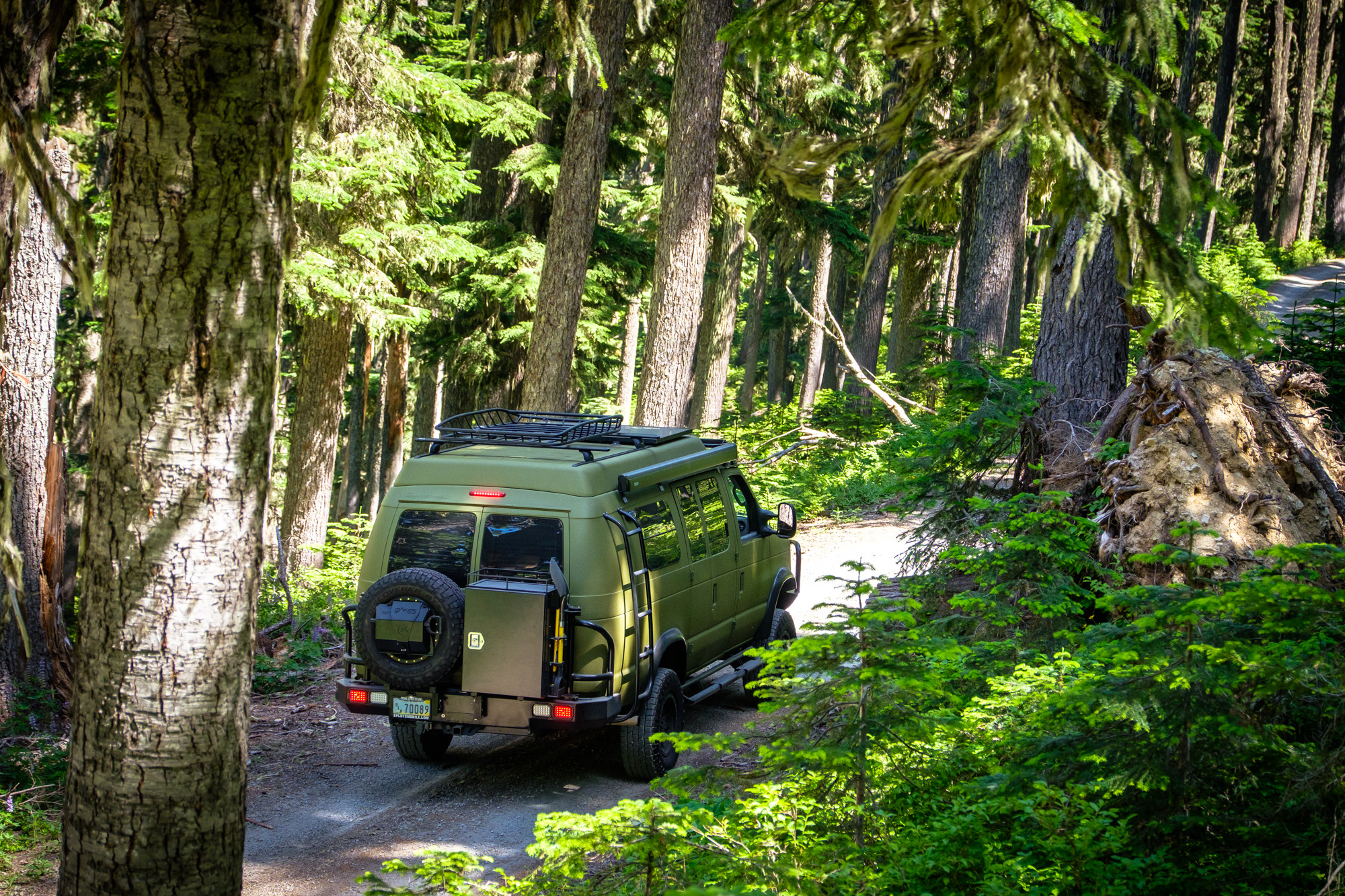 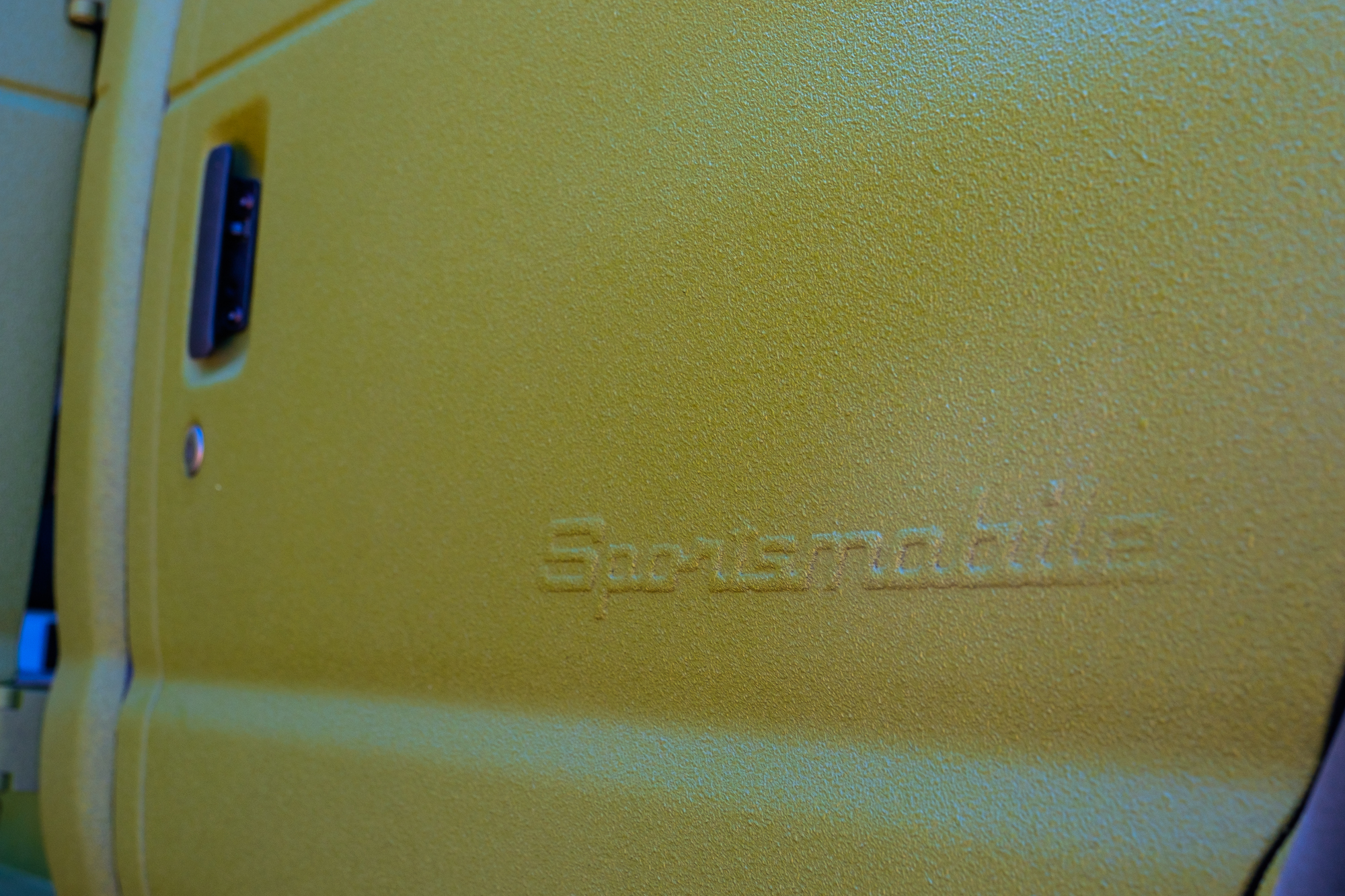 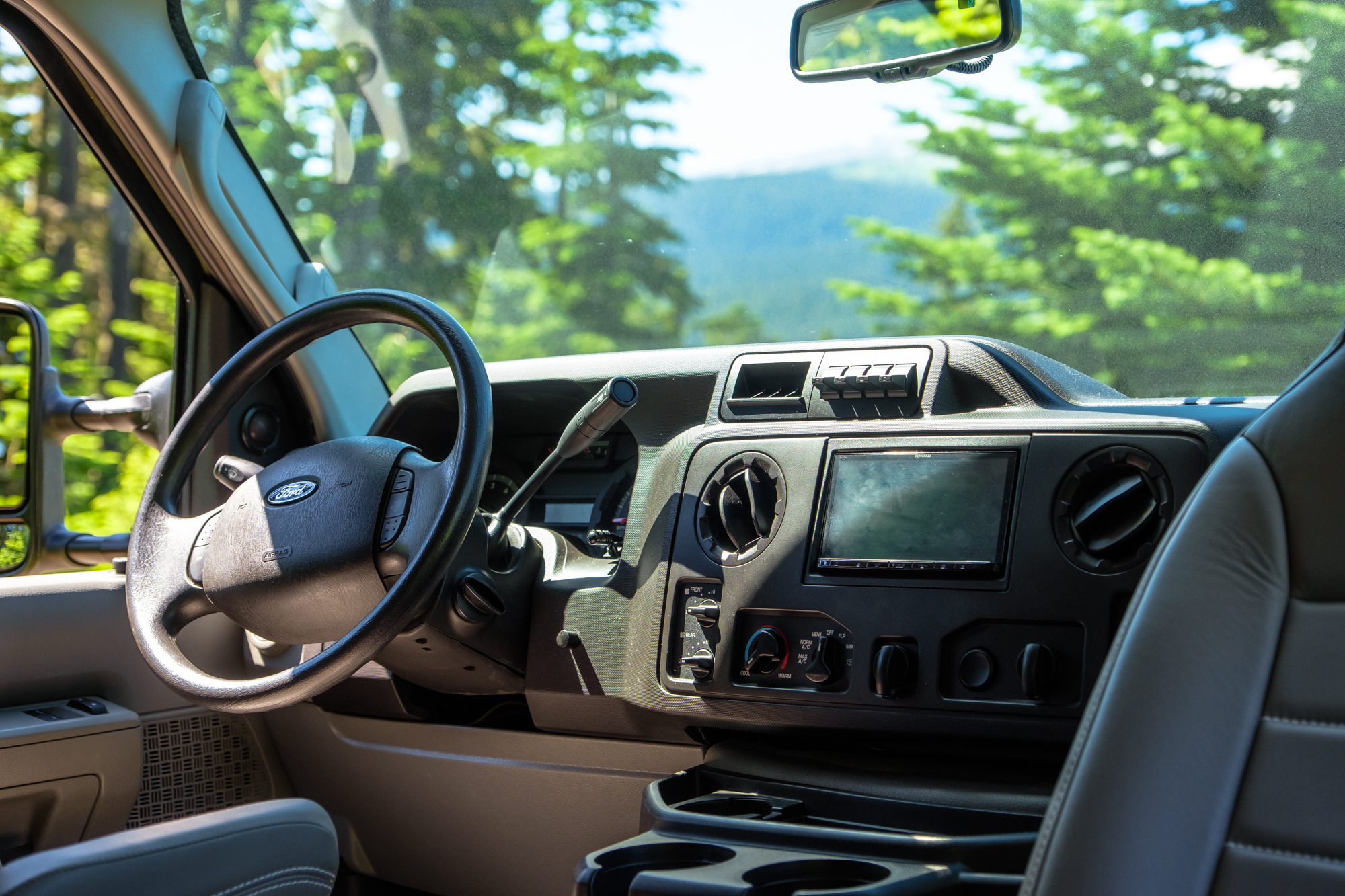 Despite these massive improvements, the looks don’t change much, because the new body is made to mimic the lines of the original E-350, at least, they’re made to almost mimic them. Creating an entirely new body gave Sportsmobile the chance to improve on Ford’s original design to optimize it for camping. This included changes such as widening the body, adding new storage options under the floor, and reshaping interior panels. The net gain was that despite only adding 1 inch to either side of the vehicle, they gained an additional 4 inches of interior width. That has a huge impact on the living space when you stand inside, and also allows for beds to run width-wise in addition to just the traditional front to back orientation. The classic we tested here was equipped with an RB-50 floor plan and included all the comforts of home, from a ProAir rear A/C system and Espar D-5 Furnace and hot water heater to a Thetford toilet, Isotherm refrigerator, and microwave oven. It was also equipped with Sportsmobile’s extreme weather insulation package, enabling the cabin to stay warm or cool in almost any conditions. 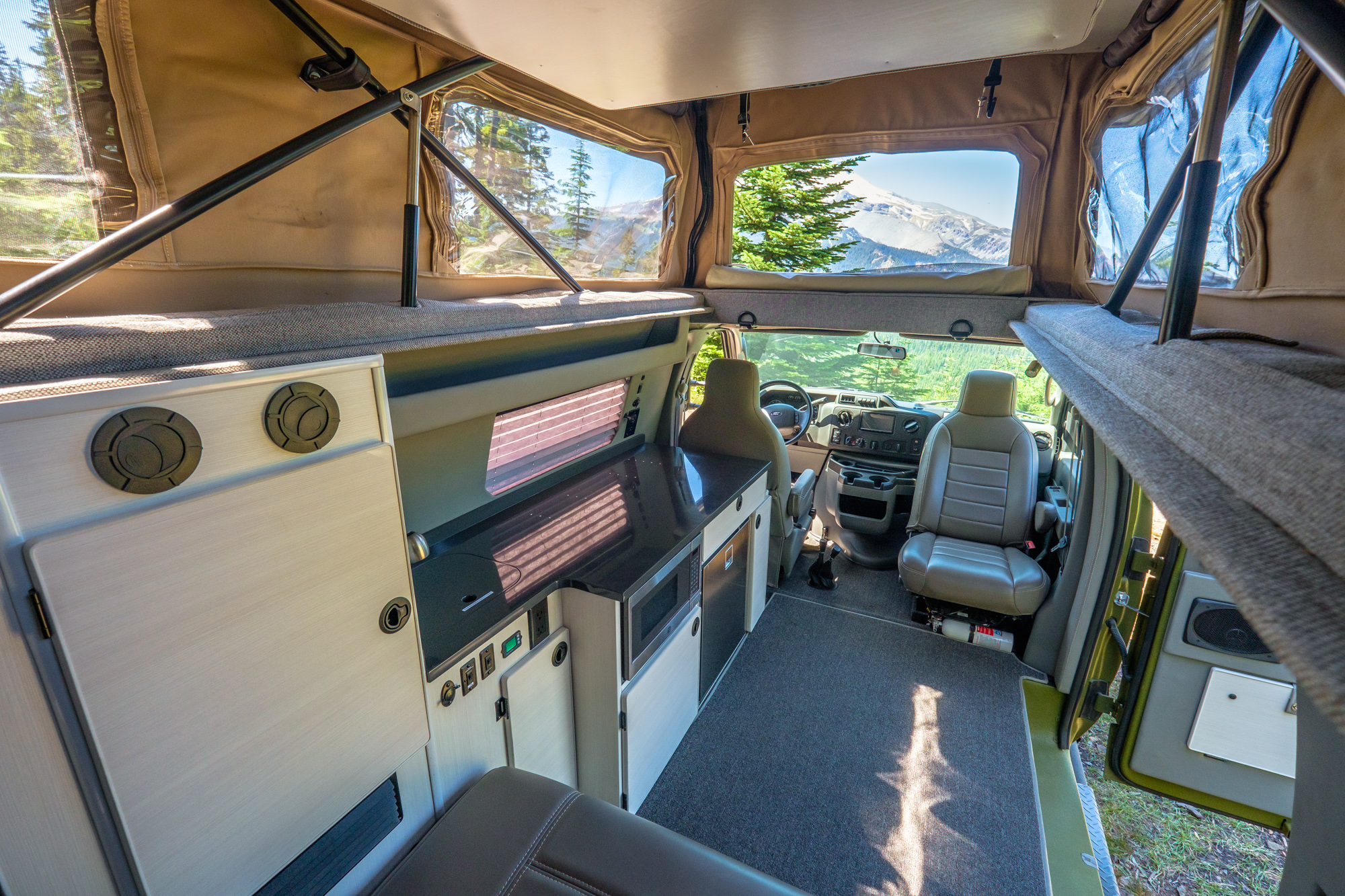 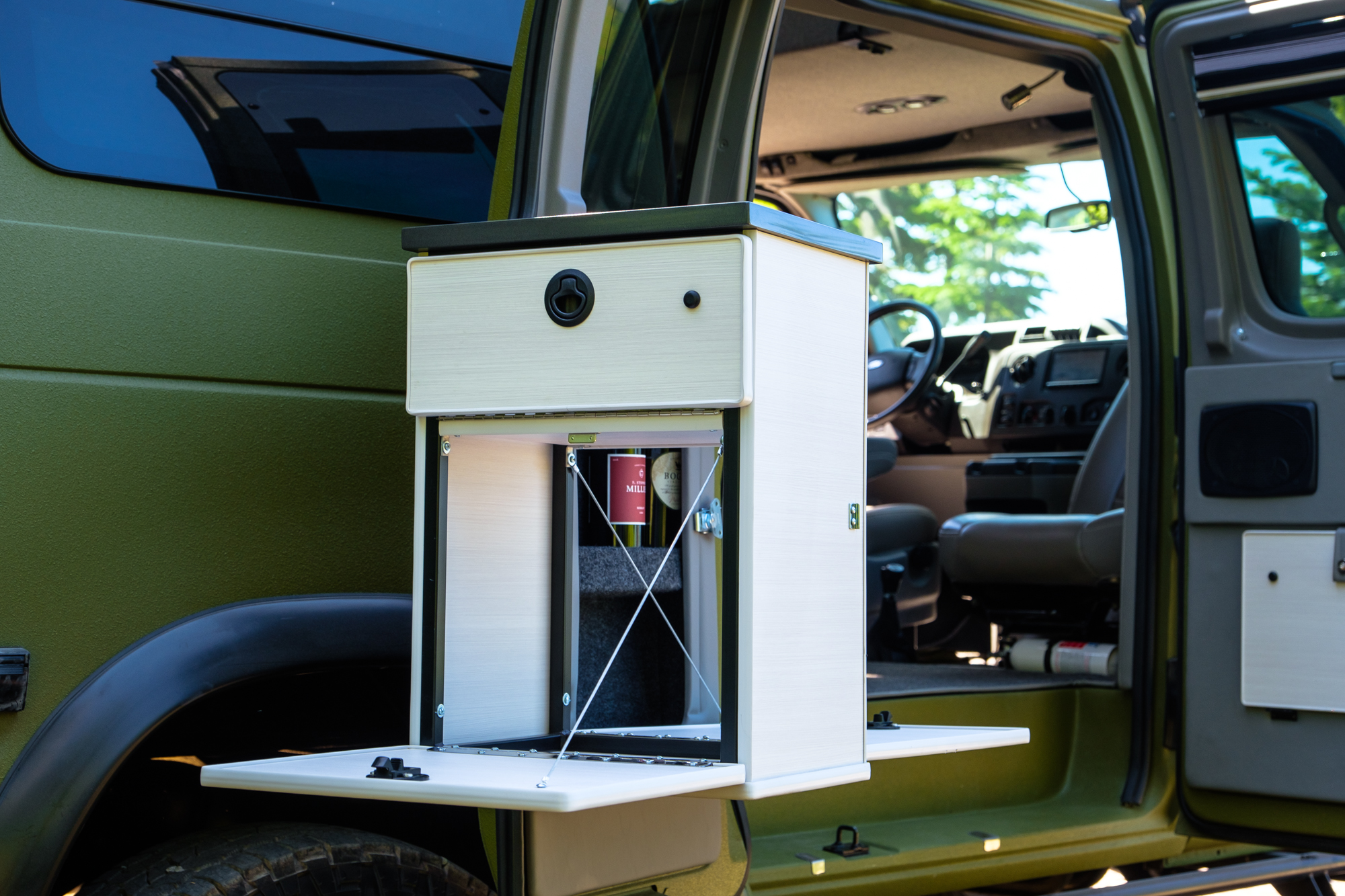 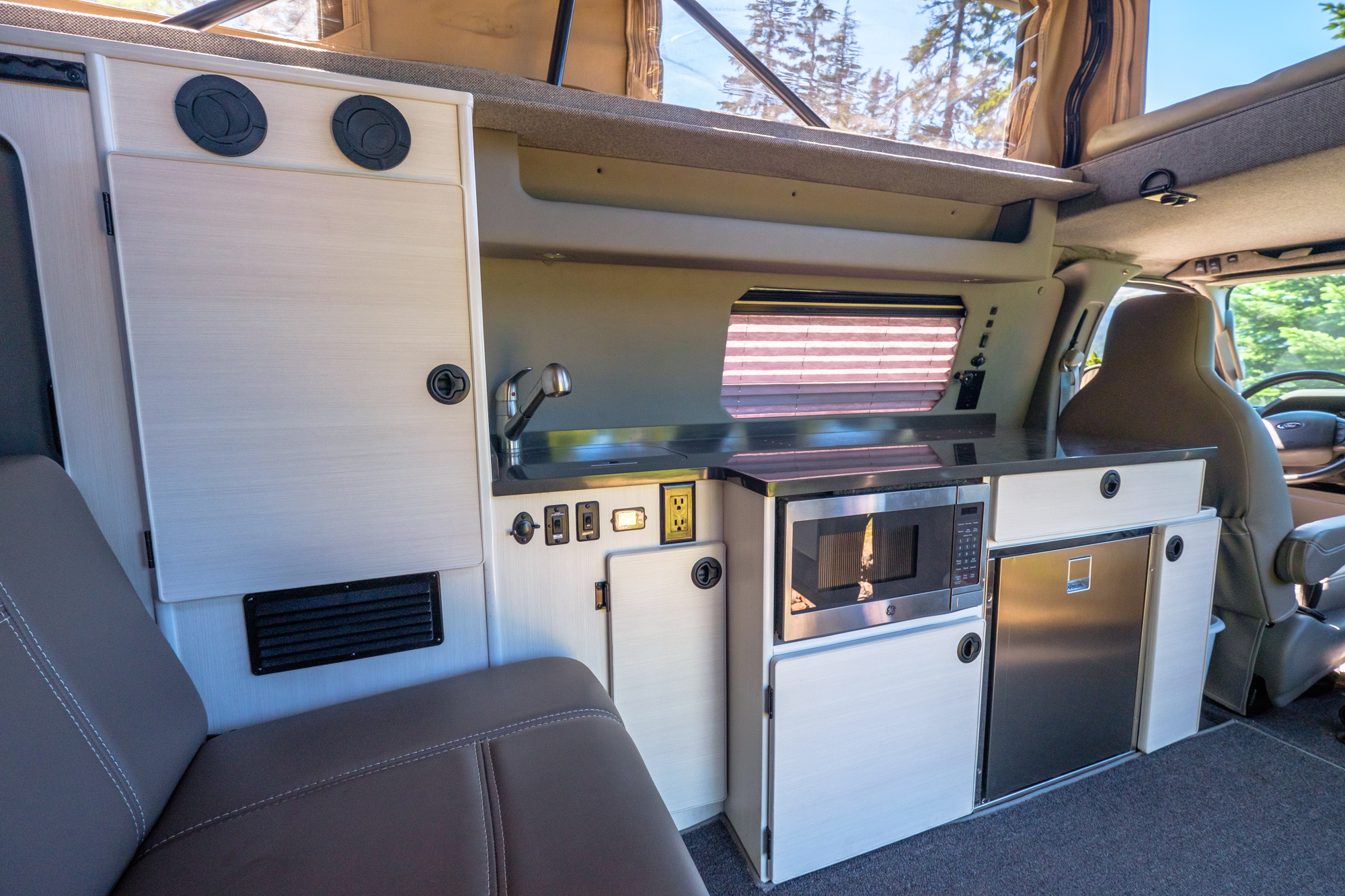 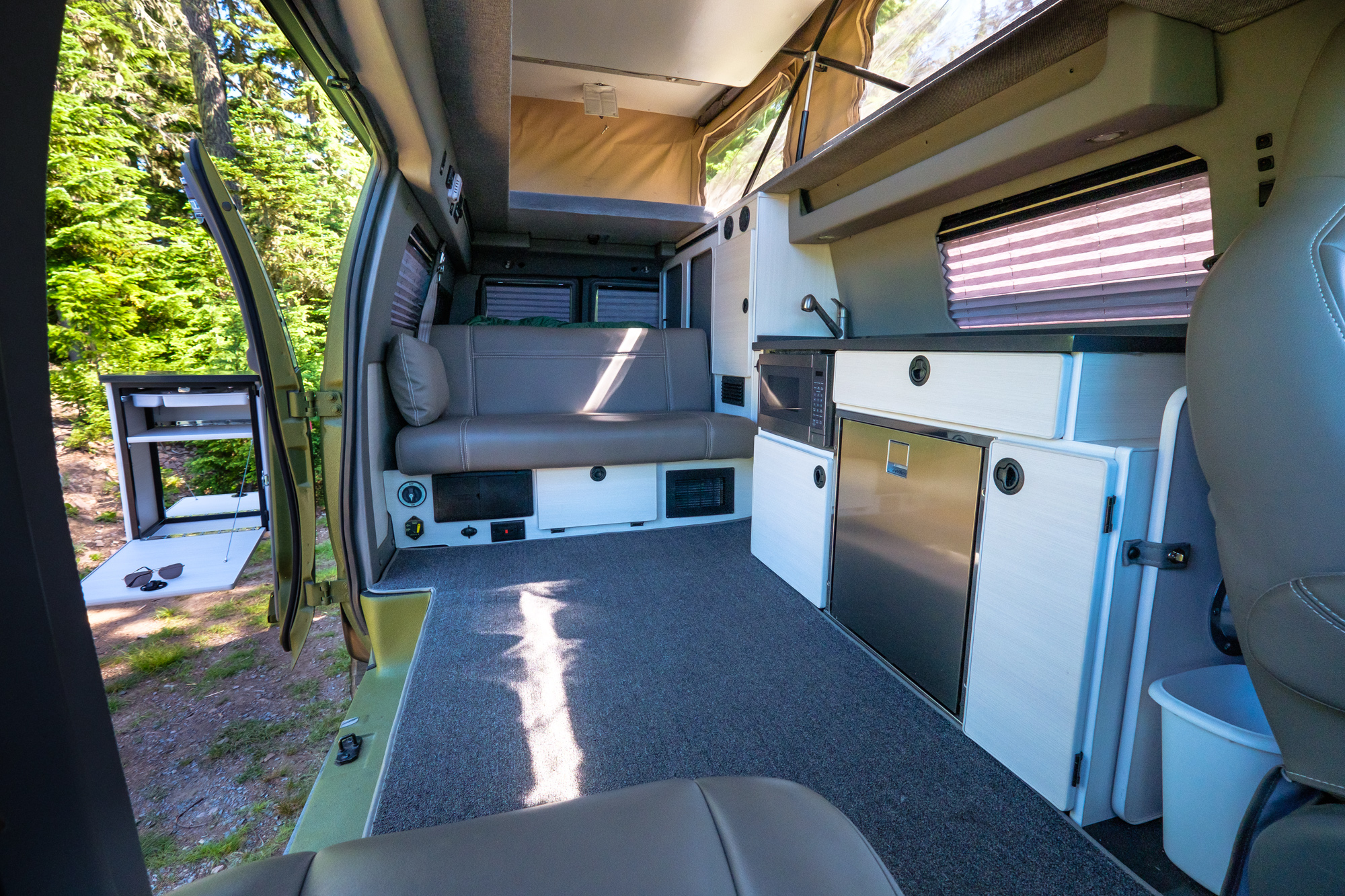 Like the original E-350, the exterior of the Classic body can be equipped with a range of upgrades and accessories to make life on the road easier. This van’s top is equipped with a Thule rack and track system for storage, and an additional Aluminess cab rack with Rigid light bar. A 10-foot Thule awning is bolted to the side, while 230 watts of solar panels charge the internal lithium-ion battery system. There’s even a side ladder to make accessing all of that easy and safe. 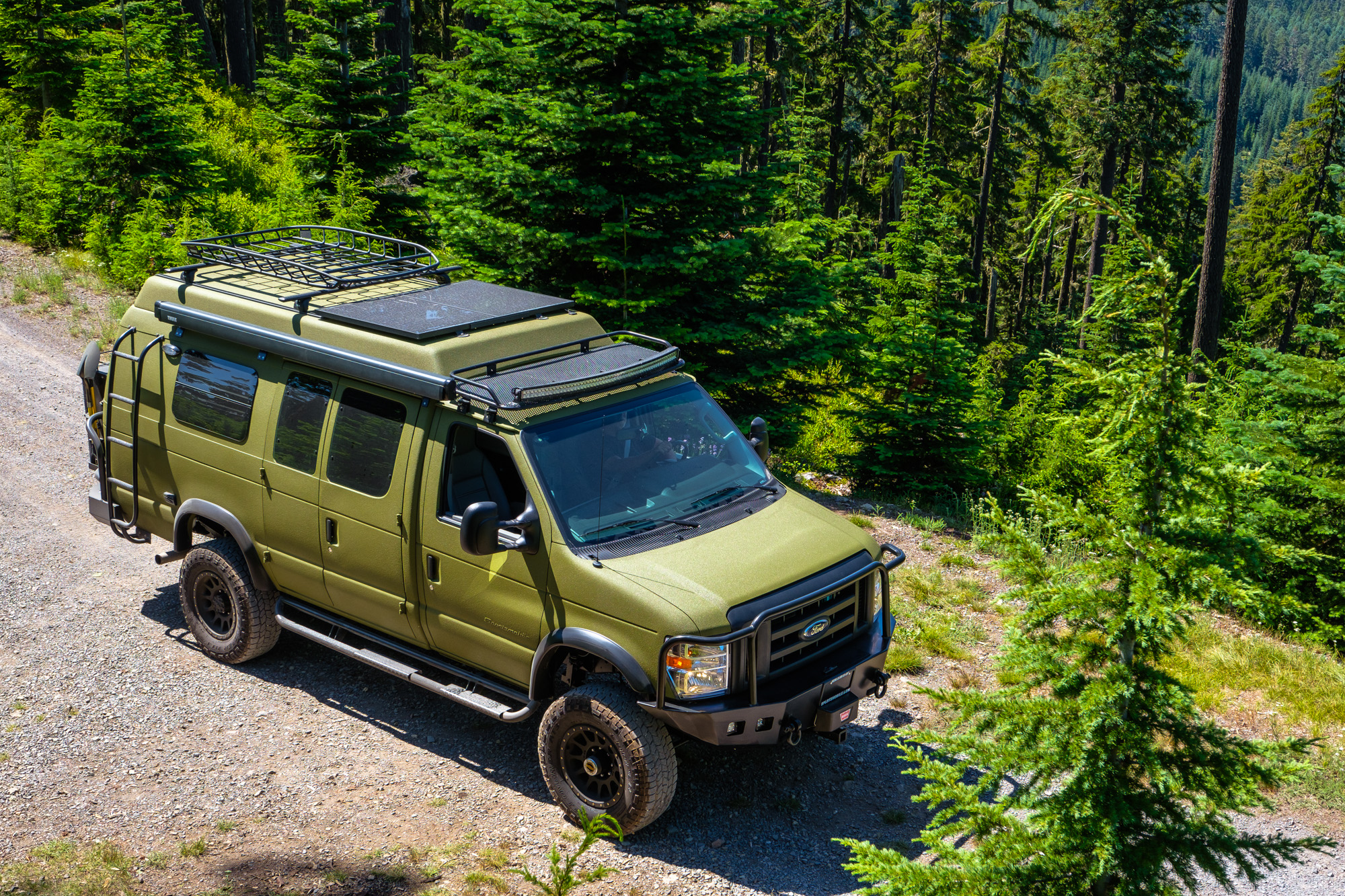 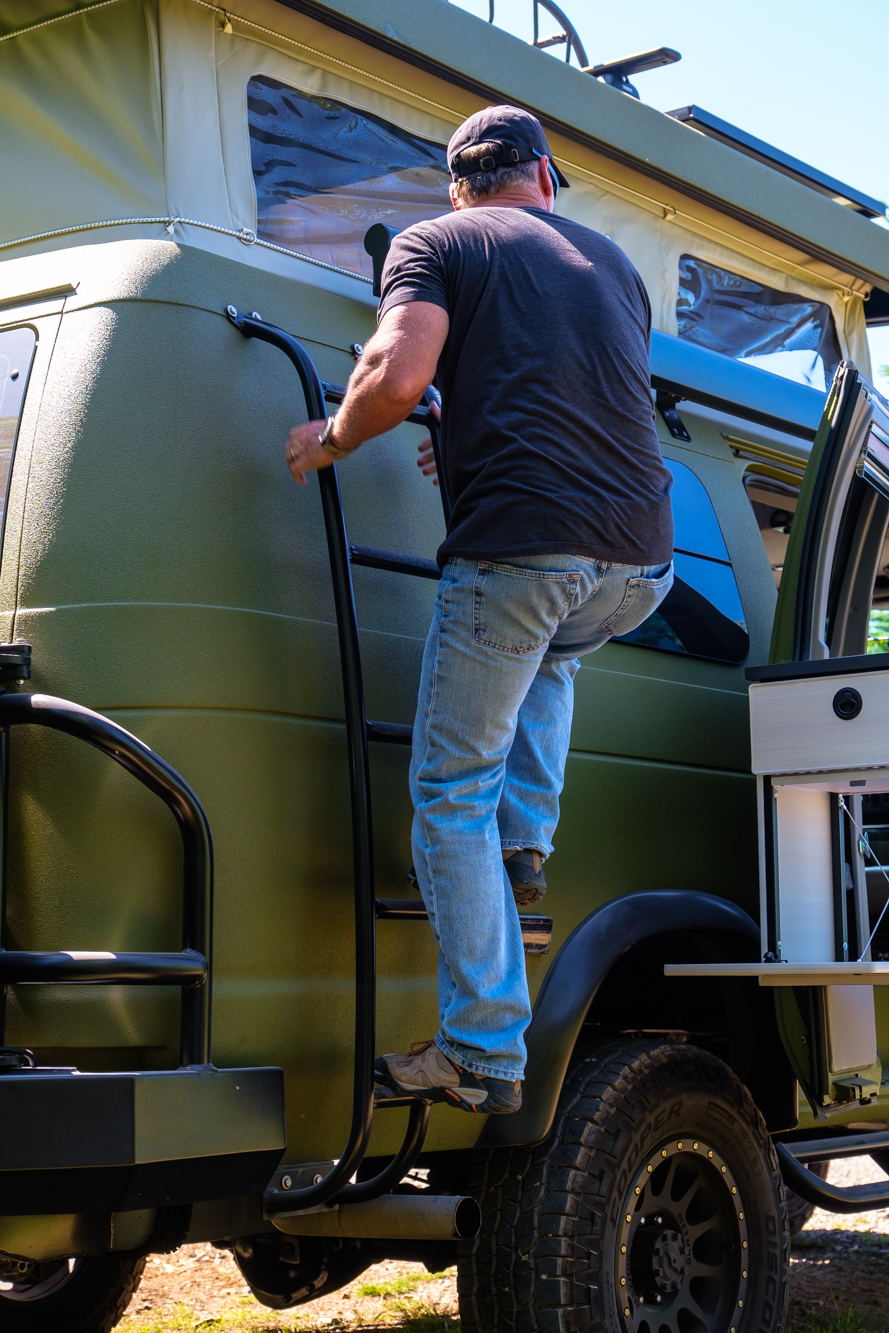 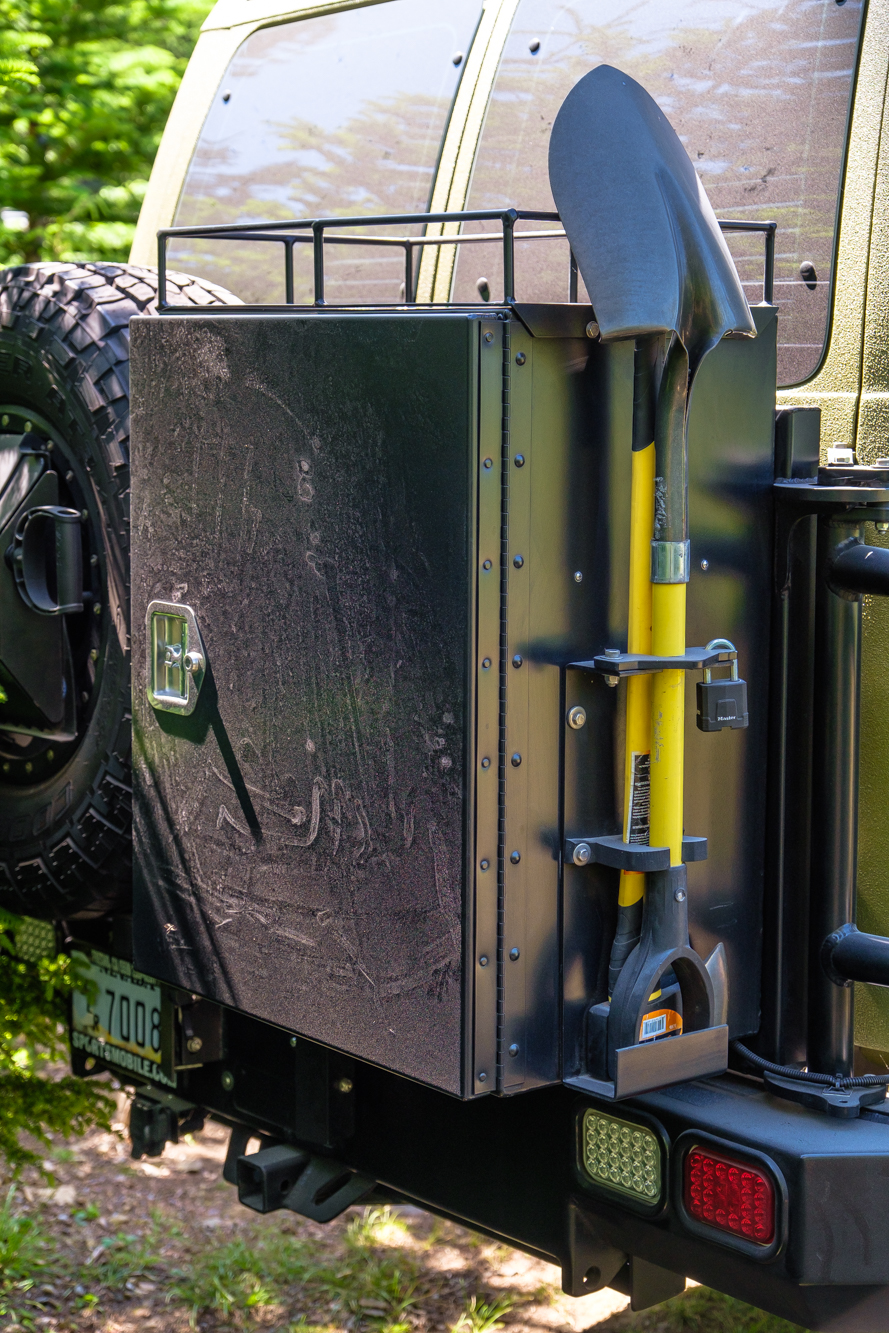 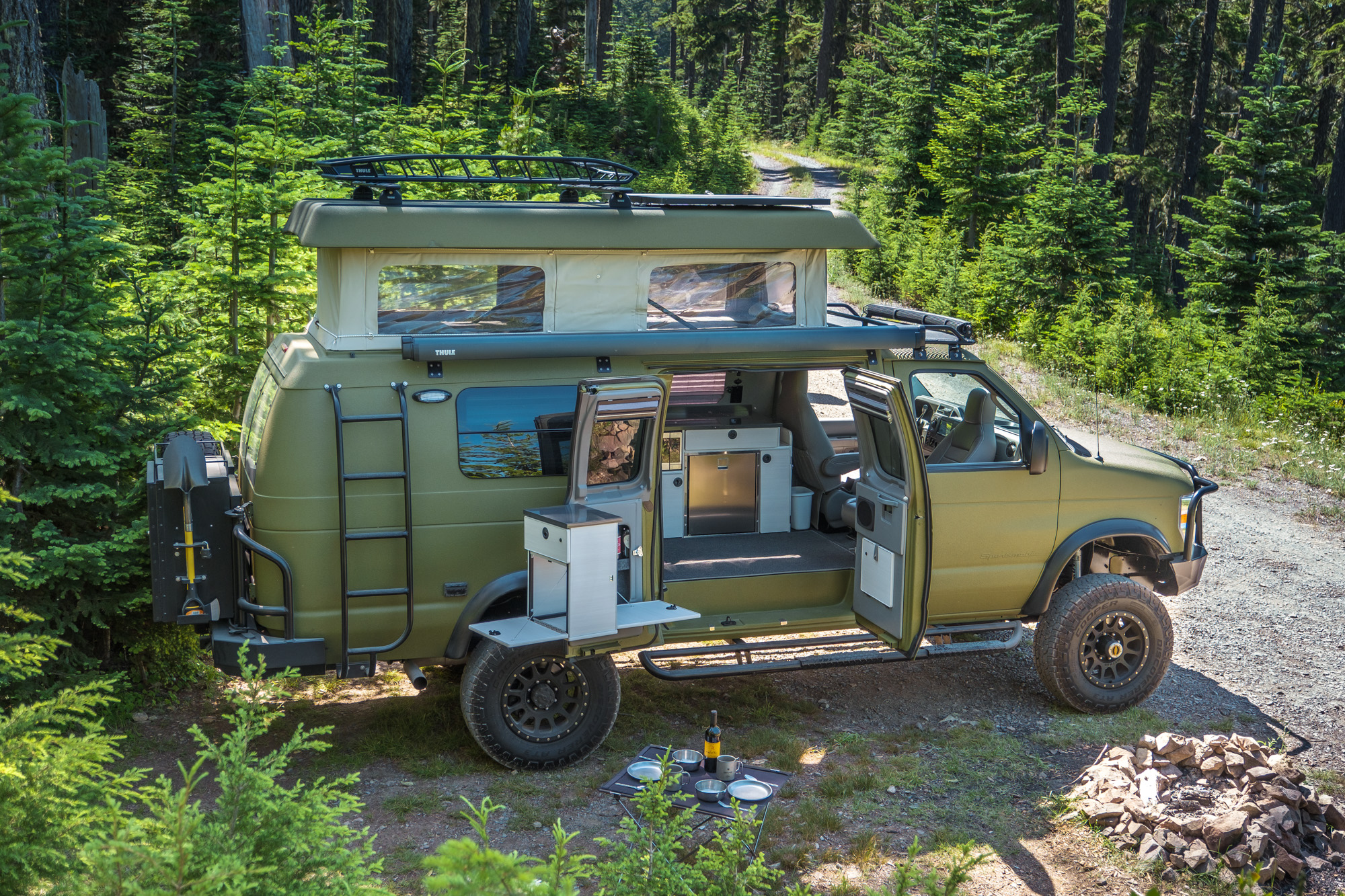 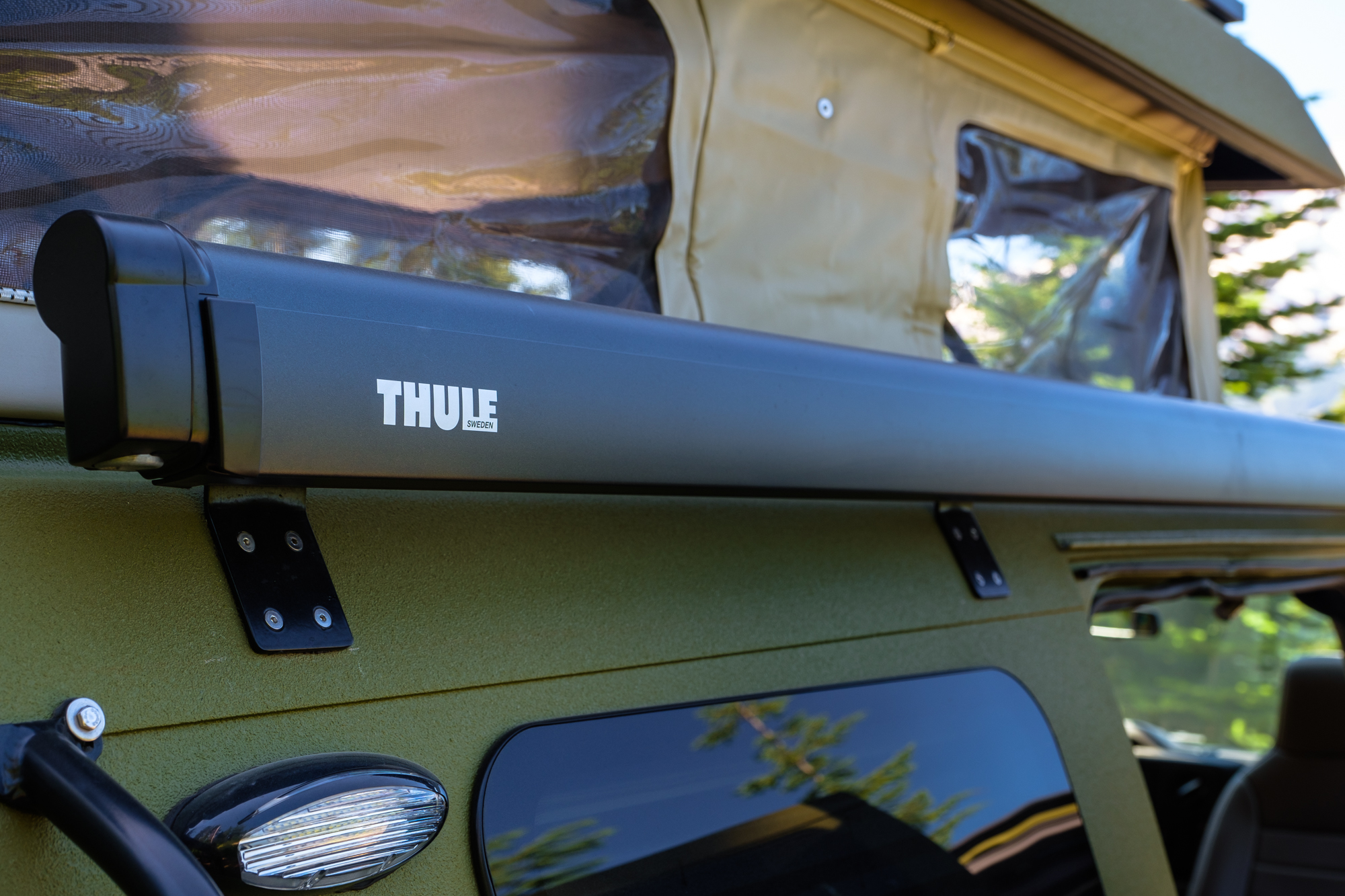 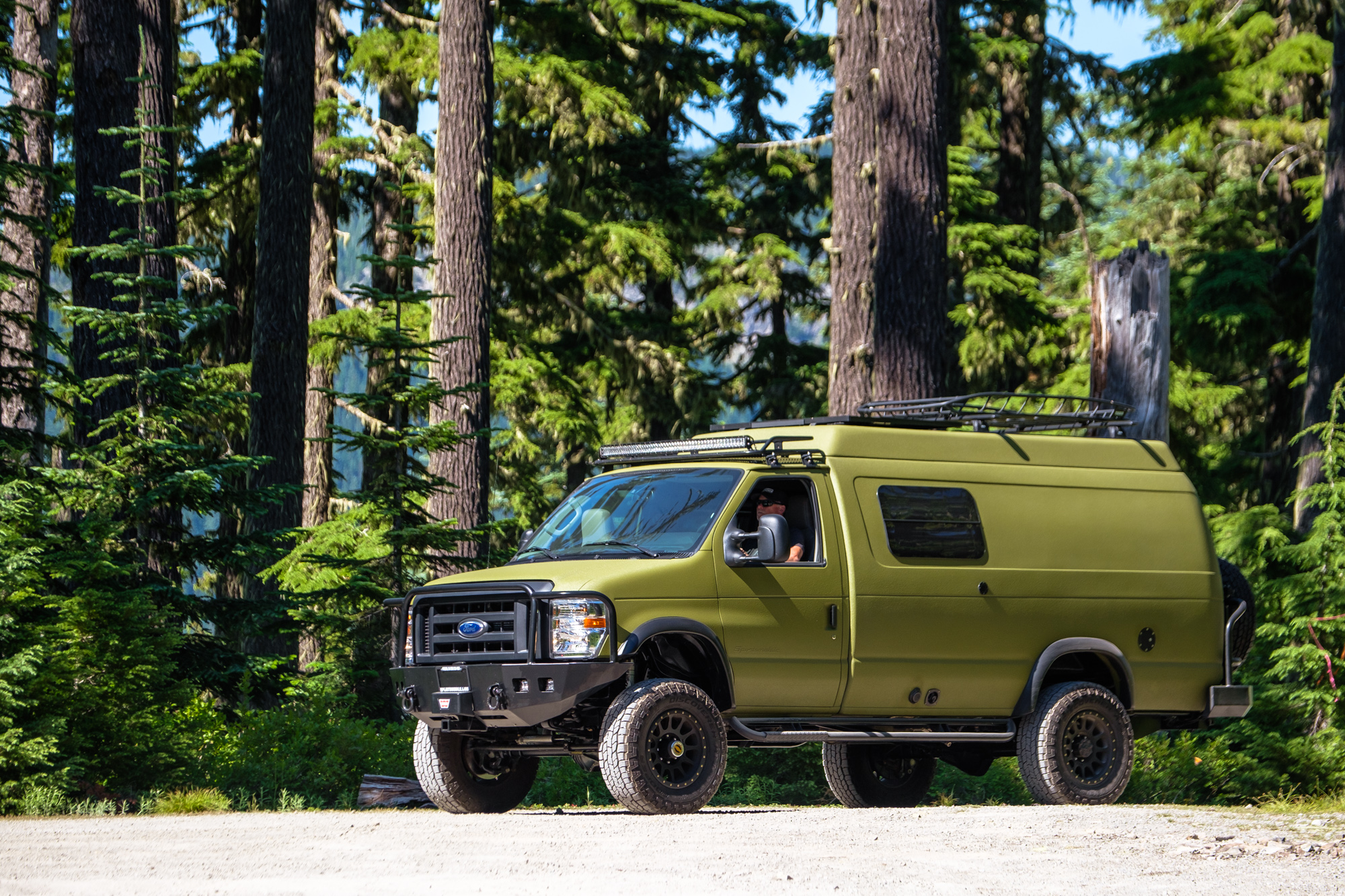 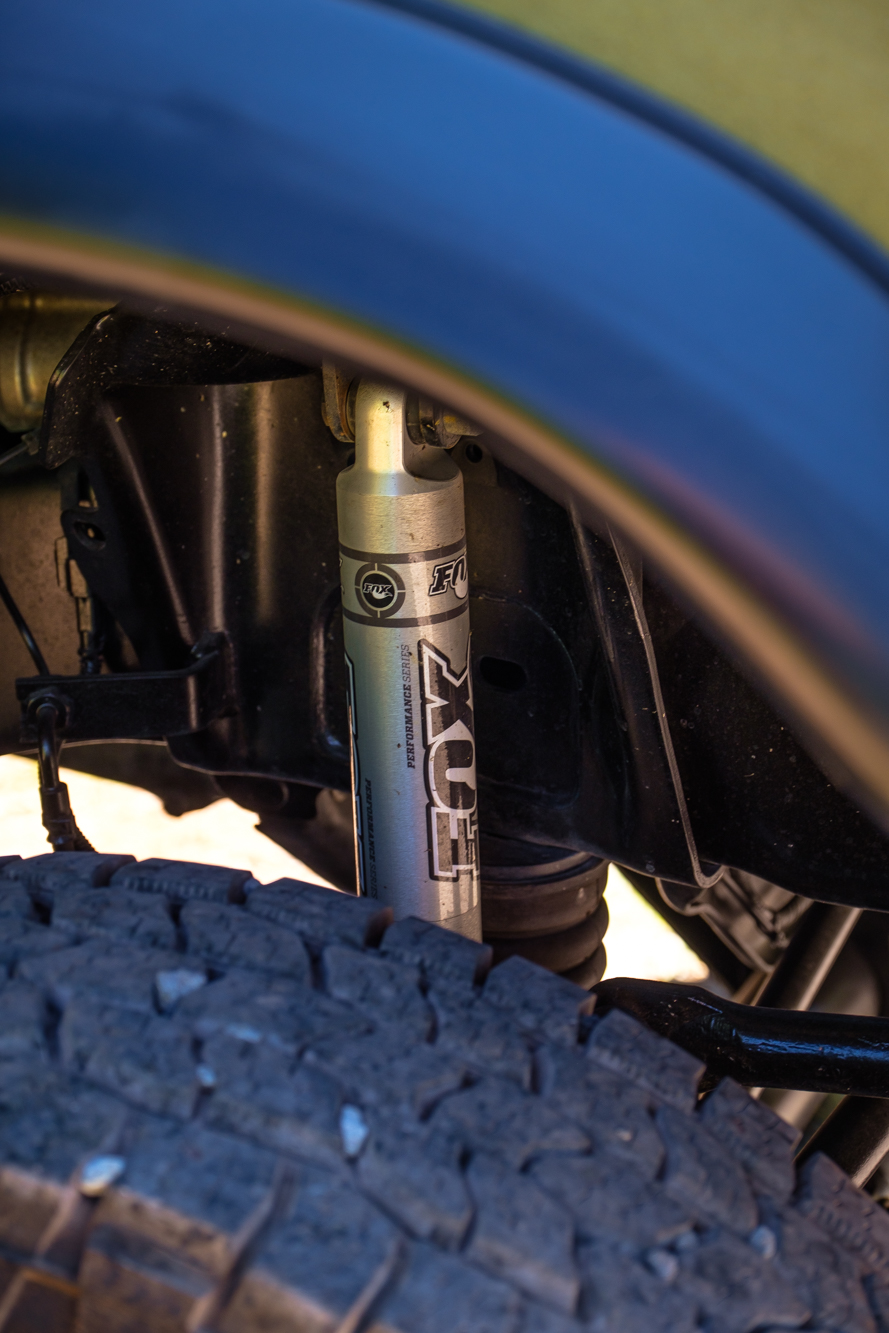 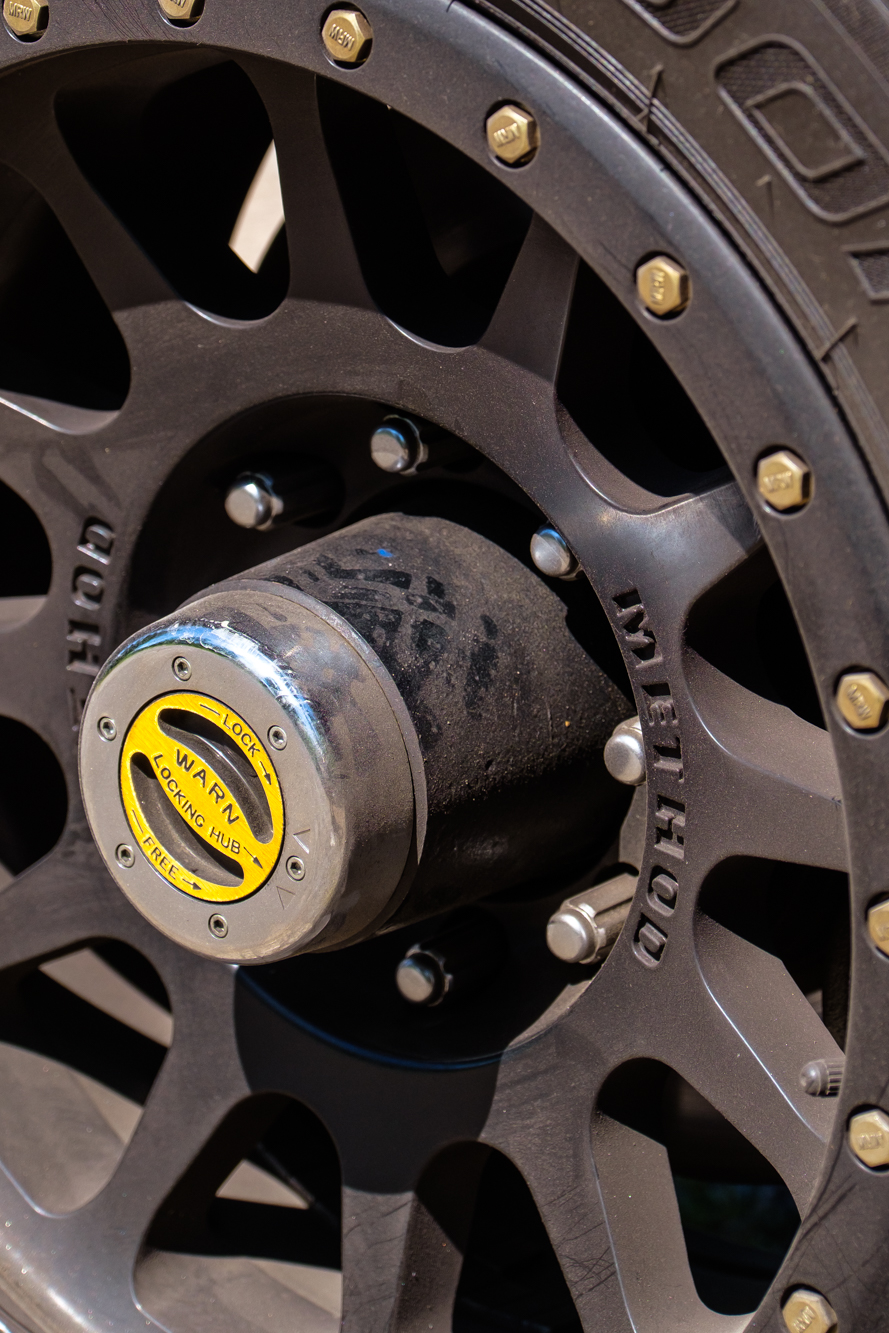 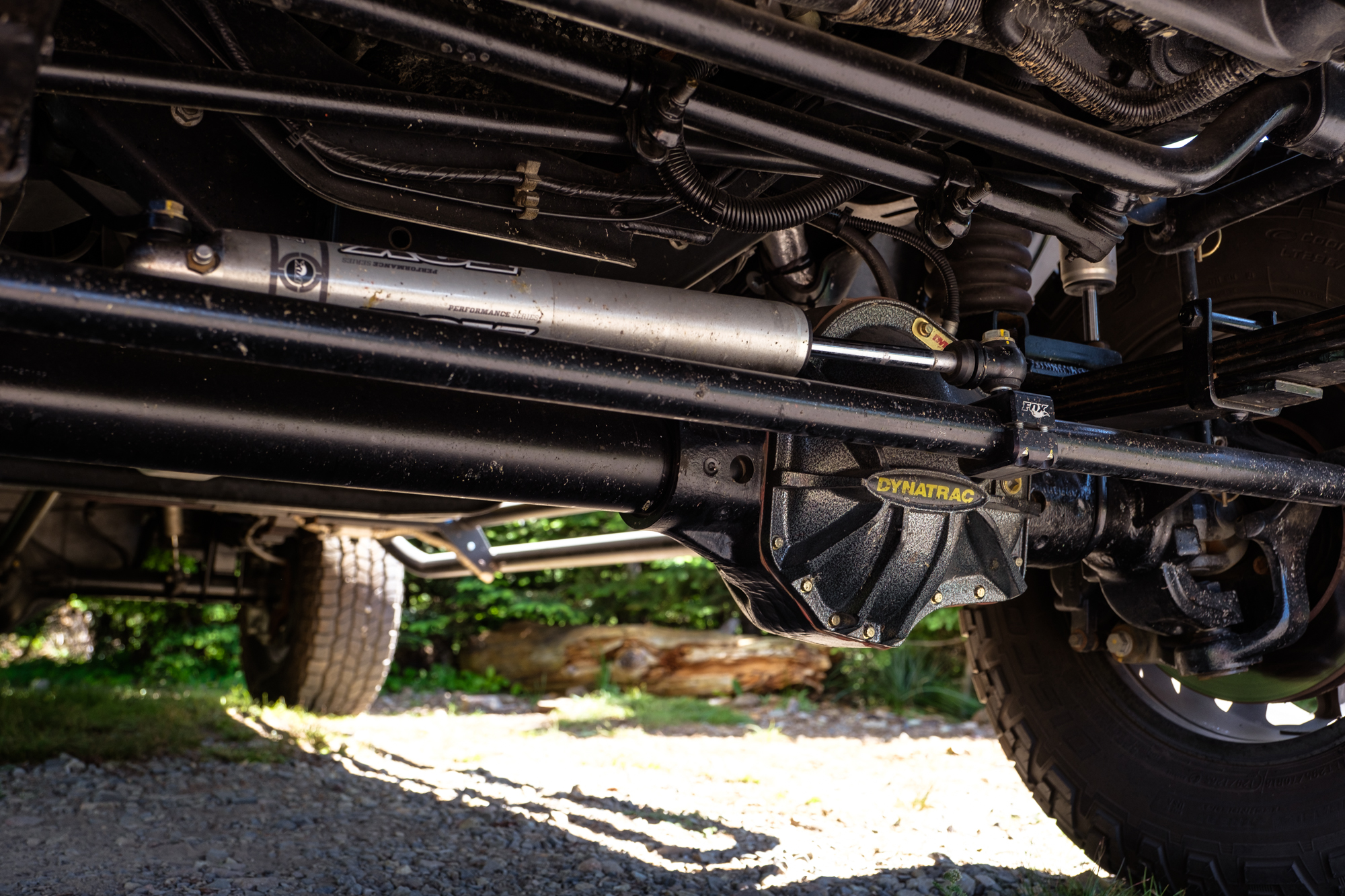 In case you’re wondering what the highlights of this conversion are, Sportsmobile made a rather handy bullet-point list to reference. 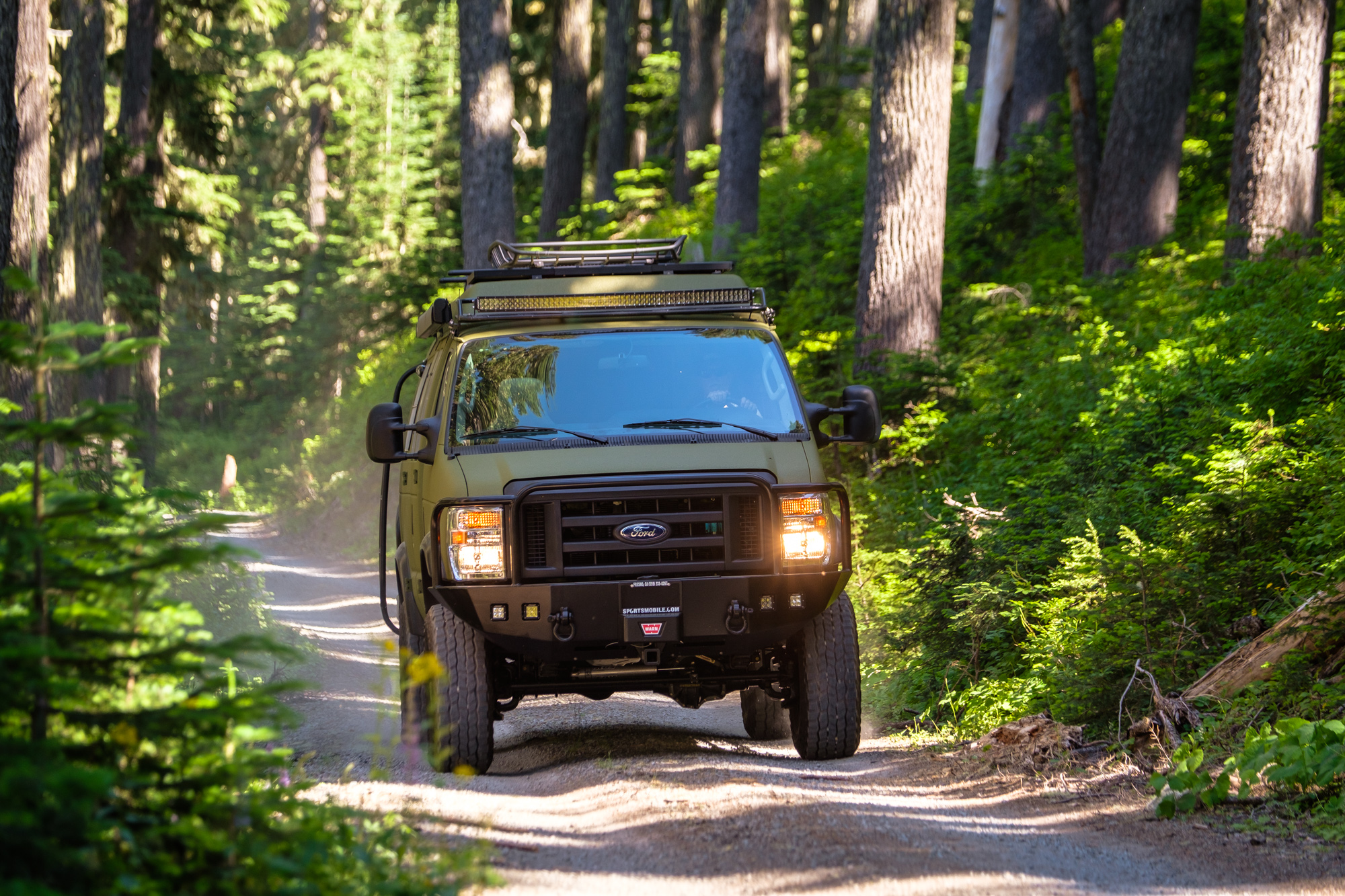 From there, things can get interesting, with all sorts of aftermarket options like larger tires, new wheels, and armor. In the case of this van, it was packing their Expedition package with an Extreme Air Magnum onboard air compressor and auxiliary tank for airing up tires, a custom front bumper with a Warn 12,000-pound winch, and a dual swing-out rear bumper with storage and cargo box and a spare tire mount. Oh, and just to be sure you can get yourself out of any trouble you might find yourself in, front and rear ARB locking differentials were also equipped. In other words, this is one serious van. 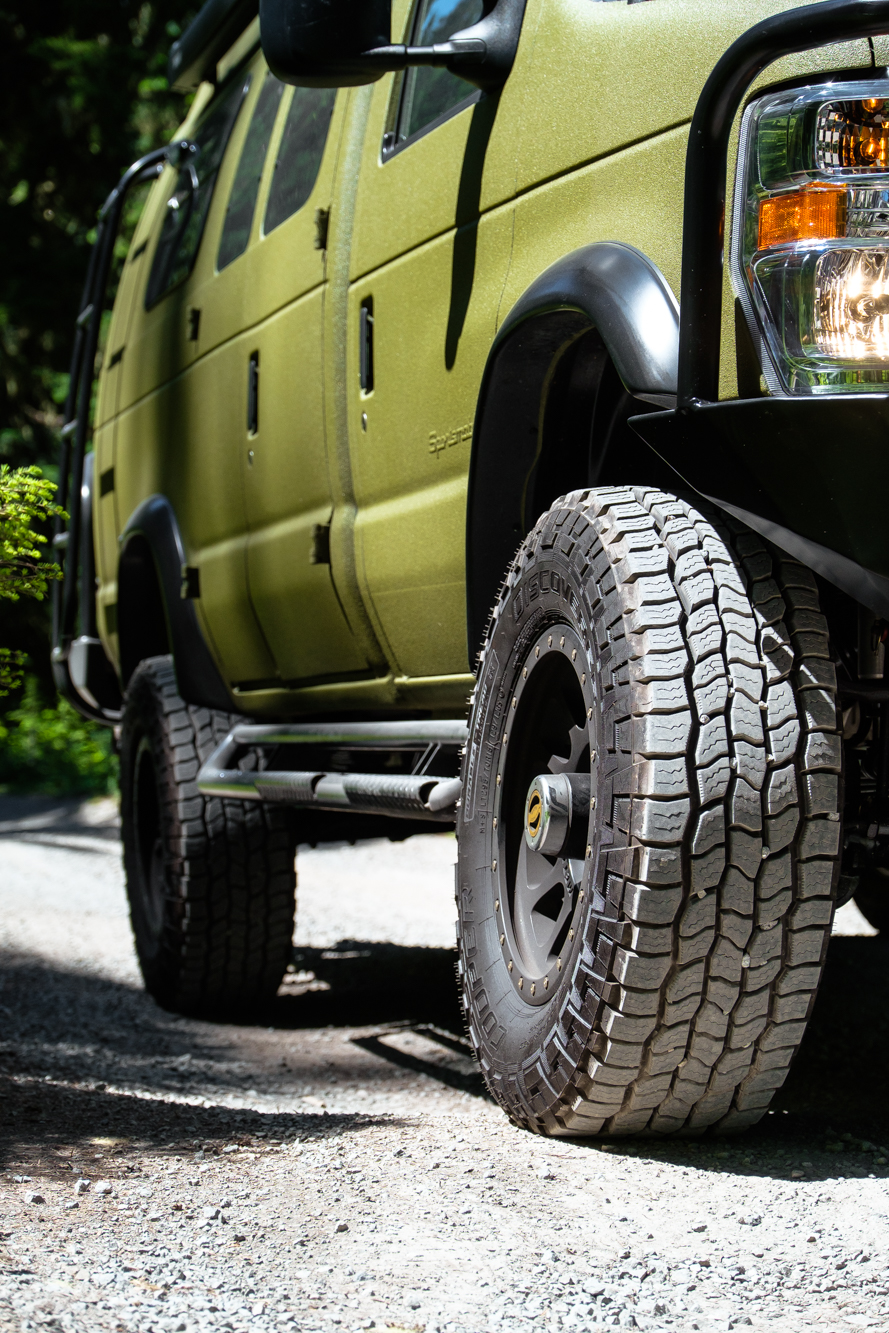 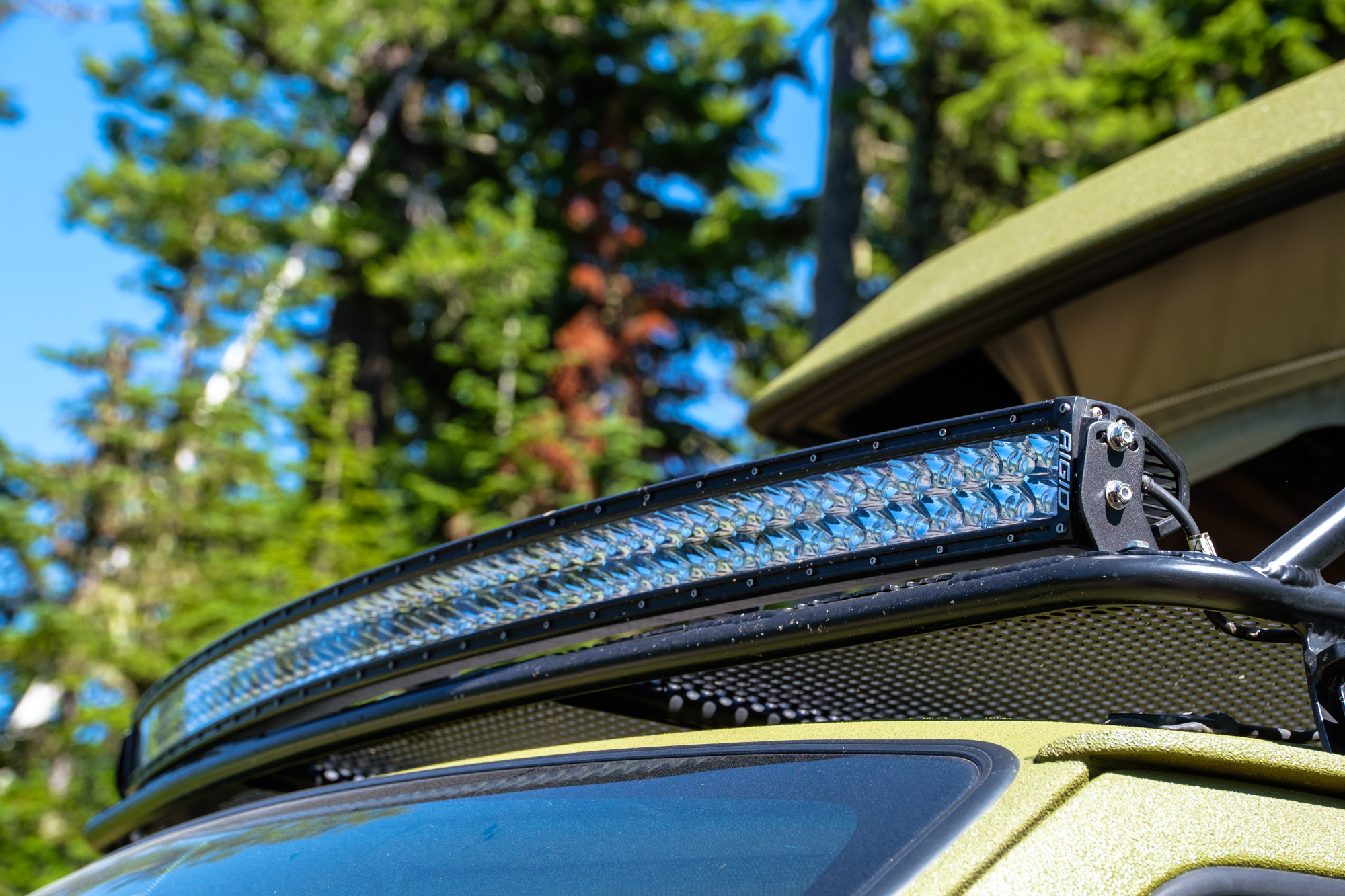 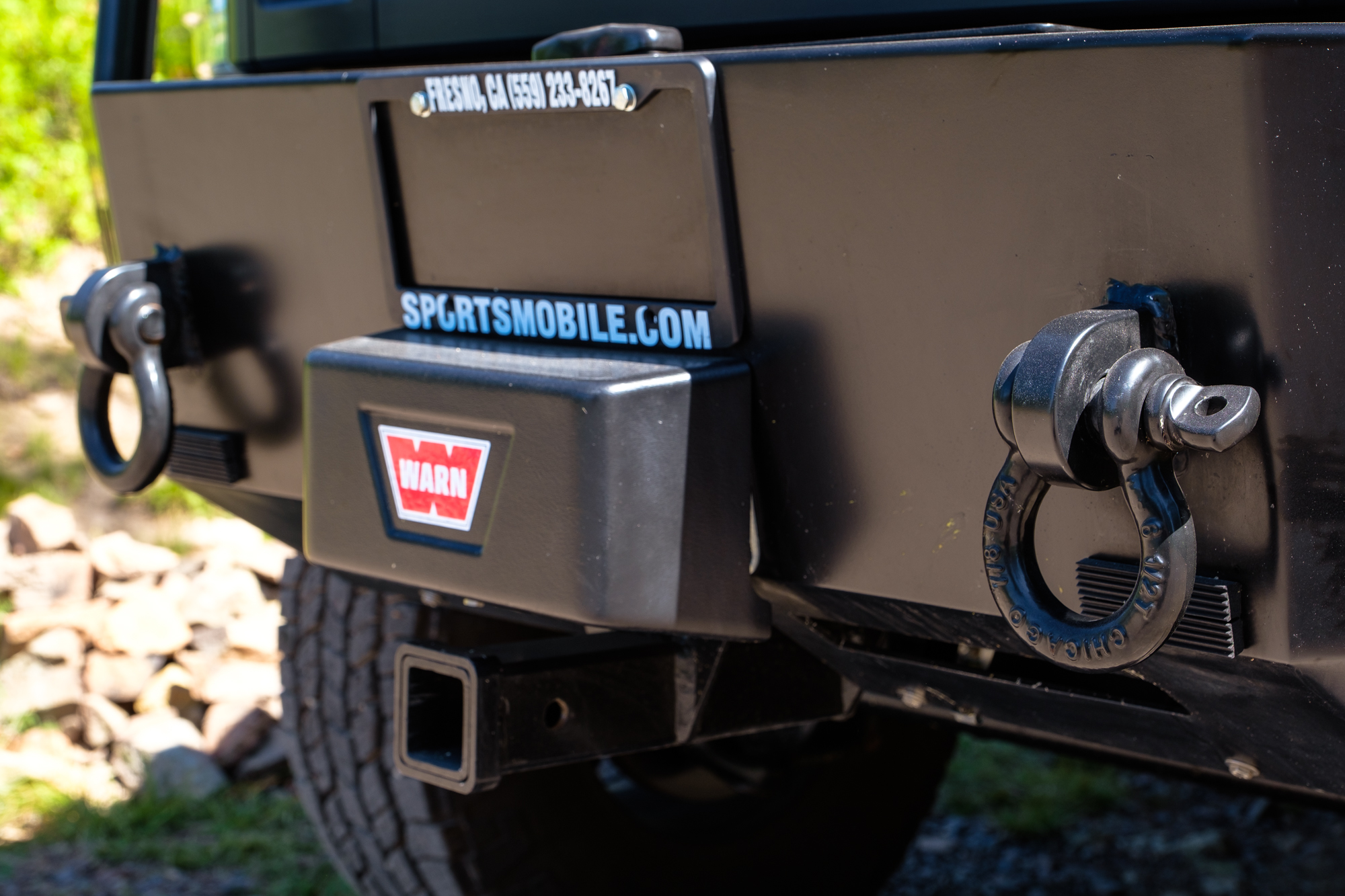 What it Will Cost

So the question that’s probably burning in all of your minds is how much does this beast cost? According to their spec sheets, which I’ve included links to below, an Extended Body E-350 with a 6.8L V10 and 6-speed transmission will start at $32,850. Add the recommended option package of power locks and windows, a headliner, cloth captains chairs, and insulation, and that’s another $1,950. Then comes the Classic body with a penthouse top, Line-X paint, and Bushwacker flares for $36,195. Add in the baseline four-wheel-drive package, and you’re looking at an additional $20,945. That comes to a grand total of a $91,940 for an empty van, which is actually not as bad as we expected. Before you think I’m crazy for calling a $90k van relatively affordable though, let’s compare it to some competition. The closest rival from a large manufacturer would probably be the Revel Sprinter. That van is equipped with four-wheel drive, all-terrain tires, new wheels, a host of accessories, and a full interior, but it comes in at a cool $149,299 base price and is far less capable on the trail than the E-Series. Sure, the base trim of the Revel will have more niceties than that of the Classic, but with an additional $60,000 USD in your pocket, we’re thinking you could fix that.

At this point, you might be ready to grab your checkbook, but hold on just one moment, because there’s a catch. Due to their popularity, Sportsmobile already has a one-year waiting list for fully loaded Classics, and thus have decided not to offer a baseline package without the interior at this time. That means you’llbe putting a minimum of an additional $33,000 – $40,000 into a floor plan.That brings the minimum total price to $124,000, which is a far cry from the theoretical base price, but still competitive. Load a van up like the one shown here though, andyou’ll be looking at something closer to $170,000.

Even so, this fantastic van just might be worth it. Thanks to the new body paired with the Cutaway E-series chassis it packs more space and payload than ever before. It is also more durable, rust-resistant, and comfortable while maintaining the capability and trail prowess to leave any new Sprinter, Transit, or Promaster in the dust. Take all of that into consideration, and there’s no denying it. The E-Series as we knew it might be dead, but its ghost is back, and you can bet it will be haunting Sportsmobile’s competitors for years to come.

To learn more about the Sportsmobile Classic, check out the following links. 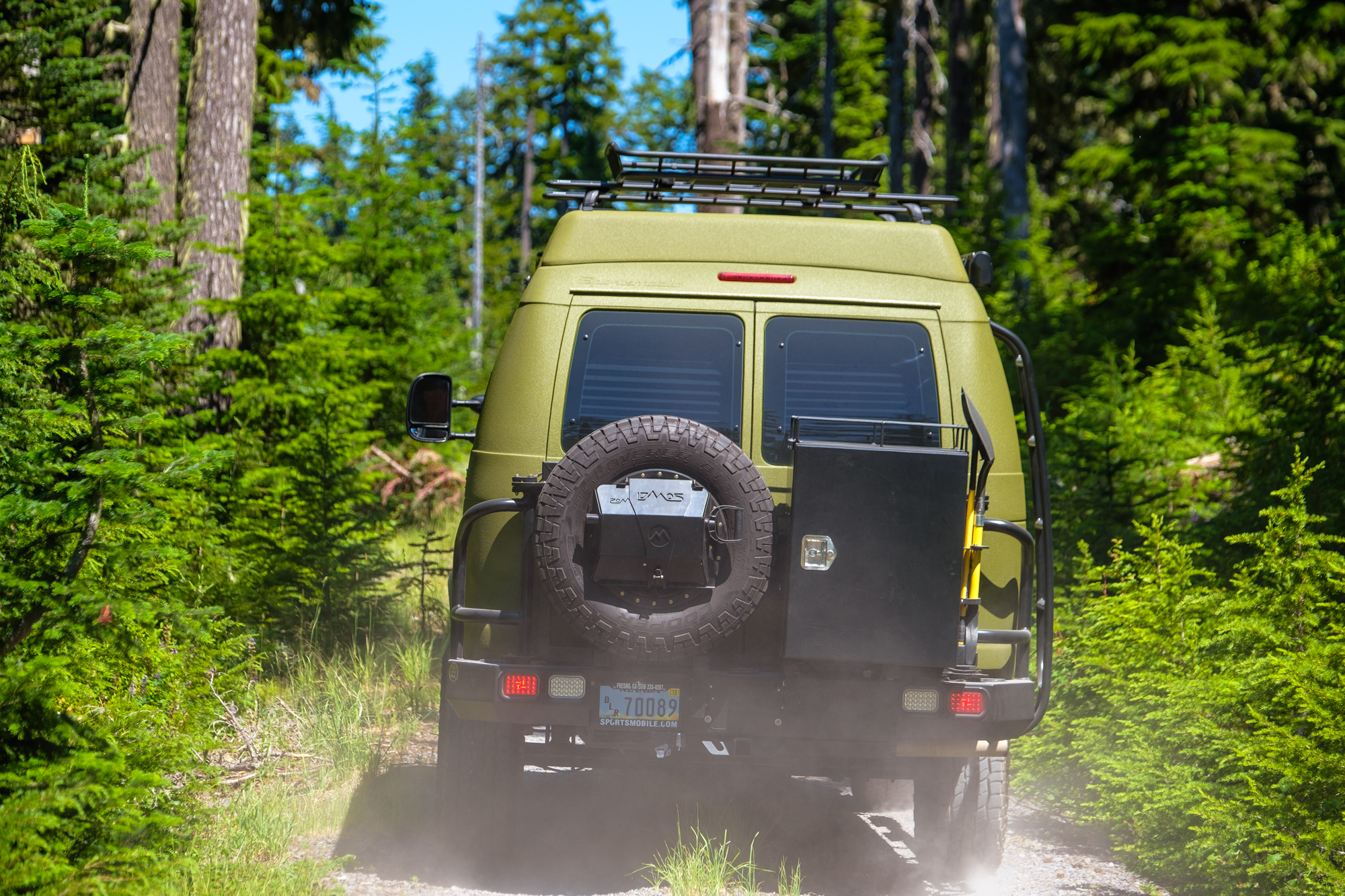