I consider myself an extremely lucky traveler, having been granted amazing opportunities to visit far-flung corners of the globe. My exploits have given me a unique perspective and it seems the further I go, the more parallels and comparisons I draw to places closer to home. I can’t help but walk amidst the Andes and not frame them within the context of the Rocky Mountains. I see similarities in the fjords of Iceland to those in parts of Alaska. Just recently I found myself riding a motorcycle across an expanse of grassland that looked like a miniature Mongolia when it was in fact—Nebraska.

And with that, I probably lost a large number of you, but it is true.

As overlanders, we tend to apply a greater appreciation to places wild, remote, and untamed. Many of those destinations wear exotic names like Mojave, Baja, or Death Valley. We also favor craggy landscapes like those of Southern Colorado or the canyon country of Utah. It is hard to imagine Nebraska would hold anything of adventuresome value, but it does. 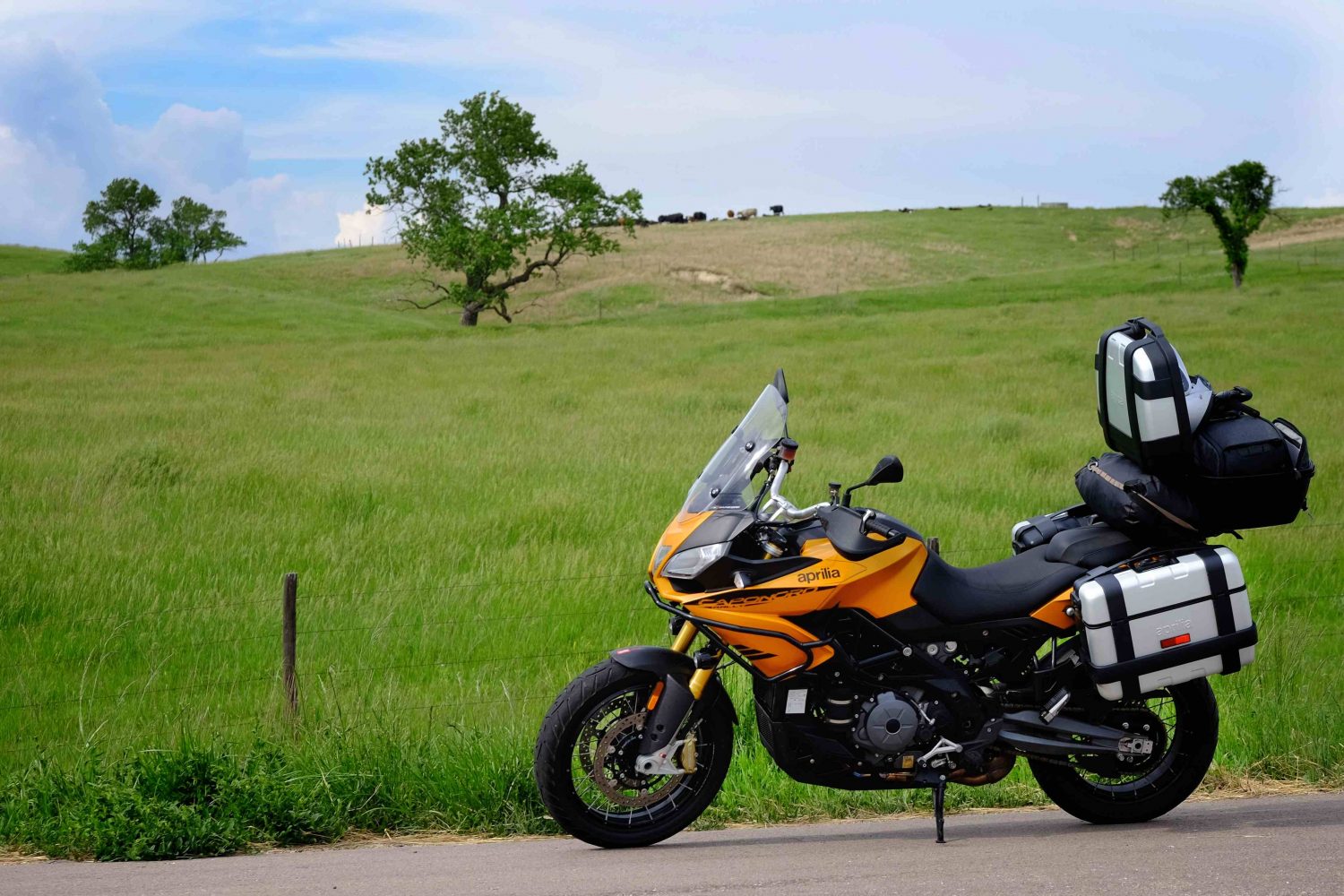 It wasn’t all that long ago when the bulk of the Plains States were the very place adventure seekers sought to explore. That courageous lot included French trappers, Spanish conquistadors, and the American military who all scouted the plains in search of fertile lands, cities of gold, and other riches. Louis and Clark and Coronado are just a few of the famous adventurers to travel across the seemingly endless sprawl of grasslands in the heart of the continent. It’s also worth pointing out the first pioneers to travel the Oregon, Sante Fe, or other such routes were considered–overlanders.

Today the Plains, particularly in the state of Nebraska, constitute one of the most undeveloped regions of the country. This is most noticeable in the central and western sectors of the state where many counties, rather massive in size, might only have a population counted in the hundreds. As overlanders we love roads less traveled and strange as it may sound, Utah has nothing on Nebraska for the sheer volume of unpaved roads to be traversed. 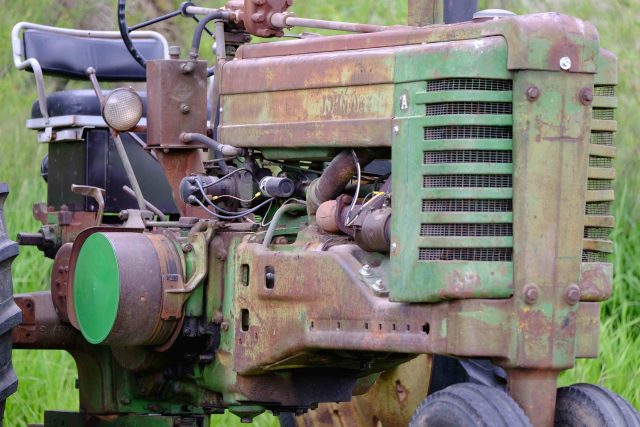 Nestled within the center of the state is an undeveloped and wild landscape ecologically unchanged for the last millennium. Known as the Nebraska Sandhills, the millions of grass-covered dunes that define the area are as feral and untouched as anyplace in the lower 48. Native animals far outnumber people with hundreds of small lakes and ponds pushing up from the Ogallala Aquifer, the largest in the hemisphere. It is a landscape dominated by rolling hills laced with twisty gravel roads, some graded smooth, others treacherously unmaintained.

At roughly the size of West Virginia, the Sandhills have a population of fewer than 20,000 people with virtually all of those residents dwelling within the handful of towns and small cities in the region. If it’s solitude you seek, the Sandhills have it in spades. It is also home to a small inventory of national forests, state parks, and wildlife sanctuaries. And most people whiz right by all of it with their cruise control set to 70 mph while driving east or west on Interstate 80. They’re all quick to say Nebraska is boring. Of course, they never bother to appreciate why Interstate 80 is where it is. They built it there because it was easiest, not most interesting. 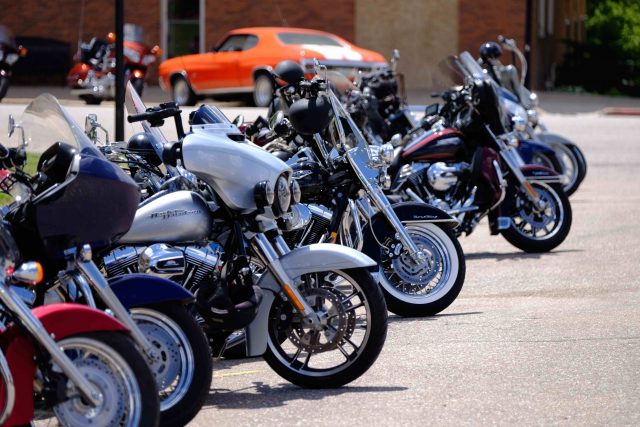 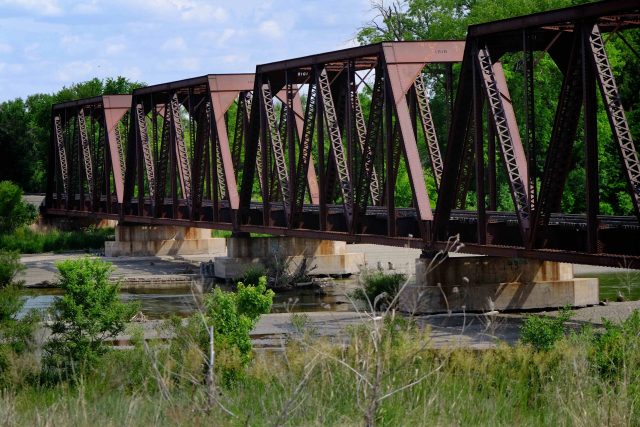 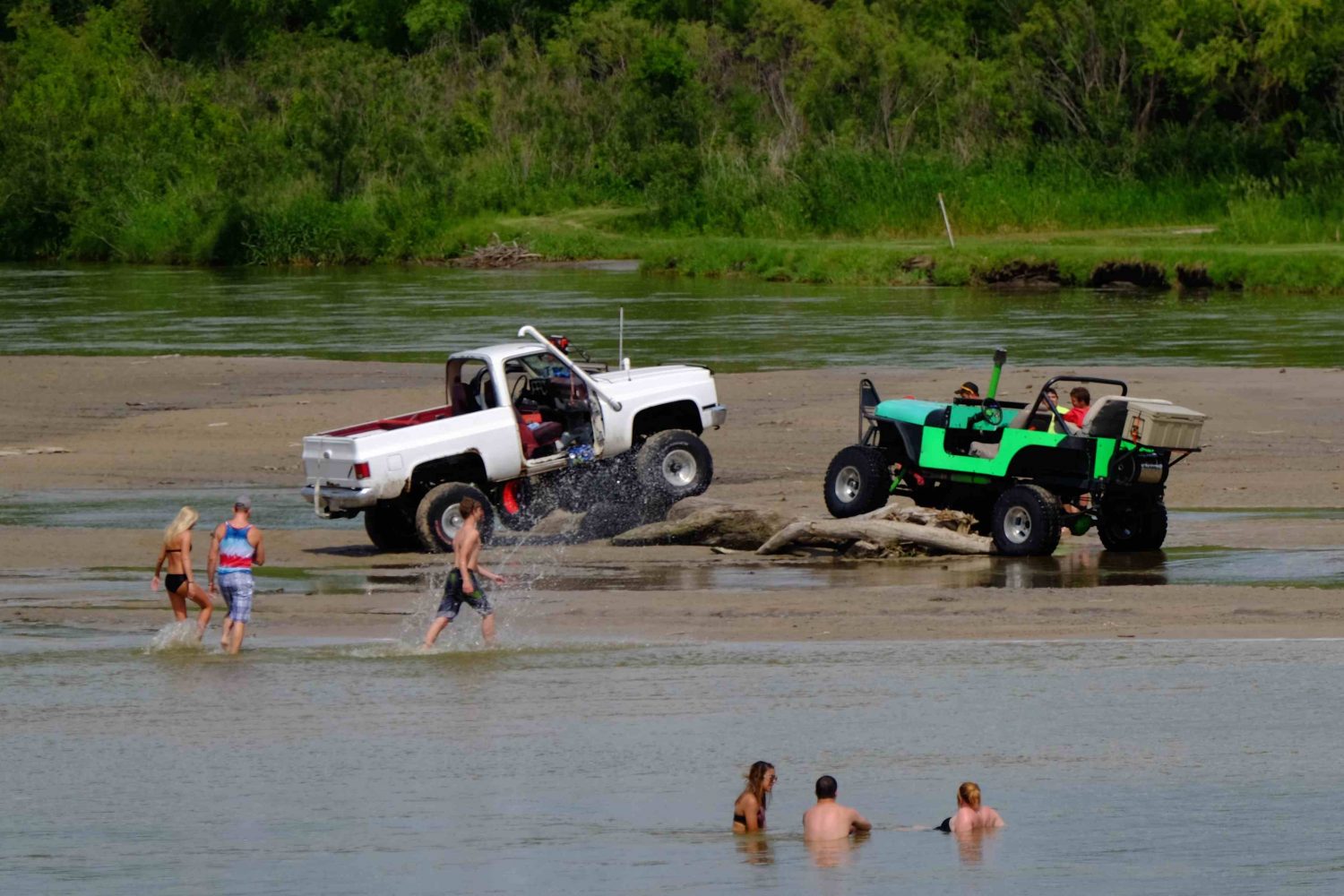 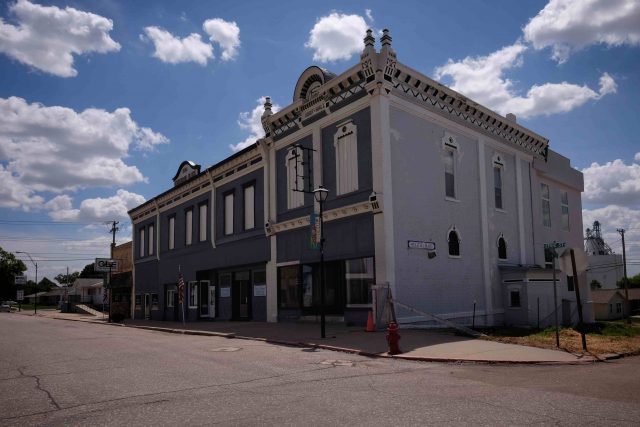 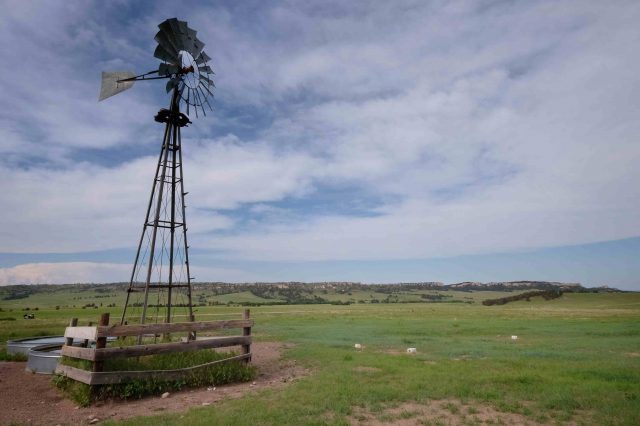 You needn’t look far to find interesting relics from the many passing epochs in the state’s rich and lengthy history. From prehistoric dig sites where strange fossils are unearthed to archeological attractions where the region’s human history is carefully plucked from rich soil, Nebraska has endless stories to tell. The Native American influence in the area is omnipresent in historic sites like Massacre Canyon just off Highway 24. It was there the last major battle of the Great Plains was waged with over 1,000 Sioux warriors killing as many as 150 Pawnee, including men, women, and children. There are also abandoned WWII air bases and even several German POW camps from the war years. 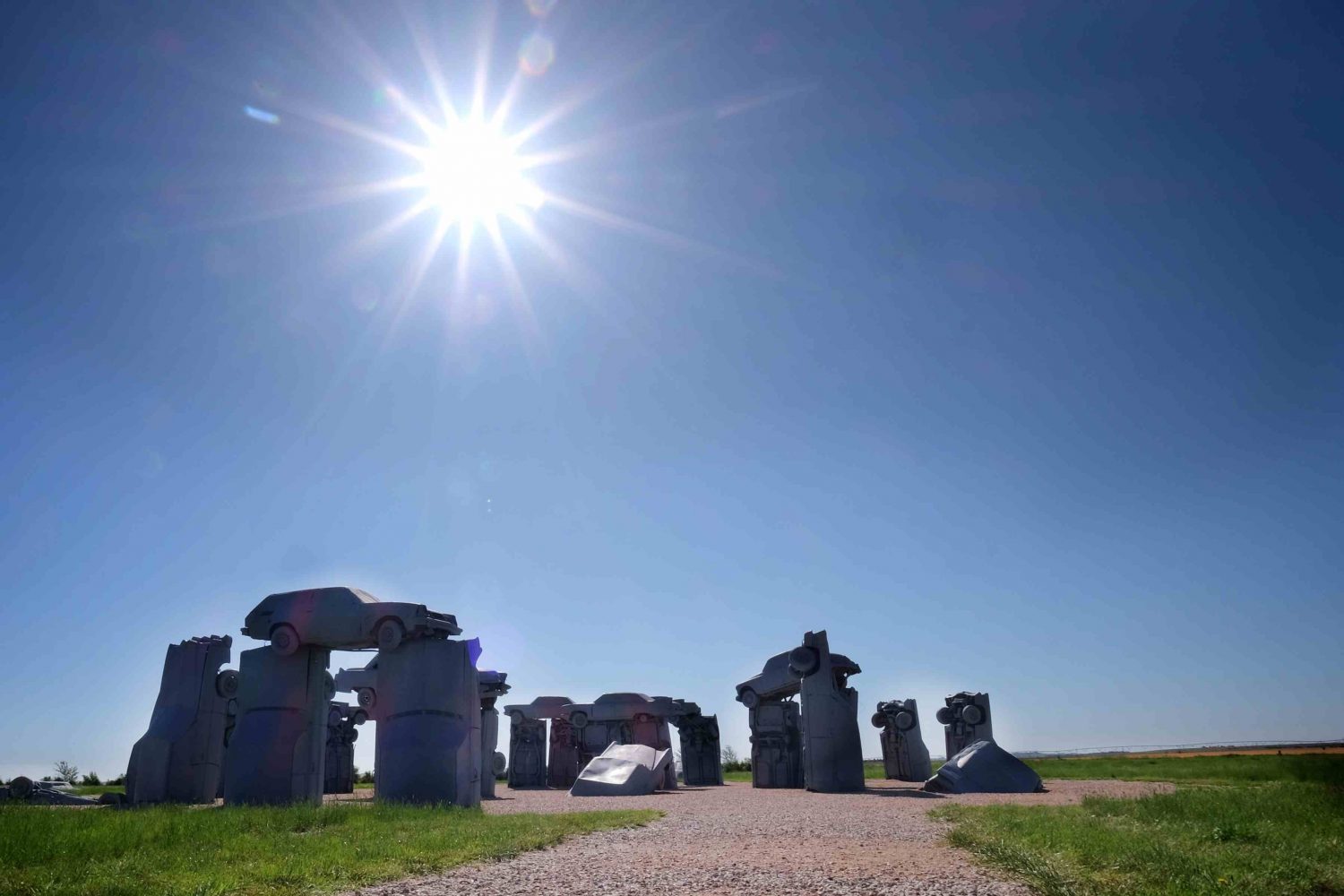 Oh, yes. That is Car Henge near Alliance, NE.

In the far northwestern corner of the state is Fort Robinson, a sprawling complex dating to the late 1800s when it was the most remote outpost on the wild frontier. It was there in 1877 when the famous Indian warrior, Crazy Horse, met his untimely end. While surrendered to the U.S. Military, he was stabbed with a bayonet along with several of his fellow warriors. To commemorate their fallen chief, his descendants gather every year to ride their horses 100 miles from where he fell, to the ancestral grounds where warriors throughout the ages have been laid to rest. The Crazy Horse Ride, as it is known, draws more than 200 riders from throughout the greater Plains. 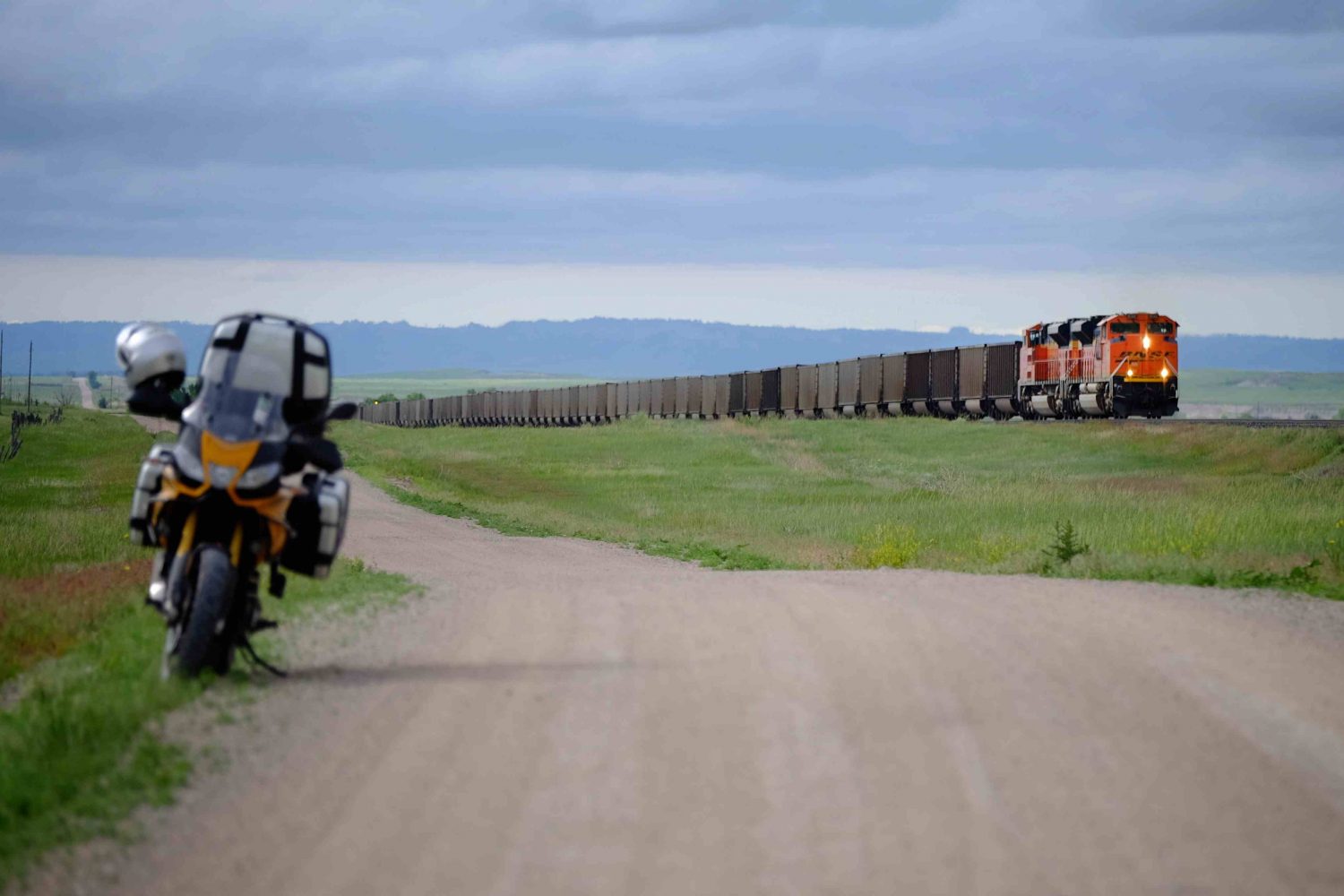 The amount of power behind these machines is impressive. They fly across the Plains with impressive speed. And the train is pretty cool, too. 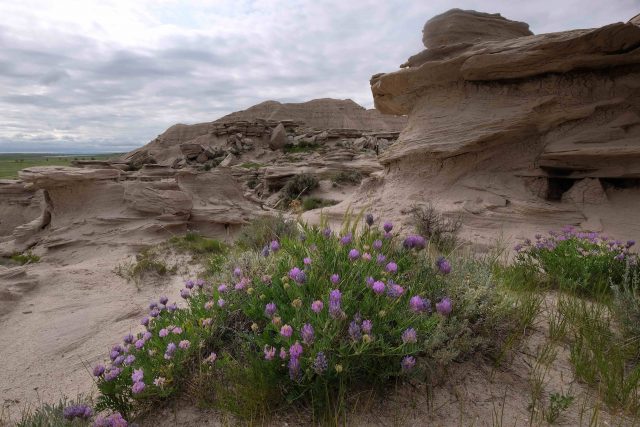 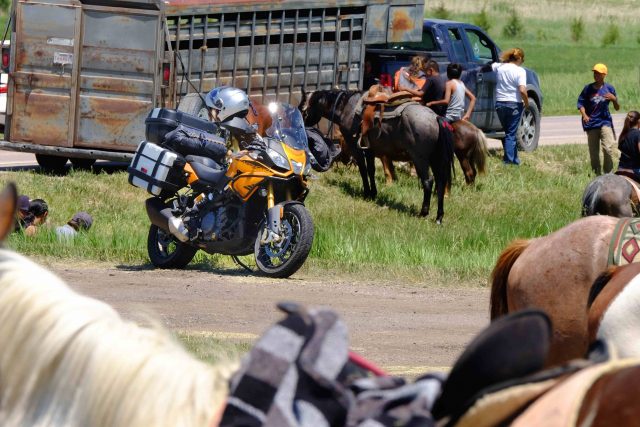 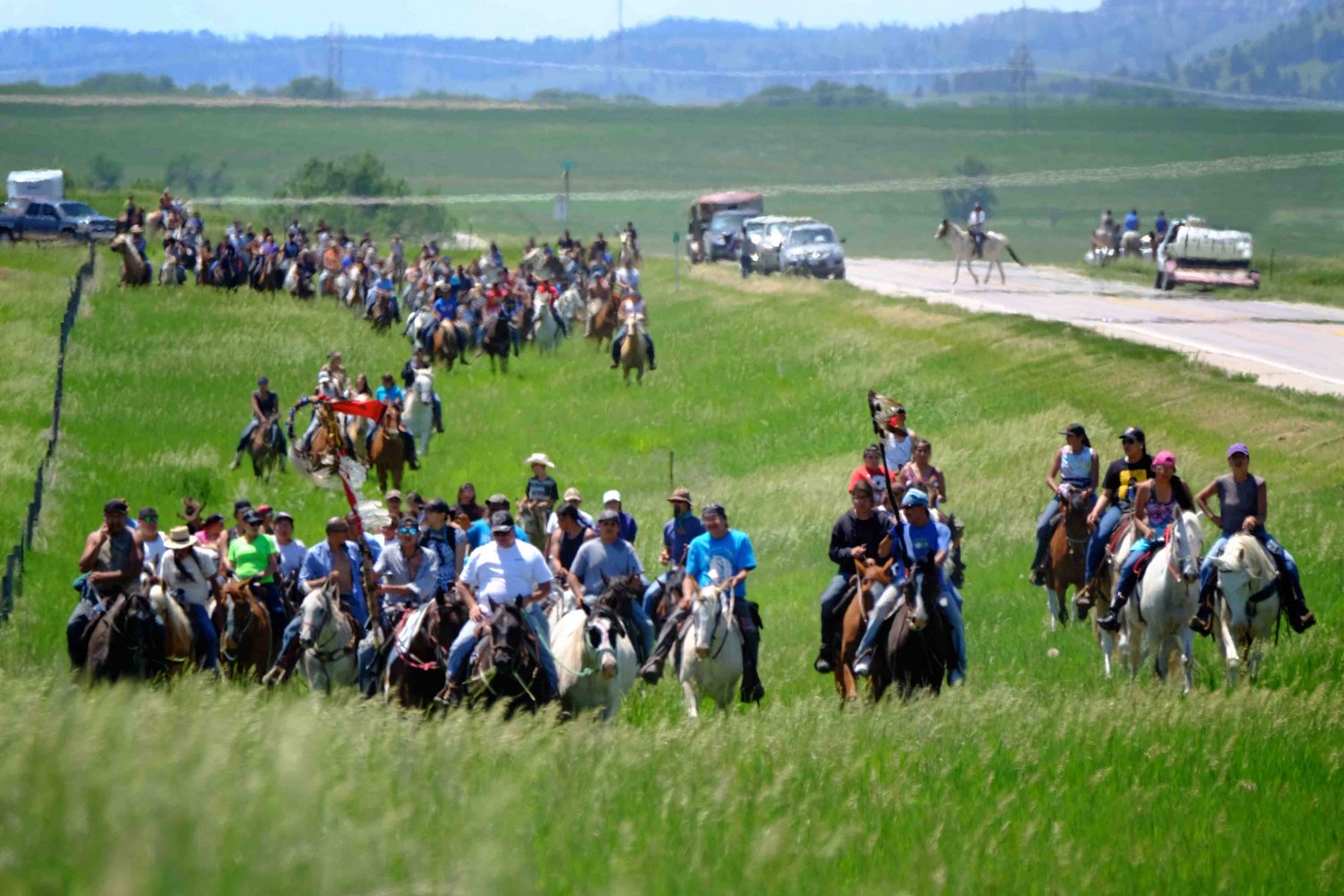 Not unlike the far western edges of the United States, Nebraska is rife with ghost towns and ruins, all evidence of boom gone bust. In the grasslands near Antioch along scenic Highway 2 are the fallen remains of a once-thriving community where potash was manufactured in mass volumes. Where thousands of workers once toiled, now only a few crumbling concrete structures survive. Everywhere you turn, the Plains offer a window into a once- prosperous past where fledgling communities sprang up out of the earth, only to vanish just as quickly.

It’s a fascinating corner of America, one every traveler should visit, if just once. Most people to travel through Nebraska have their sites set on other destinations. Drawn west by the Rockies, or north to Wyoming and beyond, they seldom see the state for what it is. It is a vast land of natural and cultural splendor. It is a place where buffalo still roam in the Ogallala National Grasslands. It is a place where ancient rock outcrops poke out of an ocean of waving sedge grass. Wild birds on their migrations to lands thousands of miles away fly overhead, and towering clouds reach high into the sky. 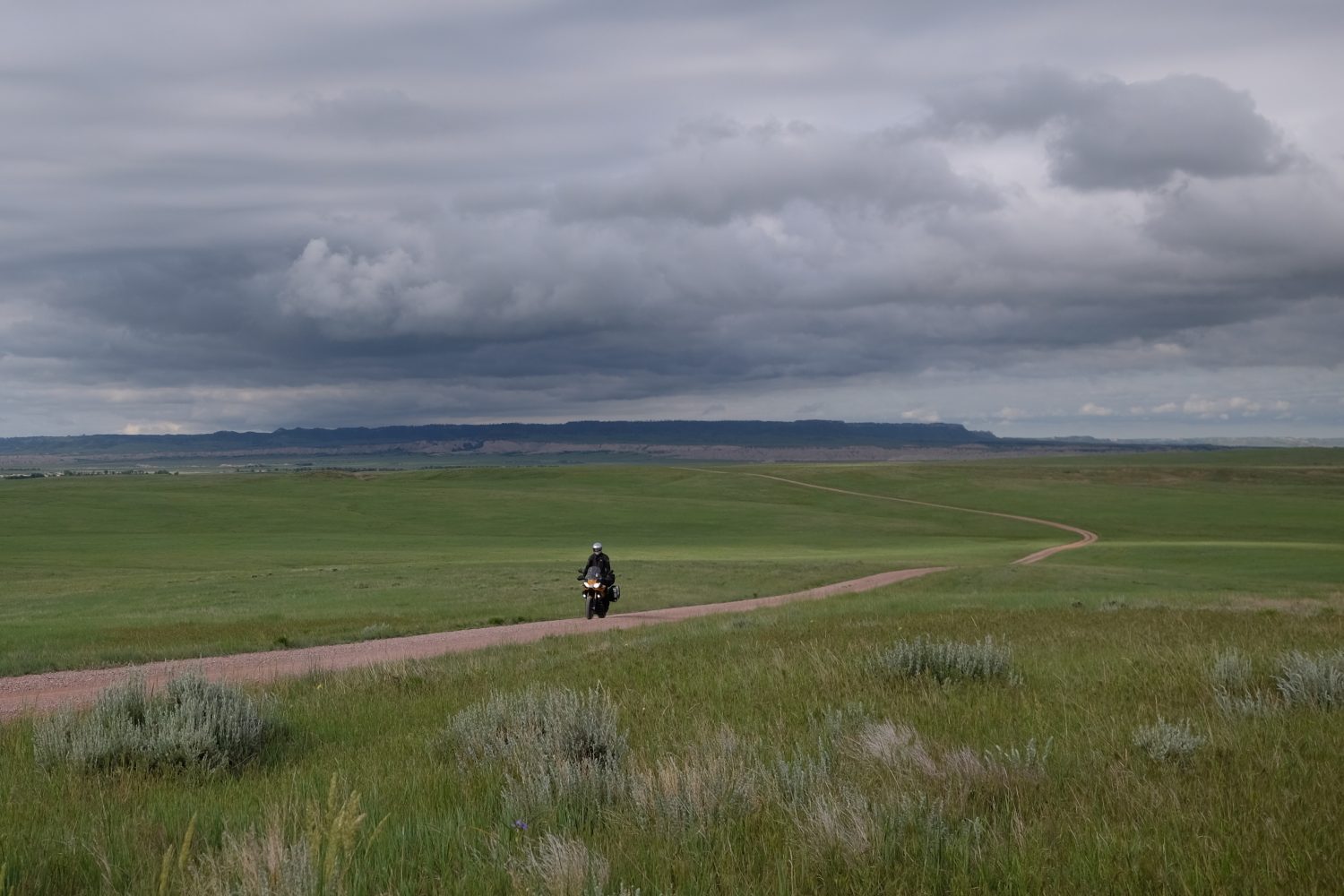 I’m of the opinion anyone can find interesting things to see and do in the mountains and deserts of the American West. I think it takes a special brand of explorer to brave places lesser known like Nebraska. And for those who like culture and think the heartland doesn’t have any to offer, I suggest you swing into a local cafe and order a plate of sheep’s testicles and tell me you don’t feel like you’re someplace foreign and unknown. Then venture into the millions of rolling mounds of grass-covered dunes and tell me it doesn’t look just a little bit like Mongolia. – CN 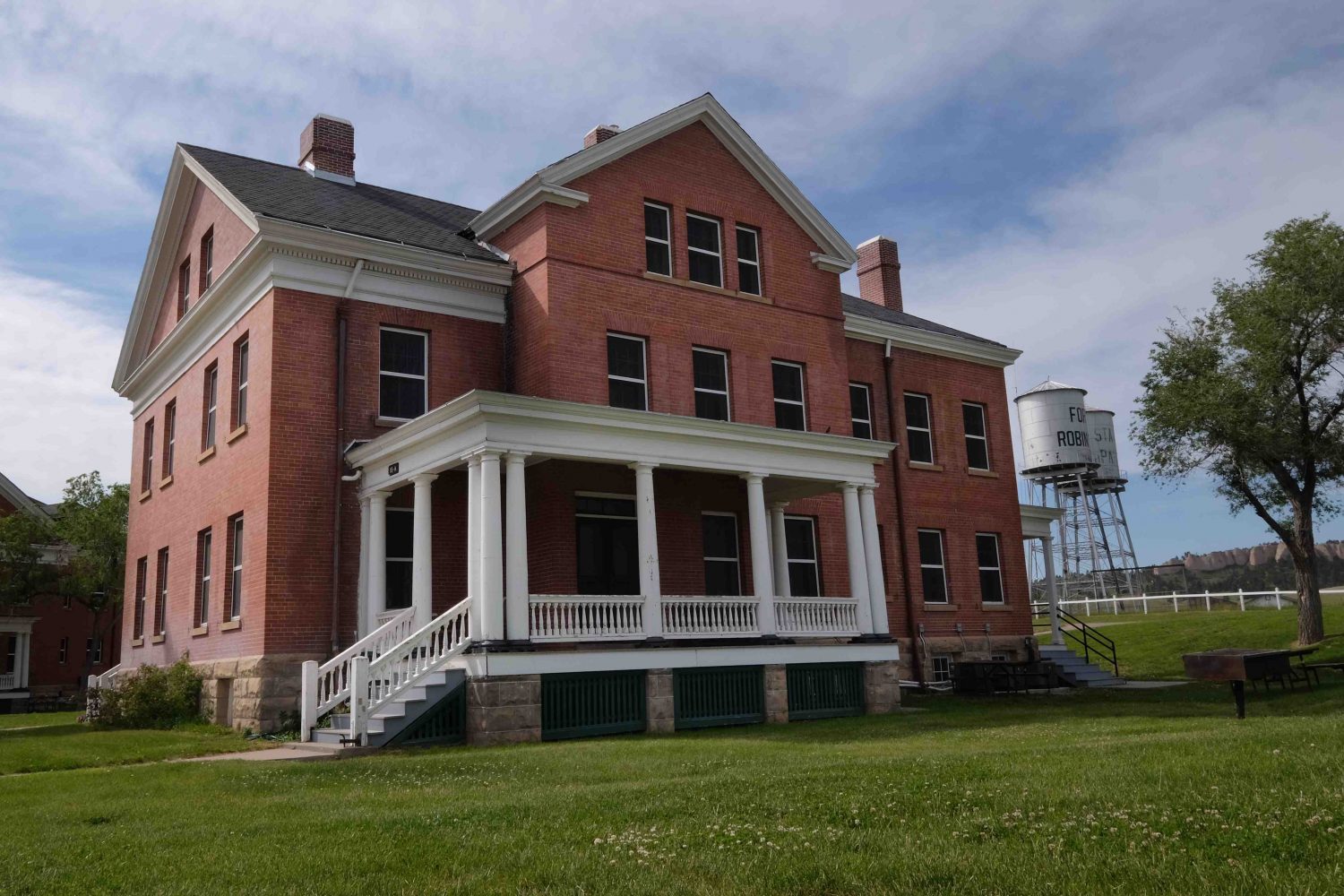 If you want to read more about my travels through Nebraska and the core of the Great Plains, you can read all about it in the Winter issue of Overland Journal. www.overlandjournal.com 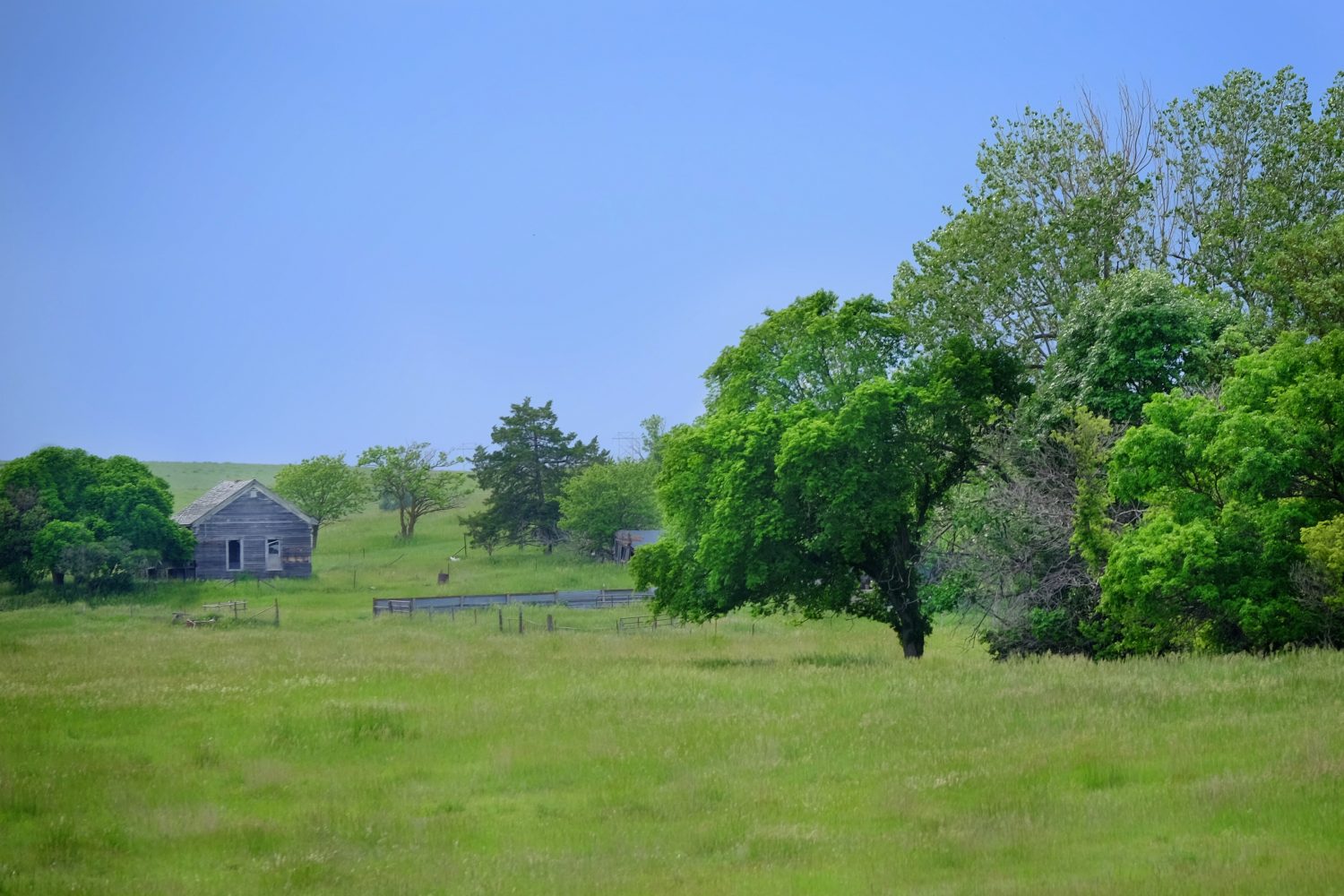