A spectacle of modern design, intriguing architecture, and also a unique archeological site, the Holy Fire Lit Place in Ruicheng, China, was updated to its current configuration to coincide with the 2019 2nd Youth Games of the People’s Republic of China. The site is significant in that it offers evidence of the first human use of fire, dating back over 1.8 million years.

The architecture firm Urbanus, who designed and constructed the modern interpretation of this cultural destination, was faced with the challenge of reimagining the site without disturbing the archaeological stratum. Their design incorporated the existing viewing platform to the extent that major disturbances to the site would be minimized. The build was completed using glass-fiber-reinforced concrete, with a mix of off-site prefabrication and on-site manual forming. 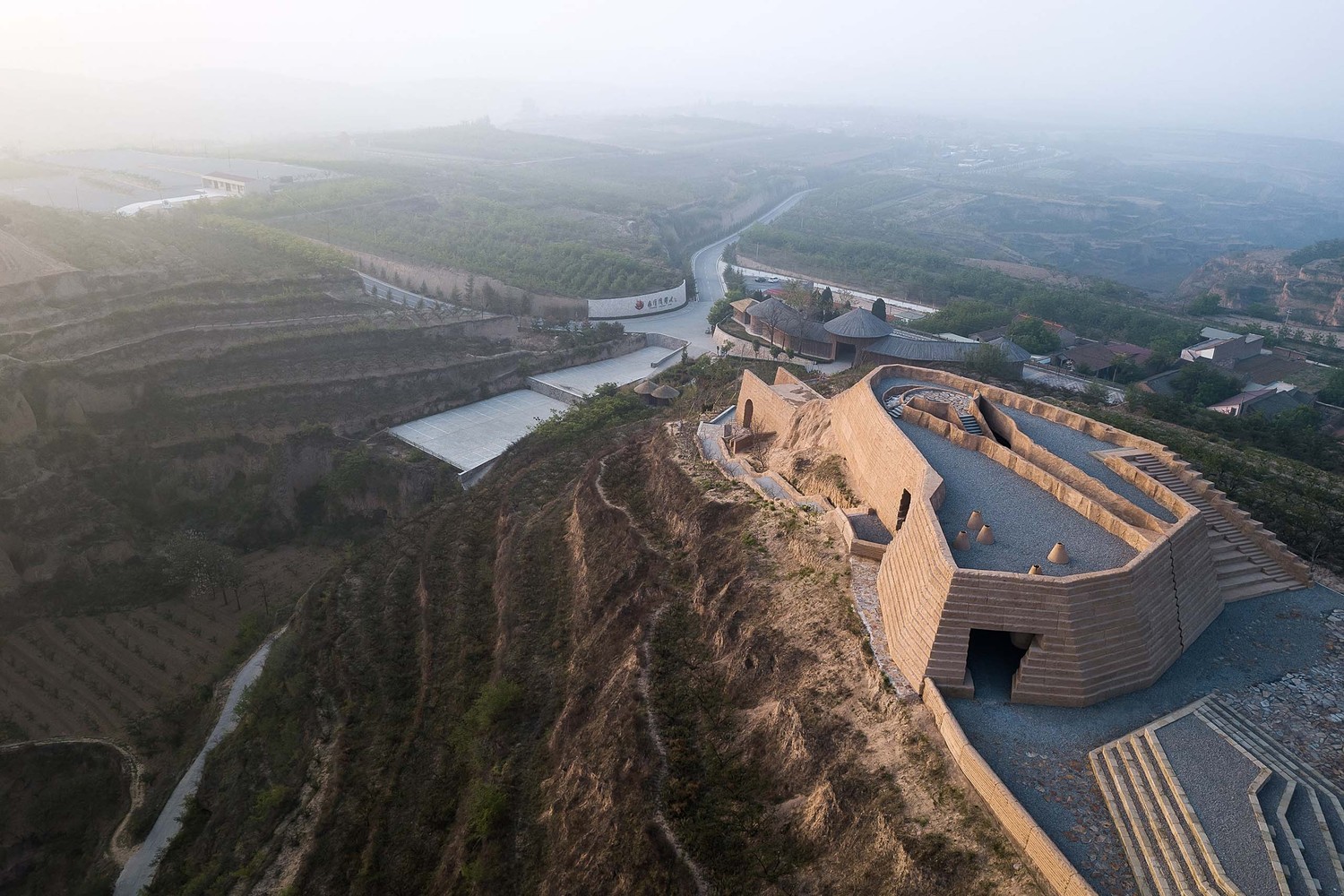 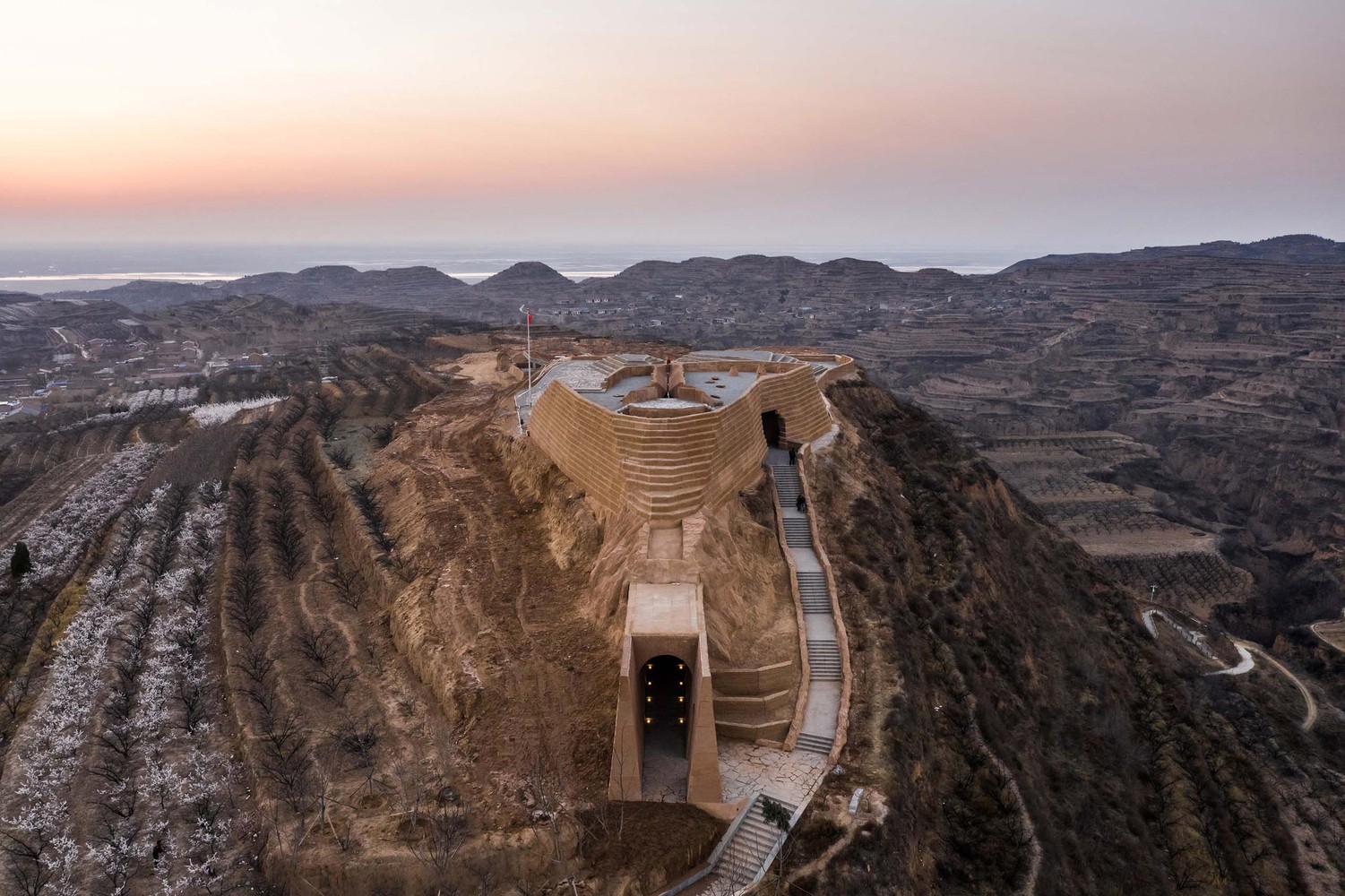 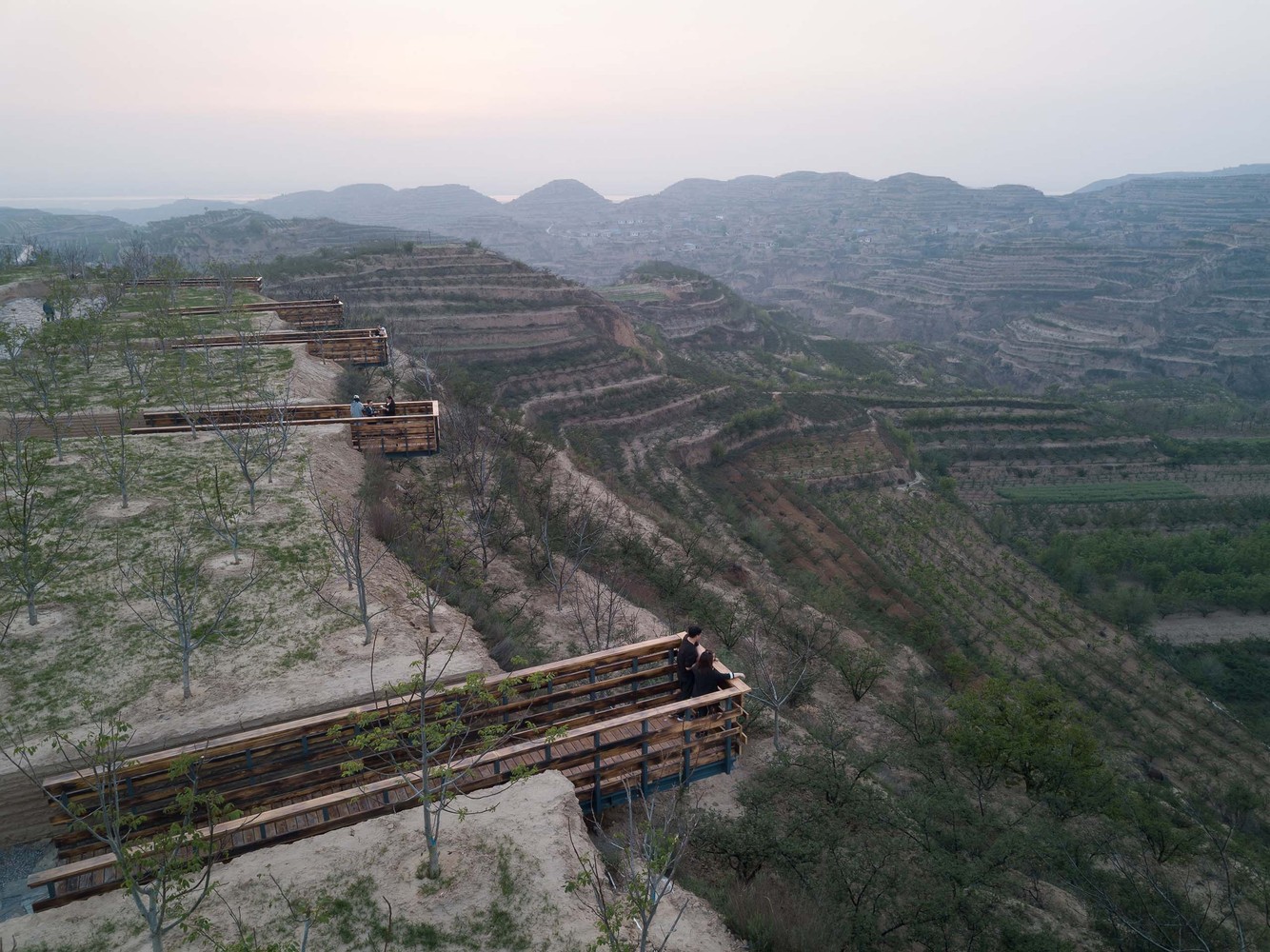 “The new holy fire plaza is planned in the principles of making a favorable tourist spot by means of earth art without disturbing the archaeological stratum. With the three sequential narratives of Discovery of Fire, Rite of Fire, and Conquest of Fire, these designated themes from the east to the west of the site not only conform to the program of the sports game ceremony but also form a space-time context for visitors to enjoy the unique nature and the history. 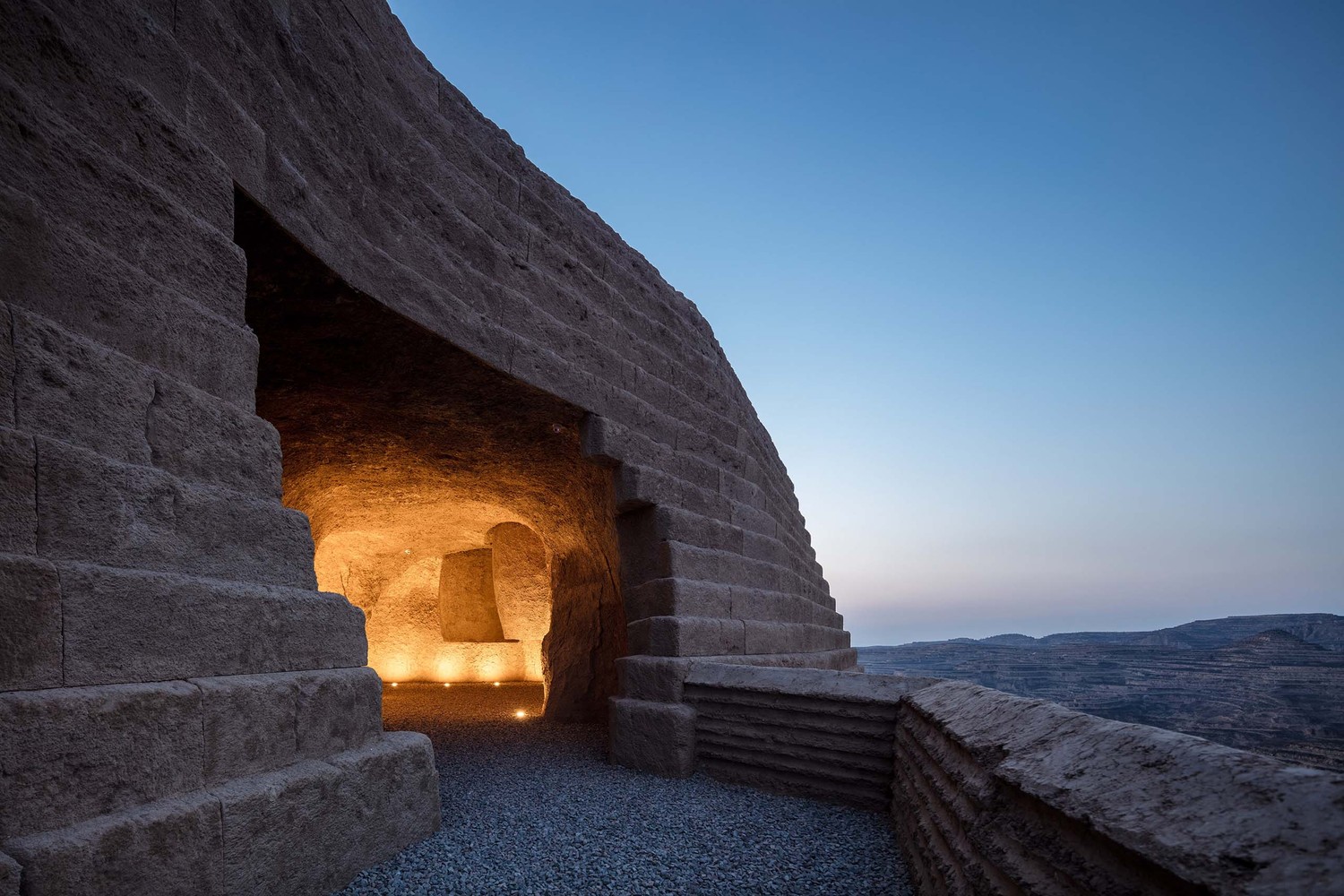 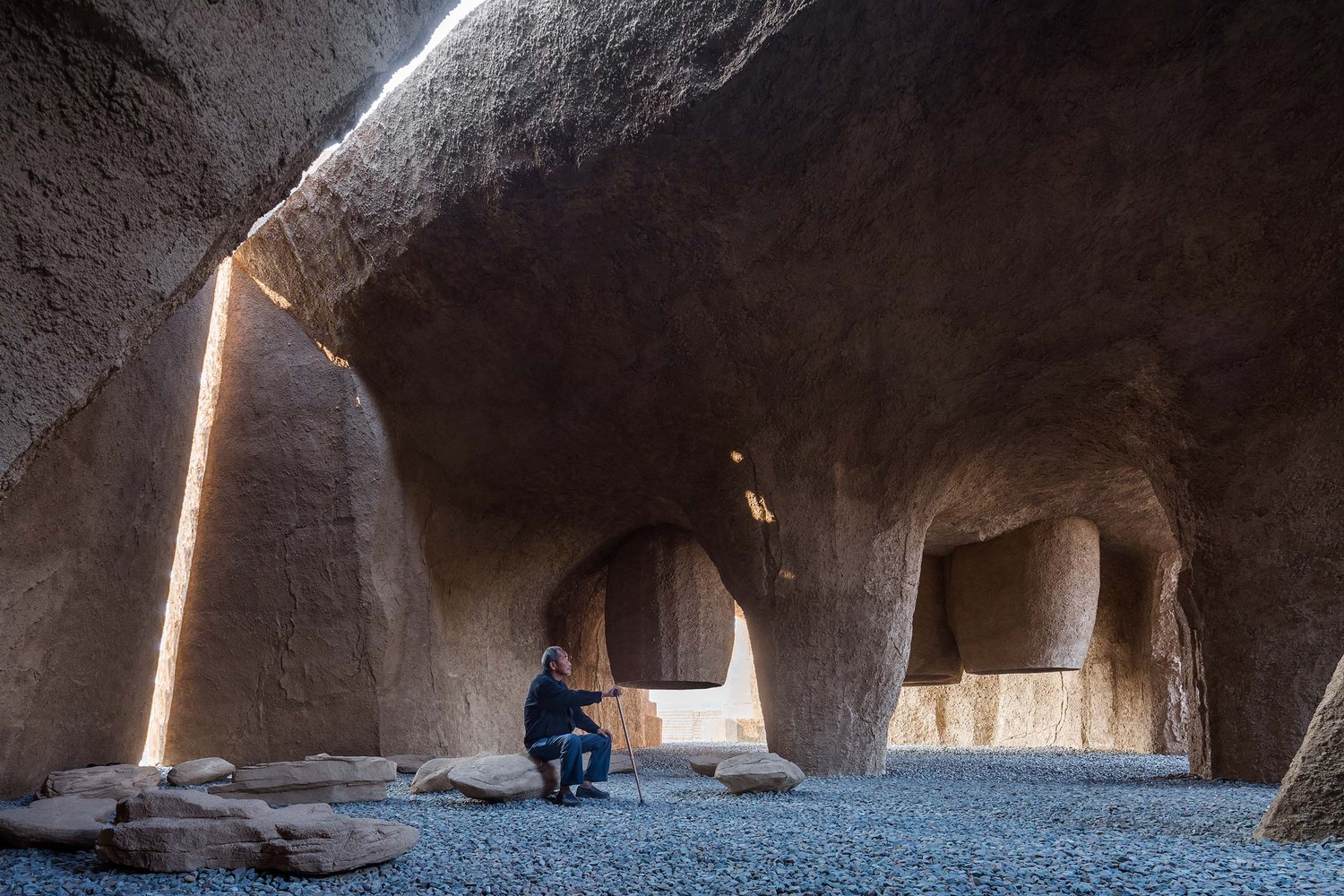 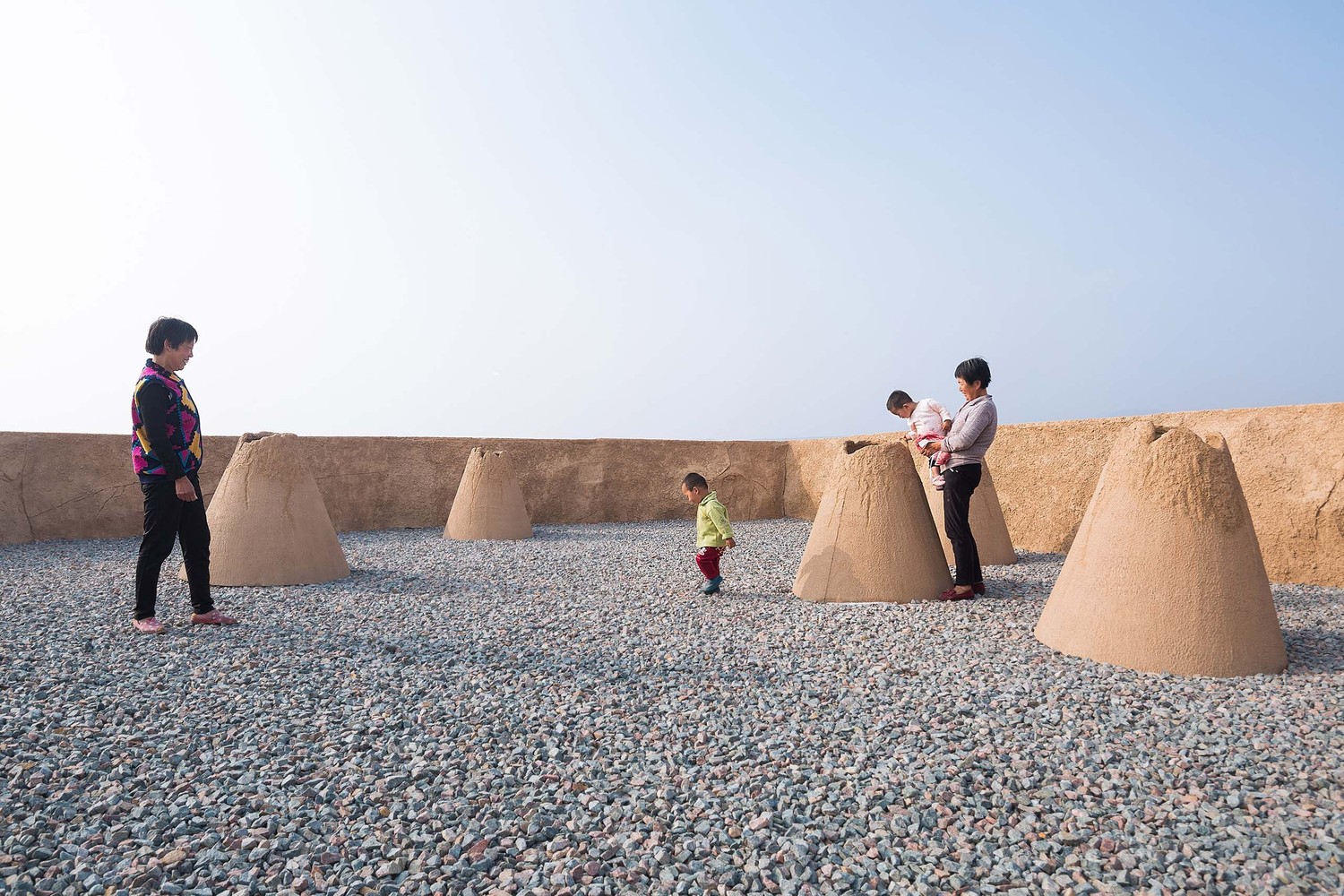 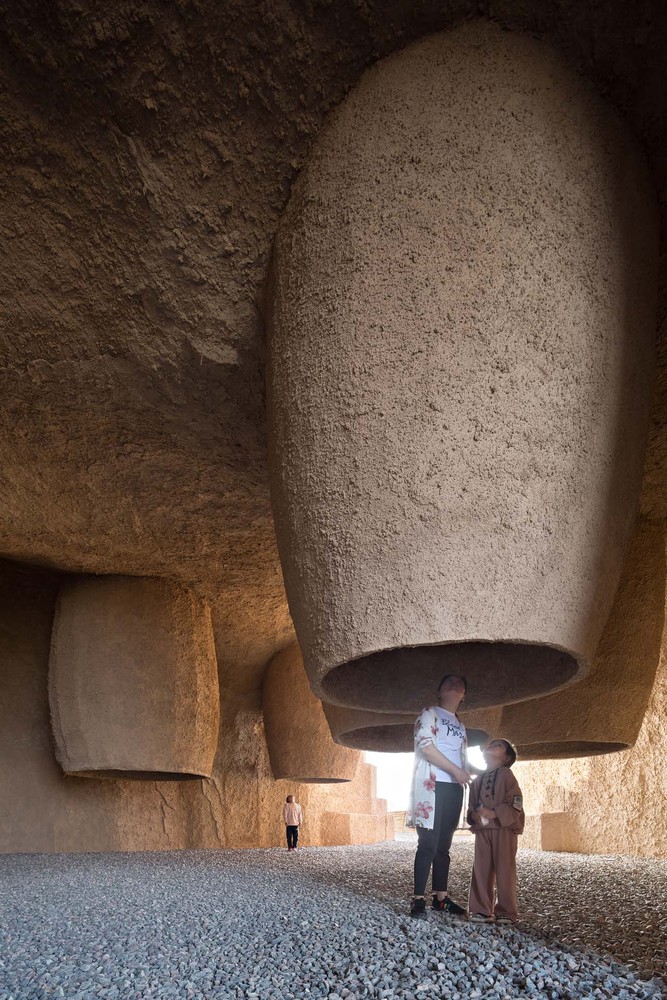 The tour begins from the existing small archaeological museum at the hill’s foot, and ascends on the stone steps leading to a cave entry.

The cave of Discovery of Fire is indeed an artificial one to house the structure of the former fire seed collecting stage. The easier exterior shape of the cave is formed by factory prefabricated panels, while its interior is sculpted on-site by hand to follow the irregular design. The cave is a semi-enclosed room that can be further developed into an exhibition space. The cave takes visitors away from the modern setting and into a primitive one. The discovery of fire is a groundbreaking milestone in human civilization. This historical moment is illustrated with a split of seam cutting through the cave to bring the light from heaven. Too much imitation of the natural form would devalue the artistic quality. Therefore this thin strip of sky is a very artificial measure, meaning that human beings have totally changed their identity to the fire-stealer. A carefully calculated angle made it possible to light the fire during the time of holy fire seed collecting from the sunlight beam, casting through the split on that ceremonial date. Another art installation in the cave is interactive sound devices hung in the cave ceiling. After conquering fire, human beings could be capable of living in the dark and deep caves to escape from outdoor dangers and inconveniences. This makes them turn shouts into whispers, and hence lose the joy of yelling. This acoustic installation is designed to allow visitors to make voices of whatever they want in a semi-closed capsulated space that connects Heaven and Earth. 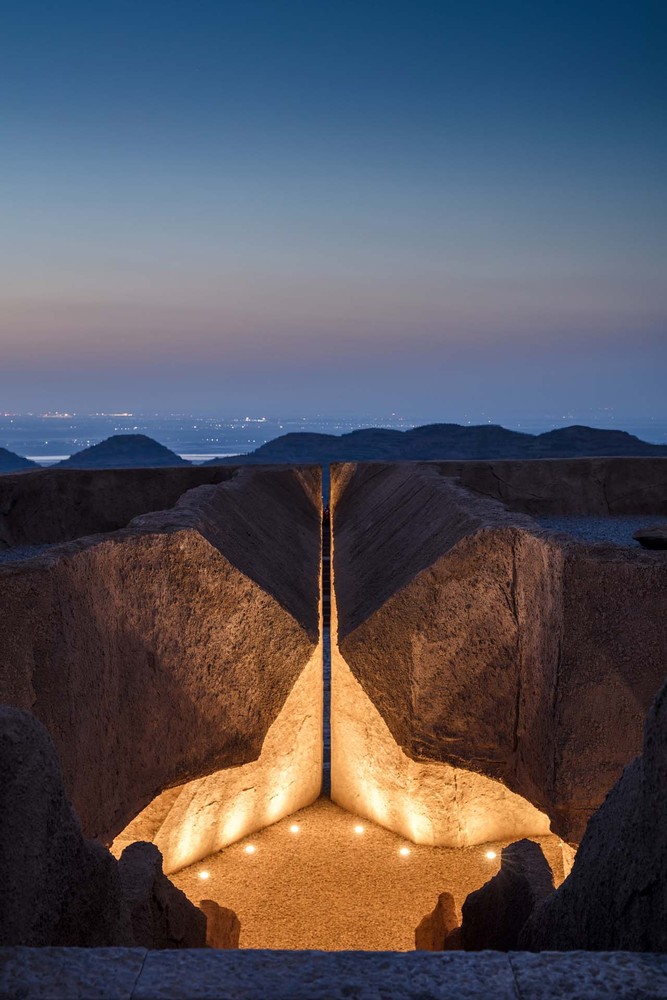 The Rite of Fire on the open place recycles the previous stones for the boundary of the plaza to create more stands encircling the existing singular octagonal stand in the center. The stepped new stands refer to the surrounding topographic features, and also function as viewing platforms and seats for the surrounding sceneries. Besides archaeological value, the Xihoudu historical site also has great landscape value as it is the best viewing place for Mountain Hua and the Yellow River.” 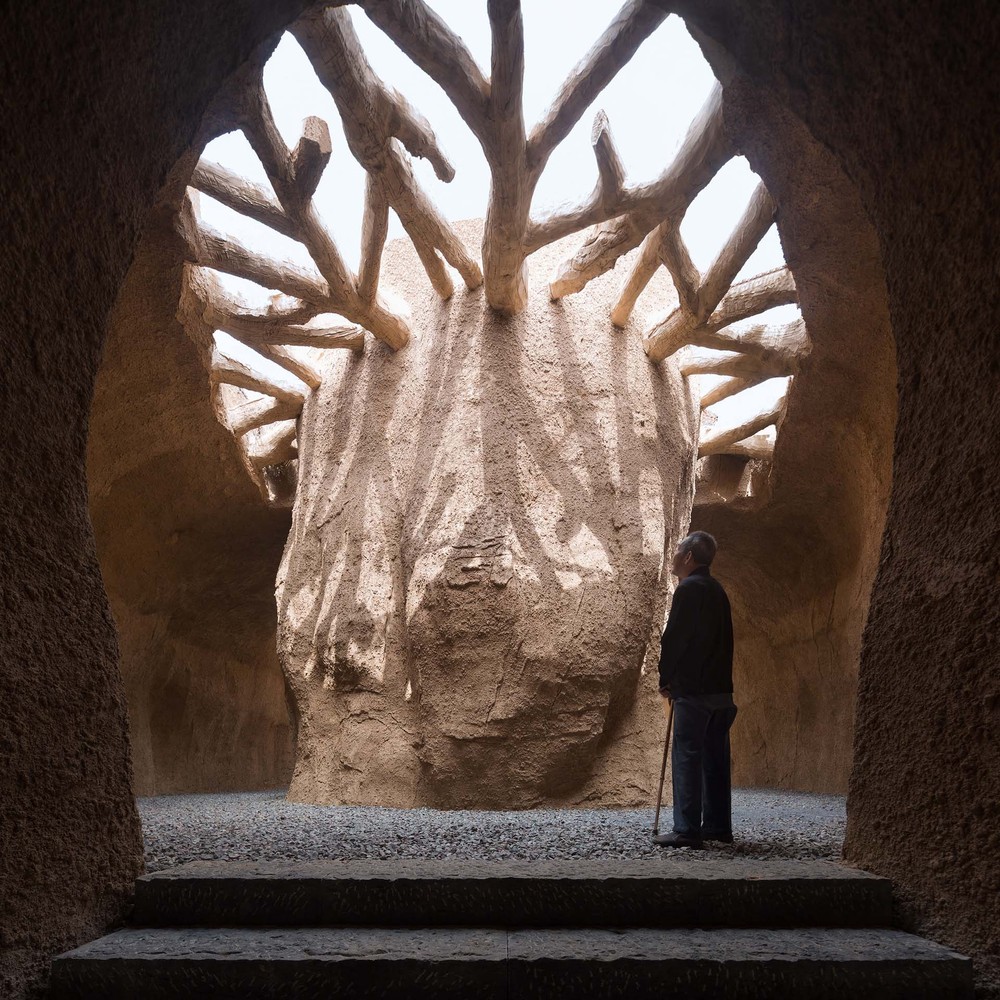