One quality that I believe all overlanders can appreciate is self-sufficiency, and in many ways, we put it into practice every time we venture out on the road or trail. It manifests in many forms, including preparedness with items like extra fuel, a water filter, and recovery equipment. But self-sufficiency also comes in the form of information and training-based resources like knowing how to administer first-aid, or how to re-seat the bead of a tire that’s come off of a rim without using tools.

If you’re nodding your head in agreement then I think you’ll appreciate the Earthship community that exists just outside of Taos, New Mexico. What’s an Earthship and what do they have to do with self-sufficiency, you might be asking. In the simplest sense, an Earthship is a self-sufficient home that is constructed from repurposed materials. But to truly appreciate them, it’s important to understand the six key elements that define an Earthship:

Food production – All Earthships incorporate integrated gardening space that can be utilized year-round to produce food. Generally, this is realized as a long, south-facing atrium or greenhouse that is integrated into the front of the building.

Energy production – Earthships have their own energy production systems that are independent of the grid. Electricity is often produced by solar panels but some Earthships also utilize wind, micro-hydro, or even biodiesel energy sources.

Water harvesting – Collecting and purifying precipitation is another crucial element in the self-sustaining design of an Earthship. Generally, cisterns are incorporated into the design of these houses to collect precipitation that falls on the roof and store it for use throughout the year.

Shelter – An Earthship is a home, so naturally, shelter is its primary purpose. But Earthships take the concept of shelter and flip it on its head. Instead of building conventionally, they utilize shapes, materials, and design principles that heat and cool naturally. The result is a home that requires minimal inputs to stay comfortable all year.

Garbage management – This principle refers to using repurposed or up-cycled building materials for construction. Earthships use all manner of discarded items, for instance, cans, bottles, and tires. All of these materials are low-cost or free and would otherwise end up in landfills on a long enough timeline.

Sewage treatment – Earthships separate and process wastewater on-site. Freshwater that has been used for showering, doing dishes, and washing clothing becomes greywater. Greywater is then filtered through planters and used a second time, for flushing toilets. Blackwater from toilets is then diverted into a composting septic tank and leaching field. Aquatic plants and a riparian ecosystem can be installed to further detoxify wastewater that has passed through the entire system so that it can safely return to the surrounding environment. 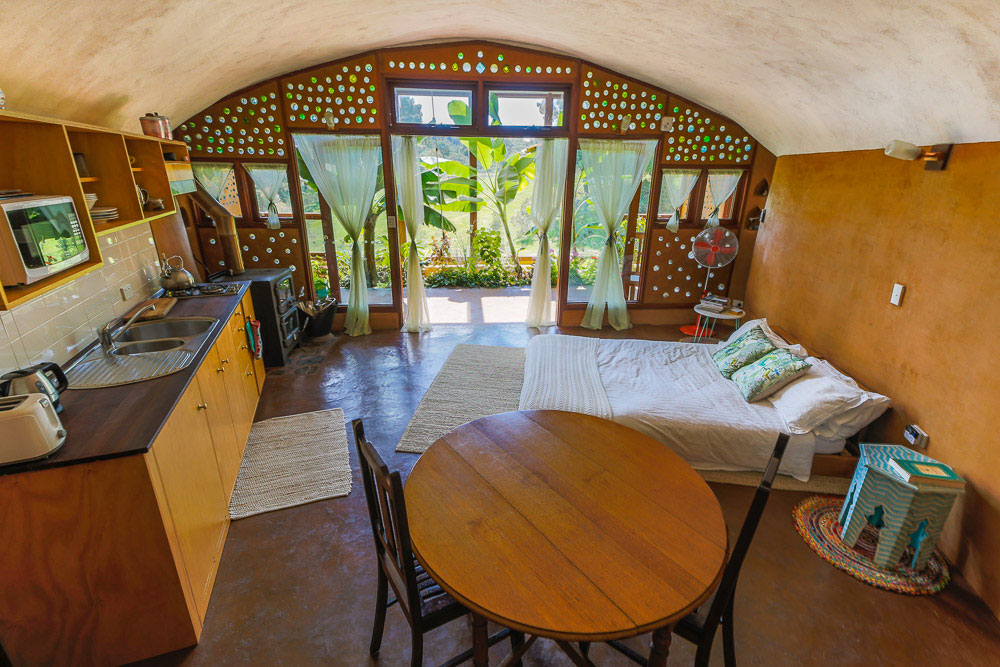 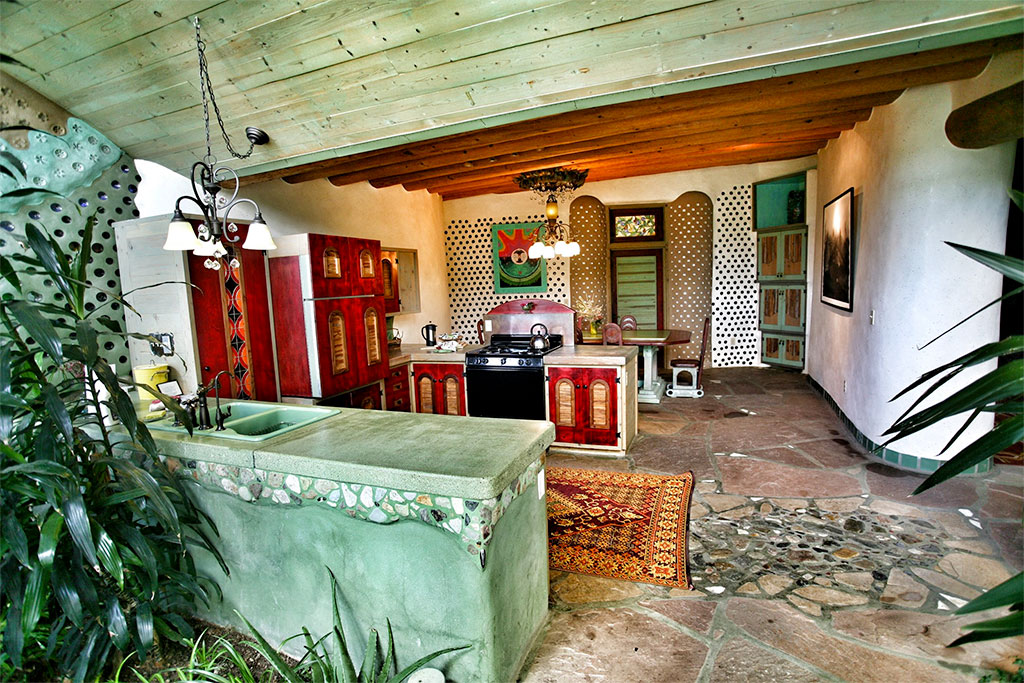 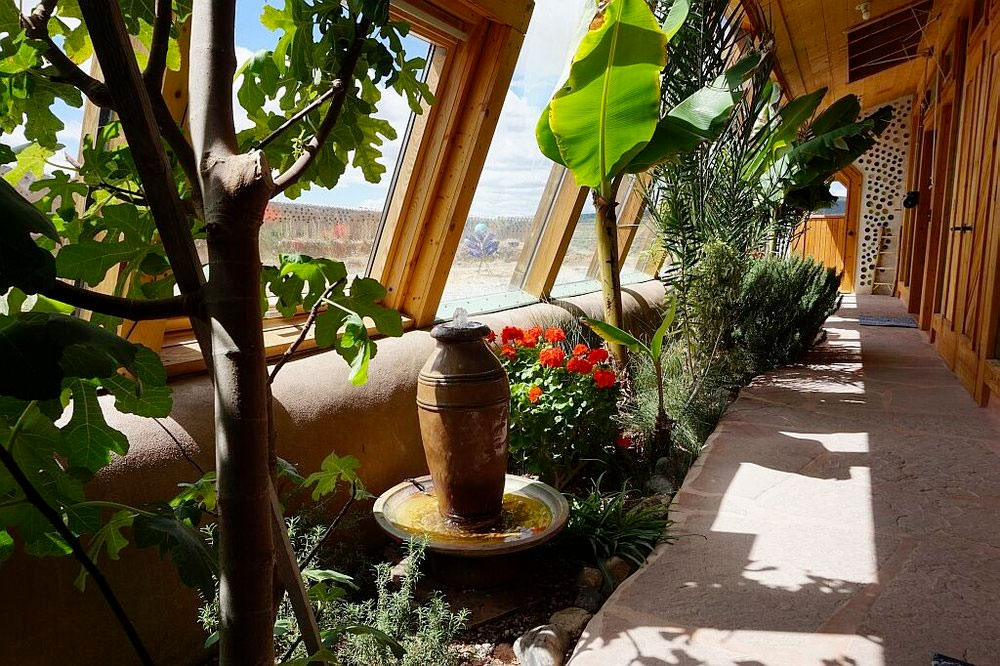 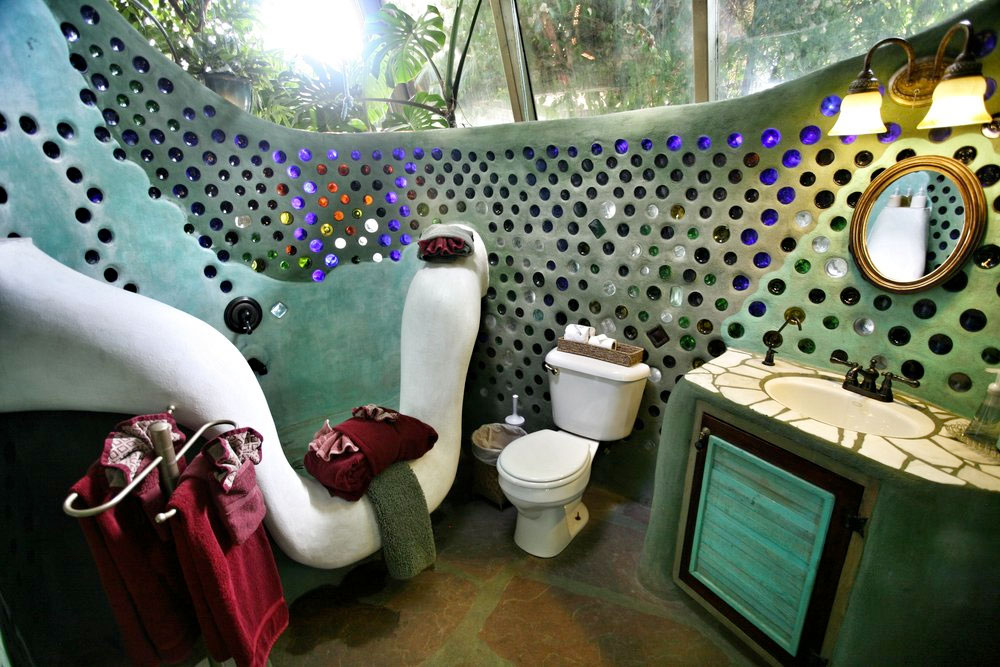 Michael Reynolds, the visionary architect who coined the term Earthship, established this community in the 1970s, and ever since its inception, he’s been utilizing it as a hands-on classroom as well as a proving ground for his designs. While it’s easy to appreciate the whimsical appearance of these buildings, the best way to grasp their resilient and self-sufficient nature is to spend a few evenings living in one. The good news is that you can rent them by the night, week, or even month.

Learn more about the Taos Earthship community or book your stay on the Earthship Biotecture website.