I knew Custer, South Dakota, would be beautiful in its own way, and that the “Black Hills” meant there had to be hills somewhere, but I had no idea of the mountainous wonderland I’d be immersed in for almost three weeks.

My friend, and fellow rider, Michelle Lamphere, invited me to Custer when I mentioned on Facebook that I was looking for a distraction-free place for a self-imposed writer’s retreat. Michelle offered me an old pick-up truck to use while there, a cabin space in the Chalet Motel, which she owns and runs, and even a couple of motorcycles to choose from, should I feel the need to get on two wheels. She couldn’t promise “no distractions,” though, and when I arrived, I saw what she meant. 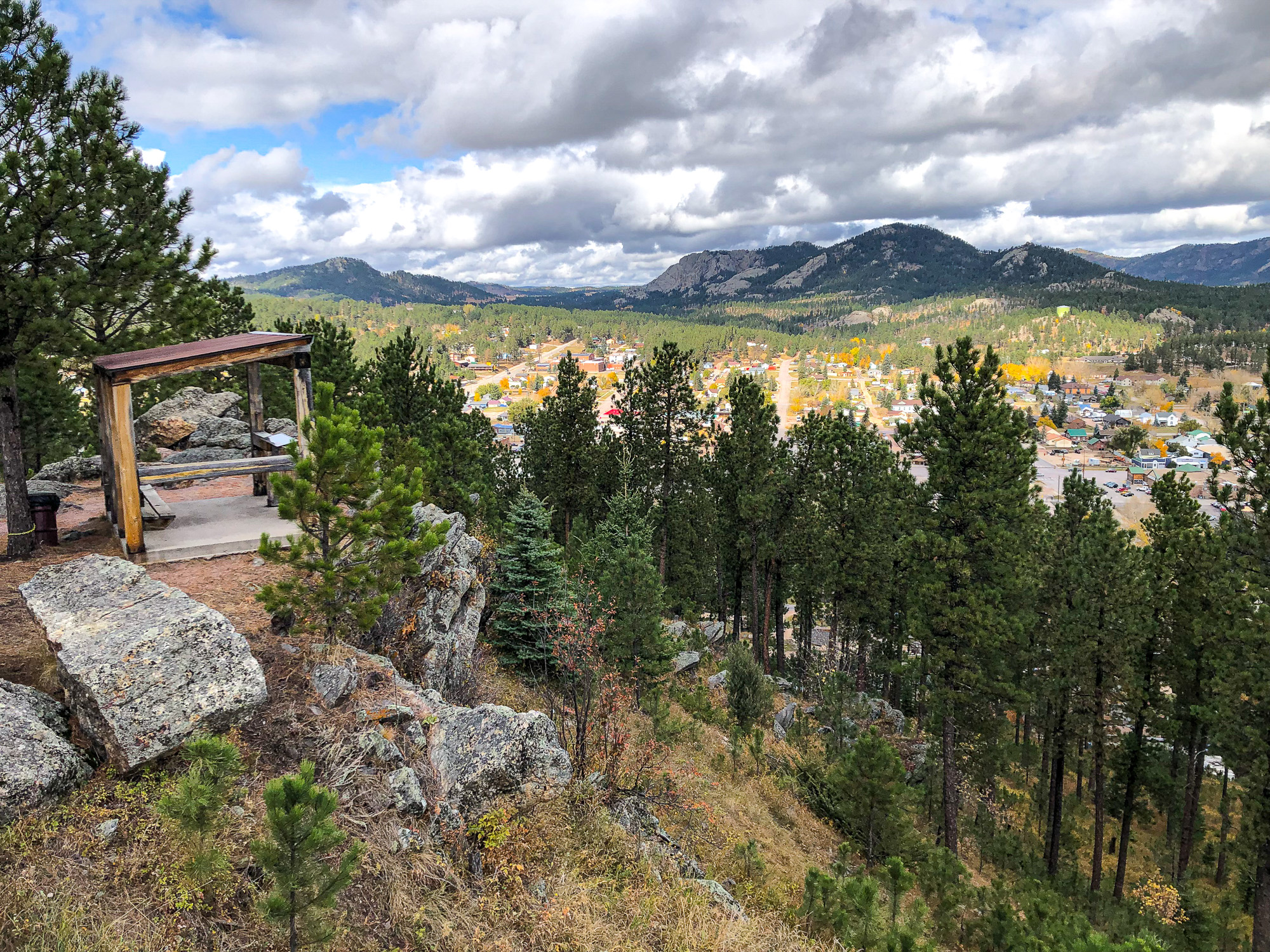 View of Custer from Garden Park. 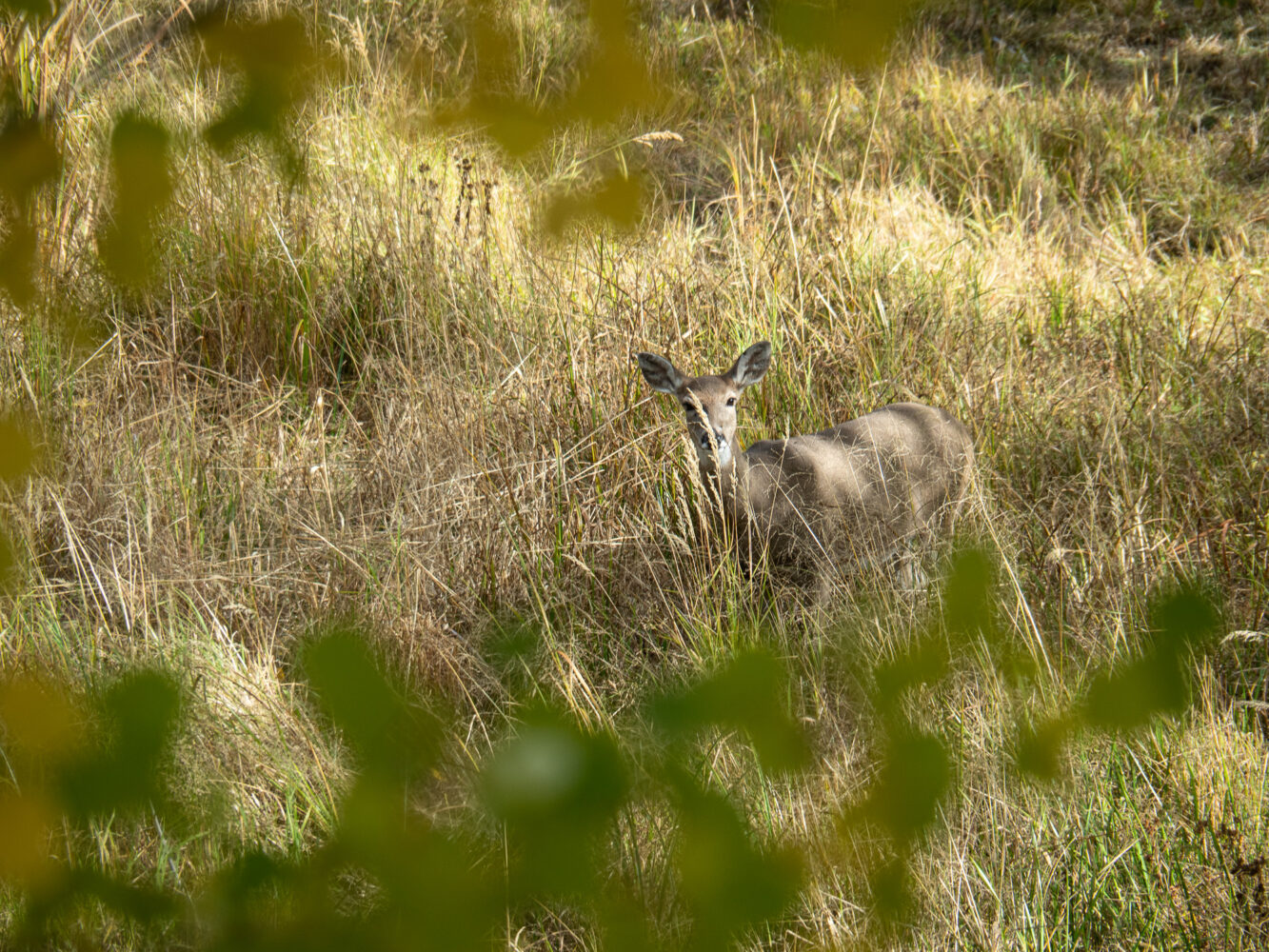 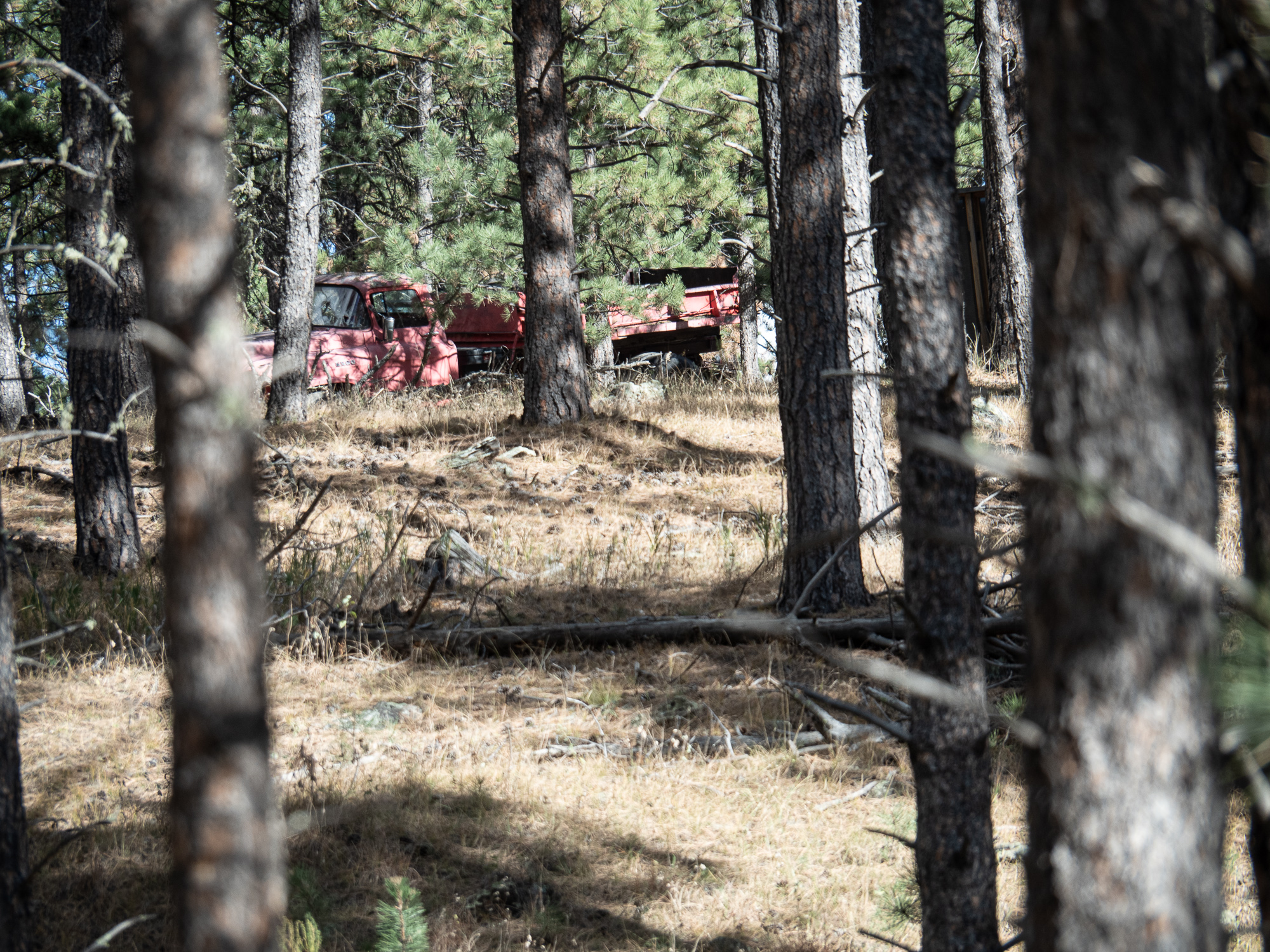 Custer is less than an hour southwest of Rapid City. The townsite sits at 5,315 feet and has a population of just over 2,000. Though its main street is barely a mile long, Custer is a major destination, given its proximity to Devil’s Tower National Park, Custer State Park and Needles Highway, and Mount Rushmore. An hour and a half straight north is the infamous town of Sturgis, where several hundred thousand motorcycles shake the glass out of window panes every summer for ten days. 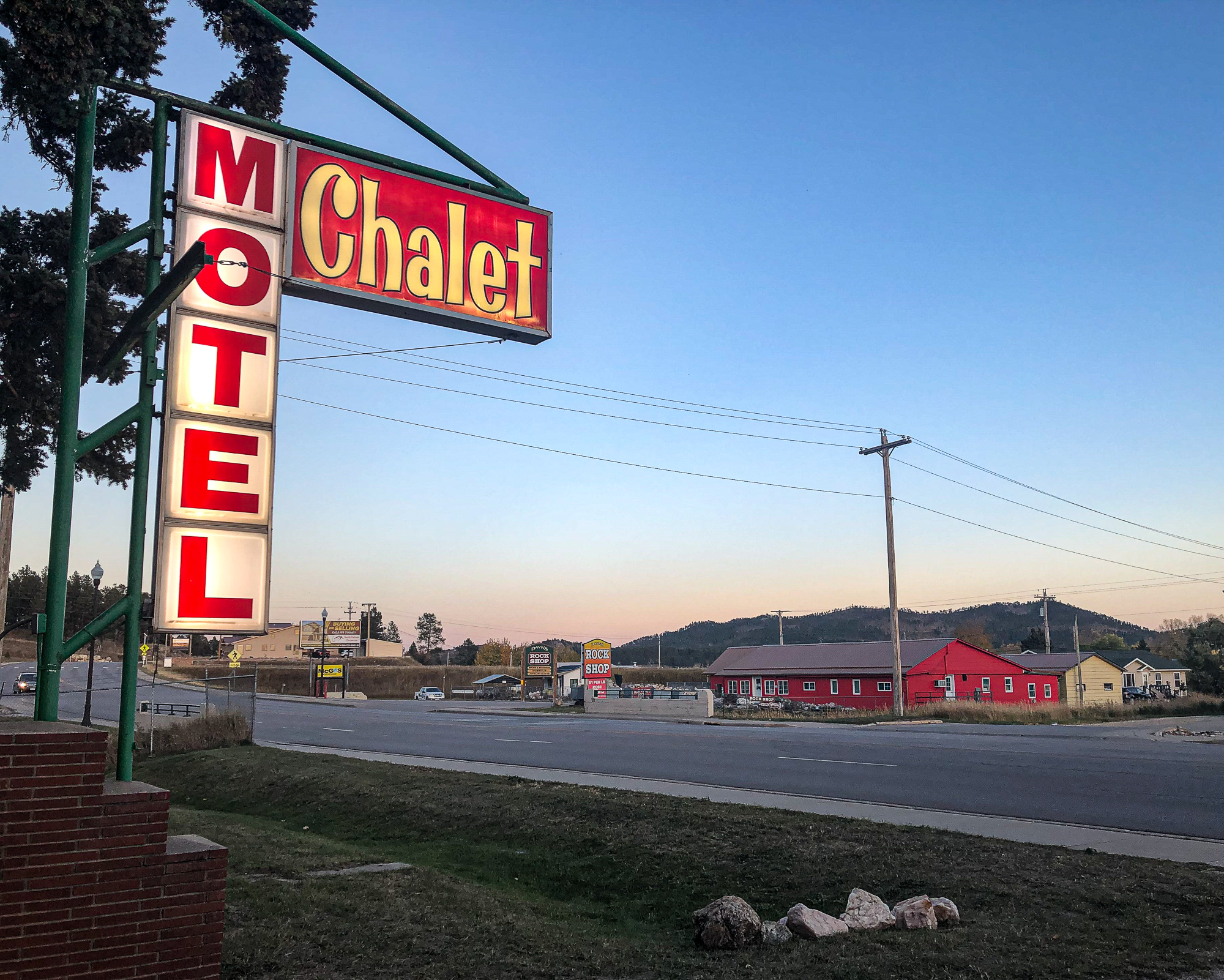 During my time in Custer, I stayed at the Chalet Motel. 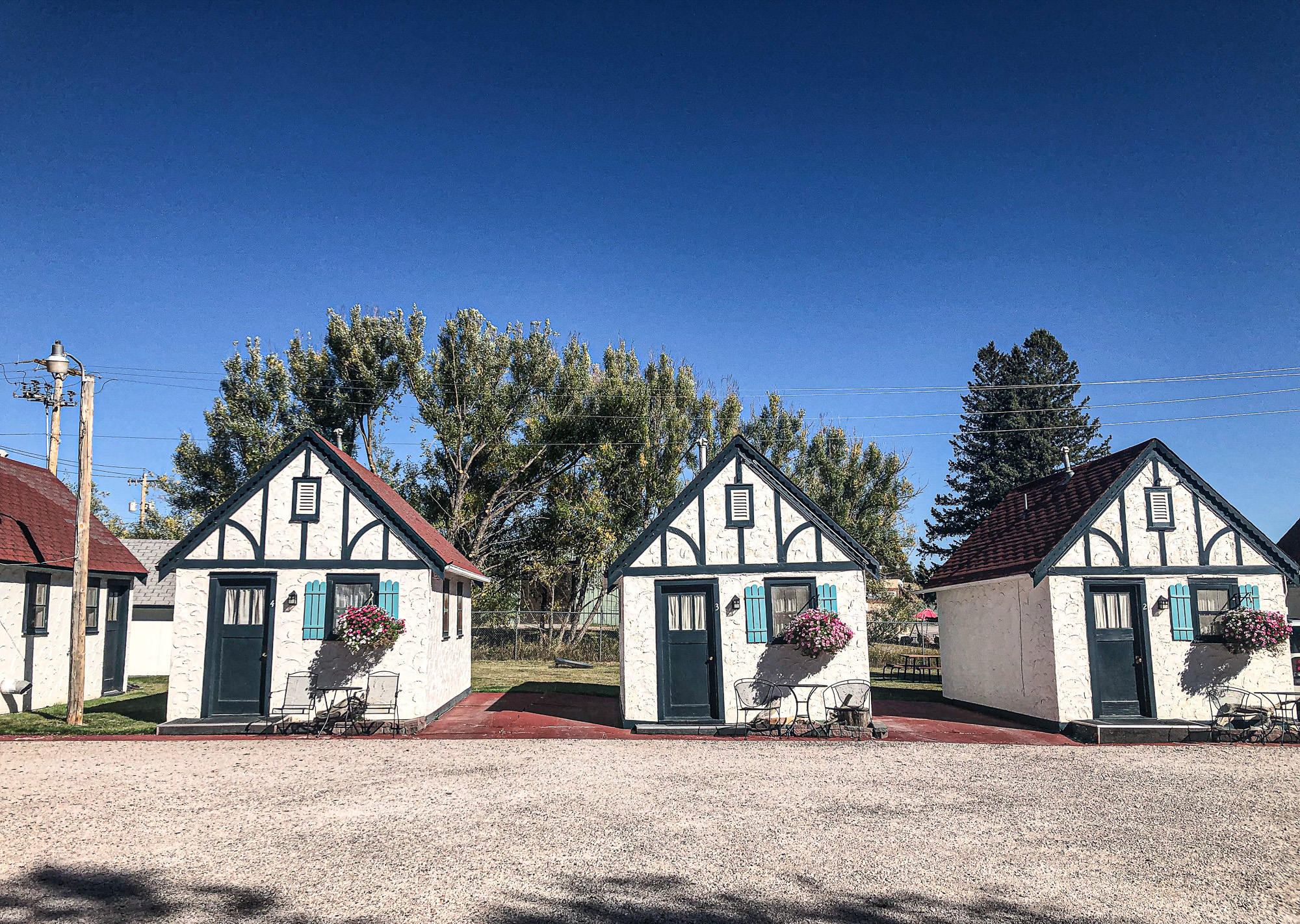 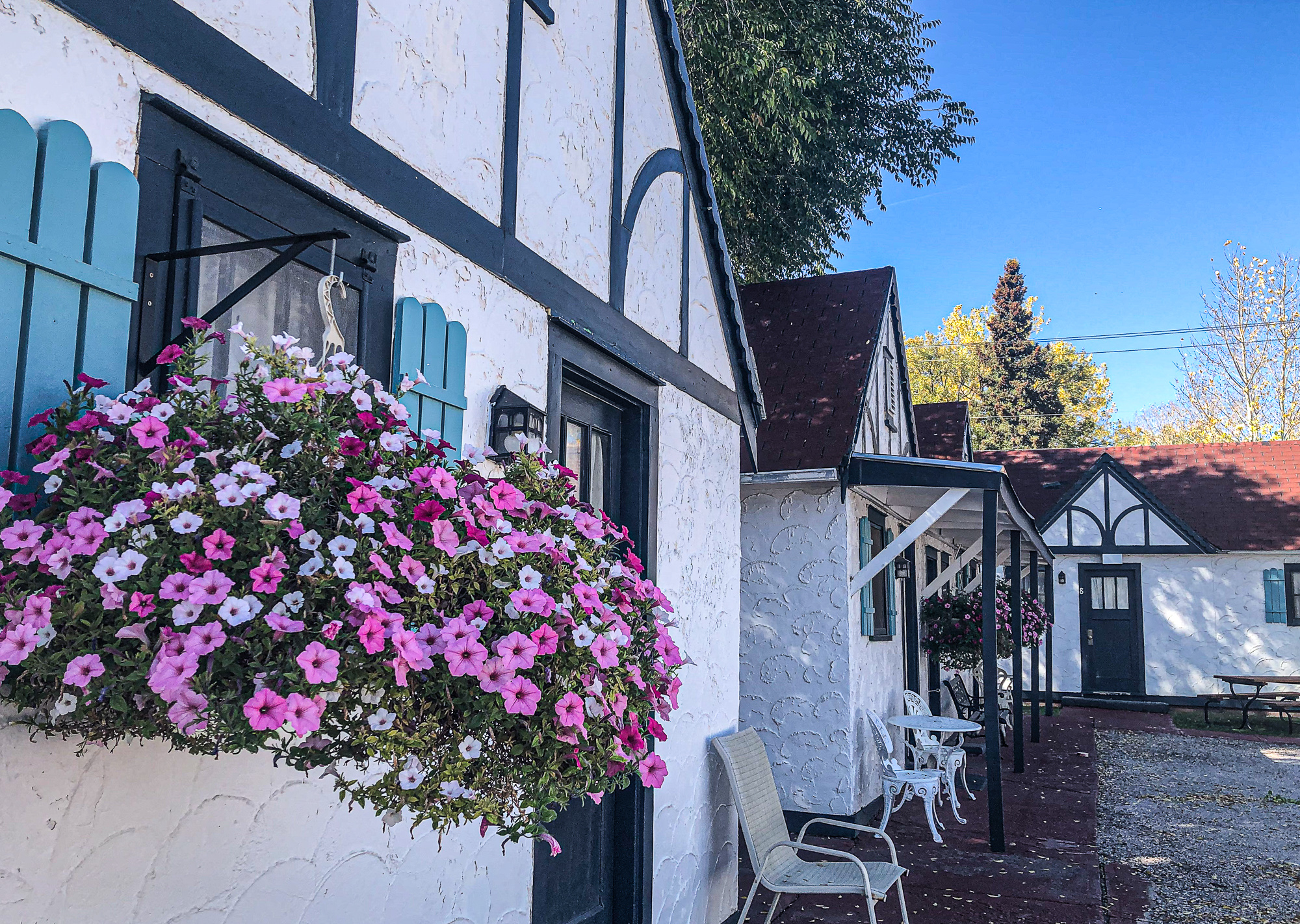 This is when you’ll likely see Custer at its busiest, but when I was there in October, the town was quiet. Many shops and restaurants were shut down for the season, and hotels and motels were operating at half capacity. To me, this seemed like the perfect time to be in Custer. Tourists were mostly gone, yet the scenery was incredible, with fall colors, blue skies, and fresh air. 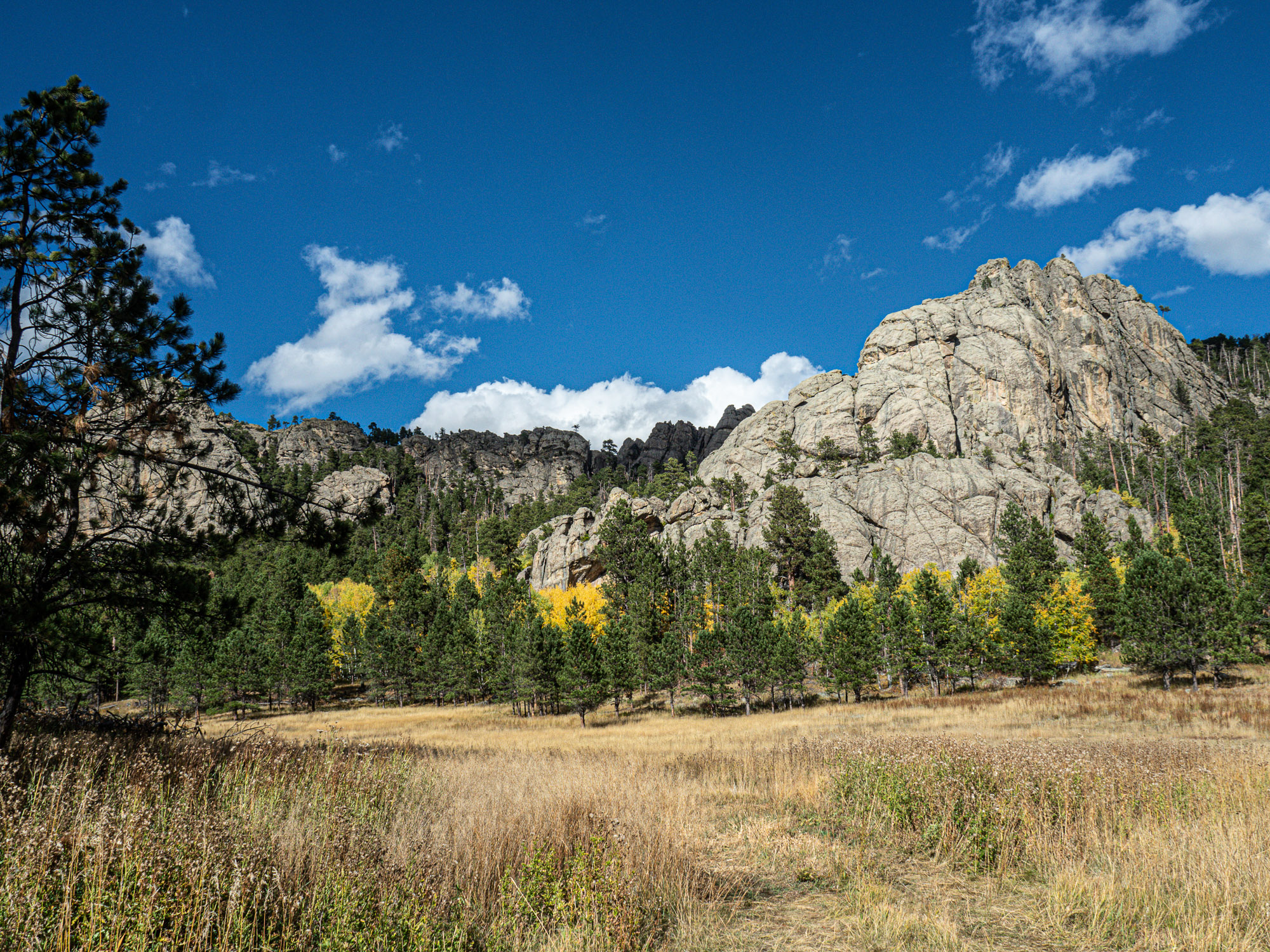 The first distraction came on day one when I learned Devil’s Tower was less than two hours’ drive away. Devil’s Tower is a majestic butte, formed from phonolite porphyry, or cooled lava. The tower sits at 5,112 feet above sea level and the rock itself rises 867 feet from its base. Rock climbers love it here, using the vertical columns to gain the summit. What makes Devil’s Tower unique is there is literally nothing like it around for miles. Although the Black Hills are very rocky and mountainous, Devil’s Tower comes out of nowhere, jutting from flat prairie land. It is believed to be a holy place, and many prayer flags are hung in the surrounding trees and bushes. 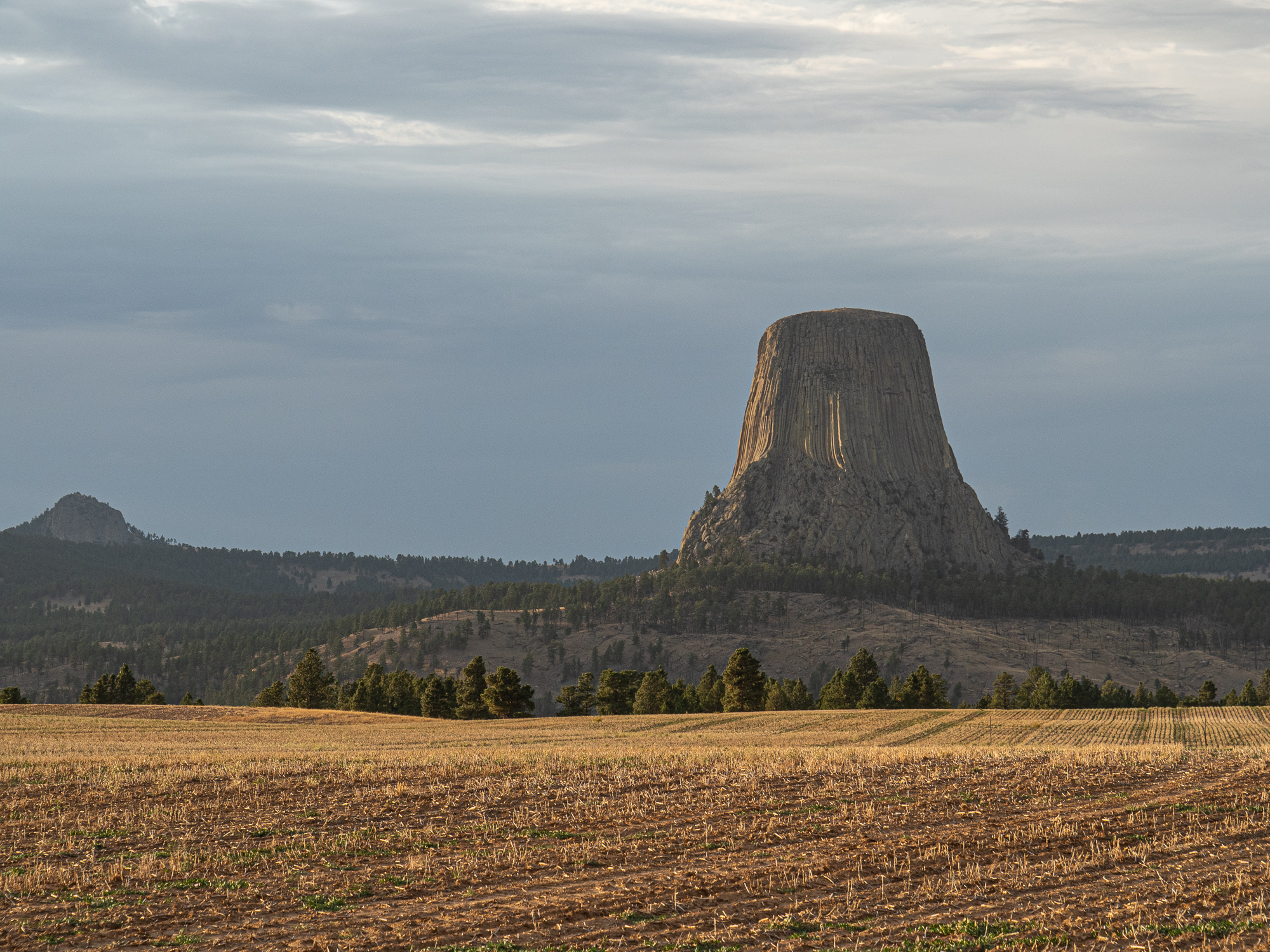 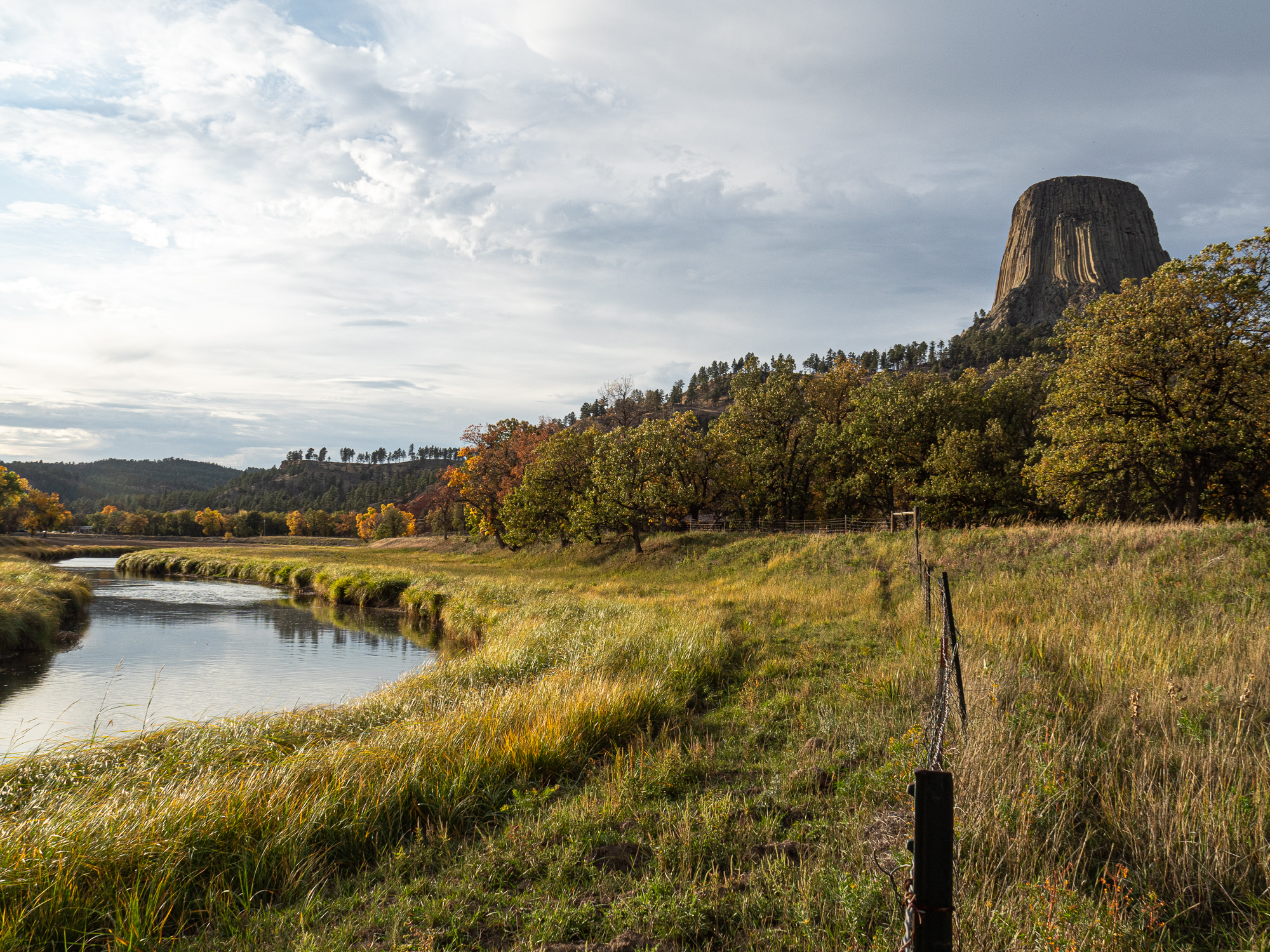 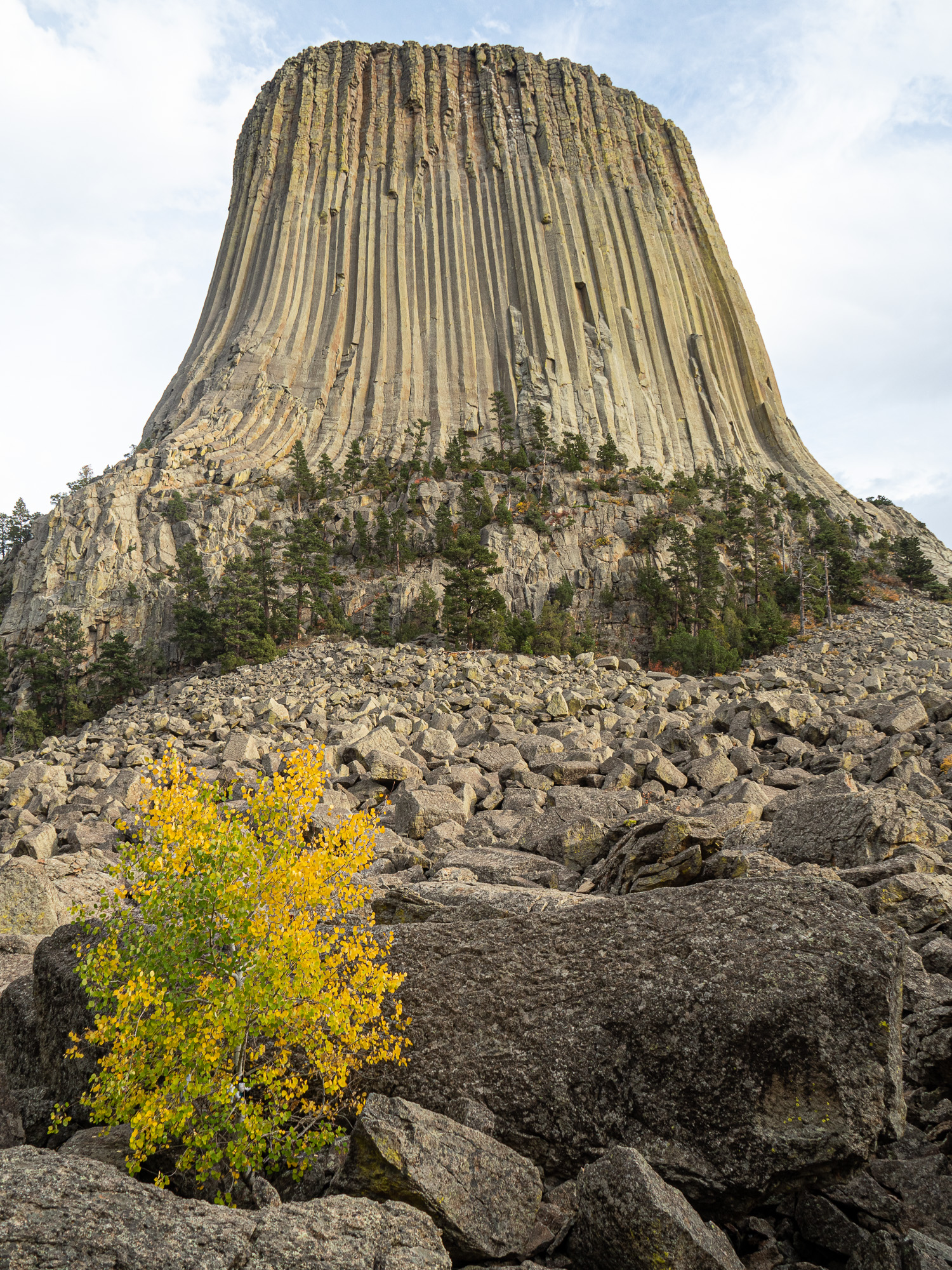 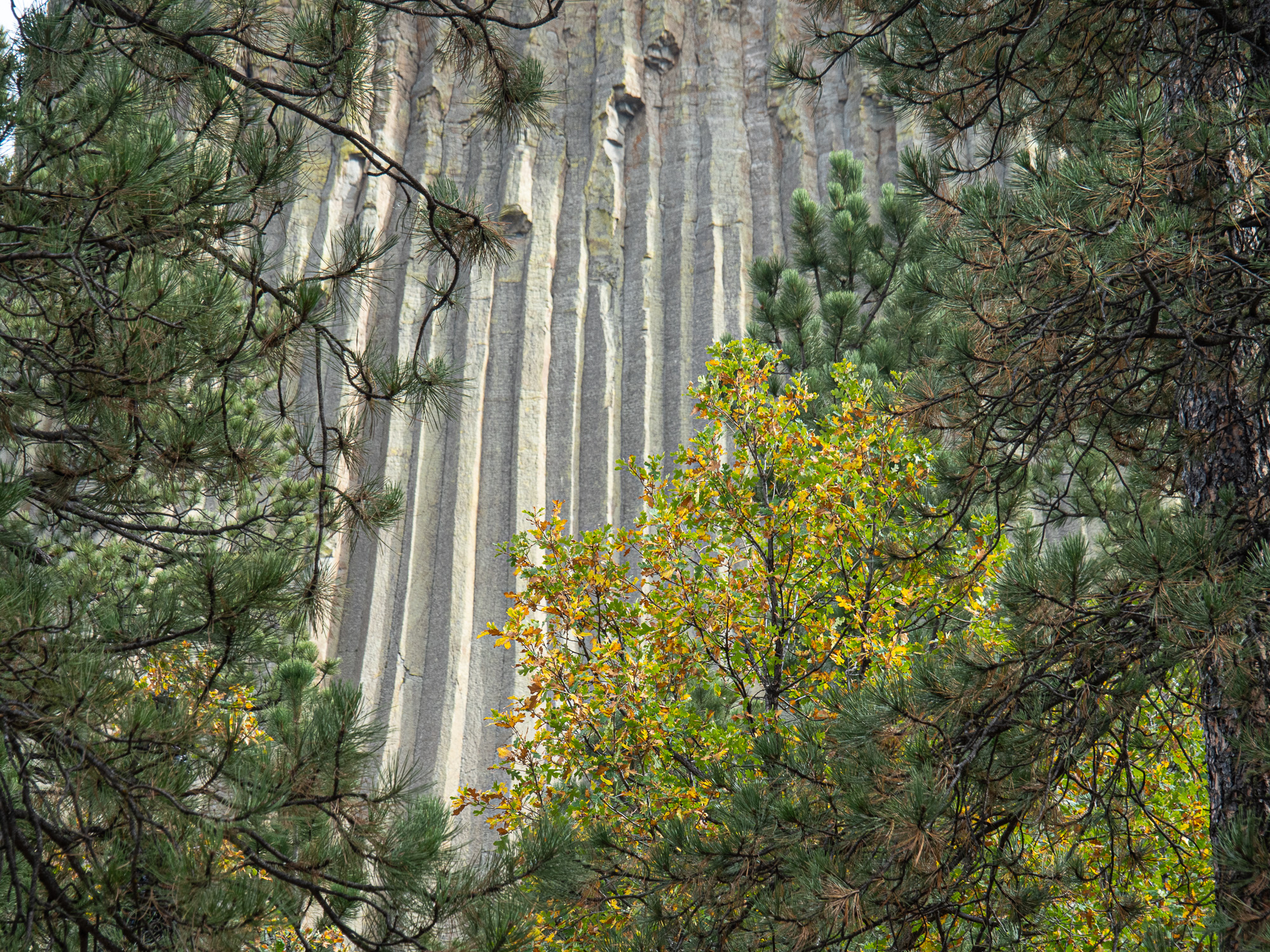 During my time in Custer, I did a lot of walking right from the front door of my cabin. At the end of the street, I could access the George S. Mickelson Trail. Along the 108-mile-long trail, you’ll find horseback riders, mountain bikers, and electric bikes. The trail is open to all. I walked several miles in both directions almost every day and hardly saw a soul, but I can imagine it gets busy in full swing. 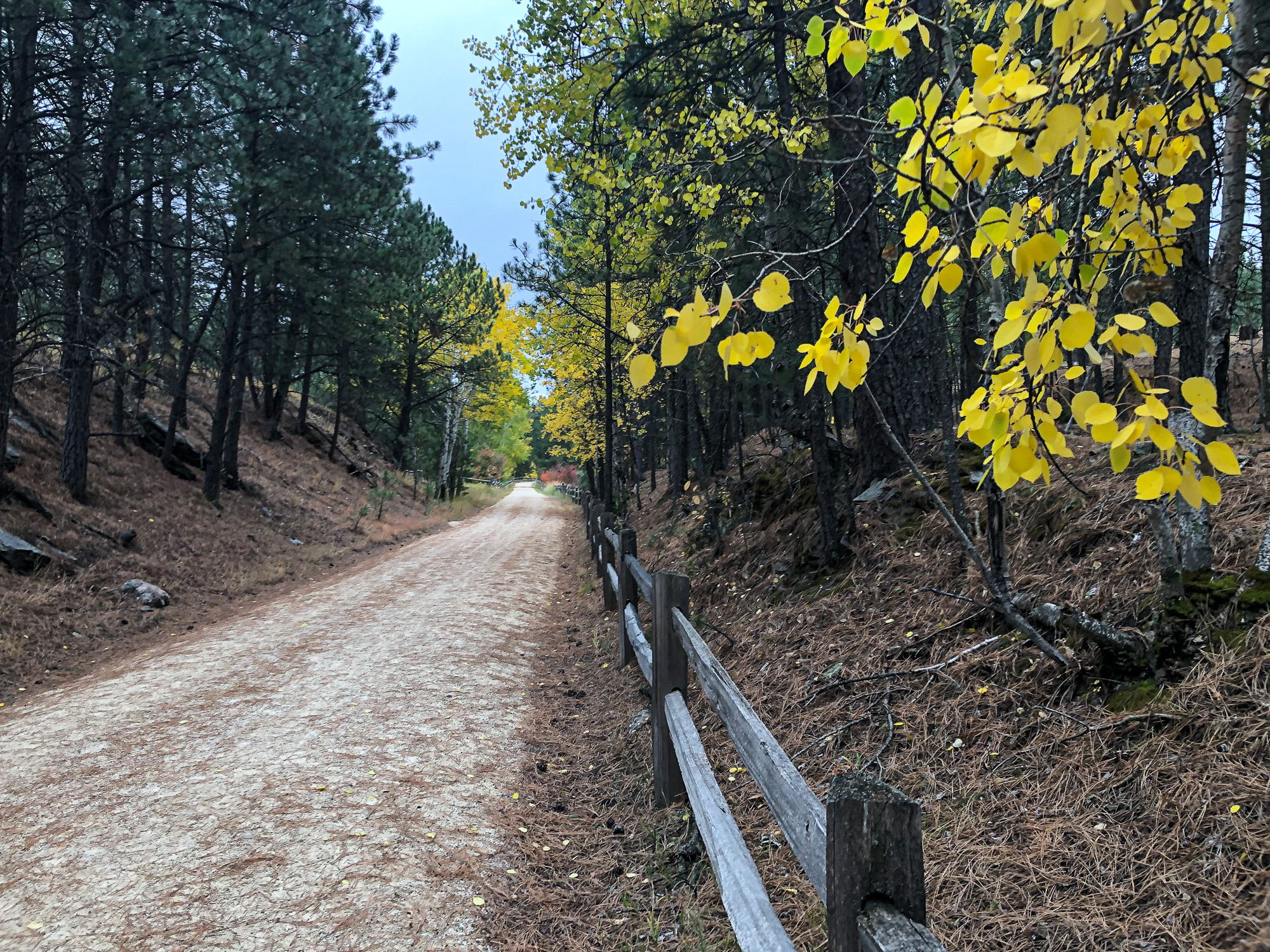 The Mickelson Trail stretches for over one hundred miles. 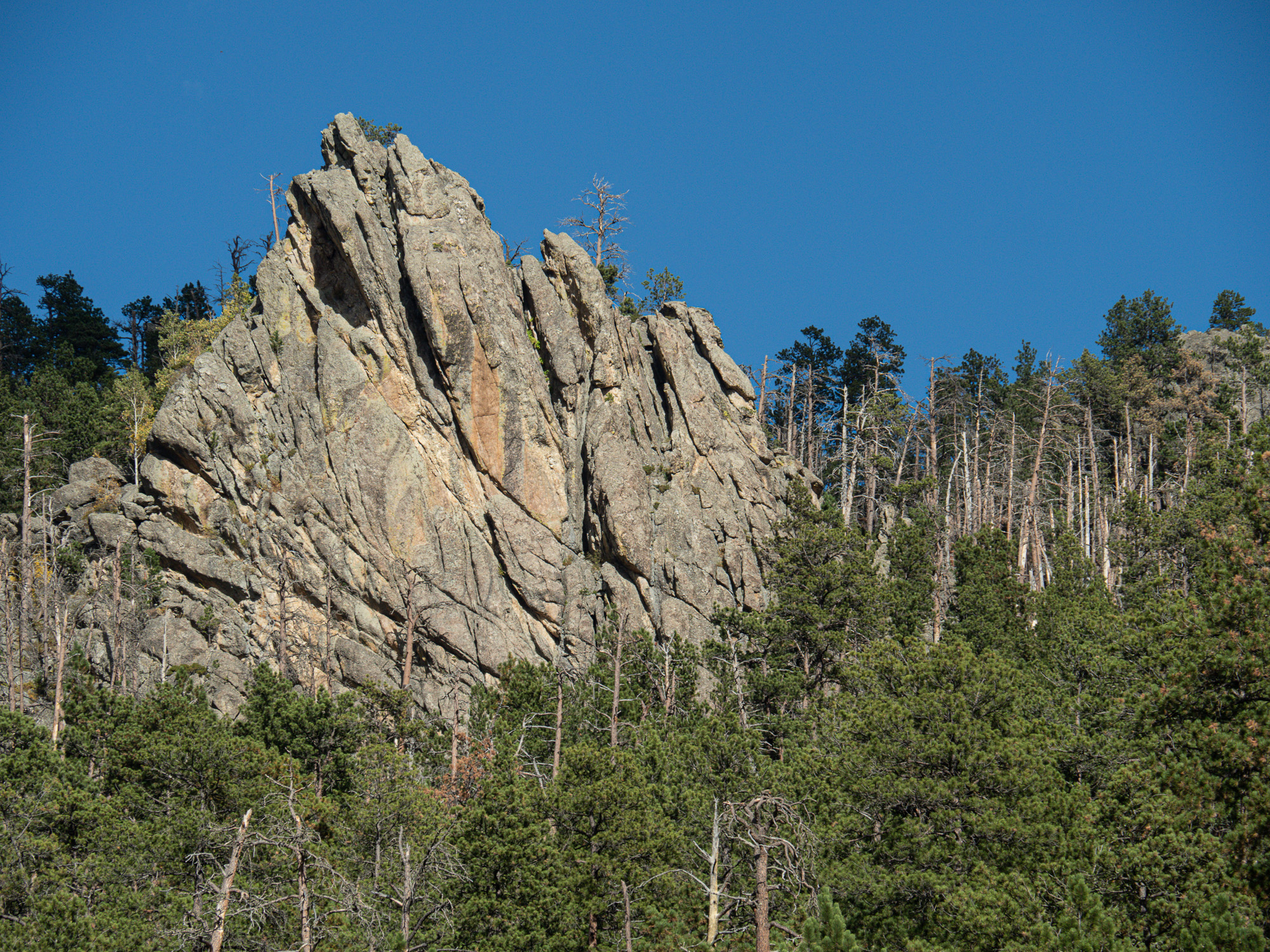 Lots of beautiful rock formations along the Mickelson.

The walking and hiking are fantastic in and around Custer. In Custer State Park, you’ll find the incredible Needles Highway taking you to trailheads and lakes (Sylvan Lake is a must-see), and through one of the many tunnels along 38 miles of forested twists and turns. Here, you’ll also want to grab a motorcycle or fast car and check out Iron Mountain Road—17 miles long with 314 curves, 14 switchbacks, 3 pigtails (tight, consecutive turns in a row like a corkscrew), 3 tunnels, and, “4 presidents,” meaning Mount Rushmore. 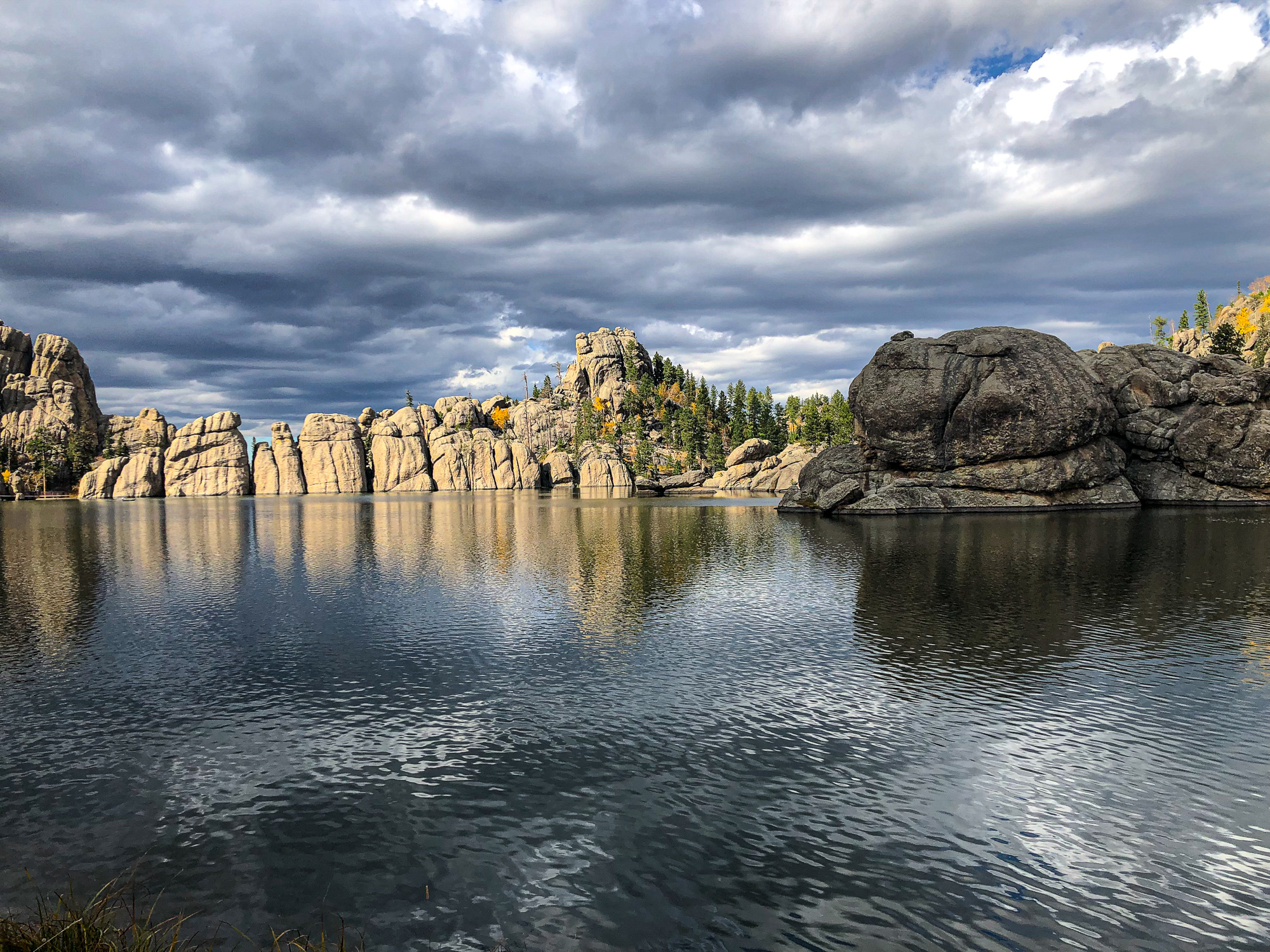 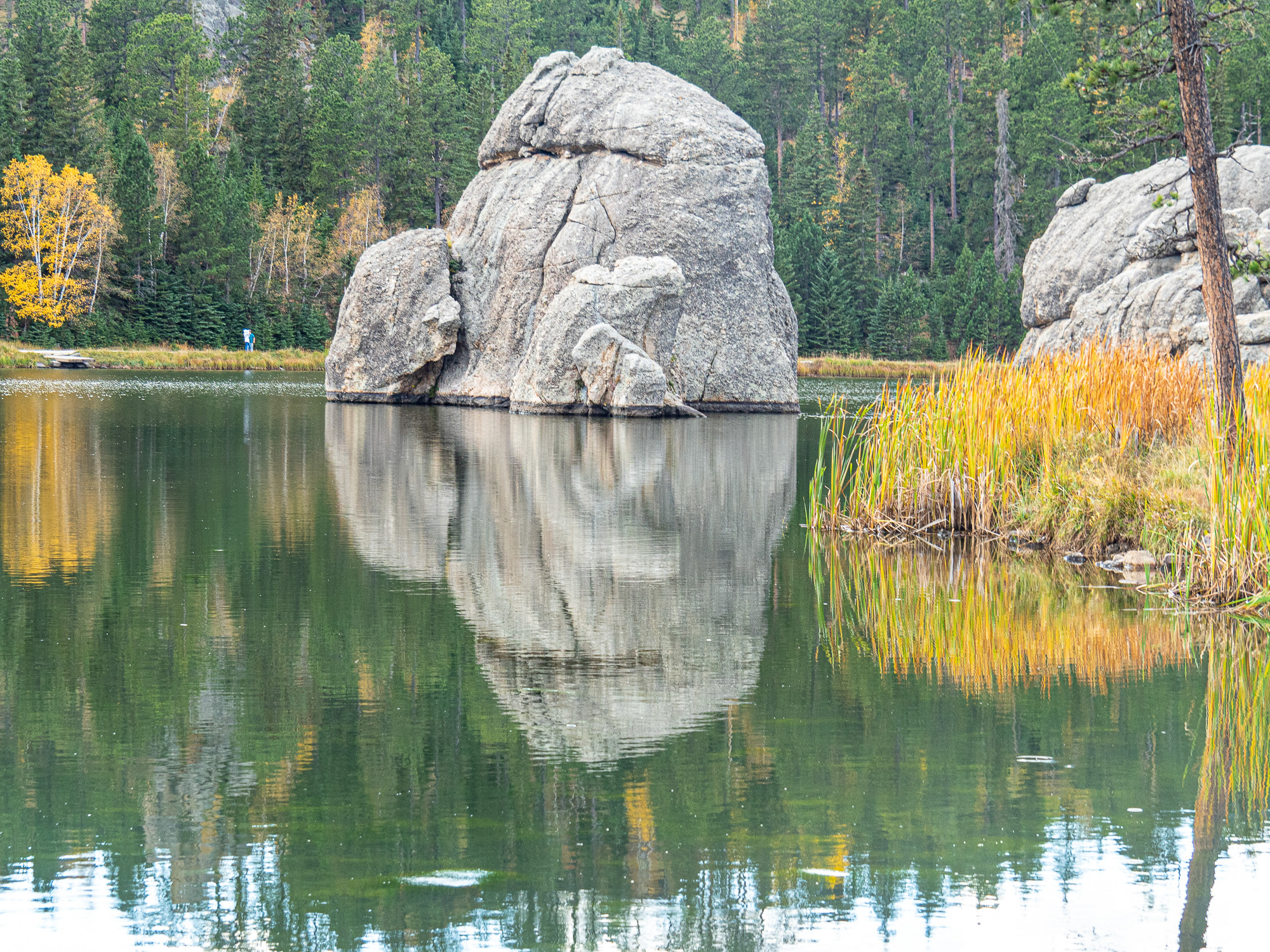 Is it just me, or does this rock look like a submerged Mr. Potato Head? 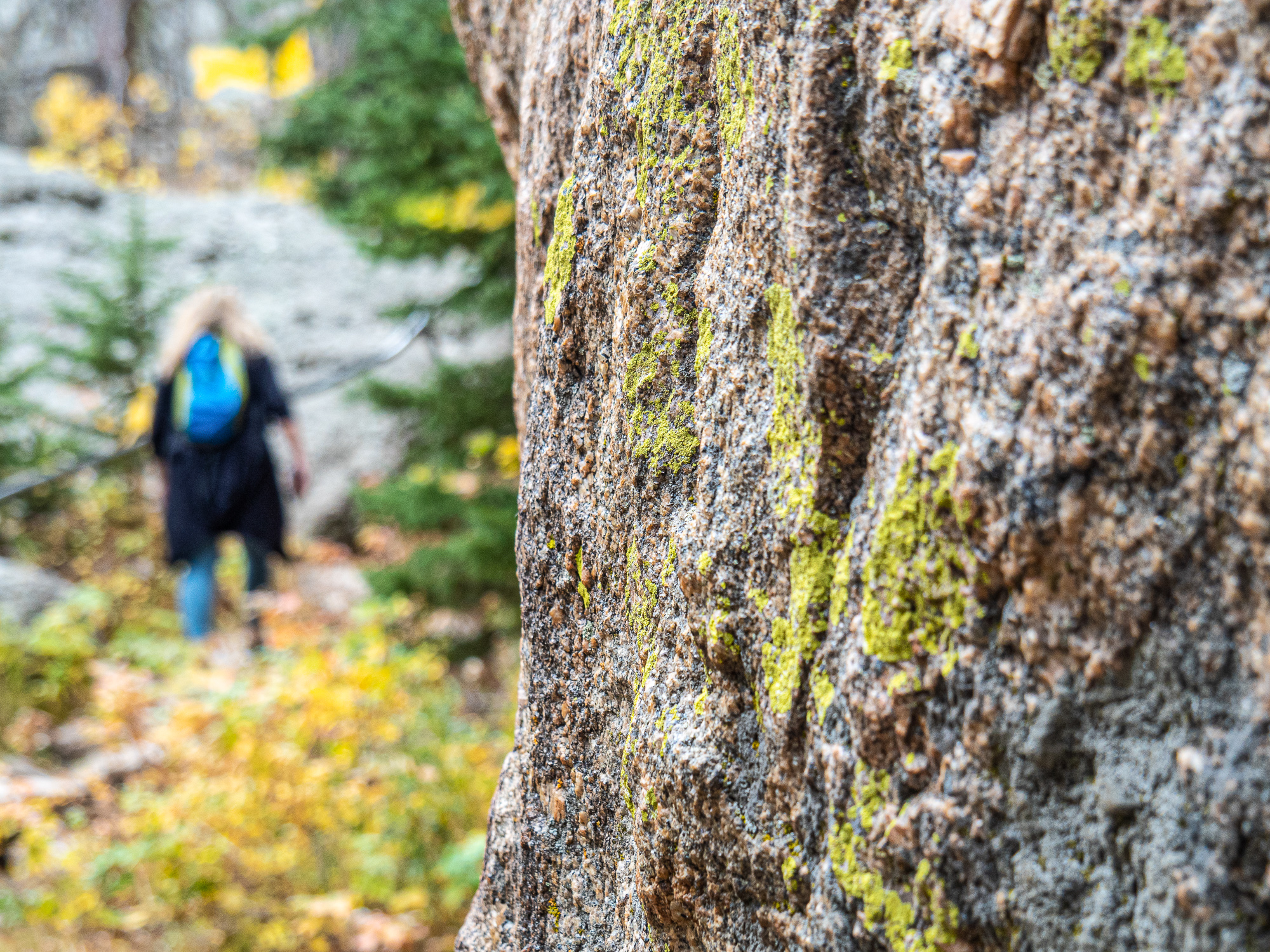 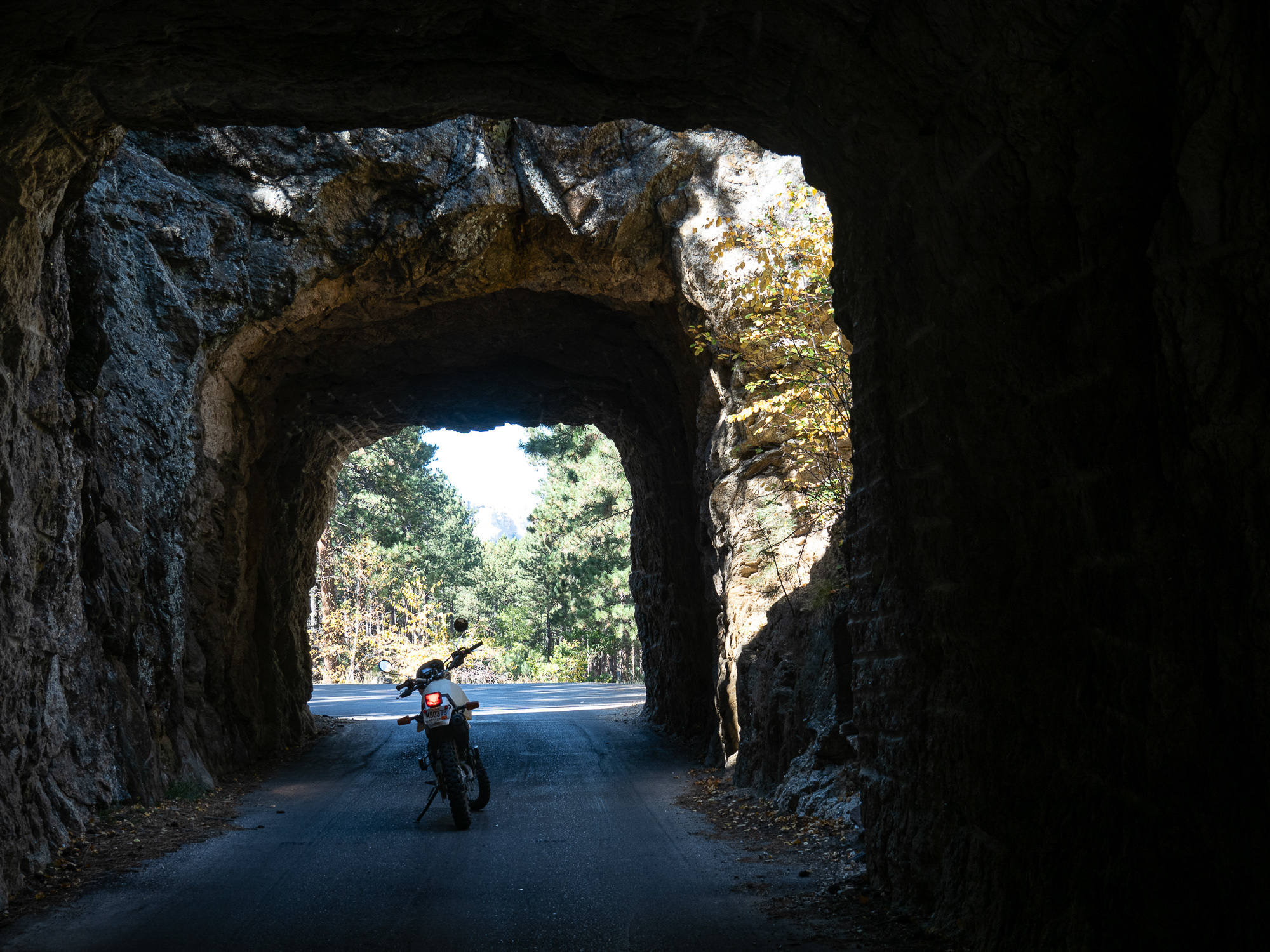 During the busy tourist season, there’s no way I could have got this shot. 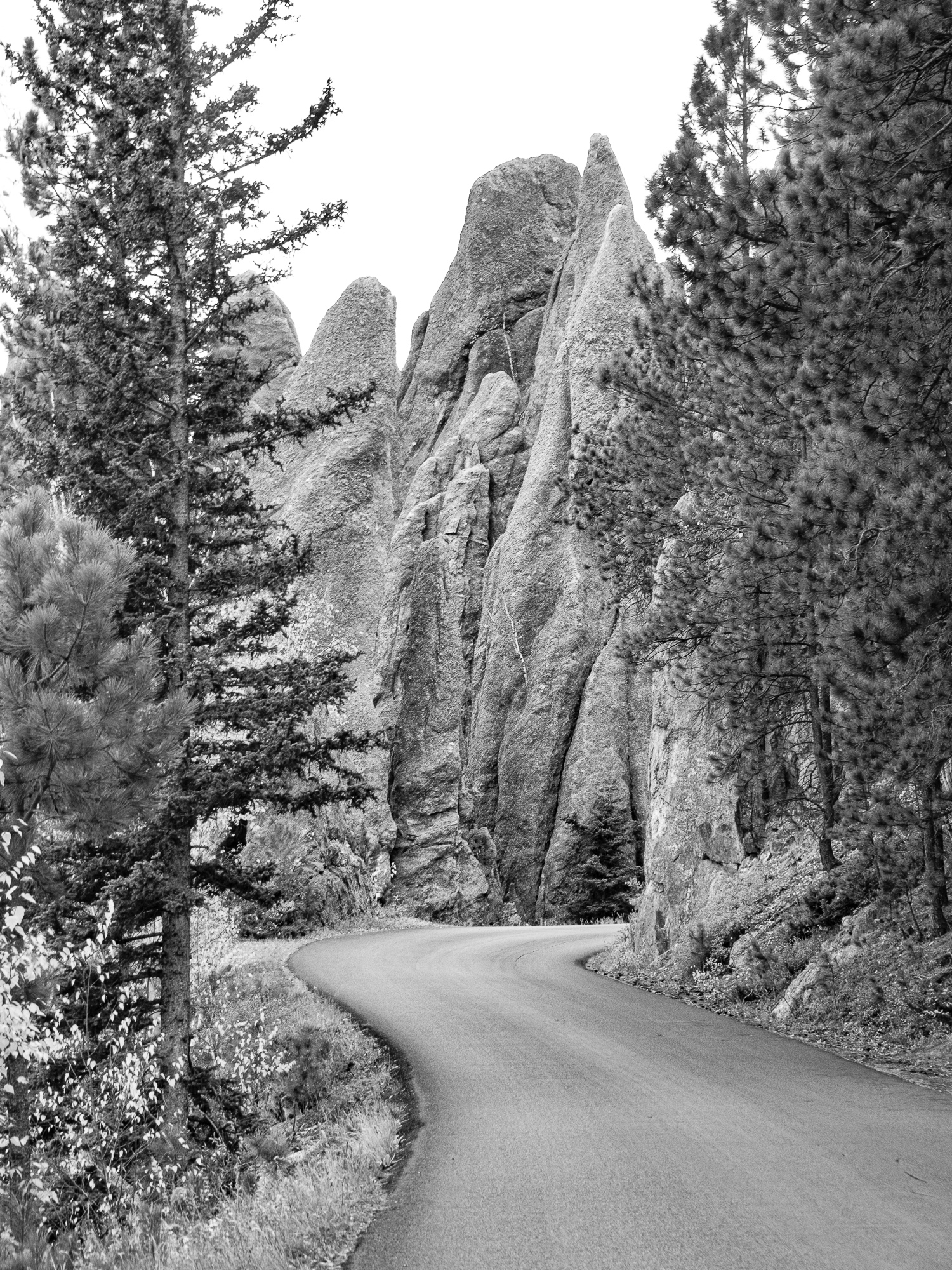 Along the Needles Highway. 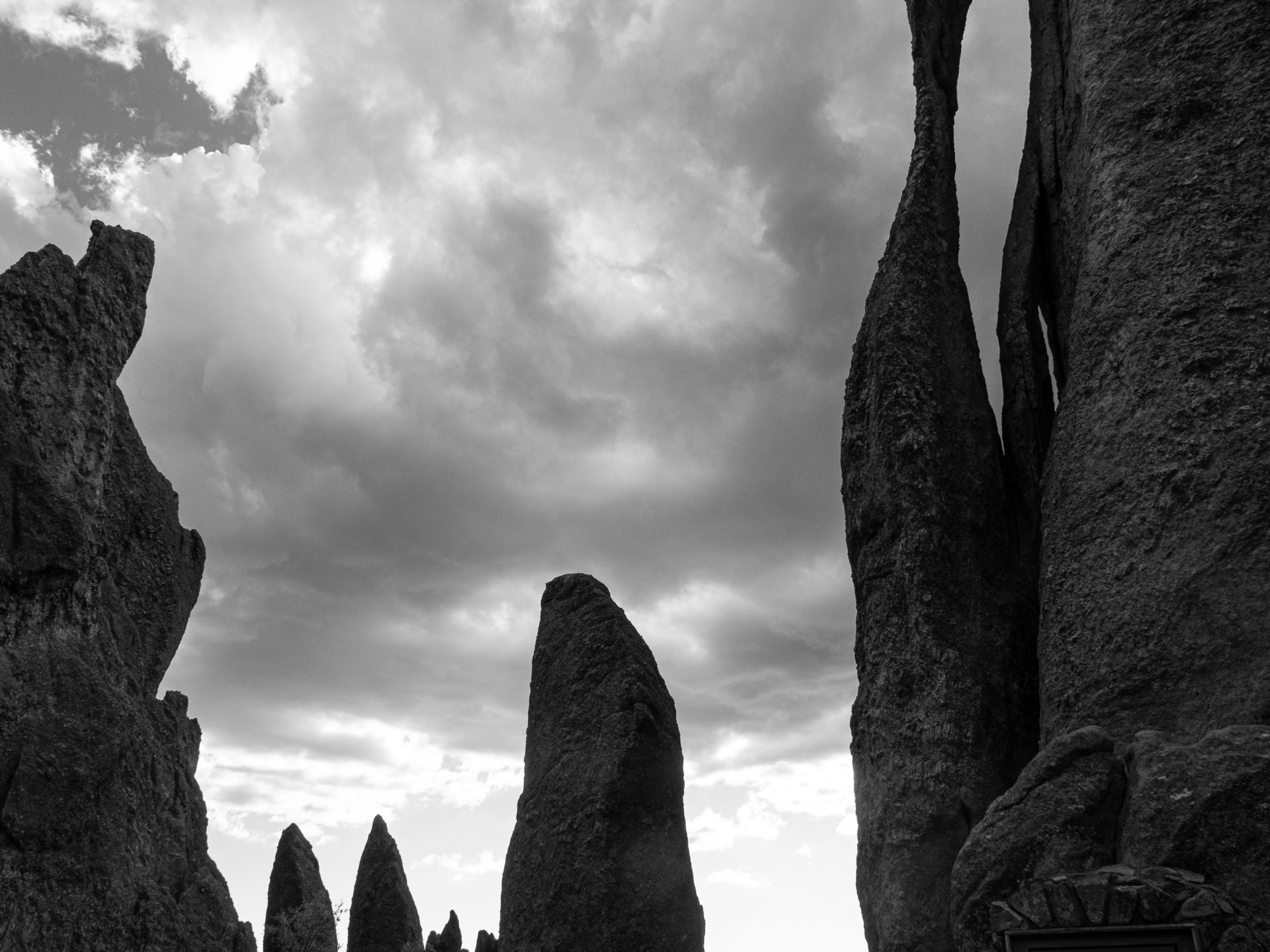 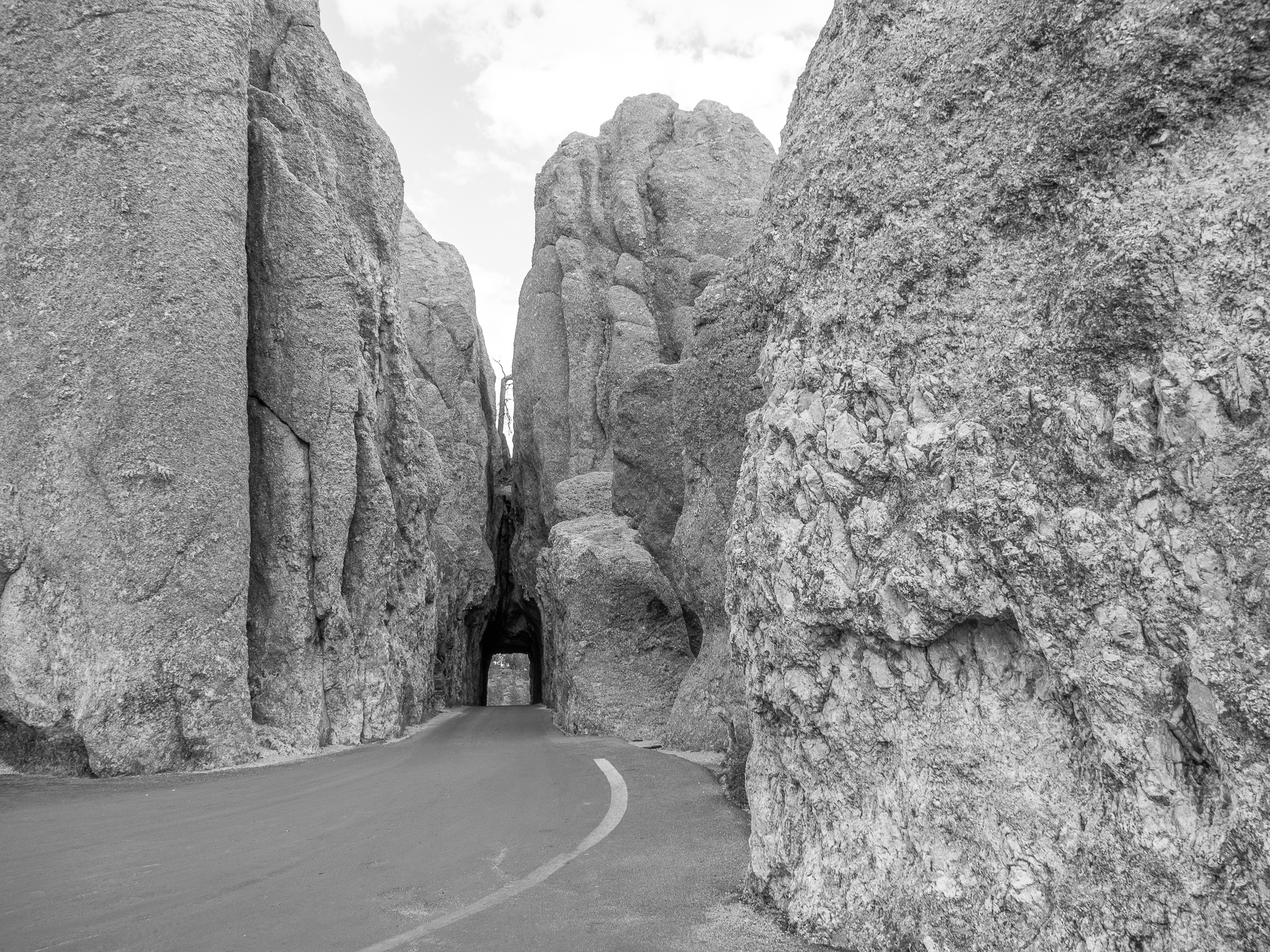 As a rock climber and mountain lover, I had a hard time seeing these peaks carved into faces, as is the case with Rushmore, and Crazy Horse, (five minutes north of Custer), but there’s no arguing the incredible work of the architects for these projects. The attention to detail is astounding given the massive scale. I didn’t go into Mount Rushmore National Park, preferring to enjoy it from afar, and take in the rest of the ride on a borrowed Yamaha 250 XT. See more on Mount Rushmore and its history here. 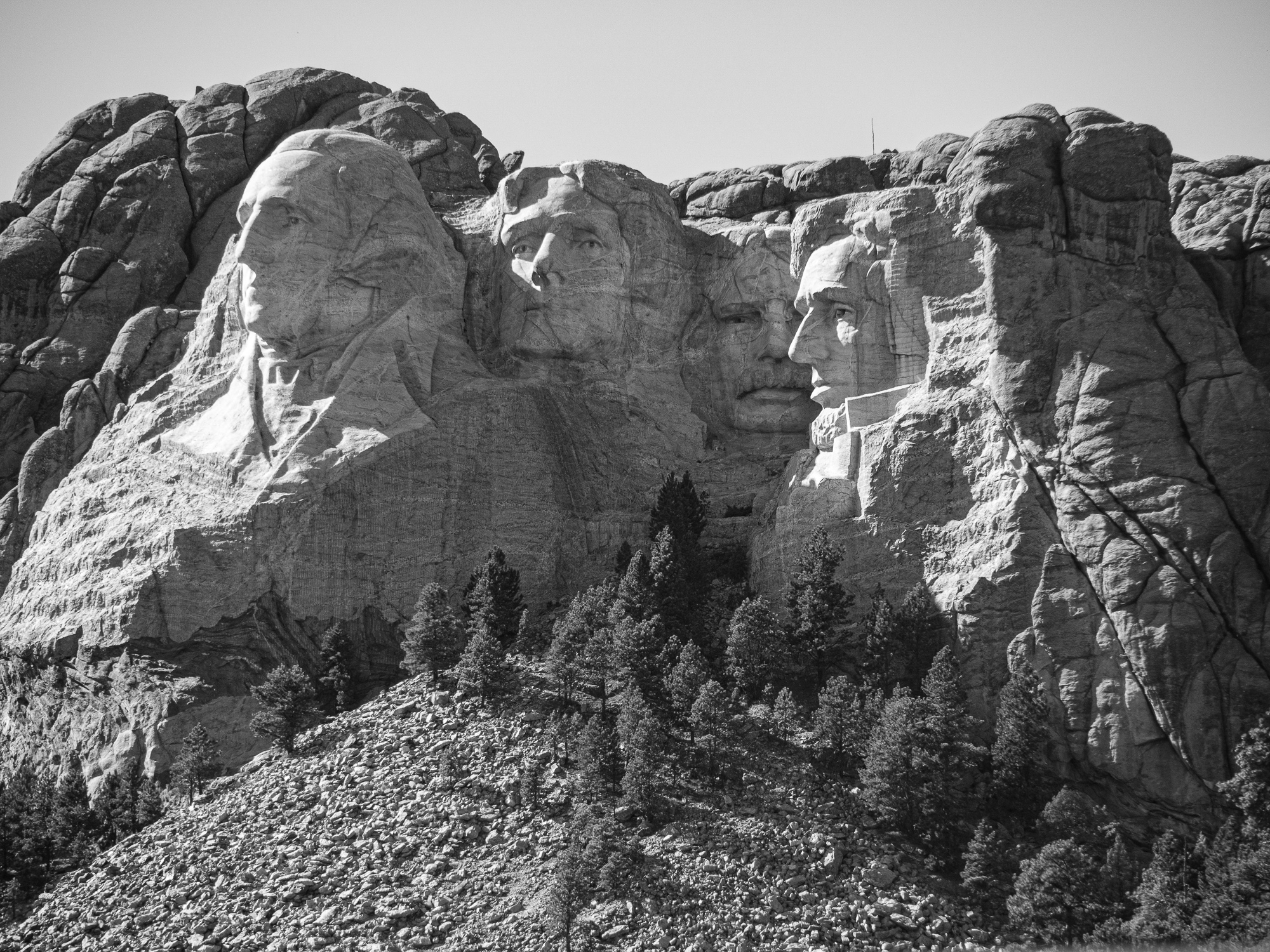 If you’re looking for a destination that’s still got a lot to offer in the off-season, Custer, South Dakota, delivers. 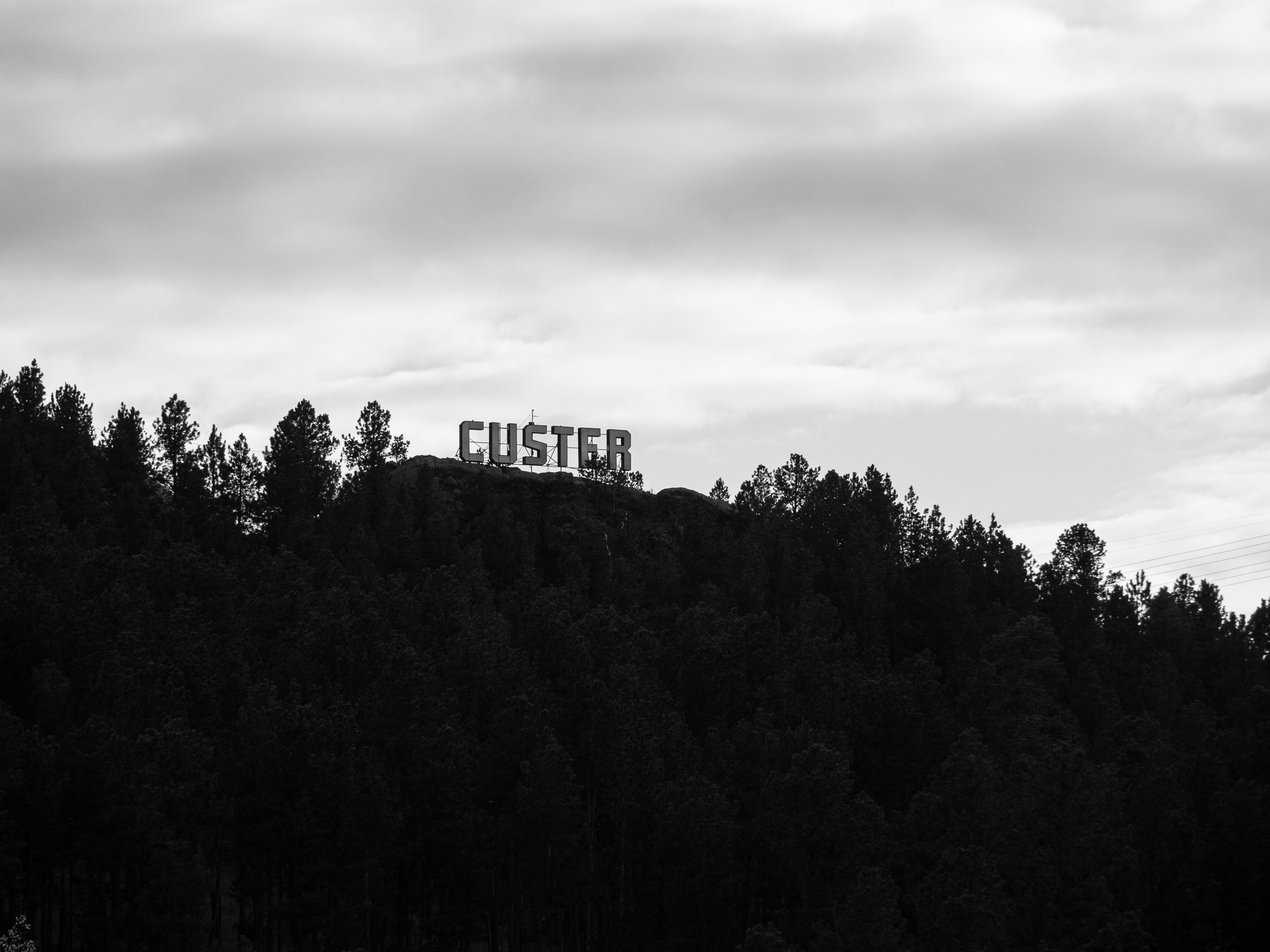 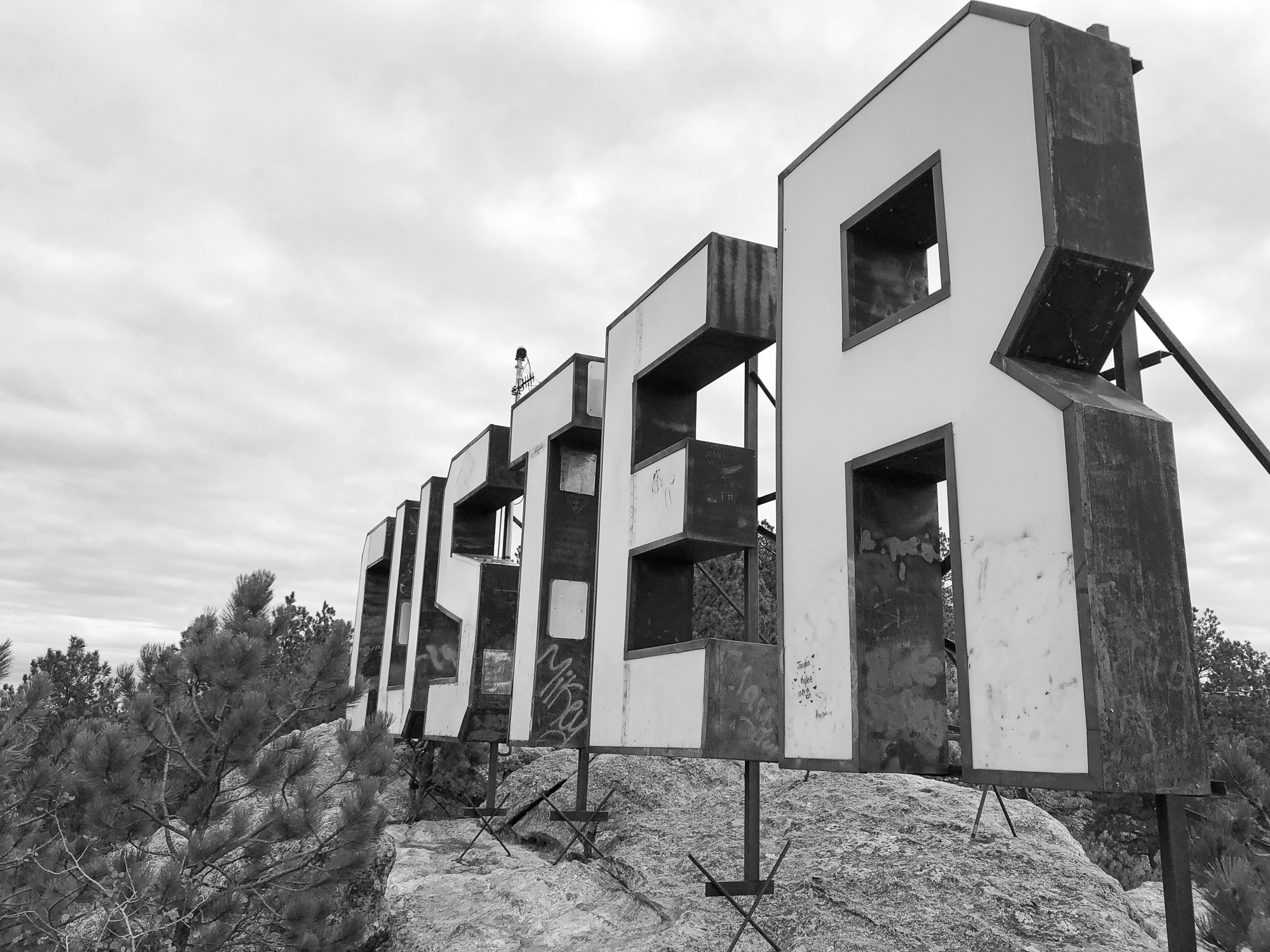 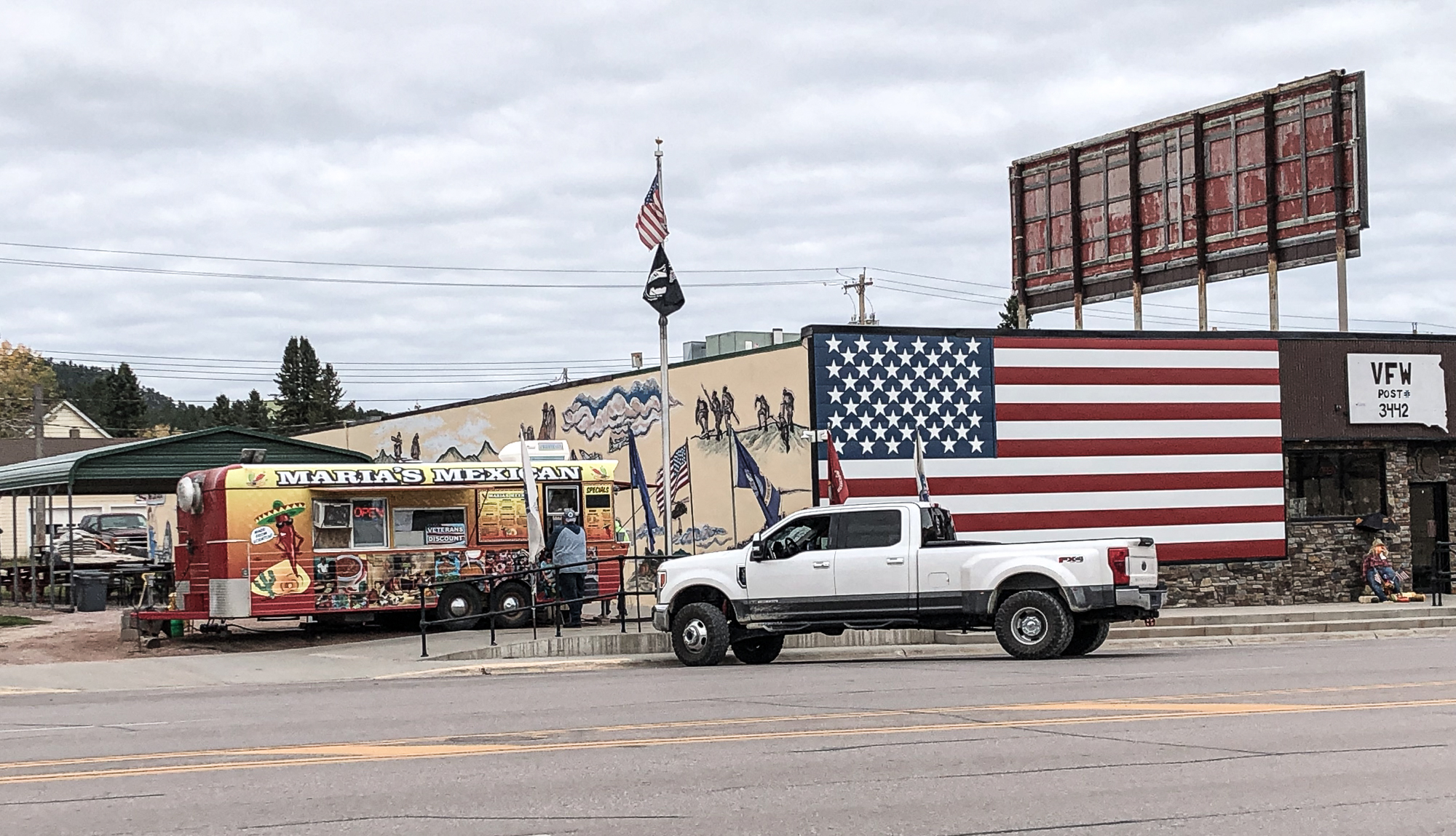 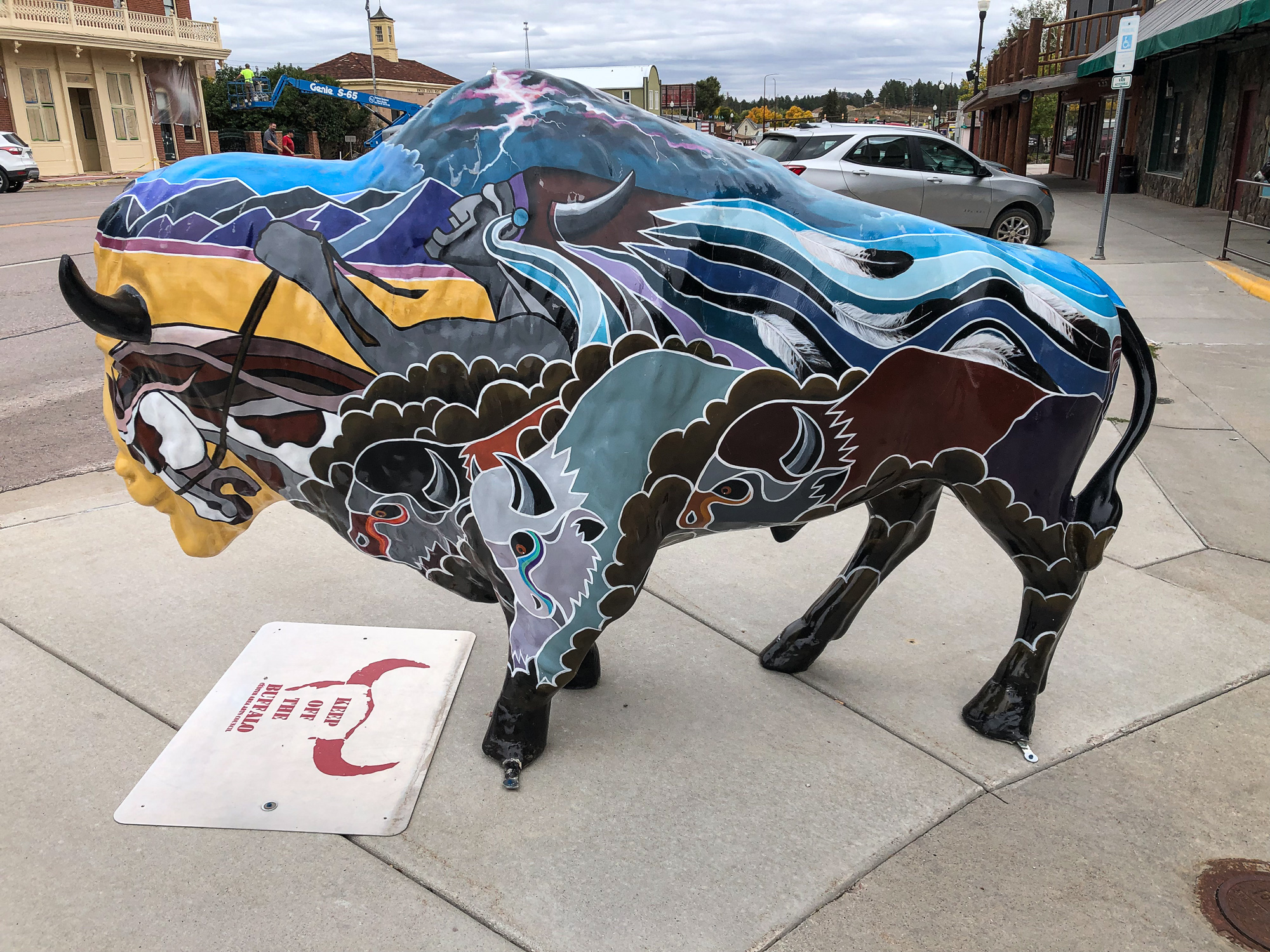 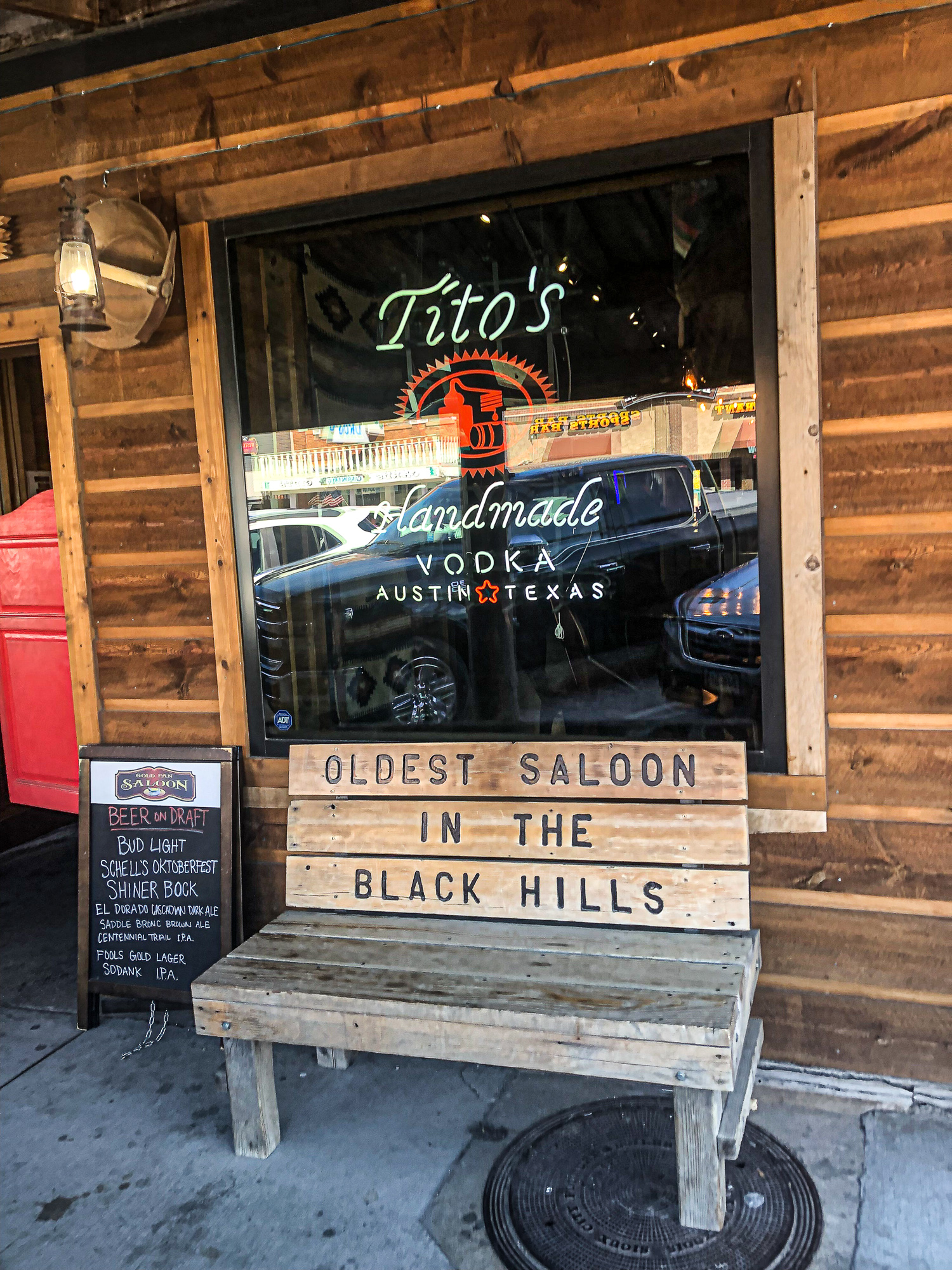 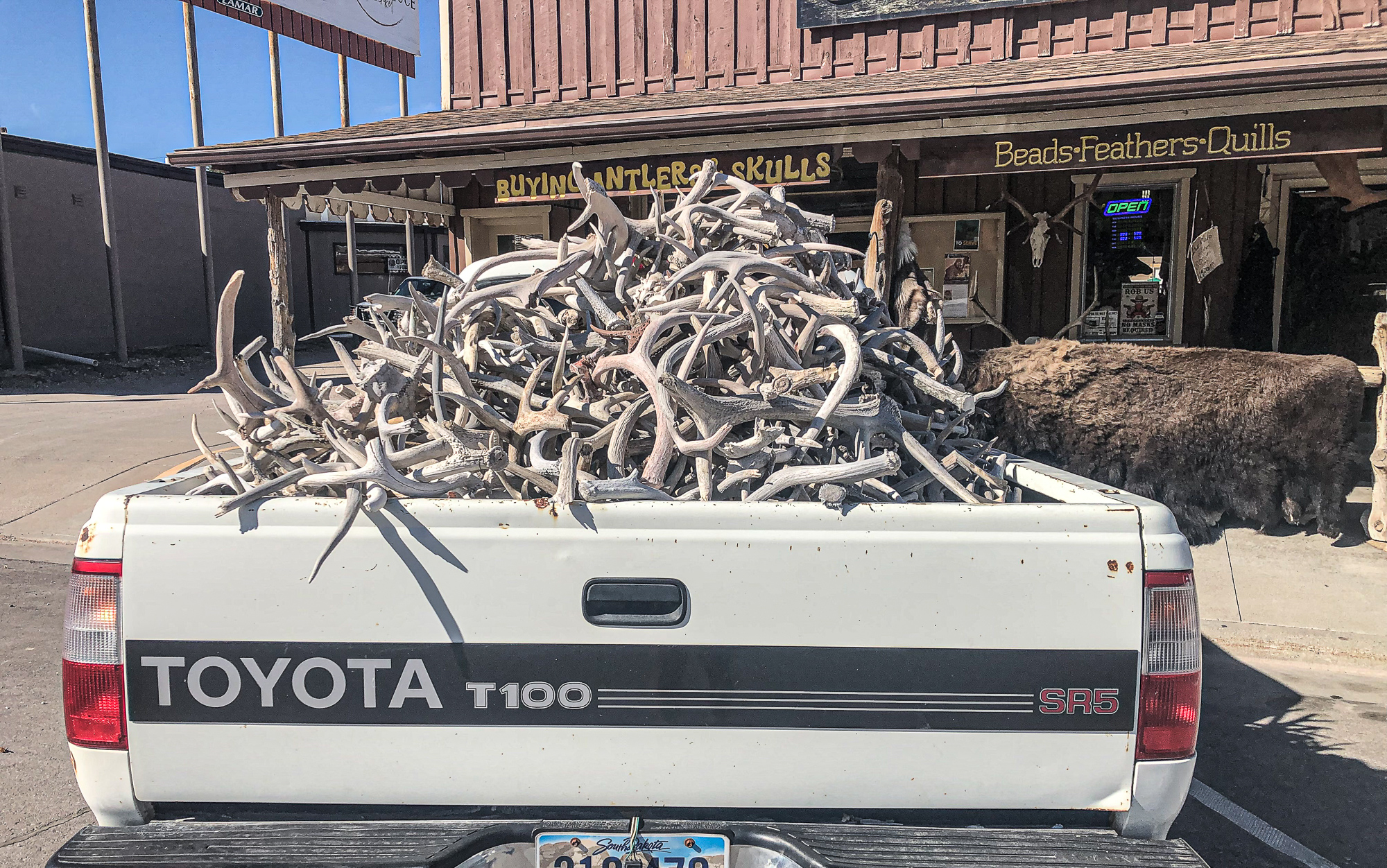 Just a truck full of antlers; nothing to see here.