In our 2015 Summer Issue, we ventured out on a limb and bestowed a single vehicle with the superlative title of Ultimate Overlander. The recipient of that accolade was the Toyota Land Cruiser VDJ76 turbo-diesel. Available only to select markets in far-flung corners of the globe, it wasn’t the only rarity in contention. Of the five pinnacle vehicles we considered for our top honor, not a single one is available in America, at least not in the exact configurations we evaluated. Easy as it is to lament our lack of access to these trucks, we do have options. For people with a desire to own a diesel-burning Defender, Mil-Spec G-Wagen, Nissan Patrol, 70-Series Land Cruiser, or some other model not originally offered here, we can import them, albeit with some restrictions.

Naturalizing a foreign vehicle in the United States has always been fraught with limitations and challenges. The usual deal breaker for most would-be buyers is the seemingly arbitrary age stipulation which prohibits the entry of any automobile less than 25 years old. Only recently have the years favored the overlander with many desirable platforms just now falling outside of that time window.

Daunting as the process can be, more people are resorting to importation for a variety of compelling reasons. When it is made available here in North America, the next generation diesel Defender will likely command a price few are willing or able to pay, but it will be a paltry sum compared to a new Mercedes-Benz G-Wagen. Importation presents opportunities to acquire similar vehicles at a fraction of their new-model prices. Although they may be long in the tooth, some vintage trucks can be had with low miles, complete service records, and years of life left on the clock. Older vehicles have other benefits: mechanical simplicity and a lack of unwanted electronics and features chief among them. Logical as those justifications are, car purchases are often emotionally motivated. Perhaps 25 years ago that truck of your dreams was simply out of reach, but now at the confluence of depreciation and better financial means, it is ripe for the plucking.

Ever since the dawn of the automobile it has been a form of personal expression. Suburbia is rife with me-too transports, so parking a righthand drive Defender in your garage, one clad in olive drab paint and fixed with machine gun mounts, adds to the vehicle’s uniqueness. Going through the importation process can also deepen the bond between driver and machine. Why buy the same Jeep your neighbor has when you can own a former UN-issued Land Cruiser?

With the incentives to import established, the means to do so often leaves people stymied. To those unfamiliar with the process, importation is an intimidating gauntlet of legal and logistical obstacles, many of which are unknown at the onset. Buyers must first locate a vehicle, arrange for inspections, negotiate a price, transact the funds in foreign currency, and complete the necessary bill of sale. Only then begins the complex process of getting the vehicle to an appropriate port, safely shipped overseas, and inspected once again. Should all things go smoothly, the vehicle is finally cleared by U.S. Customs, given the blessing of the EPA, and granted approval for domestic registration.

The possibilities for things to go pear shaped abound. If the paperwork is incomplete, a VIN number unverified, or the parts suspiciously not all original or mismatched, the vehicle could be stuck in limbo or denied entry. It could be bound in red tape for weeks, the only recourse being a trip to the Court of International Trade. If the situation degrades further, your vehicle could be seized, or worse, dispatched to the crusher. And even if everything goes as planned, there is no guarantee your efforts won’t result in an overpriced clunker parked in your driveway.

It is because of these potential perils that importation companies have become increasingly popular. Hiring an expert to navigate the bureaucratic straits is money well spent. The most basic services address only the transaction of the sale, paperwork, and shipping, leaving the buyer to source their vehicle. The more inclusive services not only locate the automobile of choice, but facilitate everything through final delivery—sometimes right to your front door. There are a growing number of companies going a step further that provide complete restorations and aftermarket alterations, and deal in specific makes and models. A handful of importers maintain a fleet of vehicles ready for purchase while others are willing to scour the planet to find particular builds. Searching for your very own foreign exotic can be as simple as making a call to one of the importers catering to your individual needs. 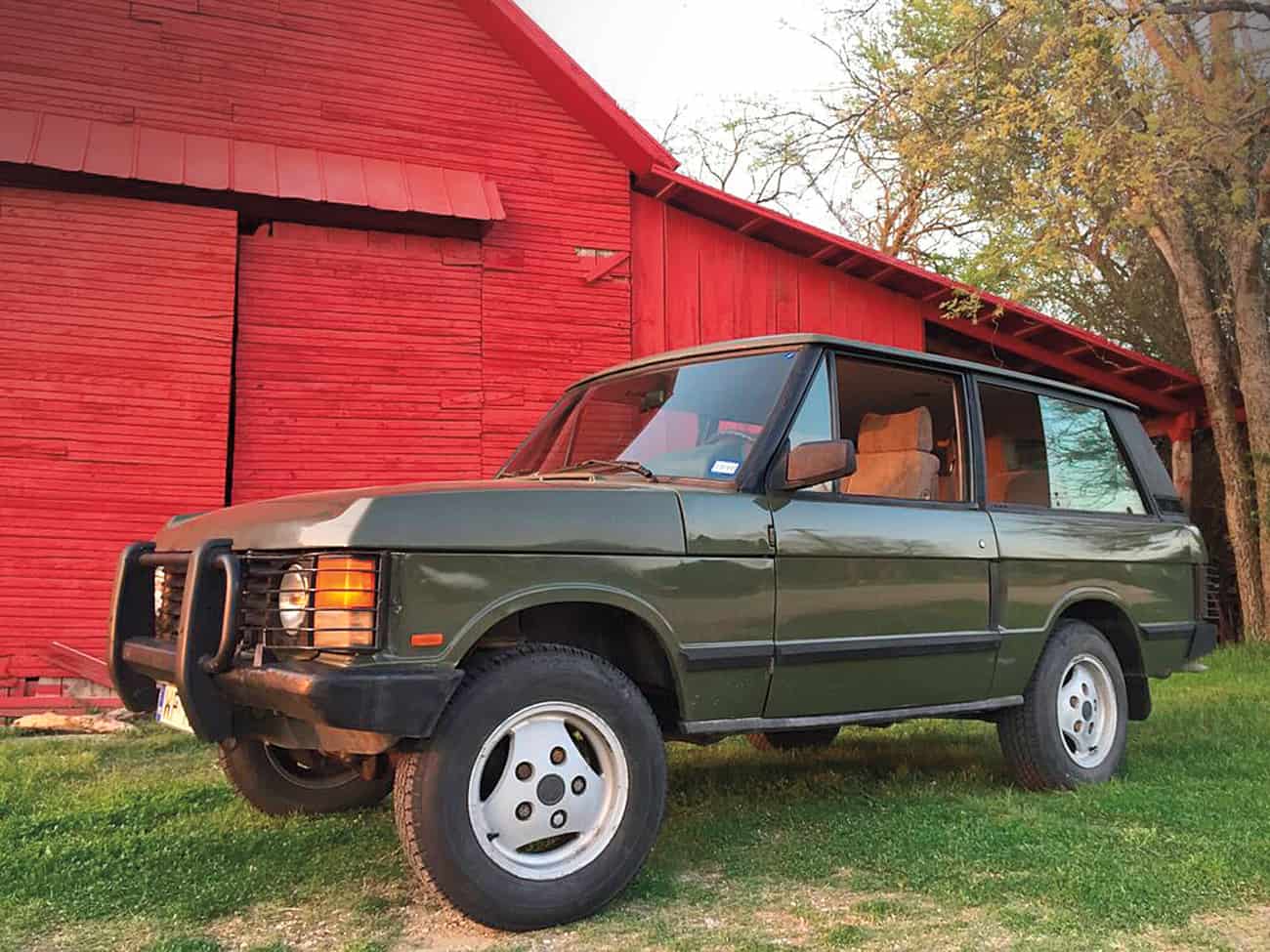 Billed as a classic car concierge, the Dutch Safari Company deals primarily with European sports cars and overland vehicles, but they do far more than just sell pre-owned iron. Founders Nick and Erica have created a bespoke buying experience designed to pair classic car enthusiasts with the automobiles they have always wanted. Their process starts with a detailed consultation illuminating the nuances of vintage auto ownership including maintenance costs, parts availability, and other considerations. It is much more than an exchange of cash for keys.

The sourcing of a Dutch Safari automobile begins with an exhaustive Internet search but inevitably culminates in boots on the ground. Their agents in Europe know the best treasures are often tucked away in the dark corners of garages and barns just waiting to be discovered. Periodically their team embarks on multi-week automotive safaris to find their hidden gems and suss out which are the best candidates for export. Once found, their vehicles are subjected to intense evaluations before pricing negotiations ever begin. If the car requires minor repairs or refurbishments, it receives those treatments prior to leaving the continent—where parts are easier to acquire and potentially less expensive.

When deemed ready for the long trip to their headquarters in Austin, Texas, the vehicle is transported to a shipping port. The exportation documents are completed and translated if necessary, and once landed in the States, the customs and EPA forms are filed. By the time the new owner slips behind the wheel of their Range Rover Classic, Series II, Defender, or a Lancia Delta HF Integrale 8V rally car, everything down to domestic registration has been carefully completed with nothing left to chance. They also maintain a small inventory of vehicles ready for purchase, and true to their high standards, every Dutch Safari import is a pristine example of automotive excellence. 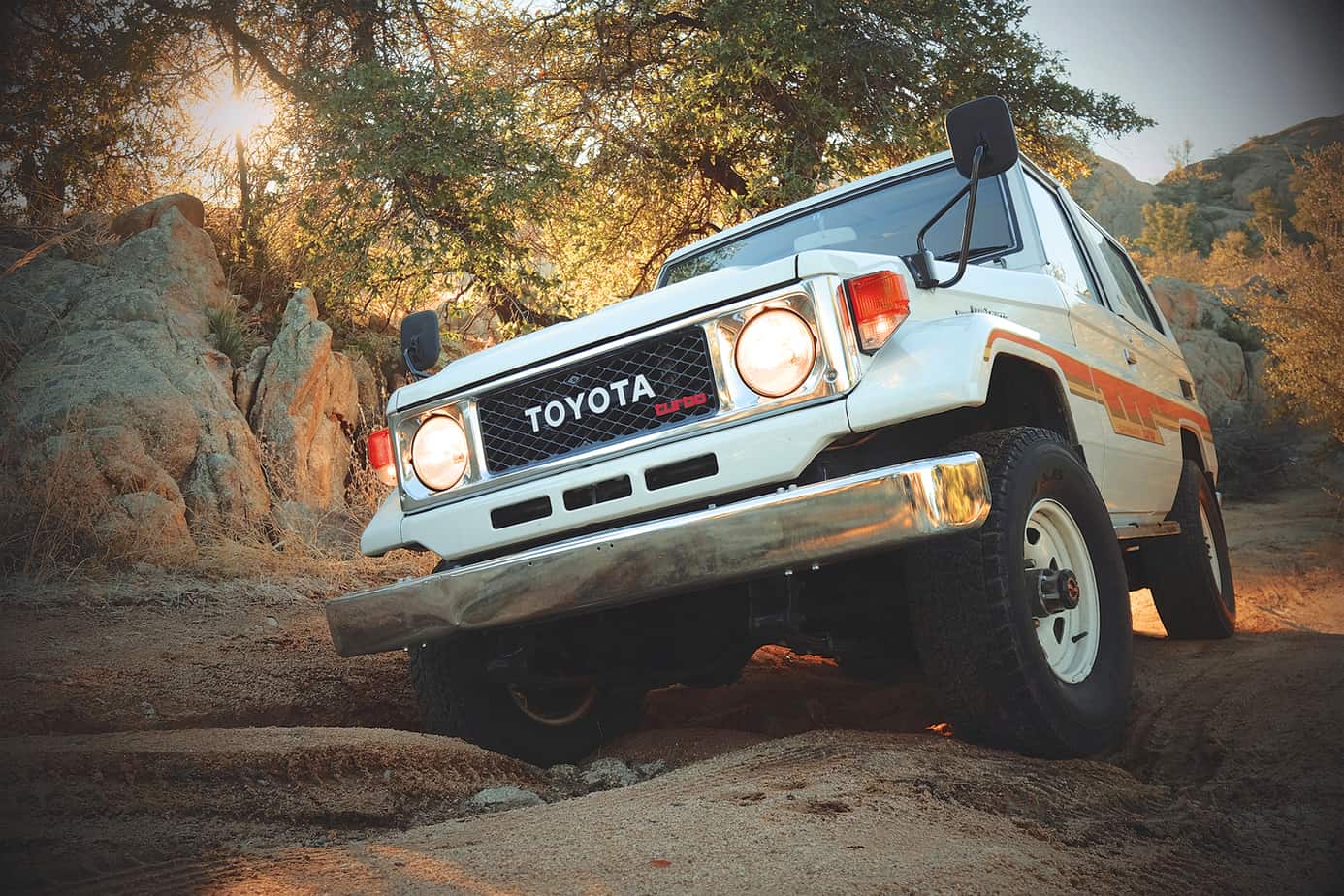 When our publisher, Scott Brady, made the decision to declare the Land Cruiser VDJ76 as the best of the best, it was after considerable contemplation and time behind the wheel. He had just piloted that vehicle on all seven continents spanning two years with the Expeditions 7 project. It was no surprise then when our very own diesel-powered BJ74 Land Cruiser arrived at our office, procured from the Toyota mavens at Land Cruisers Direct in Ozark, Missouri.

As the name implies, they deal almost exclusively in Toyota’s iconic SUV. A quick search of their extensive inventory shows a predominance of Land Cruisers with diesel engines and manual transmissions, most in body styles not originally offered in the United States. With a large selection of 60- and 70-Series Cruisers in stock at any one time, many of them are in unusually good condition and reasonably priced with a full complement of restoration and modification services available. They are also adept at customized importations and can search their global network for the exact vehicles their clients seek. The majority of their Toyotas are right-hand-drive, an indicator of where they were originally sold—in their native Japan.

Although they import some Land Cruisers from Australia, South America, and Europe, Japan has proven to be their most reliable resource. Each year Japan exports more than a million pre-owned vehicles of exceptional quality. Because the small island nation has few places to properly challenge a 4WD vehicle, the bulk of their Land Cruisers have not seen hard usage and are sold with little more than cosmetic blemishes and minor surface rust commensurate with their age. For Japanese owners, maintaining an older vehicle and meeting strict licensing regulations is often cost prohibitive, resulting in trucks languishing in storage for years. This, combined with the small footprint of the country, explains why Land Cruisers Direct trucks are sold with such low miles.

As customers of Land Cruisers Direct we can attest to their unwavering dedication to customer satisfaction. Our truck has conquered the entirety of the United States from the sands of the Mojave to the interstates of the East Coast, and it shows no signs of slowing down anytime soon. If it is an uncommon Toyota you seek, Land Cruisers Direct can get it for you.

Americas Overland - The Driving Handbook
by Donald Greene
From $20From CAD$32.16 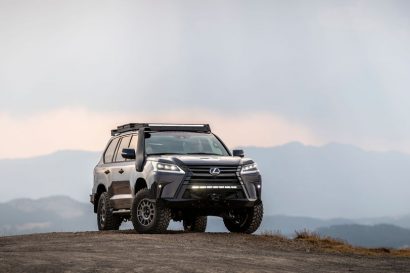 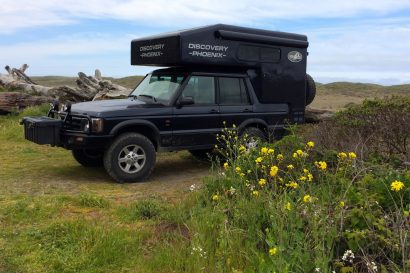 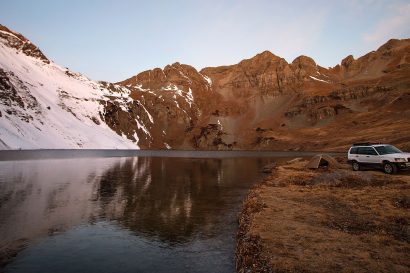 A Budget Overlander, Forester Part III: Kitting It Out