Seattle, February 5/ ARB 4×4 Accessories/ — ARB is proud to announce the impending release of the Series III range of Simpson tents, annex, awnings and various accessories. With over six months of re-design work and moving to a new factory for improved quality assurance, the Series III tent incorporates an updated design and new materials for better strength, rigidity and water resistance.

Working on the knowledge gained from over three years of both sales and testing, along with valuable feedback offered by our broad worldwide customer base, we have made significant improvements to the structure of the tent base and frame. The base is now manufactured from vacuum laminated ABS materials, offering superior strength and insulation. The roof bows have been increased from 16mm raw aluminium tube to 25mm anodized aluminum tube, increasing the erected stability of the entire tent structure and decreasing excessive movement in adverse weather conditions. Hinges have been upgraded from 3mm steel to 4mm braced steel for extra strength and all plastic fittings have been upgraded from PVC to a more durable Nylon based material. The veranda now incorporates dual extendable bows which allow for better tensioning of the tent canvas as well as increasing internal space. Fully adjustable, these are locked in place with a simple screw type locking ring. Overall, everything is more ‘rounded’, allowing easier use of the cover, elimination of injury from sharp parts and a far better appearance. 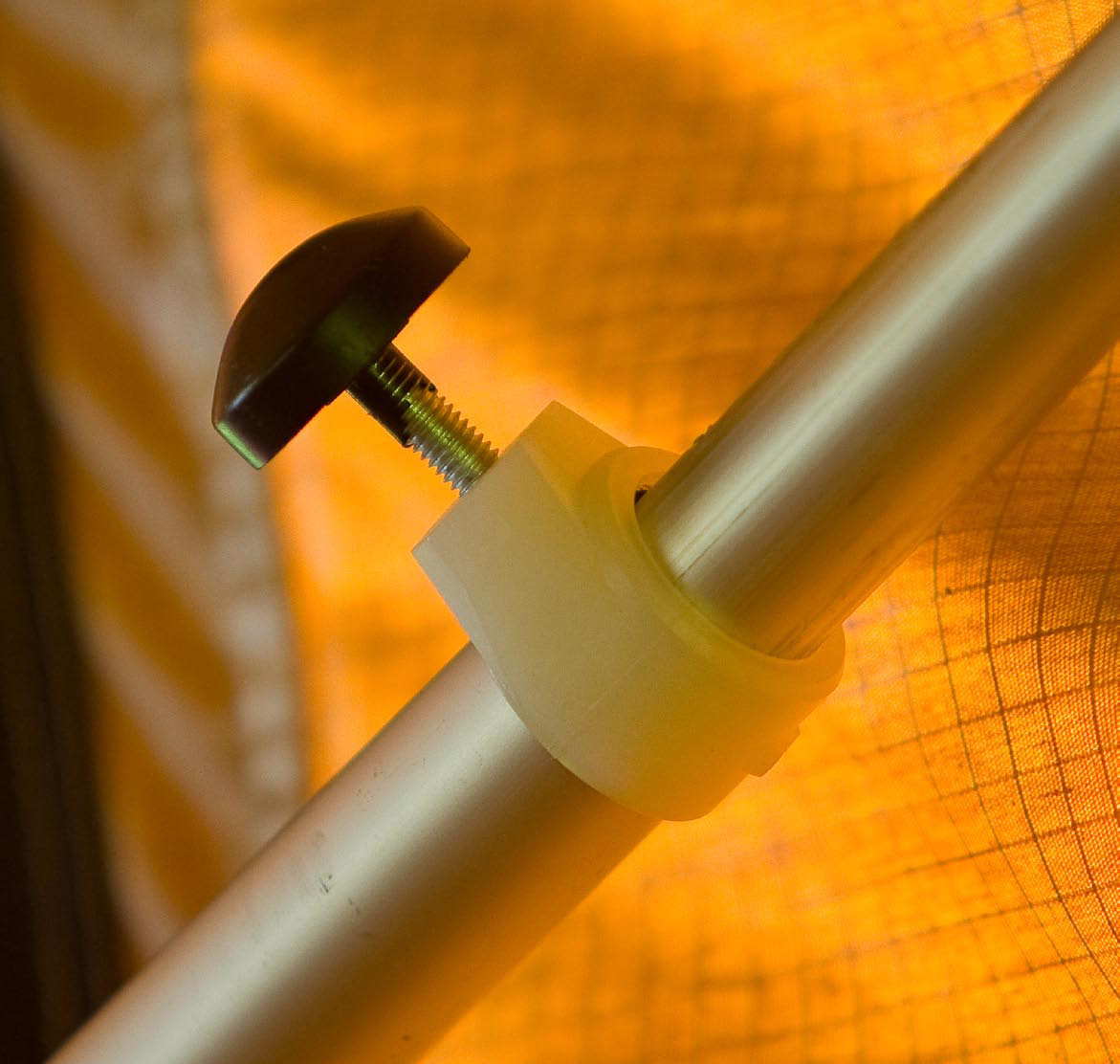 The Series III canvas offers greatly improved water proofing ability with the increase from 240gsm (Grams Per Sq. Meter) rip-stop canvas to a heavier 300gsm Poly/Cotton rip-stop canvas with Polyurethane coating. All stitched seams now feature welded seam tape to eliminate seepage through needle punch holes. Gone are the small eyelets that were used for locating the window rods in the aluminium frame. These are replaced with over locked openings, allowing for easier location 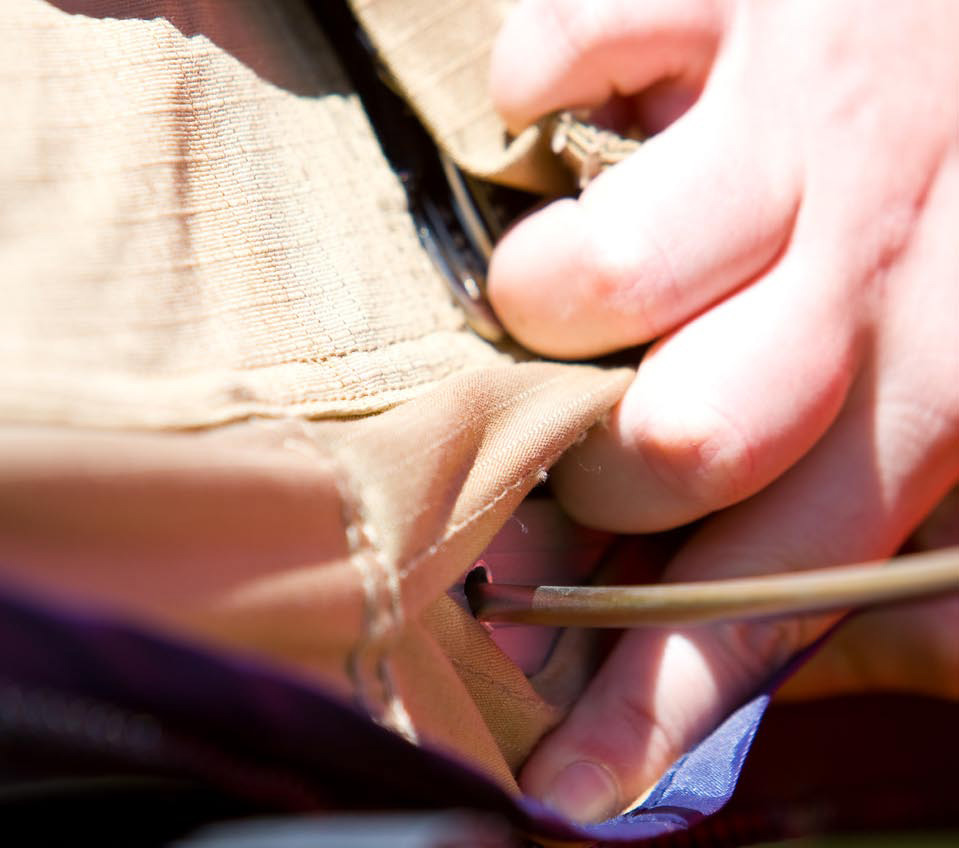 The fly sheet fabric has been upgraded from 180D Nylon to 300D Oxford polyester. This coupled with a Polyurethane coating has increased the quality and doubled its water shedding ability. In addition, all toggles have been elasticized to reduce annoying flapping noises when windy. 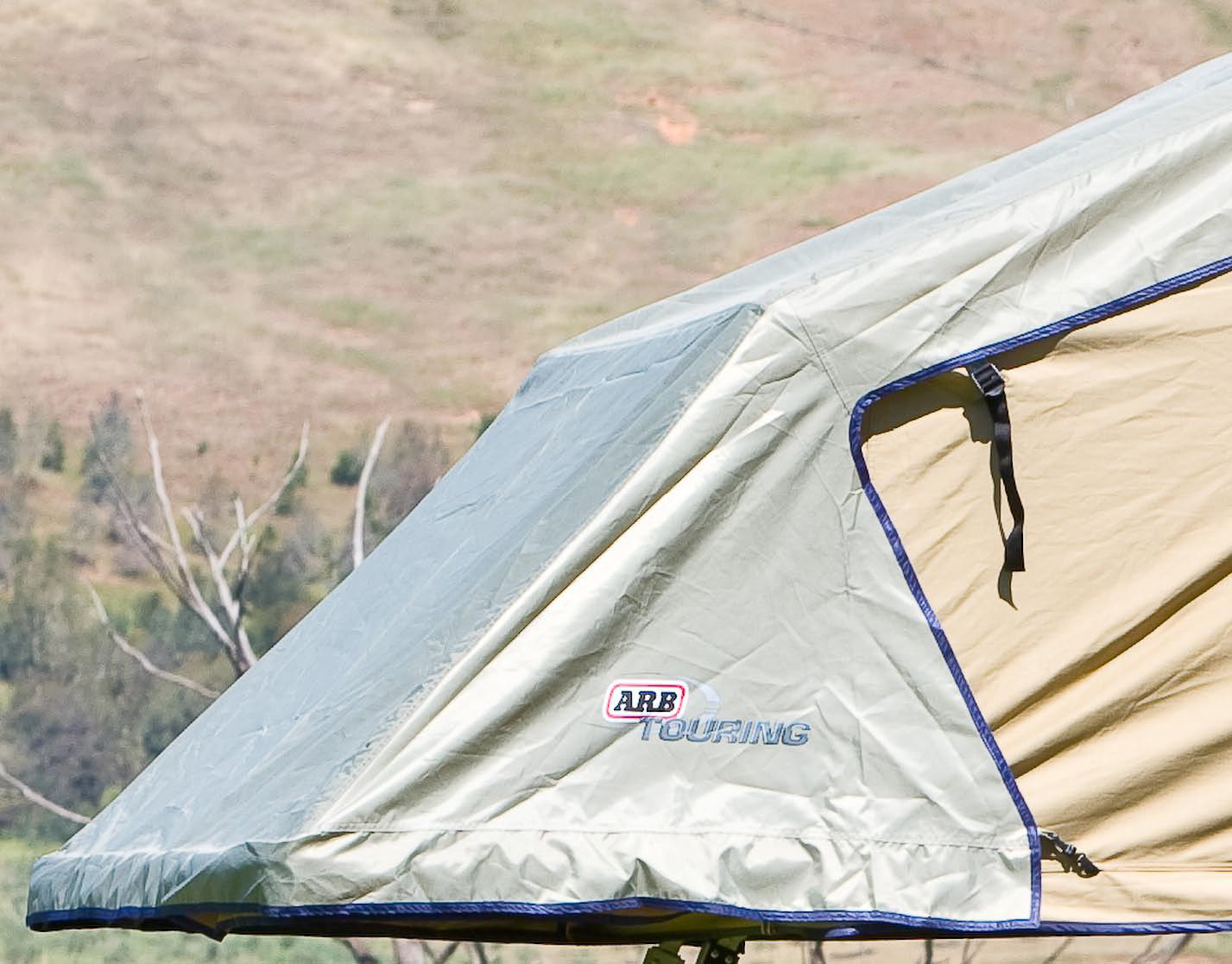 The mattress has been upgraded from single layer extruded foam to high density bonded chip foam, increasing comfort and durability and reducing the likelihood of collapsing from extended use.

The cover has been upgraded from 560gsm (Grams Per Sq. Meter) laminated PVC that had limited UV resistance to a UV stabilized 9000gsm laminated PVC. All seams are now sealed with heat welded seam tape to prevent water ingress. Previous covers incorporated a self mending spiral zipper, however with rough uses combined with dust ingestion this could be damaged beyond repair. All Series III covers now have a larger, No. 10 Vislon zip for increased durability. The two cover straps have now been upgraded to three and run perpendicular to the ladder, reducing the chance of cover damage and preventing billowing during travel. 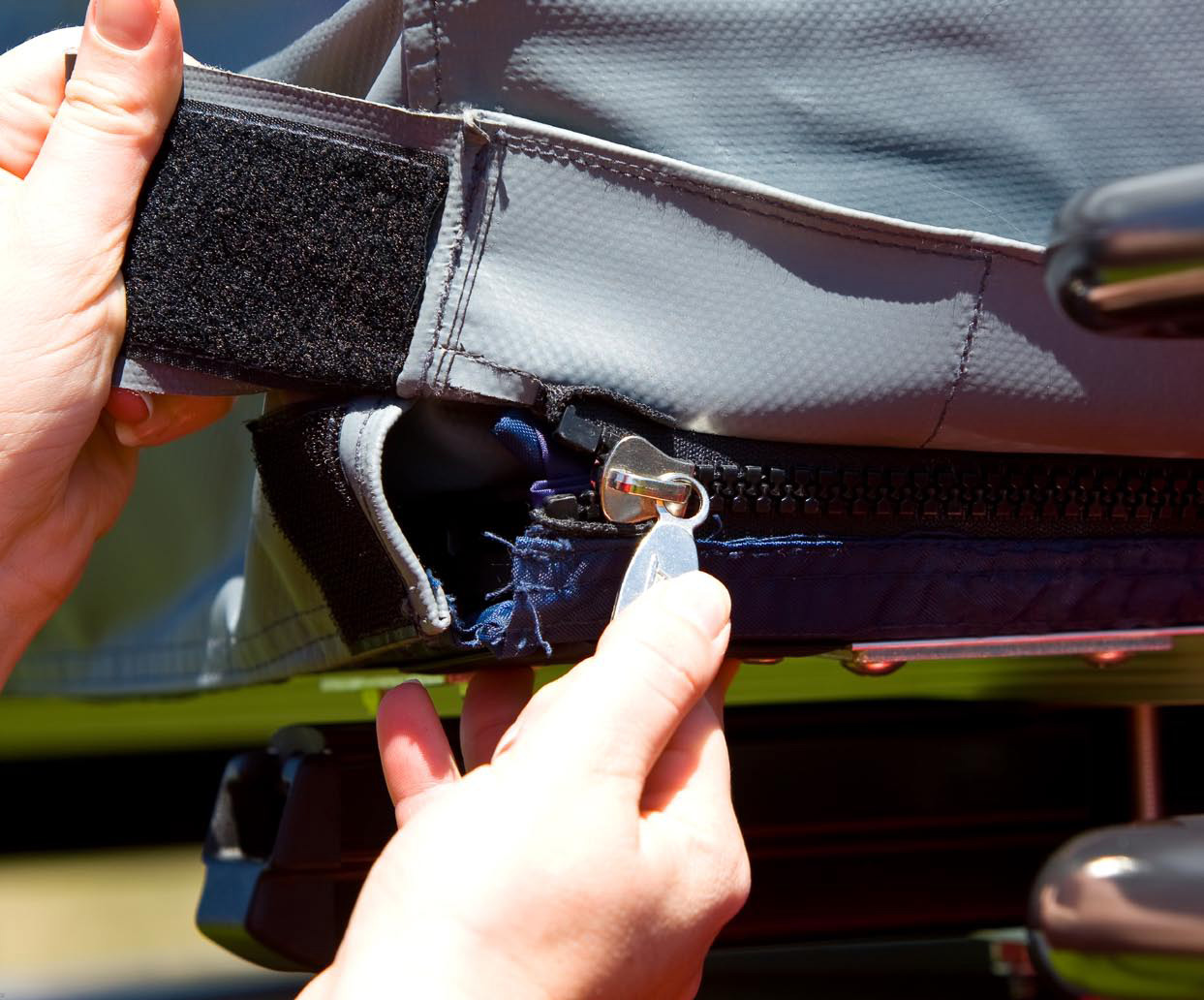 Along with all the other aluminum components, the ladder is also upgraded from raw aluminum (that was prone to oxidization) to a more durable anodized finish. The locking pins now have a larger rounded head to reduce cover wear and improve handling. 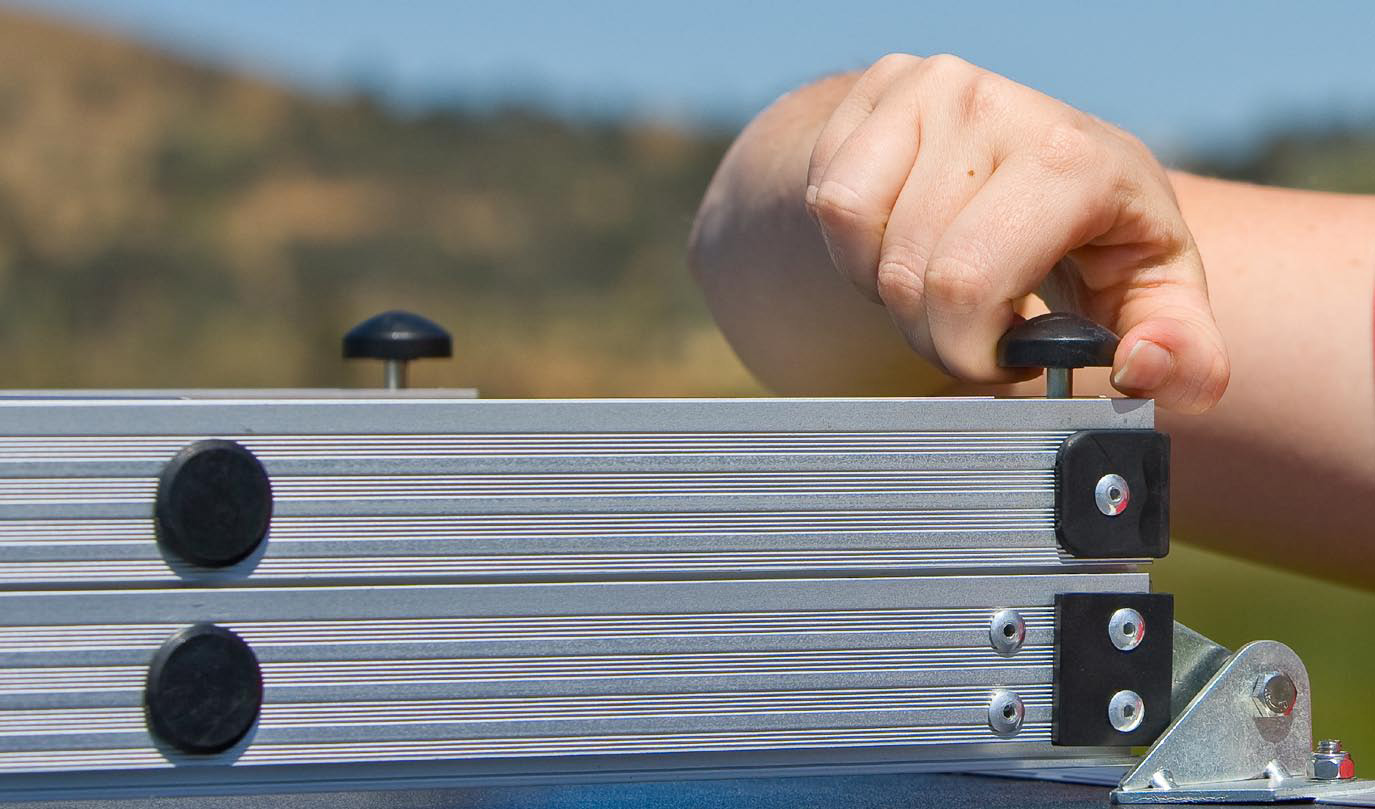 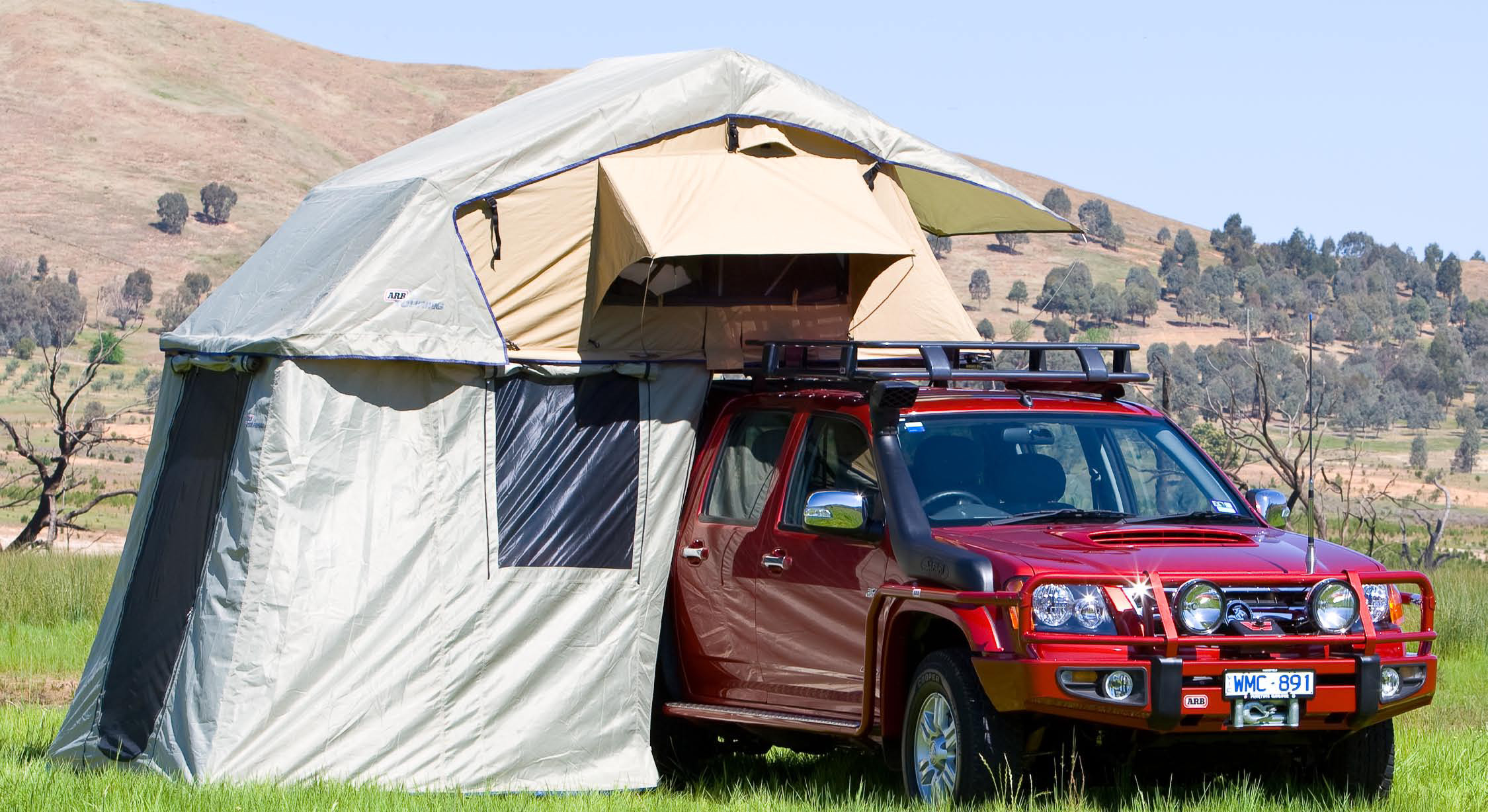 The revised annex design does away with the previous built-in floor due to the troubles it caused with the varying heights of vehicles. Although an additional add-in section was available, this raised the height of the doorway which resulted in increased chance of injury from tripping. The floor was also prone to become slippery if rain entered through the doorway. The problem has been overcome by removing the floor completely and having ‘storm flaps’ that fold inwards once the annex is installed. A temporary floor such as interlocking tiles or roll up matting may then be installed by the customer if required. 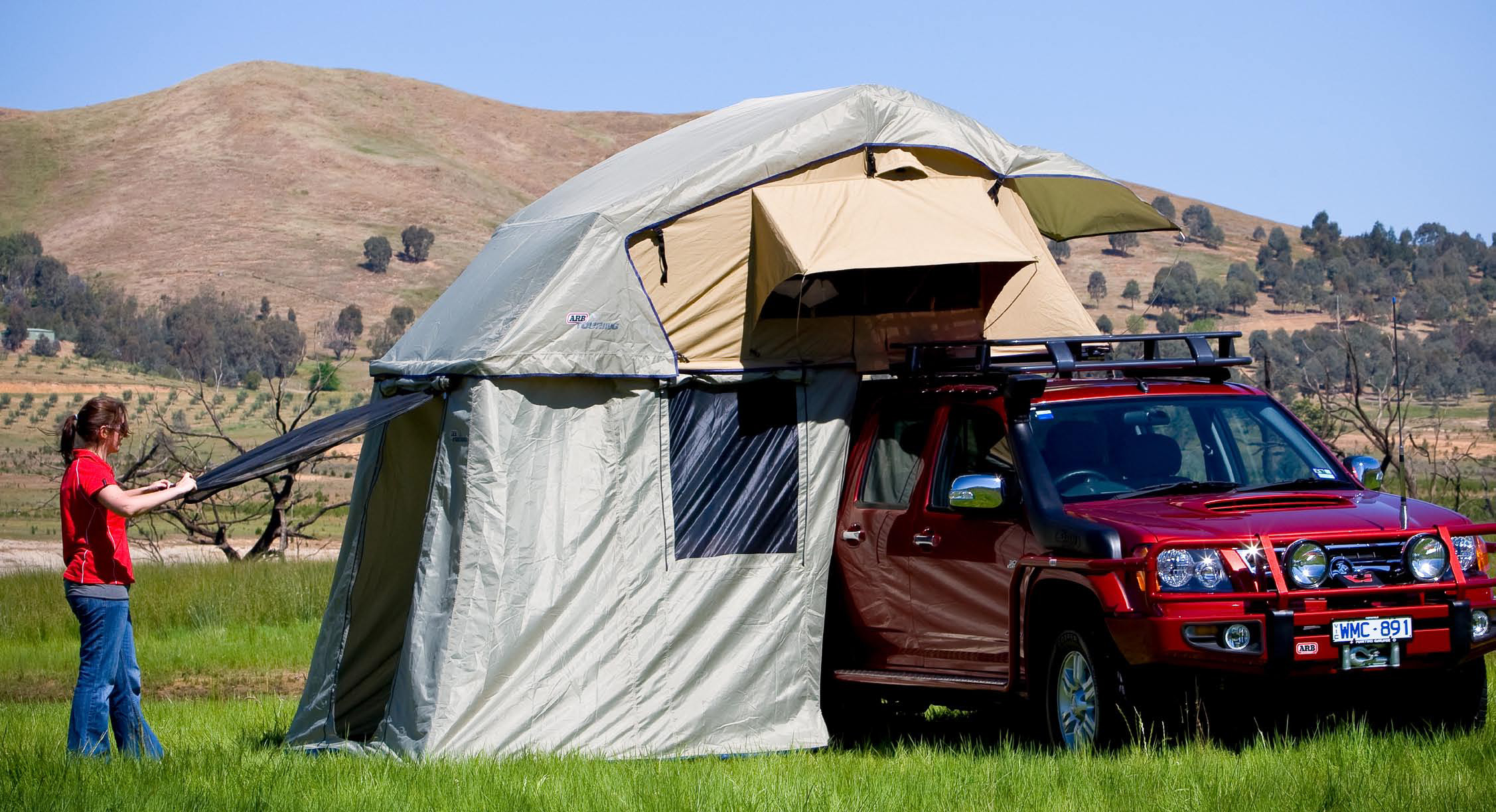 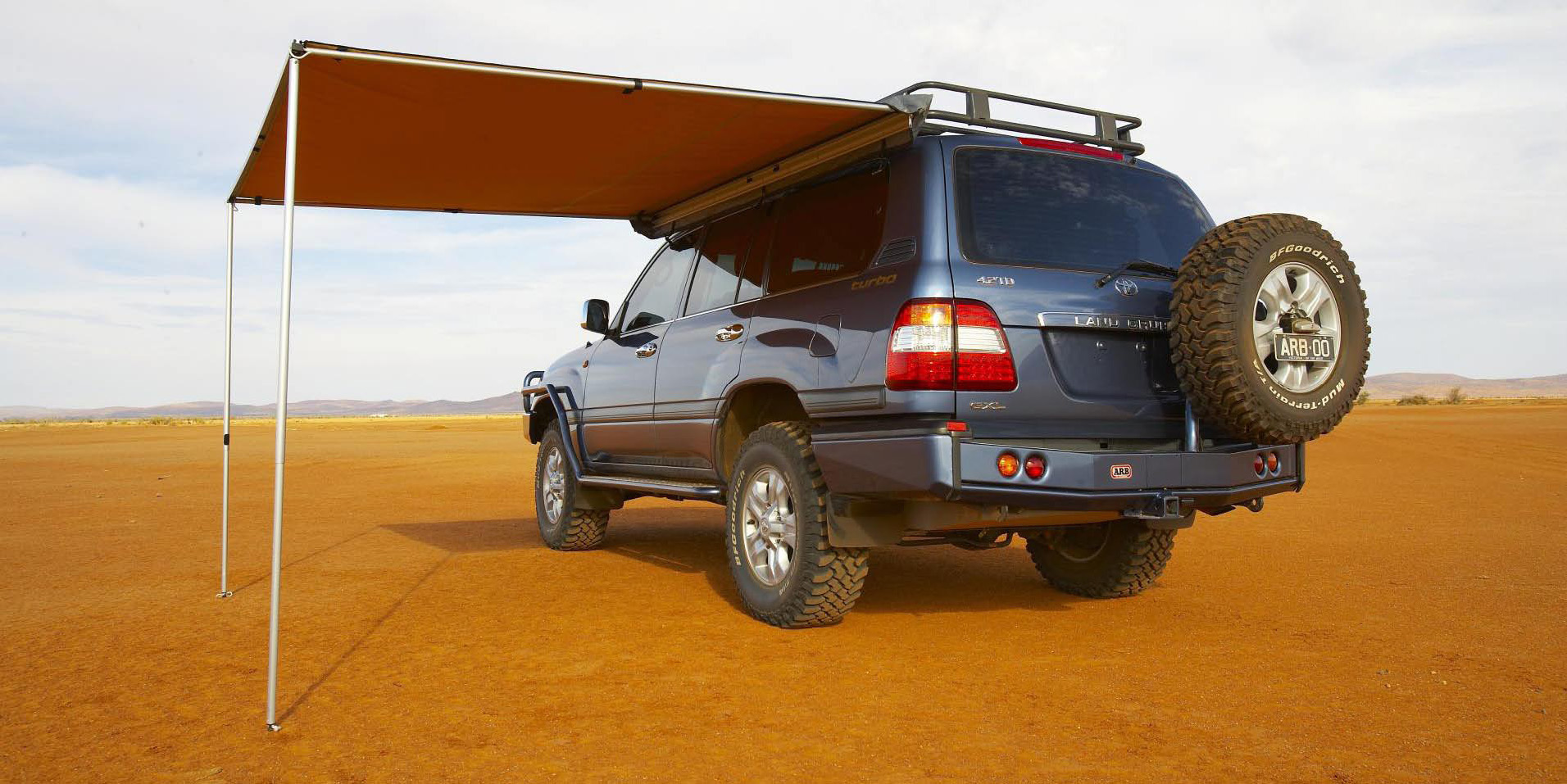 The Series III ARB Touring Awning has had similar upgrades in structure to the Simpson Tent. Again, all aluminum components have been anodized for improved corrosion resistance and appearance. All fittings have been upgraded from PVC to Nylon based plastic that are produced in new precision injection dyes for greater strength, durability and quality.
All poles now have a steel head twist lock mechanism for positive locking and prevention of jamming as was prone to the previous PVC types. Each arm/leg now features a flanged rubber end pin that eliminates the previous rubber block for easier locking in the stored position and also to help stabilize the legs on softer ground.

Like the Simpson tent, the cover of the awning has been upgraded to 900gsm UV stabilized laminated PVC. This incorporates the twin zipper heads so that the zip may be closed towards the rear of the vehicle no matter which side the awning is mounted to. This will eliminate the rattling noise that may be heard when the zipper head is fitted toward the front of the vehicle. Within the cover the previous clips that held the rolled canvas in place have been replaced with D-rings and Velcro for better durability.

The Series III mosquito net is now made from a better quality mesh and features a ‘mud flap’ at the bottom to prevent the mesh catching on grass or other objects. It should be noted that the 2500 mosquito net is the same size as previous models and is therefore able to be used on series II awnings.

To help identify Series III products from previous series, all part numbers have been given a prefix of 3 after the ARB or OS prefix.