Che Bello! Aether Apparel has unveiled their all-terrain restomod of the legendary 1985 Alfa Romeo GTV6, dubbed the Alpine Alfa, and it’s beautiful. This “safari-ready” machine “was born from a desire to create an unorthodox tool for adventure that celebrates the space where streetcar meets backcountry skier.” Well, it’s arrived (unusual for an Alfa; sorry, couldn’t resist), and I’m in love. 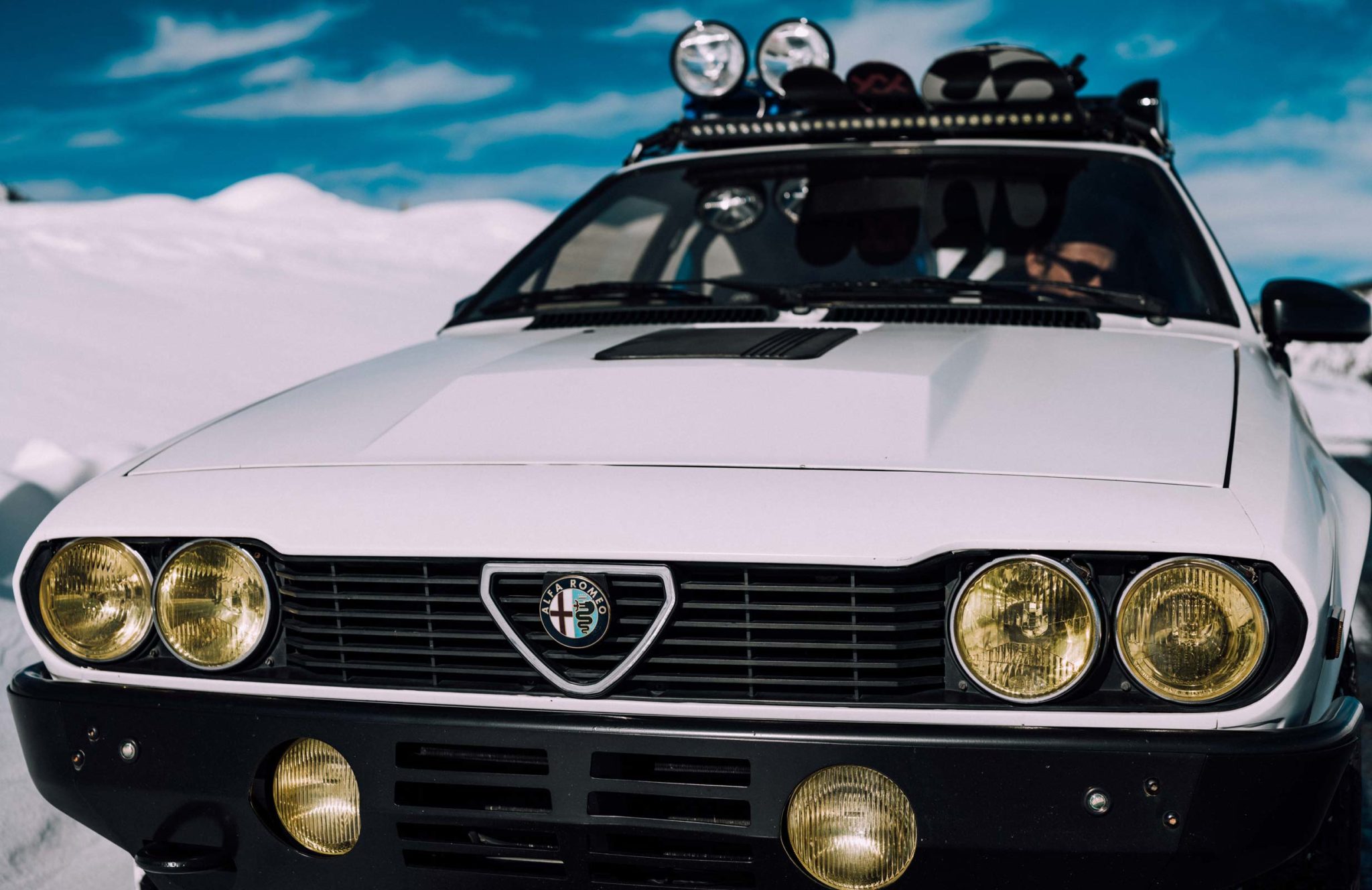 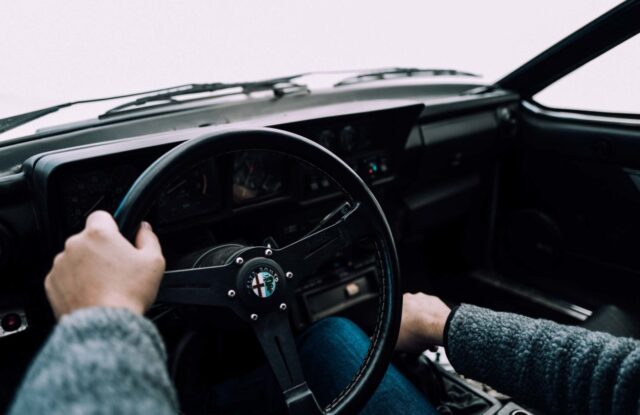 Aether Apparel, founded by Jonah Smith and Palmer West, is a brand that focuses on creating the “uniform of the restless.” The company was born out of a desire to establish a men’s collection that looked at home in the city but could withstand the outdoors (clearly influencing the GTV6 concept). Today, the brand produces a complete lifestyle collection for urban-dwelling, design-focused, well-travelled men and women.

“So much of what we do at Aether is guided by curiosity for the unknown. From the initial idea to the final outcome, this project is a fun and quirky manifestation of our entire approach to design.” 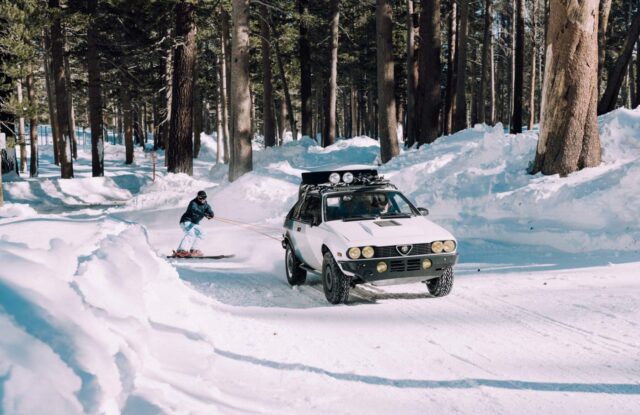 A project like this was going to need some serious expertise, so the company partnered with automotive designer and transportation futurist Nikita Bridan, co-founder of Oil Stain Lab. It’s a transportation design consultancy specializing in big-picture, future design thinking, and executing bold and exciting visions for today. The company has worked with Toyota, Honda/Acura, Hyundai, Volkswagen, General Motors, and GAC, influencing future products, design language, user experiences, and design process. Bridan’s initial reaction was somewhat predictable: “Who were these guys asking me to lift a GTV6?” But piece-by-piece, it began to make sense. “It seemed crazy, but I knew they were onto something.”

So, what inspired this unique build? Aether explains that the Alpine is a reflection of the company’s mantra, “You Only Get One Spin.” The GTV6 may seem a rather strange choice for a project such as this, but the deeper you delve into the company’s motivations, the more it makes total sense. “Simply put, it’s about rejecting routine in favor of exploration and adventure.” And what’s more anti-establishment and adventurous than a rally-spec Alfa GTV6? 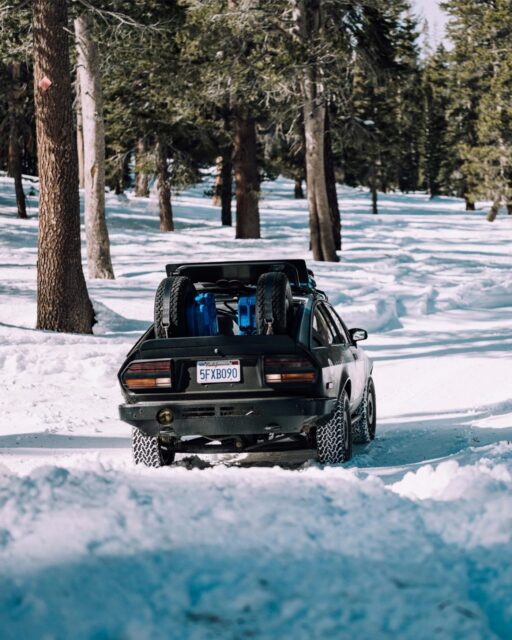 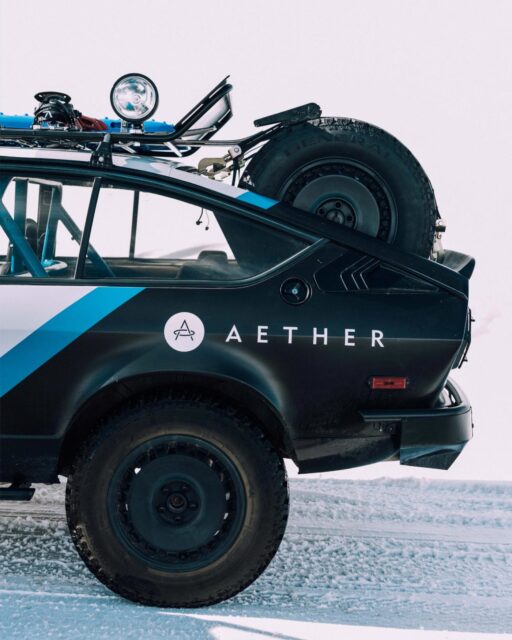 The GTV6, brainchild of Giorgetto Giugiaro, features the Busso V6 engine (named after the Alfa engineer Giuseppe Busso), highly regarded for being silky smooth and having a unique rorty soundtrack. In fact, those of you who follow the Grand Tour on Amazon will have seen Jeremy Clarkson drive a stunning example of this icon in the beautiful Scottish Highlands. However, what you perhaps didn’t know is that Clarkson fell so in love with this car that he took it home (after confessing the GTV6 was one of the few cars he’d previously owned and regretted selling), and it became one of his daily drivers. This is exceptionally high praise coming from someone who has driven practically everything on the market and can afford the latest supercars. This Alfa also has a racing pedigree, winning the European Touring Car Championship four years in a row from 1982 and its class at the Tour de Corse four times consecutively from 1983. However, it’s probably best-known thanks to its role in James Bond’s Octopussy. All that said, turning the GTV6 into an all-terrain rally car is no easy task. Work began with a 3D-laser scan to digitally engineer and design the vehicle. Bridan explains that his inspiration was taken from “vintage rally cars, particularly the Lancia Integrale S4, and cars that raced in the East African Rally.” I love how he seamlessly incorporates these styling cues into the Alfa, which wouldn’t look out of place in the classic Group B lineup. 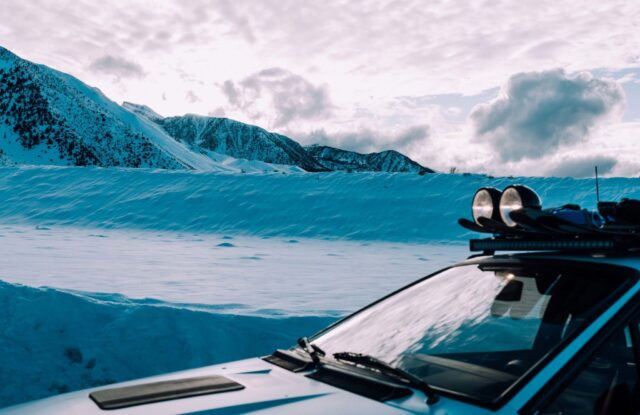 These rally credentials were achieved thanks to a number of drastic modifications. The body was lifted 6.5 inches from stock height and fitted with a specifically engineered full coilover front and rear conversion (stress-tested to 10 tons). The front suspension showcases custom arms, linkages, and shock mounts, whilst the rear is fitted with adjustable mounted coilovers in the trunk area (a custom gas tank was fabricated to accommodate the rear coilover conversion). This monster setup was matched with 205/75R15 tires, which further enhances the Alfa’s all-terrain performance. Front and rear skid plates (including exhaust protection) with built-in fog lights and tow hooks protect the underside. Meanwhile side skid bars also offer handy access to the roof rack (incorporating a lightbar and aero spoiler to deflect air around the spare tires). The rear hatch accommodates two full-size spare wheels, an outdoor trunk area, and integrated storage for 10 gallons of fuel. The Alpine includes Aether-designed livery and color breakup, with a color-matched roll bar for added safety and style. Maintenance and adventure preparation will be carried out in the future by High Tech Automotive in Silver Lake, Los Angeles. 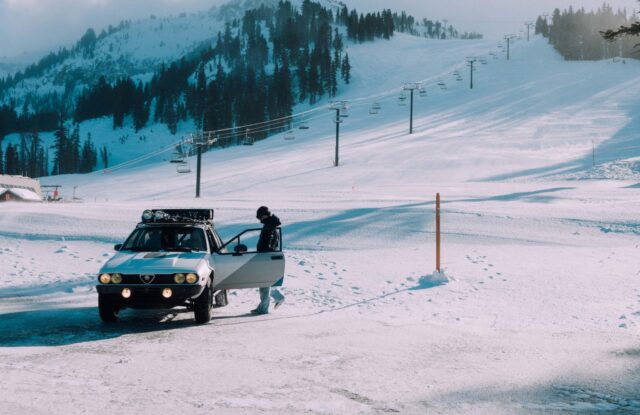 The Aether Alpine really is a sight to behold, and Nikita Bridan has done a superb job turning this tarmac-storming classic into a rugged all-terrain rally car. “We tastefully outfitted and modified the Alpine Alfa to keep the unmistakable charm of a Romeo while maximizing off-road capability.” This objective has been achieved superlatively and creates a vehicle described by Aether as “a truly unique crossover that falls somewhere between a championship rally car and a Mad Max machine.” I’d personally love to see Aether take this project one step further, retaining the Busso V6 but replacing many of the Alfa’s mechanical foibles for modern rally-spec components (did someone say 4×4 conversion?!). Either way, this is a car that wouldn’t look out of place on a 1980’s Group B rally stage yet remains suave and sophisticated—it’s still a GTV6. 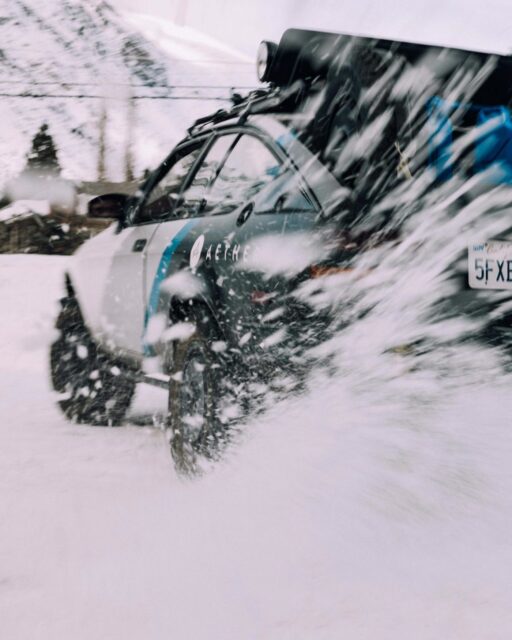