As travelers, we’ve all been there. Moments after tucking into a delicious plate of local fare, the mental warning bells begin to sound, but go unheeded. That tangy and unfamiliar flavor that can’t be identified is quickly dismissed, maybe out of hunger, most likely couched as just part of the exotic tastes of a far flung destination. You know you shouldn’t, but you swallow, take another bite, and with a smile to your companions mumble the words, “Mmmm, it’s yummy.”

Hours later, with your brow dotted with beads of sweat and your innards boiling like a caustic stew of regret, you take up residence in a hotel bathroom, the silence broken by pleas for respite from any merciful deity who might answer your call. You are alone though, accompanied only by faint memories of your friend’s advice, “I wouldn’t eat that if I were you.” You mumble again, this time so pitifully confused, “But, it was yummy.”

The truth is, travel tummy is just as likely to strike you on the streets of Paris as it is in the narrowed walkways of a Moroccan bazaar. It’s not always about nasty bacteria, dangerous pathogens, or petri dish critters run amuck. Sometimes it is the simple change of diet that has you clutching your gut in misery. 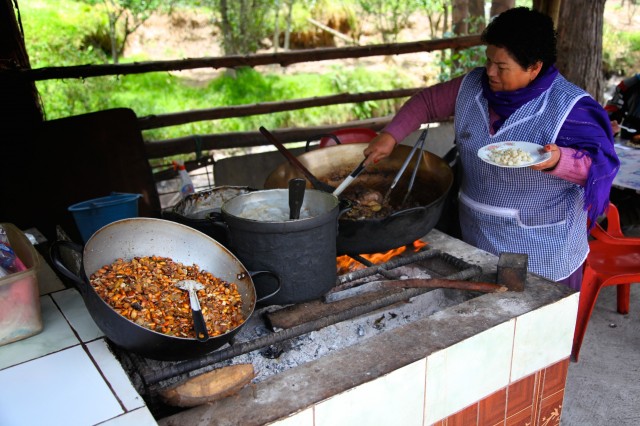 Years ago when I was a luxury bicycle tour guide in Europe, our clients would spend thousands of dollars for the privilege to eat at the world’s most celebrated restaurants. By day seven of foie gras, soft-ripened cheeses, and enough desert sugar to kill off Santa’s elves, half of my clients would be down for the count. By the time they boarded the plane home, they were sipping Pepto like a fine Bordeaux.

Although it seems like an unlikely scenario, even good food can cause serious trouble if it differs wildly from your normal diet. You needn’t travel to the streets of Mumbai to get sick, but it is more likely to happen in some corners of the globe. So, how is an adventurous eater to stay healthy while on the road? Here are a few tips:

Water born pathogens will kill more people worldwide this year, and every year, than any other cause of death. We could go on and on about water purification methods, discussing the various creatures that live in water, but the simple fact is, consuming water from questionable sources is tantamount to playing Russian Roulette with your intestines. Drink bottled water when possible and learn how to treat water while traveling. I like a Steripen, but that’s me. Don’t forget to order your cocktails without ice. 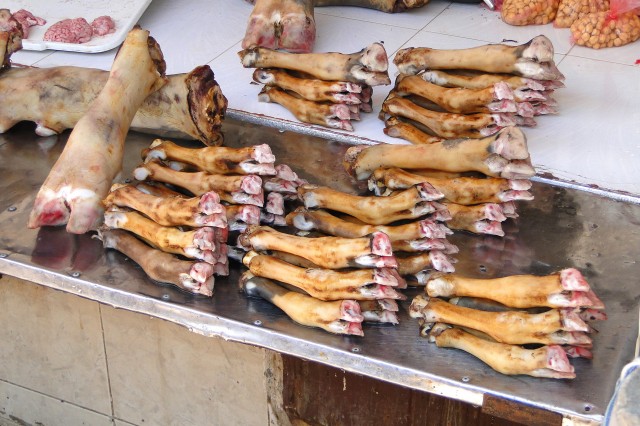 Eat where everyone eats

Call it safety in numbers, there is some moderate assumption of food safety if a particular restaurant or street vender is really busy. For one thing, they likely turn over their food supplies fast enough they have less time to spoil. Plus, they wouldn’t likely be so busy if every other patron fell over dead after lunch. It’s by no means a scientifically proven theory, but it has served many a traveler well. If you have to wait in line to get your food, it’s not only likely to be really good food, but probably safe––or, safer. 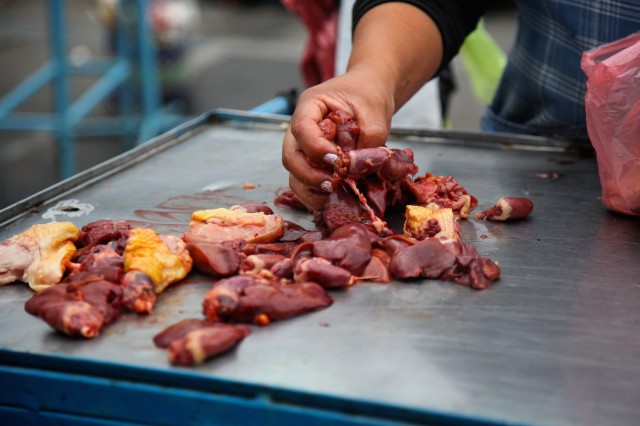 Know what not to eat

Seafood in particular has a very rapid spoil rate. It also harbors some genuinely nasty bacteria when not handled properly and can take you down like the Kraken if you’re not careful. Dairy products are also suspect and can again grow bacteria in short order. There are some travelers who advocate eating local unpasteurized yogurts and other dairy products to perpetuate the development of certain culture blooms in the digestive tract. If it works, you’re all set and pretty lucky. If it doesn’t work, that scene from Alien when that slimy thing bursts out of the guy’s chest…that’ll look like the Disney version of your particular troubles.

It’s also smart to assume your food hasn’t been properly washed, and this is not a good thing. Salads with tomatoes and other vegetables that may not have been properly washed can often deliver E. coli and other pathogens to your system. Fruits that you can peel are often safer than eating the skins of some fruits and vegetables. Tomatoes and lettuce for example are known carriers of bad tummy bugs. India in particular has some food born bacteria and parasites that are so vile, I can’t bring myself to describe them.

Other things to avoid are condiments which may not have been stored well, meats that haven’t been cooked through, or seemingly harmless things like runny eggs or just room temperature meats and cold cuts. One of my traveling partners used to only eat things which were, “Burnt, drowned, or smothered in sealed plastic.”

There are a couple other common sense practices all travelers should employ: Wash your hands with regularity. Carry anti-bacterial wipes and lotions with you. Don’t touch the fly covered dead chicken at the open-air market, then lick your finger. “People make themselves sick,” as my doctor used to tell me. 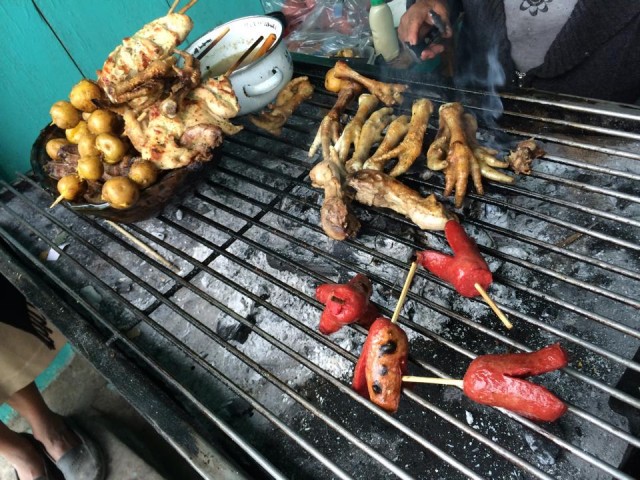 What to do when you do get sick

The CDC has great information on which meds you should and shouldn’t use, but your doctor will be the best source of individual information and assistance. In a nutshell, there are some medications used to treat the symptoms of food-born illnesses. These are medications designed to reduce the severity of diarrhea, fever, nausea, and other ailments. Such remedies could be as simple as over the counter Pepto-Bismal, Imodium, or more powerful prescription medications.

In severe cases, some doctors will prescribe antibiotics to quell the illness, but this practice needs supervision and professional medical intervention. Drugs like doxycycline, Bactrim, Septra, and Cipro can cause their own negative issues, so check with your doctor before reaching for those solutions, which goes for even the over the counter medications.

The two most dangerous hazards with this subject of food health is not being careful enough and actually getting sick, or being too careful and missing out on the joys of experiencing the flavors of your destination. Be bold, but be calculating. Don’t fear the BBQ crickets, but pass on the room temp tuna salad.

Most importantly, when in doubt––don’t put it in your mouth.