This is an odd thing to admit, but many of my best overnight adventures have started with my wife saying, “I’m having my girlfriends over tonight, do you mind?”  Of course I don’t mind. Not just because I’m a swell hubby, but it also gives me a perfect excuse to skip out for a little impromptu adventure. Before she can chill wine and slice cheese into cute little portions, I can have a motorcycle loaded and ready to kick up some dust. Lucky for me, I can even fold in a little work with my play.

It wasn’t by chance I landed in Prescott, Arizona some 17 years ago. Surrounded by millions of acres of forest and more roads than I can explore in my lifetime, I can be on a lonely track of backroad within minutes. When I need to test gear or get images of it in use, all I have to do is wait for my lovely bride to invite her pals over. When it happens you better believe I don’t linger in the doorway.

With another gathering of the girls this week I found myself on our Expedition Portal KLR plowing headlong into the sunset in a race to catch the last rays of light. My main mission for this particular escape was to photograph a few stoves for our upcoming review in Overland Journal. It also gave me another opportunity to further test our Caribou Commando panniers, a Filson dry bag, a new LED tent lighting system, and even a new brand of dehydrated meals. I also wanted to try out Garmin’s newest GPS watch, the Epix. It’s a wonder I have time to enjoy myself with such a workload, but I do soldier on. 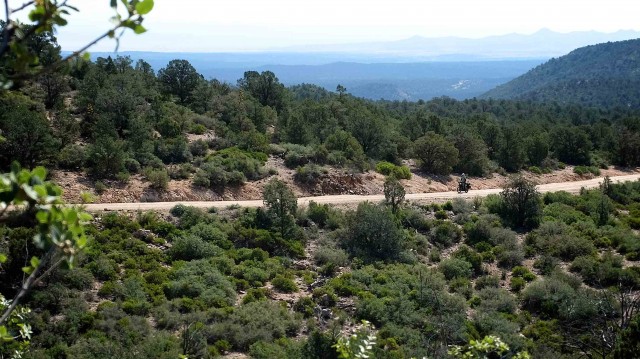 As I carved my way into the mountains west of town, the thunderheads on the horizon made me wonder if I hadn’t been better off with the women folk at home. Fortunately, the light was perfect and as I hurried to make camp, I began to rack off the images I needed. Before I was ready for it, the sun gave up the day and I set to work making a meal. No sooner had I ducked into my tent the rain came, although nothing too serious. If there’s one thing I love most about backcountry travel, it’s that feeling of cheating weather with a millimeter of nylon. 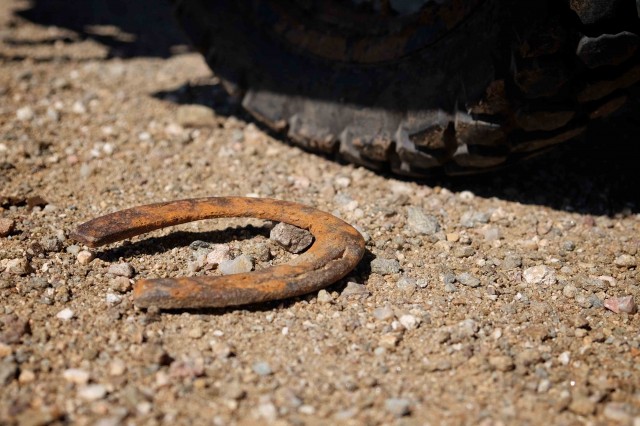 I found it. Left it. Probably could have used the luck.

With the woods to myself, I settled into my book for a little read and before I ever turned a page, the silence of the night was broken with the sounds of coyotes in the distance. If you haven’t heard the cacophonous chatter of a pack of coyotes, it is a special experience. I listened intently as the howling went on round after round, each successive chorus slightly softer than the last. I think I even made a comment to myself, probably something as trivial as, “cool.” With the coyotes only faintly audible in the distance I returned my head to the pillow and quickly fell asleep.

I don’t know how long I was out, but I admit I awoke with quite a start. The coyotes were back and so close I could hear their feat in the brush along with a few subtle barks and the occasional yip. I slowly unzipped my tent, clicked on my headlamp, and like a scene from Pee Wee’s Big Adventure saw a dozen eyeballs reflected in the light. I clapped my hands to make a little noise, delivered a tough guy, “Getouttahere,” and they vanished into the night. Their absence restoring my courage, I slipped back into my sleeping bag and with my heart beating a little faster than usual, tried my best to get back to REM sleep. 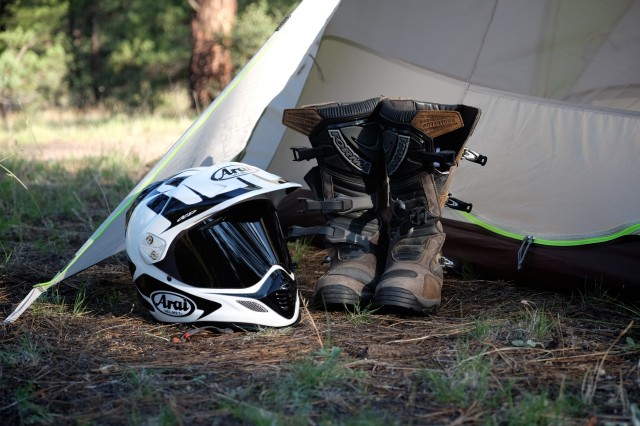 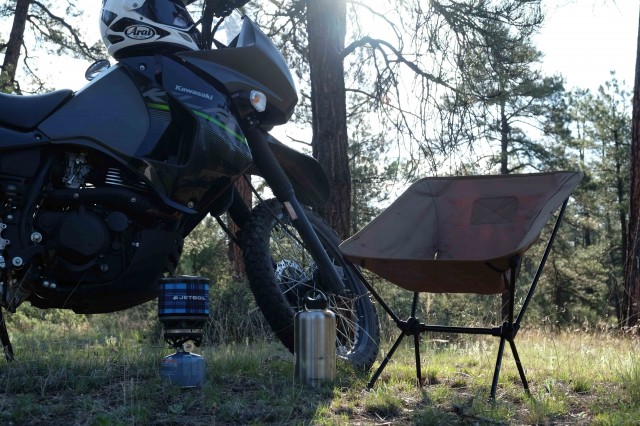 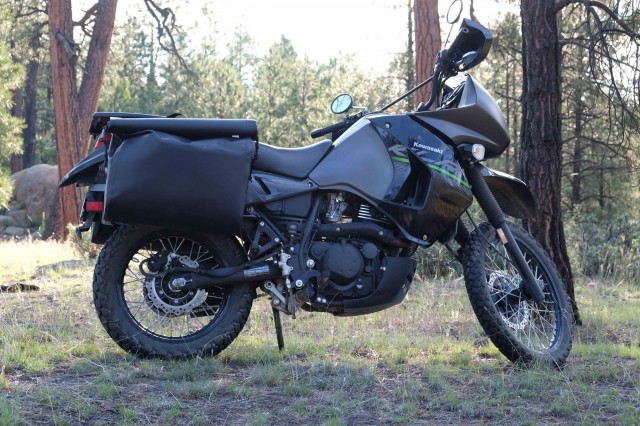 The KLR continues to be one of our favorite adventure platforms. Affordable and simple, it just works.

With the morning set in motion at an early hour, it was a work day after all, I packed my gear and rolled back onto a tiny forest road. Not wanting to give up too much adventure too soon, I decided to go a tad further down the road just to take a little peak at the view over the hill.

I made a sharp turn around a bend and noticed a good size patch of mud where a nearby spring had overflowed a catchment tank, its water spilling onto the road. I sized it up as nothing severe and assumed it might be all of a few inches of goo, no big deal. I slowed to a safe but assertive speed and picked my line. What I thought was manageable turned into a solid six to eight inches of primordial sludge. My wheels instantly chose divergent trajectories neither of which seemed to jibe with the direction of the bars.

Before I could attempt to correct the situation, the motorcycle came to a halt and my foot instantly reached for the ground. It may have made contact, but it didn’t matter. With a perceptible splat the KLR was down, and it seemed to like it. 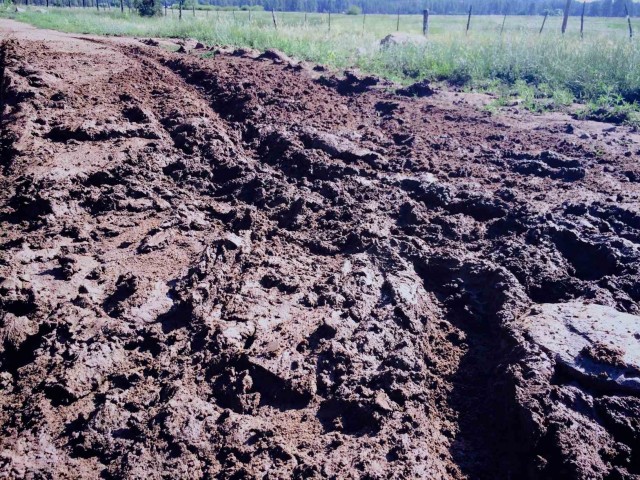 Knowing I was in for a contest of strength, I unloaded what I could, took off my jacket and helmet, and gave the first of many frustrating efforts to right the old girl. If my feet didn’t slip in the mud, the wheels would. I’d get it almost vertical and then something would conspire to return it to its growing crater. Each attempt to lift the bike would reveal inches of heavy mud clinging to its flanks adding what I can imagine must have been a good 15 pounds. With my muscles at their limits I tried one last time, my grunts and grimaces not even phasing the cows just feet away. They were clearly entertained by my distress but unaware I was two straps away from reinventing their domestic duties for my benefit.

Sensing I had one last lift in me, I gave it more than I thought I had. To my amazement I had the KLR standing again. I got her started, motored her to hard earth, reattached my gear, and took an inventory of the damage, which was mostly just mud.

I had come to test a few pieces of gear and this had proven a worthy endeavor. The Commando Panniers had suffered the fall to no ill effect. The Jetboil MiniMo in the downed bag had actually shouldered the full weight of the KLR but again, with no damage. It appeared the only fatality was my cinnamon roll which was thoroughly squashed and reduced to a ragged pancake.

After an hour long ride into town via the least direct route I could justify, I was back at the office. I unloaded my gear, washed off what mud I could, and checked the time on the Garmin Epix watch. I had only been gone for 17 hours. 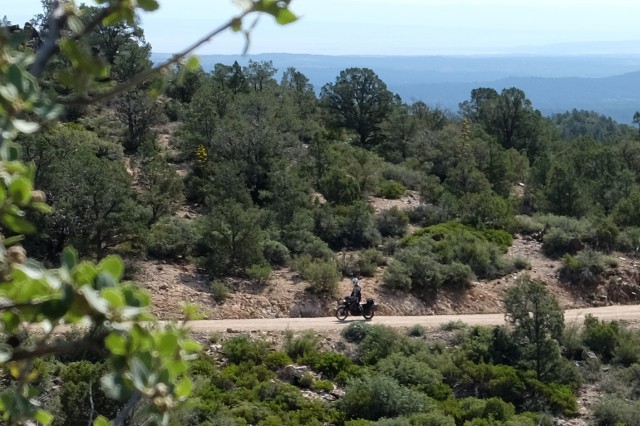 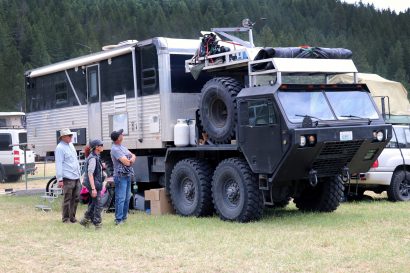 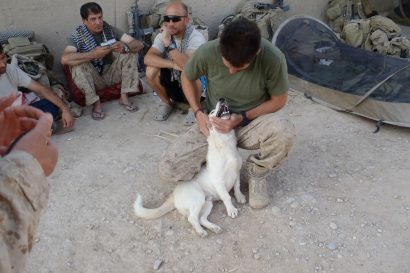 How an Elite Marine and Afghan Dog Saved Each Other 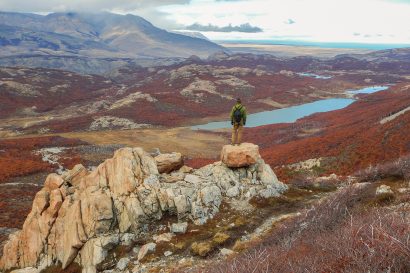