Having done a fair amount of long-distance moto travel, the first thing that struck me about Tim Notiers’ book, 2Up and Overloaded, was no way in hell would my husband and I be together today if we traveled two-up on an ADV motorcycle like Tim and his fiancée, Marisa. One of us would likely be dead by now—not from a crash but from “accidental murder.”

One thing this book clearly shows is Marisa’s unyielding love and patience for Tim and anything he throws their way, all while riding pillion-perfect behind him—a task Dave and I never mastered, and luckily don’t need to farkle with often in our moto travels. The couple even stands on the pegs together in difficult terrain. While the enormity of such synchronicity is not lost on this rider, what I like best about the 268-page travel novel detailing the couples’ adventure from Chicago to Panama City is Tim’s humorous writing style. It’s perhaps best shown in the “Crown of Filth” story, which will have anybody who wears a helmet cringing. Also, the “Rob-Me-Two-Times-Tommy” tale is deserving of a good belly laugh.

Tim’s not afraid to call himself out when his temper flares, which is most prevalent at the beginning of the book when he’s dealing with KTM mechanics. I appreciated the candid occasions when he showed vulnerability in his writing, like his self-deprecating comments about his hair loss. He’s also comfortably aware that their bike—a KTM 1190—is loaded down. I laughed out loud at his description on page 190:

“I will admit that some adventure bikes look more similar to fighter jets, whereas our motorcycle looked like the Imperial Destroyer at the opening credits of Star Wars.” 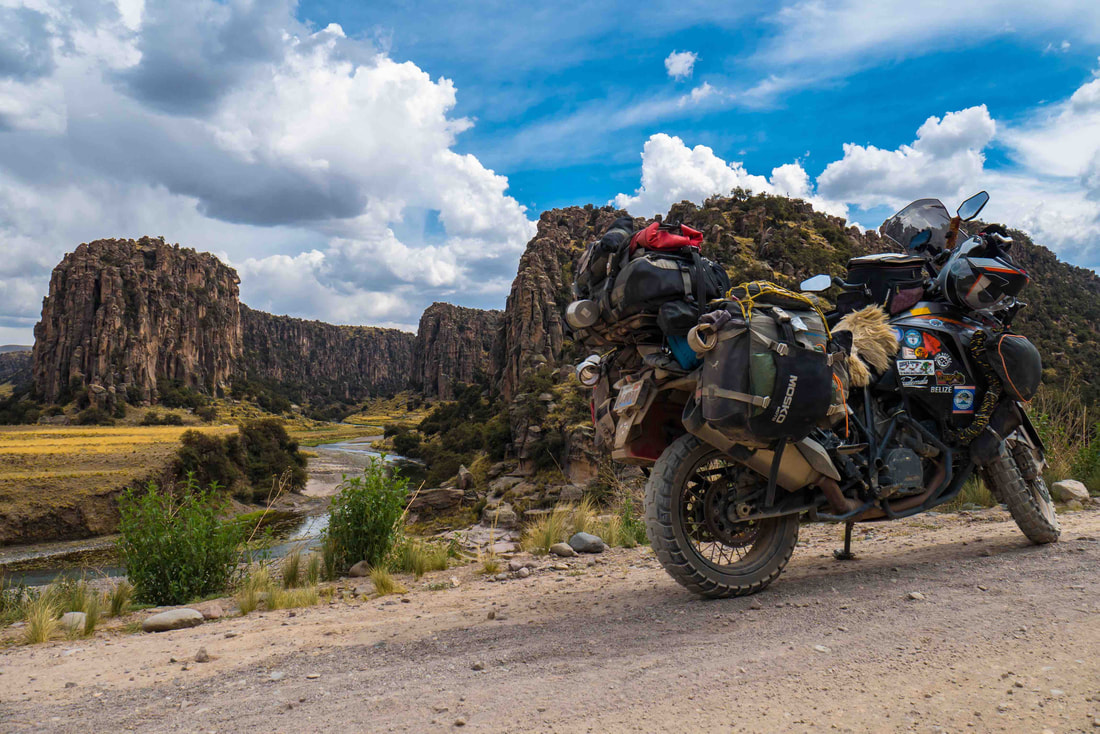 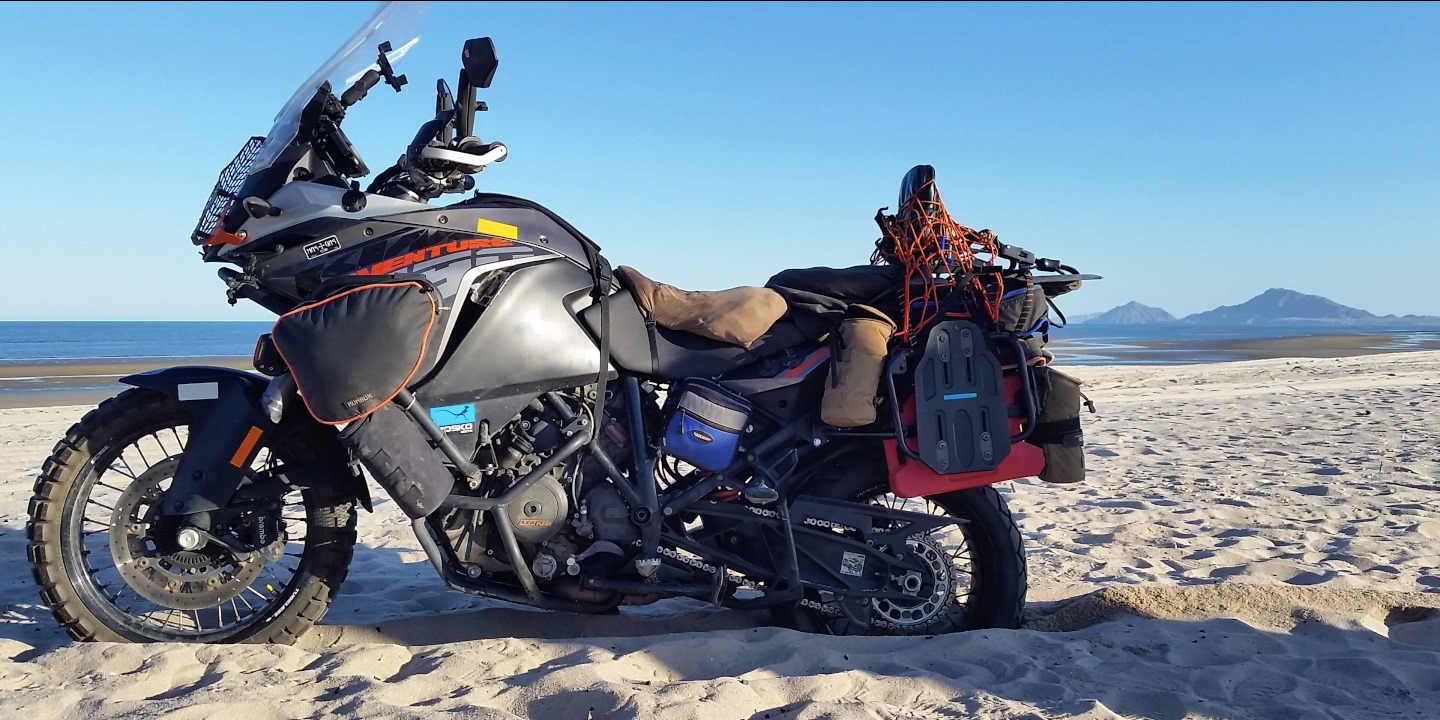 Tim also hints at the end of the book that Marisa almost left him once or twice during the trip. Perhaps I’m a nosey reader, but after riding thousands of miles with my own significant other, I craved more of Tim’s reflection and insight into these events, showing readers how they handled them together.

A simple map image at the beginning of each chapter provides context, while black and white photos, although printed a little too dark, help us envision the couple and the Imperial Destroyer. Tim’s writing style does a great job, too, of giving us visuals, like when he portrays the Grand Canyon as a nine-layer bean dip made by God. His forthcoming nature endears him to the reader, and, of course, Marisa is a saint. 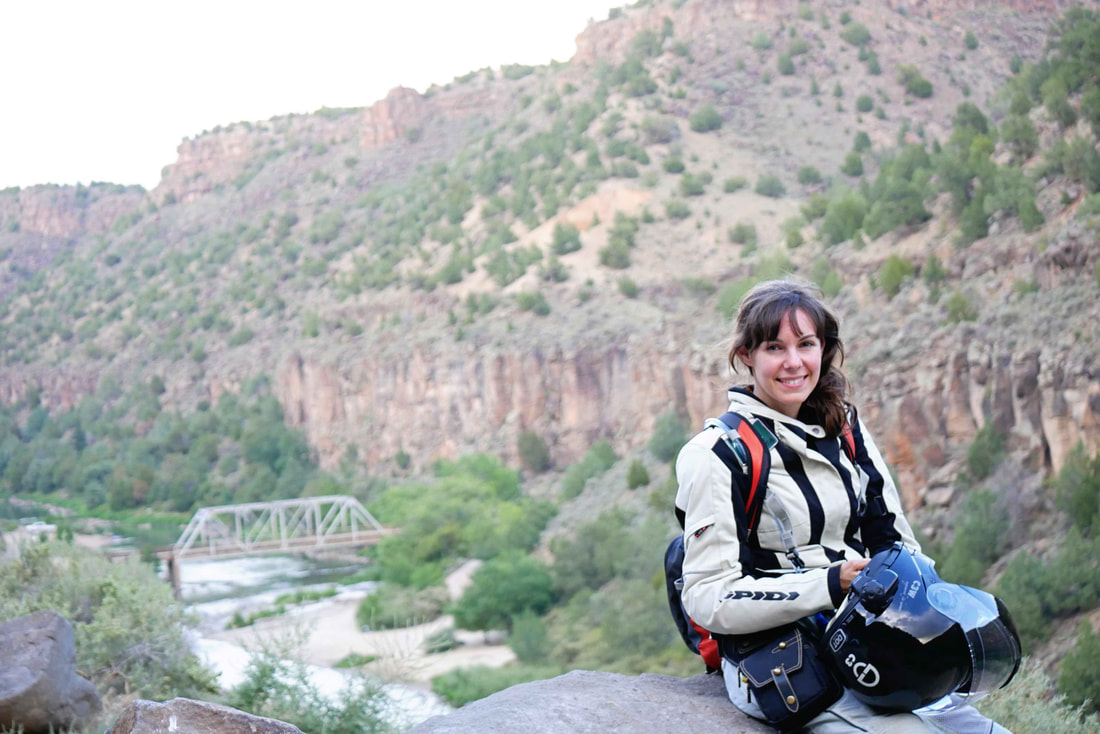 2Up and Overloaded makes me want to invite them both for a beer to see if their hilarious dynamic is just as good in person. Any man who writes about almost peeing himself in fear while scaring off something in the bushes is worth at least two decent local brews.

Marisa and Tim’s slowed-down travels appeal to me. Often, they stop for days, weeks, or even months at a time. In this way, they really get to know the area they are staying, along with the people. Another aspect I loved about 2Up and Overloaded was its relatability; some of Tim and Marisa’s experiences—like when they had to go all the way back to the U.S./Mexico border from southern Baja to get an immigration stamp—also happened to Dave and me. Knowing how frustrating that was for them allowed me to immerse myself in the adventure. That’s not to say you need to be a long-distance motorcyclist to understand this book; armchair travelers and adventurers will certainly enjoy itas well. 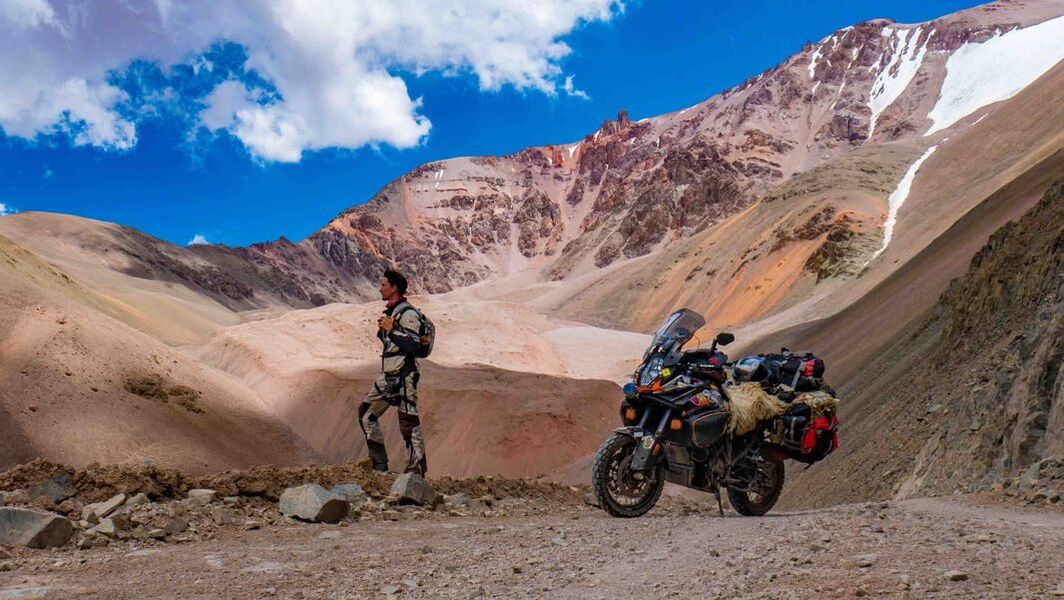 Readers may find it useful to read Tim’s first book, Maiden Voyage: The Prequel to the Adventure of a Lifetime, before 2Up and Overloaded for the sake of clarity. I was left with many questions, like how did the two meet and decide on the trip together? What did/do they do for work? How did they pack for this long-distance adventure? What are their families like? I have no idea if this is covered in Maiden Voyage, but I’m sure it helps set the premise.

Tim and Marisa’s clever “Notiers Frontiers” moniker has taken off on social media, where they have several thousand followers.

Due to COVID restrictions, Tim and Marisa have had some time to work on their YouTube channel as well, with episodes detailing their adventures to date with excellent photo- and cinematography.

Boost Your Confidence Through Motorcycling by Alisa Clickenger