There are few automobiles that capture the attention of multiple generations, inspiring everyone from the Greatest Generation to the wonder-filled eyes of a five year old. The Defender has been that vehicle, and even the most die-hard Land Cruiser lover would secretly admit to the charm of a classic Land Rover meandering down a dusty track in Africa. Since 1948, the shape remained essentially unchanged, reflecting a genuine reductiveness of flat aluminum sheets, rivets, and clear glass. The Series Land Rovers and Defenders that followed were not exceptional because of their parts, but in spite of them. It was the simplicity, the minimalism, and the sense of purpose that made them great, and those attributes are as valuable today as they have been since the Land Rover. I still believe in those qualities, and am grateful to have driven Classic Defenders on five continents. Just over a month ago, I traveled to Africa to determine if the newest Land Rover, a project code named L663, is the Defender for the 21st Century. 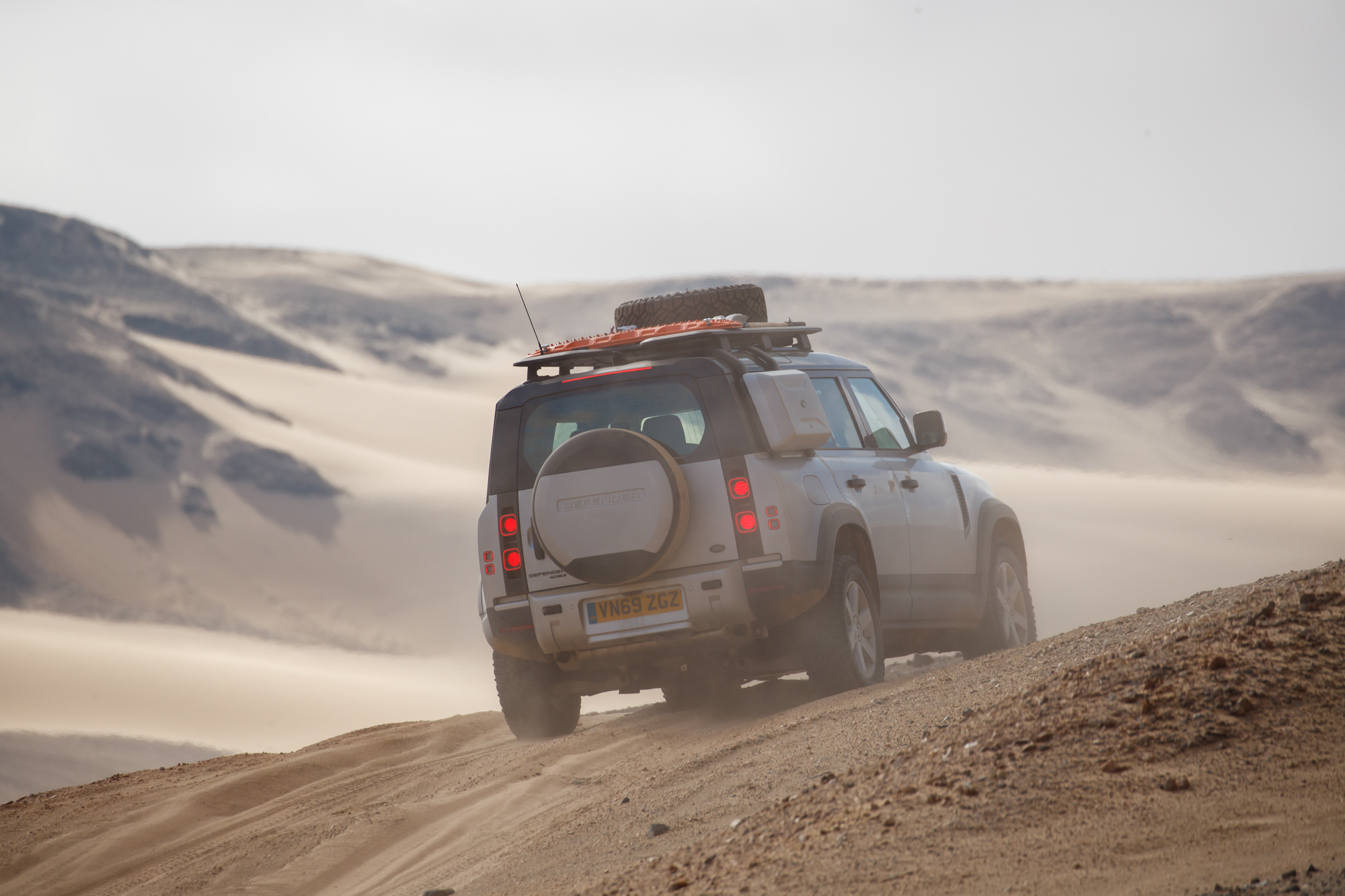 Late last year I had the opportunity to see the new Defender in England at the UK headquarters, and in February, I flew to Namibia to drive the 2020 Defender on a proper overland route near the Angolan border. I stepped onto the dirt runway in the village of Opuwo, and the dusty 110s awaited, kitted with roof racks, extra tires, and bright orange MaxTrax reflecting in the mid-day sun. I have had my reservations on the front-end styling, but the vehicles looked at home here, complete with snorkels, and Goodyear DuraTrac tires on steel wheels. Land Rover had assured me this would be a proper adventure, self-supported and remote, with nearly 700 kilometers of dirt. 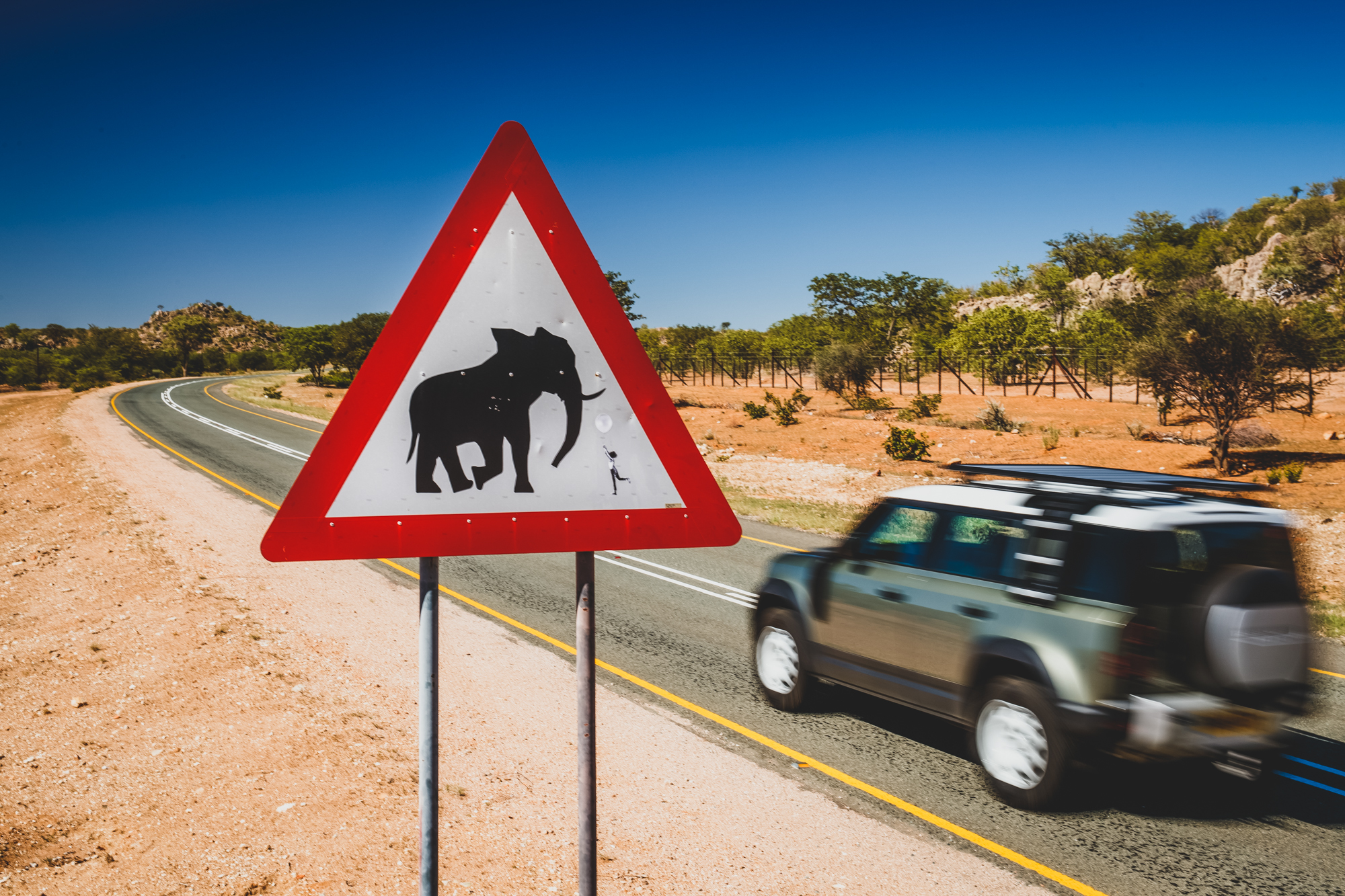 Listen to the Overland Journal Podcast review of the new Defender

Leaving the airstrip, we negotiated a short section of pavement complete with potholes, darting goats, and meandering locals. In total, our route would only include 7-10 total kilometers of pavement—the rest was all dirt. And dirt roads is where the Defender 110 shines, easily presenting best-in-class ride comfort and low driver fatigue. It was not only comfortable, but it handled properly too, bringing me back to my days at the Team Oneil Rally Driving School, rotating the vehicle through corners, or holding a line at considerable speed through a gravel-strewed apex. That is the advantage of driving in a convoy with good comms, you have spotters for short forays at testing the grip, suspension, and overall vehicle dynamics. 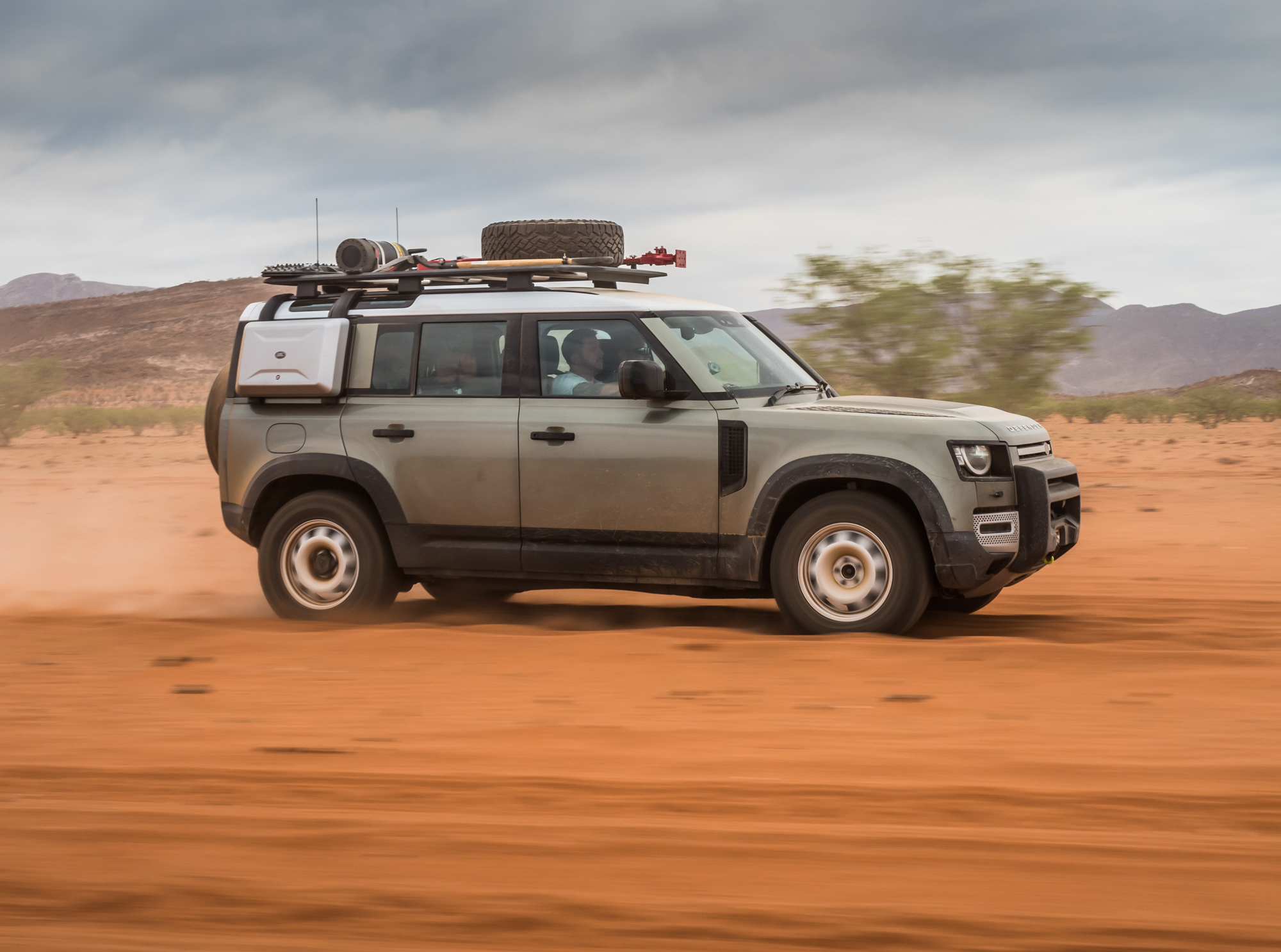 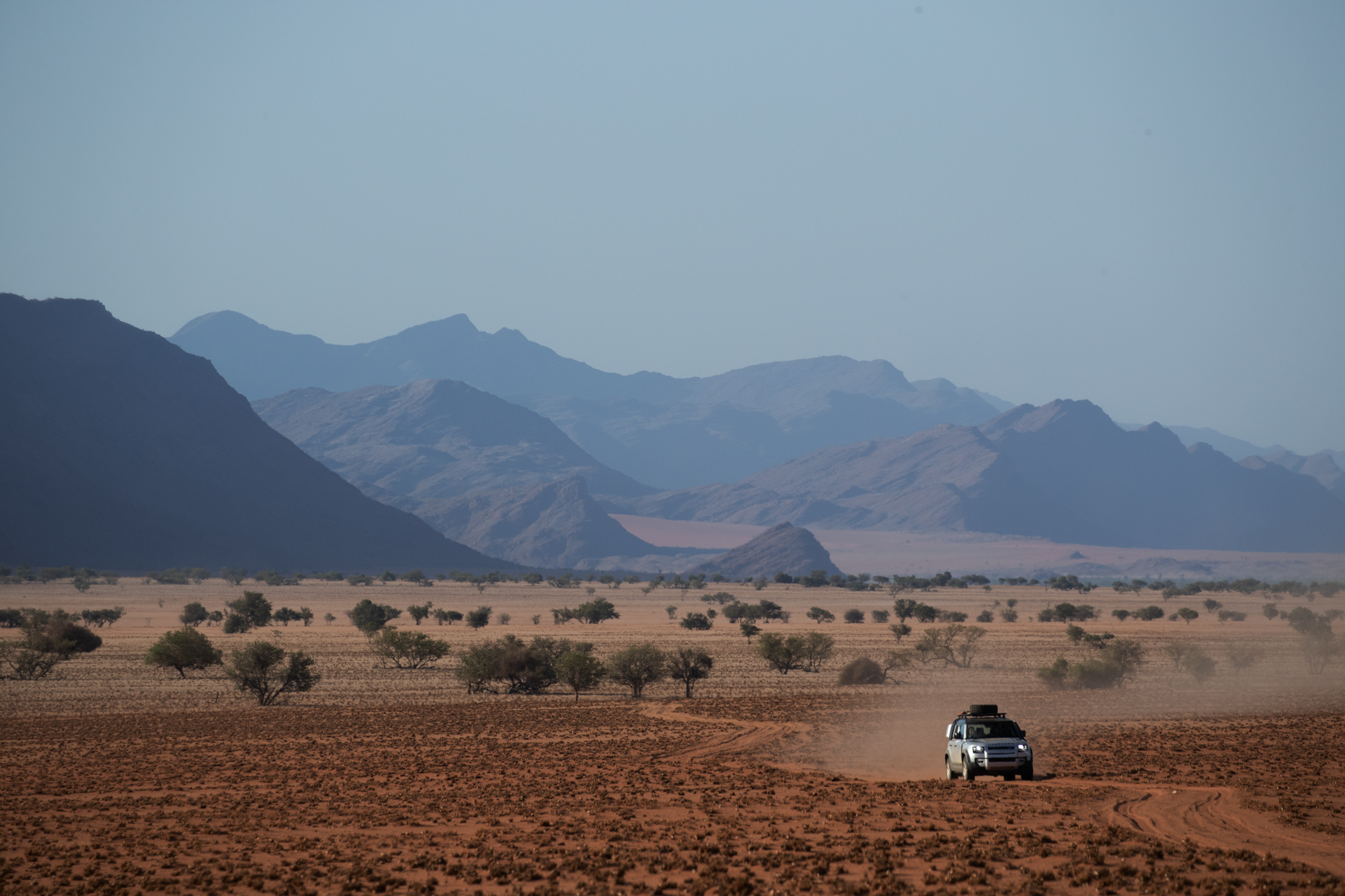 The vehicle stability control can be mostly disabled, and that allowed for a predictable and very neutral handling characteristic, not exhibiting “lawyer-tuned” understeer or snap oversteer. It just worked, and favored trail braking to initiate a gentle oversteer prior to the apex, then taking advantage of the all-wheel-drive system for exiting the corner under power. There is not another high-clearance SUV that is even close, mostly due to the fully independent, long-travel air suspension, but also because of the ideal combination of track width and wheelbase. This vehicle eats long dirt road miles and rewards the driver with no dust ingress and not a rattle to be found. Even at street pressure, corrugations were barely notable, almost fully attenuated by the multi-stage airbags and vault-like chassis. Without question, this is one of the Defender’s greatest attributes. The only criticism I can muster is the modest body roll (likely due to the roof load), and the light rebound damping in the shocks that results in subtle porpoising after larger input events like a G-out. 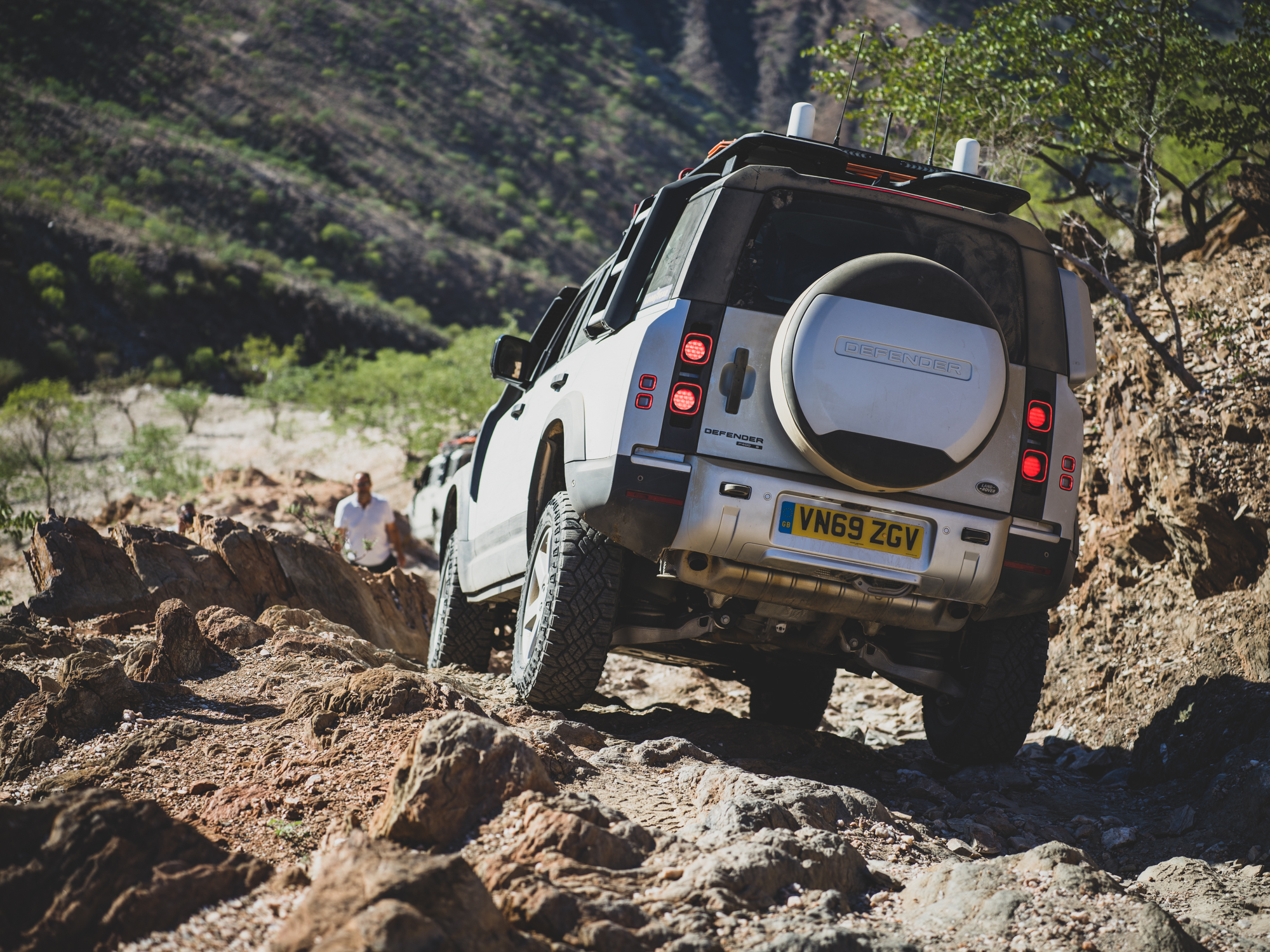 During remote overland travel, any number of terrain challenges can be encountered, and on this trip we found most of them, including loose rocky climbs, cambered descents, deep sand, water crossings, and bottomless mud. Some of our group even got stuck and required a dynamic vehicle-to-vehicle recovery, or a pull from the factory Warn winch. This was not the Rubicon, although I am certain the Defender can manage that route, but it was technical within the context of the remoteness. The further you are from support and infrastructure, the greater the risk. None of the terrain was extreme, with the possible exception of a few of the water crossings, but they were a proper challenge for the new Defender and consistent with the routes international overlanders’ choose.

On the rocky climbs and descents of Van Zyl’s pass, I was able to test the various traction and terrain control modes, including the factory rock setting. This softens the throttle and holds the gear to limit shift-shock and maintain control. It also tunes the center and rear locking differential algorithms to limit wheelspin. I felt that the steering was quite light and noticeably vague (i.e., electronic), but a few minutes with one of the Land Rover team members showed me the custom settings screen, which allows driver control over many of the systems, including steering weighting. I set it to heavy, and that helped, but it still lacked the tactile input of a traditional hydraulic system. The upside was lower driver fatigue, and I soon got comfortable with the input. 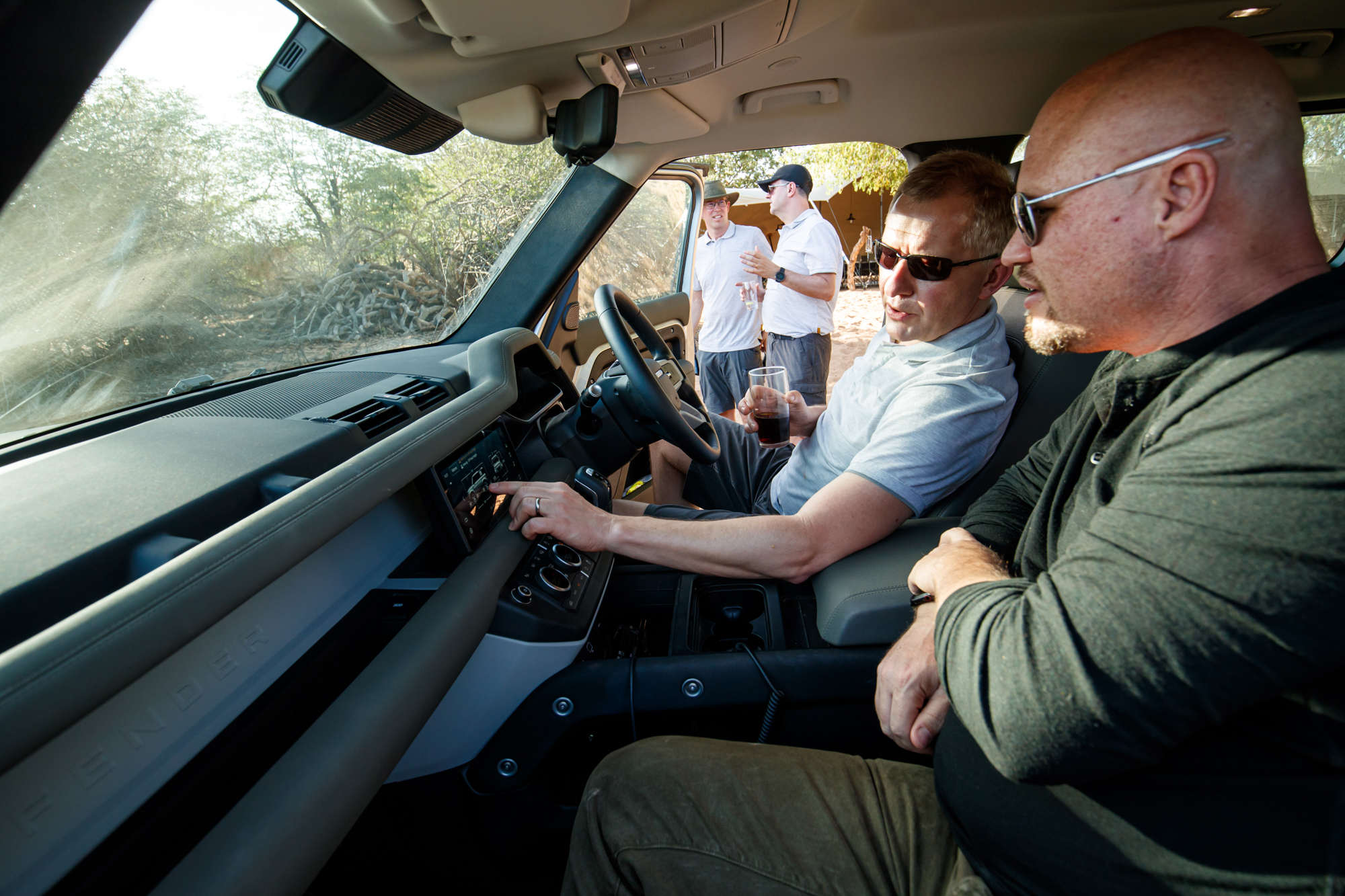 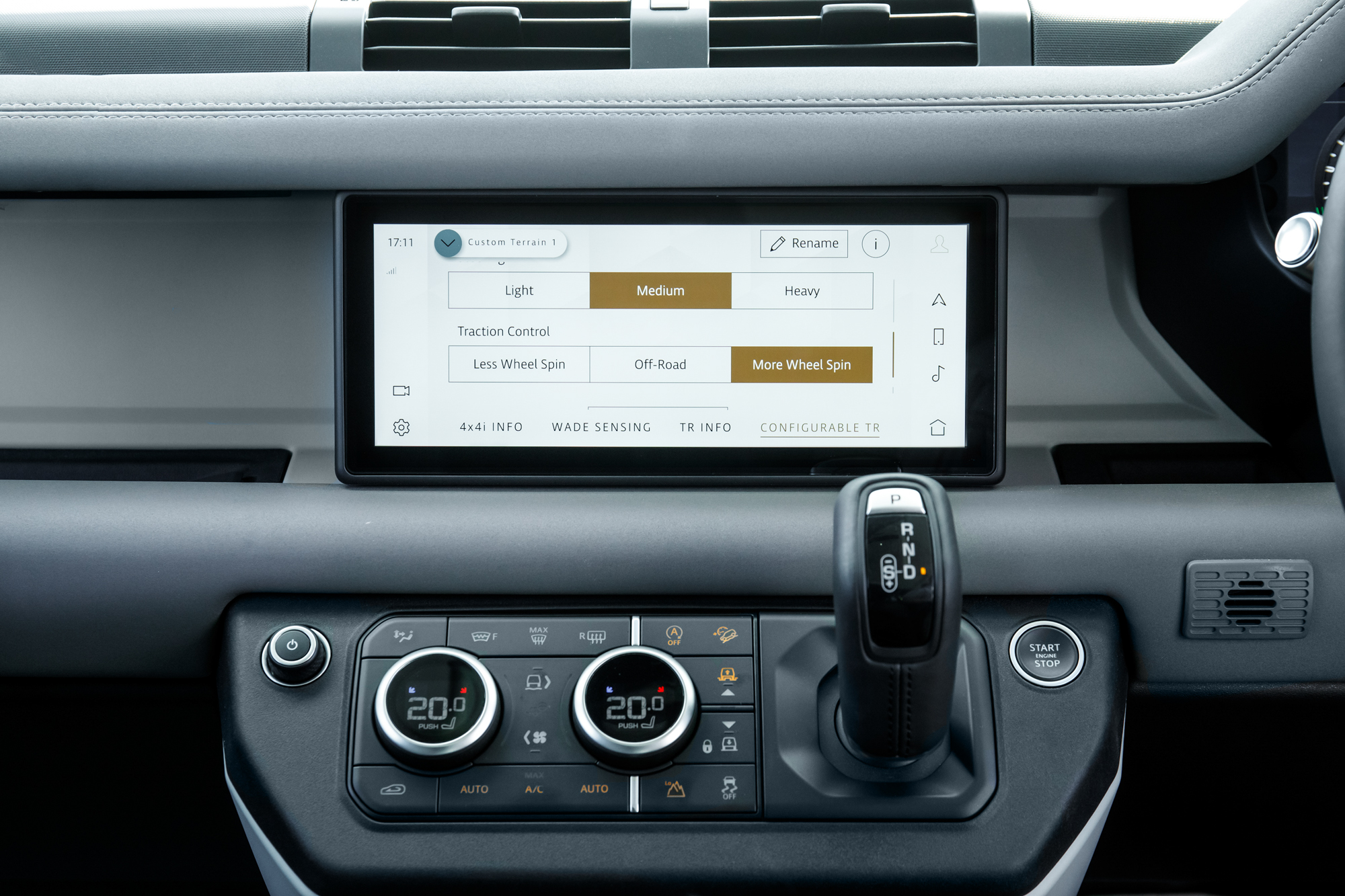 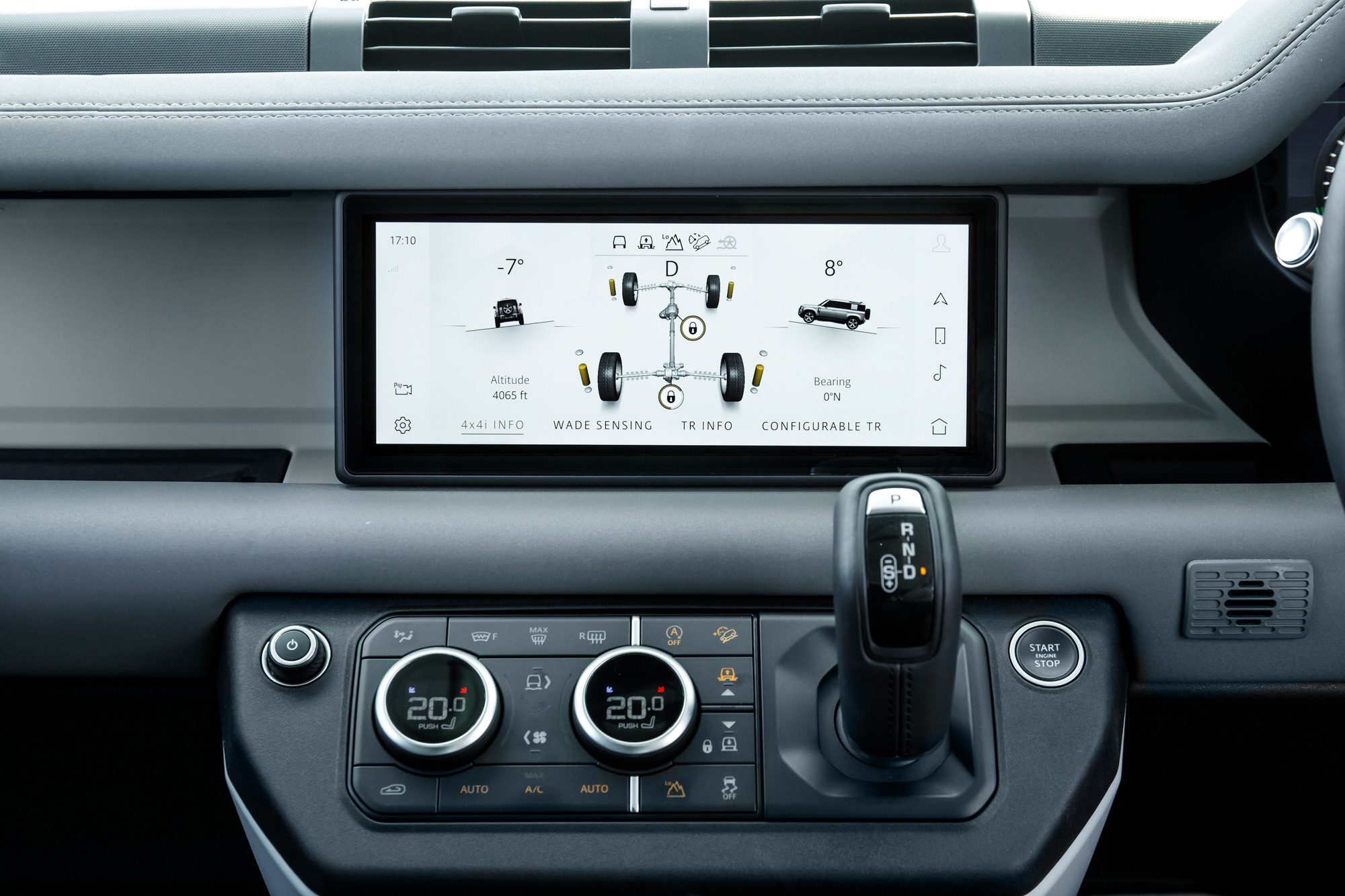 I also made a note of the brake tuning, which has a long initial pedal throw, followed by a short modulation range. Combined with the high degree of braking effectiveness, it was difficult to modulate the brakes in rocky terrain as I would prefer. The Land Rover team noted that, and advised that final brake tuning was still in development, so that may just be an artifact of being a prototype.

Traditionally, solid axles have been the benchmark for rocky terrain, and that still remains. However, the new long-travel, multi-stage, and cross-linked independent airbag system is certainly the best IFS/IRS we have tested. With the airbags being multi-diaphragm, they can increase running ground clearance by only inflating one bellow of the bag, which keeps the ride quality similar to the normal settings, but at a higher ride height. This greatly improved compliance and ride quality for the occupants. Being long-travel, even the off-road height still has enough droop travel to limit hard topping and head toss. There is also a cross-link valve that opens at low speeds, allowing pressure from the bag being compressed to transfer to the bag in the opposite wheel. This results in forced articulation, helping to keep wheels on the ground and the hood level, both contributing to driver confidence. 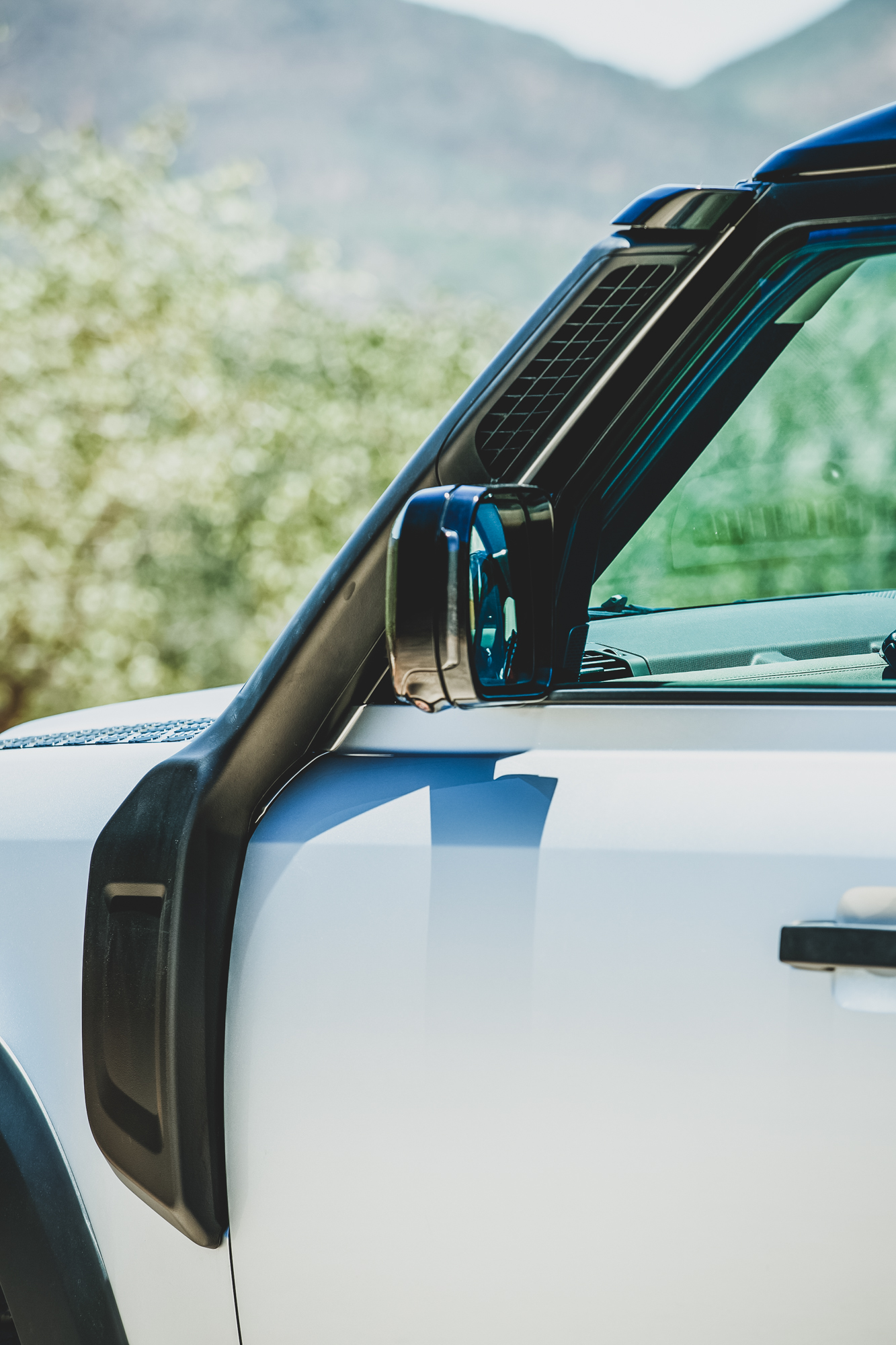 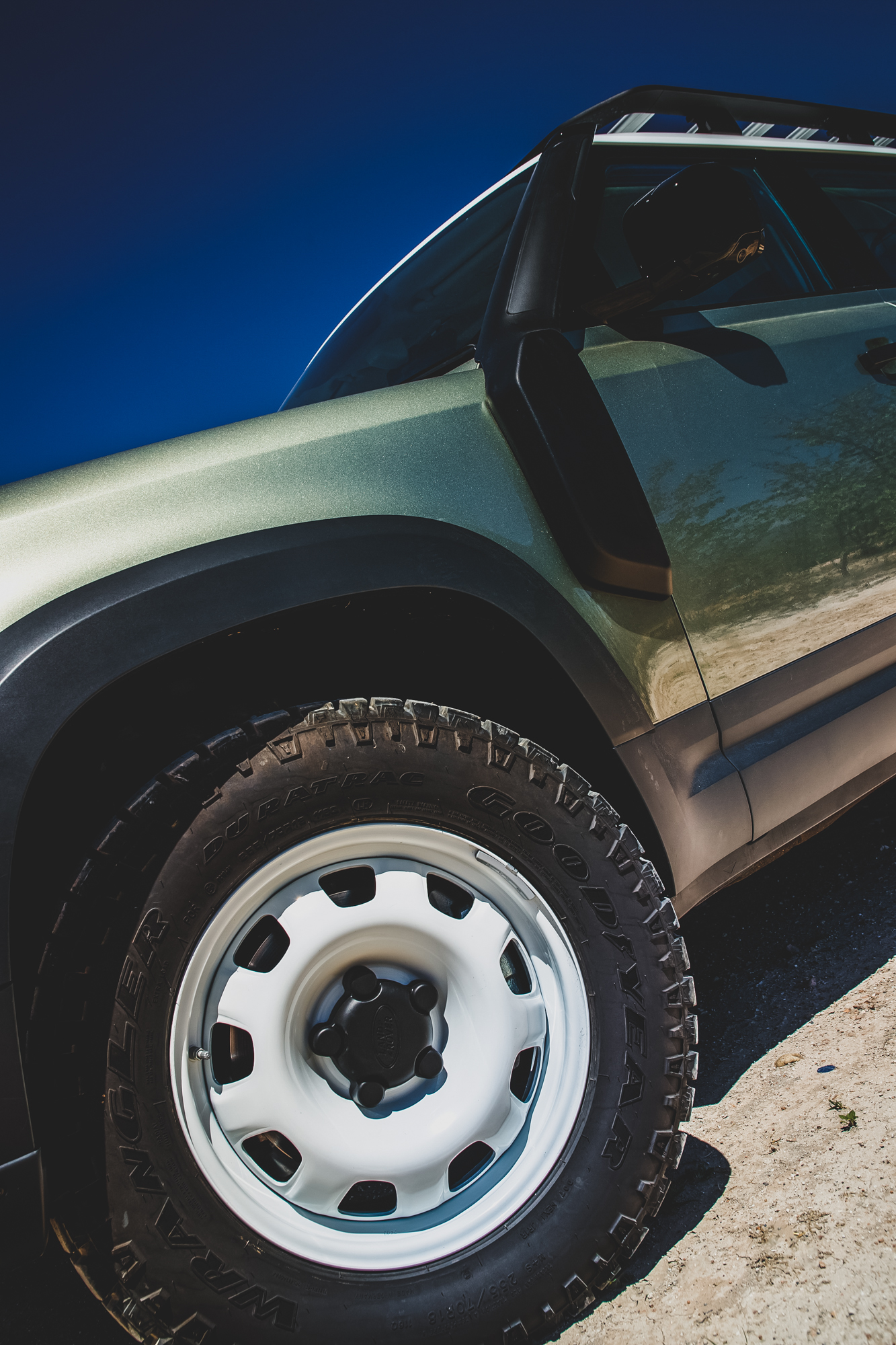 In comparison to the competitors in the space, the capability is better than a 200 Series Land Cruiser, and on par with a Trail Edition 4Runner. It would also compare with all models of the Wrangler except the Rubicon. The Rubicon is more capable in extreme rocky terrain, as expected.

The overall angles of the vehicle are impressive, including an approach angle of 38 degrees, a breakover of 29 degrees, and a departure angle of 40 degrees. After inspecting the Defenders at the end of our trip, none had bumper damage, although the skid plates underneath showed signs of contact (but not damage). The wading depth of 900 millimeters (35.4 inches) is class leading, and some in the group tested all of that and more. 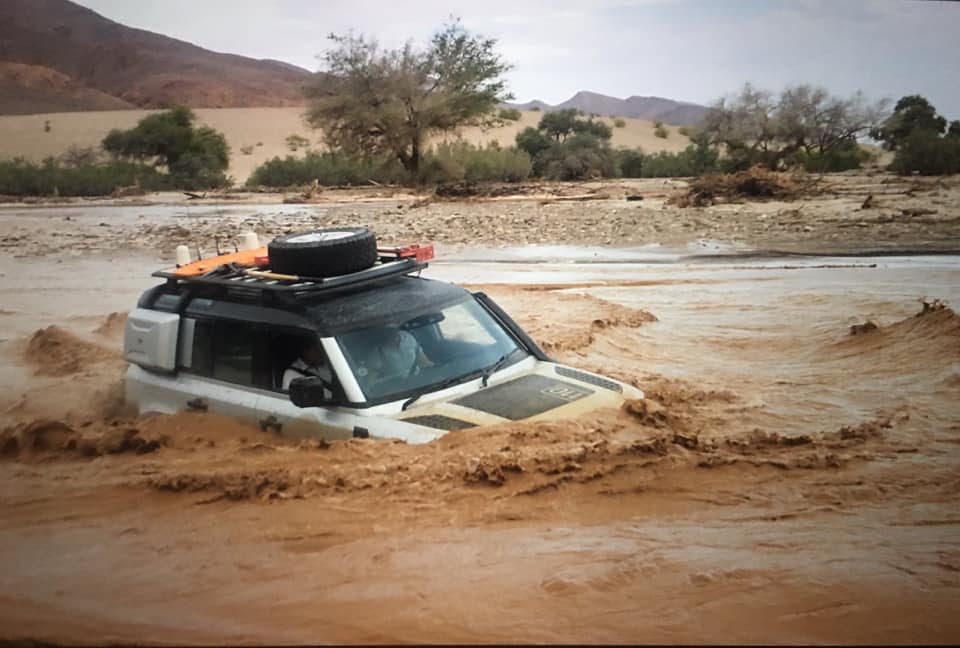 The suspension, again shined in this context, and the vehicle provided the driver with confidence. The Defender remained stable and surefooted, keeping the hood level and limiting any surprise wheel lifts or weight transfers. Predictability is key, and it has it. My concerns in technical terrain have nothing to do with the systems, but some of the limitations of bumper fitment and wheel diameter. In the factory literature, an 18-inch steel wheel can be fitted to the diesel model or the 4-cylinder gas model, but not to the straight six. This is important to know for those speccing out their model to buy, as the 6 cylinder gets a 19-inch aluminum wheel, with very limited tire options and a hit to both tire deformation and overall flotation. 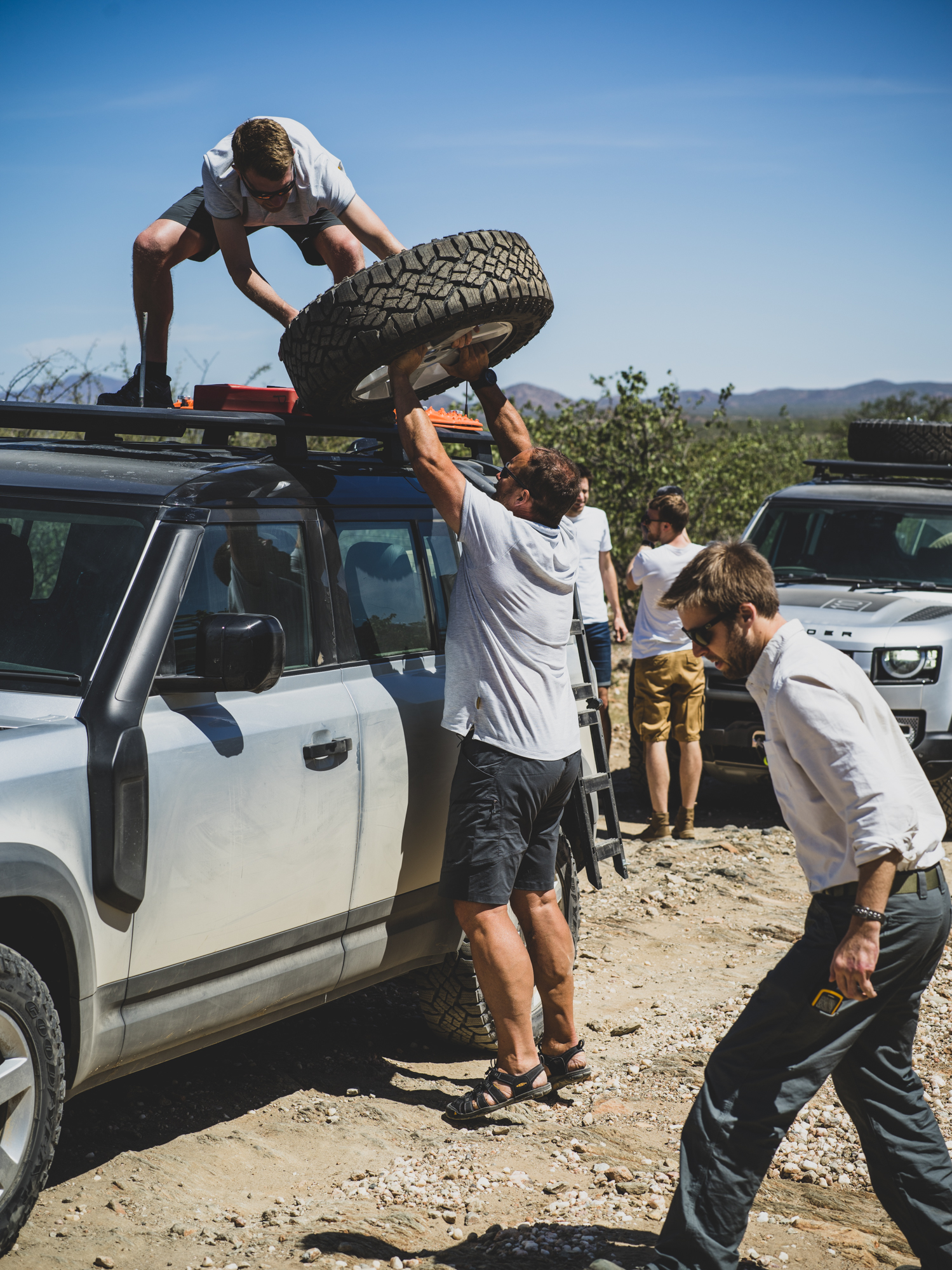 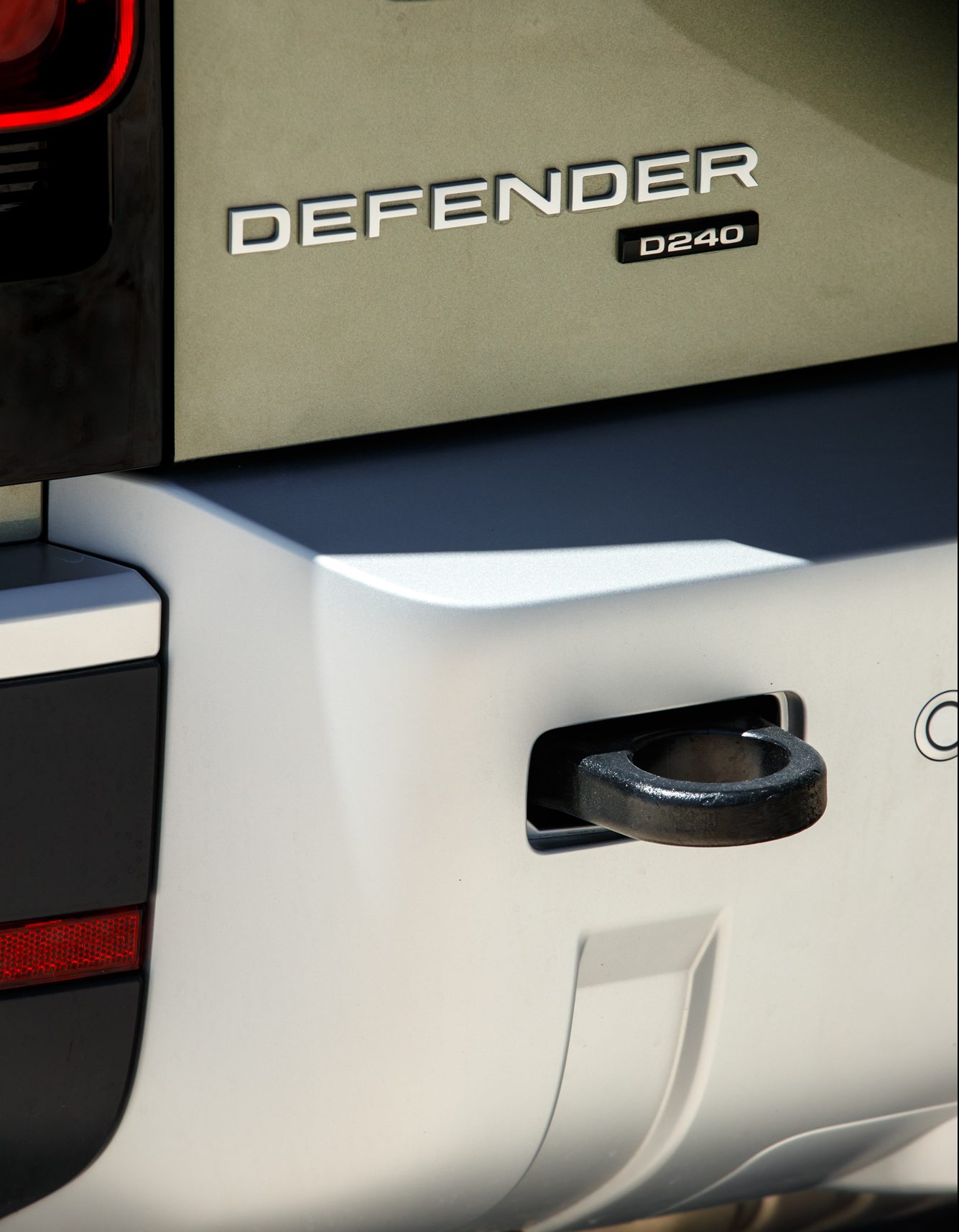 The second concern is the difficulty of designing and installing a proper steel front winch bumper. For backcountry travel, it is beneficial to install a bull bar that protects the vehicle from animal strikes and rock damage, while also allowing the fitment of an electric winch. That will be difficult to do on the new Defender due to the factory bumper and fender design, along with the intercooler positioning. I would also like to see front recovery points that are in alignment with the rear and are more accessible. The front recover point is strong, but low, and would require installing a short section of synthetic rope for traveling in mud, etc. to allow access without extensive digging. The rear recovery points are near perfect.

In sand and mud, the Defender is in its element, and would not only easily outperform a Classic Defender, but also anything in the class. This is again due to the four-wheel-independent suspension, which maintains a higher overall ground clearance than a beam axle, while also reducing axle hop and maintaining traction. There is a reason dune buggies are typically IFS/IRS (because it works) getting power to the ground and absorbing impacts primarily at the wheel where the event occurred. The low center of gravity and the responsive drivetrain also aids in overall mud/sand capability. The straight six in particular was a rocket in the sand with 400 horsepower on tap.

This review is all about the performance of the Defender as an overland and backcountry vehicle. For that, it exceeded my expectations, providing both driver confidence and comfort over days of remote travel in Namibia. It is a thoroughly modern Land Rover, and the best of the current lineup for vehicle-based adventure travel. The ride quality off road is class leading, as is the payload (1,800 pounds) and roof load (370 pounds). It also has class leading wading depth, over 11 inches of ground clearance, and can easily fit a 33-inch tire. Factory options include a raised air intake, Warn winch, steel wheels, locking differentials, and long-travel airbag suspension. The interior is my favorite of any current 4WD model. On those merits alone, the new Defender is notable, but it is the sum of its parts that make it ready to explore the world just like the Defenders before it. 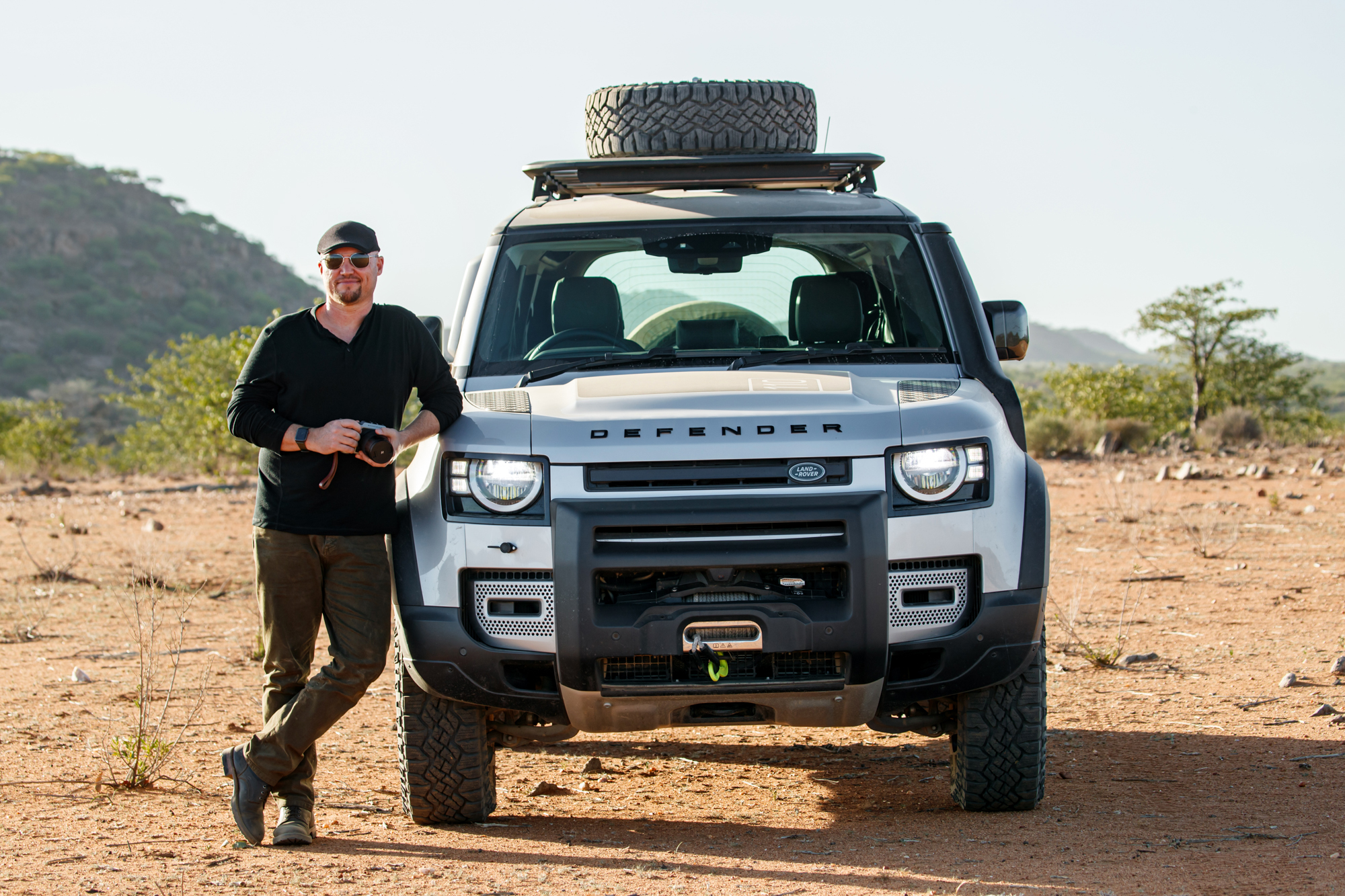 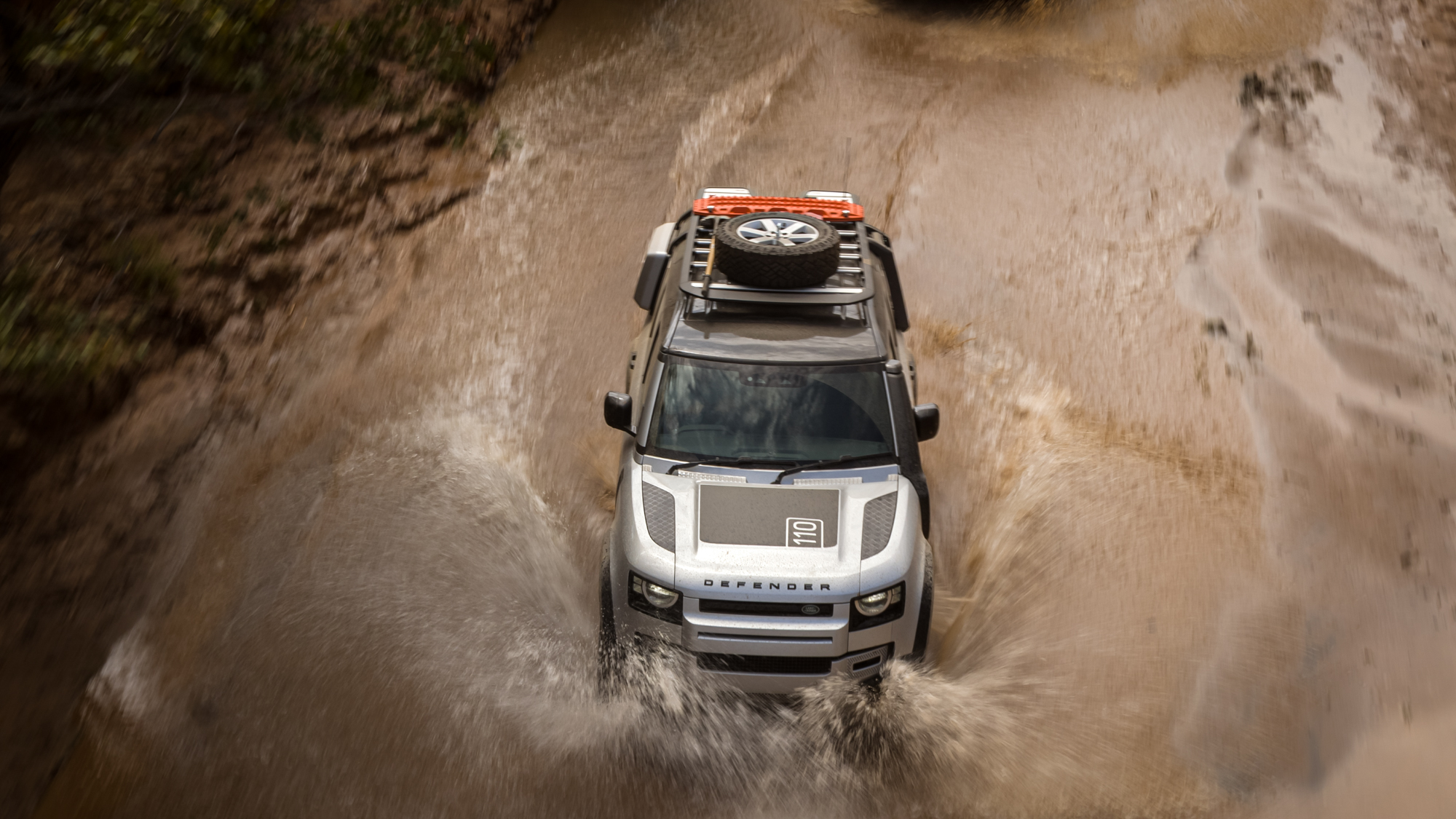 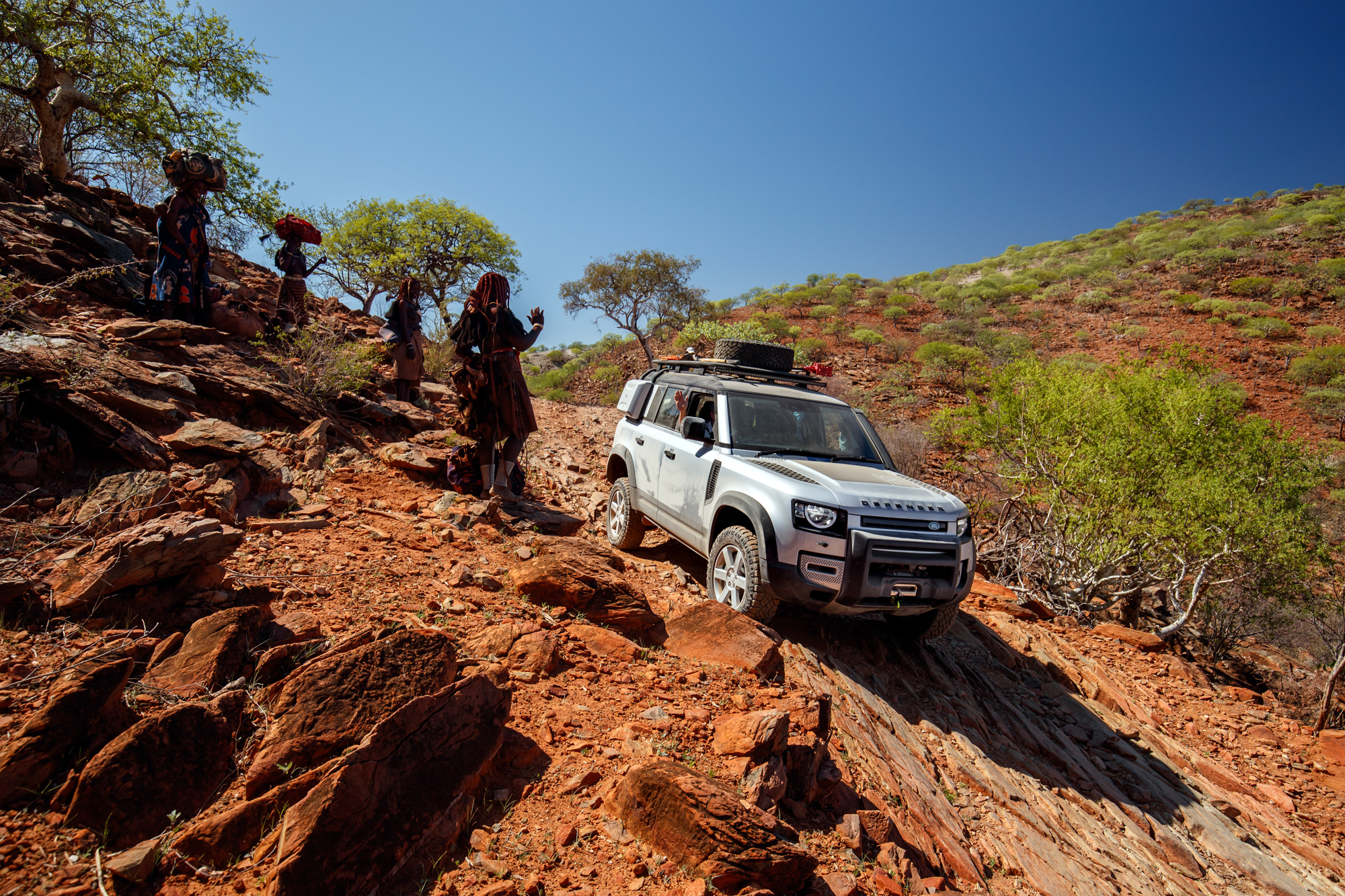 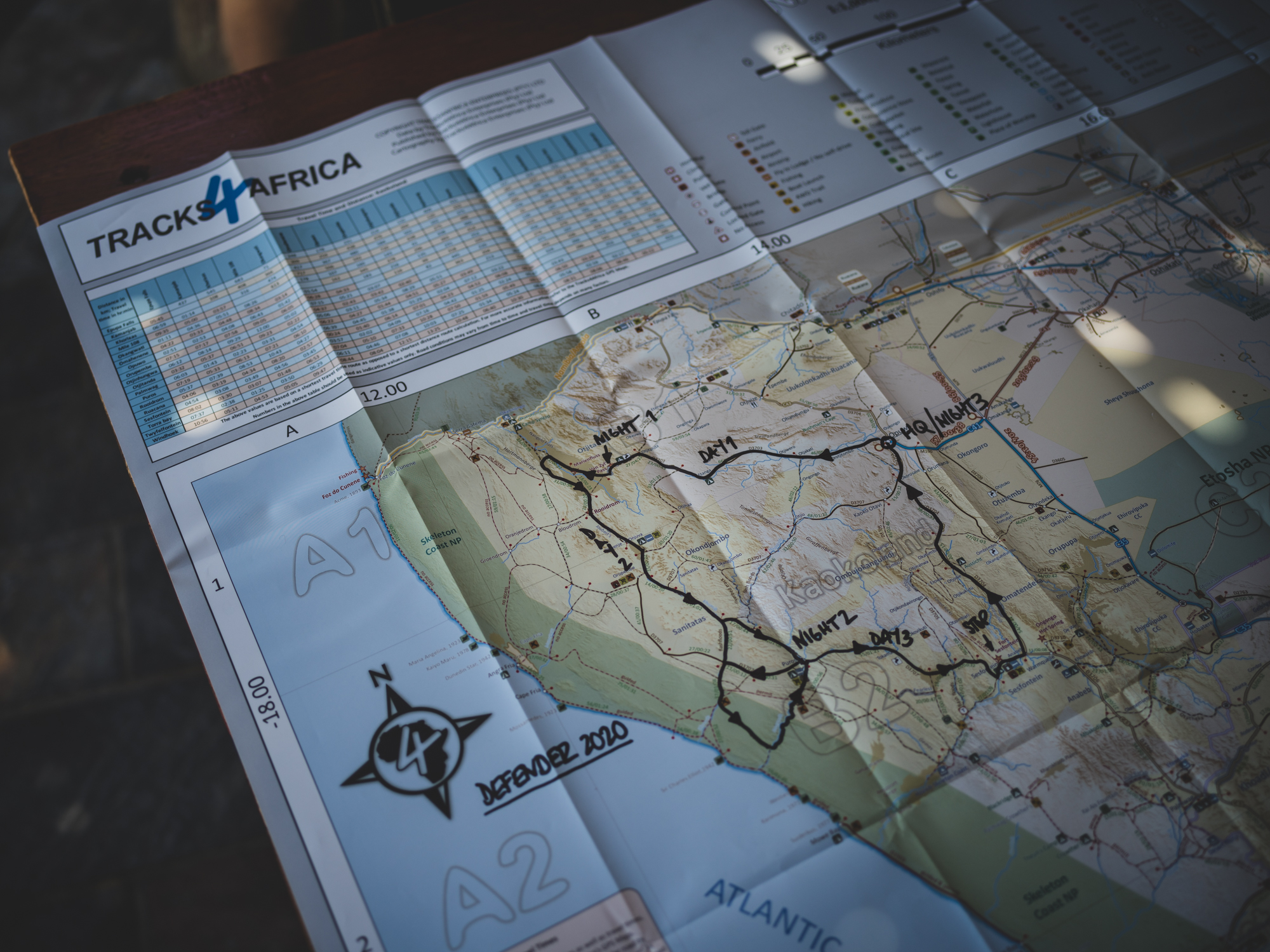 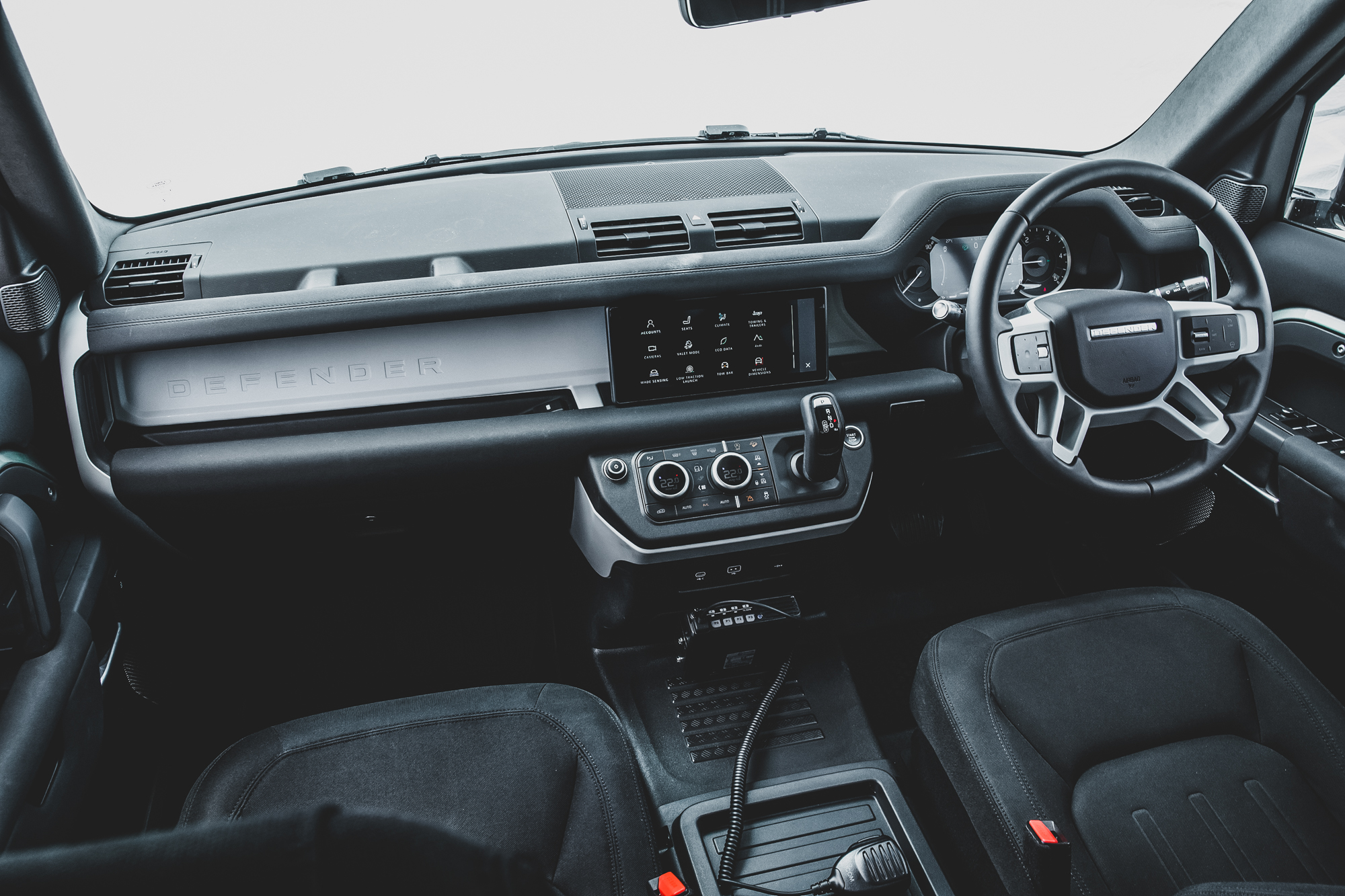 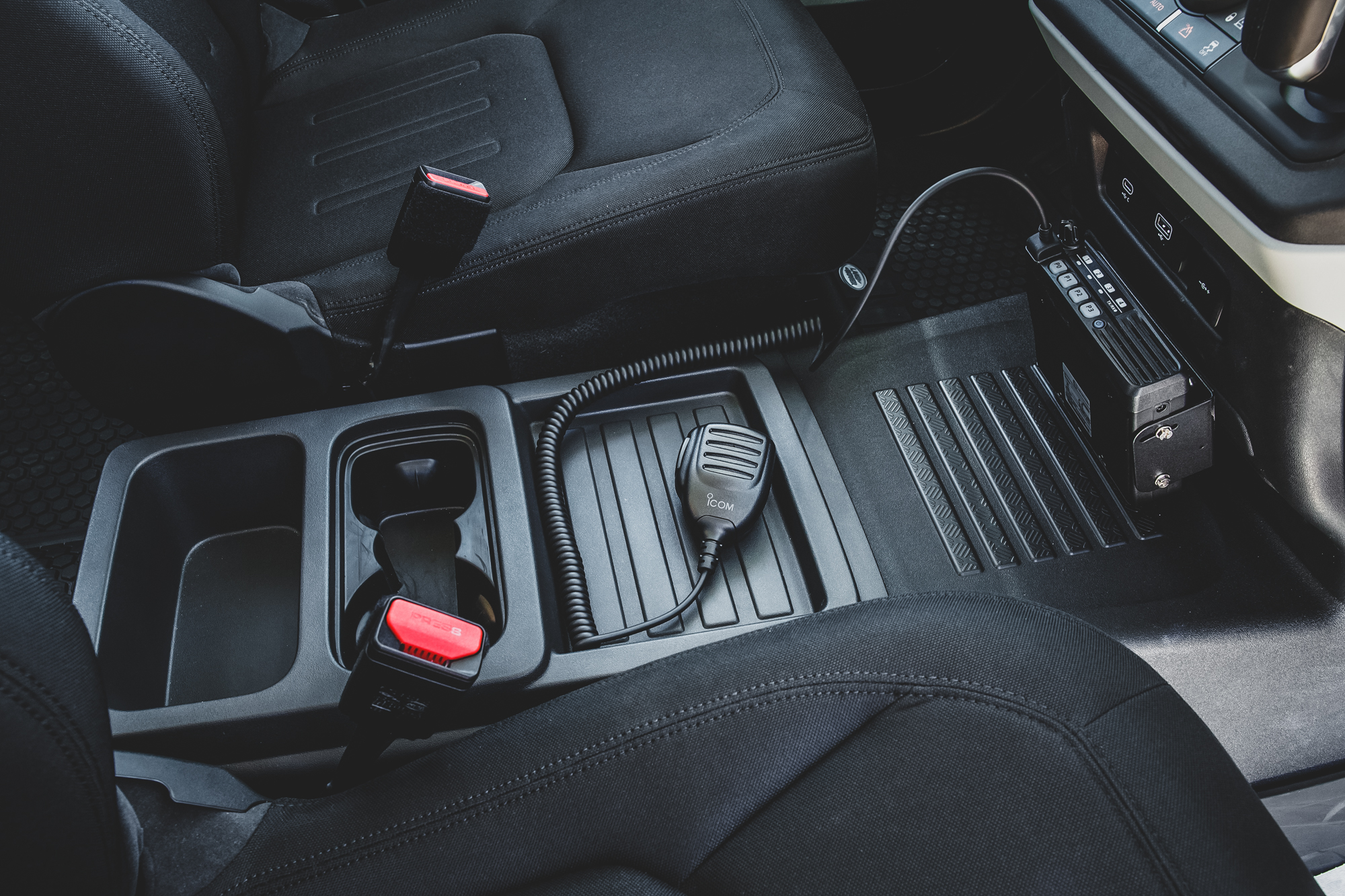