Back in May, we finally got to install the one thing that I wished for from day one.. Solar Panels! We purchased 2 of those cheap flexible 100 watt panels off of Amazon (Allpowers - it's Amazon's choice), along with 40 feet of cable and a nice el cheapo PWM solar charger. I hear what you're saying "Buy quality, b...blah blah blah" Sometimes you just gotta dip your toes in first to see how warm the water is.

We mounted the panels in aluminum frames to make it easy to angle them to the sun.

And then......before we even tried them out once we decided to have a set mounted on the trailer too, just to cover all of our energy needs. This way we can park in the sun and charge or park in the shade and still charge

We bought (Amazon again) 2 Unlimited Solar UFLX100 amorphous panels. These have a self adhesive backing that makes installation easy breezy.

Our daughters boyfriend (our new electrical engineer) helped me install them and wire them. So far they charge our batteries while driving, and parked in the sun very well.

With all four panels set out, we get shady coolness and power

Just when you think I'm all done, here I am, back again. After a successful 2018 camping season that found us in (variously) Virginia, North Carolina, South Carolina,Tennessee and West Virgina. We've added 2700 miles onto the trailer (17,800ish total since building) and camped another 20 days (158 total since building). Fun year, looking forward to this season!

Since spring has sprung we've continued doing improvements on the setup.

Beth has sewn a new stone guard (Australian style!) that has yet to be tested.

She's also working on a new awning to go over the kitchen. We currently use a Kelty tarp with a home grown framework to run the tarp from the kitchen to the EZ Up. This gives us plenty of shade/rain coverage, but the new one will be much more elegant in design. More on this later

I've installed a fresh set of Cooper Discoverer ST Maxx tires in the oh so Expolicious size of 255/85/16 to match the ones we've had put on the Wild Crow. (Yeah, I bought 7 tires at once and will rotate trailer tires and spare as we go...)

To go along with the solar panels we added last year:

I rewired the solar panels. They now go into the tongue box on their respective sides and tie together under the lid so all the Y connectors are now out of sight. This gives a much neater appearance to the solar setup. I also replaced the original (and Jim Cricky ) power port we installed for shore power Wiring after adding solar panels, it's a mess on top of the tongue box 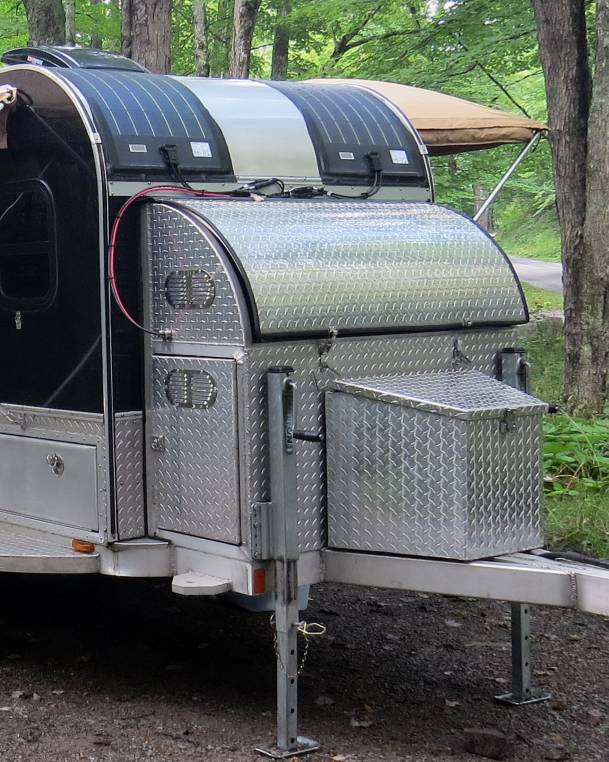 Inside with the Victron MPPT 100/30 Smart Solar controller

It was a pretty simple swap to go from the very entry level (ie inexpensive) PWM to a more (so they say) efficient MPPT. This particular model is bluetooth so I can keep tabs on solary happenings with my phone

I also sprung for the Victron BMV712 battery monitor. Also a nice bluetoothy item so I can easily keep track of our energy depletion/repletion as we camp in the sun or shade. I managed to bend up a little bracket out of AlUminYum to mount the monitor next to the charge controller.

I hear what your asking about. Why would anyone spend so much money and time to monitor two cheap arsed walmart batteries? Well, it's like this, those cheap arsed walmart batteries (which have been replaced once already in 6 years since first use) are being replaced again. We've gone and purchased one of those fancy schmancy Battle Born LiFePo4 (lithium) batteries. I figure for the moolah spent on the battery I damn well better know what's going on with it.

The original two batteries. They are Walmart specials and together they weighed 115lbs. New they provided roughly 200 AH but being lead acid that only nets 100 AH when you can only safely use 50% of your energy. After 2 years of service they drop to 80% once unplugged from shore power.

The new battery is a 100AH Battle Born LiFePo4 unit, coming in at a svelte 28 pounds.

Instantly dropping our tongue weight by 87 pounds. I'm happy with that fur shur. I believe since the BB has 100 useable amp hours it should replace the two batteries easily. If we find this one is lacking in sufficient capacity we can always add another and still save some tongue weight. Our tongue weight is now down to 370 lbs, from a previous of 460, and an original of 600 (remember, we moved the axle forward and brought it down that way)

Those panels look great. They seem to have dropped off of Amazon. What did you pay for them? I'm focusing in on Renogy's flexible panels.

I think LiPo batts must have gold plates...

Teardropper said:
Those panels look great. They seem to have dropped off of Amazon. What did you pay for them? I'm focusing in on Renogy's flexible panels.

I think LiPo batts must have gold plates...

You know I don't even remember for sure. It was something like 250 each. I'd have to research that for the actual.

jim65wagon said:
The refrigerator is a front opening Norcold DE-0751. Go ahead and tell me how much less efficient it is than the chest style and how the cold air drops out when you open the door. It operates on 12v or 120v, has the same compressor as the chest refrigerator, and keeps the food cold. Plus we don't have to dig through layers of food to get the stuff we want. Besides, if it's good enough for the yachting crowd it's good enough for us!
Click to expand...

I'll be doing the same thing this summer.

Looking great. Lots of good and useful additions since the last time I checked out your build. I am glad you guys are getting so much use out of this trailer setup. I really like what you did with the solar wiring and the battery / MPPT stuff. I have been looking at those Victron units at the local Marine store not far from me. Very nice well made kit... and pricey! But as they say, you get what you pay for.

Well, I started this thread back in 2011, at that point we were about 3 years into our 10 Year Plan. It has become a 12 year plan, but all our planning, work, building, saving has paid off. Earlier this month we sold our house and hit the road! We will be living in the teardrop for the next year or so! I love it when a plan comes together!

We've started a travel blog to document the journey. If you want to follow along you can find it at

Thank you all for the support!

Wow.. big changes for you guys indeed. Congratulations and stay safe out there!

I applaud you and the wife. You are going for it!
Your efforts are inspirational. 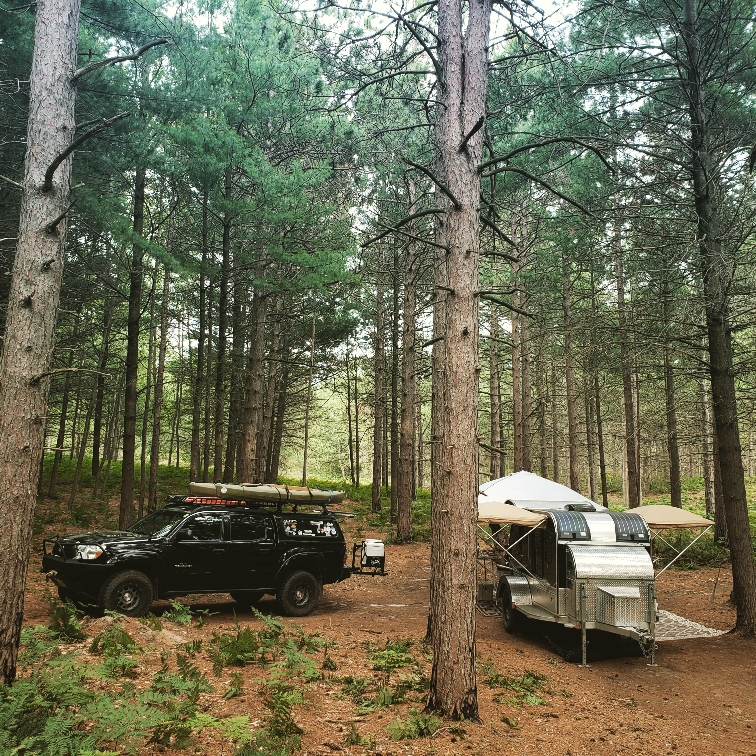 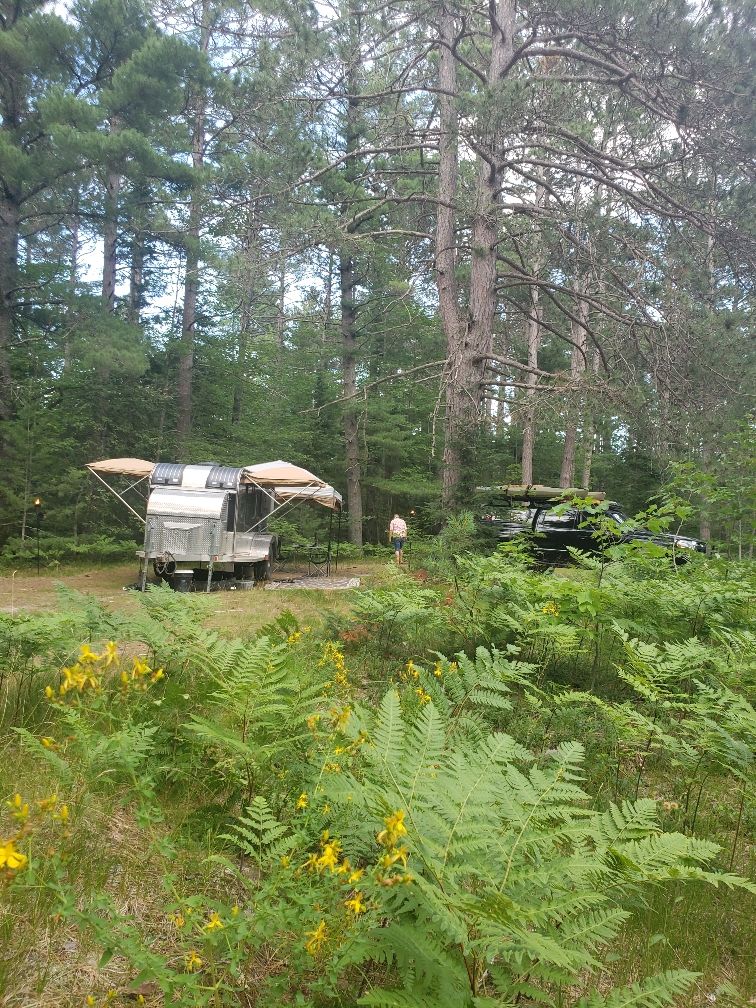 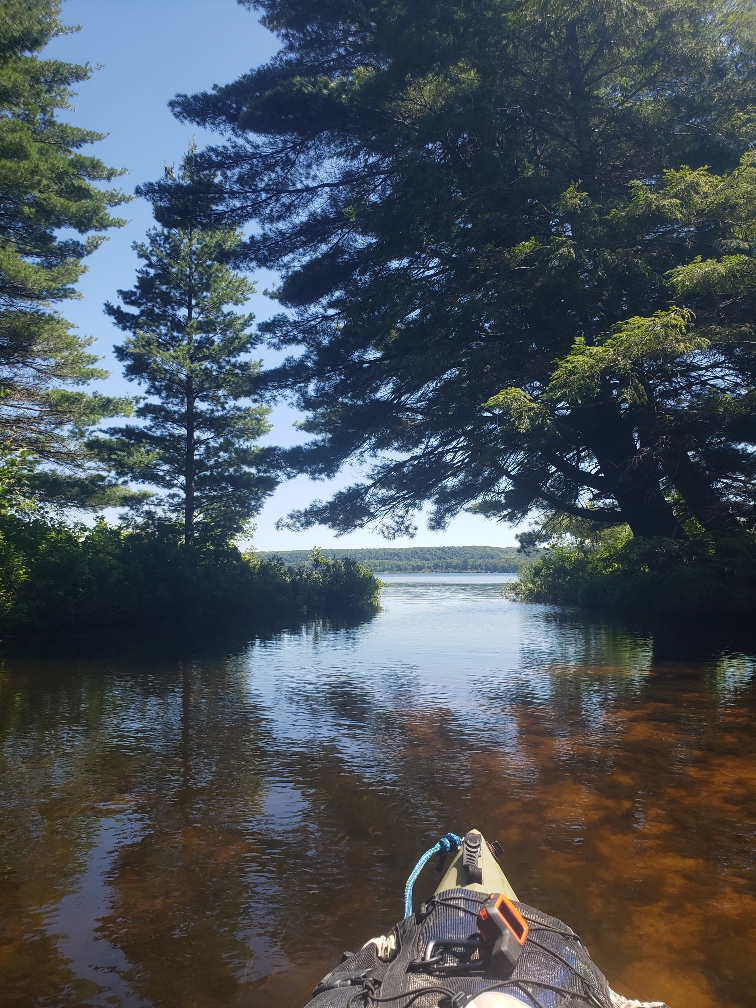 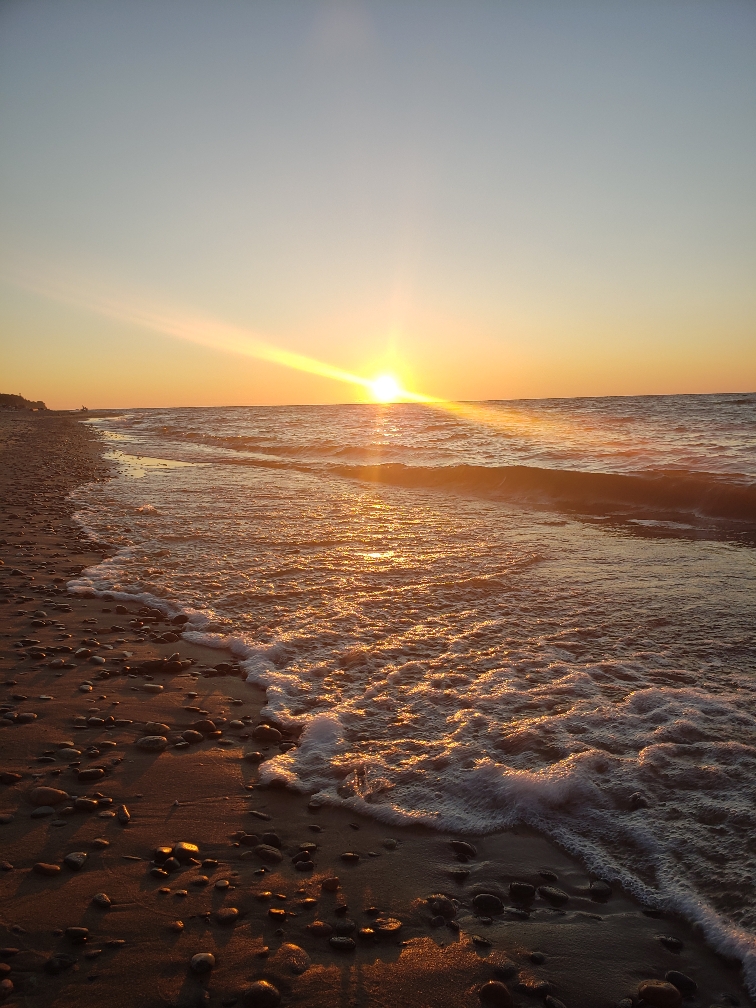 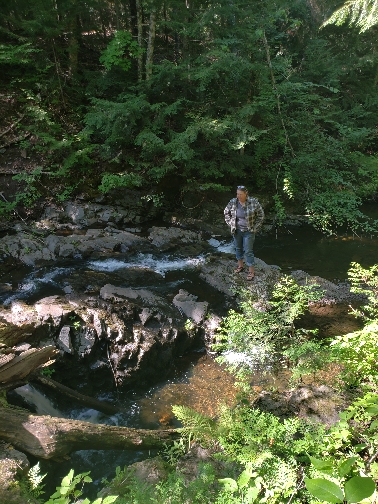 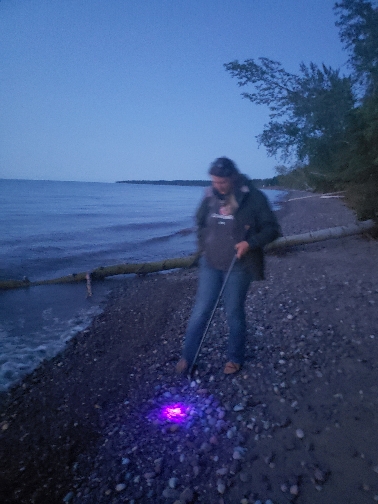 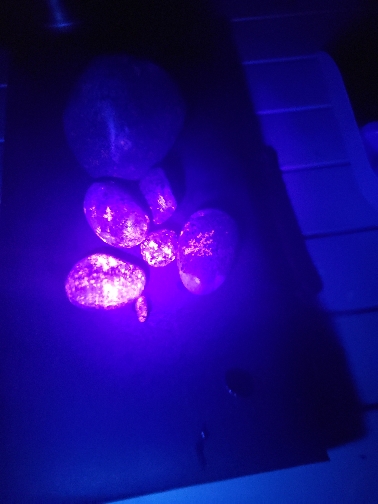 Traveled into Wisconsin and caught fish for dinner 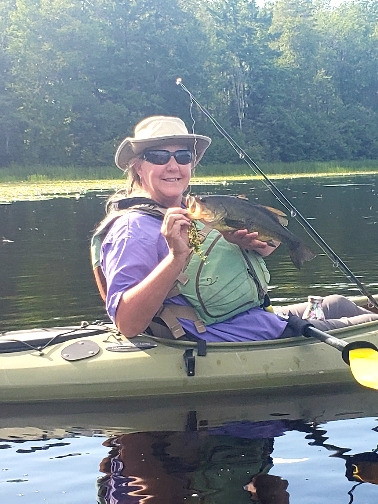 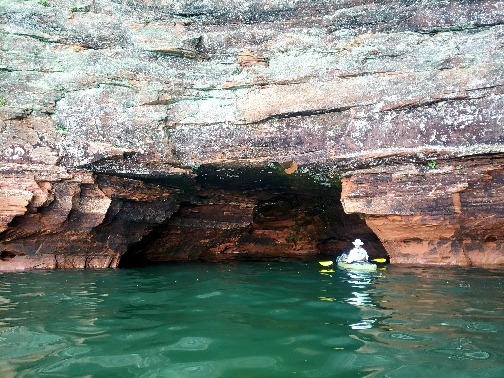 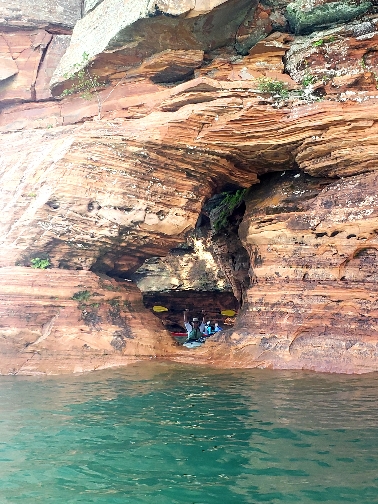 Moved on to Minnesota. First camp was Greer Lake Campground. 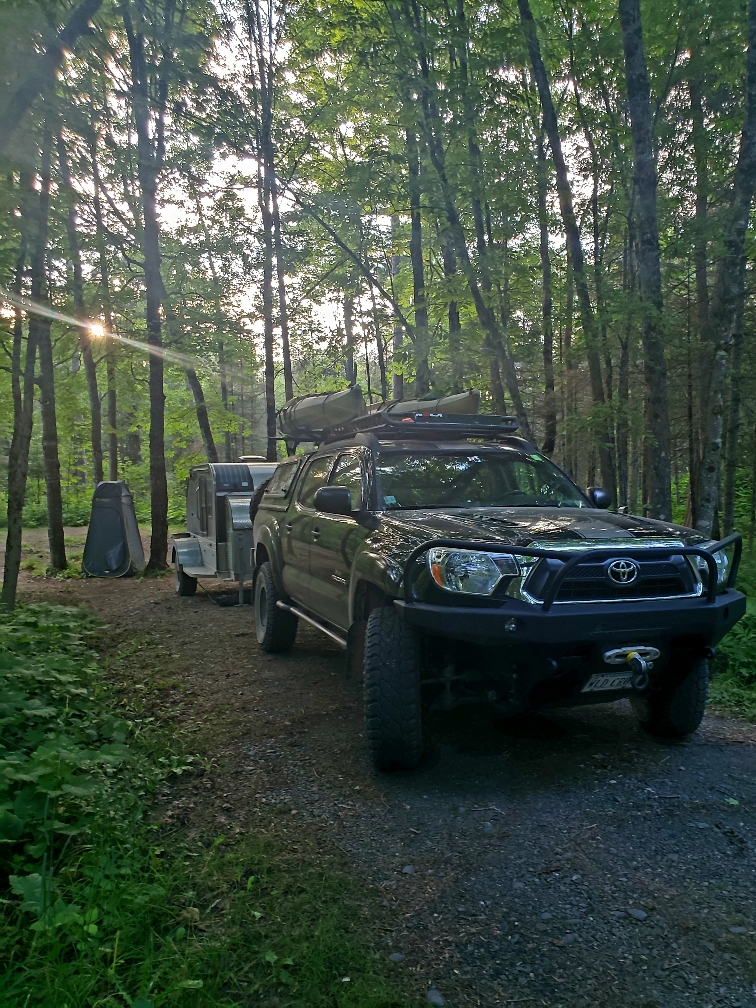 We floated the Mississippi River and Crow Wing River 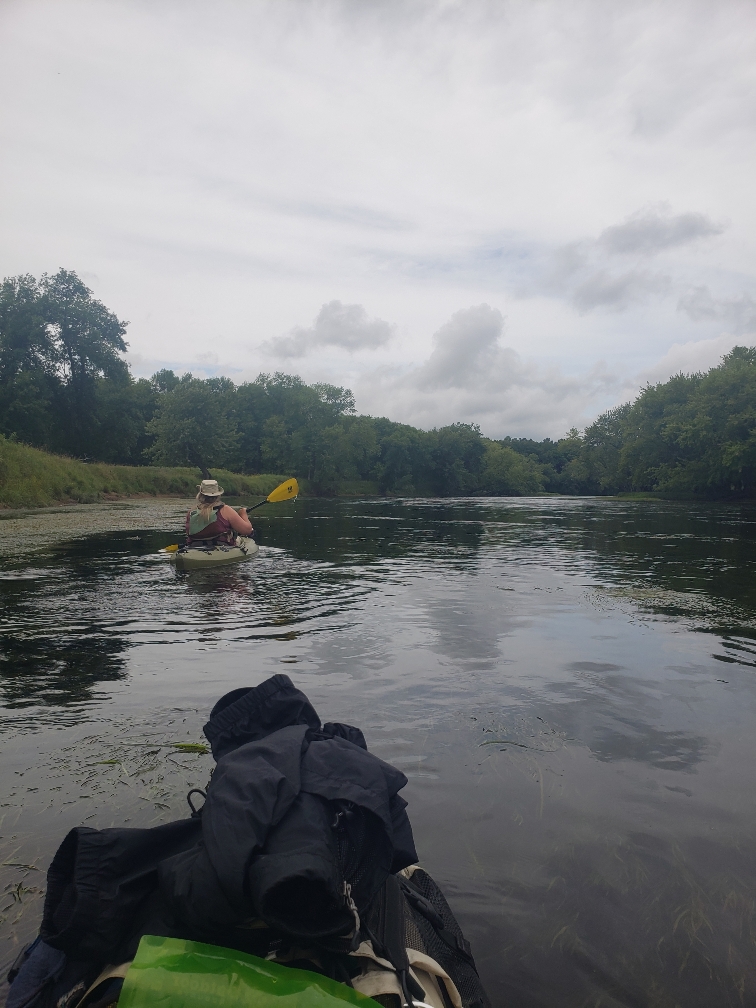 Wanted to add an S into all the signs 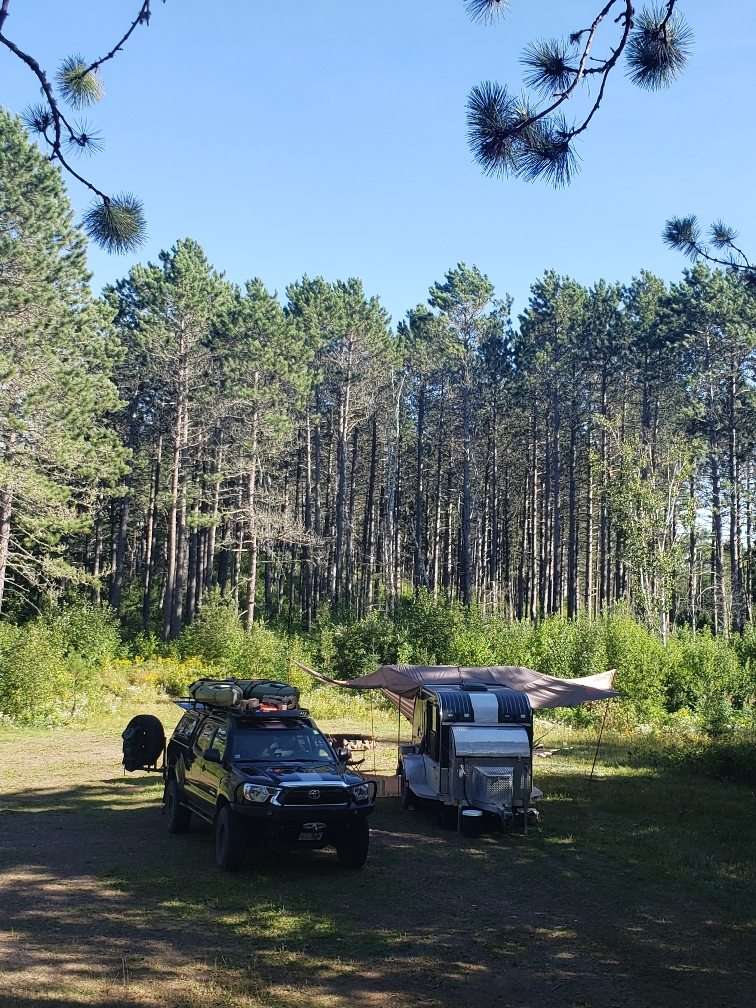 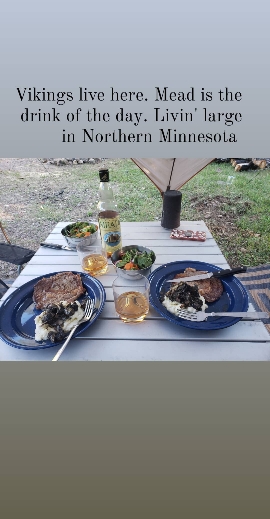 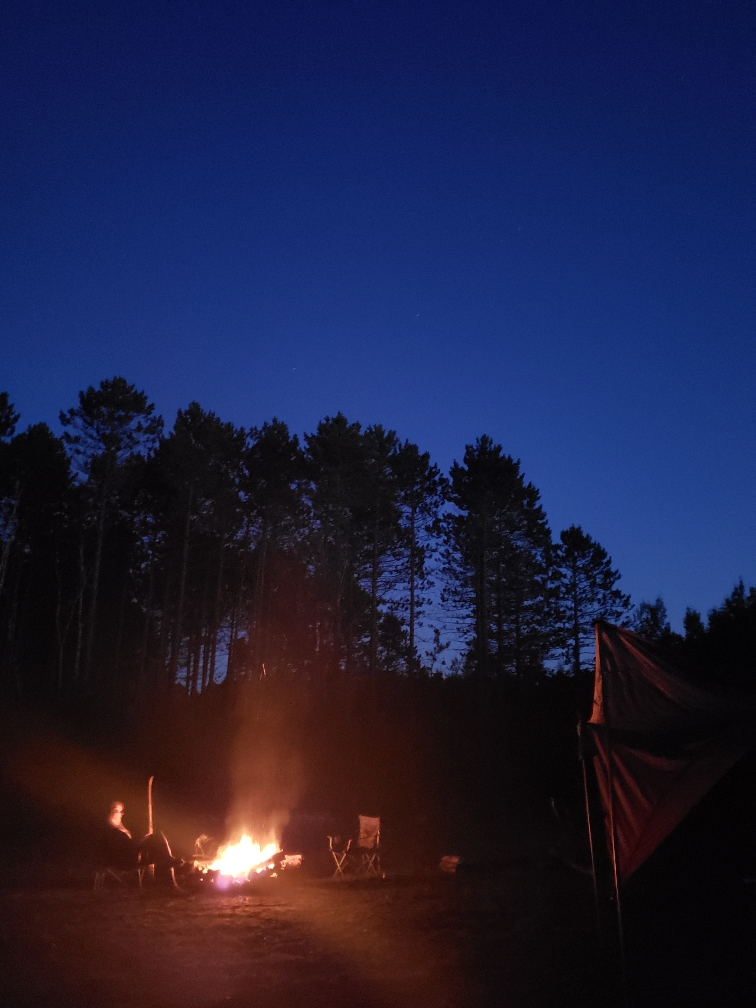 Minnesota was nice but the mosquitoes and stable flies were vicious! 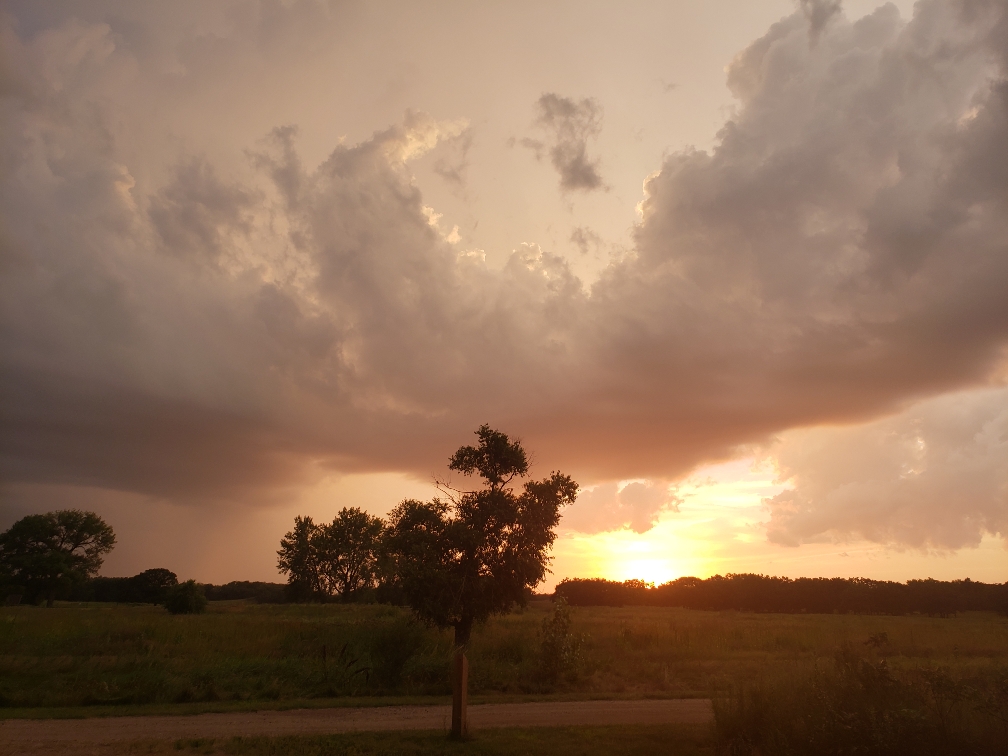 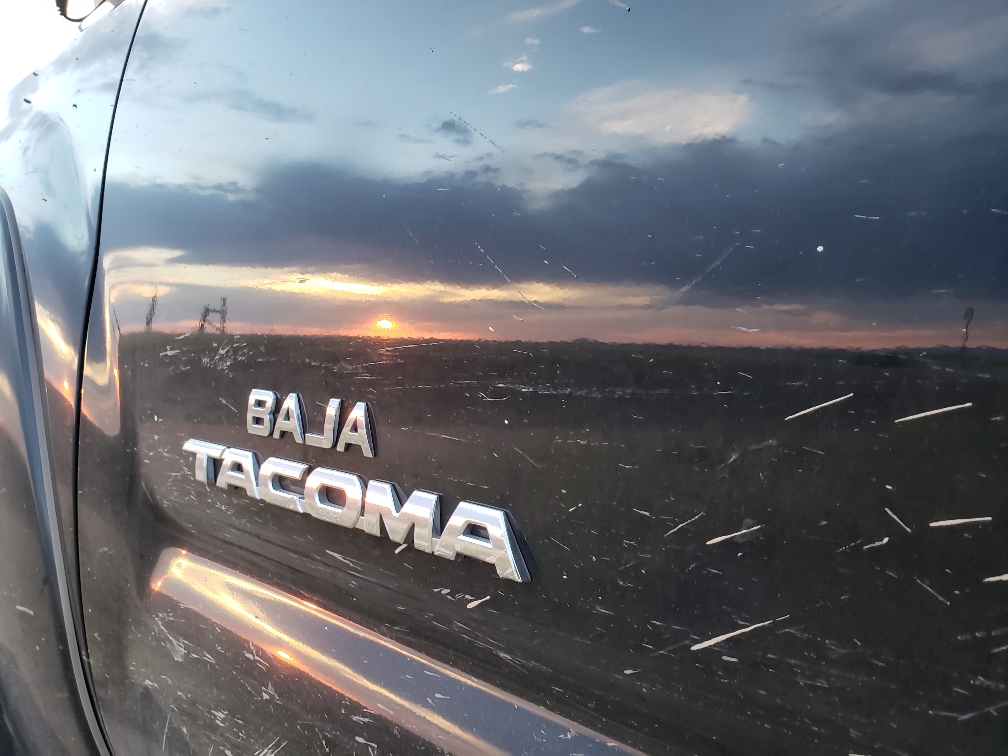 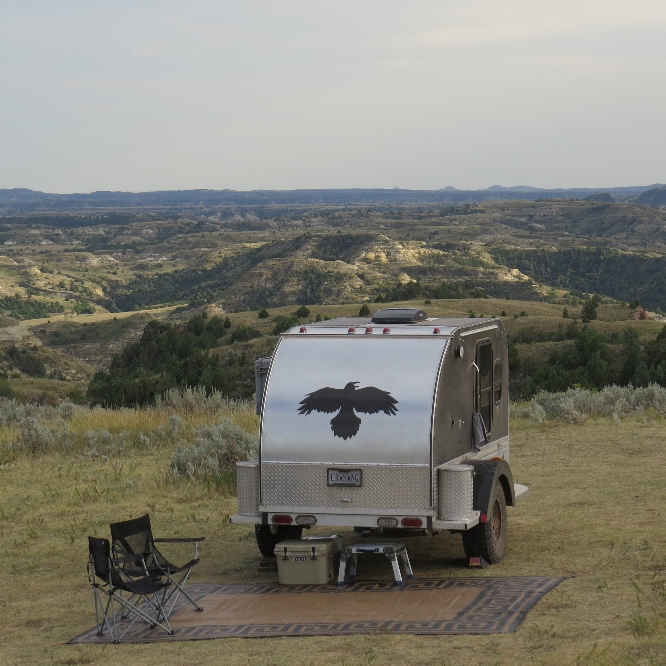 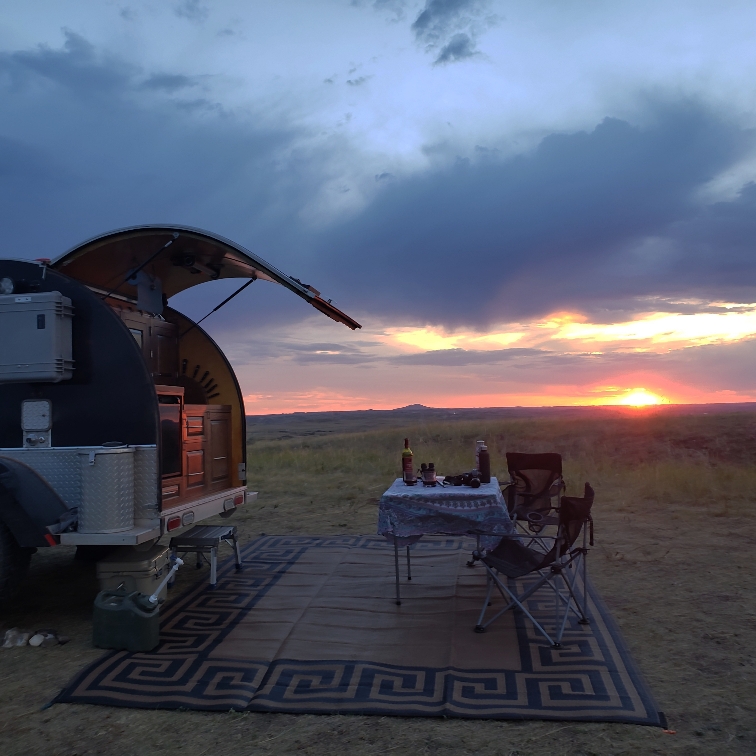 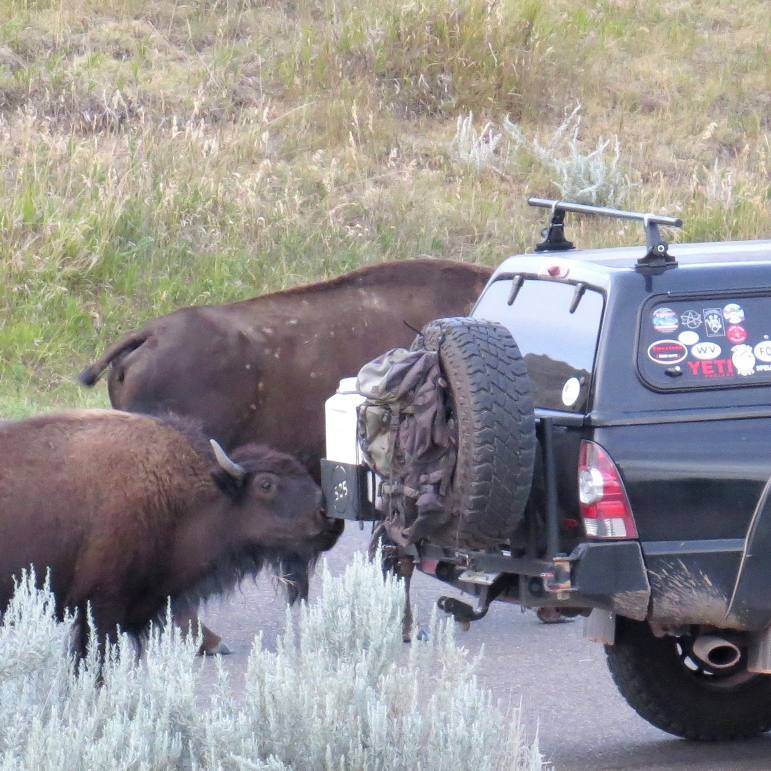 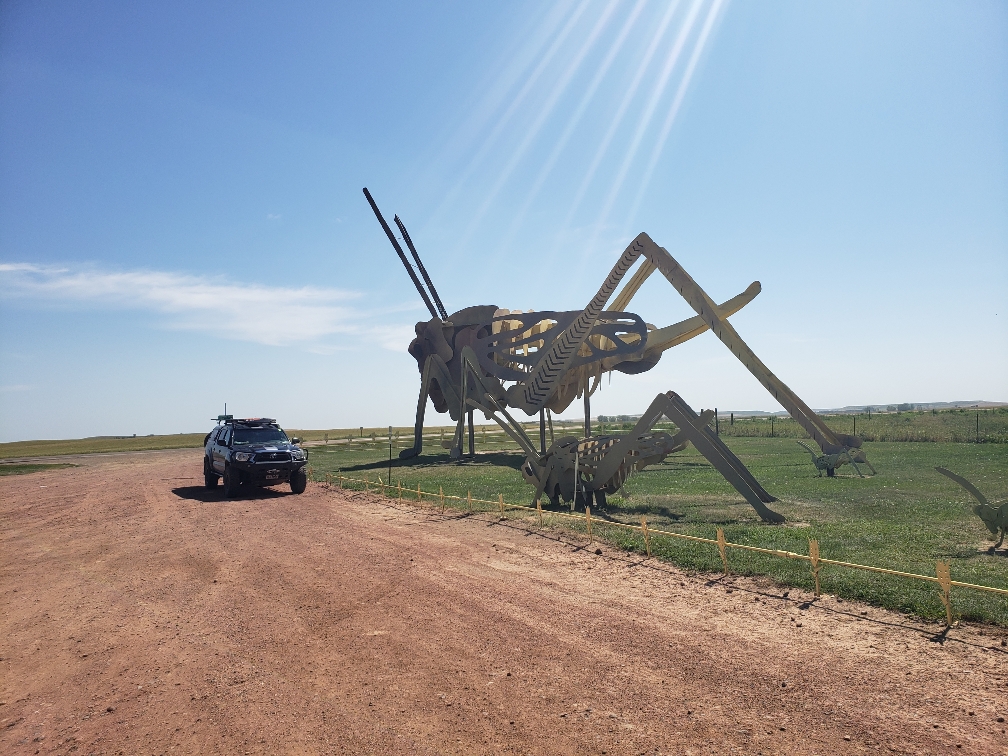 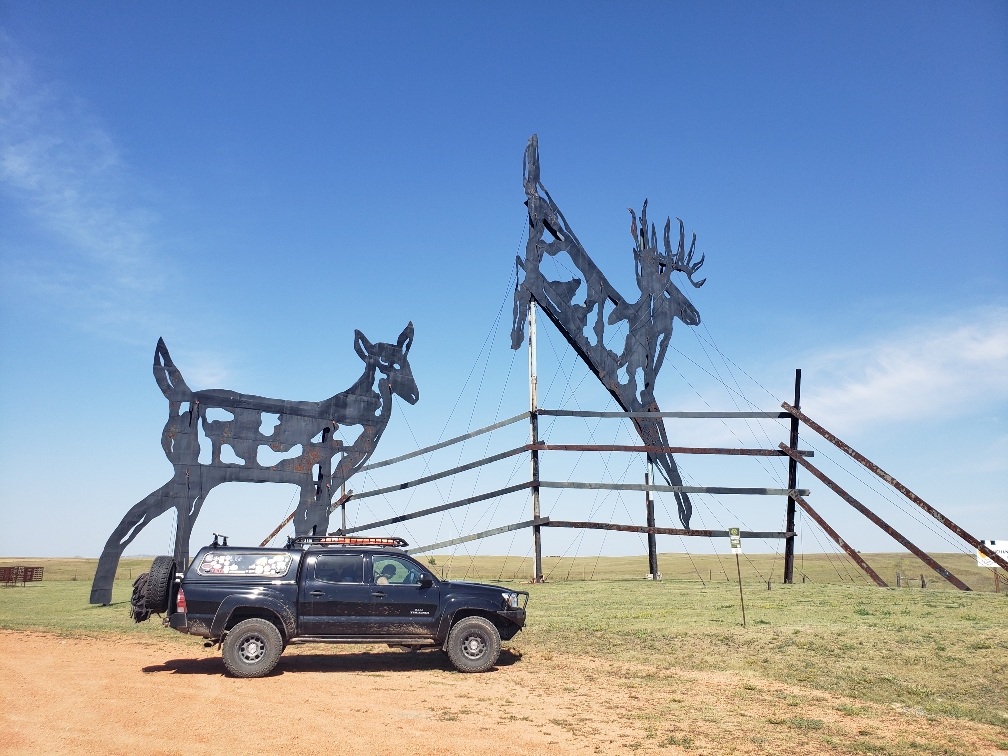