Show us your Toyota 4runner, tacoma or truck.

My se up is pretty basic with no end goal. Only real plans is upgrade battery and add a hidden winch and some sort of bed cover.

Can't wait to get my hilux! 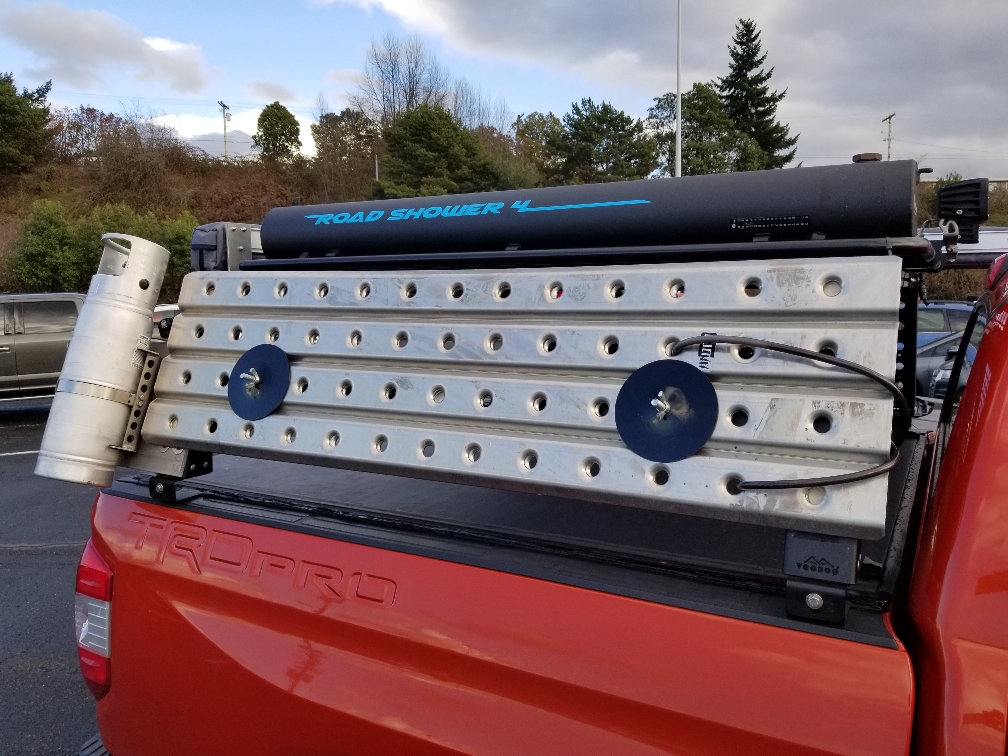 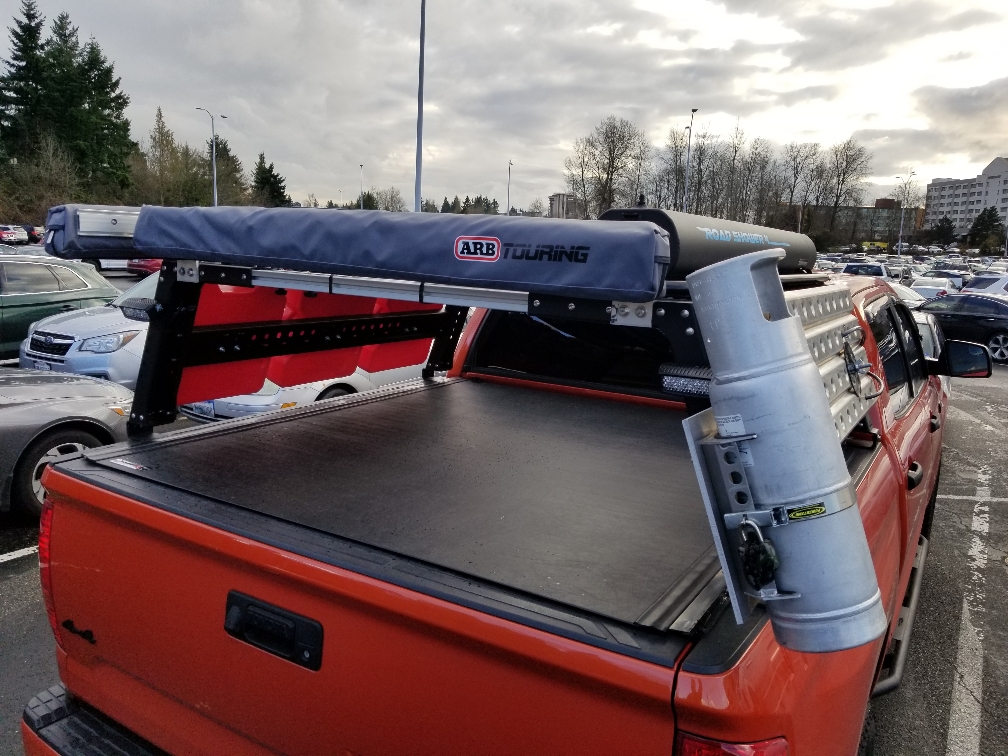 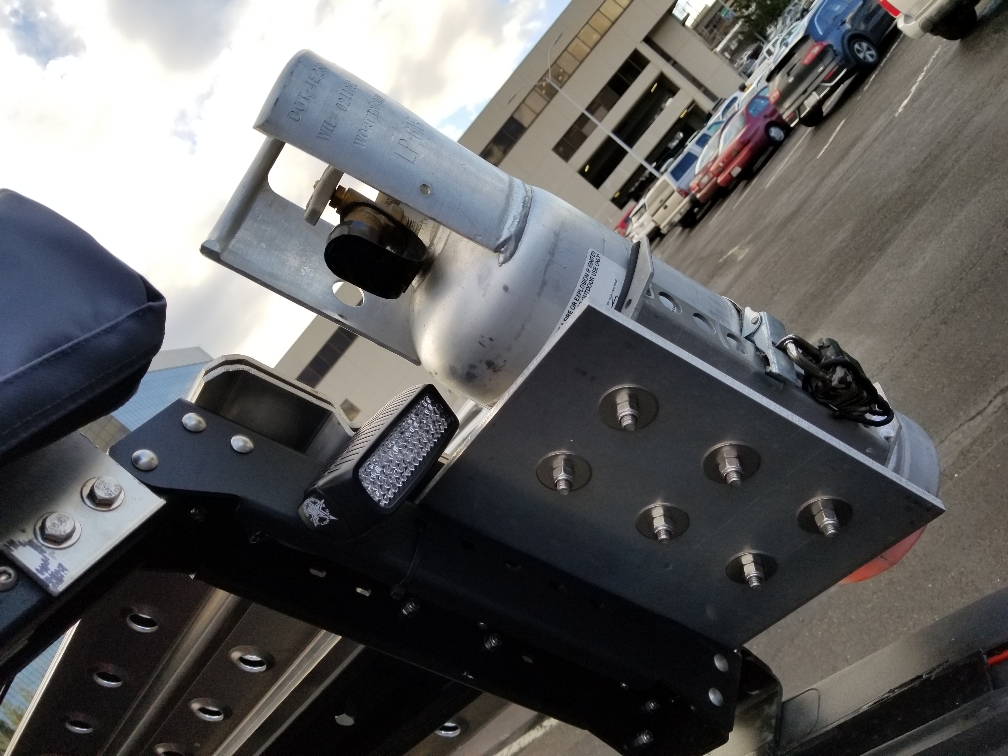 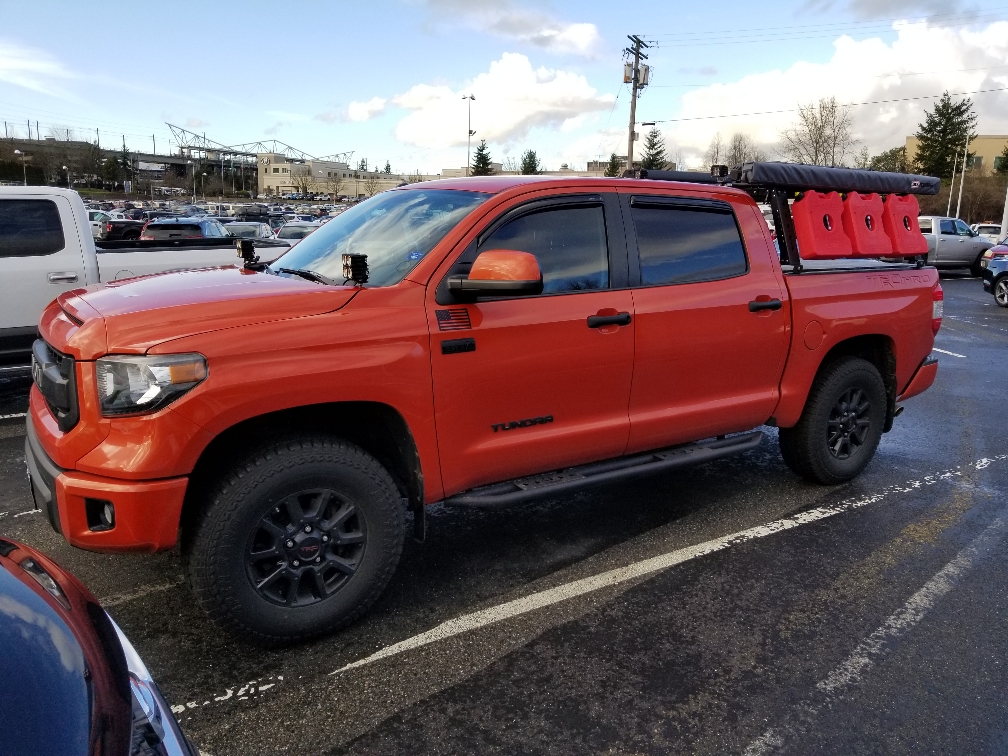 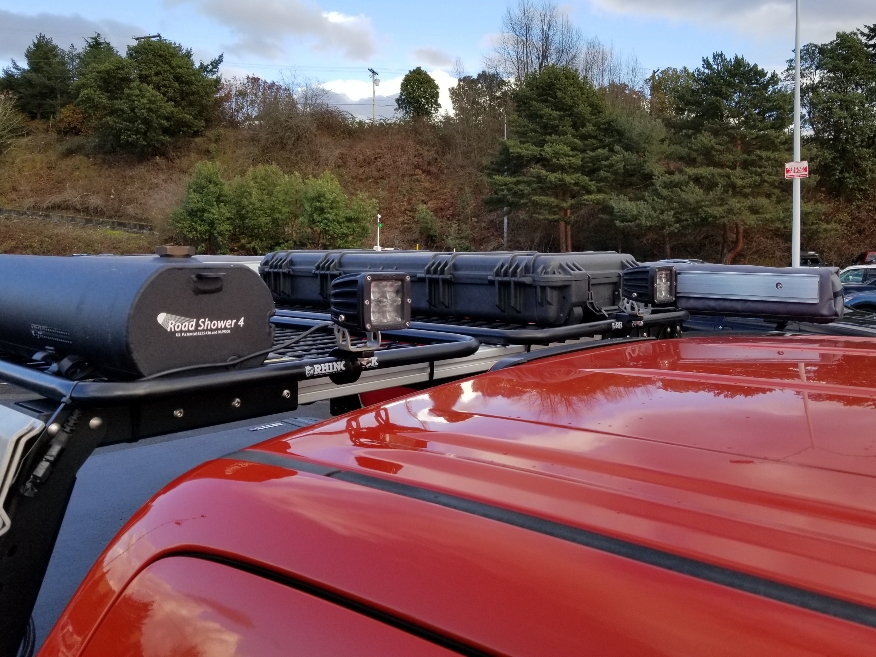 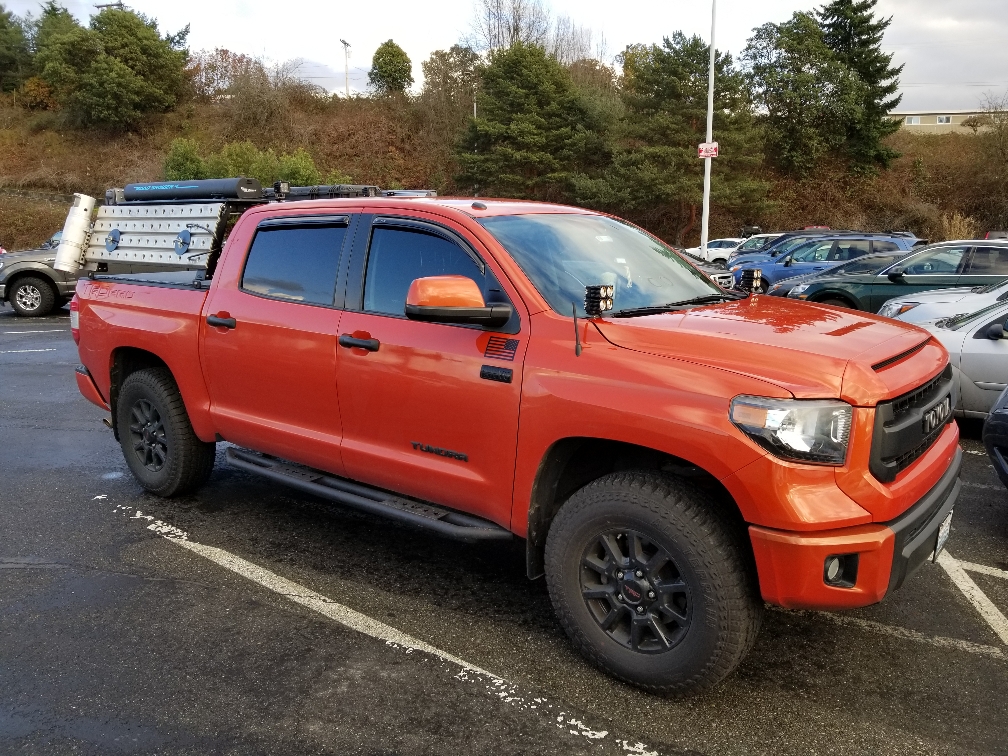 What traction boards are those,??

wanderer-rrorc said:
What traction boards are those,??

Sent from my moto z4 using Tapatalk
Click to expand...

Long-time reader of Ex-Po just getting back into this after a few years. Until recently, I haven't had a project vehicle for a while but have appreciated all the ideas and tech here. It's been a great site for daydreaming and brainstorming.

I had a 1996 T100 for almost 20 years and a quarter of a million miles---SAS, 37s, air lockers, FROR full float conversion, on and on. Time, money, and space finally conspired against me, and I sold it. The photo below is about 6 months after that. I warned the buyer MTs were not a good commuter tire for the Seward Highway in winter, so he replaced my Pitbull Rockers with the set of the Toyos you see. Go figure.

On a pretty tight budget after letting go of the T, I spent several years pushing (punishing?) a reconstructed 2000 Rav4 to its limit---stock, no mods other than four zip ties holding in the grille, a fly patch velcro'ed to the headliner, and some milk crate storage.

It started to really tire out this winter, though, and I wanted back into a Toyota truck. I found this well-cared for, slightly mod'ed, and reasonably priced 2007 Tundra a couple of months ago and pulled the trigger---5.7, standard cab, 6 ft bed, SR5, 4 in lift, rear airbags (manual), 35x12.5 ExoGrapplers (also not great commuter tires, but at least they're 3-peak rated and studded; back to Nokians next winter), Fab Fours bumper (meh, kind of a boat anchor but will take a winch readily). New beginning.

First thing I need is a recovery system...actually, the first thing I need is rid of the Clemson decal in the back window. From there, we'll see. There's lots on the list besides recovery gear and replacement decals---airbag controls in the cab, gears and lockers, snorkel, better sliders and skids, a habitat of some kind, whatever else I haven't thought up yet---although, it won't be terribly quick. My budget still isn't so solvent that I can just kit this thing out in one fell swoop. Plus, I'm still cool with tenting it in bear country, and as-is this will get me back into some old fishing holes I haven't been able to reach for a while with just the Rav---priorities.

aknightinak said:
Long-time reader of Ex-Po just getting back into this after a few years. Until recently, I haven't had a project vehicle for a while but have appreciated all the ideas and tech here. It's been a great site for daydreaming and brainstorming.
Click to expand...

My wife and I love seeing fellow Alaskans on the site. Looks like the T had a wheel fall off or a lower ball joint failure. That Picture of the Rav looks like its just off the Parks Hwy just a bit north of Denali Park and Kudo's on the New Tundra. I've always wanted one of the single cab 5.7. Less Weight, more power. We're in Fairbanks. Cheers!

Good guesses! The T got ravaged fairly well---sideswiped by a minivan that was trying to pass on a curve, which tore a wheel off the rear and broke the long-side tube off the Dana. I got a call from the guy who bought it to come to the yard the next day and help determine what was salvageable, and it wasn't much after it slid to a stop in that turnout. I'm pretty amazed no one got hurt. The Rav is up Windy Creek off the Denali Highway right before the trail turns right to contour around the valley, a few weeks before my buddy went up to do the bike hunt thing. I'm liking the Tundra a lot, but yeah, it's a lot of power to weight to get used to after owning 4 and 6 cylinders for years.

This is my 18’ DCLB Sport, it replaced 07’ DCLB about a year ago after it was totalled in an accident. Been a while just want to add a update if anyone cared to see, also have some more on instagram @1stgensplusmore. Tried to post my 13 runner but the file was to big

ramon_lopez50 said:
Been a while just want to add a update if anyone cared to see, also have some more on instagram @1stgensplusmore. Tried to post my 13 runner but the file was to big
Click to expand...

Not it's most flattering angle but I really like the Fj steelies I just put on.