LA, Denver, Alaska, Inuvik and back - 5 months with a Land Cruiser FZJ80 (Pictures!)

I love the pictures.
S

Excellent reporting and most definitely worthy of my first post here! Hoping to see some more updates.

I just spent the last hour or more reading this report.
What a great time you had. I'm dying to go to Toroweap someday. I just got back from Sedona 6 months ago, and it was beautiful, but that spot looks amazing.
I just lost my father 4 months ago and wish I could have taken one more trip with him... cherish that time together, because next thing you know, he's gone.
I was lucky in that when I was very young, we got to travel around Central and South America together.

I thank you all very much for your kind words, that's really motivational.

And sorry for my lack of writing, live can be stressful sometimes..

After spending a wonderful time in Yosemite NP I drove all the way up to Montana and ended up at the National Bison Range. It's a wildlife refuge with a roaming Bison herd and other animals in it. A road takes you through the park as a loop and unfortunately, you're not allowed to leave the car. luckily though, most animal can be seen from the road.


At the beginning of the loop with the Mission Mountains in the background. 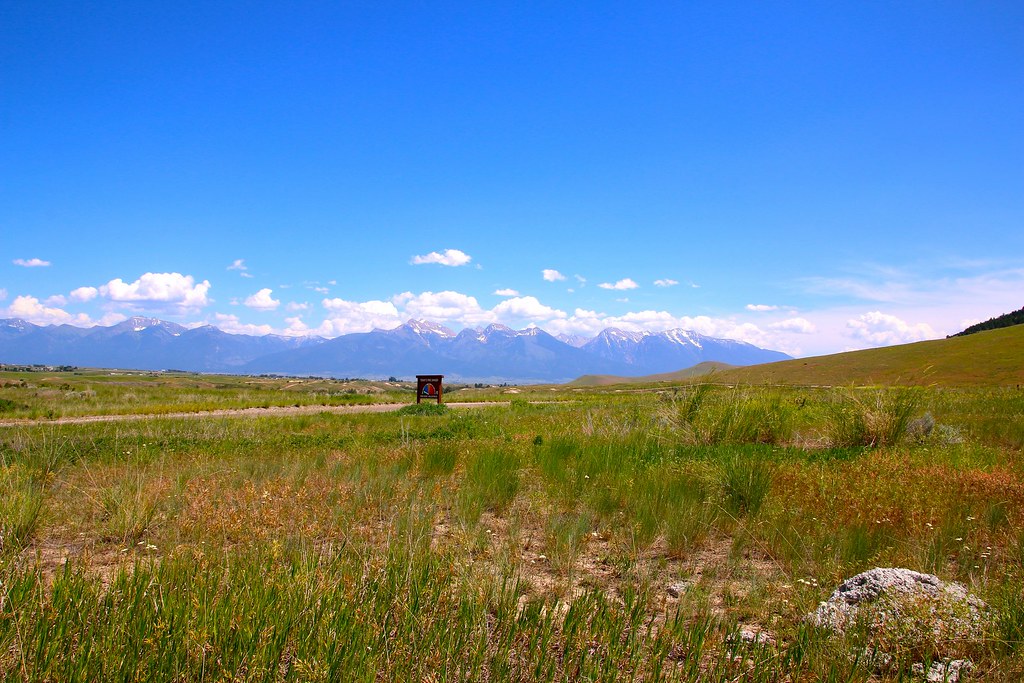 A Pronghorn along tho road. 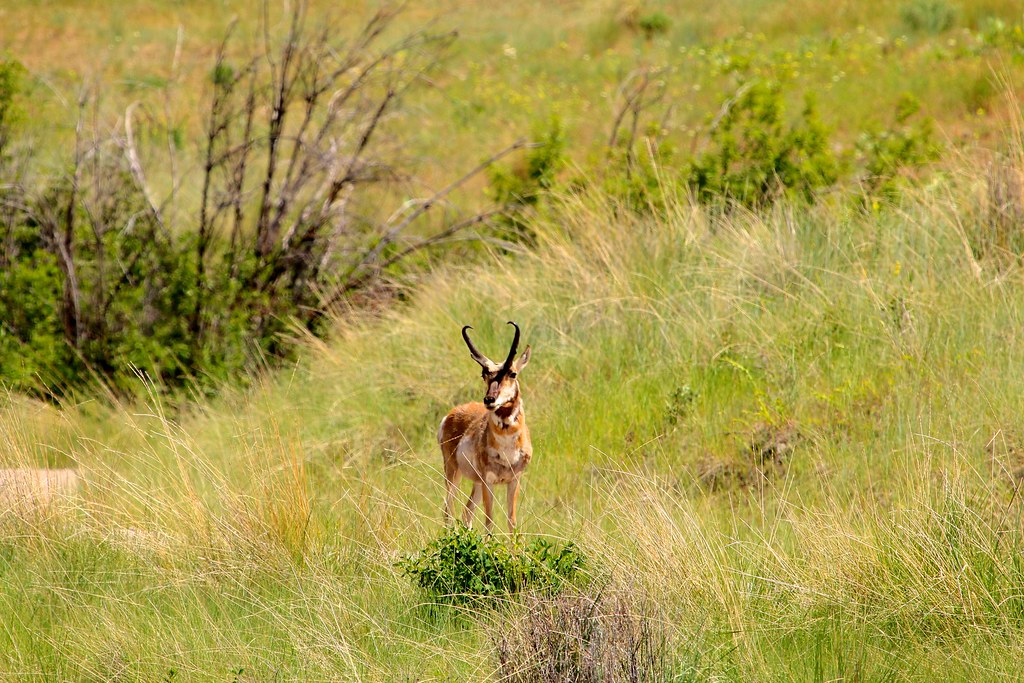 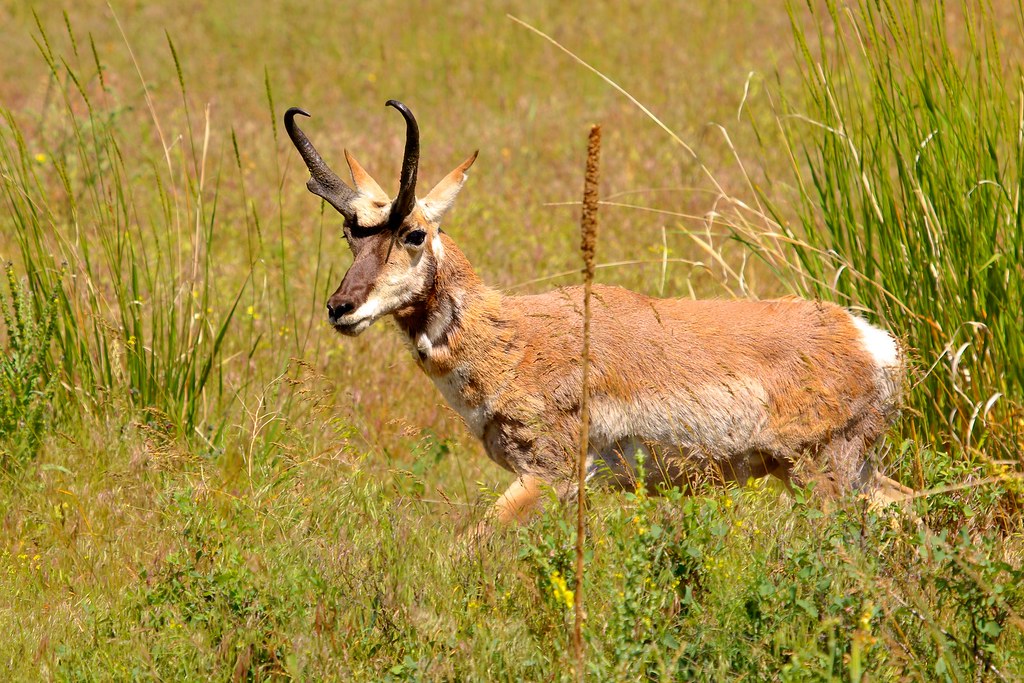 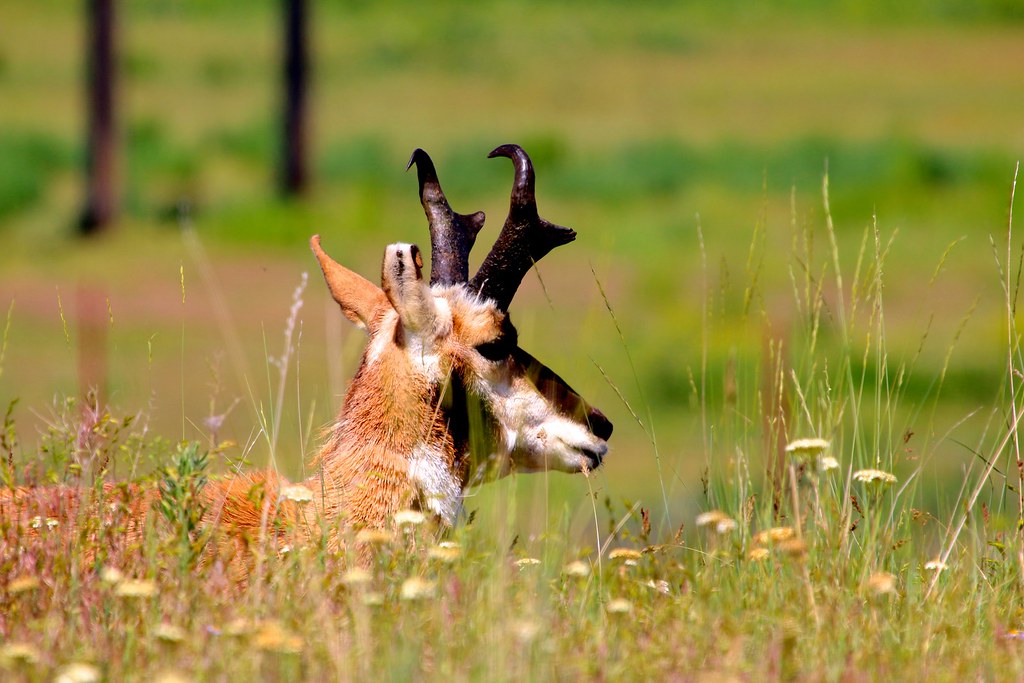 And then finally! A real Bison almost next to the road. They're just massive! 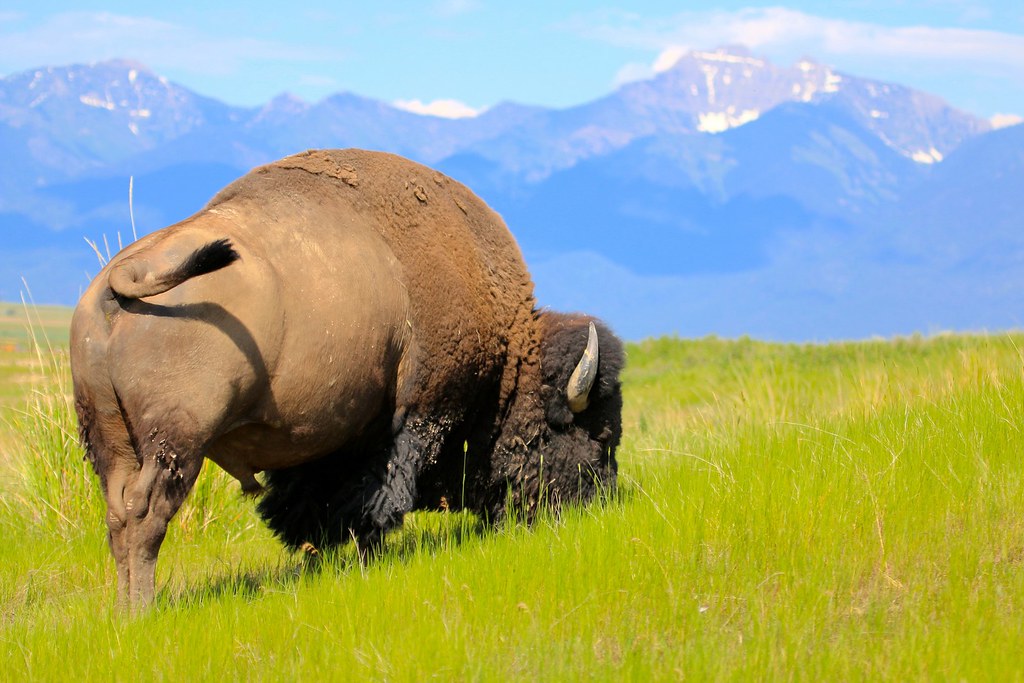 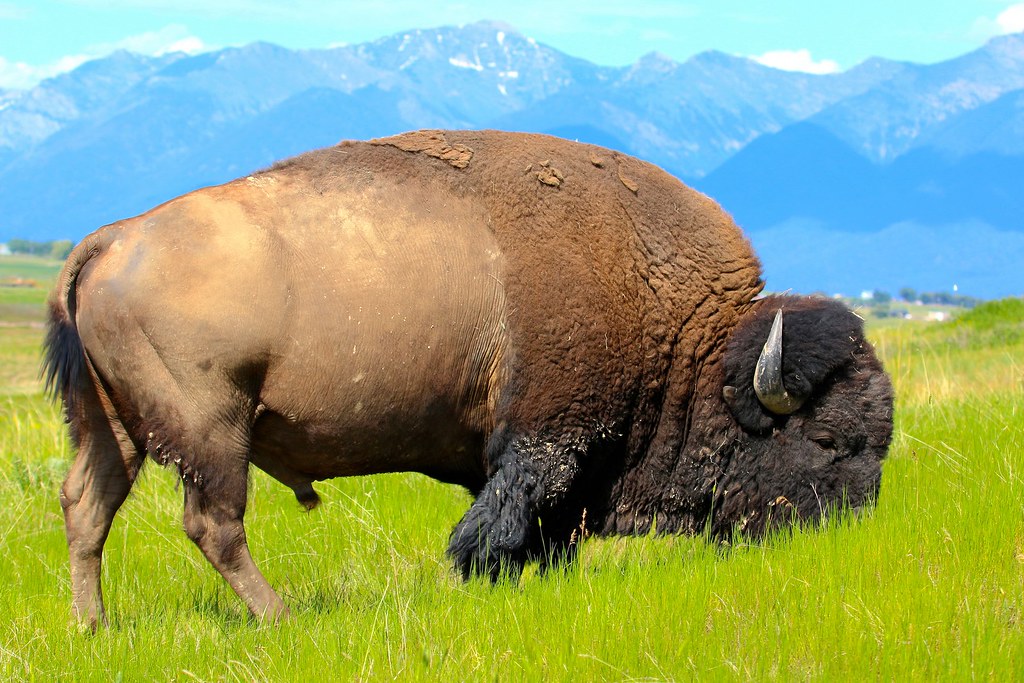 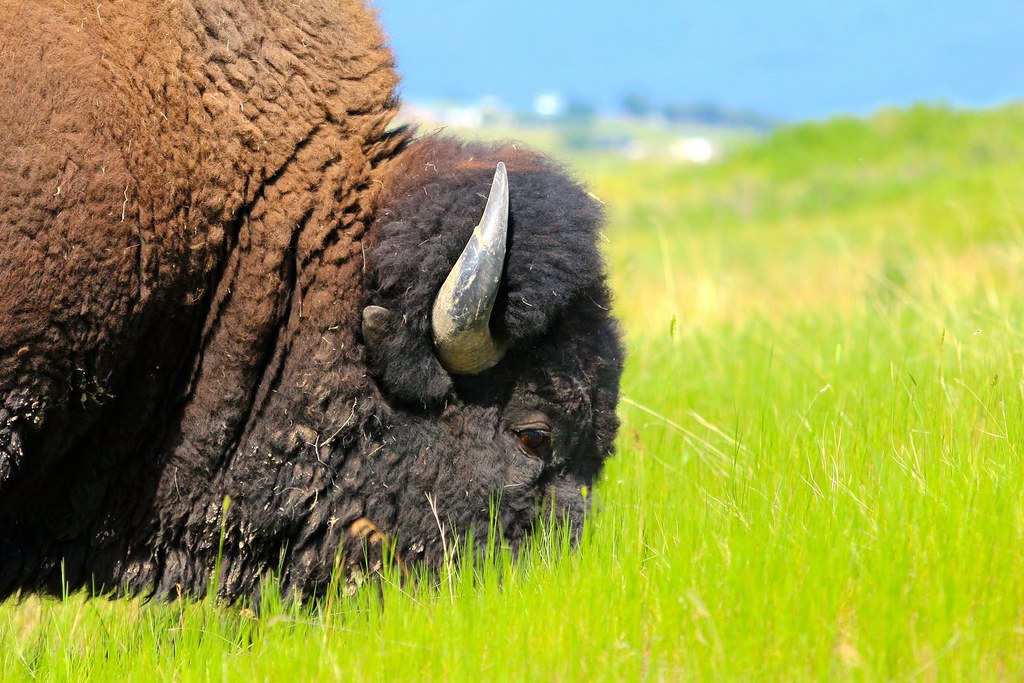 I then spent a couple days in Kalispell, a nice town just north of the Flathead Lake. The Land Cruiser received some fresh oil and it was also time to replace the belts wich I carried with me as spare parts.
The weather was perfect and I hit the road towards Glacier NP. There's one narrow park road, called Going to the Sun Road which was only open until Logan Pass, about halfway of the road. 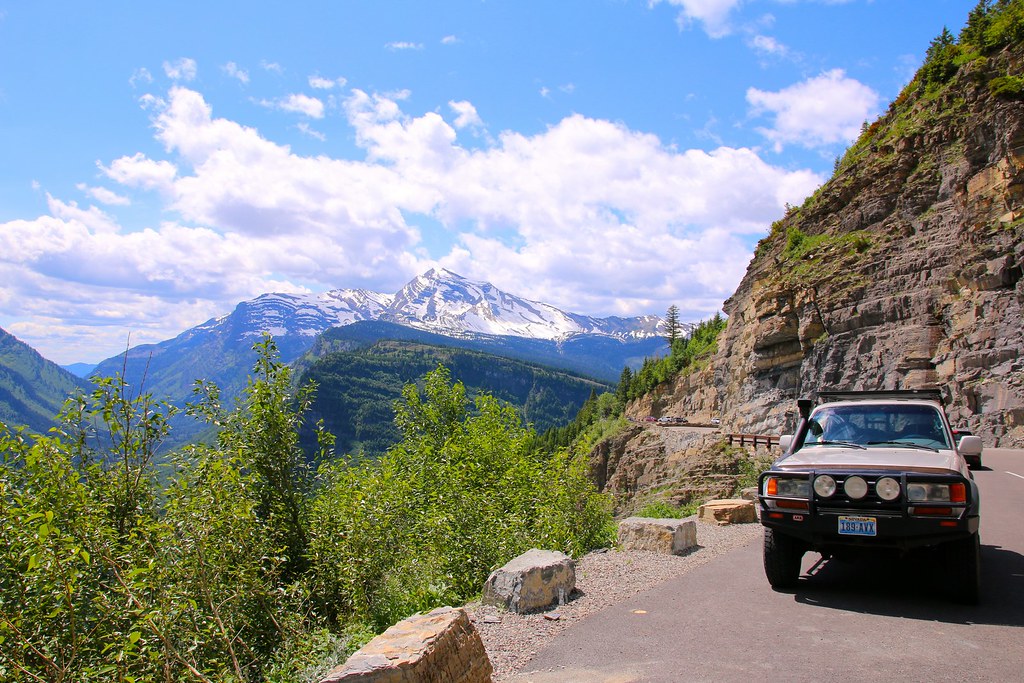 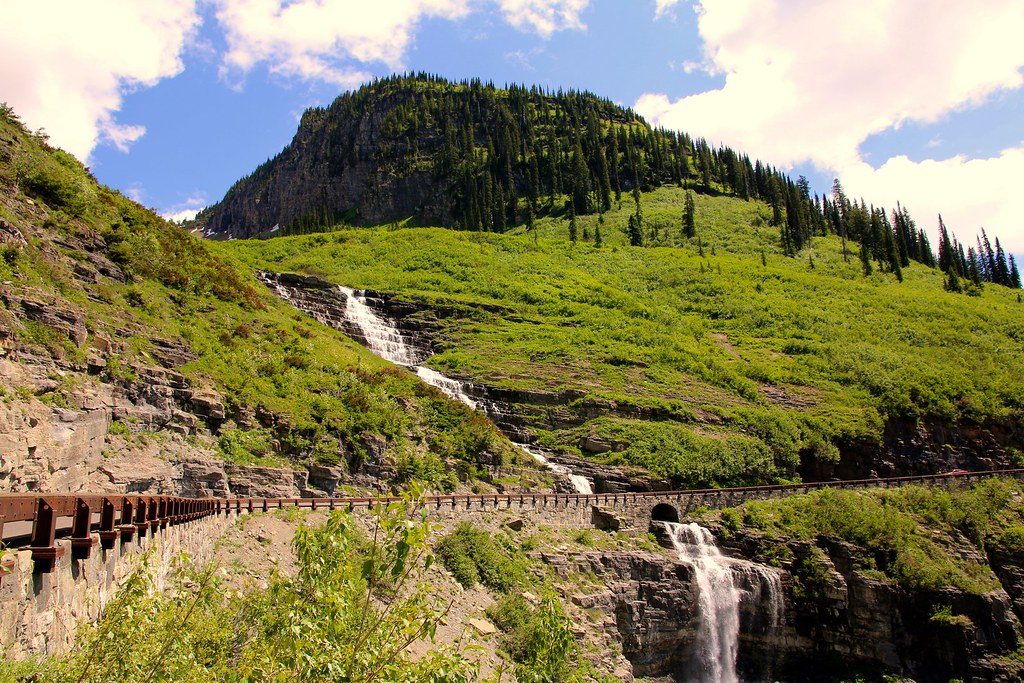 The scenery was absolutely beautiful 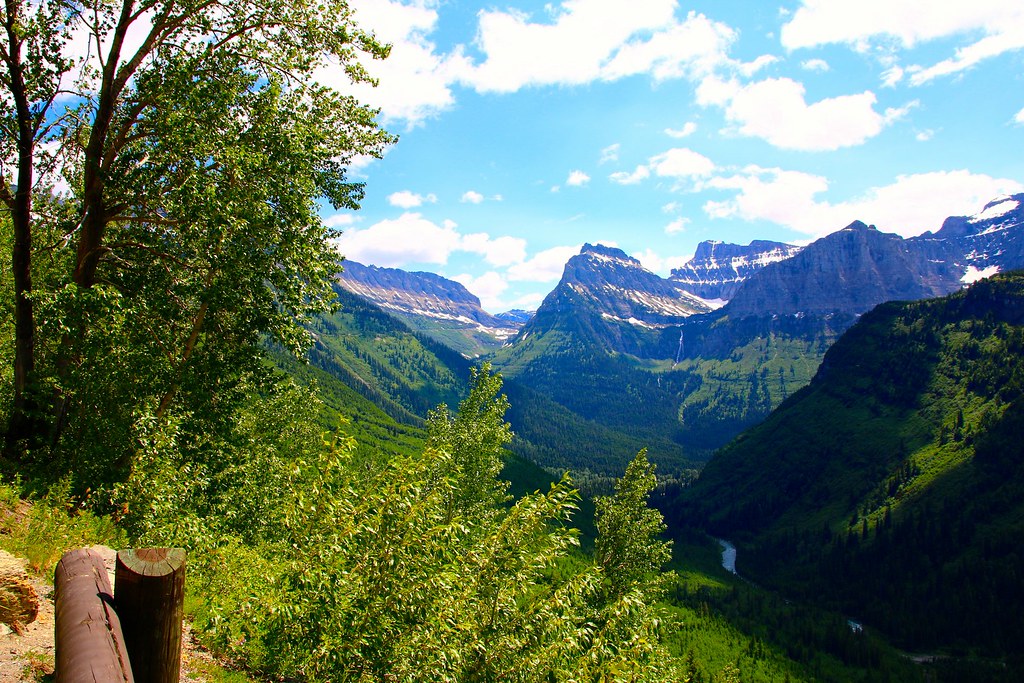 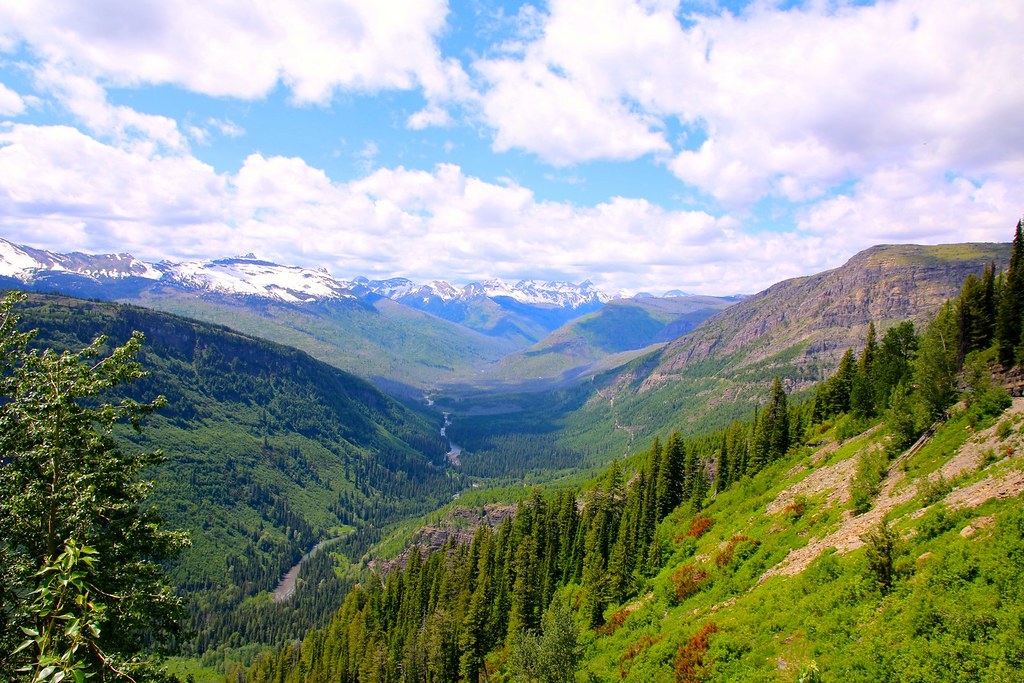 A Mountain Goat on the parking lot. 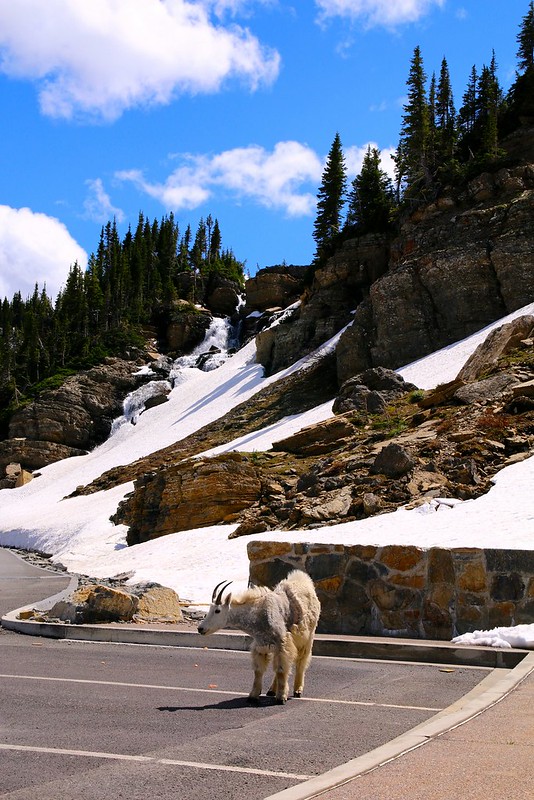 They were fighting about the food. 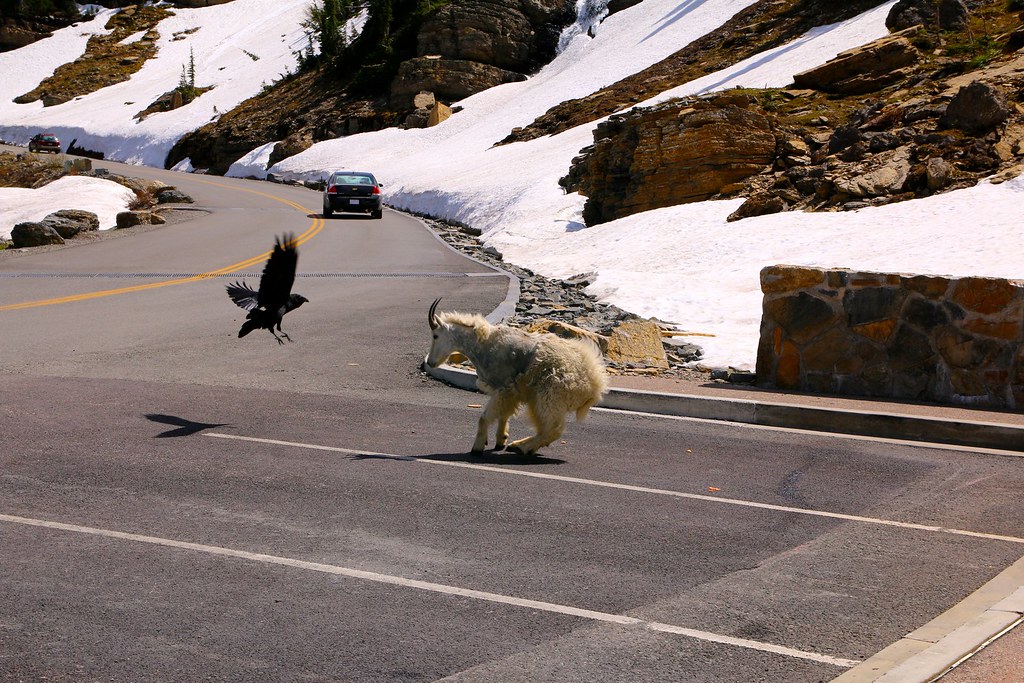 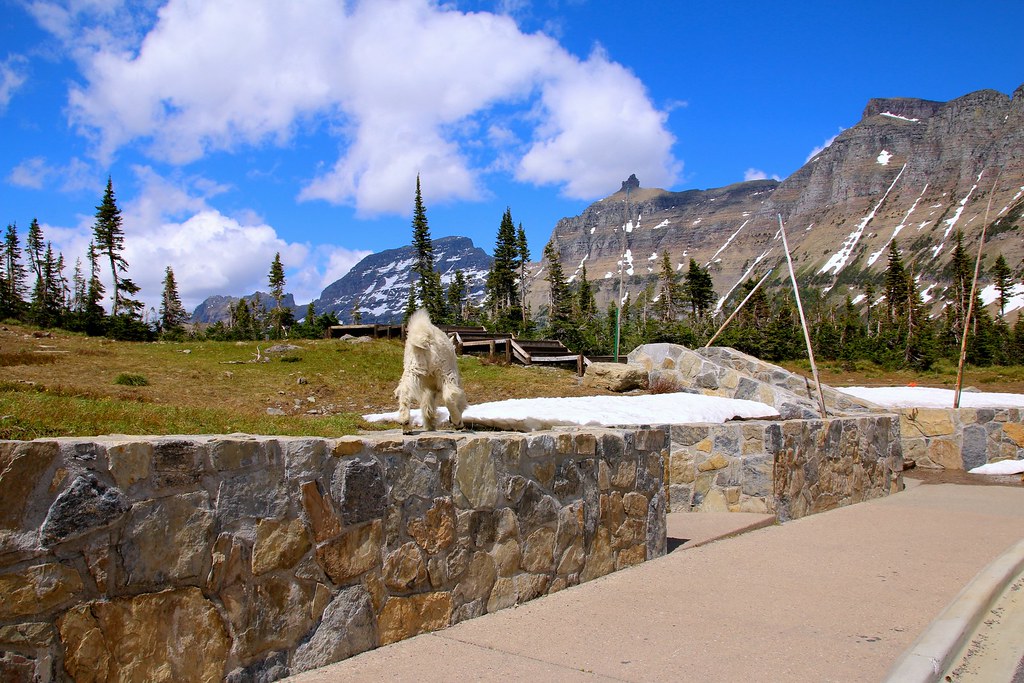 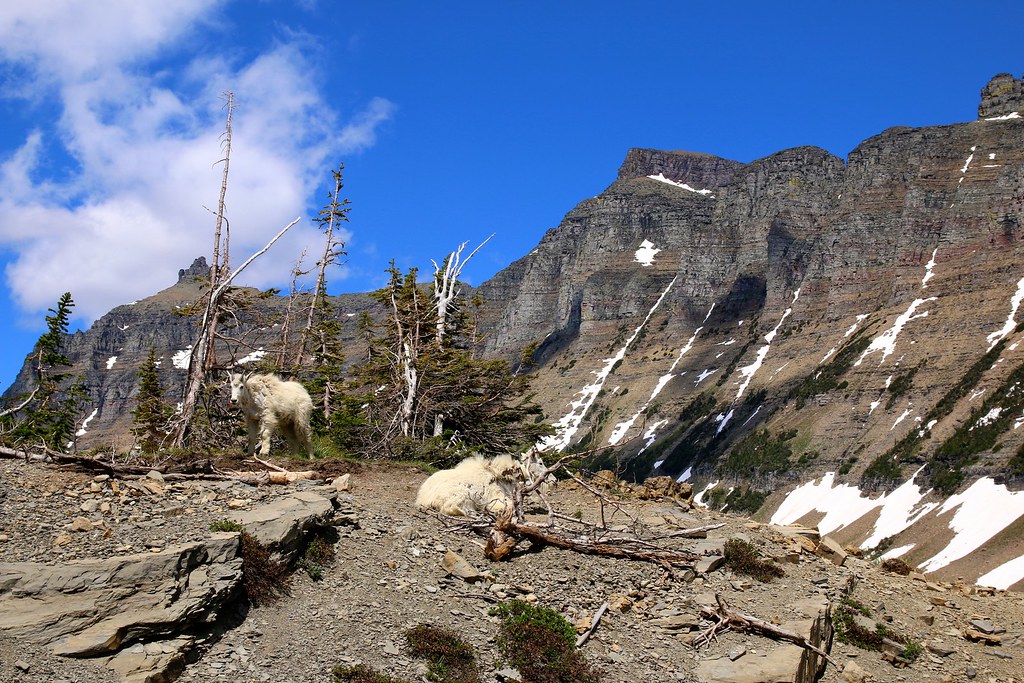 Breathtaking scenery along the road on the way back down. 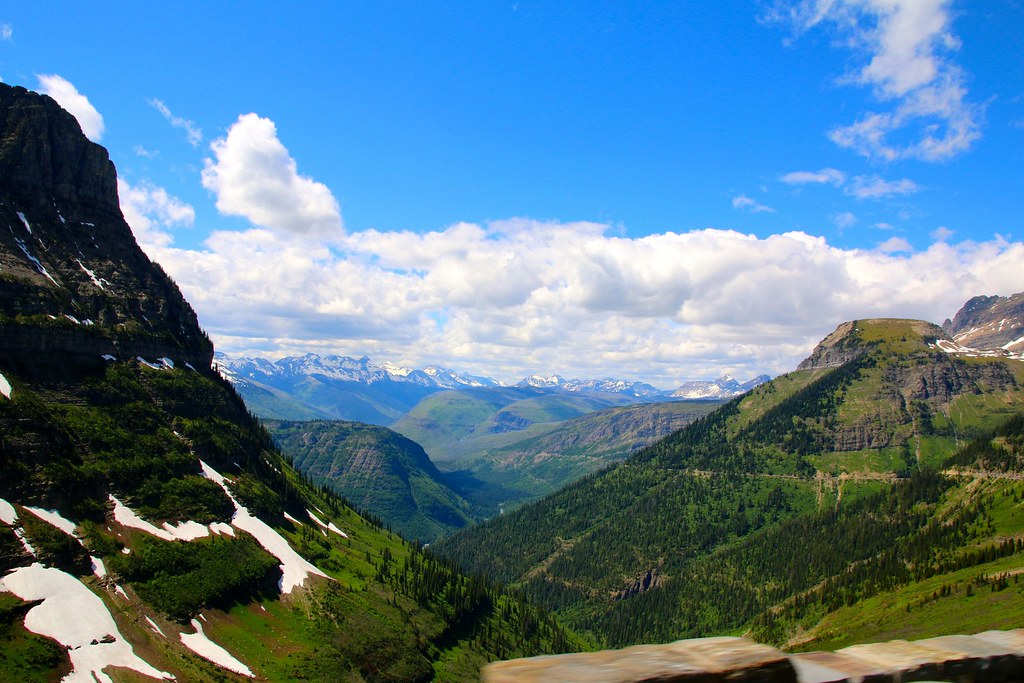 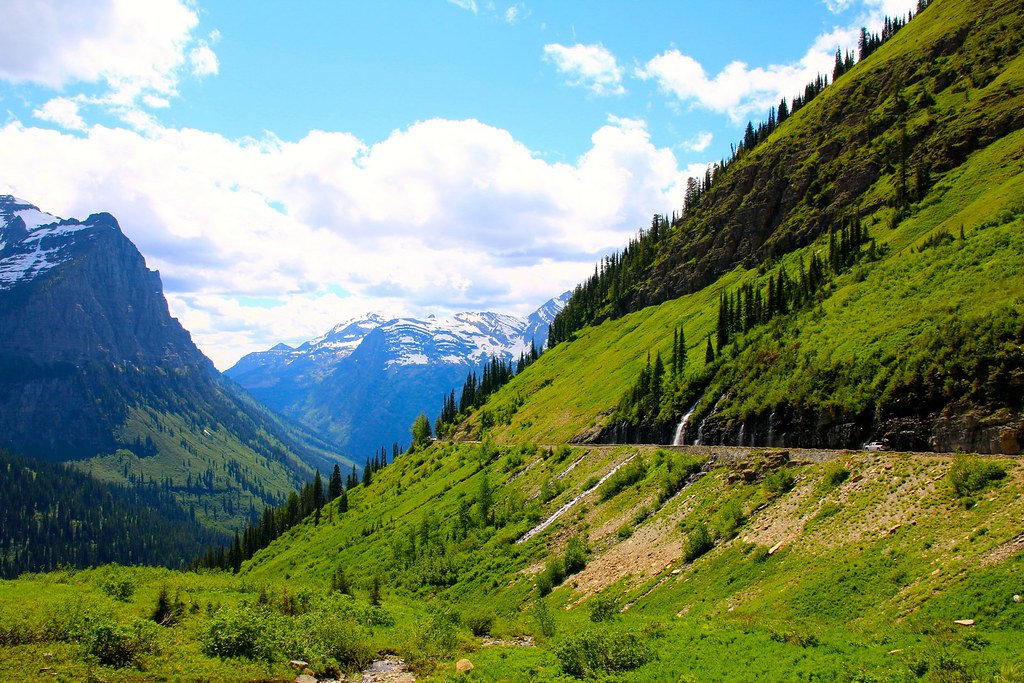 Down in the valley. 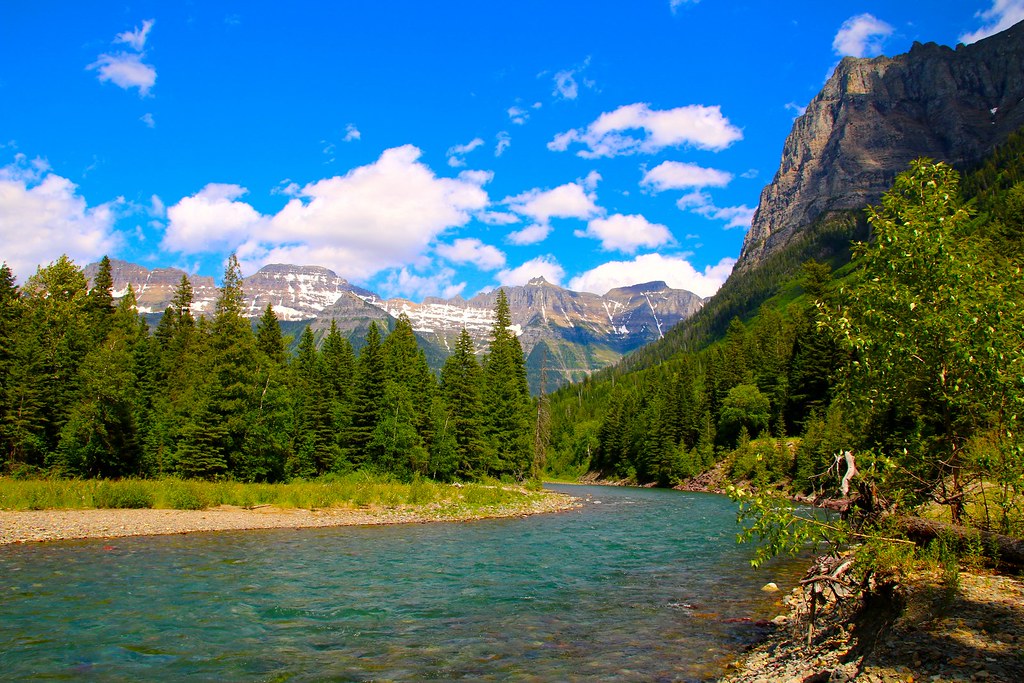 It must be a nice experience driving along the road with a nostalgic bus and a roll-back top. 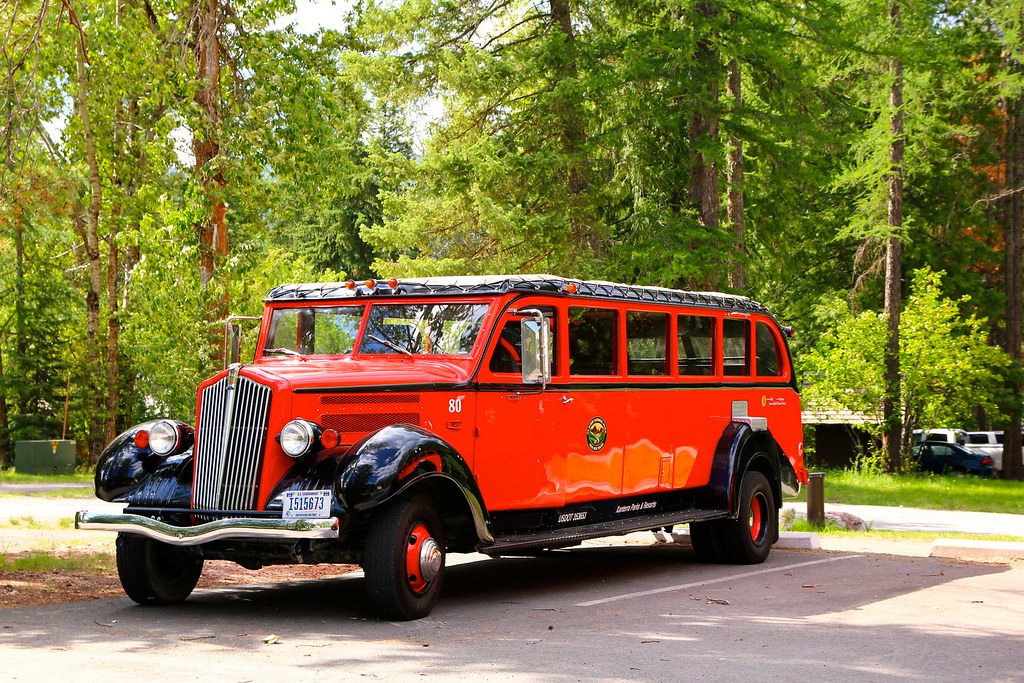 I spent the night on a campground near the Canadian boarder, which I crossed the next day.

This is such an amazing trip, I am subscribed, as this is exactly why I joined this site. This trip is exactly what I want to do, truly amazing.
I just spent the last 2 hours reading it, and although I was sad it hasn't been completed yet, I am anxiously awaiting the rest. Keep it coming!
R

Thanks for sharing your journey. I have subscribed to this thread as I am wanting to make the same trip with my children this Summer. I think I will be taking my truck as we need more room than what my Landcruiser will provide.
H

Great report. My wife and I wend on a trip to Yellowstone and Glacier about 11 yrs ago. In fact, I proposed to my wife at Glacier. This brought back some great memories. Thanks for sharing.

Very interesting to read! Can't wait to read about the NWT and Alaska!
L

amazing trip and thanks for keeping us inspired with your fantastic photos...what camera are you using?
U

I just spent the last hour or so reading about your journey - excellent! I plan on doing your trip almost in reverse, starting in Denver when I buy my EarthRoamer! Ok, if I buy an EarthRoamer...

Looking forward to the rest and also wondering about the registration in Nevada...
M

Super extensive but easy to read and follow! Great report.

Question: did you drive through any parts that would not have been passable in a Subaru Outback?
I realize this question could be taken the wrong way but I am 100% serious. I would like to take our Outback on a similar trip for our first overlanding-type experience and this would be the perfect beginner's route in my opinion. What do you think?
X

Just read your whole trip report via the story on the main expoportal page.

What an Awesome awesome adventure. So cool to have gotten to do it with your father too!