I'd call most of these uncomfortable situations, but for a taste of international travel (intentionally) gone wrong, following Karl Pilkington around the world is hard to beat. 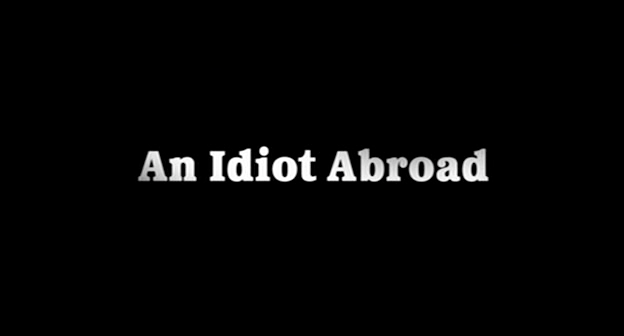 Iran + Western nations / US / its close allies = recipe for detention, accusation of being a spy, and a longer stay in that country with a fair bit less hospitality than you may have planned. Period, end of story. If you're American, just avoid Iran, North Korea, and Venezuela right now. I'd throw Syria, Iraq, and Afghanistan on that list for the better part of a generation, but some parts of Afghanistan (Wakhan Corridor) are and have been relatively trouble-free even during the worst of the fighting since 2001 - you just have to get there.

The US State Department maintains an email blast you can sign up for via their website (https://travel.state.gov/content/travel/en/international-travel.html) that includes travel warnings for US citizens and they will provide you with more detailed information on particular trouble spots if you ask them; and generally if you desire to travel in a given country and that country maintains a consulate or embassy in the US, you can reach out to them to get advice also - and may have to for travel visas anyway.

As others have said, study the culture, do your research, make a plan, have contingencies in place, and be open to the new and unexpected experiences. In most places of the world, if you make even a token effort at reaching out to locals with a little bit of broken native tongues and with humility and respect for them, you will be rewarded with hospitality beyond your expectations.

Jeep or Tacoma said:
I was actually more interested in events incidents situations that you have experienced here at home. USA
I used to travel in Mexico quite a bit and witnessed 1 shoot out in the 80s between rivals, a car chase after the Tecate to Ensenada bike ride. And was searched at gunpoint it a surf camp in San Miguel. A friend of mine hit a cow at night in Baja and ended up in jail for 3weeks. But these were decades ago . No. I Am more curious scary stuff. Here
Click to expand...

Animal attacks in the lower 48 are exceedingly rare - you're more likely to get struck by lightning or get hit by a drunk driver. Slips/trips/falls are still the #1 accidental killer in the US. If you're playing the averages, have everyone in your party get certified as a Wilderness First Responder through NOALS and pack accordingly. I've saved two lives with WFA/WFR training here in the US. It's priceless. And don't watch too much Deliverance or Breaking Bad.

A good friend of mine was once traveling through Mali to Timbuktu before the most recent issues there - I think mid-2K's. Their driver's "classic" (read: aged, dilapidated) G-Wagen shattered its driveshaft in the middle of the dunes, horizon to horizon nothingness. Four hours later a camel caravan appeared over the horizon, and within the hour they were being hosted with fresh food and tea in the tent of the sheikh who owned the caravan, a wealthy local trader. He realized they were from America, and asked where - my friend mentioned he was from New Mexico, and the sheikh lit up - "ah, this is near Utah?" he asked. Yep. "Utah is beautiful, but I would never travel there alone. If you get lost, no one will ever find you!" he said. He had been invited to attend a conference of some kind sponsored by some NGO or another in Santa Fe or Flagstaff or something, and he took time to drive out to the Four Corners to see the sights. Another two hours went by, and a bus appeared over the dunes, and my buddy expressed surprise. The sheikh said something to the effect of, "here, everyone travels everywhere. It doesn't look like there are roads, but your eyes can't see them - they are everywhere. In the USA, where there are no roads to be seen, there is nothing."

Americas Overland - The Driving Handbook
by Donald Greene
From $20From CAD$38.28

Long Way Down: An Epic Journey by Motorcycle from Scotlan...
by Ewan McGregor, Charley Boorman
From $5.72
J

I used toTravel a lot in Baja in the mid 70s and early 80s I had some I had some pretty serious and counters then
Search at gun point by federalists in a surf camp in San Miguel they were very young looking 2 m16s and I kid you not an old Thompson sub machine gun. They kept asking no cocaine here? Fa
J

Fair play here ?no maryjuana that’s how they pronounced it. All the while pointing these guns at us. We had drank a lot of beer so there was a pile of beer cans they said cerveza and pointed. But they kept coming back to the cocaine question followed by. Fair play here? We finally offered up a pint of tequila and they wandered off to the next camp site. They torn our car apart took everything out and piled it up went through it all In the end though it was ok. Worst part was the surf was pretty bad!
K

Ovrlnd Rd said:
Amazing that the OP didn't have a single reply in 8 years then got 2 pages worth in 5 days. Of course he hasn't been on in 4 years so doubt he'll appreciate it.
Click to expand... 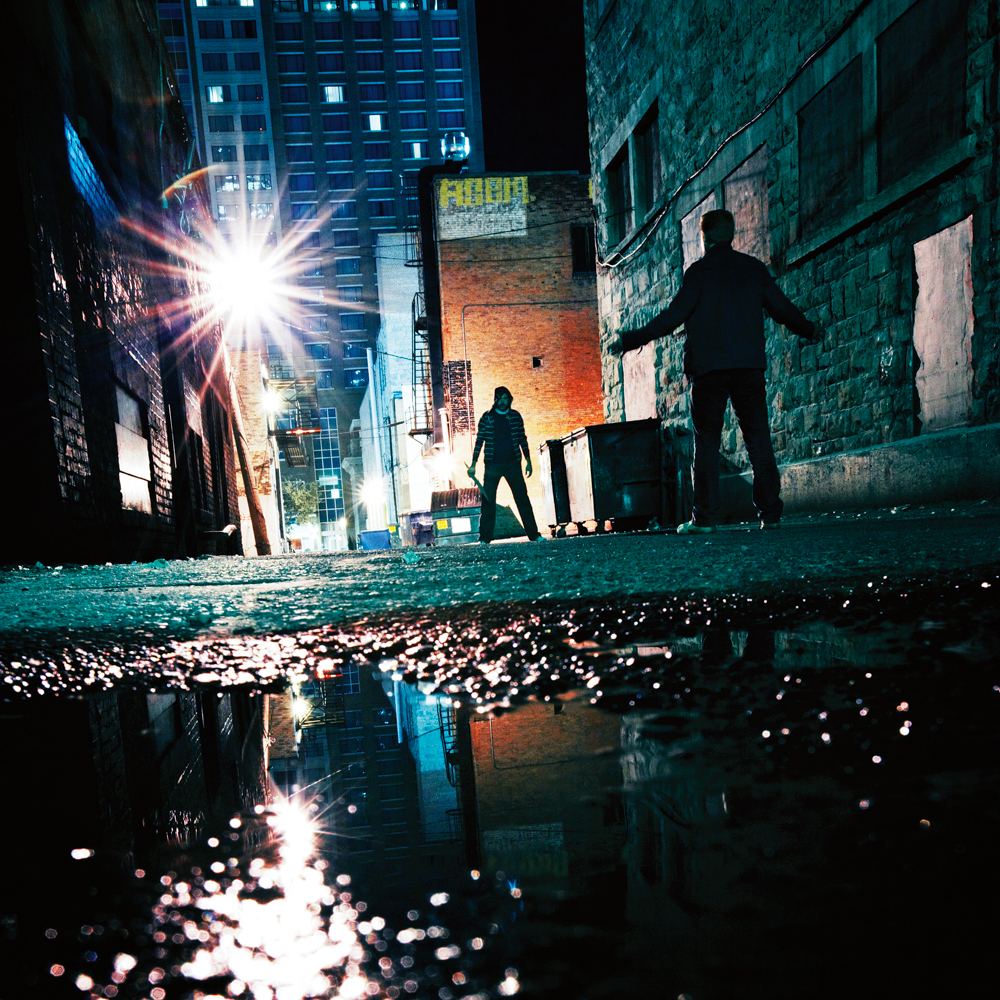 Steve Tarani shares his insights on practical self-defense and prefense while traveling. The emphasis is awareness and practical considerations, not fear.
expeditionportal.com
H

If you are in Mexico without medical insurance approved by their health system,you don't leave the hospital until the bill is paid. Kinda like their version of debtors prison.
Mexico like France and others practice Napoleonic Law. You are guilty until found innocent.
B

The biggest consideration, knowing where you are and respecting local customs.

The couple detained in Iran last year were screaming throw us in jail. If you are travelling in a foriegn country learn and respect their laws and customs. Overlanding is the art of blending in. Not throwing your disdain in their face.

I could say the same thing for wildlife. But there is less room for diplomacy or reason with a mad grizzly.

And learn where you are going before you get there. So many sources. Parks, Land Management.... Dept of State.... Local newspapers, maybe weather reports.

No matter where you go, even walking to the corner store, you can be in a dangerous situation. a peaceful outcome depends mostly on your mature response as an adult. Or child since I think children often read situations better than us.

If you are greeted with agression, rarely will an agressive response win.

I spent 4 years riding a motorcycle outside of the USA.
38 different countries were visited.
What I did and do is learn some of the language, even just the pleasantries is enough.
Understand the culture and customs of the places you go.
Smile, smile often, use that to lessen hostility towards you, it works.

And the most important thing to do is not be a typical tourist. That makes you more vulnerable to all kinds of abuse.
B

If you are travelling and worried about interaction with the locals, stay home. Often your own attitude when being confronted is what escalates an otherwise just uncomfortable encounter. Turning those threatening encounters around is what makes a vacation a fond memory.

I was polite to this grizzly I met up in the Yukon a couple of years ago, and it reciprocated by not eating me: 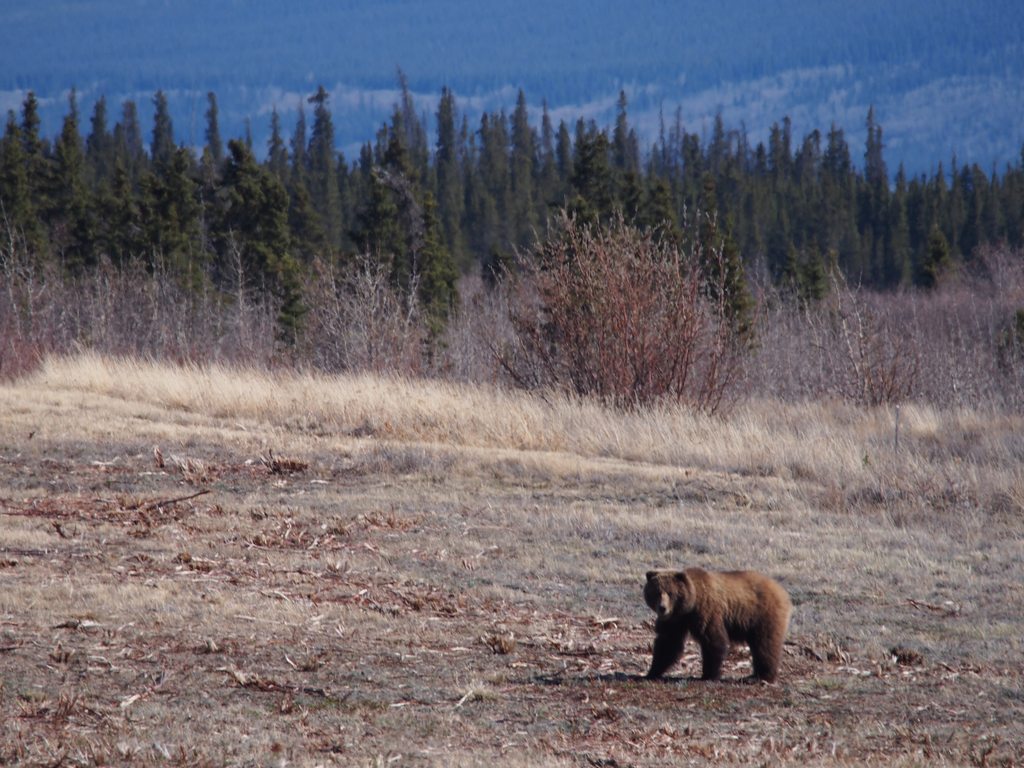 Getting back to my Jeep before the bear got any closer helped too.

Americas Overland - The Driving Handbook
by Donald Greene
From $20From CAD$38.28

Motorcycle Messengers: Tales from the Road by Writers who...
by Lois Pryce, Mark Richardson, Carla King, Sam Manic...
From $9.99
J

Too Much Fun Club, founder

Cascade Wanderer said:
I was polite to this grizzly I met up in the Yukon a couple of years ago,
Guy
Click to expand...