Awesome trip! Once you arrive at Banff, if you have time and energy left, you could swap four wheels for two

and continue north along the continental divide. There are established hiking trails and less defined routes all the way to Yukon Territory, https://greatdividetrail.com/.

I saw this two years ago on a road trip in Wyoming and throught it would make a bucket list trip.

FrenchieXJ said:
There are some benefits of the New Mexico mud baths! It pulls the oil out of the pours (from the places you want from any spa treatment, mud bath). It is advised to check your oil after each mud bath. Some advantages; With this treatment you will not see any of the wrinkles you may have had before your mud pack. If you do this on a regular basis you will not see the wrinkles developing (or hiding under the mud).

If by chance you get close to a vehicle (car) wash use it. This will not come off easy.

As with camping gear you need to have a pick and shovel during certain times of the year in New Mexico. Do not worry about the mud falling off of the vehicle when it dries and getting a ticket for depositing it on the roads. It makes a great adobe brick. The grass adds more strength to it. With some help from the others in the group you may have enough blocks for a nice parking garage.

Have fun and do not park in the mud!

Subscribed. Three of us did the CDT in the summer of 2010 on dual sport motorcycles. I appreciate being able to follow along.

In Colorado and on our way to Elwood Pass

This looks like a cool trip. I'll have to check this one out soon.

I only had 4 weeks for this trip, but ended up leaving 4 days earlier than planned do to the catalytic converter hanger breaking out and leaving a big hole in the pipe between the two main cats. I did a temporary fix to cover the hole but decided running without the hanger could cause more damage to the exhaust with all the bouncing around.

It was still an awesome trip. I plan to come back to my departure point (Frisco, CO) and resume the trip someday. Here are some of my highlight photos of the trip. The first one is in New Mexico somewhere. I don't know the name of the lake. This is not what comes to mind when I think of New Mexico.

The next photo is not typical of the roads we took but there was a considerable amount of it. There was even some mild/moderate rock crawling.

Here is just another example of some of the grand views we had.

Next is a view of one of the beautiful valleys in Colorado along with one of the typical type of roads we took.

Another great view in CO. I believe this one was taken as we were almost to Engineer pass.

I always like to include flowers of which we saw many. Here are just a couple shots. Yes, I like purple.

An adventure well worth taking. For the most part, there was very little traffic. I think we saw more bicycles than anything. That was primarily due to a mountain bike race that started at the Canadian border and ends at the Mexican border. This is a yearly event and normally starts in Banff. That must be a very grueling journey.
Last edited: Jul 23, 2021

While in New Mexico we visited El Morro which served as a stopping place for numerous travelers through the arid and desolate region that became New Mexico. Many left signatures, names, dates, and stories of their treks in the walls of the sandstone cliff. While some of the inscriptions are fading, there are still many that can be seen today, with some dating to the 17th century. 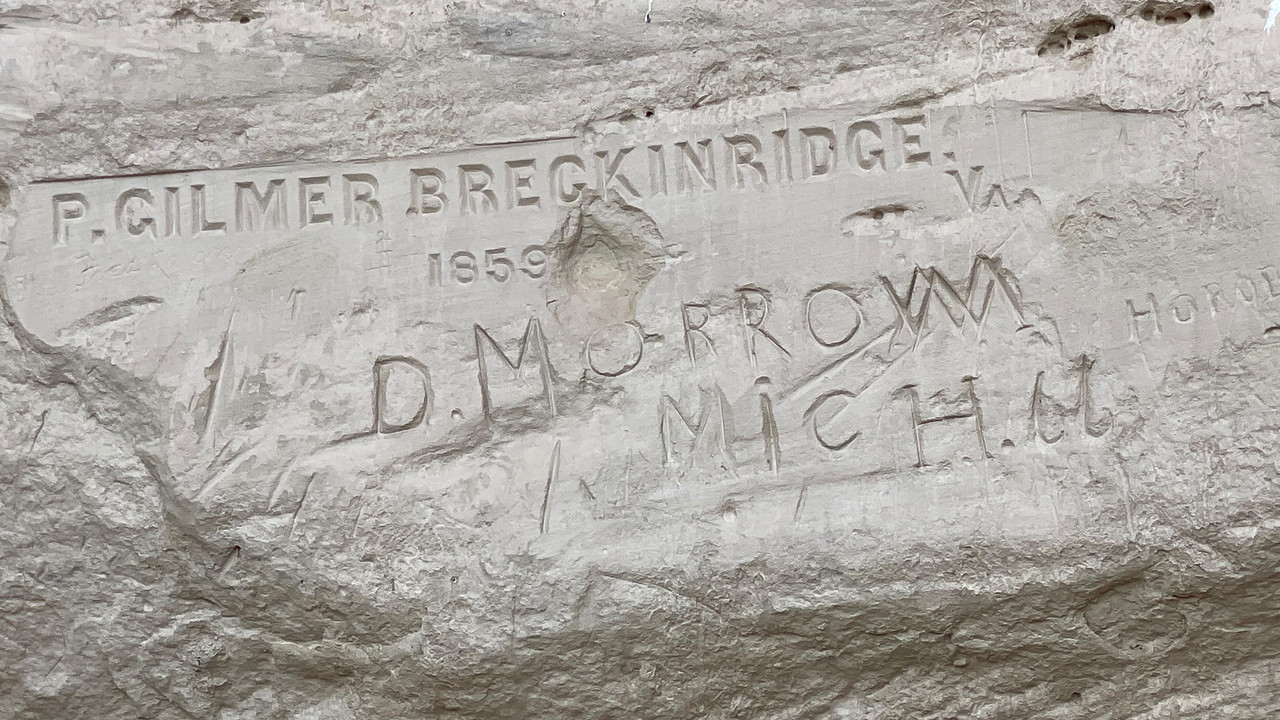 Truly enjoying this series of posts. Do I take correctly from your tone that you have finished the trip?
B

Thank you for sharing your adventure with us. The view looks amazing, and it seems like you guys had so much fun.

wordsmyth said:
Truly enjoying this series of posts. Do I take correctly from your tone that you have finished the trip?
Click to expand...

No, we are still on the trail and heading north. Internet is spotty and so I post when I have time and internet access.

buenavides said:
Thank you for sharing your adventure with us. The view looks amazing, and it seems like you guys had so much fun.
Click to expand...

Had? We are still having fun after 39 days on the trail