What's this - an actual update?

With the bump stops worked out, the rest of the fab needed on the suspension is easier to tackle with the axle out from under the truck, and the engine out of the way. I also wanted to clean up the firewall, patch up a bunch of un-needed holes, and get it ready for paint. I’ll be doing the same as under the truck – primer, sound deadedning (Lizard Skin), but with an additional layer of DEI heat shield.

Blew the front end apart, down to bare frame rails 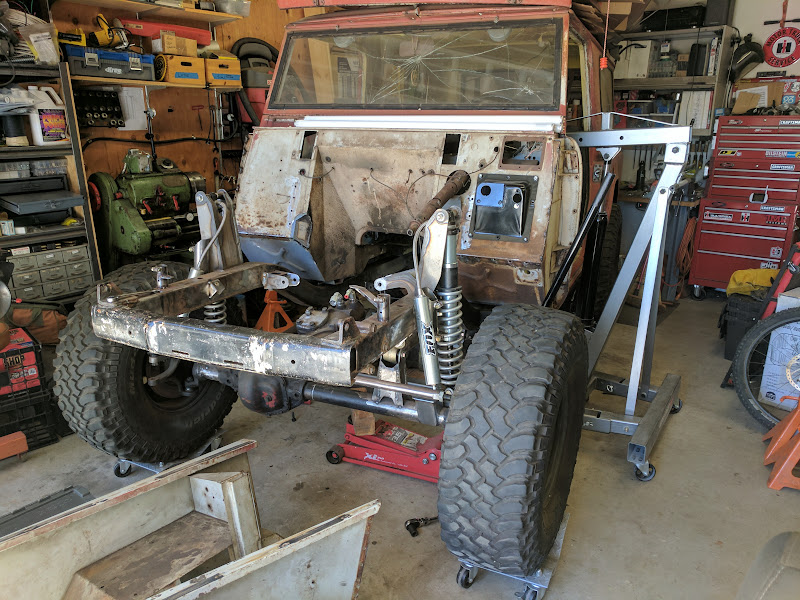 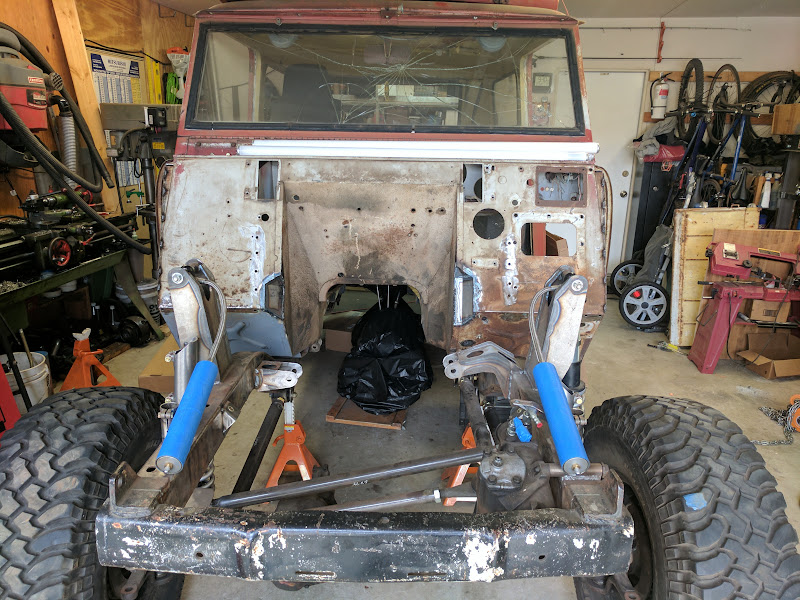 Found what I think will be a nice fit for the air cleaner – it’s a stock part for a H2 hummer. Uses the Donaldson Powercore filter, should be easy to get replacements. It sits on top of the passenger inner fender like it was designed to be there. 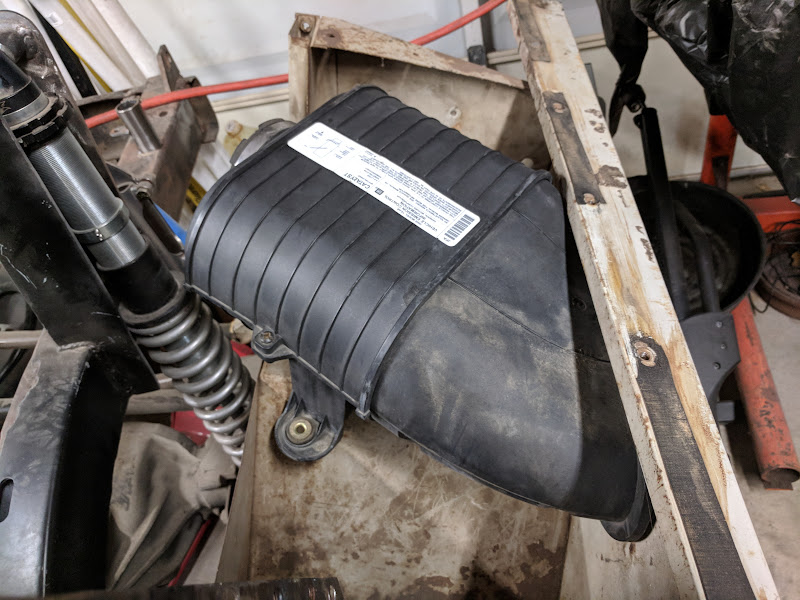 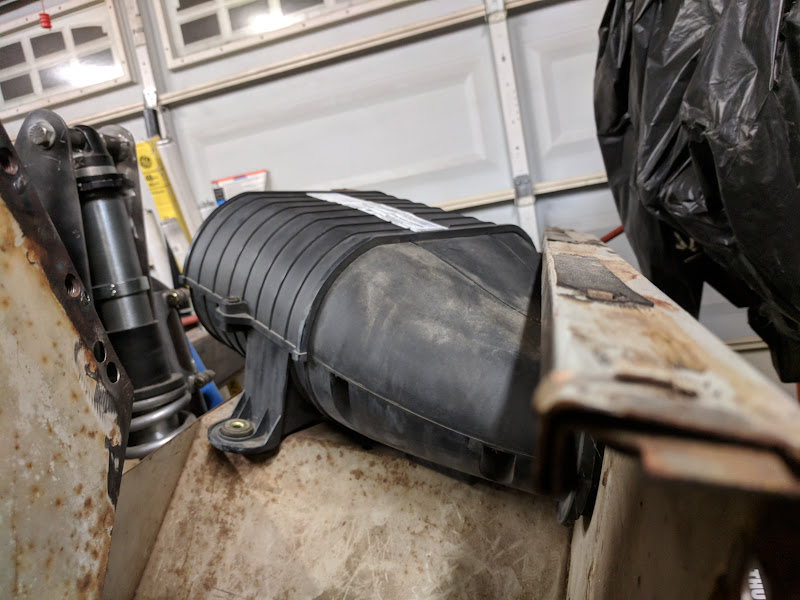 Axle on the welding bench to finish off the suspension brackets Finished up the lower shock mounts, and burned in most of the brackets on the axle. It was one of those evenings where welding clicks (despite not doing much for the past year) so I just went for it. 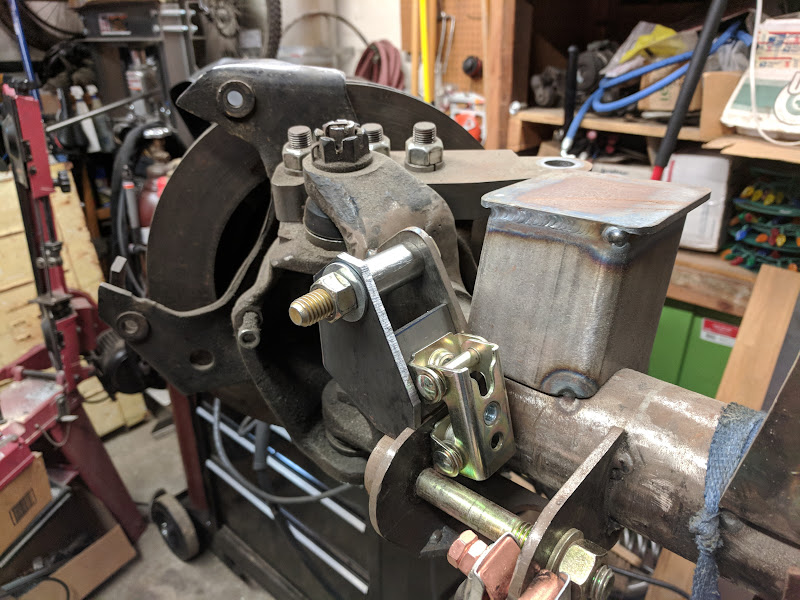 Next steps are finishing burning in the suspension brackets on the axle and frame, a bit more fab work for the bumpstop cans on the frame, and deciding on whether to tackle the gears myself or have someone do it. Leaning towards the latter in the interest time. Also can work on painting the firewall, and building the final electrical panel based on the plywood mockup.
M