With the federal shutdown behind us and the inconveniences they imposed yet settled, it’s time for us to assess the fallout. How many vacations were derailled is but a small pittance when measured against the dollars lost and the aggrivation levied against the people of America. It does however give us cause to take a closer look at the scale of our public lands.

The National Park System was started on August 25, 1916 when President Woodrow Wilson signed the Organic Act. Fitted under the Department of the Interior, the NPS today is a massive entity providing the people of America, and the world, with a wealth of natural treasures. There are 59 designated parks in the NPS system with a total of 401 individual properties under their umbrella. In its entirety, it amounts to more than 51 million acres, or nearly 80,000 square miles. These numbers only grow when you fold in the financial scale of the NPS. Any given day in the month of October can yield as much as half a million dollars in just entrance fees alone. This monthly revenue is handed over by 715,000 individual visitors––but, not this month. While the talking heads in Washington quibble about empty pockets, October’s entrance fees, a would-be $76 million dollars, go uncollected. The typical response of the American citizen is––face to palm.

The National Park System is without a doubt the most prized collection of public lands we have, but what about the lands not sequestered behind yellow tape at the moment? What about our National Forest lands? Well, there’s plenty of those for everyone. The National Forest network encompasses a whopping 193 million acres, or 300,000 square miles. The largest chunk of that is in Alaska with a staggering 21 million untamed acres available for your amusement. If you can’t find a good spot to recreate within the National Forest system, try those lands within the Bureau of Land Management. They oversee an additional 80 million acres of land. If nothing else, just head to Nevada where 85% of the state is public.

There’s no denying, the government shutdown was more than an inconvenience. With 22,000 NPS employees out of work, millions of visitors denied access to our national wonders, and the political cat-fight only gaining momentum, perhaps now is the time to unite as a people with a common interest––our appreciation for our public places. 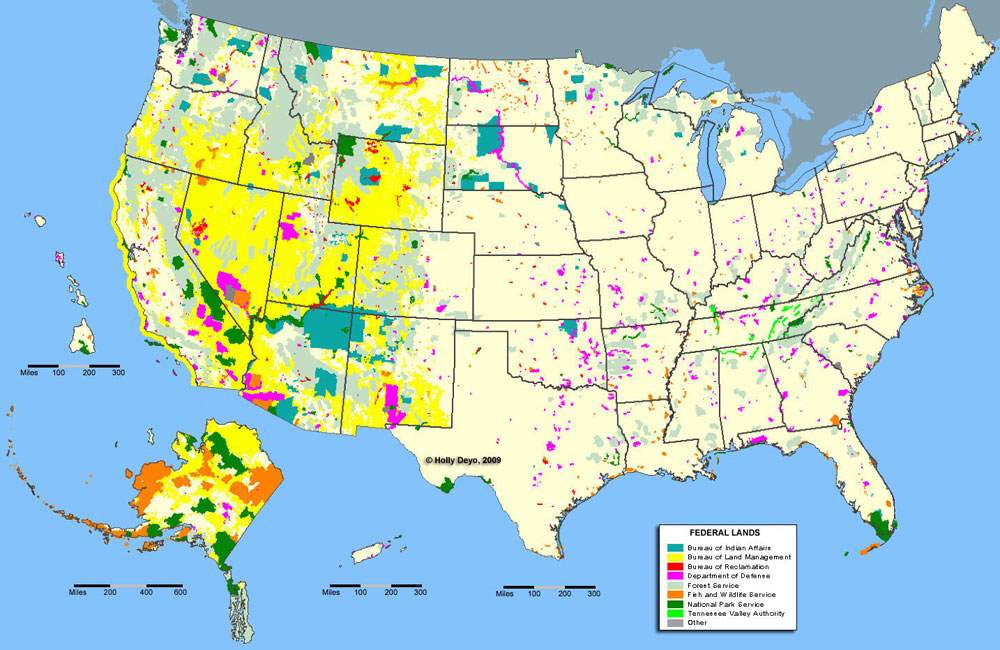