We were out of time. We had been in Holland for 2 weeks inspecting and rejecting Defender after Defender. Late one night, in a tiny corner of the Polish Internet, we found an advertisement for a 110 in Warsaw. We bought tickets immediately and hopped on a plane only a few hours later. We had our first RyanAir experience/nightmare and took a taxi from the Warsaw airport into the city center, where we were allegedly meeting a Polish man named Thomasz. We got sandwiches and coffees at a little café right off the main roundabout and waited nervously. We’d barely talked to the guy, which was nothing new (95% of the time on our buying trips, we’re uncertain as to whether the car we’re going to see is real and 95% of the time the owners don’t think we’re real. “Hi, we’re two kids here from America and we’d like to buy your 900euro car please.” “Sure, sure, I’ll be waiting for you.”) But the stakes were higher this time because we were counting on him to pick us up, and counting on his car to get us back to Holland in time for our flights. 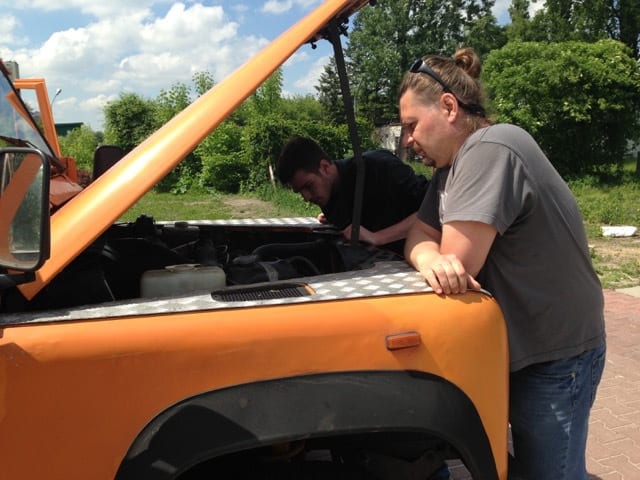 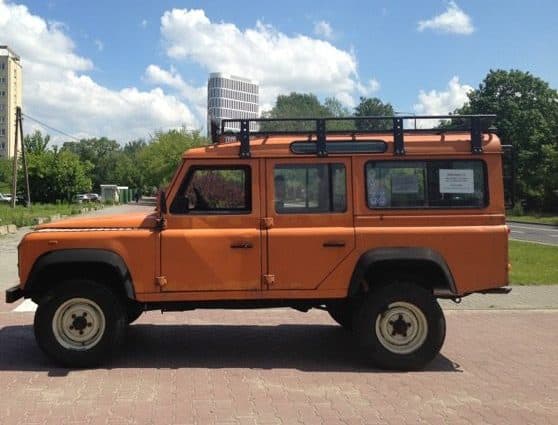 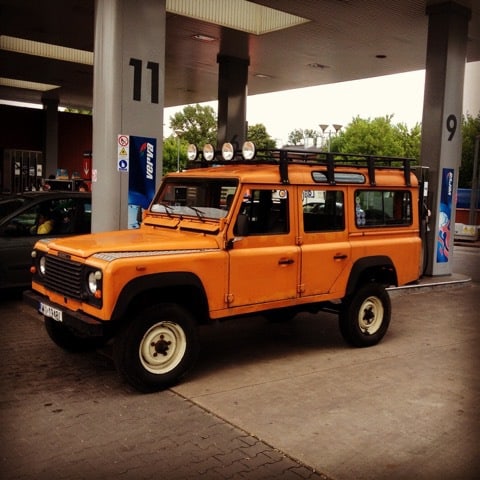 All of a sudden we heard the distinct, familiar rumble of a Defender. We ran outside and saw a massive orange 110 circling the roundabout at unsavory speeds. We waved him over, jumped in, exited the roundabout, and pulled off to the side of the busy city street. He turned around, looked us dead in the eyes, and said, “Welcome to Poland. The rules are, there are no rules.” He then proceeded to drive over the sidewalk and a few rows of cement blocks clearly meant to keep anyone from doing just that. Since he’d just proved it’s off-road capabilities, we put it through its paces around the city, did a thorough inspection, and went back to his apartment for coffee and paperwork. An hour later, we walked out with the keys and what we hoped was a title. 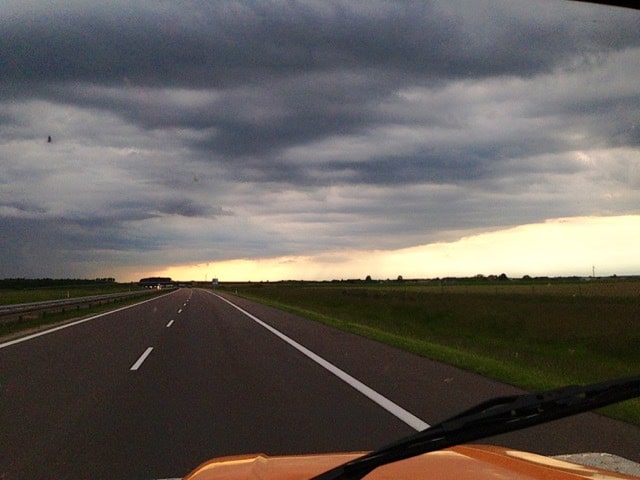 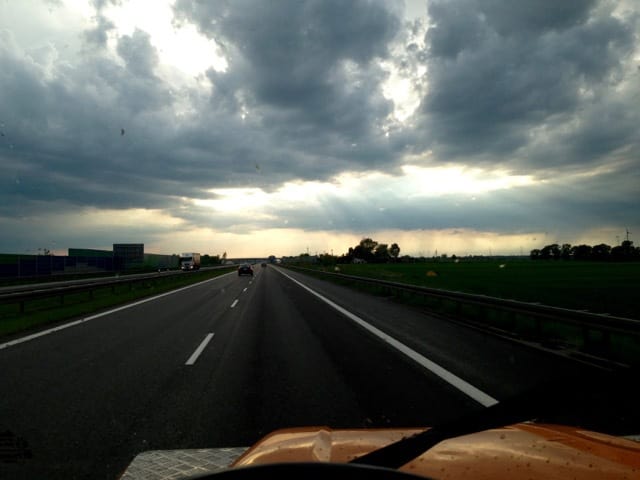 We got into the Defender and drove it 22 hours straight across the Autobahn back to Holland, stopping only for coffee and gas breaks. It was our first real Dutch Safari. We saw everything and nothing, going everywhere and nowhere at once. In a hurry always, on time never. Sleepless, adrenaline-fueled drives permeated by hanger to be relieved only by Turkish kebabs. We dropped it off at the port in Rotterdam immensely satisfied and just in time for our flight home.

That was almost exactly 3 years ago. This morning, I inadvertently stumbled upon pictures of the 2015 restoration of that same Defender 110. We’ve got nostalgia, warm fuzzies, and envy all at once. 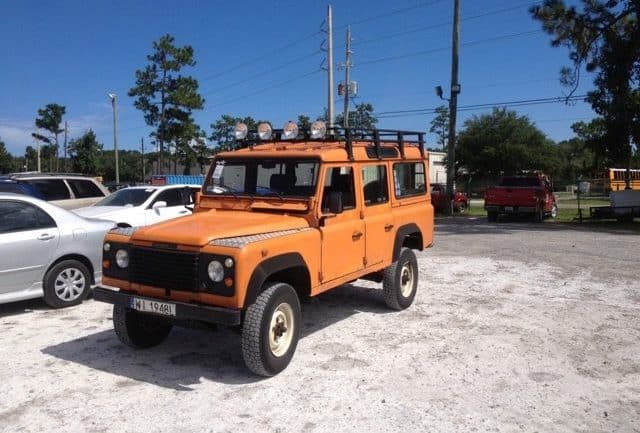 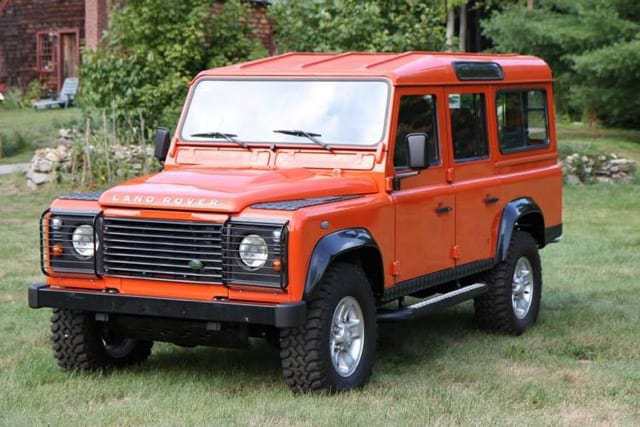 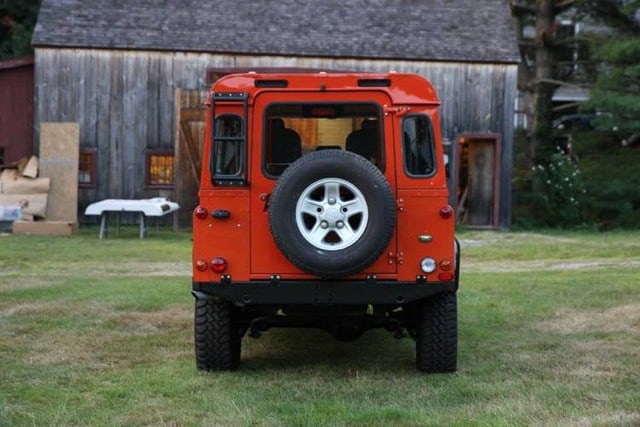 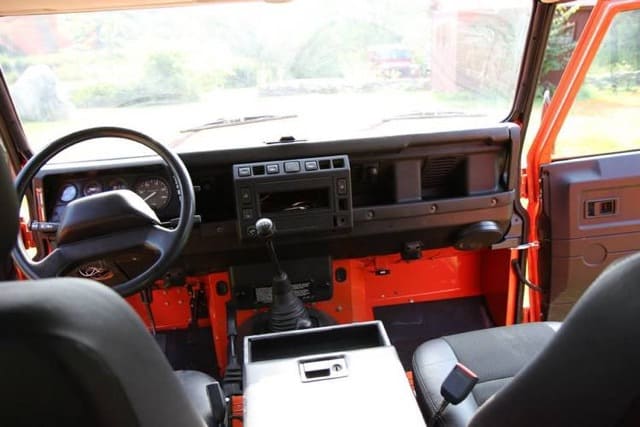 This story was written by Erica and Nick of Dutch Safari Co, and graciously submitted to our site for your enjoyment. We love seeing the journeys behind these old Land Rovers, and can only imagine how amazing it must be to see an old friend like this brought back to life. We thank Erica and Nick for sharing their story, and encourage our readers to check out their website here.

The 2017 Holiday Gift Guide: Gifts for You 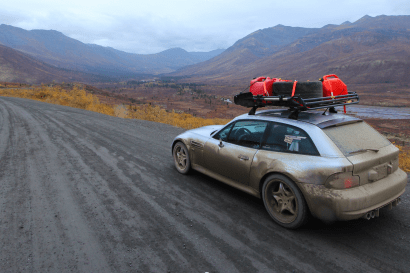 From the ExPo Vault: To the End of the Earth in a BMW M Coupe 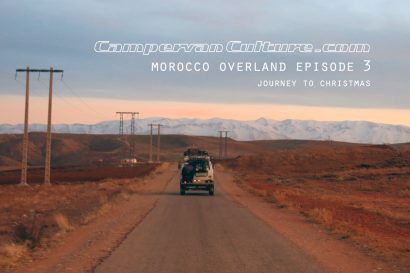 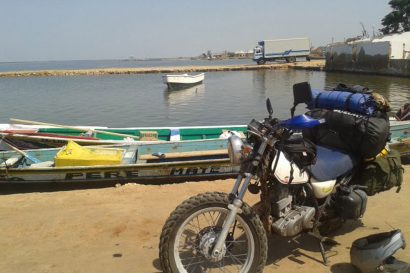