Have we done this yet?

The last time I used my winch I used it to pull a uhaul out of a snowy ditch. My winch has a Bluetooth remote, and a couple of times it didn’t stop running when I released the button. I could stop it by pressing the button again, but it made me realize I have no overload protection, or even just a disconnect to remove power in a situation like that. I spent some time looking for info on how to choose an appropriate circuit breaker or fuse and had a really hard time find anything. I found a recommendation from Comeup calling for a 190A breaker, but that was about it.

I called Warn to get their input (mine’s a Warn), and to my surprise they told me they recommend to NOT use a circuit breaker or a fuse because they haven’t found one that will handle the 400A these things can draw.

400A? Holy ******** that’s a ton of current. It makes me super nervous to not have any overcurrent protection.

Do any of y’all have breakers or fuses in your winch circuit? Disconnects?

I've got a circuit breaker on my ComeUp. Don't be thrown off by the "400A" rating of the winch. It is almost never going to actually draw that amount and if it does it is likely to only be momentary. Look at the rated characteristics of the breaker you may use. Most of them will handle well over their labeled rating *for short periods of time*.

I use one of these: Eaton Bussman 200A

This is a "200 Amp" breaker but if you take a look at the spec sheet here: Spec sheet
You'll see a "Time vs Percent of Rated Current" chart that shows it will allow 200% of rated current (400 amps) for 10-30 seconds. If your winch is actually pulling 400 amps for that amount of time then you're probably going to want it to trip off!

Most dont bother with a relay or fuse of any kind.
Personally, I like to avoid having such a large conductor HOT all the time.
So I run a large continuous duty relay with a control switch in cab.

I use this guy for our 15k smittybuilt winch on the Superduty.
Ive done some seriously hard pulls with it, and it has been enough.


And the switch the controls the relay, in the overhead console. 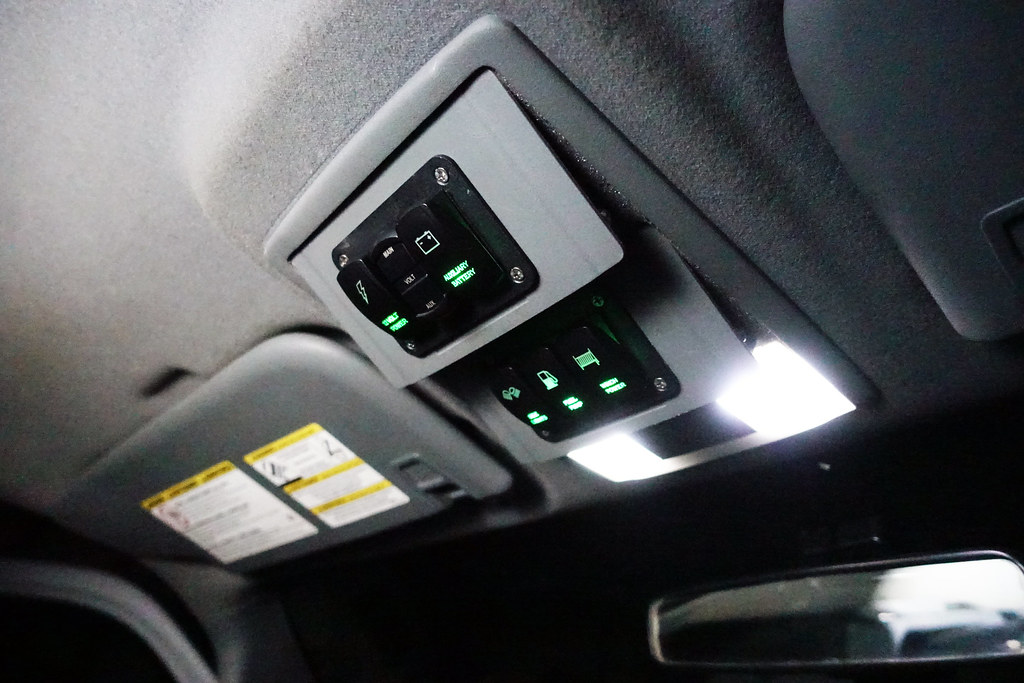 You can get 400A of protection by running two 200A in parallel.
It really does work that way. I know of some cars running a pair of 20A fuses in parallel to get the amp protection they want, and they don't make 40A mini fuses.
T

I have a blue sea 200a breaker on my 9500# winch. I haven't done any crazy recoveries just pulled trees down at home and things like that. Seems fine so far.

I would be more suspicious of that bluetooth remote system than anything.

Let's say it's a Warn XD9000 (only because it's what I have and I have data). You look at the current drawn under your expected use under average and peak load. You also have to make an assumption for duration at each step.

Peak load is obviously what it takes to get unstuck. It won't be the full rating of your winch necessarily but you have to be realistic. Say you have a small truck (I have a Tacoma) that weighs 5,350 lbs. To require that from your winch would require trying to actually lift it off the ground completely. But say you are badly bogged and that is what's needed as a worst case. So 5,350 lbs and you don't have a lot of line unspooled so I'd estimate I need 375 amps for 10 seconds to break it free.

Average load is something less since you're not usually bogged in clay mud over your tires on a 45° slope. So normally your pull force is much less, say 2,250 lbs (about 50% of a mid size truck perhaps, which is still a pretty decent pull), and you have most of your line unspooled and thus just say 185 amps for 2 minutes.

FWIW, this is the generalized way to calculate force required.

These are for the Littelfuse Mega.

Sometimes they just state it directly, such as the case with those little MRBF we like to hang right on the terminals.

In the case of an accident that shears and shorts the cables (e.g. the dropping the wrench scenario) it'll open 788 amps within a second, which is far sooner than the wiring or battery start to become a problem. A 1/0 AWG carrying 788 amps will take about 39 seconds to go from 40°C to 105°C.

Note also that I have not derated anything for temperature. A fuse or circuit breaker is rated for a nominal ambient environment and going up or down changes it's performance, which makes selecting the right value for a vehicle additionally difficult. So I might actually select 250A or 300A for derating and margin.

Point here is it's a system where you balance load, cable size and fuse characteristics to achieve what you want. Putting a 400 amp fuse on a XD9000 may actually be a false sense of safety even on 1/0 AWG cable. You'd need probably a 4/0 AWG to carry 400 amps indefinitely.
Last edited: Mar 18, 2021

As Hillbillyheaven said, I'd be more suspicious of the bluetooth remote in your case.

And I agree, even if its not 400A, winches still draw a lot of current and they're wired hot directly to battery. Scary stuff. I don't worry much about amp draw or running the winch, I'm worried about what's going on when the winch is not in use.

I had trouble with my winch once for not having a fuse or breaker. My cables were run through a tight spot on the bumper and the edge of the bumper ate through the insulation. It caused a short which fried my main 100A fuse, completely killing the vehicle. That's not a fuse that's easily changed also, took over an hour to change, luckily I had a spare.

Since then, I installed a keyed battery disconnect to the winch's positive cable. Its right by the battery, and I leave the key stuck to the winch remote. When not in use, there's no current going to the winch. When going out to trails or when I need it, I can have the winch running in seconds.

First off, thanks all for the responses. This is good info and I'm glad I'm not the only one who thinks it's dumb to not have a circuit breaker in there.

To those of you who pointed out that a 200A breaker will hold a 400A load for a few seconds before tripping, that's something I did not know and I'm glad I do. Why Warn suggested that I need something capable of 400A continuous for an 8k winch is beyond me, especially after what y'all have made clear.

I like that Bussman/Blue Sea 200A CB, especially since it acts as an easy disconnect too, and am going to try to figure out where I can shoehorn that and and mounting bracket into my engine bay.

And yeah, the regardless of any circuit protection, that bluetooth remote is sketchy and I'm pretty disappointed that it's started acting like that. It seems to be limited to cold weather, but I don't trust it anymore. I have the option of using a cable, but I'm going to have to hack up my grille to be able to get to it easily. Oh well.
D

Would something like a night switch from the heavy equipment world work? Could be installed under the hood and only turned on when needed.

All I will say in an Albright heavy duty battery isolator control by an interior mounted switch. These are rated 150 amps 100% duty cycle but will handle 500 amps at short durations. You maybe able to find these stateside but real ones are not going to be found on Ebay or Amazon. There is only one distributor in the U.S.

Since you do have a plug in option you might be able to wire in a better remote system.
One of the best!!

Available now in Single or Twin Pack! The NEW T-T Wireless Winch Remote from Gigglepin is a rugged, easy to use, cost effective way to wirelessly

I do use the PAC500, NVX BIR500, Install Bay IB500. They are all made by same source just different brand label. I use them for isolating the winch battery and house battery from the crank battery.

I run a Warn M12000 which a simple basic winch with no fancy electronics. I did away with the Warn control pack of a handful starter solenoids and installed an Albright motor control contactor. Again rated at 150 amps continuous.

I don't run any type of overload or short circuit protection in my winch battery circuit except a small 5 amp fuse for the disconnect control switch and interior winch control switch in the interior.
I do use heavy thick wall rubber grommets and abrasive resistant jackets on my cable where there is any possible chance of cable becoming grounded to chassis.

thezentree said:
going to try to figure out where I can shoehorn that and and mounting bracket into my engine bay
Click to expand...

OP I felt the same as you and the conclusion I came to (for simplicity and cost) was to install a heavy-duty isolator switch. It's normally off and the twice a year I need the winch I pop the hood and flip the switch and we're good to go. At least if there is a short I'll find out when I'm prepared to deal with it!

edit: this is the one I have if memory serves:

If you needed or wanted some terminal covers these are nice.

I've had a 300A fuse on the positive wire for my winch for several years. The wire is protected anywhere it is near metal, but with the vibrations from driving offroad there's still the possibility of it wearing through at some point. The fuse is cheap protection.