It was a matter of time. I wanted something bigger than my RB E250 (though it's not going anywhere), I had money, just waiting for the stroke of luck or stupidity to roll around. That happened a bit before 5PM yesterday.

The short list was school bus, ambulance, or shuttle bus. I preferred the first two because they're built to a higher standard, the wife wanted the latter. The budget was vague and her commitment was as well. I have a few projects in the hopper that she would like to see done. Such is married life. A few of each have slipped through recently, usually with my losing by a few hundred dollars. I haven't had much heartburn. I keep an eye out and throw out a lowball bid here and there, hoping one sticks.

This one was an oddball. I saw it at the auction site while going to look at a school bus in the area. Relatively clean, pretty damn big, high miles. Ran and drove fine so I threw out the lowball bid and waited. It held until the day before the auction ended, and with 10 minutes to go the bid that just topped my last one was still winning. I couldn't help myself, bid the minimum increment, and now I own a 2003 Goshen E550 20 passenger shuttle bus. With the 7.3L. With 335k miles.

Picked it up today. A bit of blue smoke under acceleration while cold, but all gone once it warmed up. All fluids look good, drives and shifts well. But that mileage...

The wife is not so happy, but also likes the bus. My girls love it. I'm out a surprisingly low amount of money, but a decent amount of space. Surprisingly about everything works. Front and rear air and heat, all lights, radio, wheelchair lift, cruise, no real issues. Batteries may be on their way out (or I have a bit of a drain) and a couple screws could use tightening. One oil drip from the engine. PS box is seeping a bit. Photobucket is down, I'll get pics up tomorrow.

Questions for anyone that feels like offering sage advice:

Pics (and probably some sort of build stuff) coming soon.

Interior (red strap is my "lock" as I don't have the key for the back door):

That's a great base to build on. I wouldn't be too concerned with the motor/tranny unless you are noticing issues now. A bit of smoke cold is normal. A good fluids flush and a basic build until you see how it goes would be my recommendation. The biggest hassles I see with these type of shuttles is the front door and not being able to have the passenger sitting up the front looking through the windshield. That wheelchair lift will make a great bike lift or maybe your kitchen so you can use it inside or outside.

Believe me.... your not the only one that have been eyeing shuttle buses :sombrero:

Ah, I love this community, support of sometimes questionable decisions in droves .

It appears to have just 2 batteries (need to dig into this a bit more), one under the hood and one in the hatch on the passenger side. EDIT - I'm dumb, of course there's a 3rd on the frame rail. The inside of the side compartment is rusty as hell, someone obviously didn't vent the previous batteries right. I'm going to dig into connections this week and see what may be the culprit for the drain. Hoping that Goshen can get me the wiring diagrams and any manuals before they shut down for good at the end of the year. In the mean time, some sort of disconnect? It's plenty happy with charged batteries.

Ozrockrat, that's the plan for now, and good idea on the kitchen. Excited to get building.
Last edited: Nov 6, 2016

You could have a racquetball court in there. I like it.

What local auction site was this on? And what ones have you been following?

What local auction site was this on? And what ones have you been following?
Click to expand...

Not sure if the bumper and fenders would swap, side by side with my E250 this thing is comically bigger. It's really gigantic, I'm 95% sure my Honda Fit could easily fit inside it if I wanted to.

This one came from Musick, though I keep an eye on Main Auctions, Musser, and Public Surplus as well. Musick is in Nampa off Franklin, they actually have a pair of Ambulances right now that I expect will arrive in the auction on Tuesday night. Interested to see what they go for, type 1's, both early 2000's Ford, so could be 7.3 or 6.0. Didn't check if they were 2wd or 4wd.

There was a slightly smaller 99 E450 shuttle bus with 80k less miles that sold there about 6 weeks back for 3x what I paid. I think the mileage must have scared people away from this one. I spent some time underneath it last night and aside from a few minor things, it appears solid enough.

First things first is sort out electrical. Hoping that's easy-ish, time will tell. I think the lift has to go, it's just too big and really won't get used. The interior lighting and audio all works great so I'm going to try and leave it alone as much as possible. Probably swap in a cheap bluetooth head unit and maybe ditch the comm stuff.

I'll post an interior layout plan soon, but the basic thought is as follows:
Passenger side, from the front - 1 row of seats for wife and/or kids, dinette, kitchen, bicycle and gear garage with rear door access
Driver side - 1 row of seats, gaucho for the wife and I, triple bunk beds (dogs on floor, kids above), simple bathroom area without a shower

I don't think I'm going to plumb water or gas at this point to keep it simpler and cheaper. I'll build a simple fresh and gray water setup into the kitchen and just stick with a white gas stove. I'd like to add solar as well, which should be easy enough. The tricky part is going to be budget, I'd love to keep this think dirty cheap, but one big issue will torpedo that plan. Fingers crossed!
E

What's the insulation like on that thing? All fiberglass walls can you build out on that or are you stuck with a crap ton of heat leaks ie windows?

emtmark said:
What's the insulation like on that thing? All fiberglass walls can you build out on that or are you stuck with a crap ton of heat leaks ie windows?
Click to expand...

Haven't dug into it much yet. I'm going to figure out something with the windows, not sure I'll go too much further.

wow, that thing is mammoth! front profile is very ************! would it be possible to put a passenger side door back in to appease the mrs?? i really dont know anything about these things at all, but nice PU! 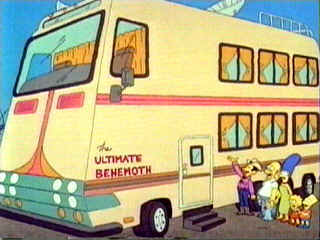 shenrie said:
wow, that thing is mammoth! front profile is very ************! would it be possible to put a passenger side door back in to appease the mrs?? i really dont know anything about these things at all, but nice PU!
Click to expand...

I may be able to swap the twin doors for an RV style, which means I could ditch the massive opening mechanism and maybe put another seat up front. Is there a local RV scrap yard? Craigslist had a handful of used parts, but they seemed a bit small. I suppose I could just put in a residential door or something .

Zen and the Art of Motorcycle Maintenance: An Inquiry int...
From $18.89

only local rv yard im aware of is in marsing. its been a few years since ive been out there though. cant remember if they had many cutaway style rv's. all I remember was hitch mounts and lots and lots of hornets...