What is the craziest recovery situation you made it through (or didn't make it through)?

Sometime in the mid 80's my dad took me out in his lifted Bronco, and got us stuck in a mud bog in the middle of a farmers field.. we slogged out of the field, back onto the road and a few miles to a service station to call a tow truck.. Tow Truck finally arrives, yanks us out buried up to our tits... then we have to pull him out, and then he has to pull us out, and this leap frog goes on for a good half mile or so across the field until we made it back to the road... Tow truck driver was pretty pissed heh.

Many years later we went on a big month long expo in his van, blew out 5 tires on that trip.. one of em involved me pushing a flat tire across North Dakota for 15h before I got back.. that time Mom was pretty pissed heh.

Is it riding season yet?

Copied from my old build thread- This is roughly feb 2017 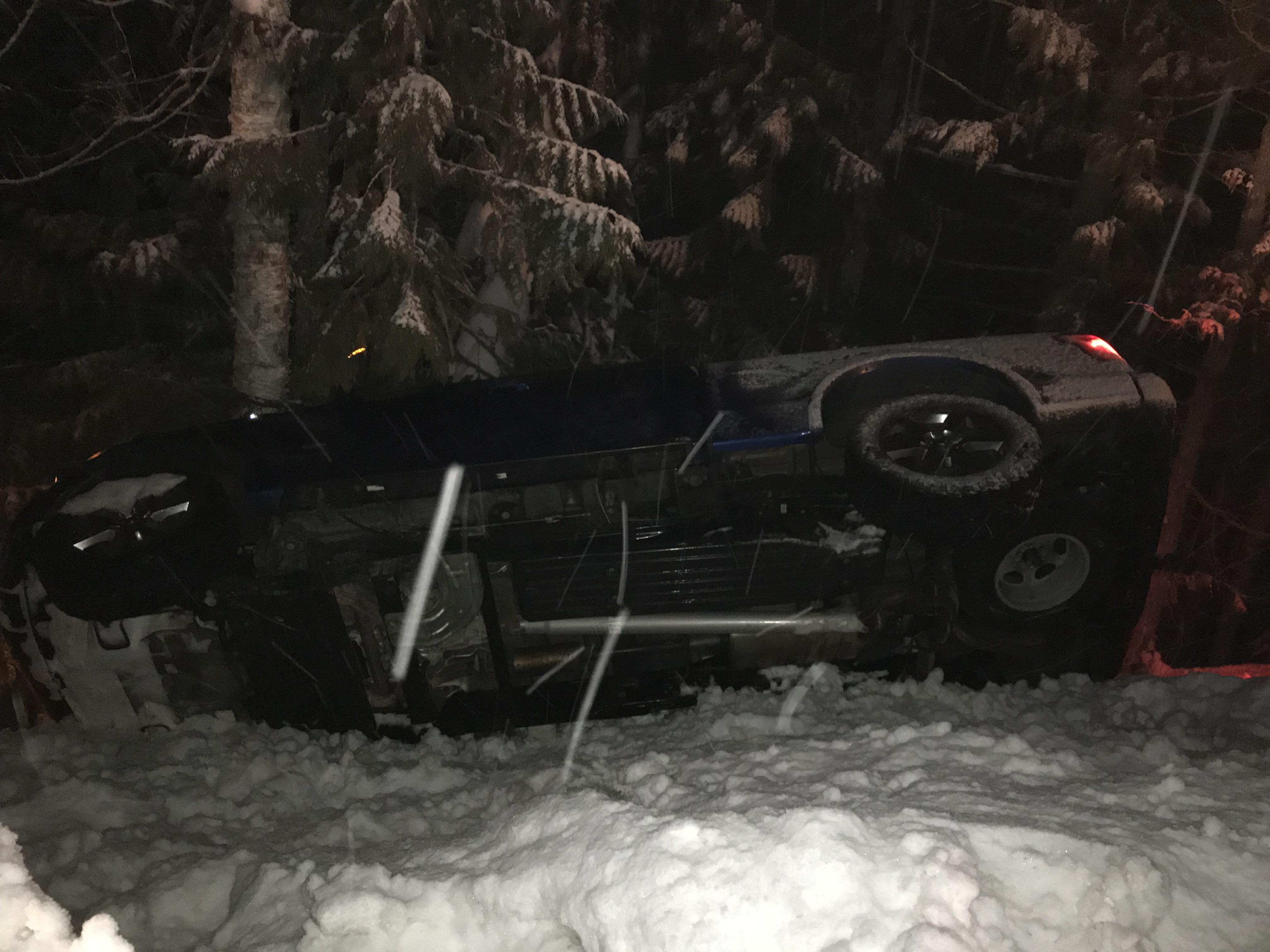 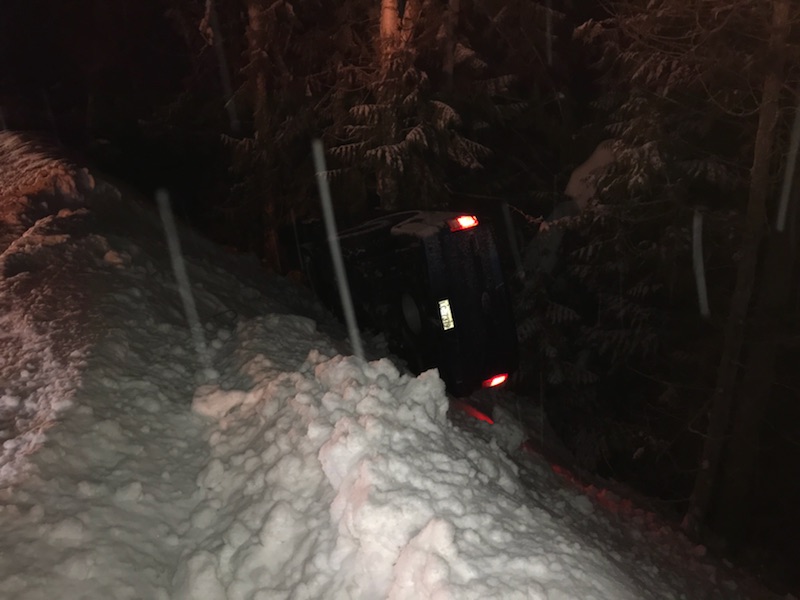 We had a day of 50f weather, rivers of water down the roads, and 0f that night. Then, it snowed about three inches the next day. We were on a shelf road and I was leading- soon as I hit the patch where the water had flowed across the road, and tried to turn... Wasn't happening. I knew I was going for a ride. at the last second I turned the wheels dead straight which saved a lot of damage, and slid down the embankment about 20 feet, then BAM the damn thing flopped onto its side, and then some. Oh, and I was about 20 feet down a 200 foot cliff. Tree in front, but nothing stopping the truck from sliding upside down and rolling down the cliff. I hung upside down for about two hours until they could get enough rigging their to secure my truck without having to put their vehicles on the frozen patch- once secured I let go of my seat belt and almost went through the window and over the cliff, but managed to hang on.

Climbed out of the truck, and up the bank. 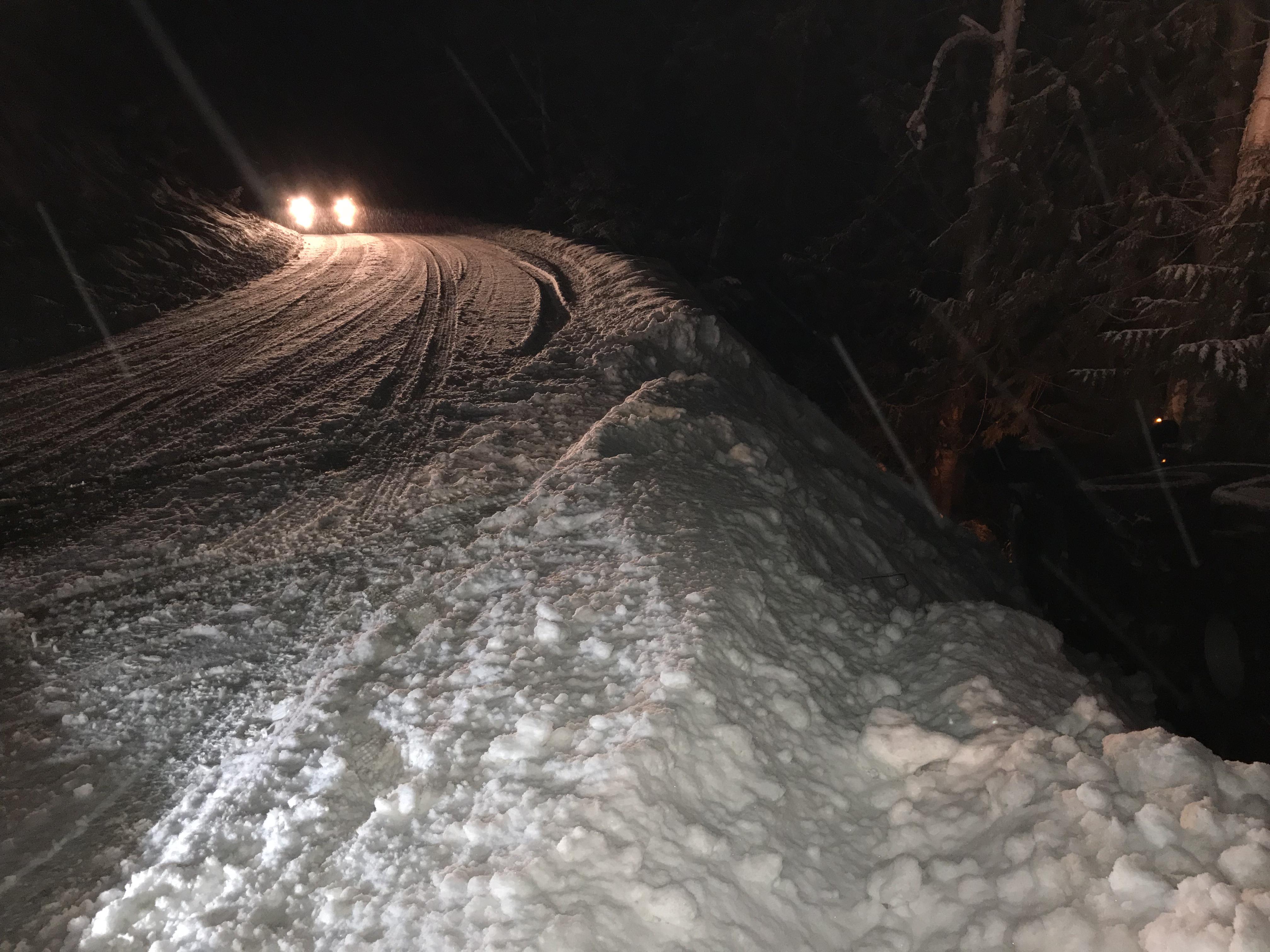 This started about 2pm, I got out of my truck about 4:30, and the first wrecker arrived on scene at about 6:30pm. He called two heavy wreckers after his winch didn't have enough power to do the job, and it got out about 5:00am the next morning. They basically had to pick up the truck, flip it over, drop it down, and pull it up the bank- Oh, the best part? Ford roadside assistance totally footed the bill.

Checked fluids, let it sit upright for an hour, and it fired right up and drove home fine. Now, this is for EVERYONE who knocks Ford's aluminum body panels; I rolled my truck off a cliff and had NO DAMAGE, except one ding, and a few scratched from bushes rolling down the embankment. An hour and $80 with a PDR guy today, you cannot tell anything happened, period. Ford wasn't kidding when they said the aluminum is far stronger than the previous paper thin steel panels.

This is the AFTER. I washed it, polished the scratches, and the PDR guy got out the ding on the box that was maybe an inch wide. NO BODY WORK, period. 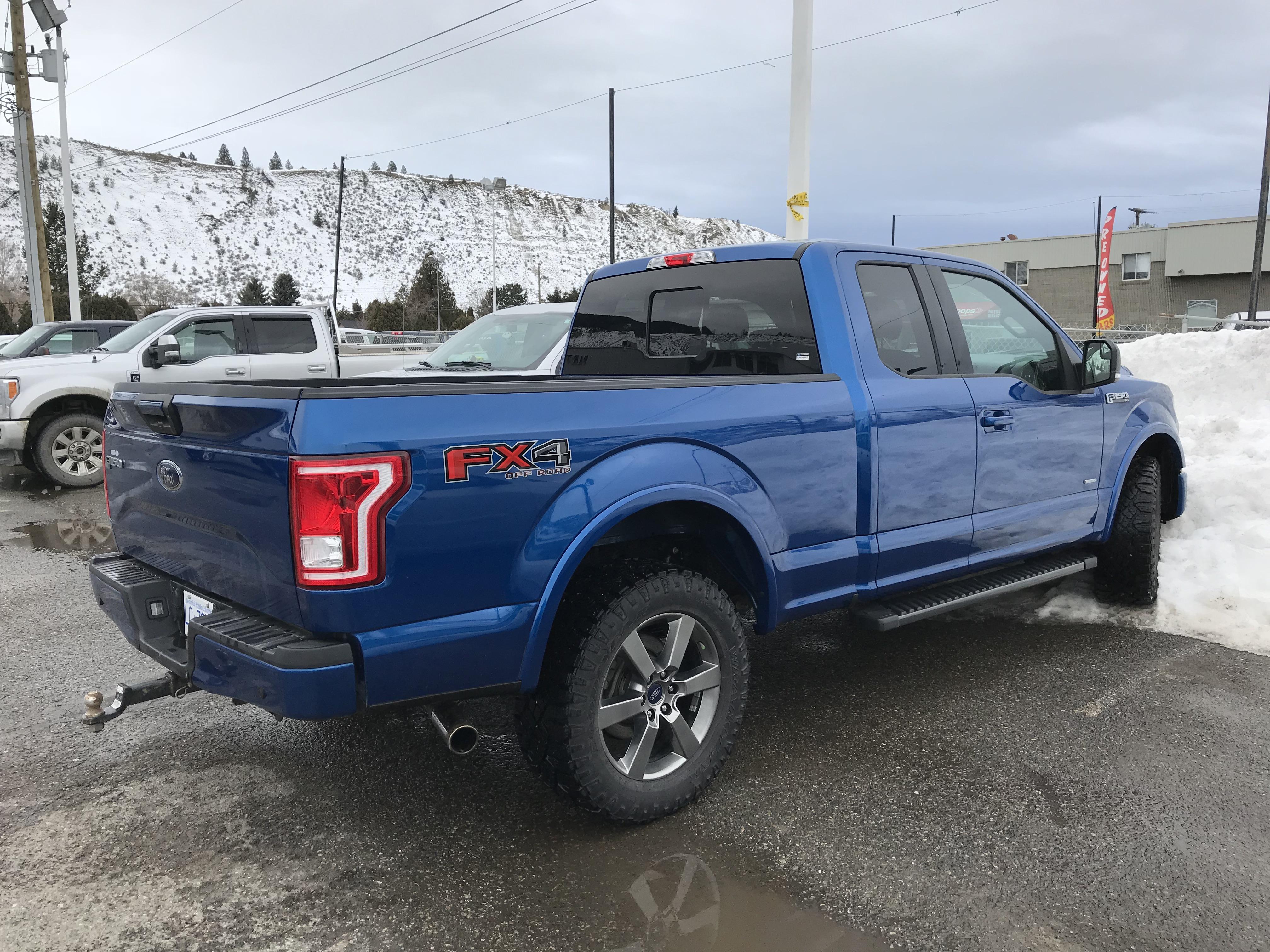 Been stuck many times over the past 40 years but one of the worst was in the early 80's in CO. I was doing security east of Denver at a construction site. We handled security from Friday afternoon shutdown until construction started again Monday AM. We had a big blizzard coming in on Saturday night. I relieved the guy before me on Saturday and the plan was I would be there until Monday AM as no one would be able to get to me during the blizzard. Then when construction restarted Monday I would leave.

Well we had a nice blizzard, typical early spring CO storm...2 feet or so, hard to tell with the drifting, but a ton. Monday comes and I leave. The way I got there was down a series of county roads, I turned onto one running north south which took me finally to a paved road I could take to the highway to get me back home.

So all that is plowed on the county road is one lane. I'm not worried in my K10 SB Chevy. I'm tooling along and meet a woman coming the other way in a Jeep Waggoneer. Being a gentleman I pull quite a bit over so she can pass. She does and I start to pullback into the plowed road....nope. I had hooked my right side tires just enough over the edge of the ditch that I could not see as it was filled entirely with snow from the blizzard. It was one of those deals where the snow was level from roadway straight across to the fields on the side but it hid a 4' deep ditch. By the time I had stopped moving I was up to the door handles in snow, I mean buried. I couldn't open the doors and had to climb out the window. Now like a *************** I didn't have a shovel....so started walking to the farmhouse I had passed earlier. It was 2 miles back. I explained my plight to the farmer and asked if could borrow a shovel, he gave me one and said good luck, told me I could leave it at the door when I was done. Okay great....walk 2 miles back and start shovelling.

Well 2 solid hours of shovelling and I still can't move even 2 inches in either direction. Then I start to hear this rumbling.....I look and here comes the county plow....a big front end loader with a big plow on the front. The driver stops just in front of me and points to the back of the loader. There is a big wire rope wrapped around with a hook. I unwind it, hook it to the front end and get in my truck and wave to the plow driver. He just drives on and drags me back onto the road. He stops I unhook the winch, wind the cable back up give him a wave and he drives on. He never left his his heated cab! Not that I blame him! Behind the plow was a pickup with the farmer in it. He just looks at the hole my truck was in and says, laughing "darn! You were stuck!! I thought you stole my shovel!" I just smiled...."Nope, you can see what I've been doing...." I put the shovel in the back of his pickup, thanked him and headed home an hour away. People wonder why I carry a *bleep*load of recovery gear now. Ha!
Last edited: Apr 9, 2020
Y

Apparently I have an affinity for getting stuck in water.


No cell service, 32 degrees and raining, late for work. The vehicle idled in the water for 4 hours while I went to get help, a lot of fluids and bearings needed service after, but the truck drove itself out and up a hill, and then onto a trailer after getting unstuck.

Shockingly the vehicle fully recovered and still drives around to this day.

The feeling of waves gently rocking your vehicle while it fills with water isn't very soothing. Especially as you watch your recovery Wrangler trying very hard to get itself stuck.

And before anyone gets worked up, these picures are all quite old. I was dumber then, but to the best of my knowledge at the time all situations were legal.

Well you seem to have gotten your moneys worth outa that snorkel.

The thing about getting a Unimog stuck ...... you are STUCK!

I've had three bad stucks that I couldn't get out of on my own. Twice while transporting materials for construction of local multi-use recreational (hiking / biking / equestrian) trails. In both of those cases I was down to the frame and was pulled out by a loader once and a small cat the other time.

Stuck once taking some Danish cousins for a "drive" in the local off-road use zoned forest reserve. Having driven through a number of shallow "puddles" along one particular trail I got complacent about checking before driving through and ended up in a "puddle" approaching five feet deep. I ended up getting a winch out from a guy with a 60's one ton Chevy with a 16.5 k winch with the line doubled and two other trucks chained together behind him with their wheels chocked.