What did you do to your Mitsubishi today?

These are always popular in other car forums.

Didn't see any harm in starting one here!

Nothing. It's just sitting there waiting to be driven.
V

fixed my back hatch. then got sad that i wasnt taking it out this weekend.

Long Way Down: An Epic Journey by Motorcycle from Scotlan...
by Ewan McGregor, Charley Boorman
From $26.5
D

Drove it and watched the smoke come out the tail pipe while taking off at stop lights.

DirtyDC05 said:
Drove it and watched the smoke come out the tail pipe while taking off at stop lights.
Click to expand...

Well I did something... or, rather, completed something.
Last winter my mechanical fan had a blade break off, take out the upper radiator hose and a few other things along the way. So of course coolant spilled out everywhere, temperature gauge spiked, and smoke billowed. All while my wife was driving on the way to a very important meeting in rush hour traffic, on a bridge with no shoulder and bumper to bumper vehicles. Great. She got it pulled over safely as soon as possible (traffic suddenly moved and she was over and shut off in 30 seconds.)

After working out what actually happened, I got the hose repaired and checked that everything was still working proper. Didn't overheat. All good. Except I'm driving a Pajero, in Canada. We never got the Gen II montero, and a Mitsu dealer won't even look at you here if they see you're in a Pajero, and if you call and say you have a montero they know you're lying. They won't source a part. So, I couldn't find a mechanical fan, nor an aftermarket one that would fit on this fan clutch. Maybe I could have swapped clutches...not sure. No parts at any accessible wreckers just across the border, and it was prohibitively expensive to buy one from a dealer and have it shipped.

Soo.... on to today. I finished installing a temperature controller for my electric fan.
16 in electric fan attached by brackets to radiator mounts, pulls air through. Have a fan shroud but it needs modifications to fit and haven't had a chance yet. So, don't worry, it will eventually have a proper shroud.
Fan is wired to a relay, relay is independently fused through an accessory fuse block near the battery. Relay is switched by a 12v temp sensor/controller unit I found from ebay. They are often used in home-brew set ups and in commercial refrigerators and such. Fully programmable to temp that the output leads switch the relay on, and at what temp it switches off. Sensor is NTC thermsistor, however I swapped the probe that came with it for a threaded one that was installed in the upper radiator hose via an adapter pipe. I had used the fan controller that came with the fan for a few months and didn't like it. Its just a rotary dial that changes activation temp, but you never really know what temp you're running on and such. And the probe just shoved in between radiator fins. Not great. This system I know exactly the coolant temp as well as having my sensor right in the coolant flow.

Found out if the car overheated, the control unit just read "High" and wouldn't output to the relay, so I ran a dummy switch just in case. Fused, relay etc. Made wiring diagrams to keep handy just in case. All good! Fan comes on at 100 Celsius (T-stat fully open temperature) and cools to 96 when it switches off. May adjust this later.
Also, I know the whole mechanical vs electrical fan argument. I considered all that jazz. I live in a cold climate, it's been more than adequate, I'm not worried. Can always bolt on mechanical later if I want.
Check it out.

This is the inline adapter that is tapped and threaded on the bottom side of this for the sensor. The top has a brass plug for the hole it came tapped with.

Didnt do much other than drive it in the snow this morning...which was pretty fun! Then drove to Aldi's and bought some PRODUCE!!!!...and some oatmeal rasin cookies lol.

On a side note ive been pricing some tires which im gonna be buying in the next couple weeks, im pretty stoked about that!
E

Nothing today, but earlier this week I had to improvise a repair for my turn signal switch before the blizzard came. That was fun.

I'm almost done Salvaging my Power Windows. I unmounted the window and removed the linkage to roll the power windows up and down. I also cracked open the motor and cleaned it out and lubricated everything with WD-40 White Lithium grease. Here is a sneak preview to an upcoming tech post I'll write later next week. How to Salvage your Power Windows. 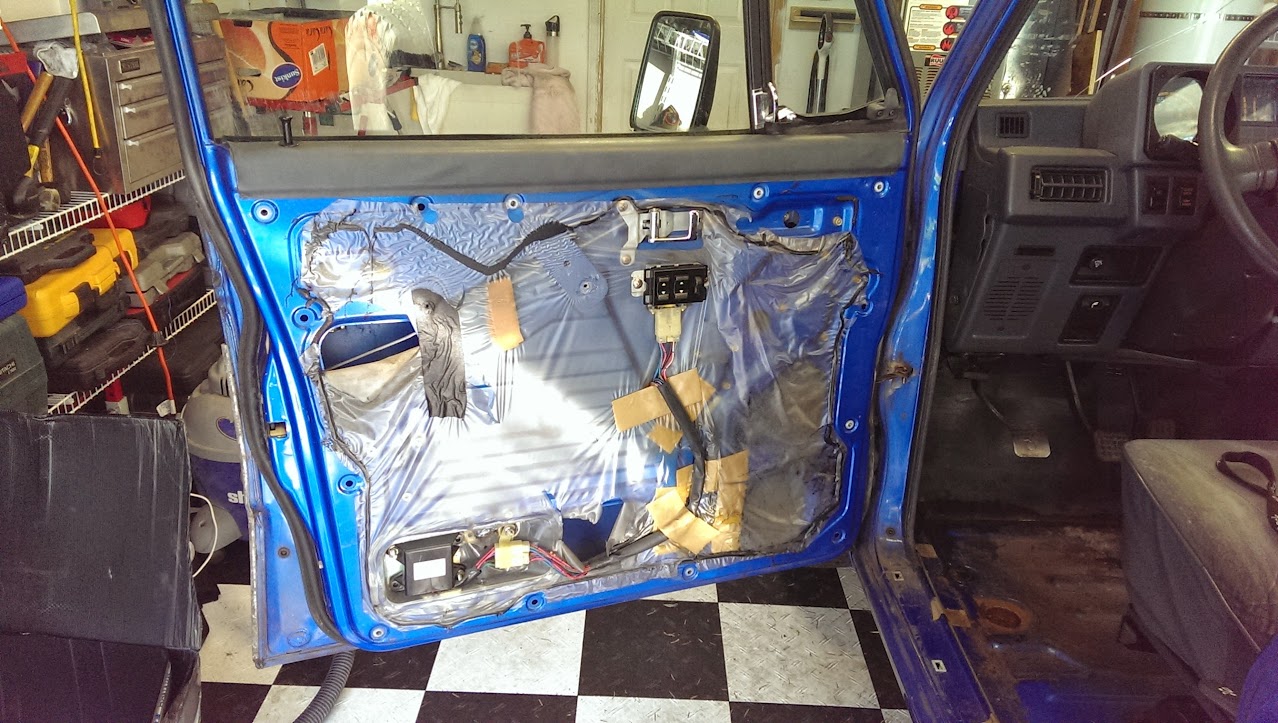 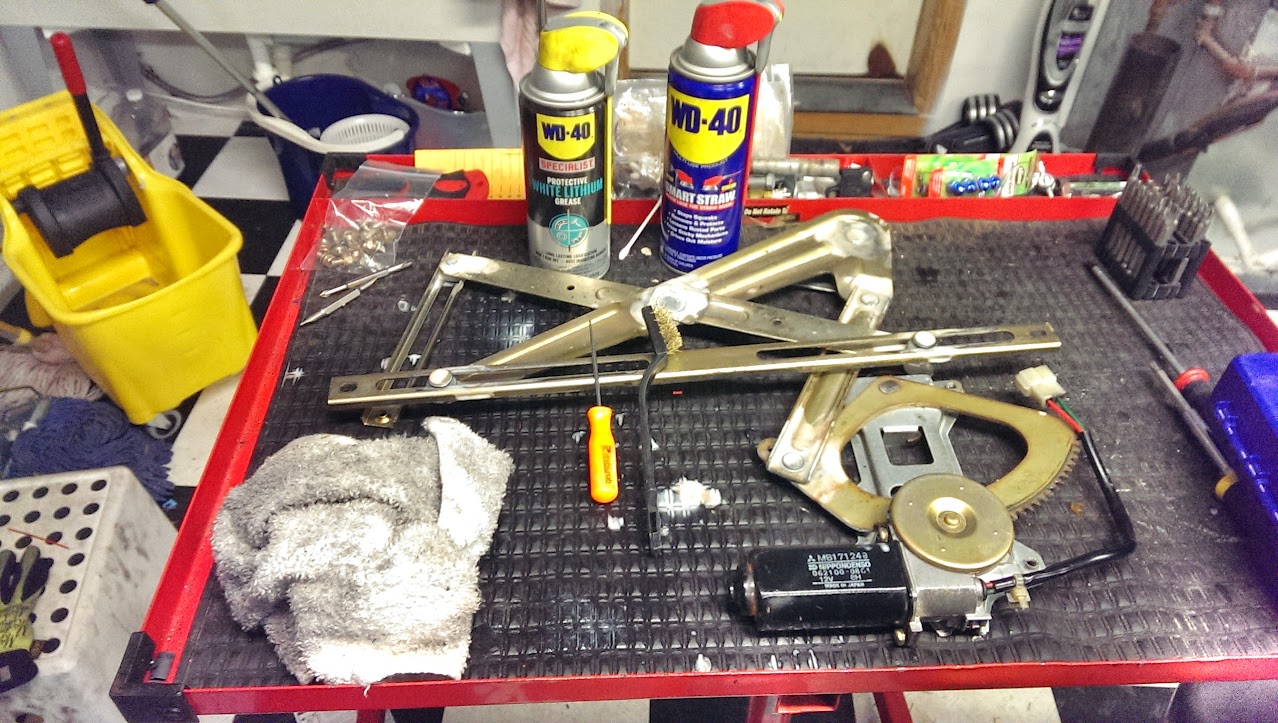 Well I installed new wire in the vanity mirrors so my honey and I would have light to put our makeup on. Oh wait so SHE could put on her makeup. :yikes:

First Overland: London-Singapore by Land Rover
by Tim Slessor
From $11.99

I will be doing an oil change on my 95 SR, as soon as I get off work, I'll be using Mobil1 motor oil and Mobil1 oil filter.
V