I'd say that is as unurban as it gets!

That's quite an update :Wow1: Thanks for sharing.

Wow! Amazing.. I just discovered this a couple of days ago and have been reading this thread any chance I get. Got a little choked up at the end of this journey. Thank you guys for your constant updates and beautiful pictures. You guys are an inspiration!
W

Any more pics of the flat bed truck?
M

Thanks a lot for sharing your experience in Americas and africa. enjoyed a lot.... couldnot stop reading... completed in three days...

Wainiha said:
Any more pics of the flat bed truck?
Click to expand...

The flat bed is an Arctic Truck modification of a Toyota Hilux. They have buildt several. Take a look at http://www.arctictrucks.com/pages/4701

It is absolutely awsome!

Thanks for commenting, Everybody!

The posts aren't as frequent now, but we still have some stuff from the trip we want to post..


Baldwin5505 said:
Hi!
It's nice that you are going to Watson Lake. It's a historical town of British Columbia. I also suggest you to visit the Liard River and Fauna. Both place of Columbia are very attractive. Liard River is near to Watson Lake. The scenery of this river is amazing and Fauna is very popular place of Columbia for wide range of birds and various sort of animals and unique sight of rainbow. There are a wide range of bears over their like (grizzly, black, and the Kermode bear or spirit bear&#8212;found only in British Columbia. So I hope you enjoy the visit of Columbia also.
Click to expand...

Yup, we drove through Watson Lake, of course, on our way north. I think it was in this area we had our only close encounter with a grizzly bear. Apperantly it smelled our dinner when we had parked for the night just off the road. A bit further to the south east, we also stopped for a break in the Liard Hotsprings. Great place to rest sore backs after hours and hours of driving.

I have just read through every one of the 102 pages, took a few weeks when i had time at work, mostly when i should have been working

Thanks for an absolutely brilliant report, loved every minute of it, and look forward to reading more, has really made me want to quit my job and go travelling now

Same as everyone else, I just read through all 102 pages! Guess I need to start to plan my own trip now!
N

We’ve been off-line for a while, but are now back in Norway after a great couple of months on the Antarctic continent. Malin was part of the shut-down crew this season, and they flew out on the 11th of February. I’ve been in Norway for a couple of weeks working on the Patrol. The Patrol which has looked like this for the last five years, is under the knife... To get the car through the roadworthy–tests in Norway, the lift, the big tires, and also the steel bumpers have to come off. All the camping gear has gone into storage, and the modifications have been reversed back to original settings. It has been quite a few hours spent in the workshop to change back to the original parts, but fortunately it seems everything has survived the time in storage. The only thing left is to replace the axles with lower geared ones. The axles we’ve had have been geared for 37”-38” tires, and the original tire size is about 30.5” Feels weird, and the size difference is significant! Underbody protection is coming off, and so are the rock sliders on the side. Originally the Patrol has steps. 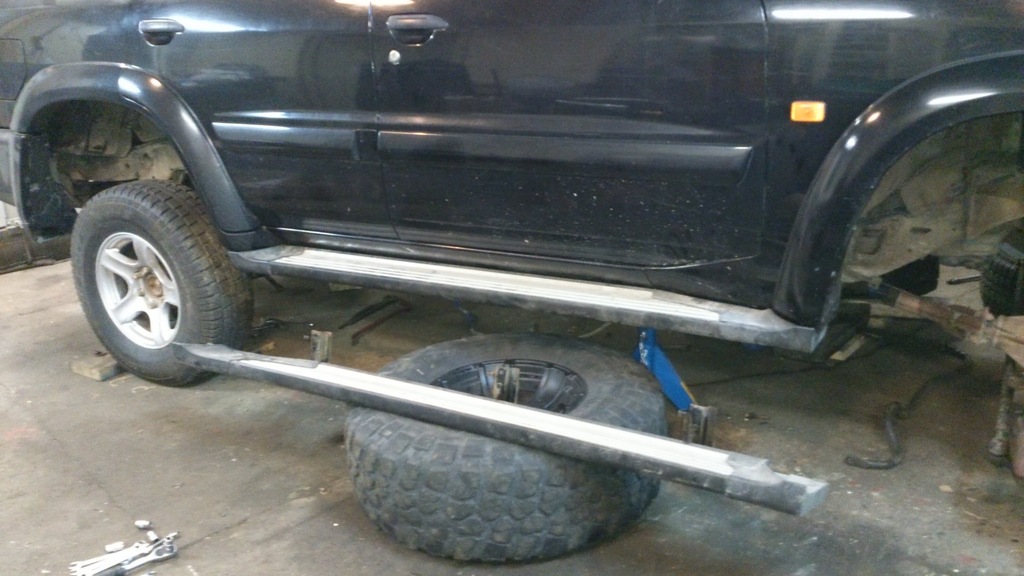 The adjustable and longer/dropped control arms are replaced with the standard arms as the lift coils are taken out. The arms from the lift kit is on the floor.

Everything is put back on and I had the first test drive. Next up is a good rub and polish, and to mount back seats. I still think it looks good considering what it has been through! 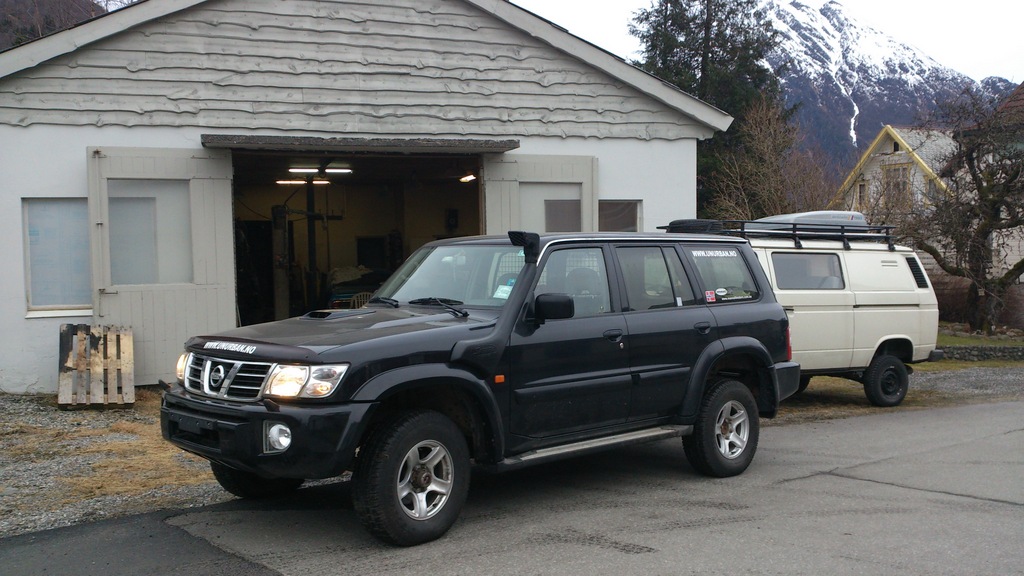 And so it ends for the unURBAN Patrol. Soon to be for sale...

This is my third time reading your posts and I was finally able to finish past Ethiopa (I hate endings). There must have been a sudden dust up in my house because I started to tear up when I saw the Patrol in its original state. Thank you for documenting your journey and I can't wait until the next one.
G

unURBAN - your blog has also provided a nice read for us whilst on our travels, well written and interesting! long term travel certainly gets under your skin and makes the world seem a lot smaller.

We are currently in the UK after travelling from Vladivostok and intend being in Norway for the summer solstice, our chance to see some of your homeland!

Anyway if you are ever back in Western Australia, then you are welcome to look us up!

cheers for now - Justin and Jen

As a side note the flag hanging in the shop where you bought the tyres looks like it is meant to be the Australian flag (for ARB), but is in fact the New Zealand flag. Whoops, they're like the our tempestuous little cousins anyway, so...
Click to expand...

No, they had it right. That Kiwi flag looks great up there!! Jealous Aussie...
E

Fantastic Adventure!! It's inspiration for sure, I'm working towards a Central America expedition and I have learned a lot for your thread.
Thanks for sharing it with us all, Espen and Malin!!
Cheers,
James
Z

ExpeditionKiwi said:
No, they had it right. That Kiwi flag looks great up there!! Jealous Aussie...
Click to expand...