Revo2k11 said:
I was out there a couple of weeks ago and someone had already destroyed that pool table. People just can't leave stuff alone...
Click to expand...

Sadly, that has been my experience as well. Even in the most remote places.

So looking forward to more of the story

Anything that takes me to the desert - I'm in.

Finally used the free time of the holidays to wrap up another chapter of my trip.

Will add a few more still photos to this post soon.

Great trip! Thank you for sharing.

Used some of the winter break (I'm currently back in school) to knock out another chapter of my solo trek across CA/AZ/NM/TX on the Butterfield Overland Mail Stagecoach Route.

Wow, I just came across your video and was intrigued with the title including the Butterfield Stage route. I had never heard of the route until recently when scouting out a trip to the Guadalupe National Park with my wife. We plan to drive out from Las Colinas, TX and hit a small portion of the trail after we hike to the top of Guadalupe peak. Keep up the great video journaling! BTW, what drone platform are you using? Do you like it?

I'll be watching for the next episodes!

Trailguy said:
Wow, I just came across your video and was intrigued with the title including the Butterfield Stage route. I had never heard of the route until recently when scouting out a trip to the Guadalupe National Park with my wife. We plan to drive out from Las Colinas, TX and hit a small portion of the trail after we hike to the top of Guadalupe peak. Keep up the great video journaling! BTW, what drone platform are you using? Do you like it?

I'll be watching for the next episodes!

Thanks!! I'm glad to help raise awareness to such a cool part of our national history. I effectively ended my journey at Guadalupe Mountains.
I appreciate the kind words.

I fly a DJI Mavic Pro, the original model. I love it, it's very intuitive and fun to fly. My buddy purchased the Mavic Platinum and also has had a great time with it.
Enjoy your trip.

Another day wrapped up. In this one, I visit the Oatman Flat Station, the Painted Rock Petroglyph Site, bike the Sonoran Desert's Butterfield Pass (it was off-limits to 4x4's during my visit), and head to Ironwood Forest National Monument. 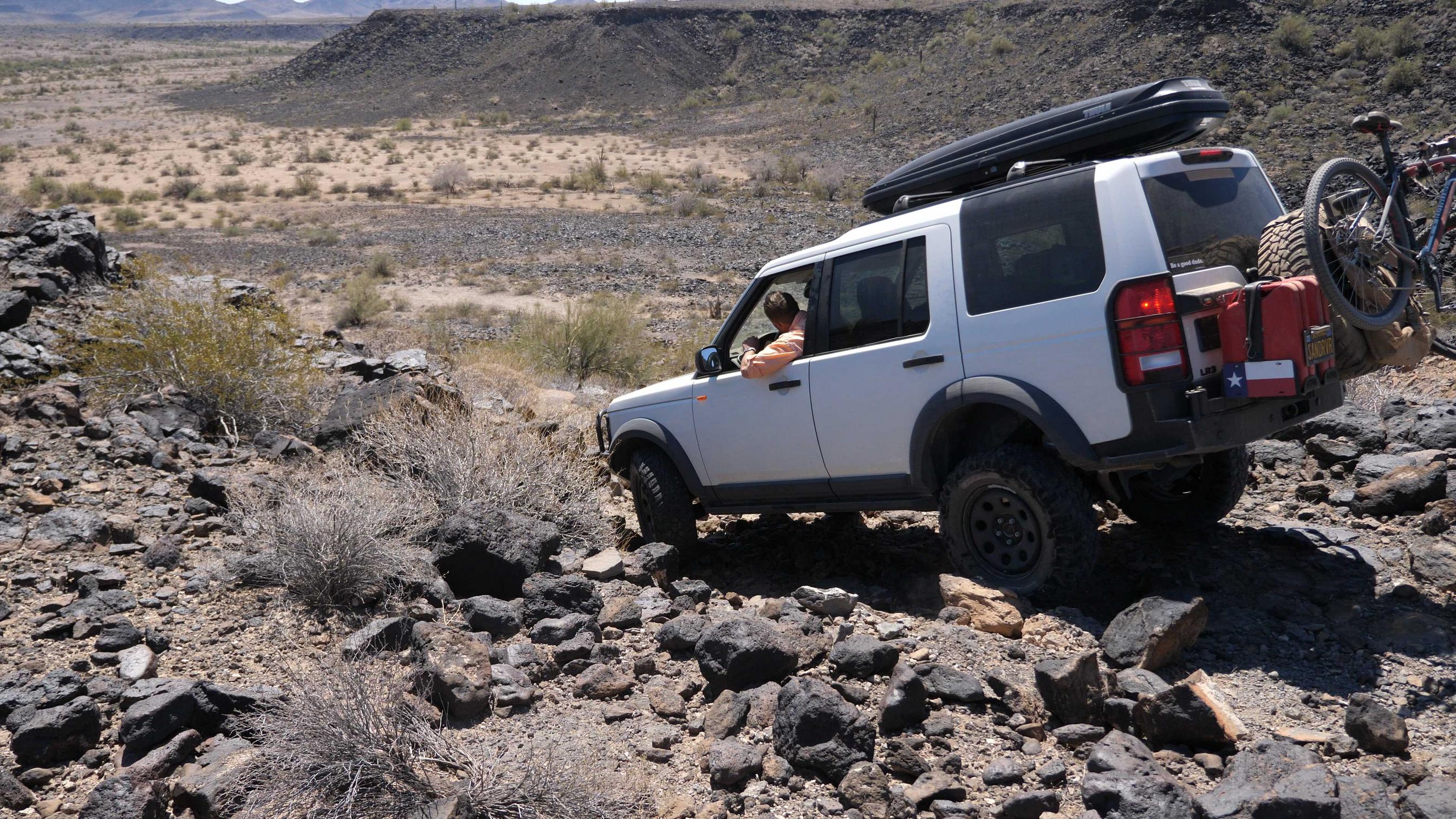 Awesome, thank you for sharing!

Thanks, y'all!!
I'm glad people are enjoying this adventure. I've thoroughly enjoyed reliving the adventure through editing the film and telling the stories of the route's rich history.

I recently finished the next day of my travel, and am excited to share it with all of you who have been following along: 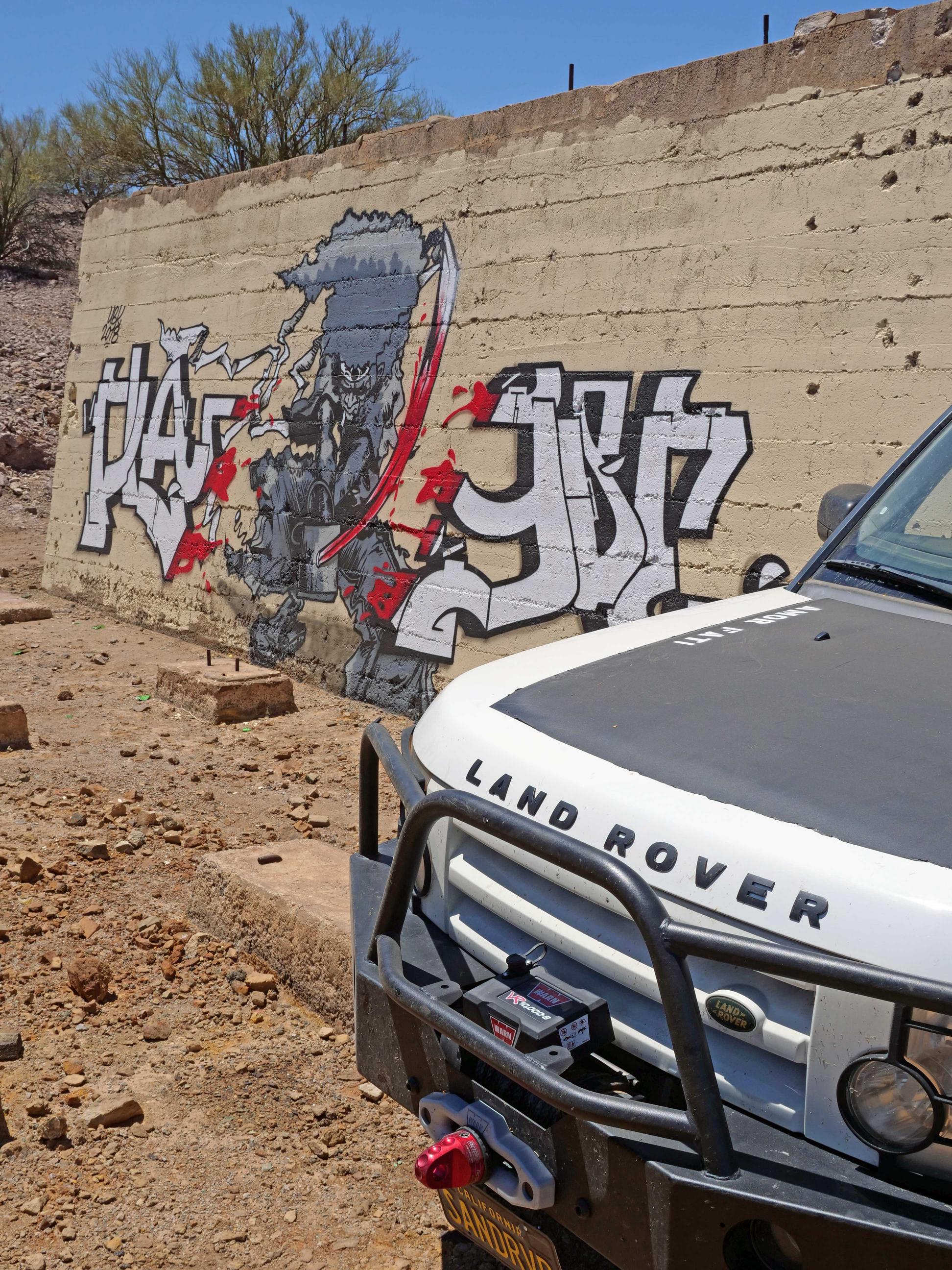 Yet another day logged and published. As I research more of this trail, I find several vibrant communities exist online in the study of the Butterfield.
One of the best ones I've found that I'd like to share with anyone else interested in this aspect of history is The Southern Trails Semi-Annual Journal, they have a heavy focus on different areas of the Butterfield and many other trails throughout the SW that I believe many of you may find an interest in.

That being said, here's my clip for the eighth day on the trail, visiting Tuscon, Saguaro National Park, the Cienega Creek Station (and a false lead to find it), the San Pedro River Crossing (now a dried wash), and the famous Western town of Tombstone!
Please enjoy, I'd love to hear any feedback how I can improve further installments of this trip (more maps, more history, etc):
I gazed at the birds soaring above my camp in Tuscon Mountain Park and wondered if they were perhaps the same birds that greeted me the morning before, further back along the historic Butterfield Overland Stagecoach Route.

As they moved on, I knew it was time for me to follow suit. Saguaro National Park surrounds the major metropolitan area of Tucson, and is actually divided in to two halves, the East and West portions. I had driven through much of the Western portion the day before, and do a short tour of the Eastern side, today.

I headed in to Tucson to see if there were any remnants of the old ‘Tucson Station’… all I was able to find was this Dairy Queen (where my map indicated a station once stood). I’m sure a blizzard would have been outstanding on the trail.

My next stop was to head to the famous Desert Rat Off Road Center, replacing the TREDs I lost on my 5th Day on the trail… be sure to check out that video if you haven’t seen it! From there I went to a local outdoor store, Summit Hut to replenish some other essentials. 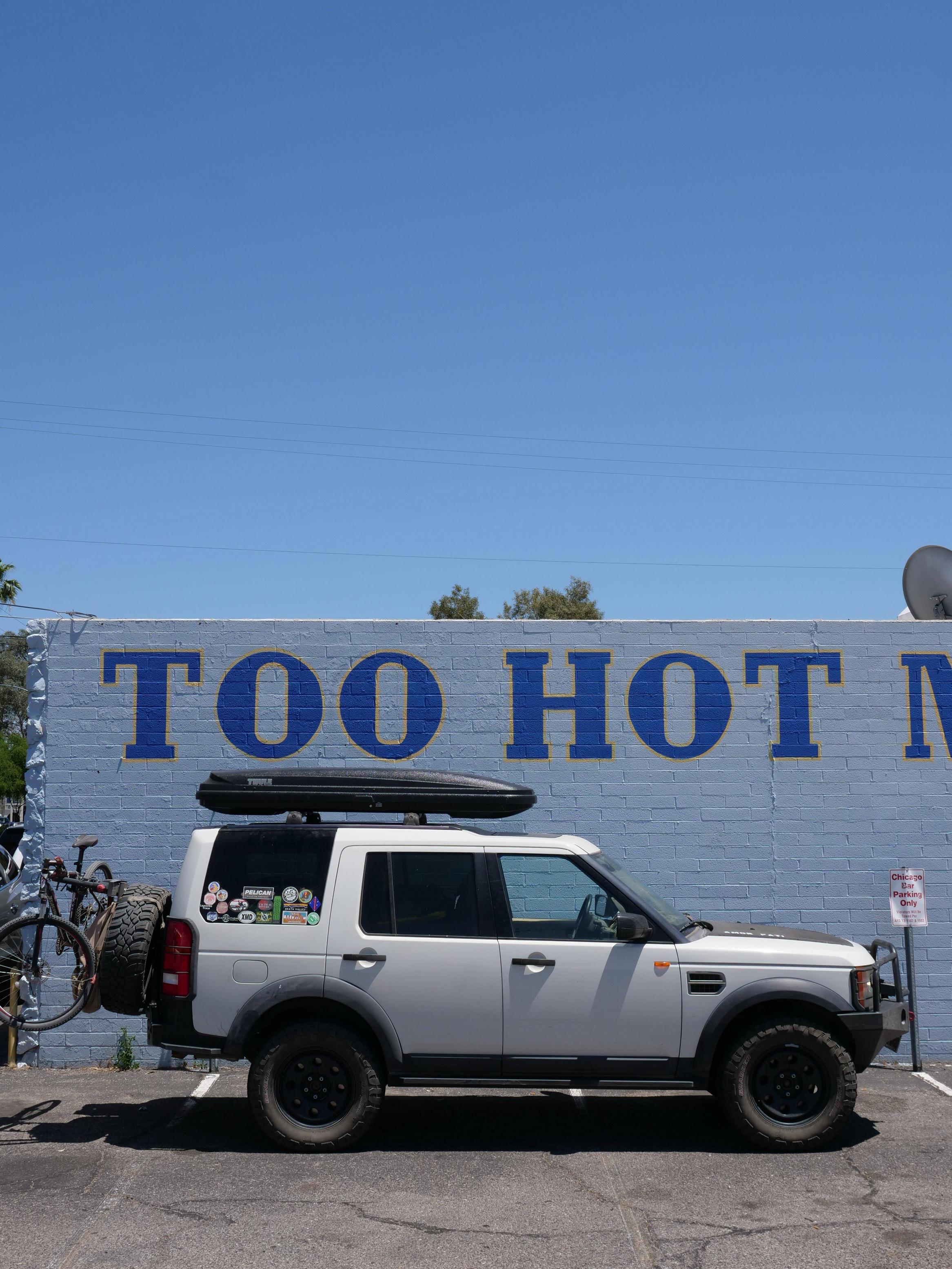 It was midday, and awful hot, so I stopped for a photo before heading into the Saguaro National Park – West. With this being a slight detour from the Butterfield, I left the bike mounted, and did a quick car tour of the park, enjoying the flora and views of the park…

After the scenic loop, I was headed to search for Cienega Station! The Cienega station is a storied station in the local area, and was at the literal crossroads of mankind, dating back to the Paleo-Indian era. I found Edward Vail’s writings on the area to be fitting, and I’ve shared them here with you.

From the Cochise and Apache tribes, pioneers, Butterfield Stagemen, and railroad workers, the area had certainly seen its share of travel. I had a couple of leads from my research on the whereabouts of this station, so I set forth to see what I could discover.

As I was traveling eastbound, my first clues led me to a turnoff from the highway, and an abandoned cowpen near the railway… the rail was a good sign, as many tracks mirrored, or even covered the original route of the Butterfield… I decided to do an investigative hike, and was greeted with a passing freight train.

In multiple writings I found in my research, the location of this station varies, and very likely could have been moved throughout the operation of the stage line. The first location lead me to this opening, east of the railway. However, I read there was another location further along Cienega creek, so I continued onward to explore. 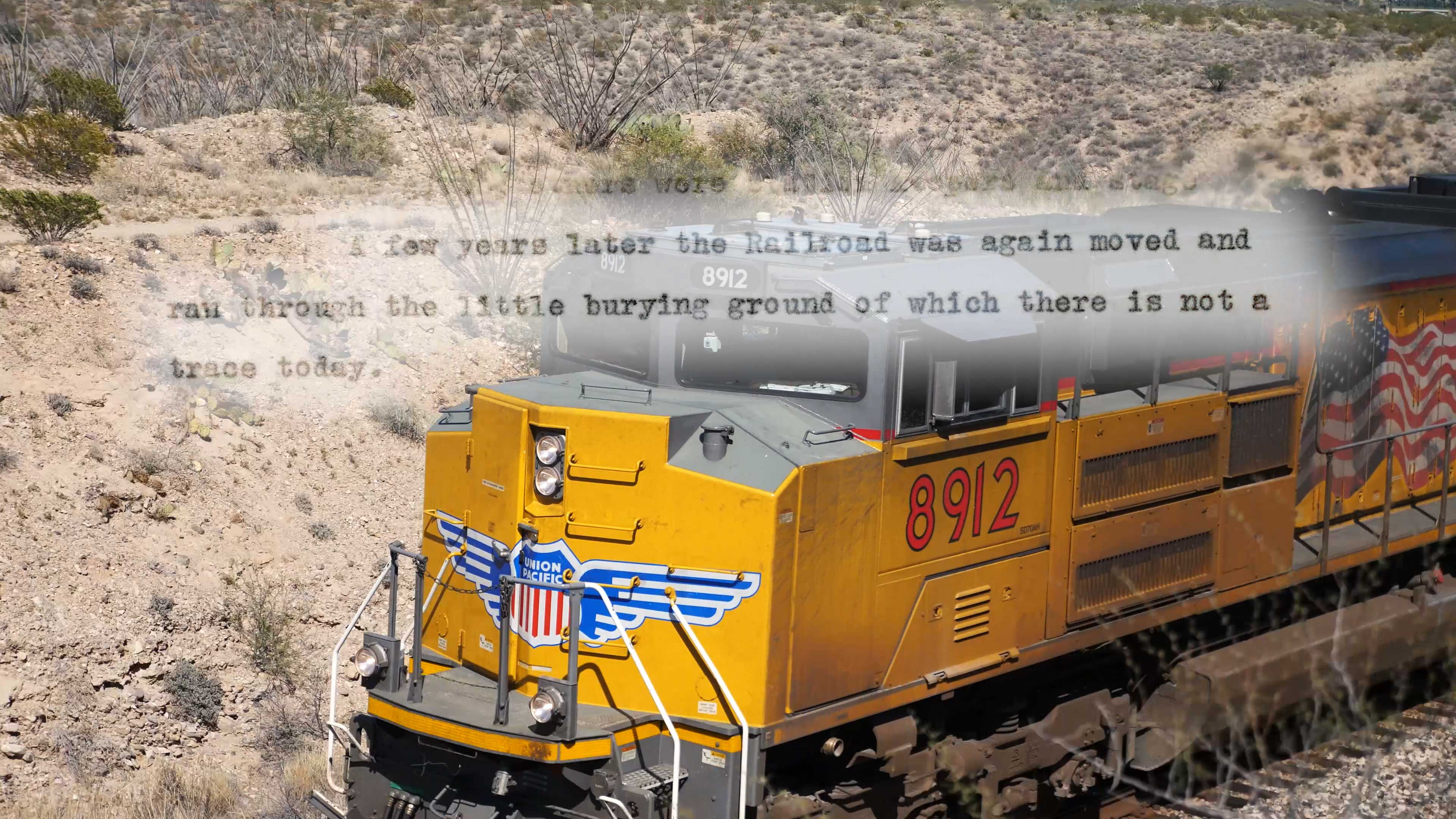 This lead me to a turnoff for the Cienega Creek Preserve. At the “THREE BRIDGES” landmark. what appeared to be a popular hiking destination.. A short ways east of the parking lot lies what I believe to be the intact ruins of the Cienega Station of the Butterfield Stagecoach.

To my delight, upon examining the site, there are clearly ruins of the foundations and walls of the old station, and a plethora of metal scraps and artifacts in the vicinity. This was a particularly exciting find, as it had been some time since I’d discovered the actual remains of one of the stations themselves. The reports of this station say it was once 60 by 114 feet, with living quarters, stock corrals, and more… the station burned down in 1862. Shortly afterwards the US Army camped here during the civil war. I believe many of the metal scraps and other debris were remnants of the rail construction in the area over the past 150 years, largely a home to Chinese laborers in the 1880s.

After surveying the ruins, I headed back to my truck at Three Bridges, and was off to the next station along the route, the San Pedro River Station. I was looking forward to seeing a river station, although, even in Ormsby’s 1858 account of the trail, he described the flow as insignificant, despite a lush, green valley… 160 years later, that account still held true. The crossings was a sandy wash, and due to the development of the town of Benson, the station has all but disappeared.

From Benson, I had to take a short detour from the Butterfield Route and visit the famous wild west mecca of Tombstone! The town that was ‘too tough to die’, home to the gunfight at the OK Corral, and dozens more stories of western lore and Hollywood reincarnations.

Driving into the town of Tombstone you’re instantly transported back to the 19th century. The town has done a superb job of retaining its lineage and history, and I was already glad that I decided to visit. 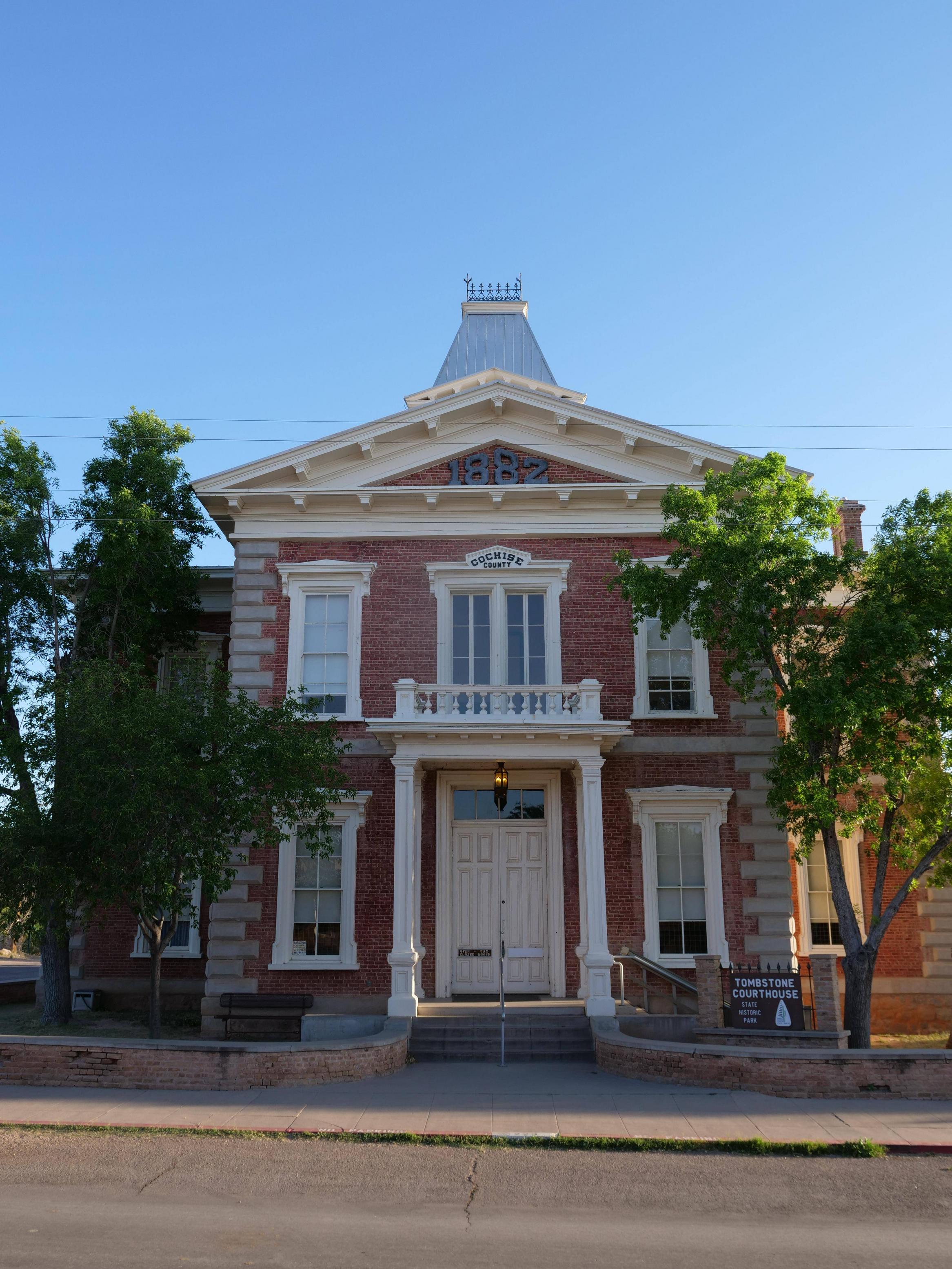 I also had to inspect the local brew and resupply my coolers... Tombstone has an outstanding brewer , I highly recommend their cleverly named “ANOTHER EXERCISE IN MEDIOCRITY” IPA.

While these days, you’re equally likely to see a pickup than a gunslinger on horseback, they still walk the streets.

As the sun set over Tucson, I dropped in to the Crystal Palace Saloon, made some friends, and then set off into the night….

Where I made some more friends… I’d been around a lot of backroads, but I’d never encountered a pack of horses out roaming around, let alone one friendly enough to come say hello. I drove alongside my friends for a short while, before they finally parted ways into the night. 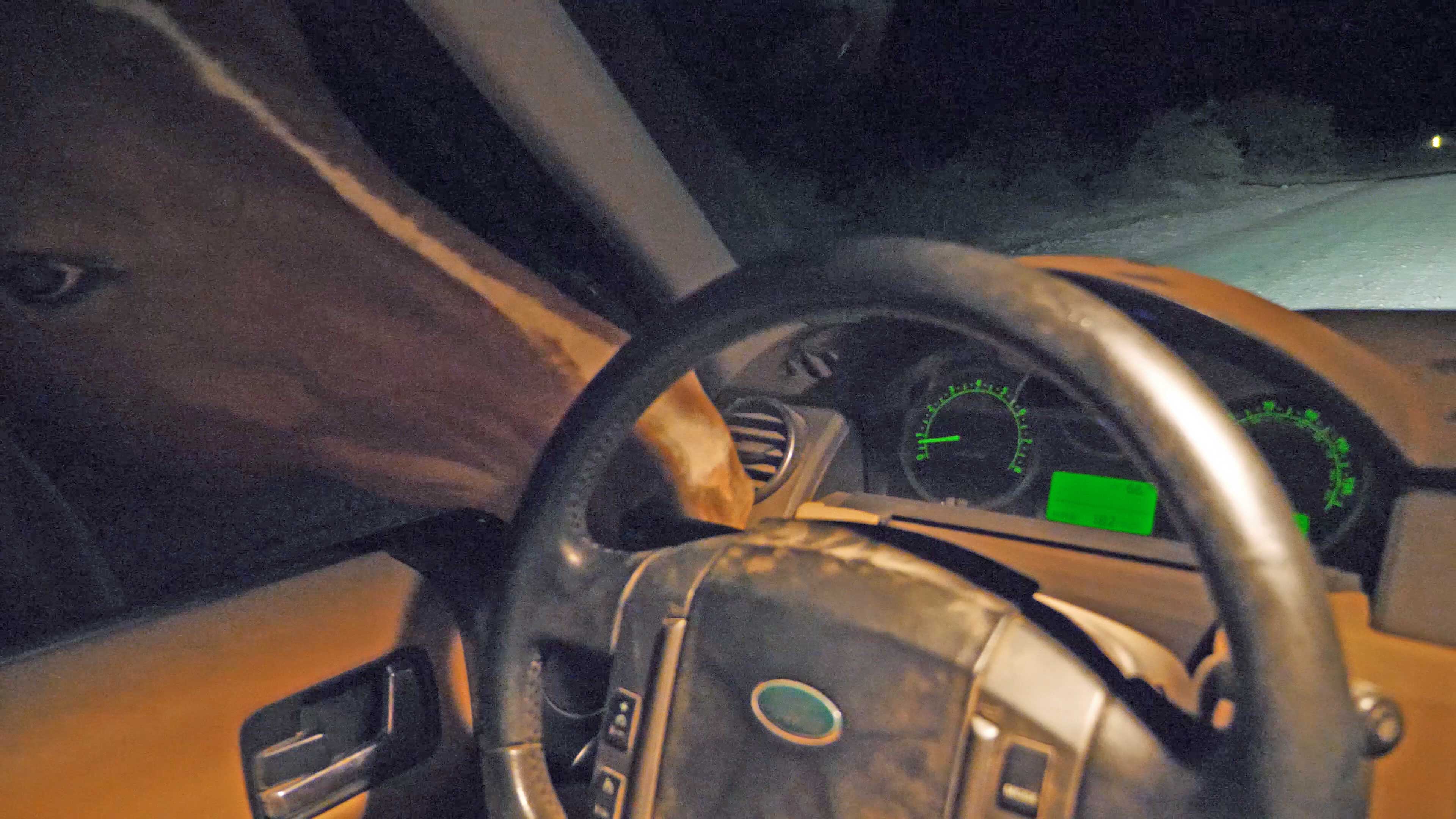 From there, I headed up into the Coronado National Forest, and the Dragoon Mountains towards the Cochise Stronghold, where I would be staying for the night. Tomorrow I would set back onto the trail and explore the Dragoon Springs Station… see y’all soon.

Make sure you stop in Bridgeport Texas, they have a Butterfield stage coach on display: