Plano's a decent brand, the 56qt have a cell / web reinforced lid structure and I was able to sit my large self down on one comfortably with no obvious flex or deflection.
The much large olive totes do not have a reinforced lid.
Neither has a sealed lid / gasket.
For the price I think they're pretty good for general org or slinging some camping gear around. 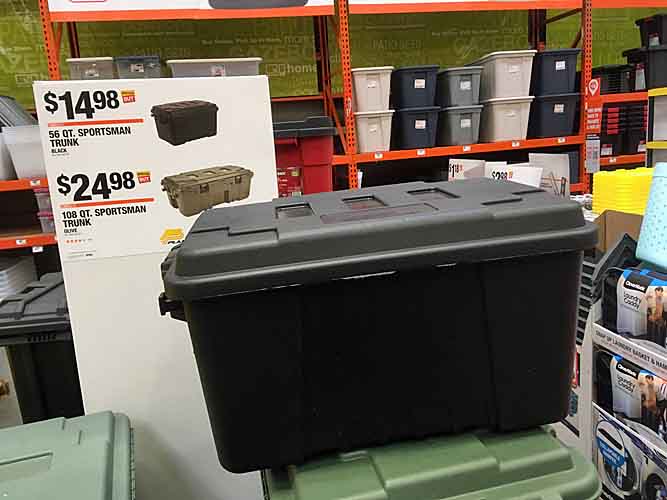 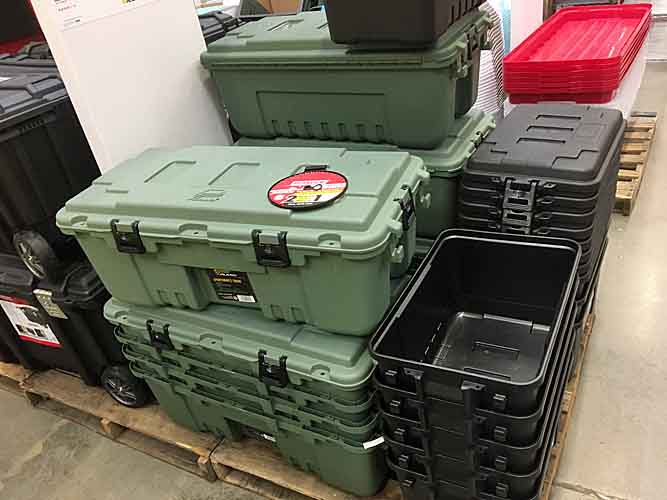 rayra said:
Plano's a decent brand, the 56qt have a cell / web reinforced lid structure and I was able to sit my large self down on one comfortably with no obvious flex or deflection.
The much large olive totes do not have a reinforced lid.
Neither has a sealed lid / gasket.
For the price I think they're pretty good for general org or slinging some camping gear around.

@rayra Thanks for posting this. I just came from HD and logged on for the exact purpose of posting this deal

I wrote about mine in this post last summer.

I’ve been looking for a replacement for the tote that I use for rodent resistant food storage. The 8 gallon Rubbermaid fit well in my truck tool box and also was a good fit in my Jeep between my drawer unit and my storage rack. The tote worked fine (even if there are more “Expo” choices) but I...

HD‘s price is about what I paid at Sportsman’s Warehouse last summer. I’m very pleased with the two 56 qt. totes that I purchased.

On one of mine I used some 3/8” round foam weather strip in the lid groove to improve water resistance. That mod was suggested by someone in my thread.
Ive used the modified tote twice in a rain storm @65 mph, while strapped on the bed of an open trailer.
No leaks with the added weather strip.
Last edited: Dec 27, 2019

Some product pages. Too bad they're light on specs: 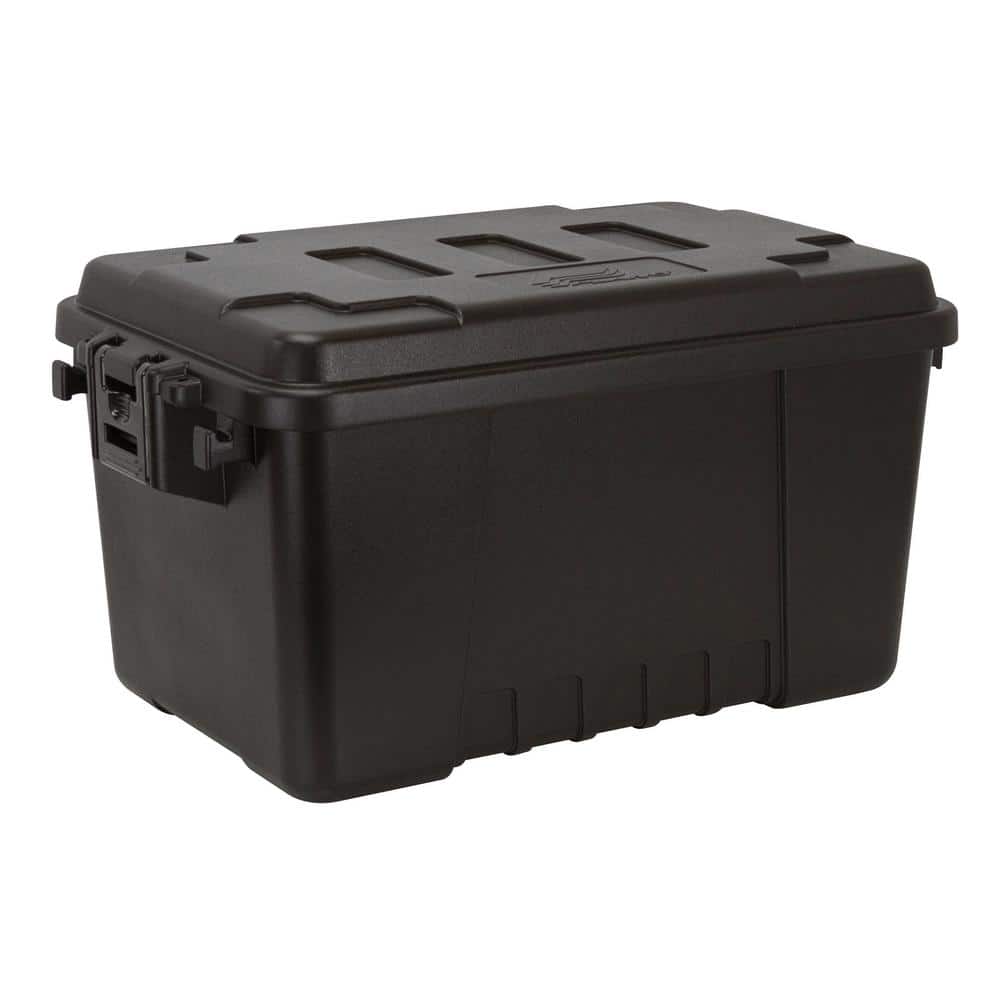 Our Most Versatile & Stackable Storage Case Is The Small Sportsman's Trunk. Packs 56-Quarts Of Your Hunting & Outdoor Gear. Save 15% On Your First Order Here.

A Storage Dream Come True, The Medium Sportsman's Trunk Is Extremely Versatile You'll Want To Buy 10. Buy Directly With Us + Save 15% On Your First Order.

If You Enjoy The Outdoors, You Need This To Store Your Valuable Gear. Shop For A Large Sportsman's Trunk Large Today. Save 15% On Your First Order Here.

I like ActionPackers, but they cost too much for what they are, and aren't as rugged as boxes like these.

Blasphemy! Actionpackers are the homecoming queens.

But on a more serious note, sometimes you do have to date her ugly friend.

But on a more serious note, sometimes you do have to date her ugly friend.
Click to expand...

Hey, I didn't say I was selling mine.

I got a few a while back to throw in my trailer. I found them at Rural King for about $15 for the smaller ones. 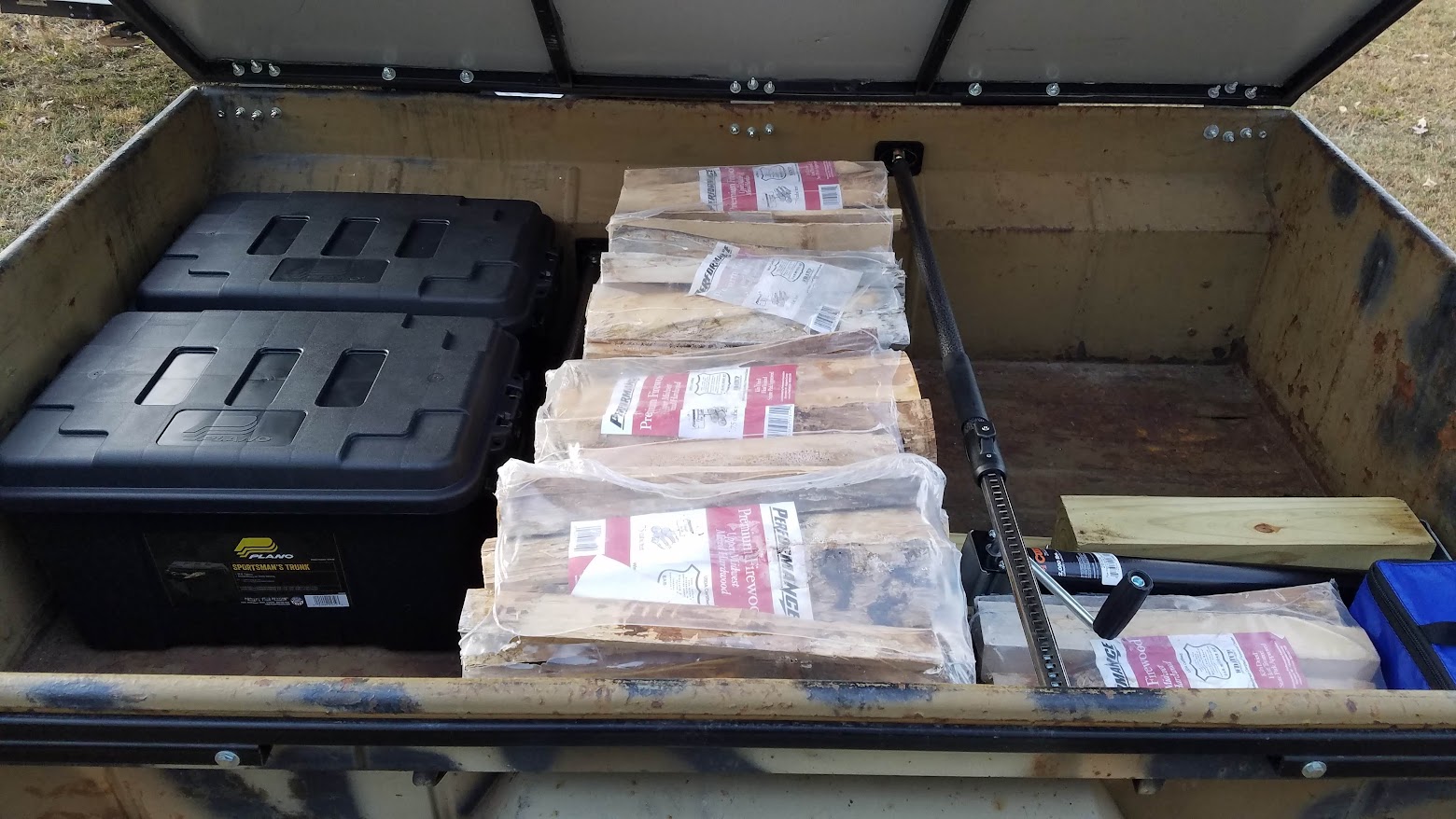 I hate action packers.Grab one by one handle and the lids pop of, too expensive, leak water terribly through the lids bad design for storing square items. I could go on and on. I just checked and my store has these Planos here in washington state. Thanks a bunch for posting this.

I have often thought of using something like these packers but with the leaking and their frailty I think I will stick with my surplus medical chests. They lock down with 10 latches, handle on each end, can almost drive over them and they do not leak at all. In fact when coming down from altitude to sea level the change in atmospheric pressure will make them impossible to open if not for the pressure release screw.
K

Been running with these plano boxes for a while now. They are just perfect for my needs. Light, Sturdy, flexy, can stand on them, douvles as chair and table. I seal the lid not for rain but for dust. Without seal, i had no issues with water intrusion but dust always find a way. 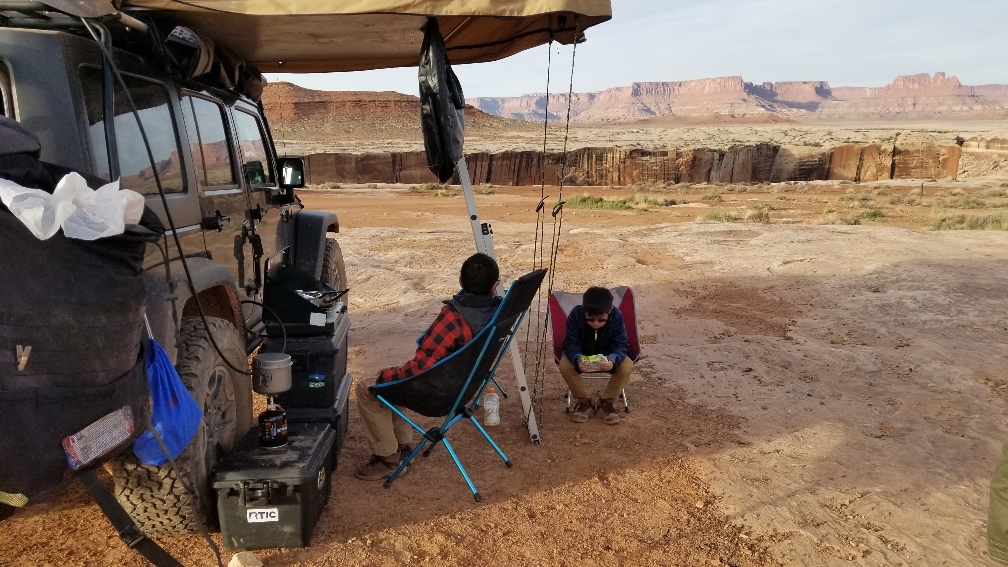 Menards has them very cheap when on sale also, good totes for the money

I went back and picked up two of the 56qt totes, took a few detail photos which I'll post shortly. The top edges of the tubs are rounded and fit in a 1/4" U-shaped groove in the lid, so it's a pretty good fit regardless. Addition of some foam weatherstripping as mentioned above would be ideal. The latches also overlap a sort of finger pocket molded in the side of the tub, so when picking them up you grip that pocket and not the latch itself, which seems to solve the action-packer issue.
They just fit my existing garage shelf and workbench height / spacings, so I'll probably be gettign a couple more for camping / camp kitchen gear and filling up with various firearms gear and spare parts. At a guesstimate I'd say they hold about 25% more volume than a standard file box.
I alos picked up a couple parts organizer trays / lidded containers, $10 / 2, HomeDepot / HDX brand, that looked useful. Each cell is a roomy fit for a golf ball, with some double-sized partitions. And with their side latches they stack and lock together. I've been using various tupperware tubs to organize bolts and screws etc, and a variety of plastic shoeboxes. But I like the idea of these organizer trays more. I'm more of a mess than OCD, but I do like to find the stuff I know I have more quickly than it usually takes me. 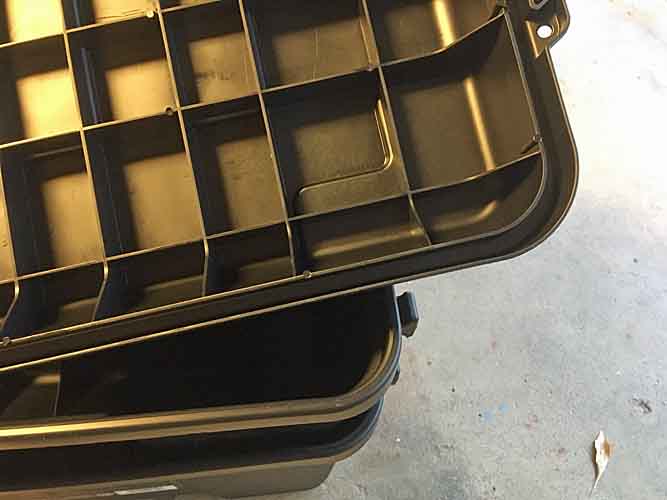 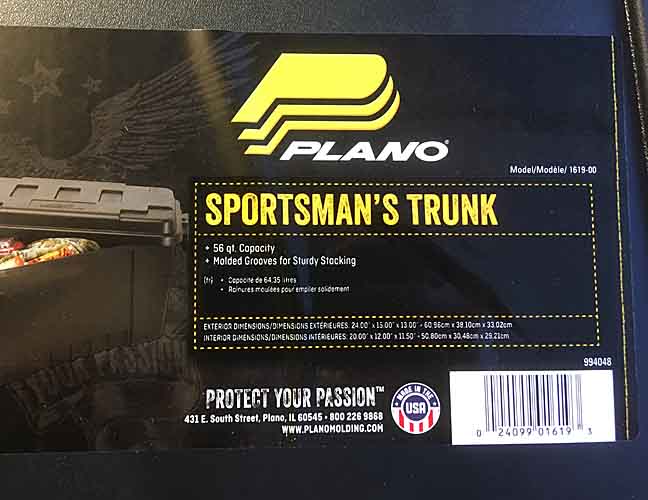 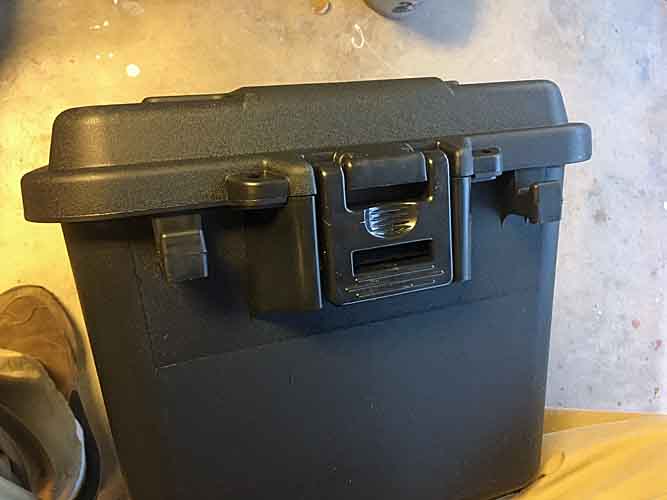 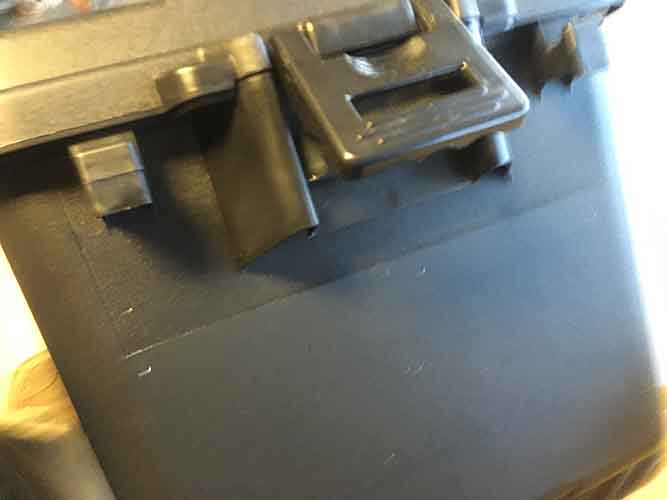 FYI looks like Amazon is blowing out the big ones for $25.

Just a head's up on the labeling from the Medium Plano totes, as I originally noted in this thread: