It's my understanding that some African tent safari camps use a shower tent and a bucket with a nozzle. One brand that I've found is the Tarpo Company. I do not have one, but have been thinking about building or buying something of the sort. Pretty old school and simple.

Without getting into the intricacies of onboard water you could always go with a heated portable system. For the most part all you need is 12V power, propane, and a water source.

Here is another shower I idea I have never tried. I saved the link on my Amazon "wish list" years ago when I was trying to find an easy to use, compact shower. 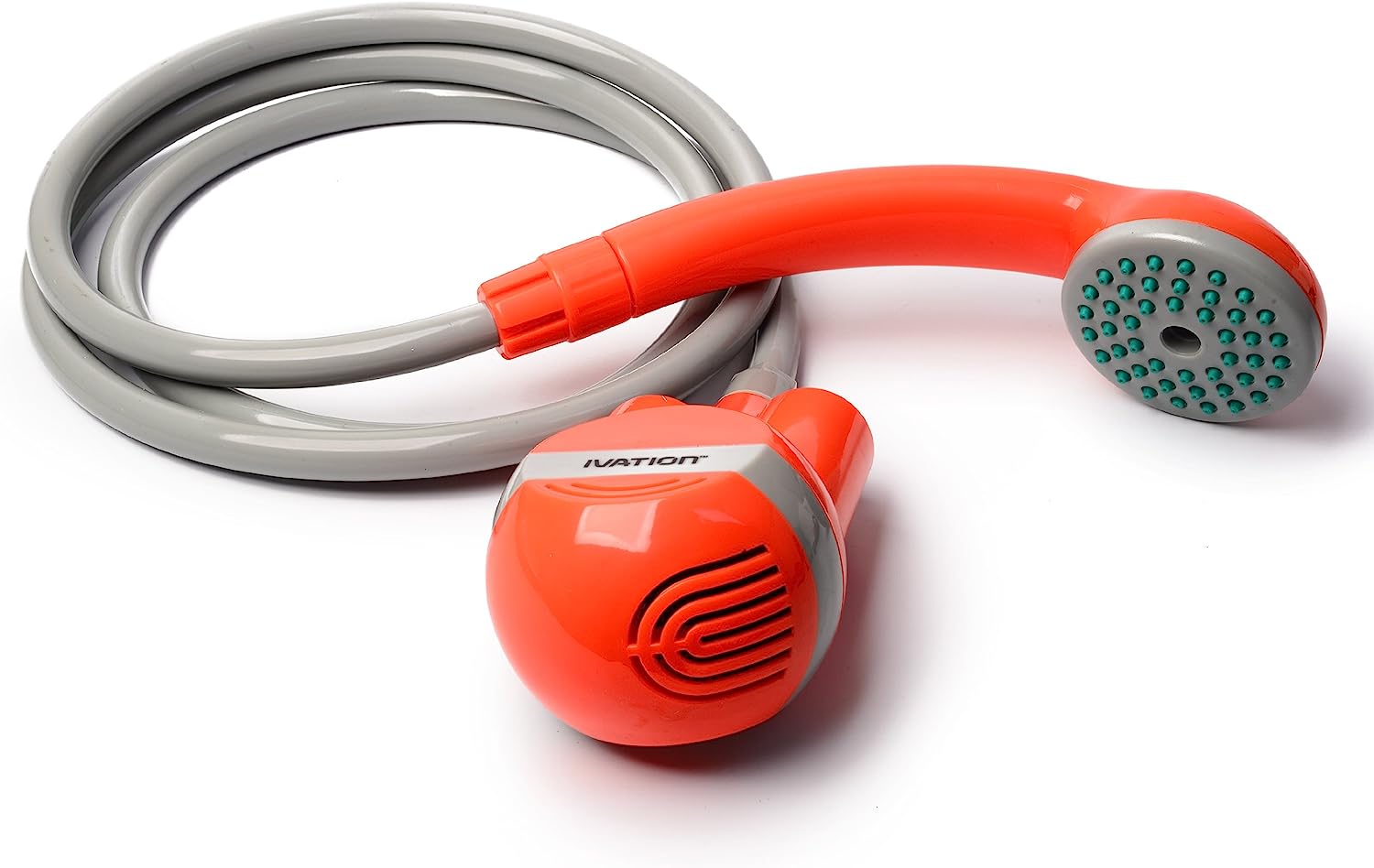 Robert Bills said:
Here is another shower I idea I have never tried. I saved the link on my Amazon "wish list" years ago when I was trying to find an easy to use, compact shower.

I have this one,the batteries are not submerged,I have not used it.

Robert Bills said:
Here is another shower I idea I have never tried. I saved the link on my Amazon "wish list" years ago when I was trying to find an easy to use, compact shower.

I have tried and tested clone of the one posted. Flow is weak and more effected the higher you raise the head. I did think it would be great for a baby in a plastic tub but otherwise meh.

SameGuy said:
I may have posted something like this years ago as it is an issue I have been ruminating over forever. Please forgive me if I have, but obviously I have yet to find the solution.

We currently go in a FWC Hawk on our Tundra. The camper has a stovetop and heater and we like it pretty well.

After some days afield tho, the thought of a shower becomes the driving force on what must happen and little can be done without working it into the plan. Some times it is my better half that makes this decision, some times it is me. Many of us have been here and we all know little more than an actual shower can cure it. I have literally driven hundreds of miles out of the way and purchased unplanned hotel rooms for the sole purpose of this deed, at great chagrin.

We have tried some fance, overpriced, Mr. Heater basecamp type hot water heating showering devices. Both units failed literally after a couple of uses and the most recent they refused to support short of a possible fix for quite a lot of $. These things seem WAY too hightech for their low end offshore construction.

We have used a modified garden sprayer, which actually worked pretty well in the heat of the summer with unheated water. (My better half has not generally not appreciated the thrifty use of unheated water here. (Wish I had come across this before I dropped $400+ with Mr. Heater.......)

Currently I have been looking at working up a flat plate heat exchanger through my cooling loop on the Tundra with a thermostatic control valve and a sureflow pump, probably sourcing out of a water jug, but maybe with the ability of drawing water from a natural source. Despite this systems simplicity, I fear cutting in to the Tundra's systems and diminishing Toyota's legendary reliability with my poor mechanical ability. This system seems like the most trick, but I'm not convinced that the thermostatic control valve could adjust the temperature fast enough to keep from being scalded if the water wasn't running full time. (did i mention we spend lots of time in the desert; i.e. hate wasting water) I don't mind running the engine to heat shower water, thinking it would already be running as we pulled into camp and planned showers upon arrival most of the time.

Another idea is some kind of container than can take some heat and pressure. Something similar to my plastic garden sprayer except that I could heat the water in and pressurize with my OBA to pump the water. I came across these in my research: https://www.homedepot.com/p/Smith-P...Concrete-Compression-Sprayer-190448/205742071. Thinking I could possibly toss this on a stove and warm the water if needed, then pressurize for my shower, if not add hot water to it. It's an expensive garden sprayer, but seems like it would do the deed and handle the pressure. (which could be controlled by an inexpensive pressure regulator attached to my OBA.

Seems like I could either go with a sureflow (or similar) pump or use some kind of tank that could handle 20-30 lbs (from OBA) of pressure to pump water for about the same money. Not sure what else to use for a tank other than the fancy garden sprayer above or an old water fire extinguisher. The simplicity of using my OBA to pump water seems like a good use of my resources and ease of installation, but i'm sure one system is better in the end.

What have you used, researched, planeed? Wondering what others have come up with for a shower solution? Any ideas on a vessel that could handle the pressure, and likely heat to be pressurized enough to flow a shower's worth of water.
Click to expand...

This is what I came up will, a flowjet pump that weights just over 3 pounds (1420 grams) an on demand 12 volt pump that there company spec’s say 2.9 GPM,50 psi . Heat up about a gallon of water to boil On the stove or over a fire , pour into water jug with around 3 gallons of water with a small funnel that I carry . Enough for 2 people’s showers .
Since this photo I have mounted the pump into my camper with a switch and and quick connect plug
I have also used this to wash my truck .
The total weight gain with pump and hoses is around 6 pounds. 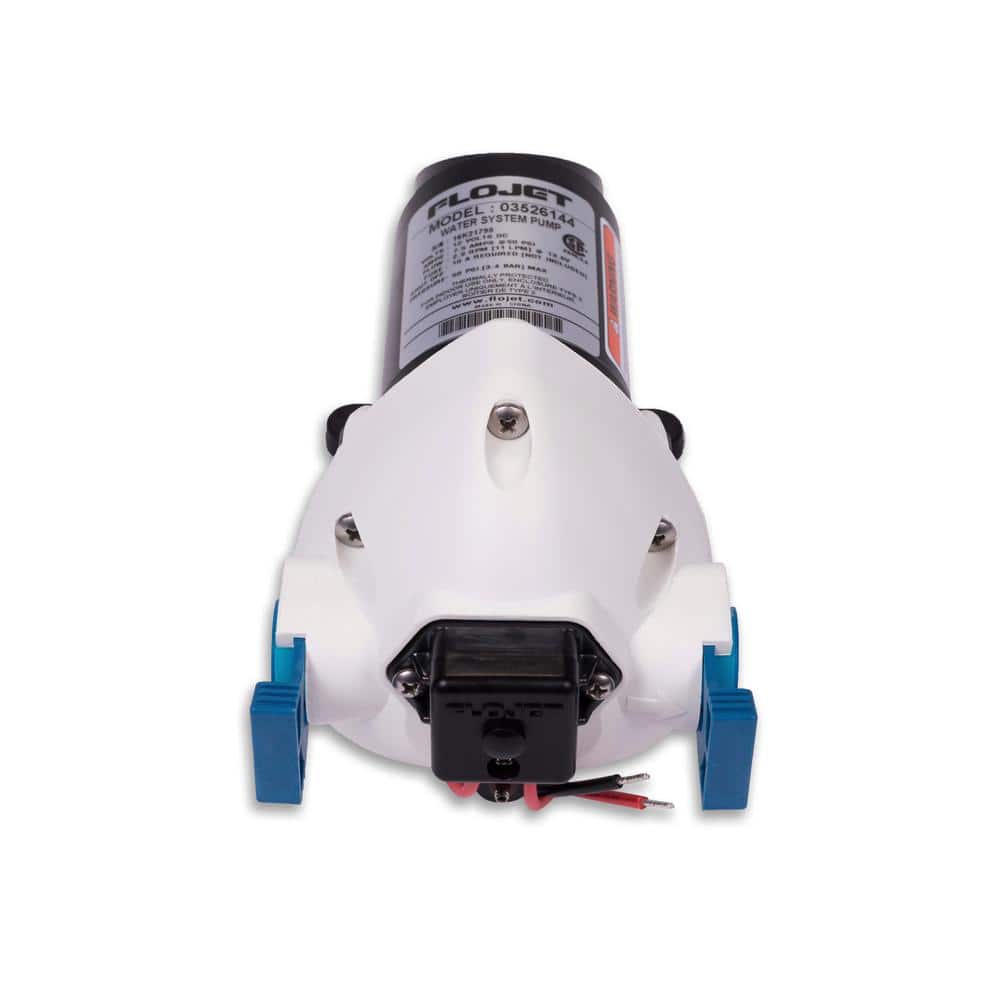 Get your water pumping like never before with the Flojet 2.9 GPM 50 psi Water Pump - a smartly designed unit that will bring pressure to your outdoor showers and cleaning jobs. The Flojet Pump works great
www.homedepot.com

I dont see Eccotemp in your mention or by others. Might be worth investigating. I've not used one so can't vouch for it.

They're fine, cheap, but not space-efficient, need good mounting and venting.
E

I have a Kariba shower time kit and 5 gallon stainless steel jerry can. I primarily just use the pump for filling water bottles, but I very occasionally attach the shower head attachment for showers which works well. Survivewipes work well for me between showers to keep clean.
J

Lots of good ideas here, thank you all. (well all of you short of FrenchieXJ, who seems to think because I asked a question about wanting to be clean I should just stay in a hotel and likely just quit being outside) Some I have seen and thought about and other are completely new. The water port mentioned above looks cool but space is at a premium in my truck so that is out. The Zodi Extreme looks like a great option, I like the idea of being able to heat the water in it, skipping one step in the process. the simple shower is brilliant, will be ordering a couple of these for sure. I think I am going to order the Flojet pump mentioned above, I see that as a simple way to move water without expending huge effort.

I use this mostly cause it can be pressurized and if necessary I can heat the water by putting it on the propane stove.

Same guy just an fyi the zodi extreme is quite a bit larger than the waterport and tougher to secure because of shape it’s one of the main reasons I switched. The waterport comes with 3 mounting options but mine just sits on top of my drawers and is ratcheted down next to how many water bricks are going on a particular trip with me for refill.

Cost is about the same, zodi pressurizes manually waterport with air which I prefer. zodi can be put directly on the stove to heat(put the stove on the ground) and the waterport requires separate heating then adding of the water I never used the heating contraption that came with the zodi. Waterport was easier to move around it holds about a gallon less 3 vs4 if I remember correctly and has a great handle. The pros and cons are minor and both systems are good but for me the waterport bumped the zodi out of the lineup. Good luck.