Rolling with the Punches-Exploring New Hampshire Rivers, Waterfalls and Lakes

The family and I went on an quick adventure last weekend. Our plans got changed when we realized that all my planned routes were closed, but we had a great time.
We decided to head up to Pittsburg NH, 20 minutes south of the Canadian border. This was both a family get away and a good shakedown run for my new intercooler on the Land Cruiser. I packed the luggage up and we hit the road. 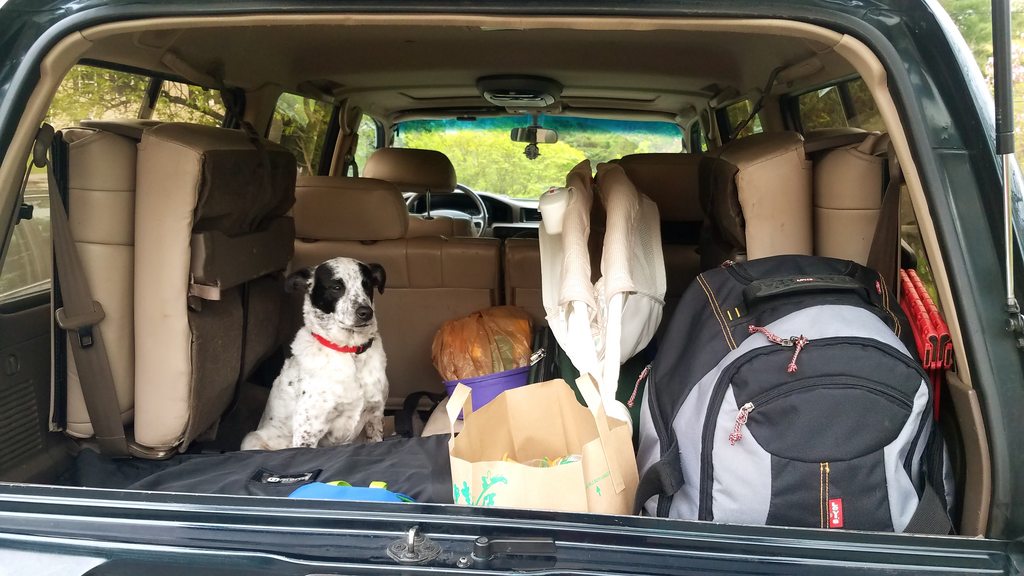 We headed up some steep mountain passes. I saw one sign that said 9% grade! 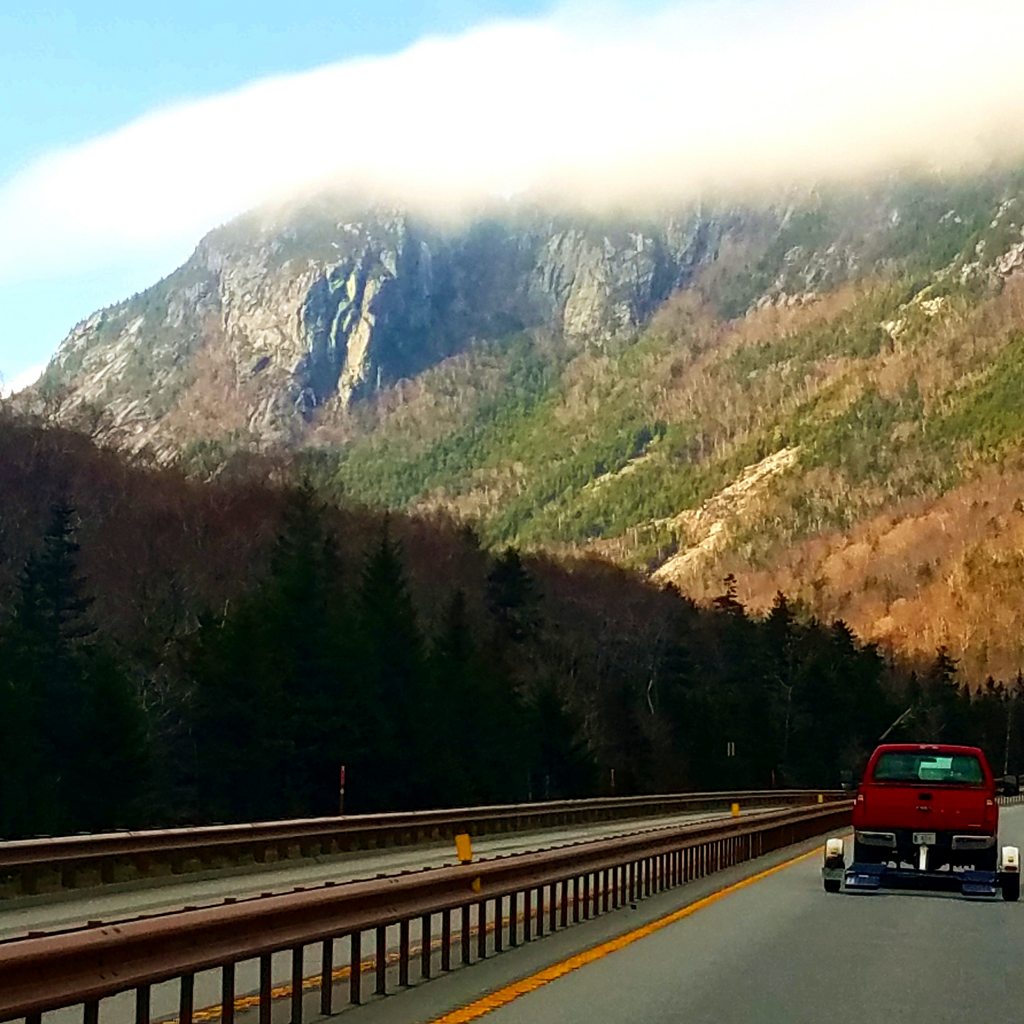 The Cruiser did great! I could maintain 75mph in top gear without issue. In fact, I could accelerate as well. In the event that I wanted more "go", I could floor it, down shift and pass, even up the steepest sections! This is a night and day difference that non-intercooled, where I would have to move over to the slow lane to avoid high EGTs. My EGTs never got above 1050f for the entire trip! Here's what the gauges looked like going up some of the passes: 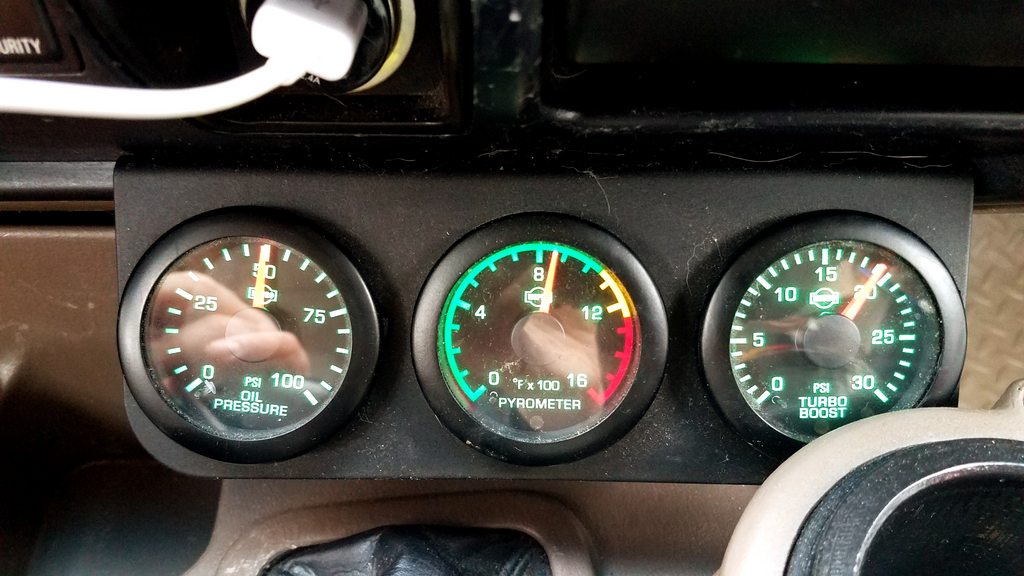 On the way up, we hit some crazy thunderstorms. Visibility went way down. Believe it or not, visibility was worse that what it looks like in this picture. (I would have taken a better one but I already got yelled at for taking pictures while driving in the storm ) 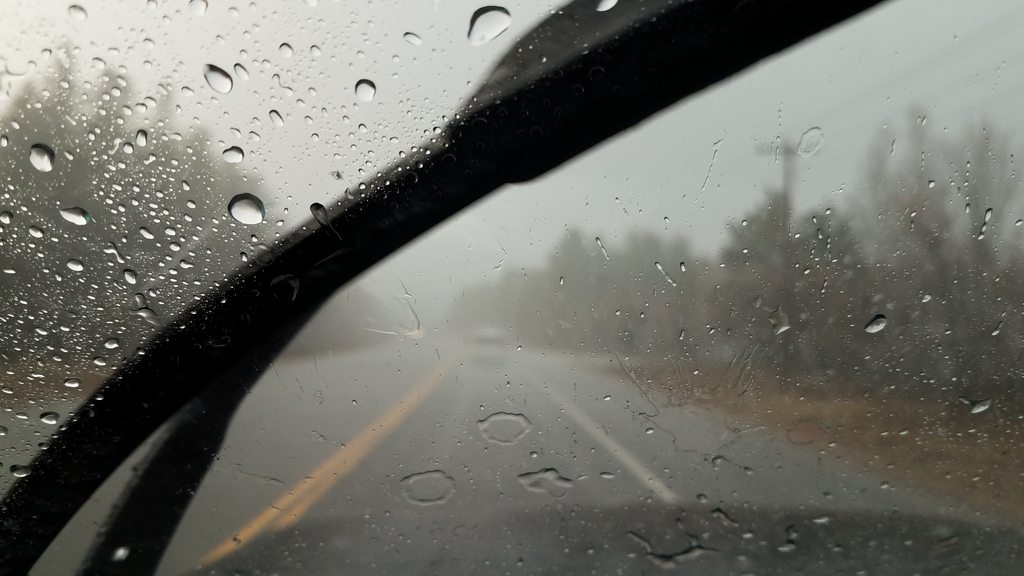 We stopped and had some food at a little restaraunt along the way. Meatloaf was awesome. I got to try fried fiddleheads for the first time as well. They are a local delicacy, which are only in season for 2 weeks (or so) a year. 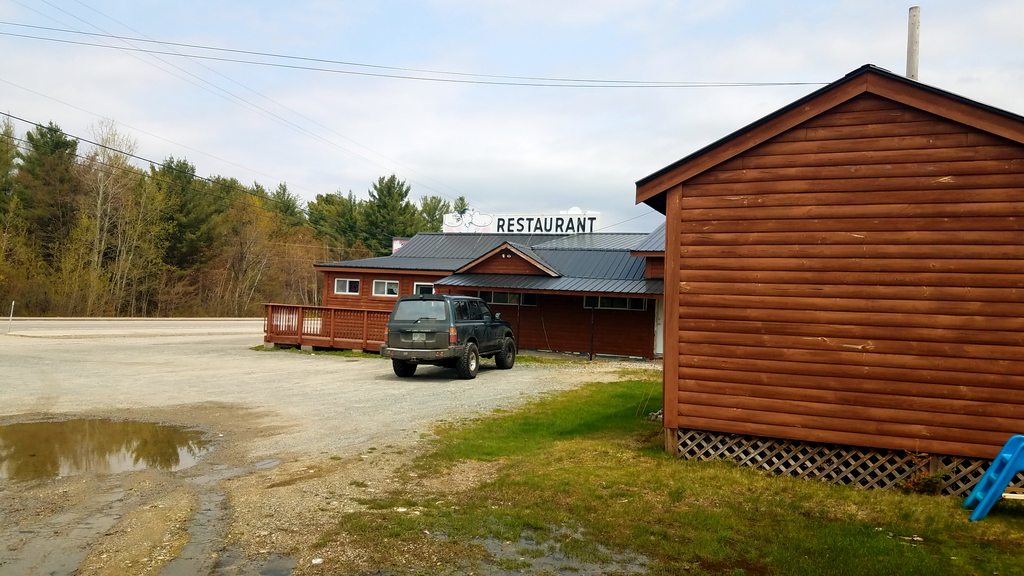 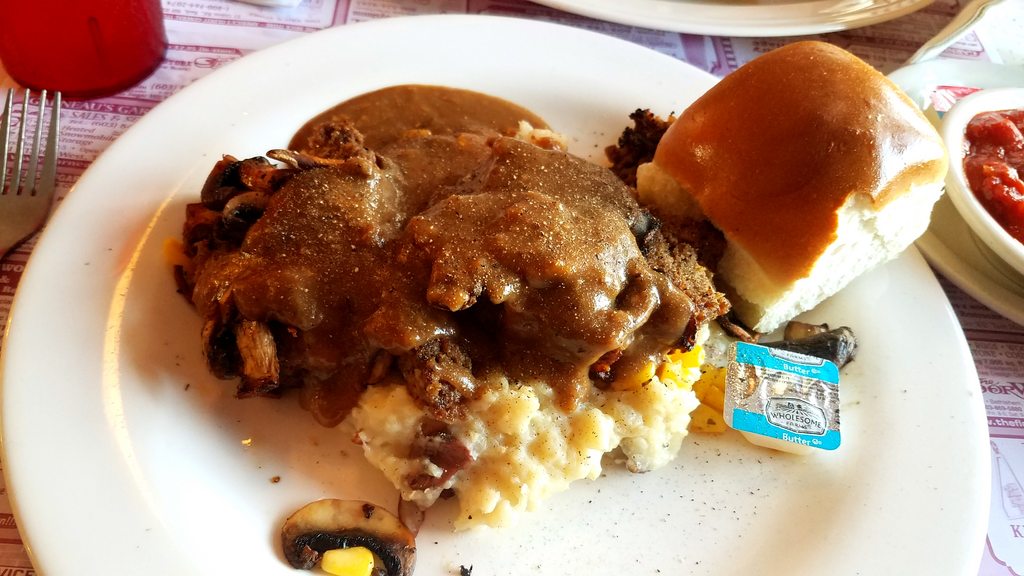 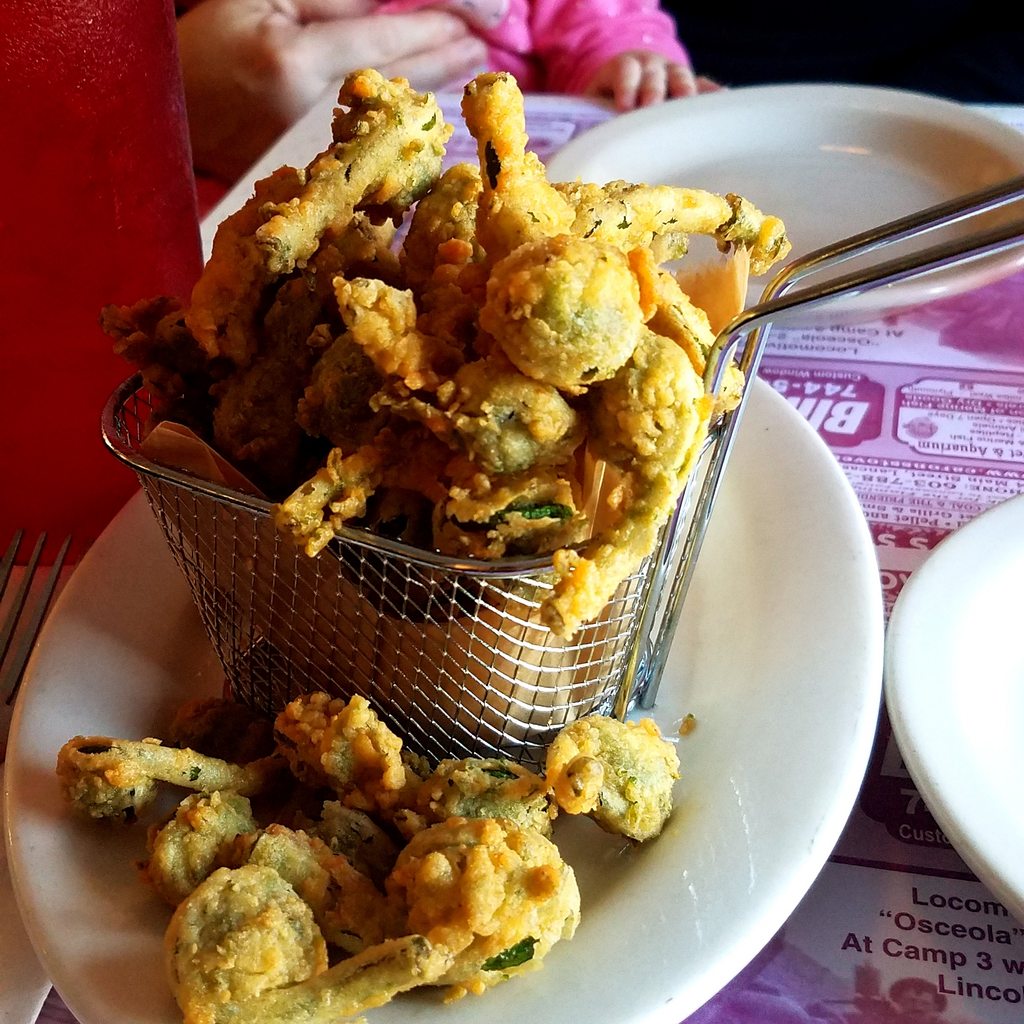 We got to our rental cabin up north after dark: 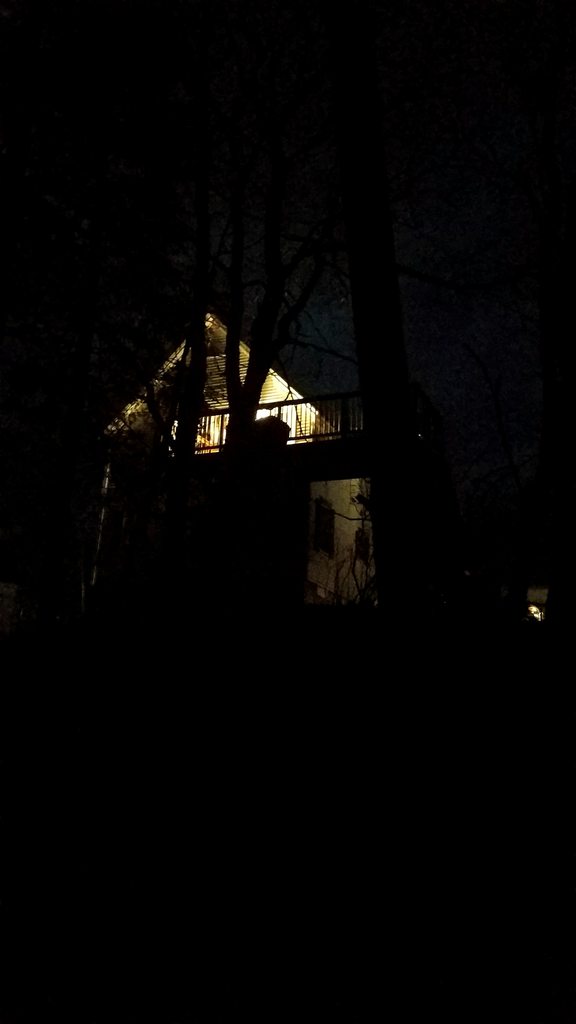 In the morning, Chunky, Nutnut and I took a short hike down to the river behind the cabin. The water was flowing! 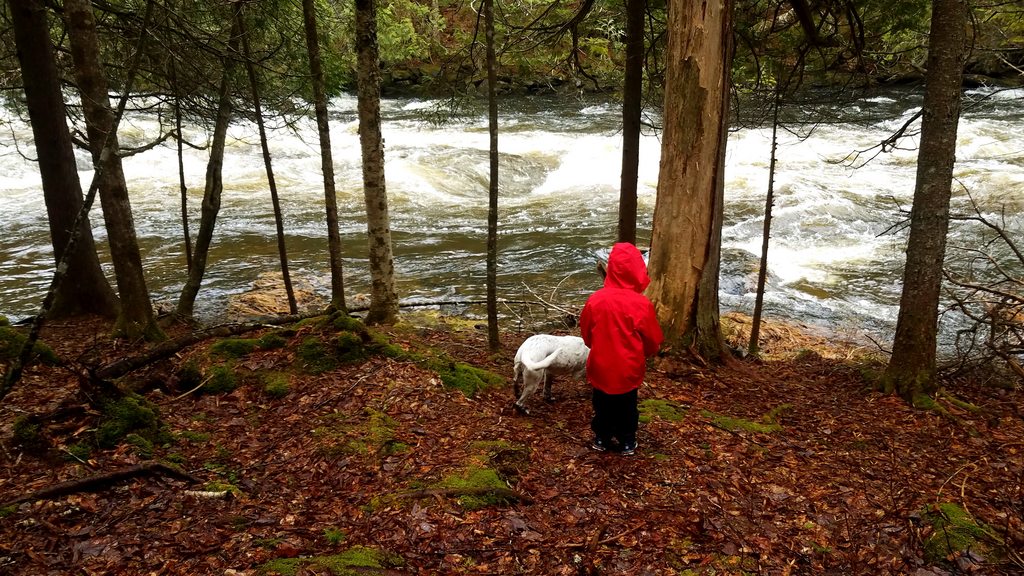 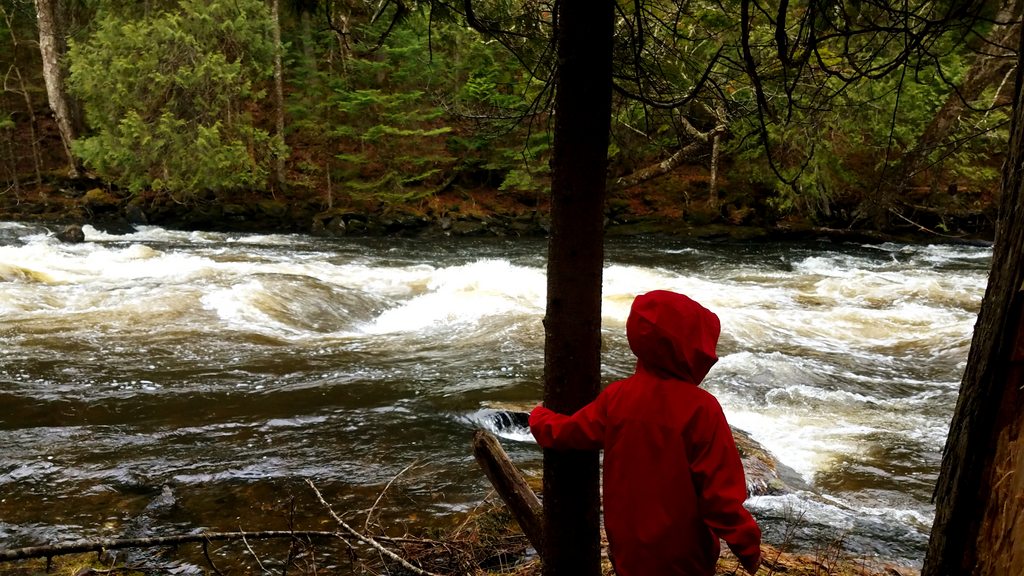 From there, I planned to take logging roads up to Garfield Falls. Little did I know that all the unmaintained roads were still closed for the season. Apparently, they had over 8 feet of standing snow this year and it was snowing as recently as last week! So, had to play an audible. We deciced to drive some dirt roads over to local lakes and rivers and see whatever there was to see. This turned out to be a lot of fun. First, we came up to 1st Connecticut lake. It was really big and beautiful, even with the low hanging clouds in the sky. Chunky threw rocks in the water. 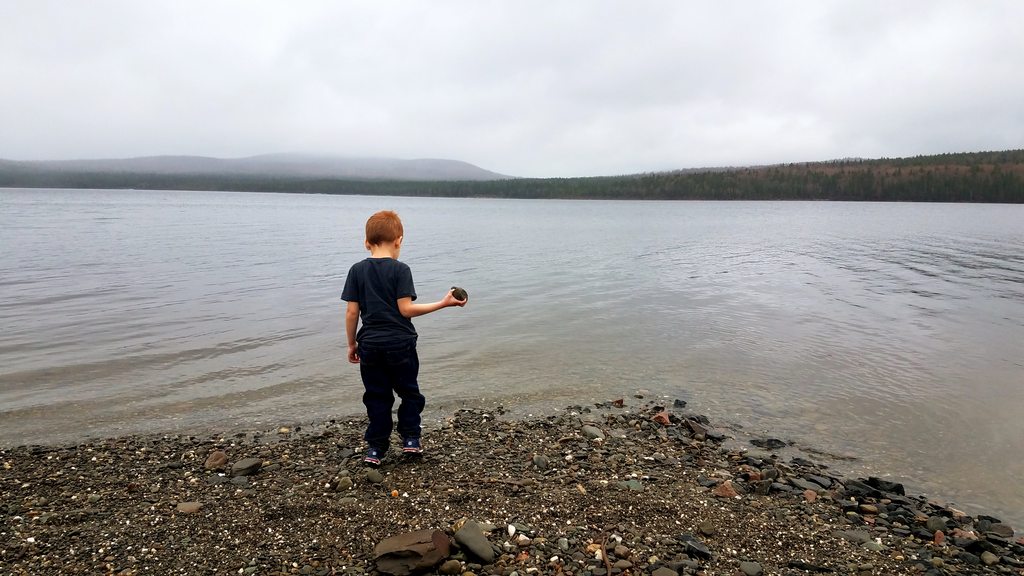 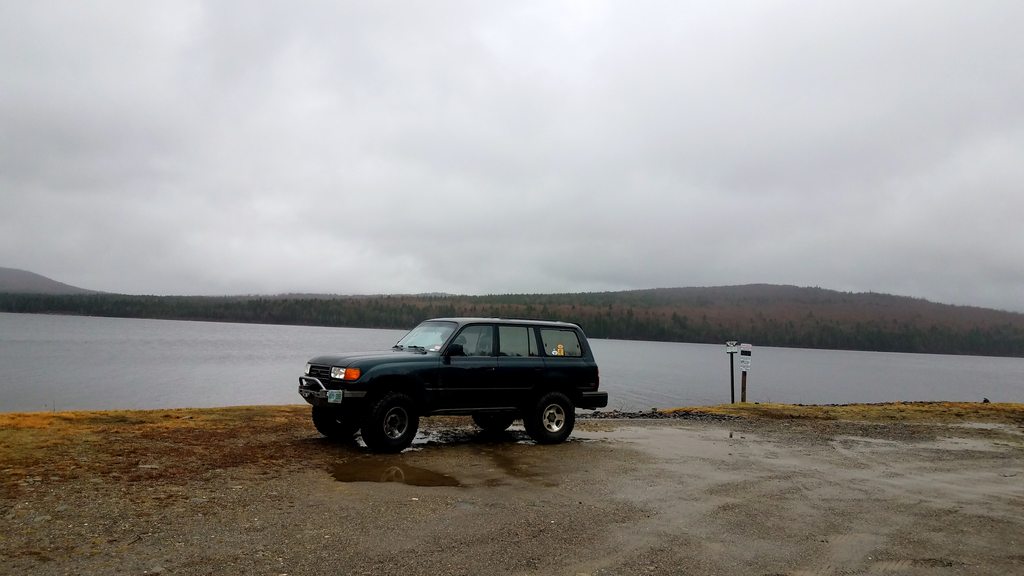 From there, we went up to 2nd Connecticut lake, and looked at the dam while we were there. Chunky threw rocks in the water. 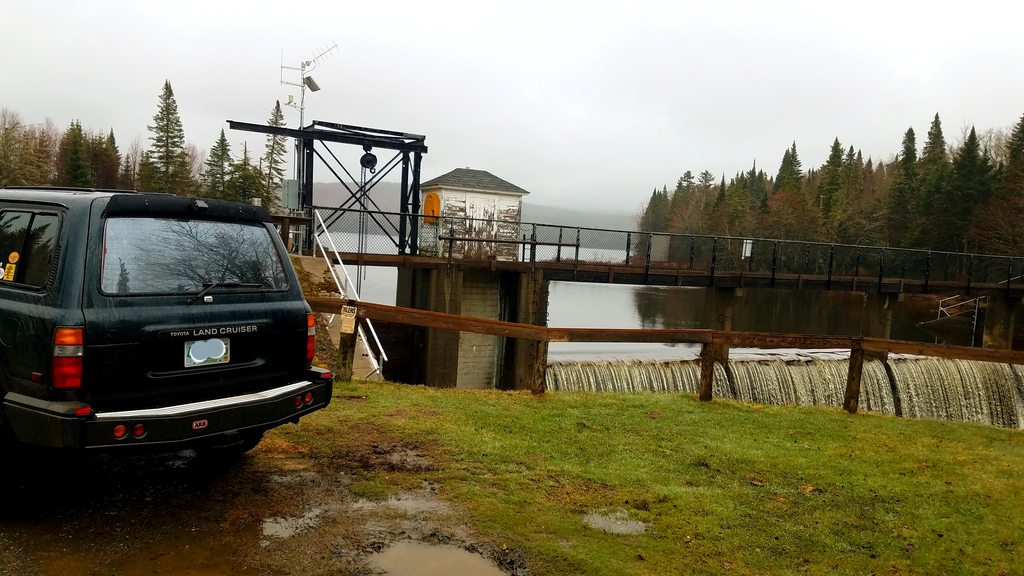 After that, we headed down to Beaver Creek Falls. This waterfall is much cooler in person than in pictures. But you can get the idea. Chunky threw rocks in the water. 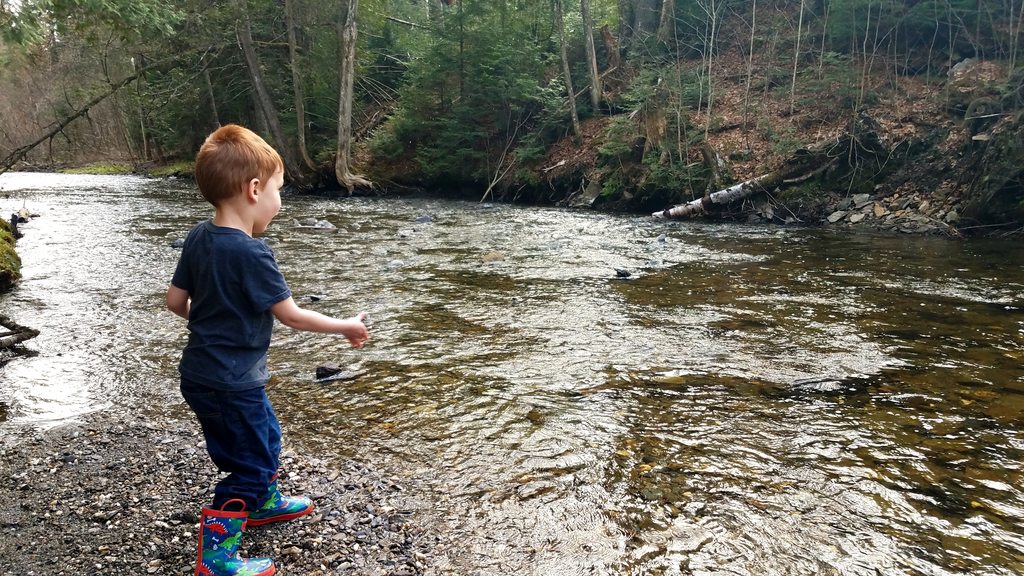 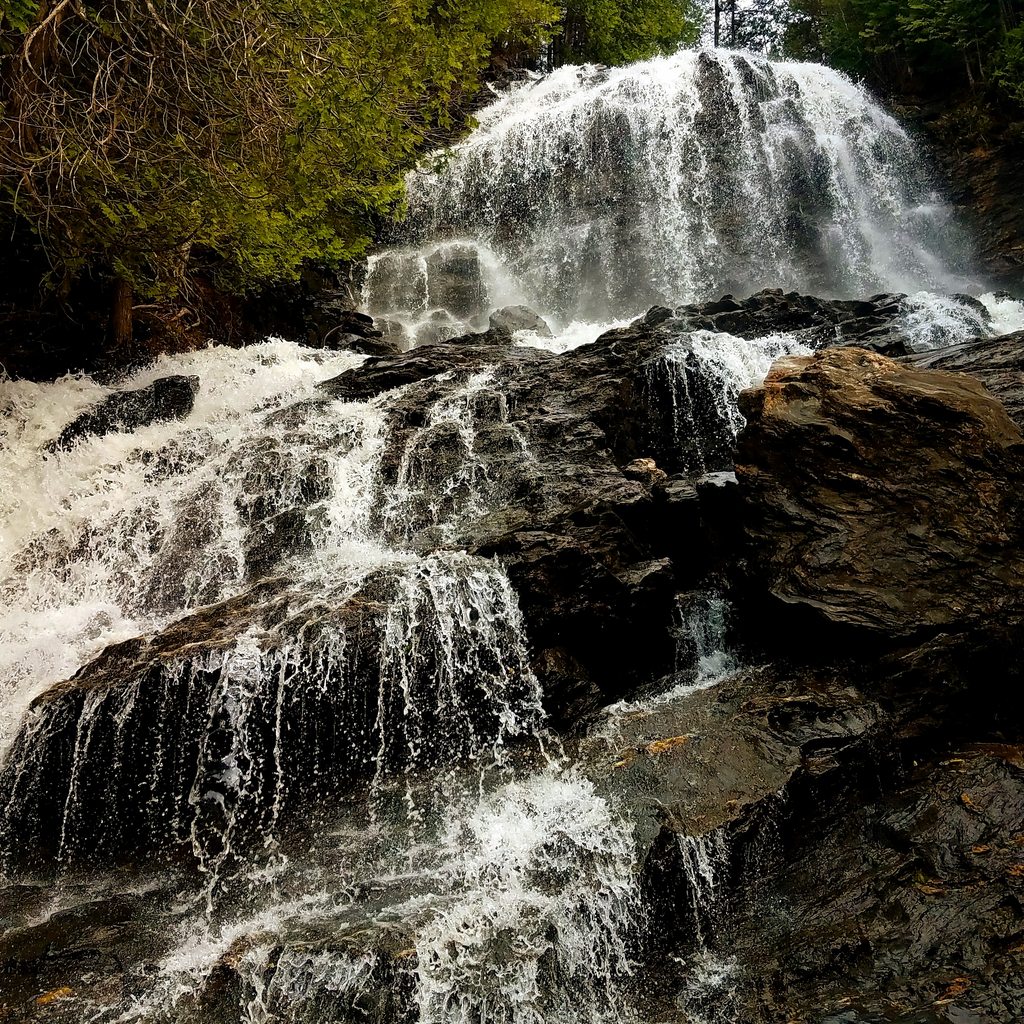 After that, we headed back to see more of the Connecticut River. We followed a cooler route that took us past Cheese Factory road to Bacon Bridge, then over Potato Hill. I was starting to get hungry... At any rate, Chunky threw rocks in the water. 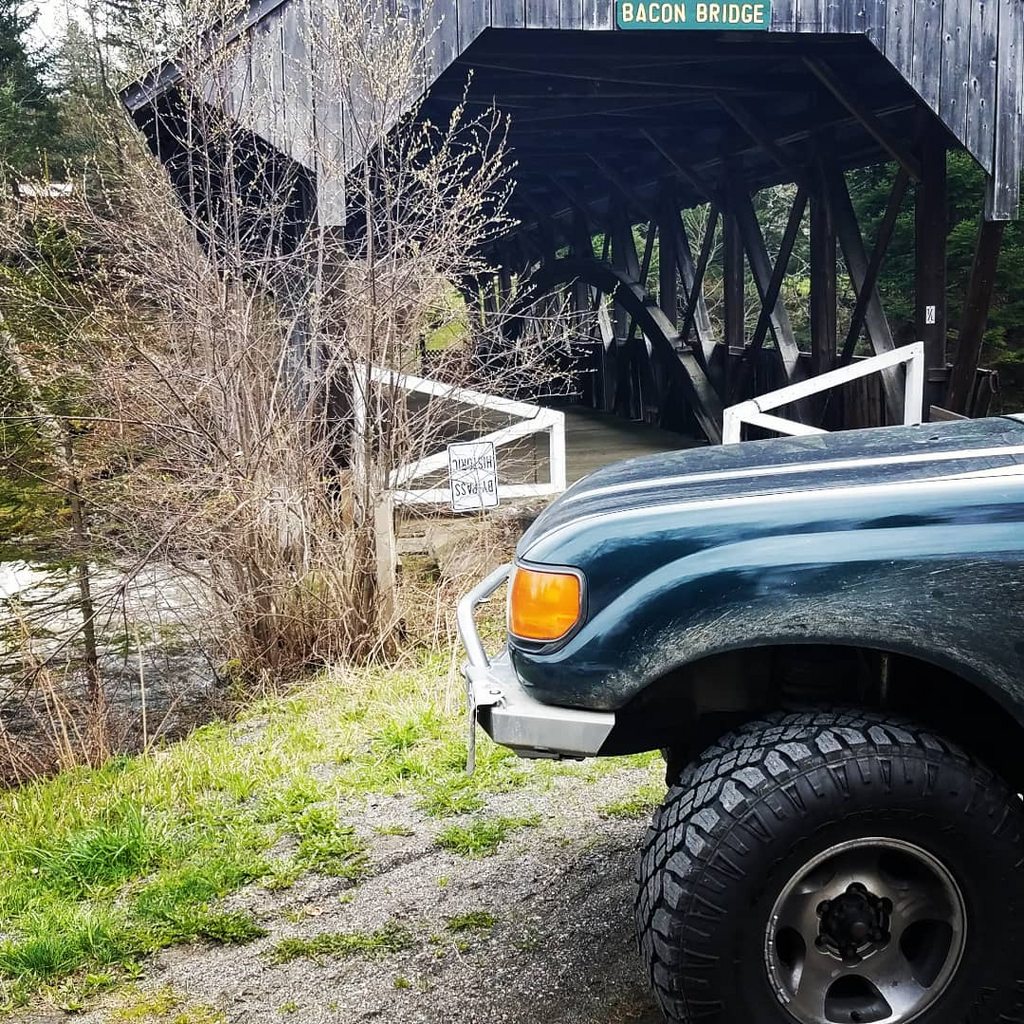 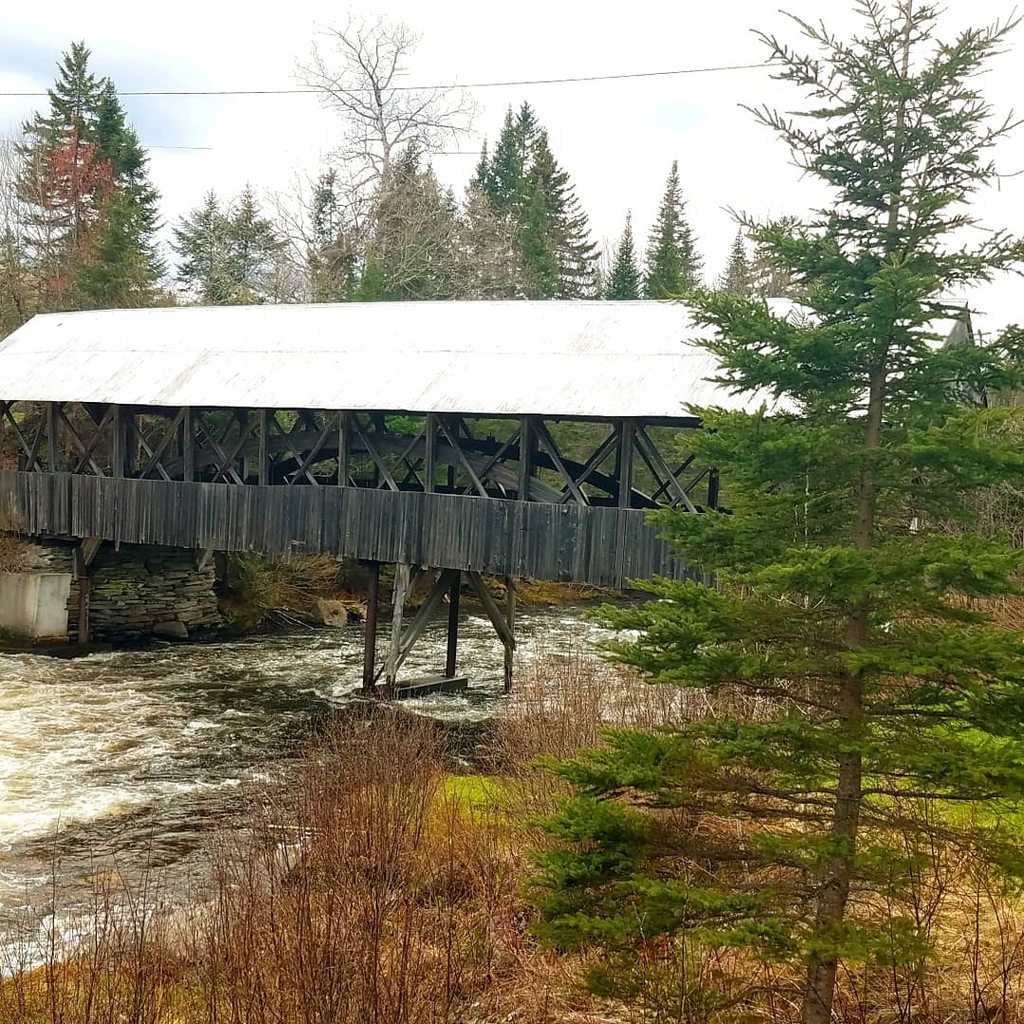 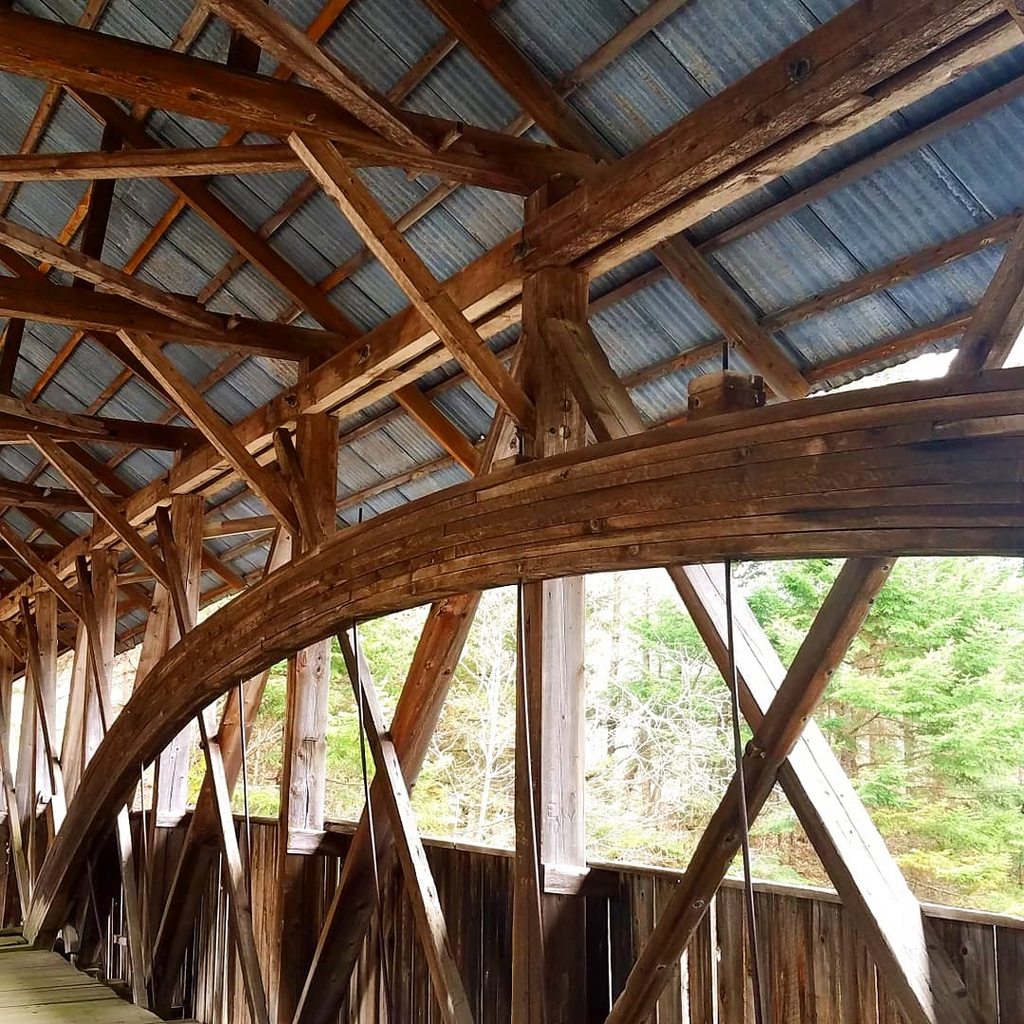 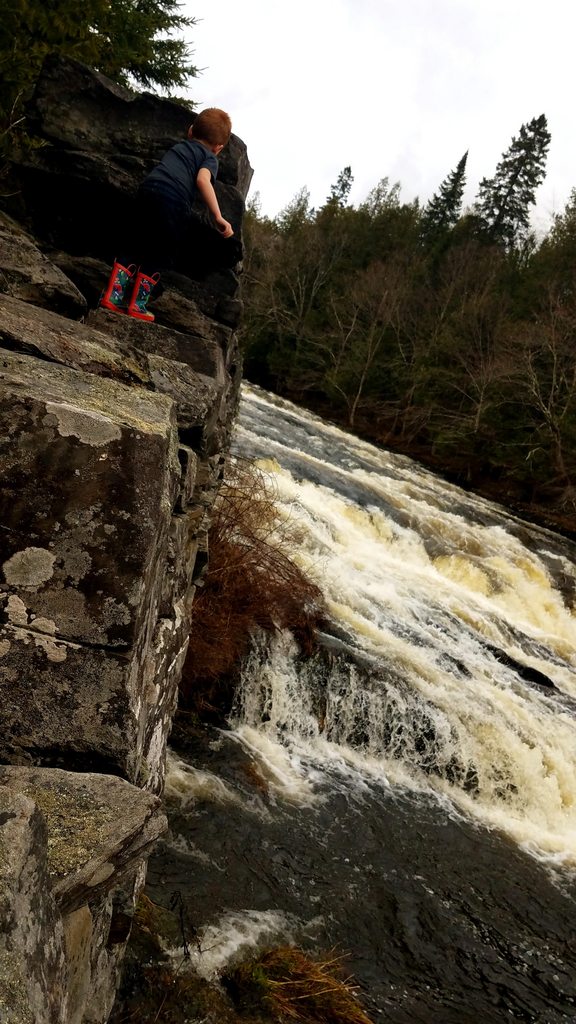 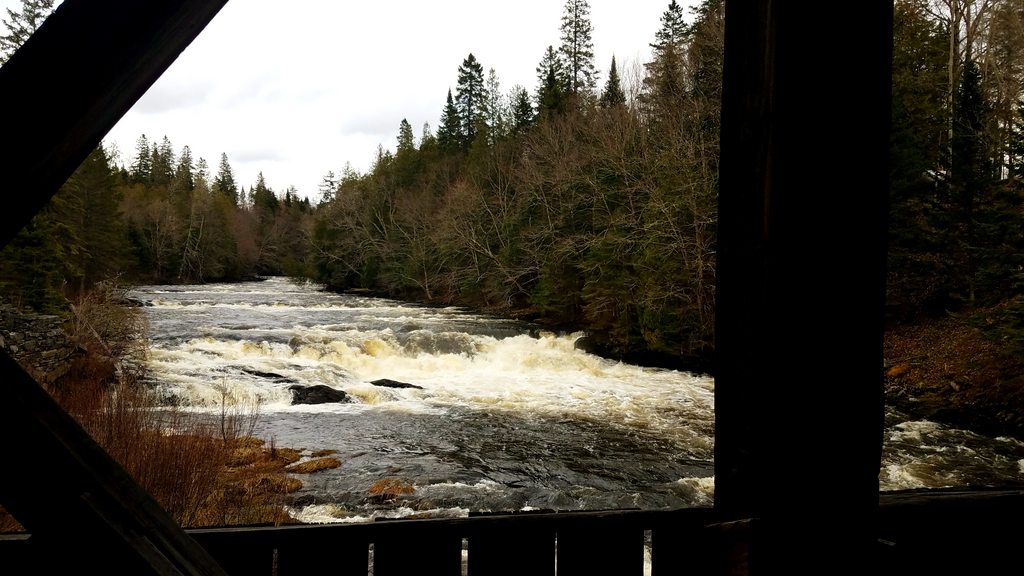 After a full day, we headed back to the cabin to enjoy the night. 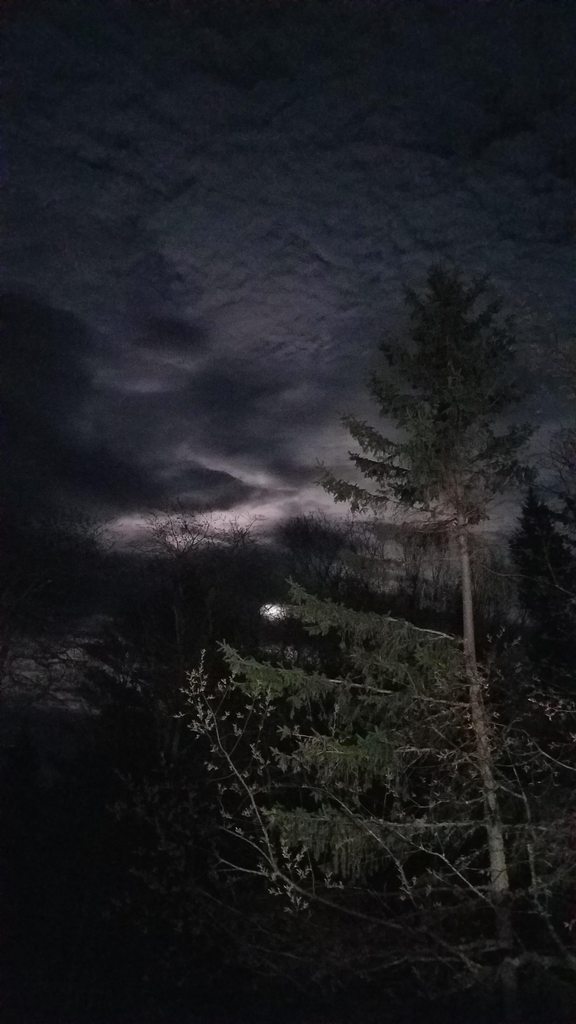 The next morning, we hit the road early, headed back to our daily life. It was a memorable trip for being so short. 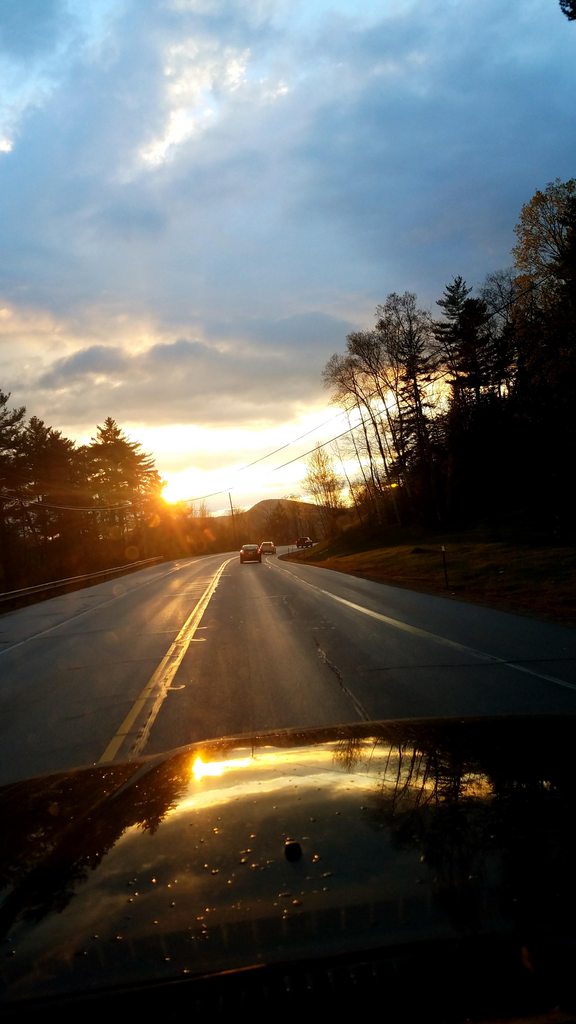 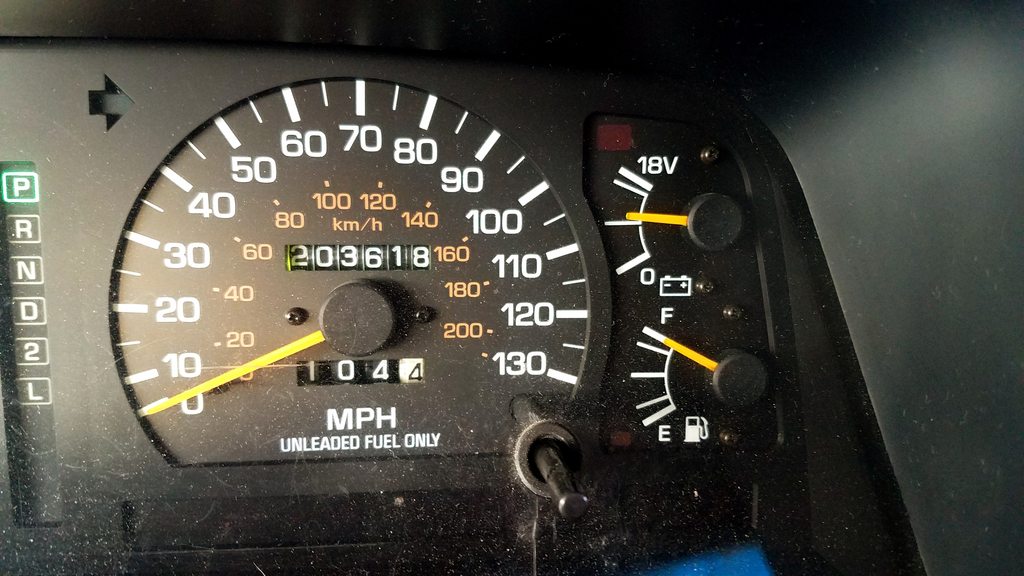 Some great pictures, Pittsburgh is a beautiful little town...stayed up there years ago and want to again!!

Jupiters Travels: Four Years Around the World on a Triumph
by Ted Simon
From $17.49From CAD$26.88

nice roads from Pittsburg east to Azizcahous Lake on the Maine Border, then keep heading west through the North Maine woods above Moosehead Lake and keep going to Millinockett. Very little pavement

That was closer to our original plan. But, with all the snow and water out there, all the roads were still closed for mud season. They are saying that the roads won't open until sometime in June this year. In a way, I was a little down about the situation. But, in another way, it was fun to see things closer to town that I would have never seen had those roads been open. And, the family really enjoyed the "mini adventures" we went on.
W

Even mini adventures can be great. And some times with little ones the "mini" ones are just right. Well done! And a great area for sure. I havent been to the CT Lakes for years and I need to explore that more. I just always seem to go to Maine. But I need to do more in NH and VT. Thanks for sharing.

The North Woods is a beautiful place, looks like the family had some fun! Nice rig!

Good stuff. Looks like a great time was enjoyed by "Chunky."

Thanks for sharing.
R

I spent 8yrs running around Pittsburg (and surrounding areas) and love the area. There's probably not a road (or path) I haven't been on. Back country traveling/fishing is very good, though the better fishing (bigger fish) is in the river and areas south of town. A simple 'belly boat' and a day float will give you trophy fish! Back-country is mostly pan-size with the occasional bigger. All being real nice, naturally feed fish. Years back when 'we' ran that area it took a 4x4, boards, come-along and a friend in a second vehicle to get to a lot of the spots. Now the roads are much better and far too many folks are in the areas.. There still are a couple (I do go back), yet not like years back.. Real shame. It's still some of NH's best back-country. If you bicycle, there still are areas un-touched and reachable. Boundary Pond was known for every nice hold-over fish till they re-built the dam. Hopefully it has come back. The Pond just beyond that Rubbard Pond to me, was always my favorite and the back areas of bright some of my biggest back-country fish. To get there used to take high-clearance and effort.. again, that has changed.. shame. Still, some of NH's best back-country and I still love exploring it.
You must log in or register to reply here.
Share:
Facebook Twitter Reddit Pinterest Tumblr WhatsApp Email Link
Facebook Twitter Youtube Instagram
Top