As the date of the first eclipse to cross the entire US in 79 years grew close the excitement could be felt. Originally this trip was just another Retired Ol' Farts run with a unique destination, the path of totality in central Wyoming. But as the hype increased so did our interest, but we also had concerns about all the rumored traffic jams and gas shortages.

I headed up to Gypsum, CO the day before our planned rendezvous to avoid the long early morning drive. From town I headed south along scenic Gypsum Creek Road looking for a boondock campsite. I had just been down that road in June but didn't remember how far it was to campable public land, but finally after 12 miles found a spot. Upon closer inspection found the site was badly trashed up. Usually I'll clean up a site but the previous morons left more of a mess than I could stomach. After moving up the road a couple of miles I found a fantastic spot with a superb view and very clean.

August 17 back to town to meet the only other participants, David and Terri from Ohio. They were there waiting in their GMC 2500 HD "Black Beauty". Intros over we headed out but, I had to make one stop to try and find some butane. When we stopped David reported several trouble lights burning. Went to a couple of shops to decipher the problem but they couldn't help. Sadly we parted company while I headed north on the Colorado Backcountry Discovery Route and they went west to a GM dealership. Such a bummer to drive all the way from Ohio and be forced to drop out after about a half mile. I had done part of the BDR in June so the first half day was dejah vu but soon enough into new territory up the Colorado River Valley. All the driving to this point was on pavement or pretty smooth dirt, but I did find one steep, rough climb out of Radium that I preferred to use low range. Tonight's camp was again on a high ridge with more outstanding views. As I settled in camp a few motorcycles and 4x4s passed by, obviously doing the BDR. Later my dog barked at something but I didn't hear a motor so walked over to investigate. It was a mountain biker loaded down for the long haul, what's now referred to as bike packing. I invited him to share my campsite. As he was setting up camp I learned he was Ed from Manchester, England and he was doing the Continental Divide Route, normally 3100 mikes but he had started way up in Banff, adding maybe another 500. He said he had about a 1000 remaining to Antelope Wells. His bike looked seriously overloaded. When asked he admitted about 90 lbs. Of course me also being a mountain biker we spent several hours swapping tales and lies.

After seeing Ed off I broke camp and headed north on really smooth but very windy dirt roads. There were lots of steep sections and I thought about Ed climbing them. I was using GAIA GPS to navigate the route and all went well until one intersection where it seemed to be tellling me to return on the road I was sitting on. After some map study and head scratching, I just used the short section of highway to get back on dirt. Getting close to Steamboat Springs I ran into a big group of bicycles on the paved back roads. I damn near literally ran into them as they were everywhere and often riding four abrest. Not a good idea. Just as I was coming into town I got a text from David and Terri and found out they were right behind me. The mystery lights had gone out. We struggled thru "the boat" with heavy traffic and construction everywhere. Soon enough we were back on the dirt driving through pretty ranch land; wide open rolling prairie. After endless private land we finally hit national forest and found a snug campsite on a side road. We stayed up a while around the fire getting aguainted.

Today was the land of lakes. We had left the BDR as it swung west before heading into Wyoming. We stayed on a more northerly track skirting some beautiful lakes as we left Colorado in the rear view mirror. Approaching I-80 we looked for ways to avoid the freeway as I was aired down some, but all tracks north were closed off, so onto the 4-lane. Ended up camping that night right on the shore of Shoshone Reservoir. Kenda was happy swimming out to retrieve sticks then coming back to shake water on us. It was a decent camp except for some ATVs running too close and too fast. Why do they all have loud pipes?

Note some of the photos above should be here.

Now we have left the cool mountains behind and the temps are climbing as we enter low country that is laced with oil and gas pipelines everywhere. Even a huge uranium mine, but now being reclaimed. About 4 PM we rolled into the Totality Camp where we met the rest of the group out of Denver and, well all over. That evening was some star gazing and interesting cooking around the propane campfire. The Denver gang was using these odd cooking sticks with a crank on one end and a hardwood knob on the other. They wrapped biscuit dough around the knob and twirled away until golden brown, or much darker as a few got burned. After cooking they filled the little baked cup with tasty ingredients and wolfed them down. I don't recall the name of the cooker but it was Wolf ??, I believe.

That's me outstanding on my rock.

Today's the long anticipated day of 100% totality. Everyone is up early setting up telescopes, long lens cameras, and double checking filters and the required dark glasses. A little after 11:00 we could see the moon moving in front of the sun. Full totality occurred at 11:40. I have seen eclipses before but apparently not 100%. So many things happening: the temperature drop, the shadow racing by at 1700 mph, the diamond ring affect, and the full 360 degree "sunset". The latter only lasted a couple of minutes but for me it was the most memorable part of this amazing event. Right after the eclipse most quickly broke camp and headed home. Three of us did stay in camp, relaxing in the shade, mainly to avoid the expected heavy traffic.

After the eclipse the remaining days were anticlimactic. Motored on over through Rock Springs then down the west side of Flaming Gorge Reservoir. Never had gone that way before and discovered a new place to explore more fully. Apparently there is open camping right on the shoreline with easy access to the water. Traveling east on US 40 I got behind some slow moving contraption way up ahead. I could see lots of flashing amber lights but too far away to ID it. Our speed would vary from 10-45 mph, but the idiots right in front of me kept stopping then going again, never did decode that behavior. Finally we hit the Colorado Line and they pulled off to change highway patrol escorts. Hard to say, but I guess they had 100 vehicles behind them and equally as many feeling road rage. One more night on the road and home August 25, on my birthday. Some trip stats:
Total miles 1181, days 10, cost $721. This trip was shorter than most ROFs trips but another good one.

Some random photos from the last few days and the final shot of the best eclipse shot I have seen, but not mine. 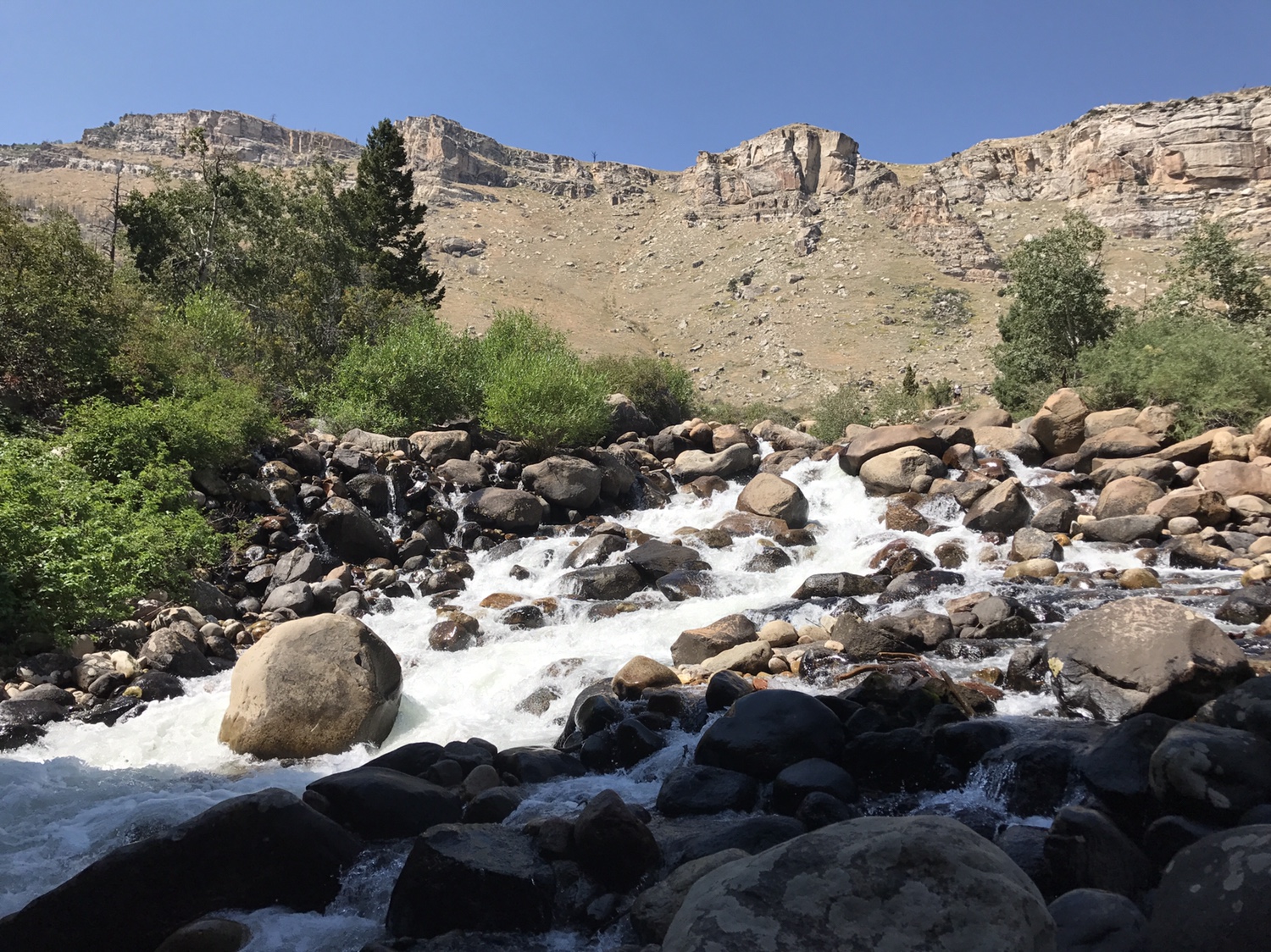 Great adventure! And looks like a great time! Interesting how our paths came close.
M

Nice report! Lets get back out there.

DVD said:
Great adventure! And looks like a great time! Interesting how our paths came close.
Click to expand...

I met a mountain biker just this past weekend who was up there too, he was in Castle Gardens but decided it was too crowded and moved further south. So at one point he was about one mile from us. Small world.

Inukshuk said:
Nice report! Lets get back out there.
Click to expand...