Paddler Ed said:
Have you found the jack and handle to go with the tool roll? They're under the rear seat.
Click to expand...

i have not flipped the rear seat yet, right now all the seats are full of boxes of parts lol.

I am back from Dallas and got a total of about 10 minutes to work on the 4runner this weekend.

here is the routing of the CAI hitting the engine hook 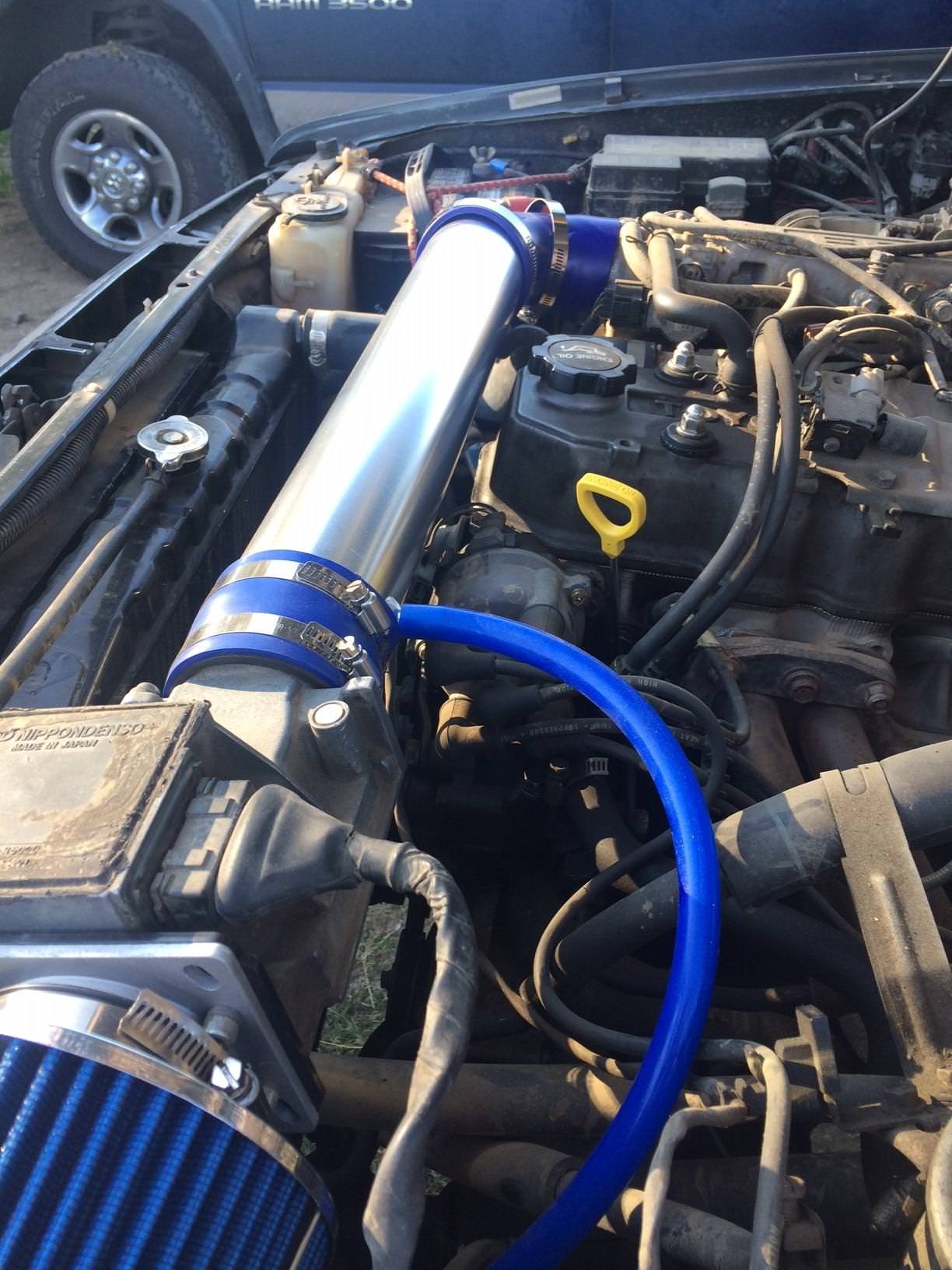 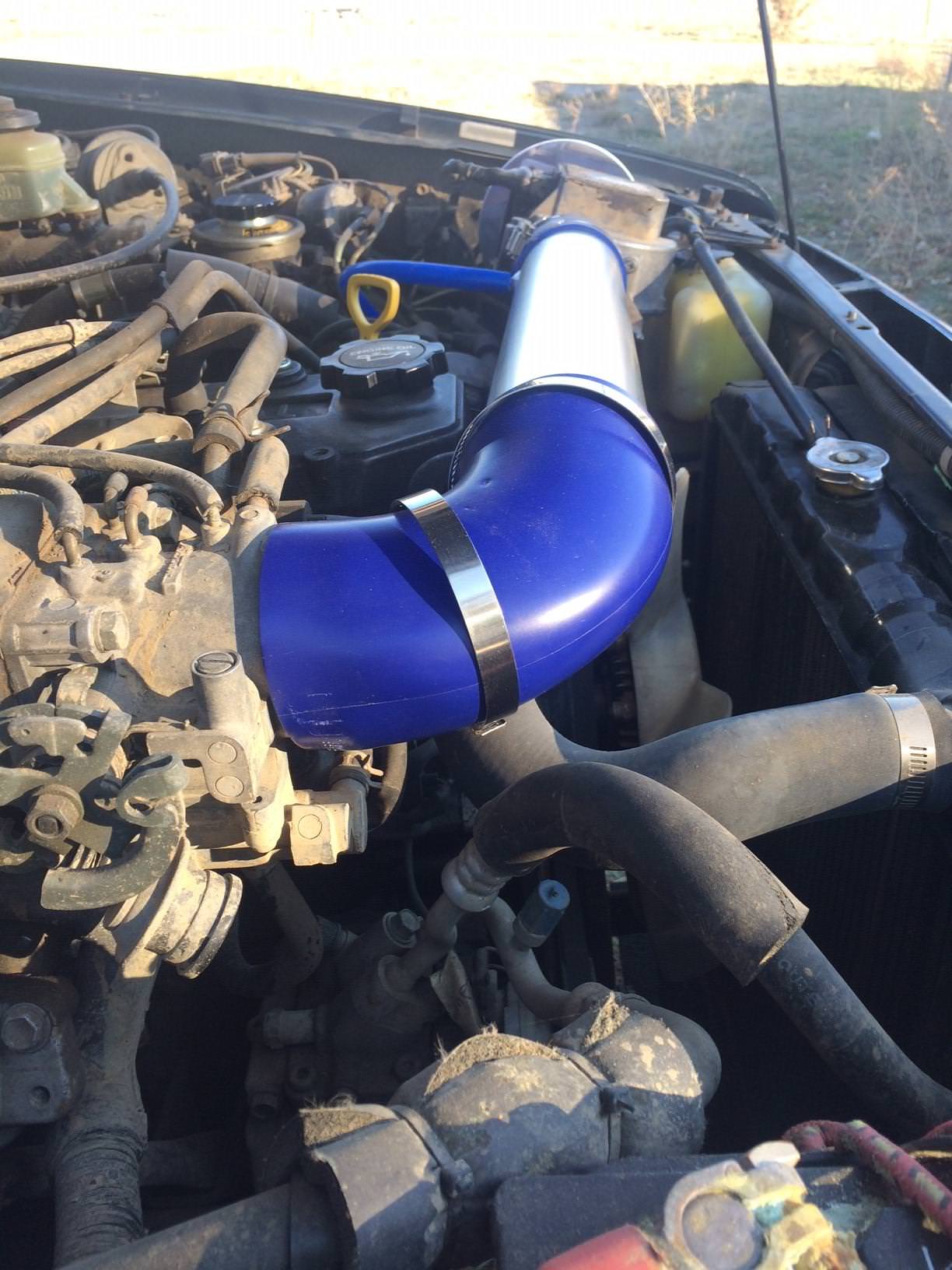 putting it in a bind against the overflow tank 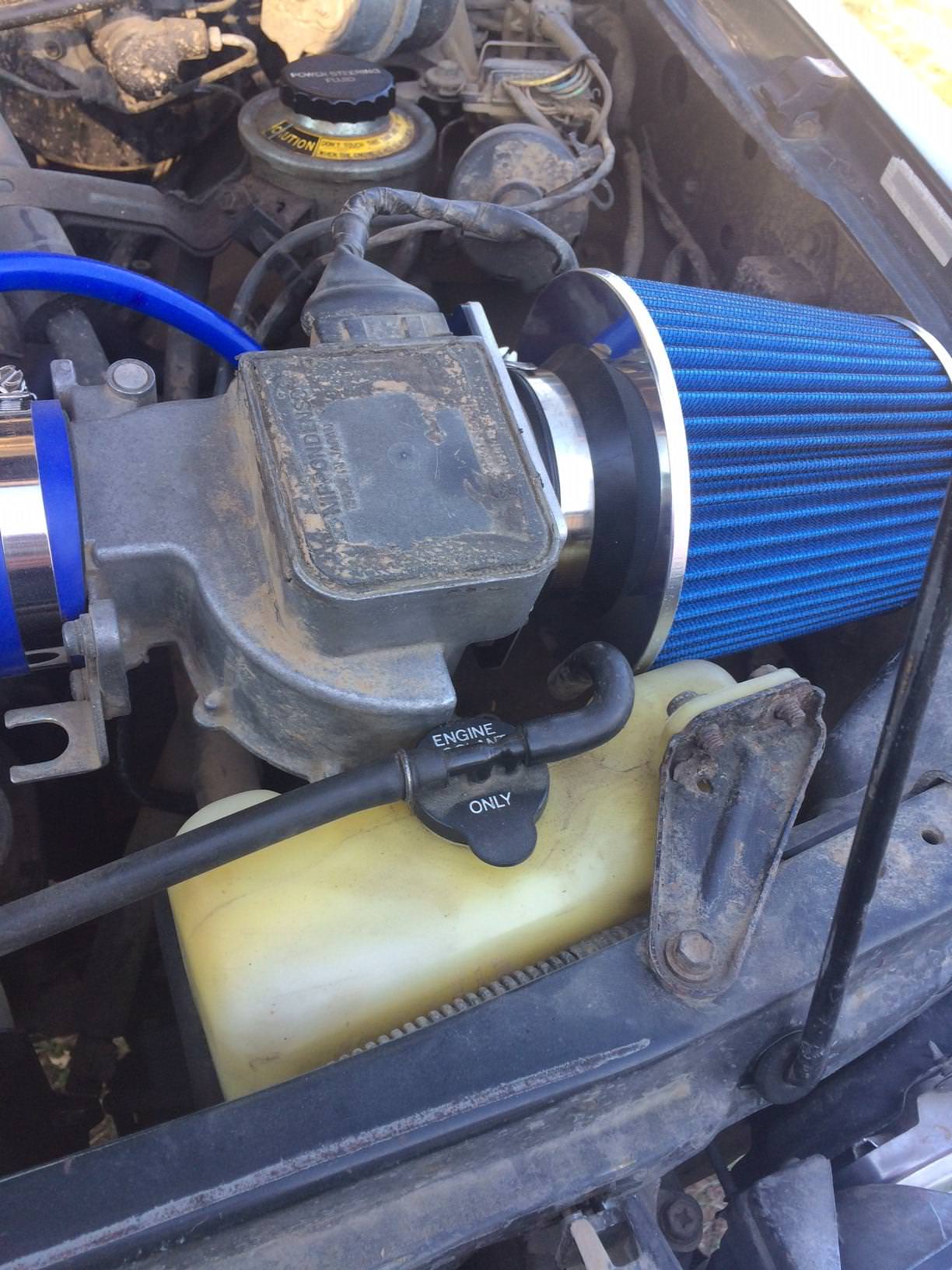 i ordered up an extension and a new elbow and adapter 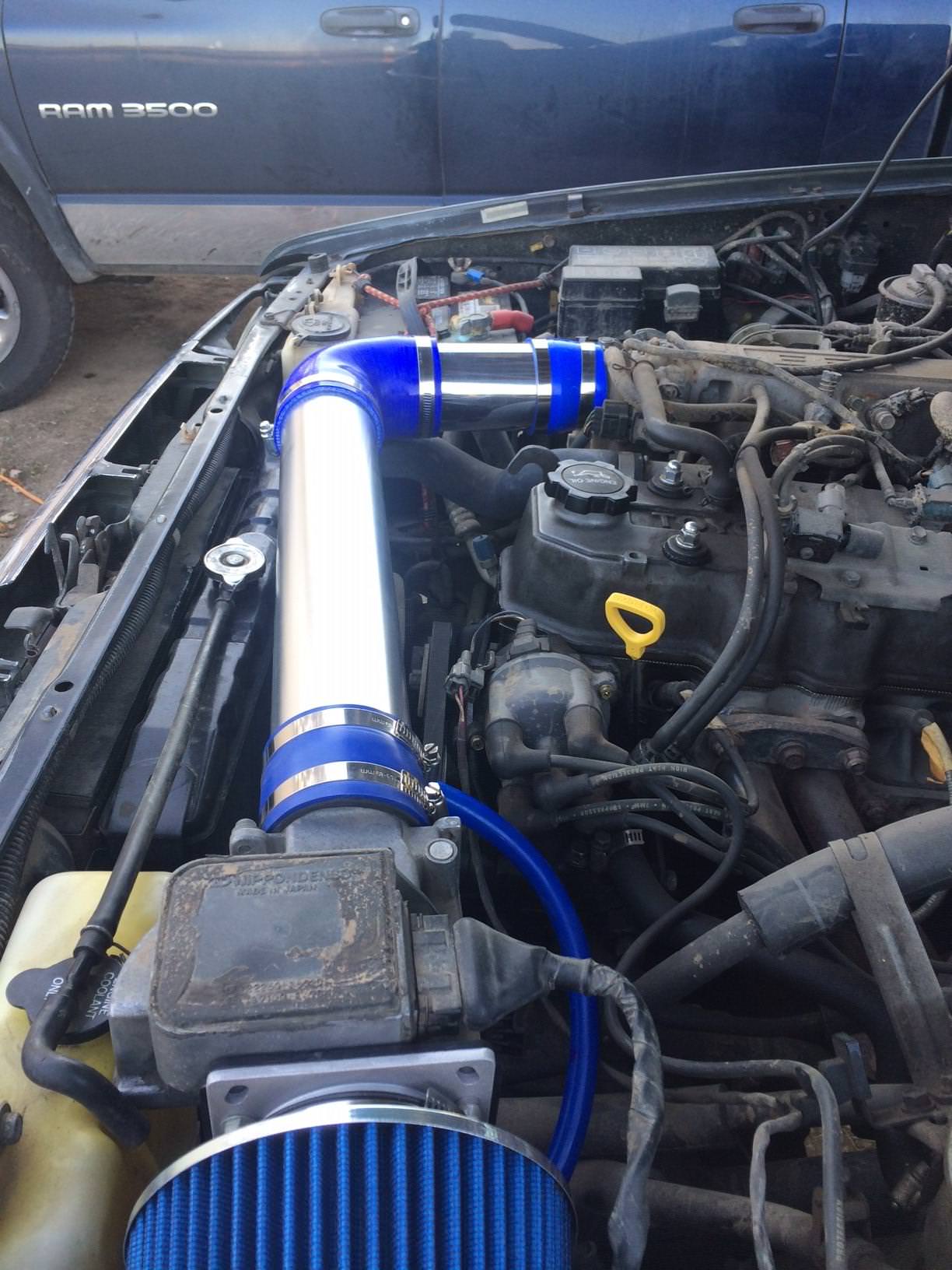 but i think it may be a little too long, i may need to shorten it up a little to align things better 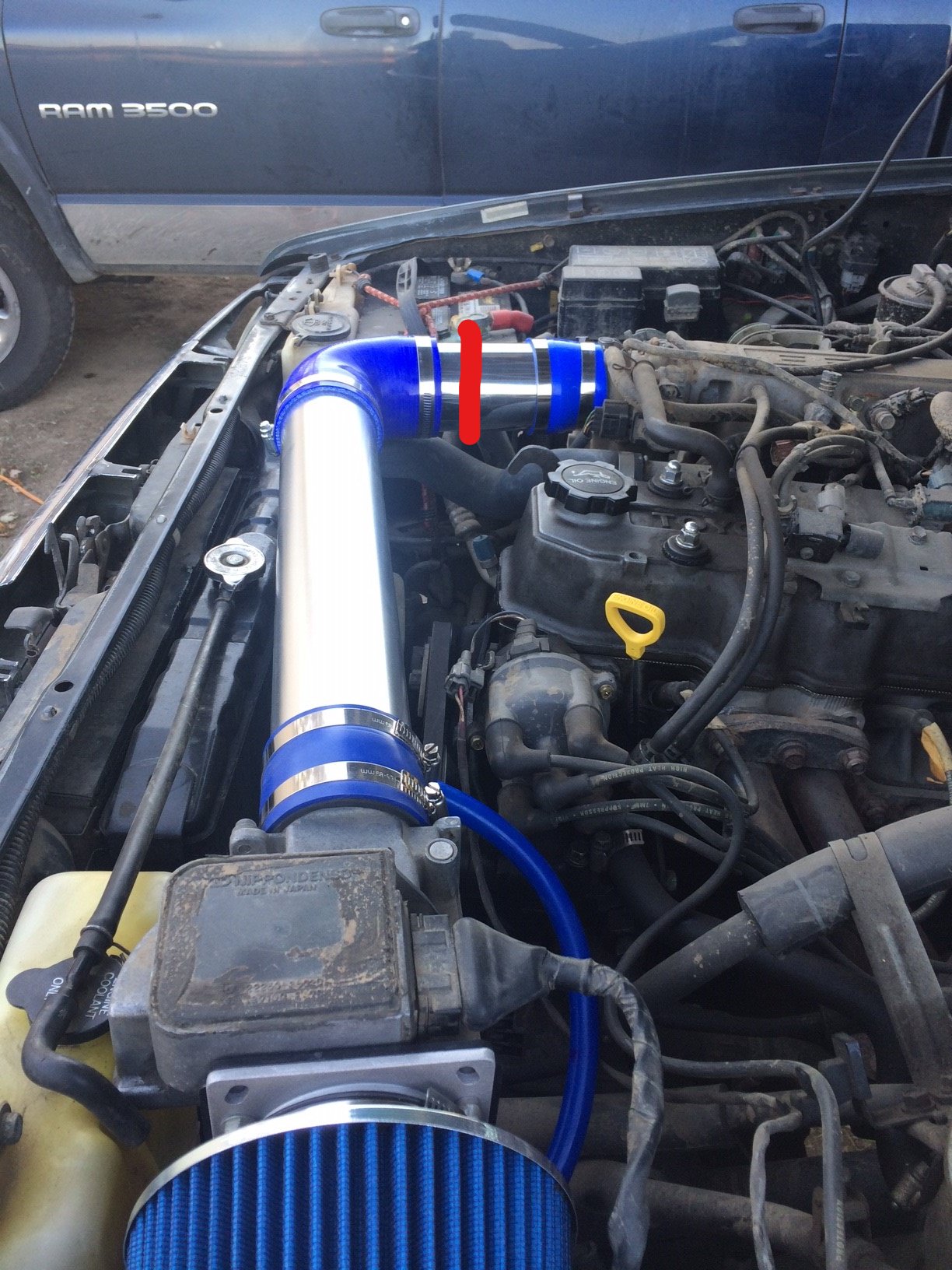 and i still need to build a heat shield.

last weekend i got the fan, alt, water pump, and associated bracketry removed, tried to test fit the new CS144 alternator but it doesn't look like it will work (without more mods than i want to do right now) so i found a stock size 130 amp unit to put back in that is supposed to be here Monday. I will put the CS144 in my 72 K5 next spring when i revamp the electrical system in it. I have yet to put anything back together between the cold weather and the cold my son gave me i have not done much of anything.

Call me crazy, but why didn’t you just remove the engine hook and put it in your tool box? You’ll only ever use it to pull the motor.

redthies said:
Call me crazy, but why didn’t you just remove the engine hook and put it in your tool box? You’ll only ever use it to pull the motor.
Click to expand...

because then it was going to hit the valve cover, spacing it out i can get the angle i want for the air filter box/heat shield. plus i got enough junk in my tool box drawers.

finally getting over this cold, wasted some time Saturday installing the water pump..... only to realize after installation that its the wrong pump. apparently someone swapped the block out with a pre-85 block, all the mounting holes match up but the top of the water pump wont seal. pre 85 is a straighter design than the later swooping design.

What rear bumper are you using, and what prompts the desire for a PS cooler?

Blind Cleric said:
What rear bumper are you using, and what prompts the desire for a PS cooler?
Click to expand...

right now it just has a stock bumper, i am going to build my own bumpers for it.

Finally got some time to work on the 4Runner yesterday with our weird weather were having.

i was wrong when saying the power steering cooler needed replaced, it was the A/C condenser, and since the A/C doesn't work i don't see the point in keeping extra parts on the rig. 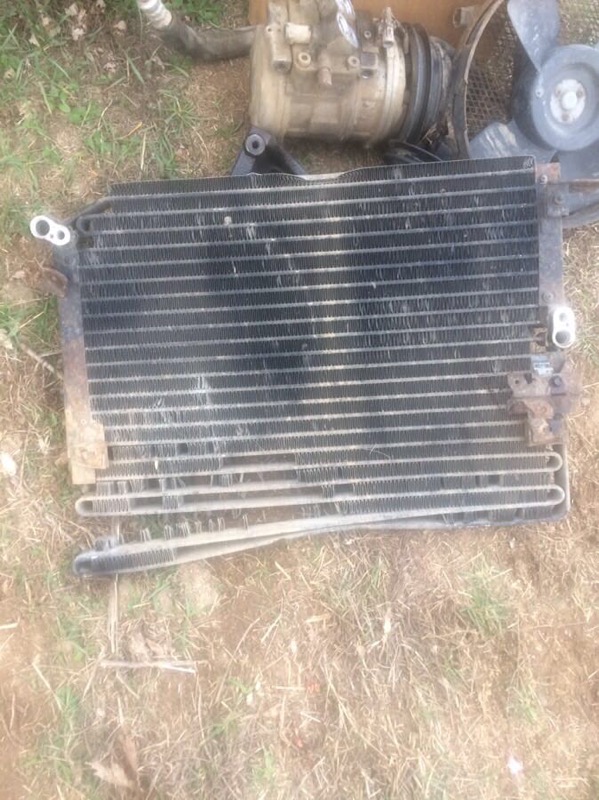 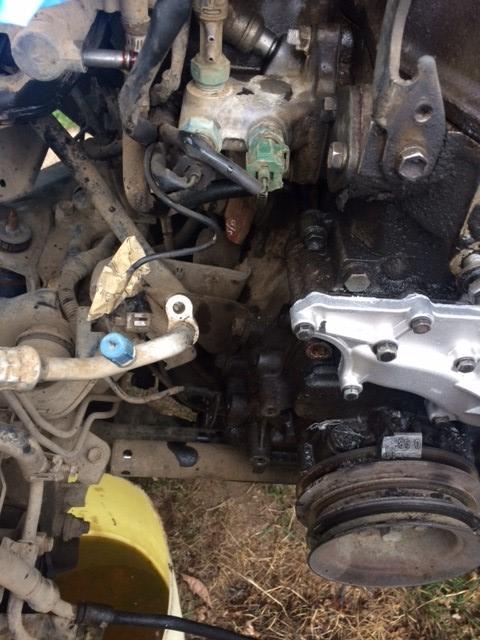 and without the condenser and everything else in the way, the radiator will get more air flow 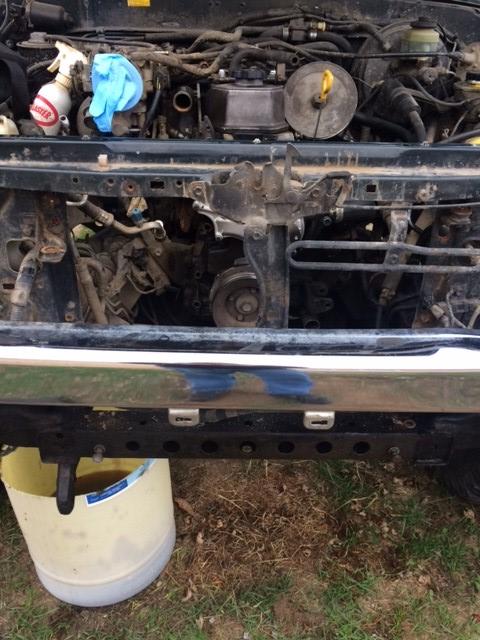 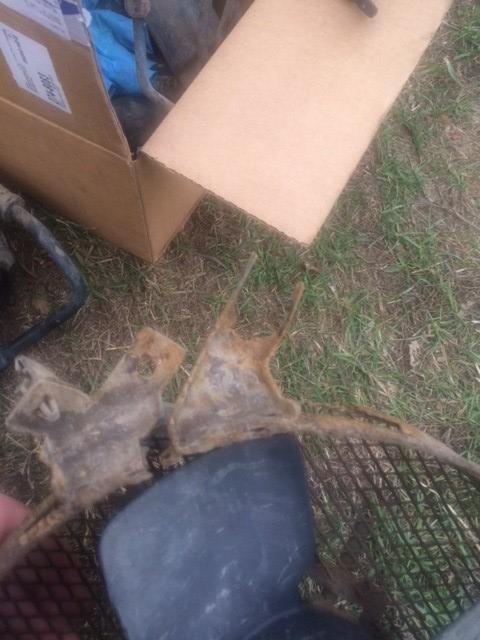 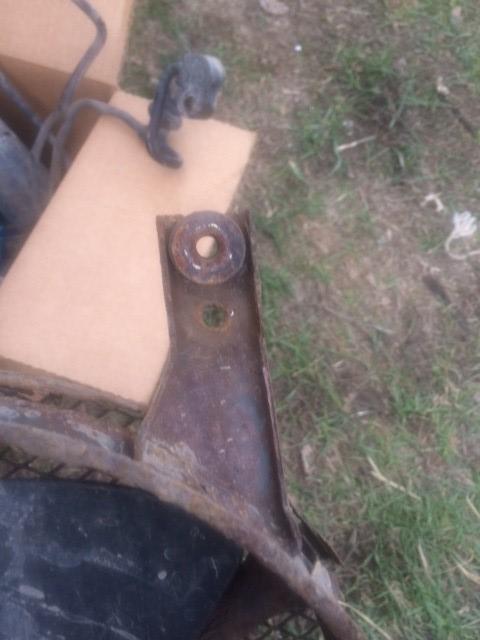 with the rust in the front of the frame i was fearing what i was going to find when i pulled their little skid off that was bolted under the radiator... but i was pleasantly surprised. 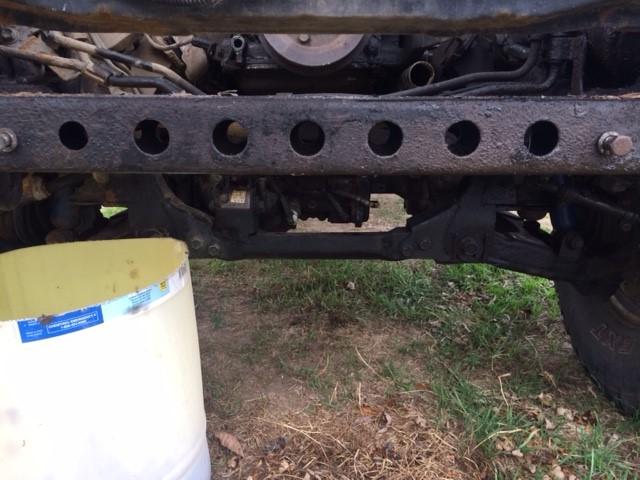 snow finally melted enough to work on it a bit yesterday afternoon (after other projects). pulled the upper intake off to get room to try a pipe wrench on the broken thermostat bolt that was sticking up. it started to move, I re position the pipe wrench and SNAP... now its broken off flush. This has been the worst bolt to try and remove, I tried heat and PB blaster before it broke, then after it broke, even more PB blaster and heating iron. Im going to go pick up some left handed drill bits today, worse case scenario i drill it out bigger and tap it.