Perfect Condition
Definitely wakes up the 7.3!

PCM Code VLB3 (Can be setup by DP for different PCM code - contact them for particulars)
If your code is VLB3 it is plug and play. (check sticker on driver door jamb where hinges are or you will have to pull the PCM to find out)

Lots of Additional tunes are available from DP

Glad I read your reviews of this tuner on other forum otherwise I would have bit.
1

tcg144 - mostly depends on what you are looking for.

The DP provides plenty of power and quick throttle response and generally works fine. The F5 tuner switch makes it easy nice to be able to switch between tunes on the fly with a push of a button.

As with any tune one has to be very aware of the EGT's (EGT gauge is highly recommended). The DP will spool up and under high gear, high load the EGT's will climb past 1300 F (measured at the #8 position of the exhaust manifold). The solution to that is to downshift and ease up a bit to hold the EGT's at or below 1300. The DP will also roll some black smoke under heavy throttle, as in near floored. The boost will climb over 20 lbs vs the 12 to 15 lbs in stock mode. In short the stock PCM program is being modified and certain constraints are being removed to allow the additional power to be generated via more fuel and other parameters being modded. For passing and climbing the hills, it was a nice to have the additional power and response. It was also nice to have the much improved throttle response of the line or at slow speeds.

There are some of us who have experienced a mild surging in our rigs around 45 to 50 mph at light throttle. Jody at DP felt the surging was an injector issue. It may or may not be. Not everyone with 7.3 vans is experiencing the surging and many people are very happy with the DP tunes, and the mild surging I experienced was in a narrow speed band under light load cruising conditions and not present outside of the that range.

I ran this for about three years and over 20k miles and I was okay with the tuner. What was less satisfying for my type of driving was the smoke and higher EGT's under heavy acceleration and load, and the mild surge at 45-50 (33's w 3.73 gearing and a built out 4x4 van). The smoke and EGT's required my being careful with throttle on the hills. The surging required not staying in that speed range under cruise conditions or switching out of the tune which can be done on the fly.

Happy to answer any other questions.
2

My 2000 7.3 has been fantastic for over 100k miles with pretty much the same tunes. I use it to tow our travel trailer up the backside of Yosemite through Tioga pass and while the EGT's do get up there, if you watch it and keep the revs high (+2300) it works very well. In the mountains I take it out of OD when pushing it or it will smoke.

I don't have any surging but have removed the EBPV with a delete pedestal, this adapter from Riffraff and a billet wheel about 40k miles ago. No issues before, this was more for fixing oil leaks and reducing EGT's 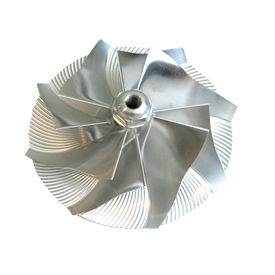 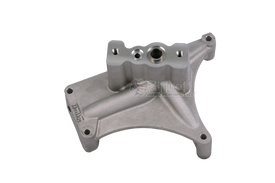 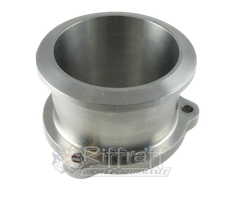 Good price with tunes IMO. If I needed another I'd do this in a second, completely transforms your truck.
T

Does it do anything for built transmissions?
T

tcg144 - The various tunes modify many different parameters including the transmission shift points and torque converter pressures relative to loads and rpms. eg. Tow and Mountains tunes tend to hold off the gear up shift longer .

As to a "built" transmission best to check with DP if it is something special.

Bench seat that folds flat to use as a bed.
Approximately 36” x 48” when flat.
Have mounting brackets for it as well.
The seat back cushion needs to be reattached with hog rings.
I cut them to get the cushion off to see about reupholstering it, but have changed the camper layout.

Captains or bucket seats for sale. Second row seats out of an Econoline Chateau model.
They are in great shape and have the quick release bases.
I do have the cover that is missing in the picture as well.

I’ve been looking for those exact chairs for quite a long time. It’s to bad that you are in WA because I’m in TX.