Pics of your favorite fly water 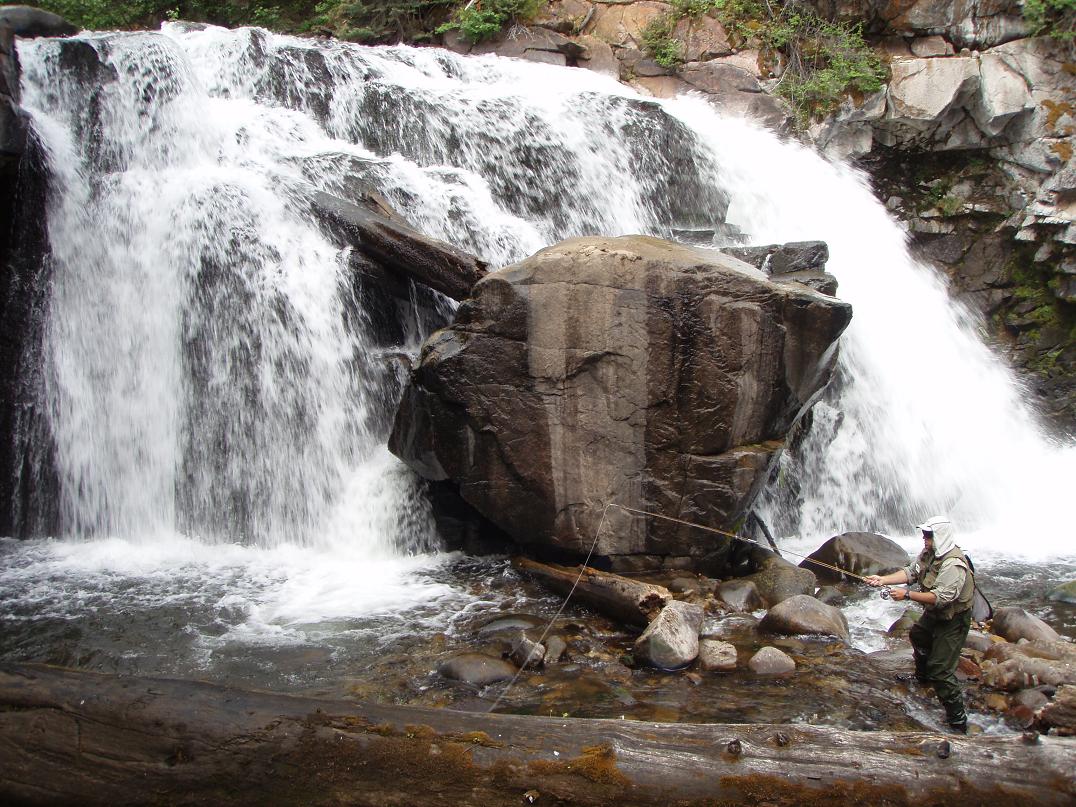 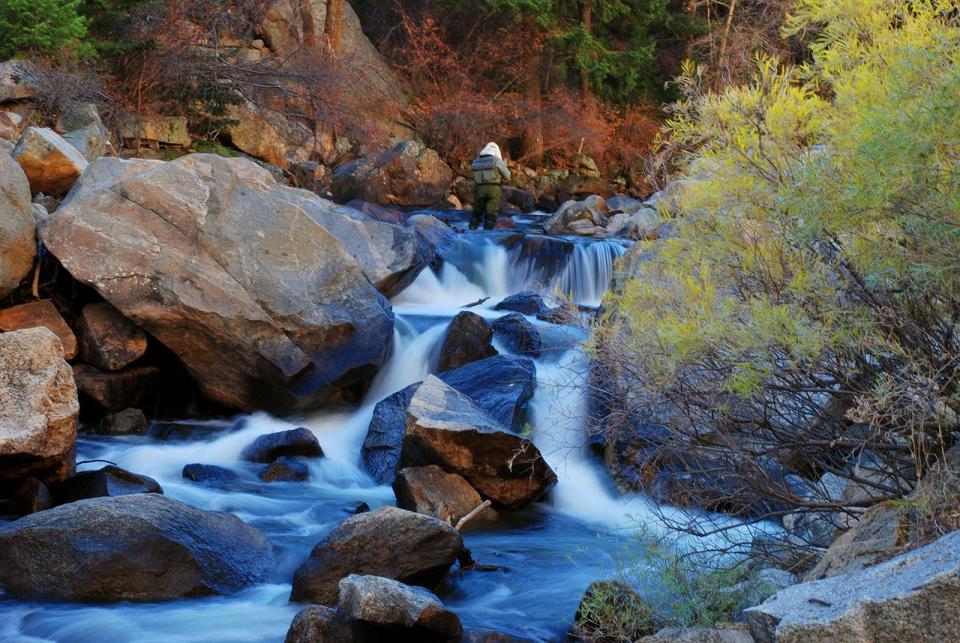 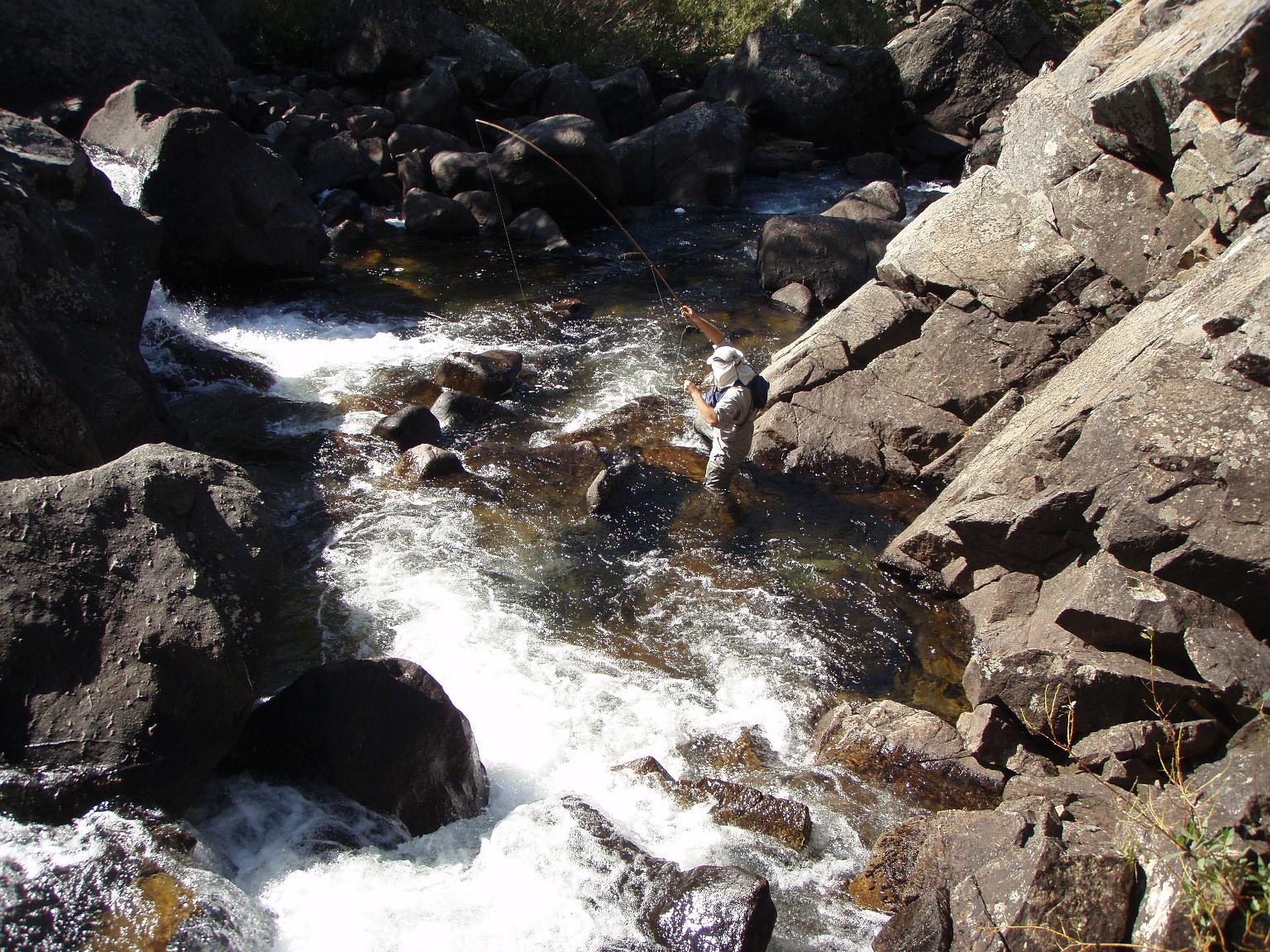 This is a hard one to answer--so many choices to choose from. Here are a few of my favorites.


Never been to Calf Creek....is it in Northern or Southern Utah?
Click to expand...

Between Escalante and Boulder. It's not a place you'd normally look for trout. I stumbled across the fishery years ago when Diana and I stopped to take the hike up to Calf Ck Falls (worth the hike just for that) and take a quick dip in the pool at the bottom of the falls.

I noticed beaver dams and pools and rising fish. Stunned, I returned to the truck and rigged up a 4wt with some light tippet thinking maybe a brookie or so. Wrong. After losing the first couple of hook-ups I re-tied with stronger tippet. Each of the fish had dived (a good sign that you might just be onto a brown trout). Browns they were and nice, strong, wild ones.

After I'd released a couple of fish ~14-15" long and several smaller ones in the 12" range
a F&G agent "happened" along. I had a license to show him, but we talked at length about this short fishery (maybe 2 miles long???). He just laughed and said that it's one of Utah's best-kept secrets. When I casually mentioned that I might submit an article to a publication about it he warned me that a lot of Utah fly-fishers might want my head. I understood what he meant. This creek is fragile and could be destroyed by heavy fishing, so when I did write the article (this was early '80s) about my trip to Utah I mentioned it only in passing and not in detail and spent more column inches on the upper Green River.

I returned to fish it once two years after the first visit, and I was just wondering if any of you Utah fishers had been on it lately. I know that there were larger browns in it than the ones I released. A couple of those beaver ponds backed up sizeable pools and there was plenty of feed. Hard to fish it in mid-summer. The heat pushes the fish deep in the pools and they're reluctant to rise to a dry. Nymphs are the answer then...not my preference, but better than no fish.

I'll see if I have a photo or transparency that I can scan but no promises. It's been awhile since posting here, and thought I would contribute some pics from a trip this past November to the Green River below Flaming Gorge Dam. The first day the Sun was shining and fairly warm for the weekend before Thanksgiving. The next day Mother Nature covered everything with a beautiful layer of snow. Didn't catch a lot that day, I was more in awe of my surroundings. I have never witnessed the river being more amazing than day. Fresh snow covering everything making it ever so quiet.

Haven't been on here long, but have certainly gained lots of good knowledge from several different sub-forums. Just saw this sub-forum today! Used to fish when I was younger and spent 20 years away from it. Two birthdays ago, I told my wife to get me fly lessons for my B-Day. Since then, I sold my car (First and only car I've ever had, always had trucks). Bought my tacoma and have put 29K on it in less than a year and a half fishing for Trout and Steelhead. I grew up chasing Steelhead and regret letting those 20 years slip through my hands not chasing chrome! So....I'm making up for it now! As soon as my daughter can chuck a fly she'll be chasing the gray ghost with me!

By far my most favorite river to fish for steelhead. It was the first river I ever hooked a Steelhead on when I was 12. The South Fork of the Eel River. Nothing like stepping out of your truck and being amongst trees that could be 1200 years old and seeing the coastal fog roll over the mountain tops bringing in that chilled air. There's really no way to describe fishing the coastal rivers of Northern California and Southern Oregon. Constantly watching the weather conditions, the river levels and hoping you timed your trip just right to get a chance of hooking into a winter run Steelhead is something I'll never grow tired of! It's certainly not for everyone, although I do have some photos of me holding a nice Steelhead, more often than not (And especially on the Eel) I come home with the wife asking, "How many did you catch" to which I reply, "None, babe bagels everyday".

Here's one from about a week ago on the Truckee River

Eastern Sierra's near Bridgeport...I need to drown a fly!
D

Wow! Nice places. Thanks for sharing these great pictures. It will be really good to go fishing at those places.
I

Southern Sierra's on the Kern Plateau

All natives, all small, all fun!