I do a lot of stuff…..but I doubt ever in my life will I fabricate an exhaust system like this. You win a prize for patience and determination.

Yah, a bit beyond the average fabrication job, I have been building headers, not simple ones but real headers since the mid 70s. My first customer set was built on a rater radical '70 Camero road coarse car. I hand formed the steel fender flairs, not flat wrapped sheetmetal, they were all formed with hammer/ dolly, The headers were full long tube tuned system, muffled to meet road course sound levels for club events.
On these headers, primarily due to cost I chose to use mild steel tubes with stainless collectors. My justification is I have a set of mild steel headers here that I built in 1976 for my track day Colt. The headers are fully serviceable, just not in use since they require the floor to be raised up as needed for generously lowered cars, as in 4" lower with full suspension travel.

I thought I would have the last tube done by now but just did not get it right, It was tight to the frame rail, so I did a better job marking the other tubes as a guide and back on the bench. Chose to pour my whiskey and be done for the day.

No pictures yet but I think I have the last header tube reworked to be equal with the others, and fit in the chassis, I hope. Not sure if I will take it outside for pictures first or trial fit it in the chassis. Just waiting on last nights snow to go away. 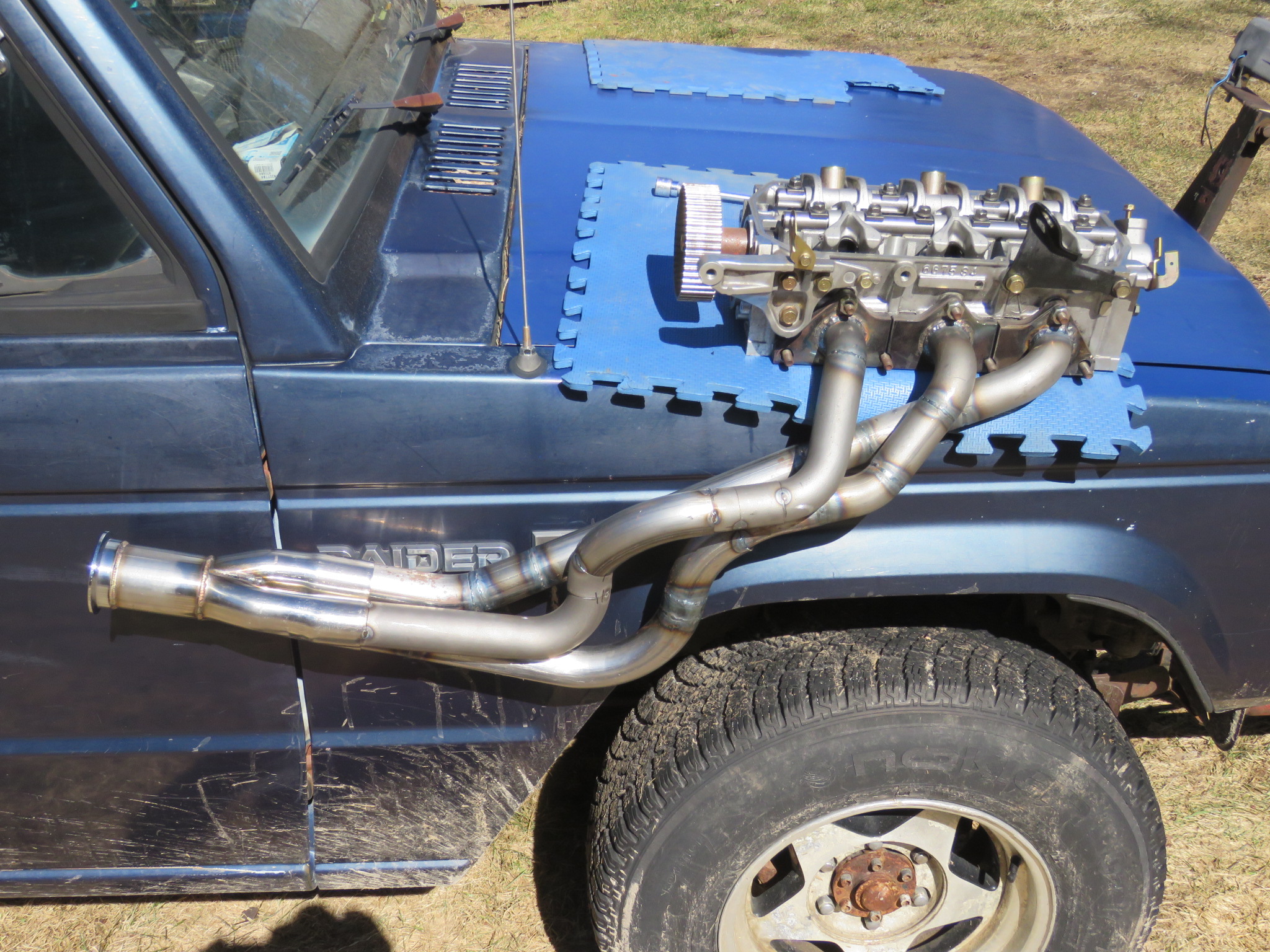 And what it now is, 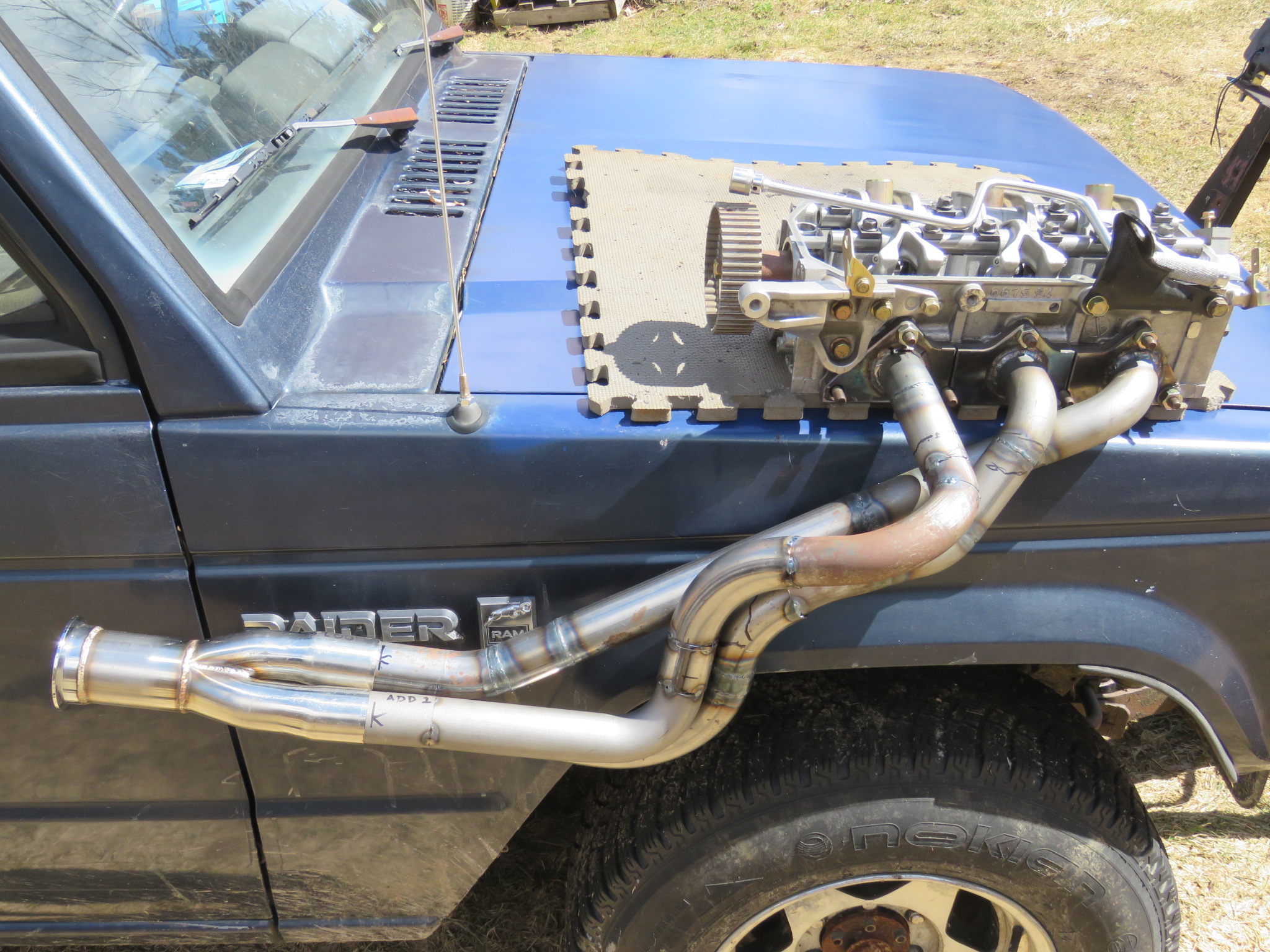 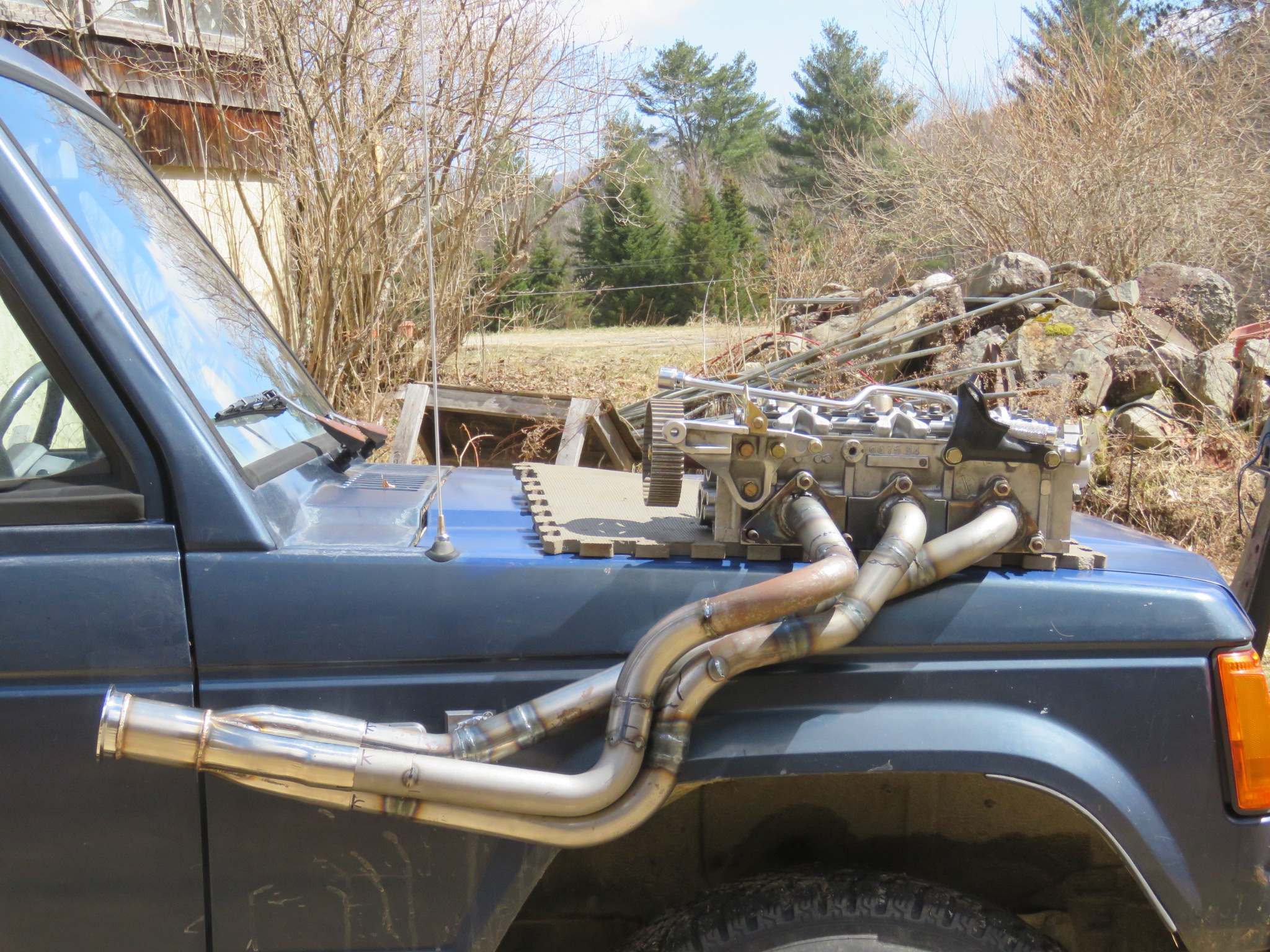 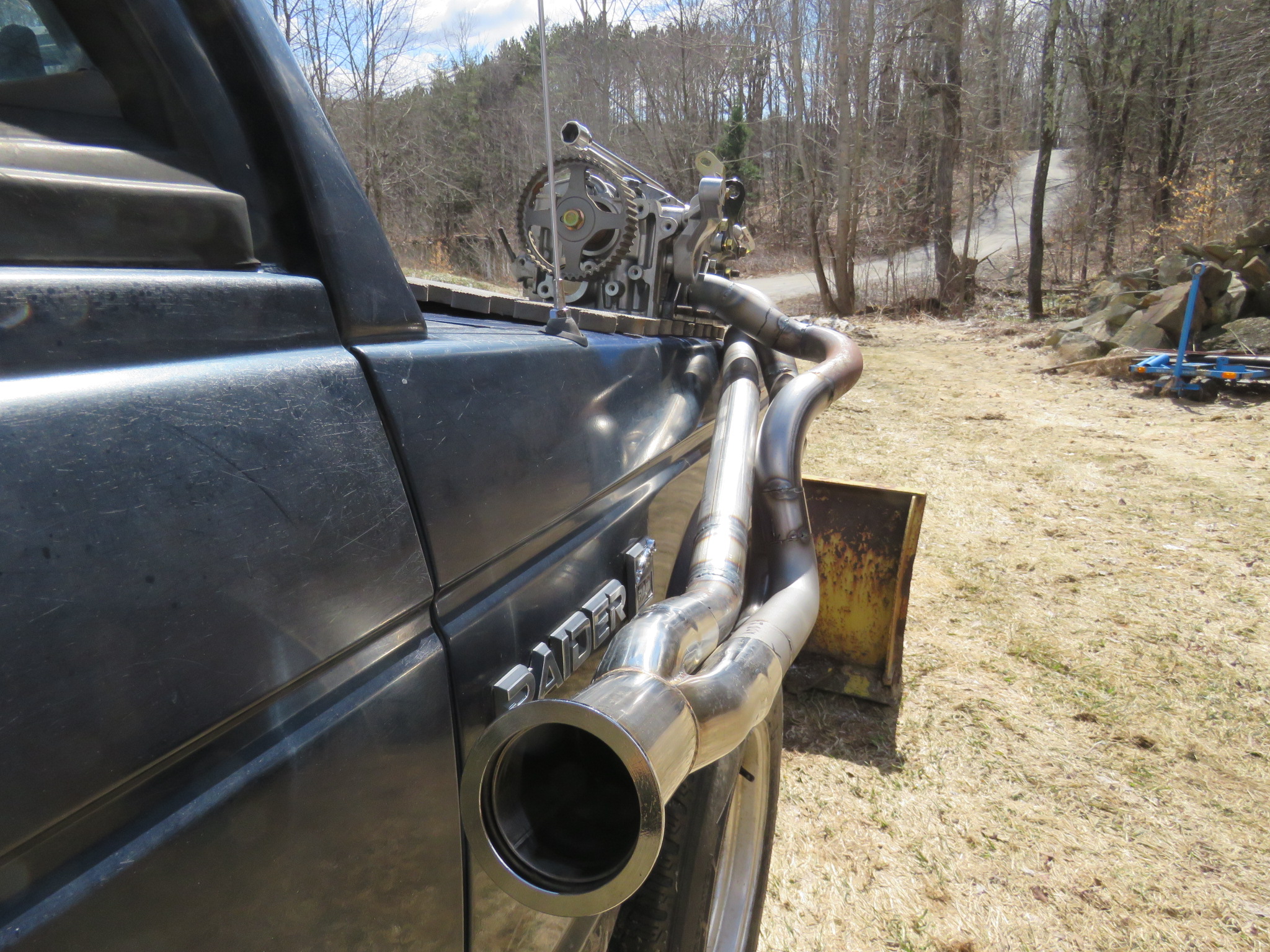 Now will it fit?

Oh it's a good feeling, My reworked 6th pipe is just right. The header is in and fits sweet. It is not fully welded yet. To get it in there I had to lift the body and the steering column gets disconnected from the box and swung up out of the way. To slide the collector on the cat can slide back over the exhaust 3" and the collector mounted to it with the Vband clamp, then tighten the tubes to the head. 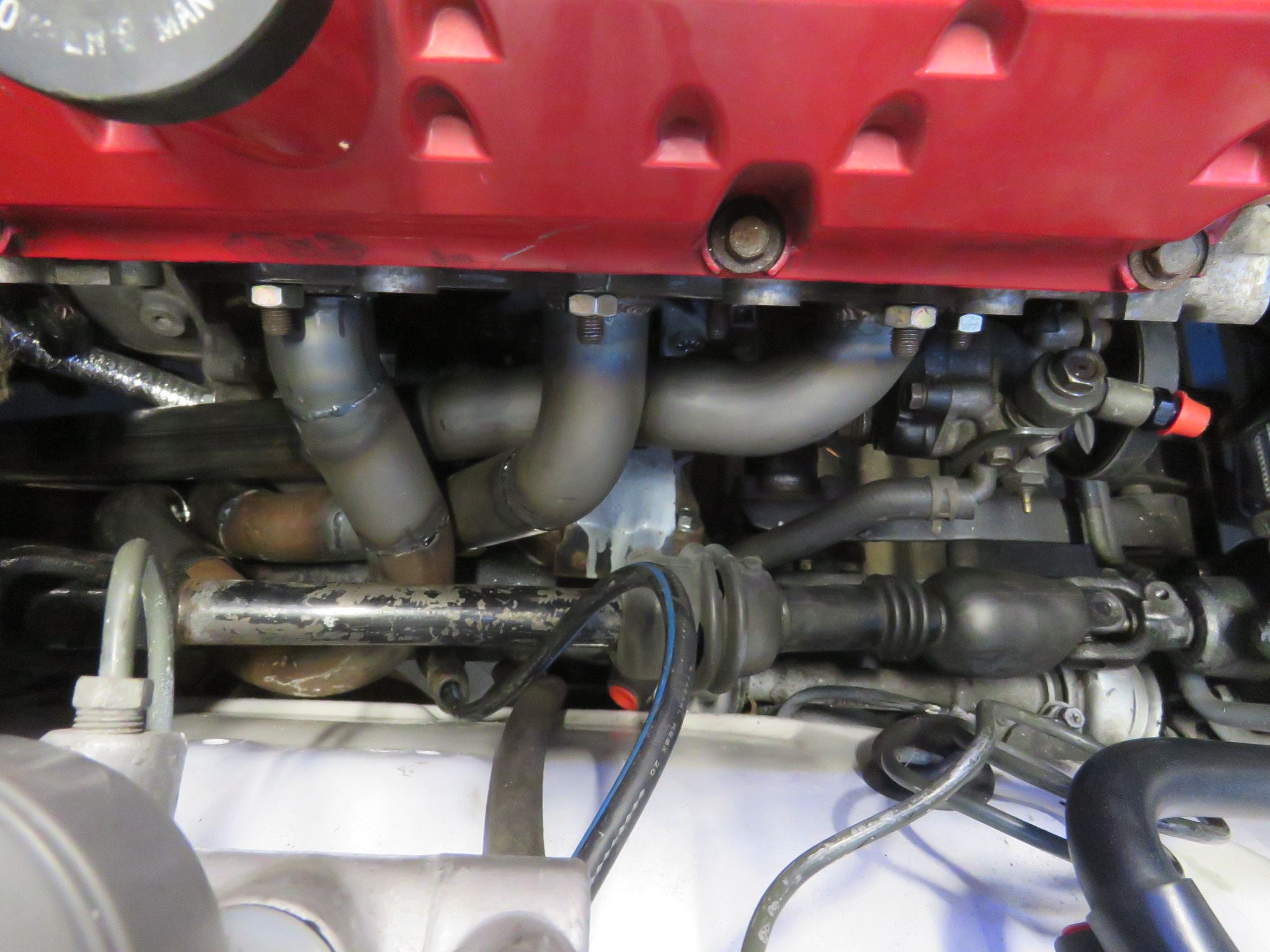 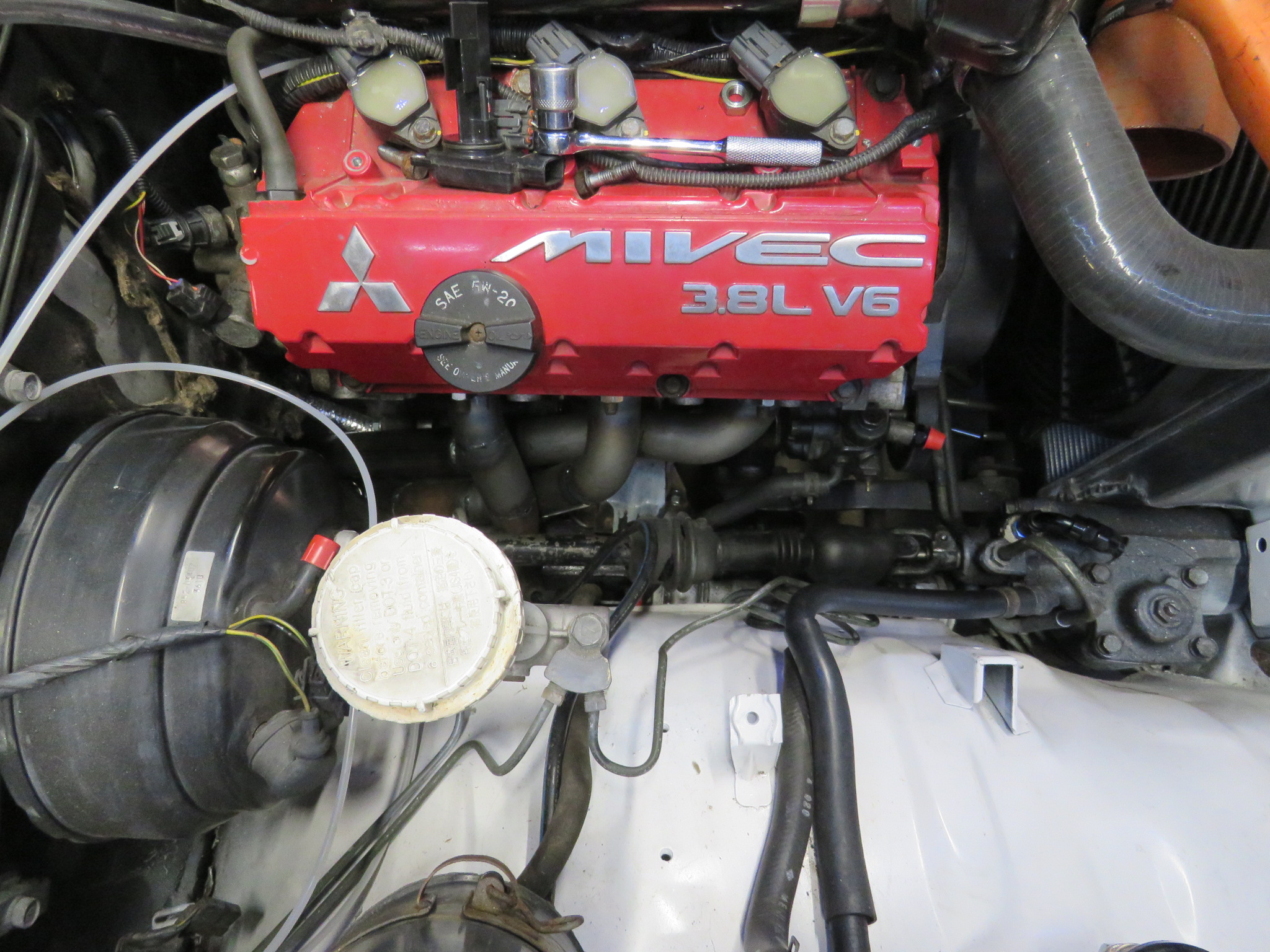 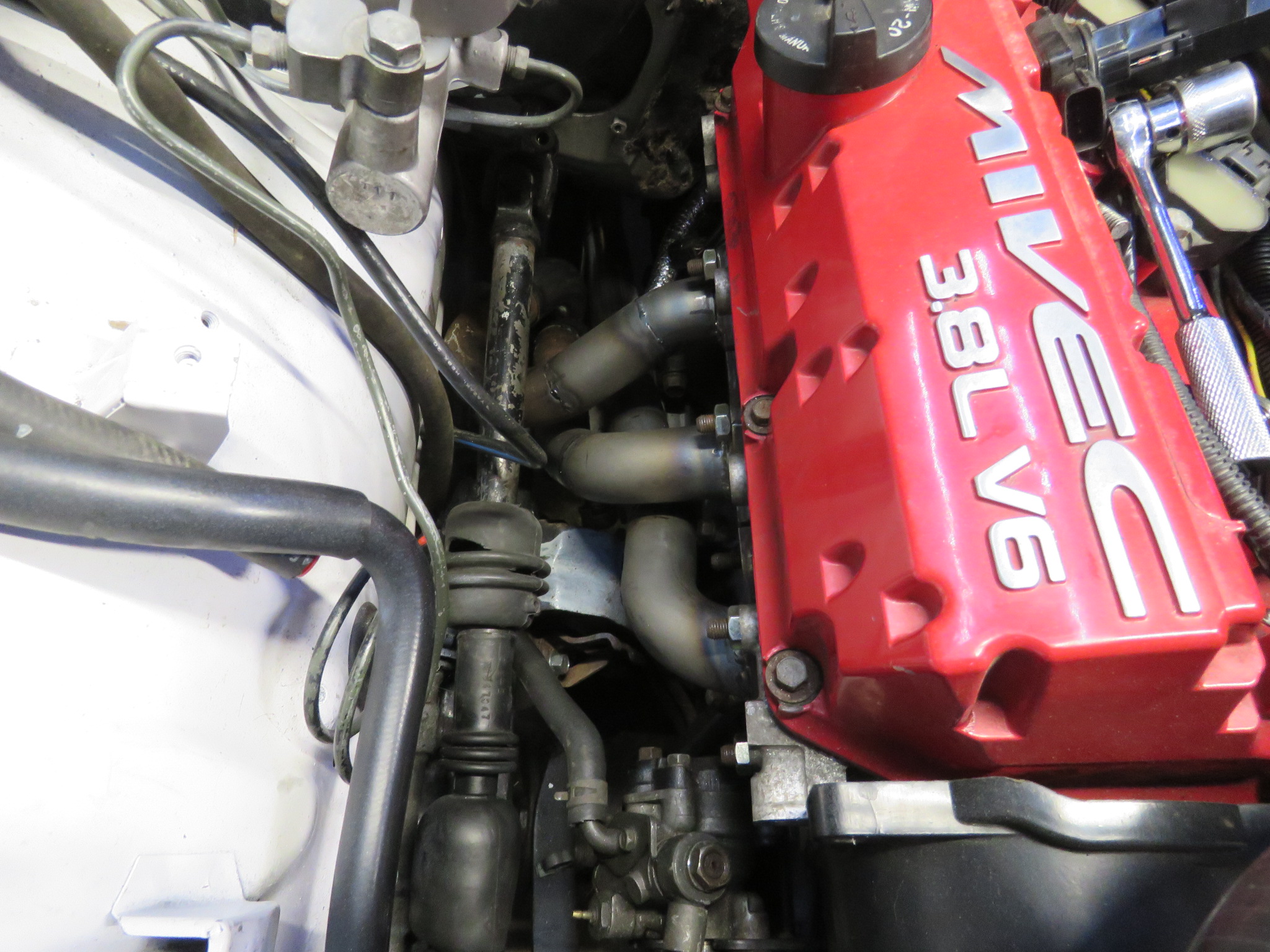 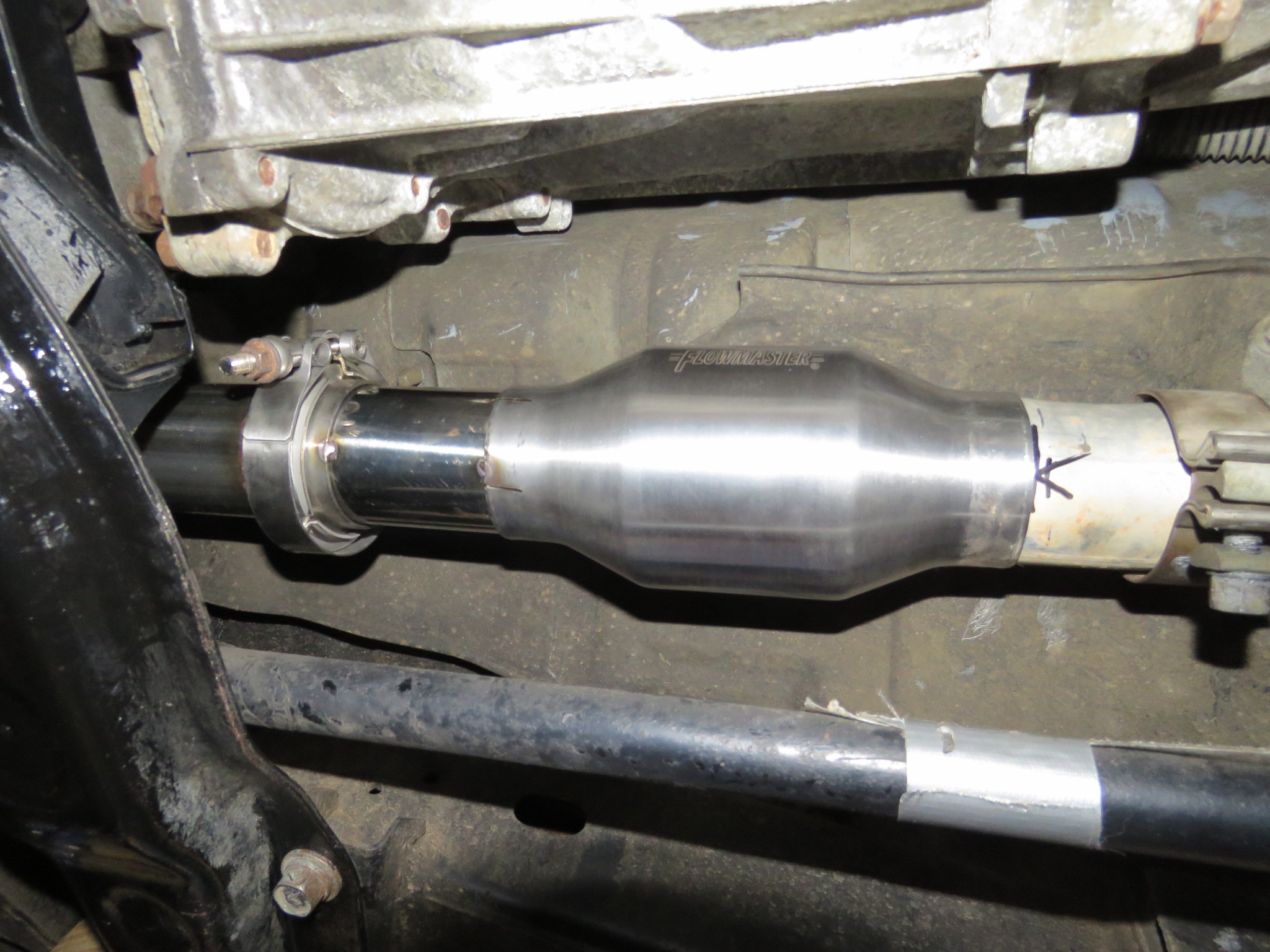 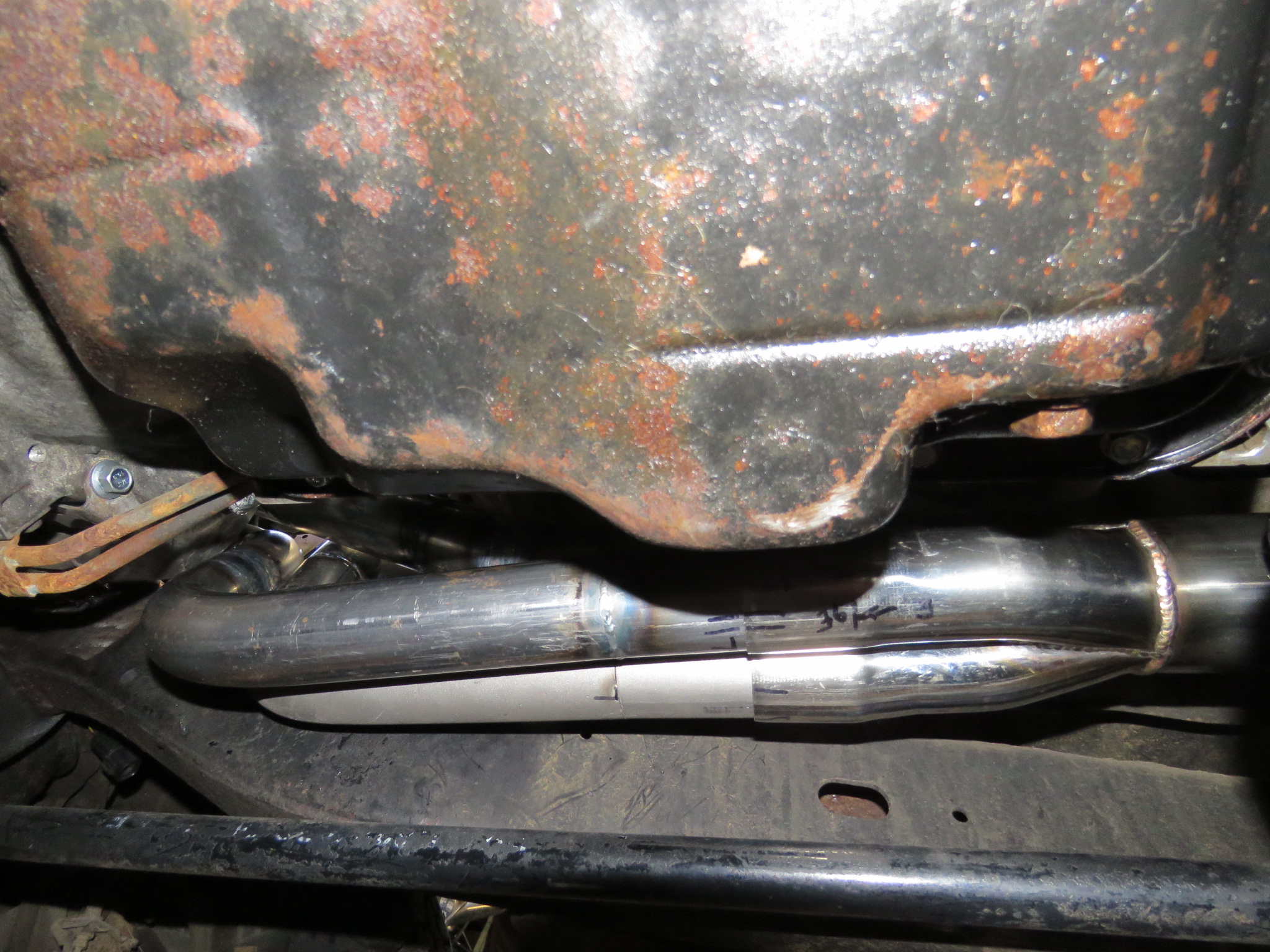 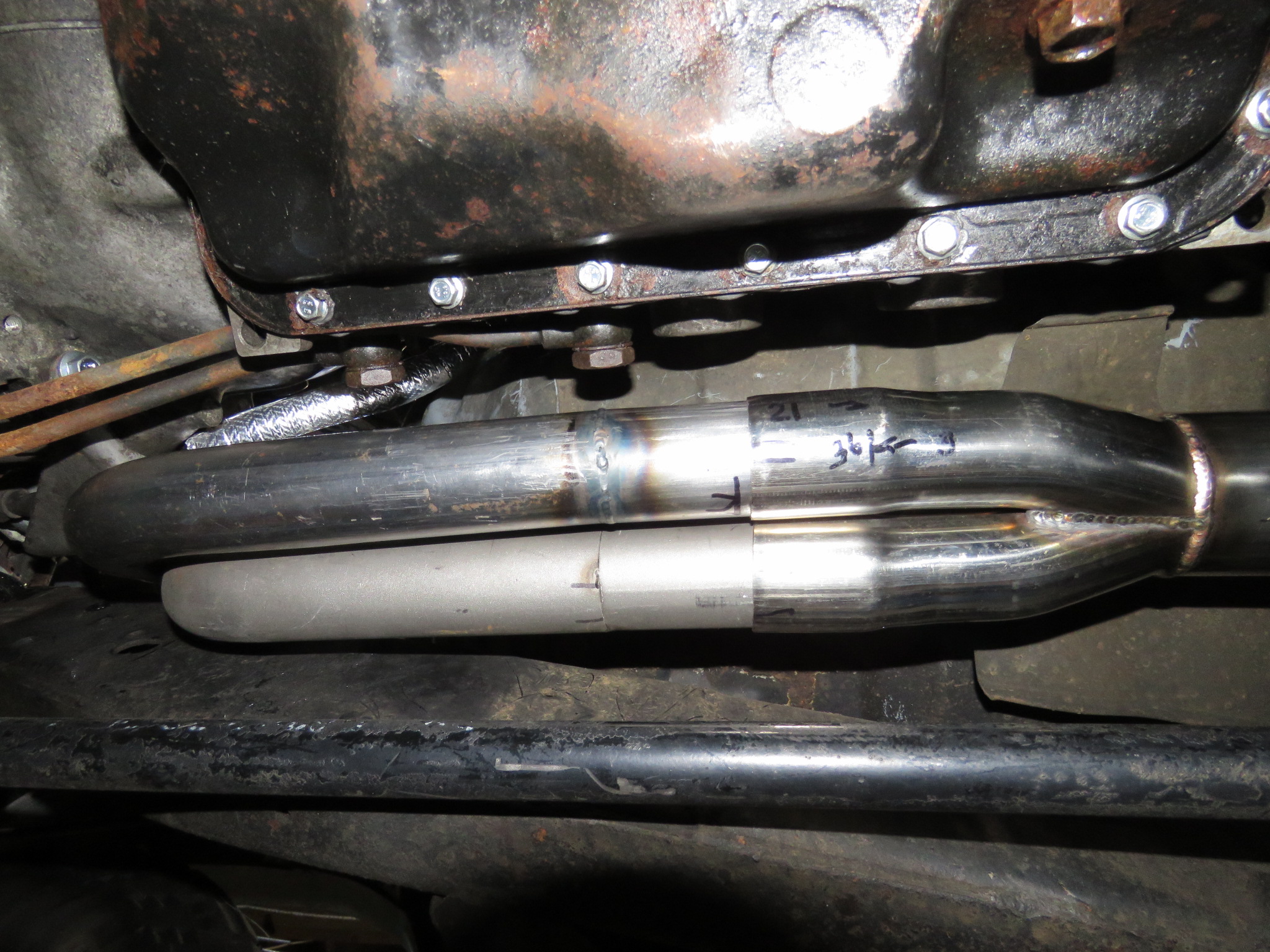 At a point where I am teaching welding tomorrow and taking the time to move the Pajero outside for a week or so. Bunch of shop cleaning to do. 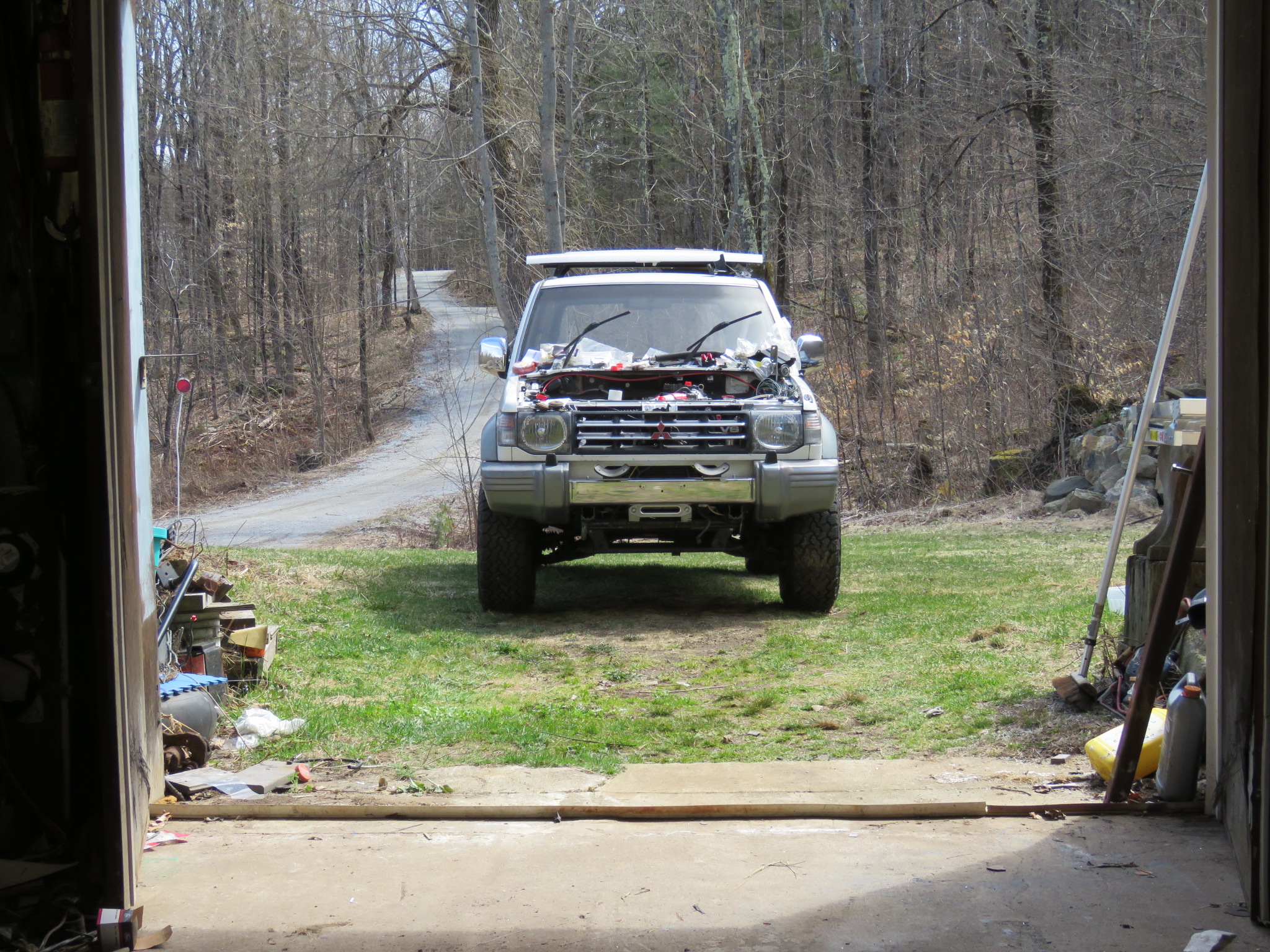 Now that I have some room around this, I moved the step over since the factory mount will not allow for use of a receiver. One thing I could not understand with the step centered, it was under the spare tire, seemed kind of redundent ti have it there. 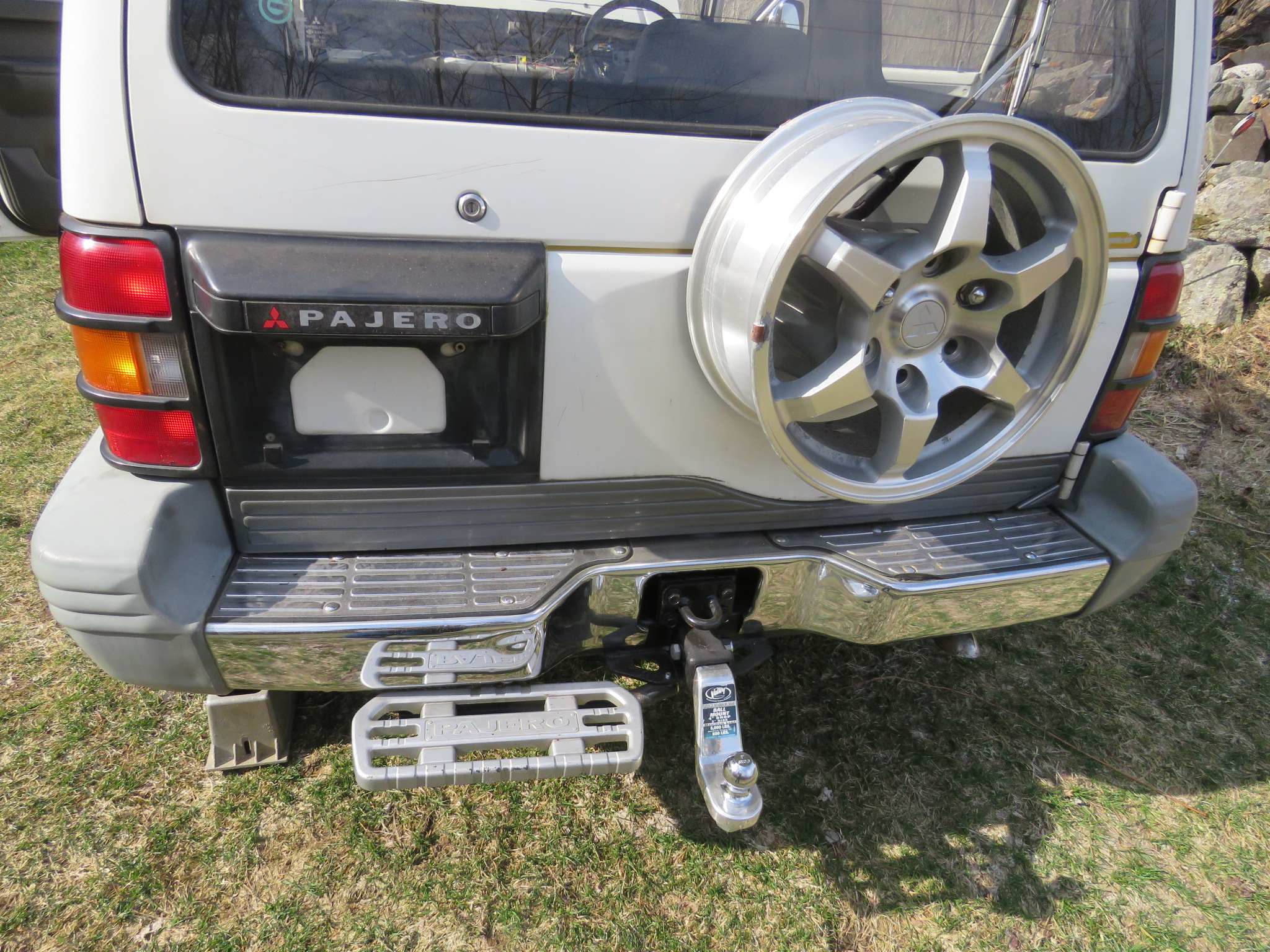 Your driveway looks like a section of a rally stage……I’ll bet you could hit 55 from just the piece I can see! Ha

"Your driveway looks like a section of a rally stage……I’ll bet you could hit 55 from just the piece I can see! Ha"

That has been done, for decades I built and supported Rally cars, hillclimb and road race cars. More than one of them has kicked up some gravel here.
Last edited: Apr 15, 2022 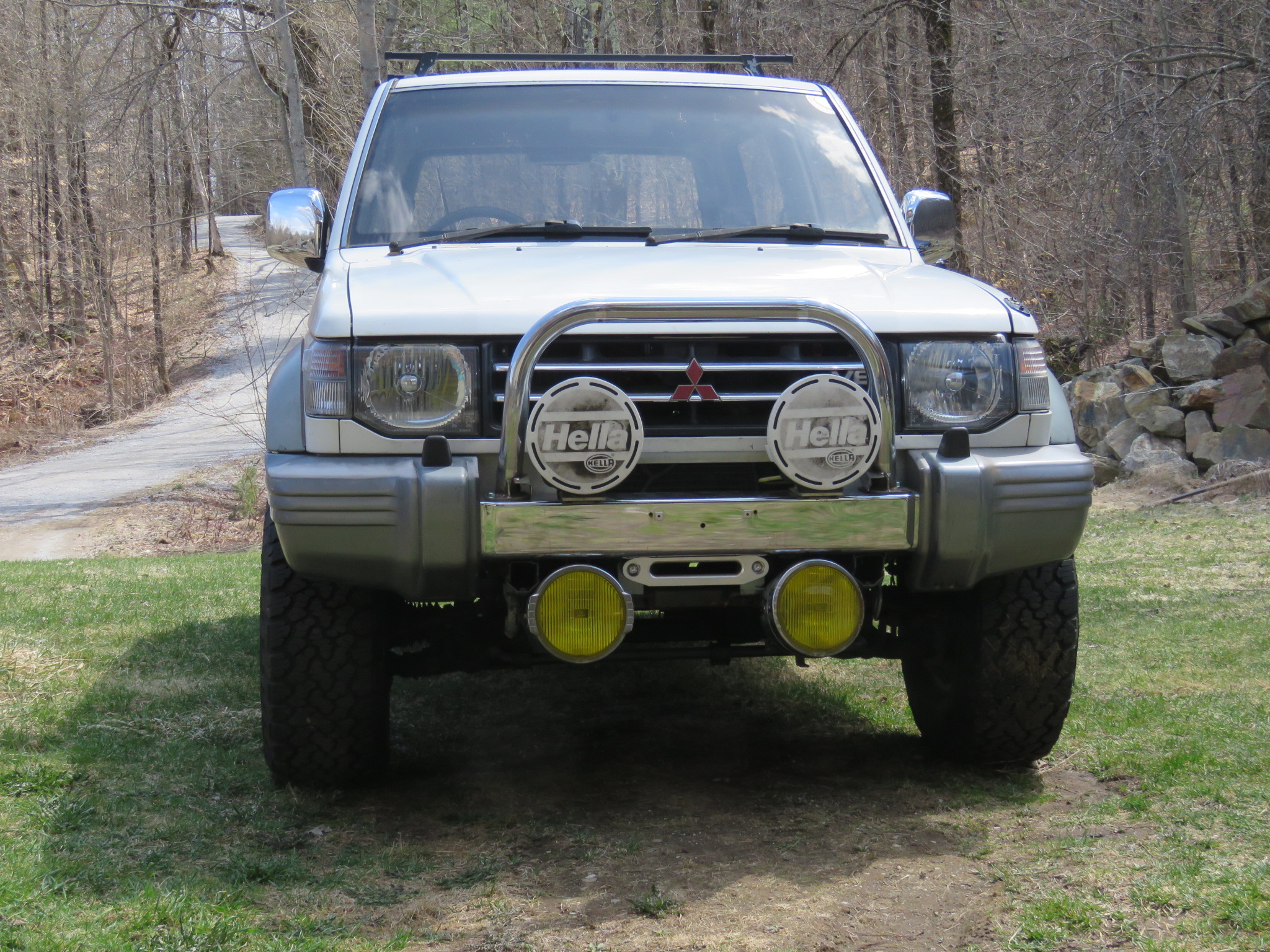 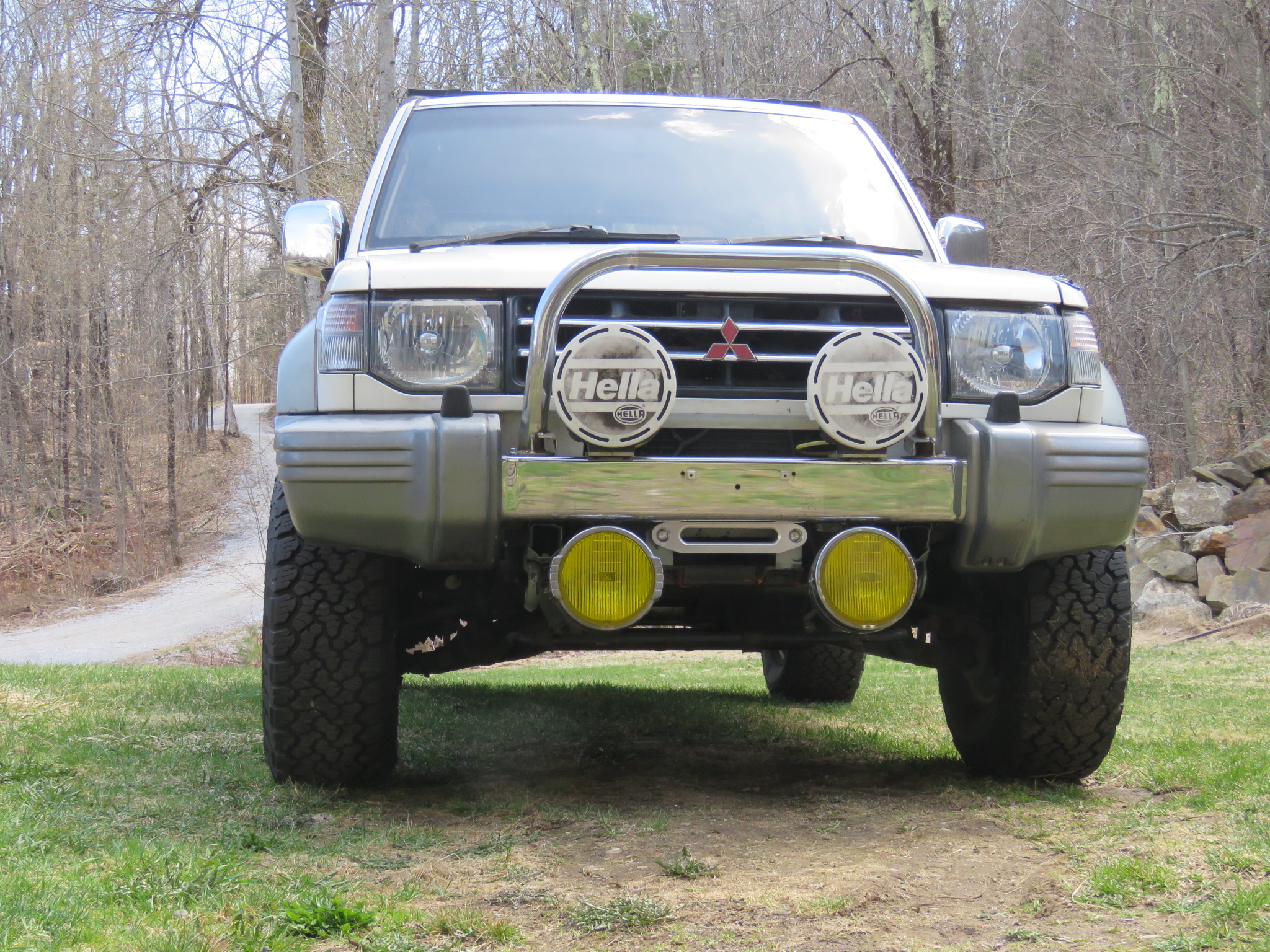 Yes, used to play and work in those events

Oh it's going to have to get used to this white stuff cause the real stuff will be coming soon, 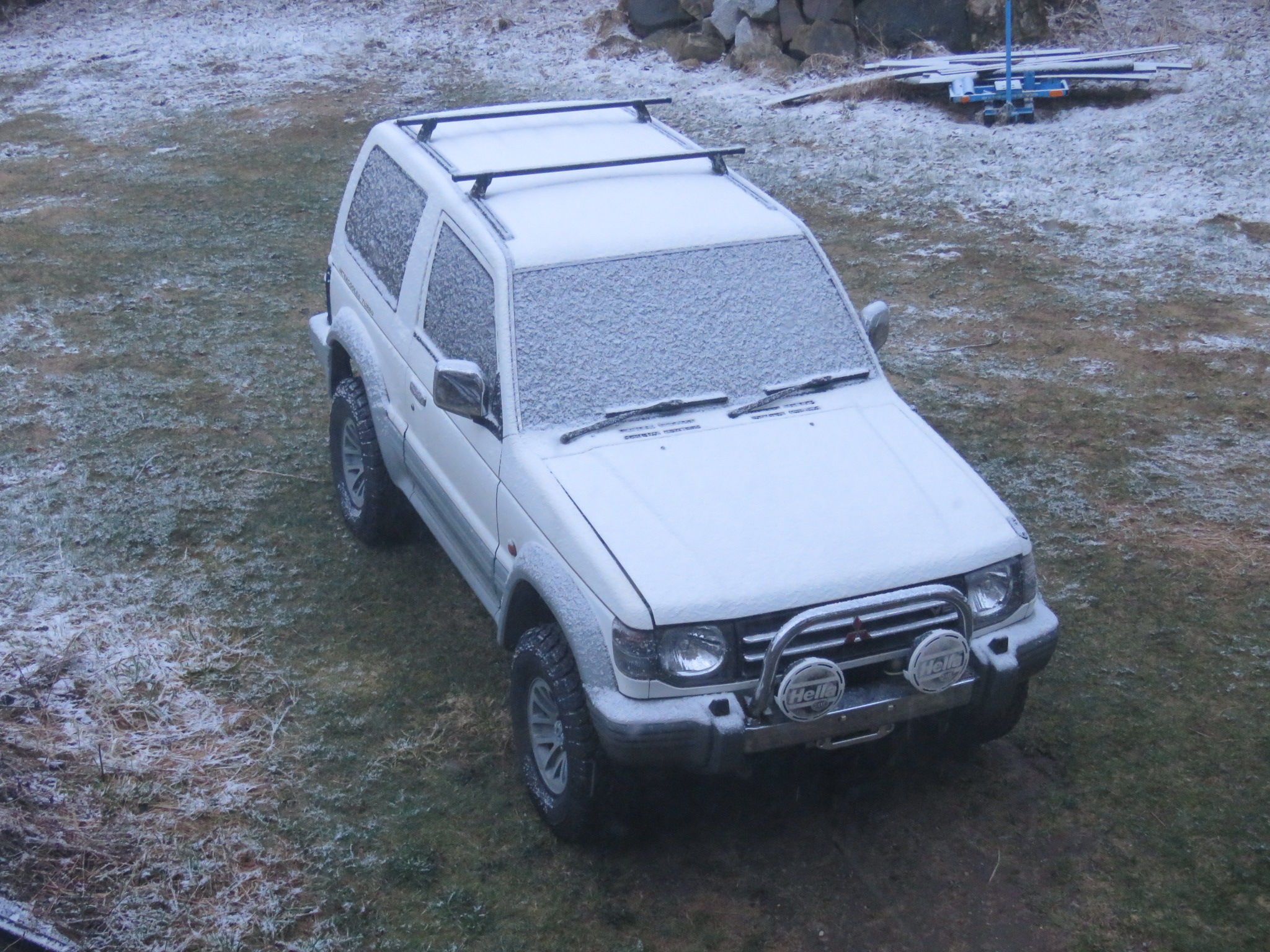 Only a bit more snow this morning, we were spared from a big Nor'easter here. Power blinked a few times is all. 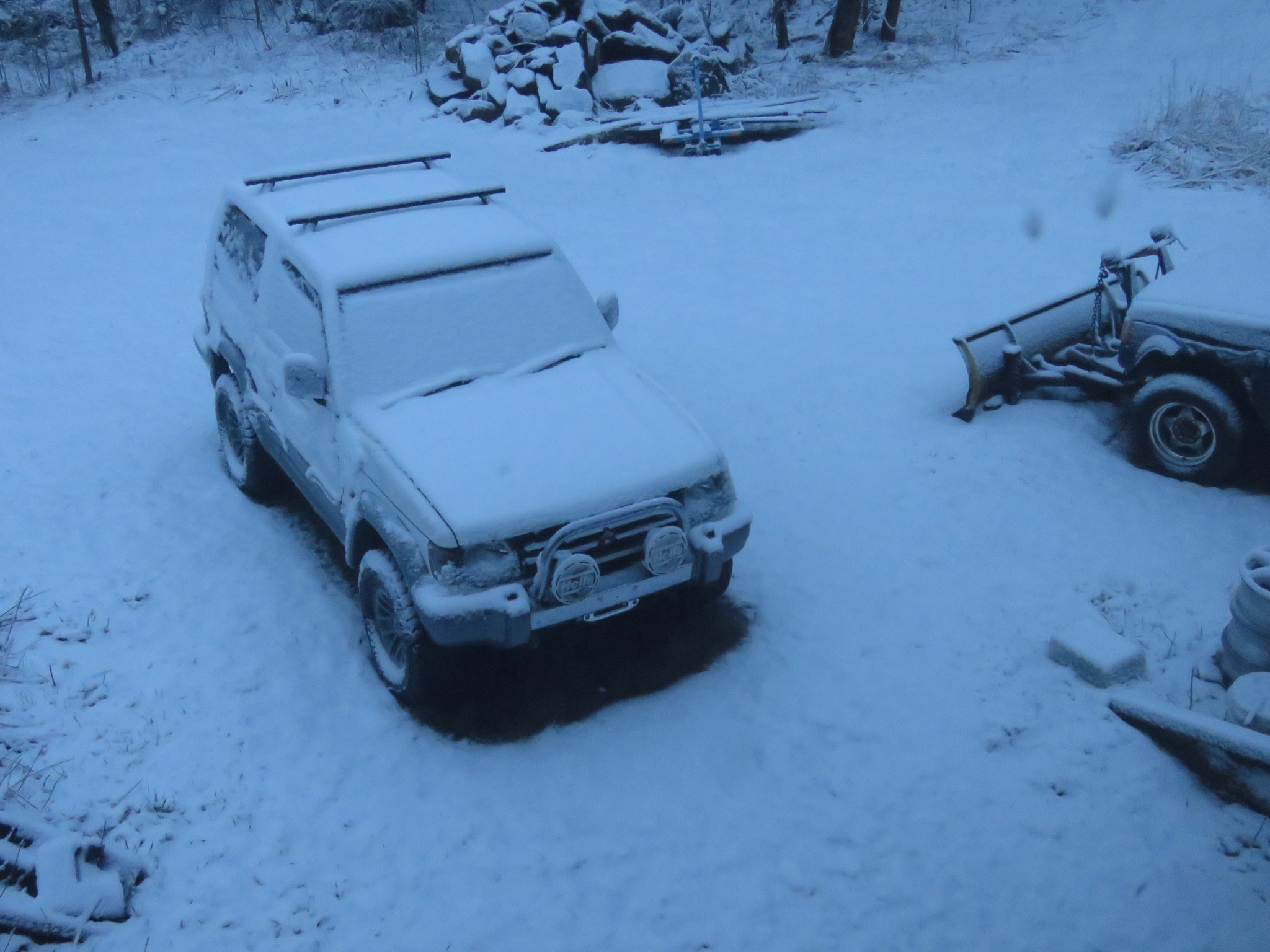 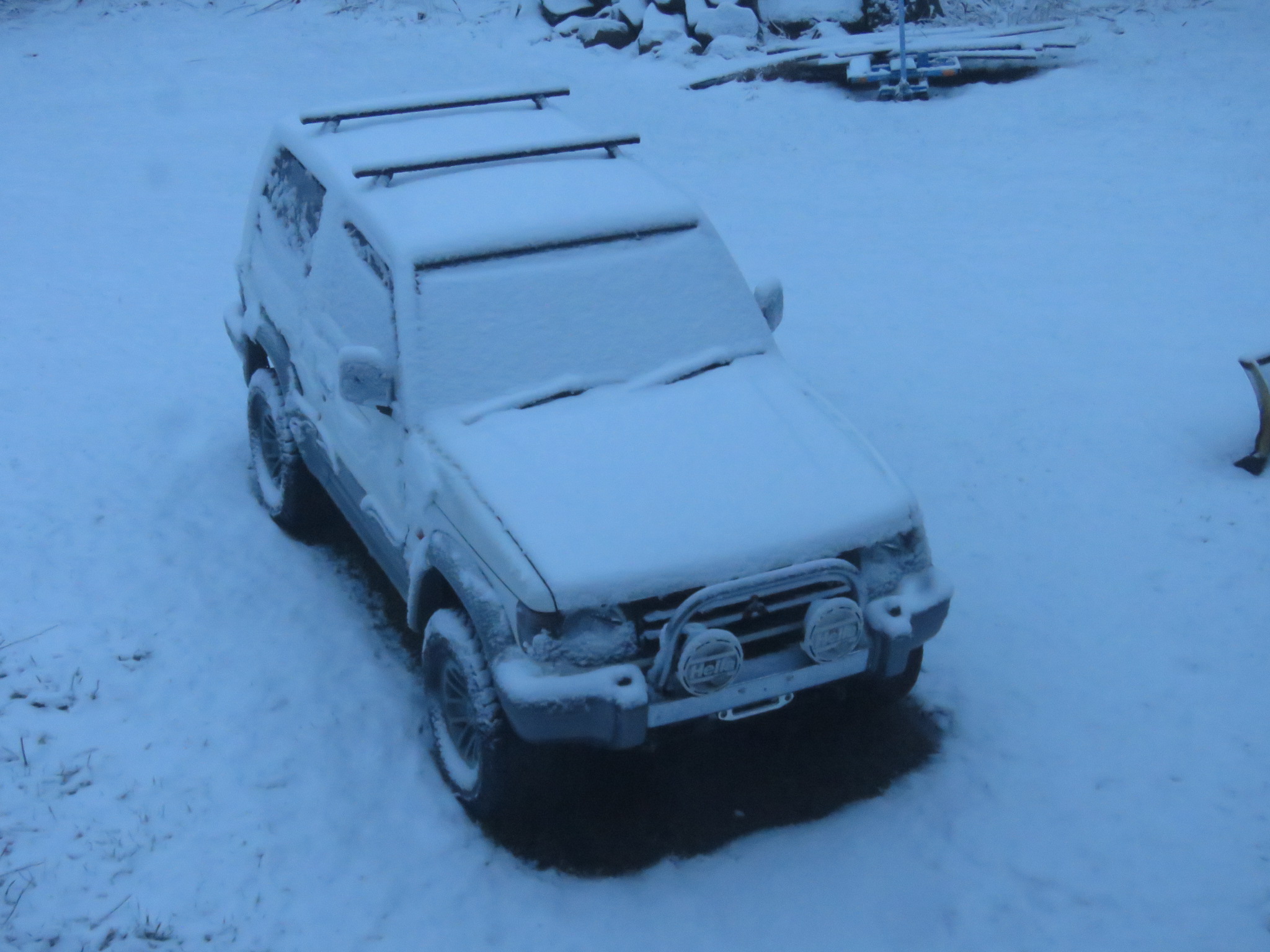 Working on my airplane today so nothing neat will be done here.
S