Mitsubishi to Kill Off the Pajero (Montero)

You guys see this? Killing an icon. What a bummer

The legendary Mitsubishi Pajero is getting the axe as Mitsubishi looks to cut costs. GM is continuing with its EV plans despite coronavirus setbacks. Ford dealers are apparently having issues getting repair parts. The VW ID.3 is getting some love. All that and more in The Morning Shift for July...
jalopnik.com 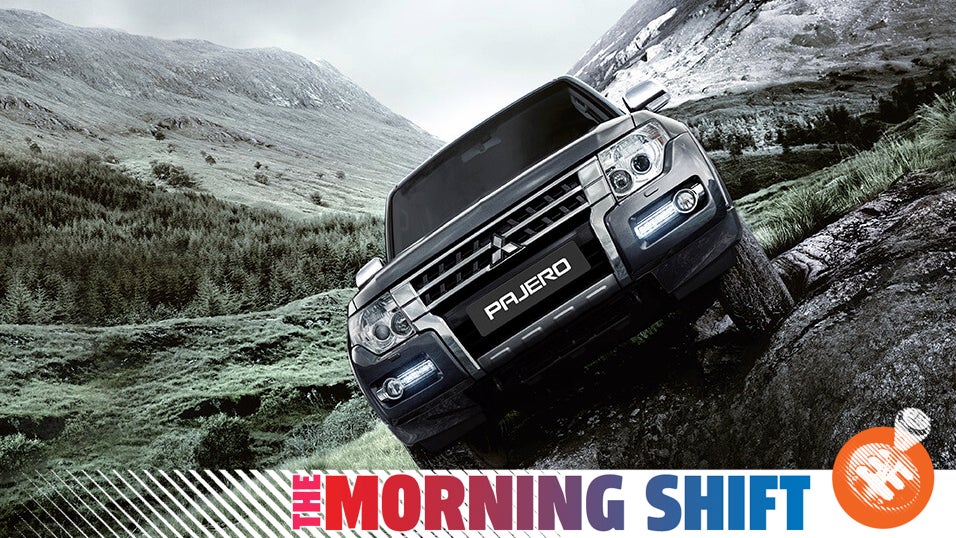 they kill off the Pajero every 6 months or so it's like those permanently-going-out-of-business furniture stores.

This is like reading one of those internet stories where you didn't even know somebody was still alive until you read that they just died.

I thought Mitsubishi killed the Montero in 2008 or so?

I'm kind of surprised they haven't done like Suzuki yet and just pulled out of North America. Not much in their line up and I don't see a whole lot of them on the road.

If you head out to the national parks out west Outlanders are like the official vehicle of Yellowstone and Glacier... they're everywhere. Clearly Mitsubishi is hitting a particular target of road trippers.. but I don't think I've seen a single EclipseCross since moving out of Arizona and not really any Mirages either - and the road trip aspect really does seem to concentrate them I don't see Outlanders around town much.

But their whole "Drive your ambition" thing is kinda bad advice from them, nobody's ambition is to own any of the Mitsubishi products available in North America. That's like the Ford Aspire - whose aspiration is that exactly? Not every car needs to be an object of desire but it's on them to not lie about it either. A better tagline for Mitsubishi would be something like "Focus on the adventure" or something, accurately portraying the vehicle as the appliance it truly is.

No More New Mitsubishis In Europe, Sales To Wind Down

Mitsubishi has a new business plan that could lead to sustainable growth in the future. It involves re-focusing the automaker on Southeast Asia.

Martinjmpr said:
This is like reading one of those internet stories where you didn't even know somebody was still alive until you read that they just died.

I thought Mitsubishi killed the Montero in 2008 or so?
Click to expand...

I think the question is - are they going to replace it with an even better vehicle?

You followed me, so now we're both lost

They are probably leaving the large SUV market completely and only selling the truck overseas. Cars and CUVs are making them more money for less design and development cost.

alanymarce said:
I think the question is - are they going to replace it with an even better vehicle?
Click to expand...

With all that R&D budget they have lying around? LOL I don't think so.
S

Everyone is posturing for the EV market. The transition away from ICE will at some point require a reduction in resources producing and developing ICE to allow for full focus on EV’s. I believe that’s what’s on every auto manufacturers 10 year plan. I call it posturing because it seems like everyone’s talking about killing ICE but few are really fully dumping resources into it. Sort of like talking about going to Mars when everyone knows we will be lucky to sustain a moon program. I believe the EV market today is about like what aviation was in 1910, a lot of potential to get huge but requiring some spark to really get it going. A good analogy to me is that we are on a ship that’s taking on water (ICE), but we are keeping it afloat. We have time to get in the lifeboats (EV’s), but no one wants to abandon the ship until they’re sure they need to.
Last edited: Jul 29, 2020

I am not opposed to technology but unfortunately I received a passing grade in elementary school math classes so that is why I cannot be excited about electric vehicles.

Toyota has saved more gas with hybrids than pure electrics will for decades. Possibly ever.
Last edited: Jul 30, 2020
S

To me it not just about saving gas. I’m more into maintenance meaning brakes and tires....and windshield wipers. No more engine problems, transmission crap.....exhaust work.....this is the game changer most people aren’t thinking much about. 80% of vehicle maintenance needs will disappear. Vehicle ownership will be more like owning an electric drill or a bike.

Adventure Motorcycling Handbook: A Route & Planning Guide
by Chris Scott
From $10.09From CAD$14.34

Yeah I don't have anything against electric vehicles for commuting like the Leaf and i3 and eGolf and Soul and Volt and all that, what they all have in common is tire and wheel assemblies that weigh ~40lb with 7" wide low rolling resistance tires, a cd/a of 0.55 m^2, a GVM of ~4800lb and a tendency to stick only to urban areas and the highways which link them.

So we have to look at what gives, right? All terrain tires aren't getting any lighter, they're not getting any more aerodynamic and if you're going to have a usable approach and departure angle those tires are going to be right in the airstream along with half of your suspension. You're going to be loading up your SUV or truck with all sorts of camping gear or dirt toys, people are going to want to pull trailers because of that pesky "U" in "SUV" ... electric motors are already as efficient as they're going to get - that's not hyperbole, they're way over 90% efficient already you can't really go higher because entropy still exists. The motor controllers are switching devices that are very efficient already under less-than-peak load so they aren't going to really ever get much more efficient because what's holding them back isn't just engineering it's the lack of stable-at-normal-temperature superconductors and the reality that they aren't likely to appear in our lifetimes if ever.

The only thing that can change is storage density but then you have an exponential need for that storage to fail gracefully when it does fail because for example 200kWh is the energy equivalent of 340 pounds of TNT and if that's going to release itself in an uncontrolled fashion you want that to happen slower than it would if actually was TNT.

Additionally you have to look at what happens even if you come up with a battery that stores hundreds of kWh safely so your inherently inefficient SUV on fat squishy tires can still travel a couple hundred miles - what if your product is successful and everyone buys them? How are you going to deliver 60 megawatts of electricity to places like Grand Junction and Moriarty where tens of thousands of people pass through every day and anyone headed up hill will either have a flat battery or need to top up before their climb?

How are rural areas like Roy, MT realistically going to provide charging stations will they get miles of 50kV cable strung from the nearest big city at a cost of millions, possibly tens of millions of dollars? Eminent domain a bunch of farmland to install a solar farm? Or will they just drop in a diesel powered shipping container charging station?

There's a lot to like about electrics, but then there's math.
S

The number of people who actually do serious off roading is so small that I don’t think EV’s would crack that nut for a long time. It will probably remain a niche market long after EV’s are the dominant vehicles on the road. And who cares? There is enough money to be made converting cities & suburbs and cross country inter-city routes to be EV friendly and that will keep us busy for a decade or two no problem. Just like when cars came around, horses didn’t disappear overnight. Heck they are still the chosen method of transport in certain situations. Population density and EV feasibility go hand in hand, no doubt. Not sure what will happen in the most isolated areas of the country. Growth of EV’s will probably make gas more expensive as demand drops, so who knows.......
You must log in or register to reply here.
Share:
Facebook Twitter Reddit Pinterest Tumblr WhatsApp Email Link
Facebook Twitter Youtube Instagram
Top