Was curious to see if anyone is using or has used micromobile devices from Midland and what your thoughts were on it?

To give context I have a HAM license and use it, but was thinking for closer comms and from a licensing perspective, its cheaper and easier than getting a HAM license.

Or you could get an Anytone Pro series that's part 90 accepted and use it for both.
Bridgecom has it listed in their commercial section.

I know I know it is not part 95 accepted but so what. Over half the repeaters are commercial rigs that have been adapted.

If you can get your friends away from CB with them they are spectacular.

If all your friends are ham licensed, I don't see the point.

In all my comms use it's less about what I use and more about what everyone else uses. Only thing you can do is make the suggestions. People get strange ideas when it comes to radios. A ham license is too much work but tuning a horribly mounted 12" long CB antenna and wondering why your radio doesn't work every other trip is easier.

I see GMRS as a kind of middle ground I have a chance in hell of talking people into. It's ham like in quality and equipment, but they don't have to take a test. It's compatible with FRS for when you are in a close convoy and some folks just have bubble pack handhelds.

Midland units are good. I have several. Only one has had issues and Midland fixed me up.
F

Hillbilly Heaven said:
Or you could get an Anytone Pro series that's part 90 accepted and use it for both.
Bridgecom has it listed in their commercial section.

I know I know it is not part 95 accepted but so what. Over half the repeaters are commercial rigs that have been adapted.
Click to expand...

Cool, Ill check those out.

I was thinking about this as an option for some who don't want to or aren't interested in getting a HAM license and want a more powerful option than an FRS radio from Walmart. Plus my when my family goes camping, this would be good to keep comms with my wife if we go do separate things without it being technical, not her thing.

Here is the mobile radio. Its's not as cheap as Midland but will do DMR and Analog on 2M and 70cm plus GMRS and FRs frequencies.
I like it because I don't have to have a bunch of different radios. This is the matching HT.

Everyone is looking for their go to radio. We have just the thing! The Anytone AT-D878UV PLUS with bluetooth. It's dual band & dual mode. It will handle calls from digital DMR & analog in the VHF (2m) & UHF (70cm) bands, it has 3100mAh battery, GPS and programming cable. It's perfect for...

Rugged Radios has also entered the GMRS market including a waterproof version.

I just bought a midland 5 watt gmrs from Northridge4x4 for $90 includes mount and antenna. Two other buddies bought them too. figured for offroading and caravanning will be much nicer.
R

Which of the Chinese radio are they marking up for their GMRS offering?

Sorry for the snarky comments, but these guys have a pretty shady reputation around here.
R

After 5 minutes of research - the Rugged Radios 25W GMRS radio ($250 + shipping) is actually just this: 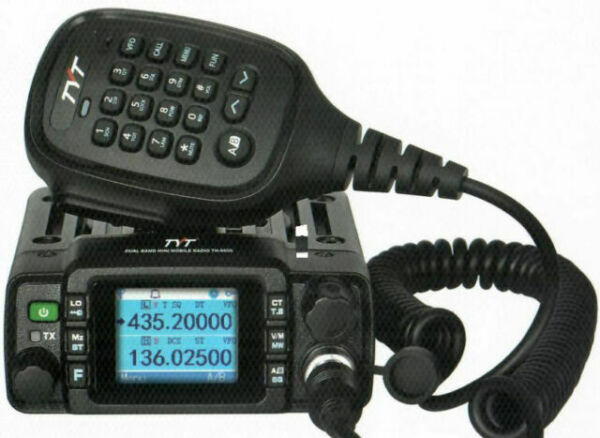 Find many great new & used options and get the best deals for TYT TH-8600 25W Dual Band Mobile Radio at the best online prices at eBay! Free shipping for many products!
www.ebay.com
$125 including shipping.

Besides being super shady to mark up a Cheap Chinese radio by 100%, is this even legal?

I use the midland GMRS in our farm equipment as well as my friends and I using them in our 4x4’s. I have installed many of them and have extensive experience w CB also. I’m not a Ham so can’t offer any perspective that way. I have come to be a big fan of the midland units. They are all good. We tend to use the 15 watt versions on the farm side and have plenty of range. They are dead simple to install. There are cheaper alternatives, yes but you can’t beat the midland stuff for simple installs and ease of use. Everything you buy from them is compatible w everything else and doesn’t require swr adjustments, etc. I haven’t found anything as plug and play as their stuff. As for range they get me as far out as I need to be. There is no reason to use CB in a world where micro mobiles exist. I’m sure Ham is better but it’s hard to get everyone to take the test and put together a rig. I don’t need the extra range so Ham isn’t worth it to me. Your needs maybe different though.
Q

I have multiple cb’s, a midland and several of these

Rando said:
Which of the Chinese radio are they marking up for their GMRS offering?

Sorry for the snarky comments, but these guys have a pretty shady reputation around here.
Click to expand...

Are you implying that they do not have a shady reputation somewhere?


Sent by electrons or some crap like that.
S

Find many great new & used options and get the best deals for TYT TH-8600 25W Dual Band Mobile Radio at the best online prices at eBay! Free shipping for many products!
www.ebay.com
$125 including shipping.

Besides being super shady to mark up a Cheap Chinese radio by 100%, is this even legal?
Click to expand...

I think of it more as dodgy.

So we have been using the Midland MicroMobile MXT400 for about a year now.

Several thoughts on this, but first, full disclosure Midland USA is a gear sponsor of ours.

Having said that, we’ve been using the MXT400s daily in both vehicles to communicate back and forth.

The MXT400s have been great. Clear communication and no issues whatsoever as far as function.

The great benefit to these units is the extended range of the 40W radios. When we are boondocking our RV in an area with no cell coverage and one of us takes the Jeep out for a run or into town, it has been solid to remain in communication with our basecamp. Pretty nice to be able to communicate 14 miles away when someone in your party needs something.

On the highway we are able to have our Jeep take off miles ahead and scout out locations for the RV and radio back clear comms.

But as the other members have said, the unit only has the full benefits if others in your caravan are also using them.

Otherwise even when talking with others on GMRS, you are limited by the range of their units. For typical off road comms on a trail run though, a handheld unit like the GXT1000 is just fine.

Bottom line if multiple people in your group aren’t using the MicroMobile you’ll be limited in your range of comms by those who don’t have them.

Also for what it is worth the furthest distance I’ve tested the units out on public lands with little obstruction has been 20 miles. In a major city with a lot of obstruction I’ve gotten coverage as far as about 6 miles. Hope that helps.