Looking for input from the Nissan snorkel club

Was it worth it? Would you do it again? Does it afford one the ability to crush his enemies, see them driven before you, and hear the lamentations of their women?

I've been on the fence for a while, debating whether it's truly the best way to drop $400. It's wet in western Washington (who knew?!) While I actively attempt to avoid deep water, I know it can and will happen whether I want it to or not. Also, if this summer is going to be anything like last summer, it's going to be dusty in the Cascades. I'm not going to lie, I like the aesthetics of a snorkel, but I also like investing in practical tools/accessories.

So please, ExPo Nissan community.....reaffirm my confirmation bias and convince me to get a snorkel.

Come on... Drink the Kool-Aid. :sombrero:

Seriously though, I never regret my snorkel and would do it again in a heartbeat. I installed a new filter when the snorkel went on, and I've yet to need a replacement filter. Mine still looks pretty new, and it's got a few thousand miles of dirt on it. Remember the Upper Mill Creek run we did at NWOR? And all that damnable dust? I'm still on the same filter. These snorkel heads are even better for dust: http://www.amazon.com/gp/aw/d/B0081...orkel+head&dpPl=1&dpID=41S2OH7A9vL&ref=plSrch

Mine has helped me in the water too. It's more about keeping out the muck and moisture that would have been kicked inside the inner fender and pulled into the intake than the intake itself aspirating water.

I've had a few close calls from not having one. I picked one up 2 summers ago finally. You could do the homemade/PVC route. There's also the eBay fiberglass knockoffs. That's what I got. Being in Canada, the cost shoots up dramatically from the exchange and shipping across a border, and who knows what brokerage fees and taxes would of been added. A new "proper" snorkel could cost about, if not over, $700 for me.

Look for Nissan D40 snorkels I think, but I'd check on the gen2 Xterra forums to get their experiences on snorkel options.

This. No other argument

Really, though. I'm planning on putting one on my upcoming R51 Pathfinder for the same reasons. The cold air and added insurance for the unlikely water crossings is enough reason for me.

Plus, wouldn't you rather have it and not need it than need it and not have it?

My snorkel for sure helped me learn "what is good in life".

I haven't really gotten to put it to use yet but knowing I have that capability is at least a comfort.

Also, it does keep rain water and snow fall out much better than I thought it would. Every time I've opened the box it has been bone dry.

The looks it gets you though...especially in a part of the country that a snorkel is pretty uncommon...are totally worth it.

Great points from all.

I agree that it is one of those "rather have and not need items", much like bear spray or an ejection seat in a fighter jet.

I defitely dig how they look (certainly looks great on your X 07BlackSpecV). I do wish there were more options for the 2nd gen than the Airflow. I have no major qualms with the Airflow, but competition would breed lower prices and innovative designs. At this point, I'm almost certainly going to get one. However, I still need to get my rear bumper painted and mounted up 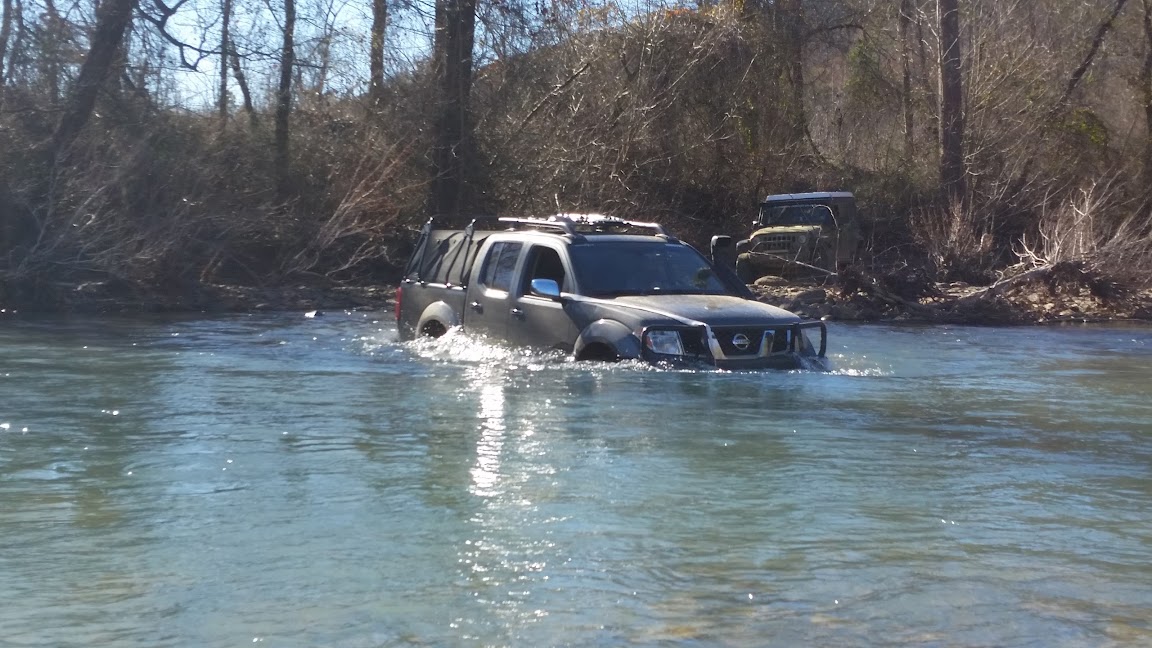 Pretty much don't regret putting one on my truck. I couldn't see shelling out $400 for one though, got mine from Australian ebay for less than half of that. It's rotomolded LLDPE (not fiberglass) and is holding up great.
Last edited: Mar 15, 2016

07BlackSpecV said:
The looks it gets you though...especially in a part of the country that a snorkel is pretty uncommon...are totally worth it.
Click to expand...

Definitely. I didn't comprehend this aspect of it when I got mine, I didn't get it for flash, I mean I thought it looked cool, but I liked that it would keep the dust intake down, and wanted insurance for if a creek crossing was a shave deeper than I thought. I kinda scared myself a little in Arkansas one time, drove off in a clear creek I thought would barely wet the tires and then realized it was up at the bottom of my doors. That wasn't dangerous in itself, but the thought that I misjudged it by that much was concerning to me.

Every road trip is amusing now. I swear the snorkel has nearly caused accidents. It's a real conversation starter, I'm usually approached about it at least once every time I take a significant trip and stop for gas, or to eat, I'll get a curious onlooker wanting to know what it is, or someone who knows what it is comes up for a closer look. It's hilarious to watch people around it, when I stop to eat I try to park so I can see the truck from my table, and it's like a car show, people stop, walk around it, peer in the windows (not the thievery kind of lookers just curious) as a package it got looks, but throw the snorkel on there and it grabs attention.

Now one drawback I see is it did not attract women quite in the manner some said it would...so far they have all been elderly and wanting to know what in the hell that thing is on my truck.

Just get it. It will be fun. :snorkel:

I don't have one. I have for a long time thought they're ridiculous (mall crawlers) I live in Texas and can't imagine a "water crossing" scenario where one would be needed. I then started reading about all the other benefits of having one none of which were water crossing related. I don't think I'll get one anytime soon mostly due to my contempt of them prior to investigation (I'm hard headed) my point is they're useful even when not "fording" rivers.

I'm not a gen2, but for mine, I decided to go the subtle route and did the Terrano II/Pathfinder snorkel, and painted it to color match the truck. It doesn't draw too much attention, but at the same time, for those who do notice it, ask what it is, and thinks it's factory. My advice: Go with the snorkel--- guaranteed you'll get the girl every time~!
D

Any cheap recommendations with a link for a 2001 Nissan Pathfinder R50 plz? Something cheap and not the 400U$ on 4x4parts

Sent from my XT1033 using Tapatalk

It's definitely the most attention grabbing part of my truck.
J

Well it seems that the general consensus is that people love them/they're attention grabbers/they're functional in more than one aspect/they will get me chicks. I'm not sure how my wife will feel about that last one, but I'm definitely putting it on the list.

I'd have to agree, one of my favorite things about having a snorkel on my truck is the attention it gets. It routinely turns heads and makes people gawk. People often ask me about it when I'm at lights with my windows rolled down. You could even argue it's a bit of a hazard, because my snorkel distracts other drivers more than their text messages do.