LivinAnAdvntr said:
Ok cool, is it blank inside or any specific way to keep rods from sliding back and forth?

Ever head to Va?

I use a piece of round foam to prevent them from sliding, without the foam I have not noticed any damage to the rods. I just got back from fishing Lake Michigan, I didn’t use any foam tube and the rods were not damaged. I have never been to the east coast and doubt I’ll make it out soon, I venture to Indiana that’s about as far East. I usually venture north but occasionally go south or west.

ARE rod pod is very similar to my set up, I think they are around $500.

How to you strap your tire down on your yakama rack? Using ratchet straps? Nice truck, looks great with the rack.

Regcabguy said:
Nice shots and truck.
Are your AEV's black or Onyx?
Thank you.
Click to expand...

Are you asking me that? If so they are onyx

Explorerinil said:
Are you asking me that? If so they are onyx
Click to expand...

This is about as cheap as it gets.

F150 with a custom popup camper (originally '82 FWC Fleet) outside Marble, CO on the infamous Schofield Pass Road. This road isn't ultimately that hard, you just have to be 100% present of mind while driving it.

Aired down and rear locker, the truck walked right up the narrow track without any trouble. The crux of the route (not pictured) for this trip was near the top: a large rock in the road that I couldn't steer around without getting uncomfortably tipped. It climbed up and over it easily, but revealed a need for rock sliders, a little bigger tire (these were 32x9.5 at 20psi), or more rock stacking. At least the cab is rotted where it was crunched! It would have made for a cool picture coming over the top of the rock but being alone the only photos were taken when it felt safe to exit the truck, and not impede other traffic.

This truck and I once rescued a 1-ton CCLB dually with a large slide in camper through the crux of this road (I think the road has changed since then, the ledge I recall hanging up that truck was not there for my recent trip). They had destroyed the rear driveline, smashed a corner of the camper, and shredded a rear tire during the ascent, so they were down to five tires and front wheel drive, with highway tread nonetheless. I backed down from the top to assist, but never drove completely through. That was a long time ago (11 years almost to the day), and so driving it has been in my head for some time. To add to it being in my head, a friend was in a Jeep driving through here that ended up on its roof in the Crystal River: everyone walked away but were quite rattled. The Jeep was a total loss. I finally felt experienced enough & well enough equipped to go for it. I found it a little funny that it was with a truck camper, but that goes to show that the road isn't too crazy, just be very careful!

Pictures from this week. Just wrapped up a 9200 mile trip from California to Tuktoyaktuk and back. 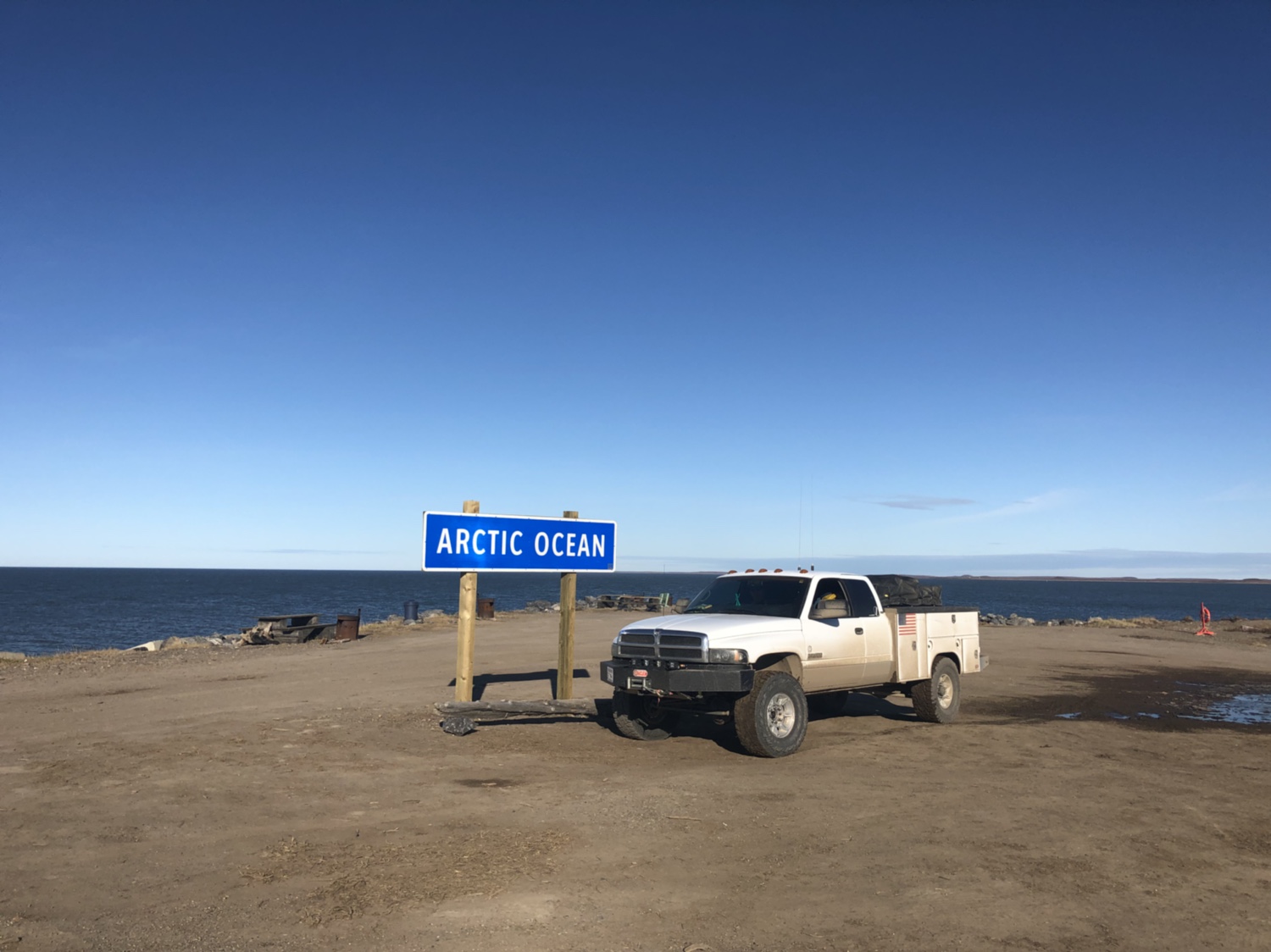 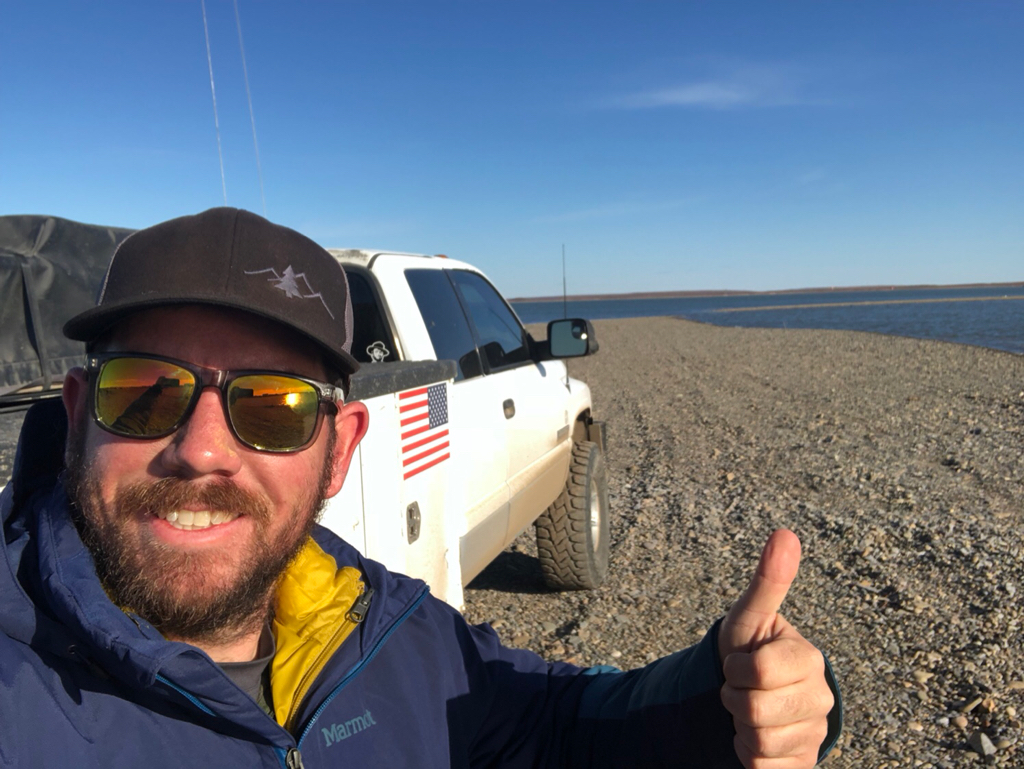 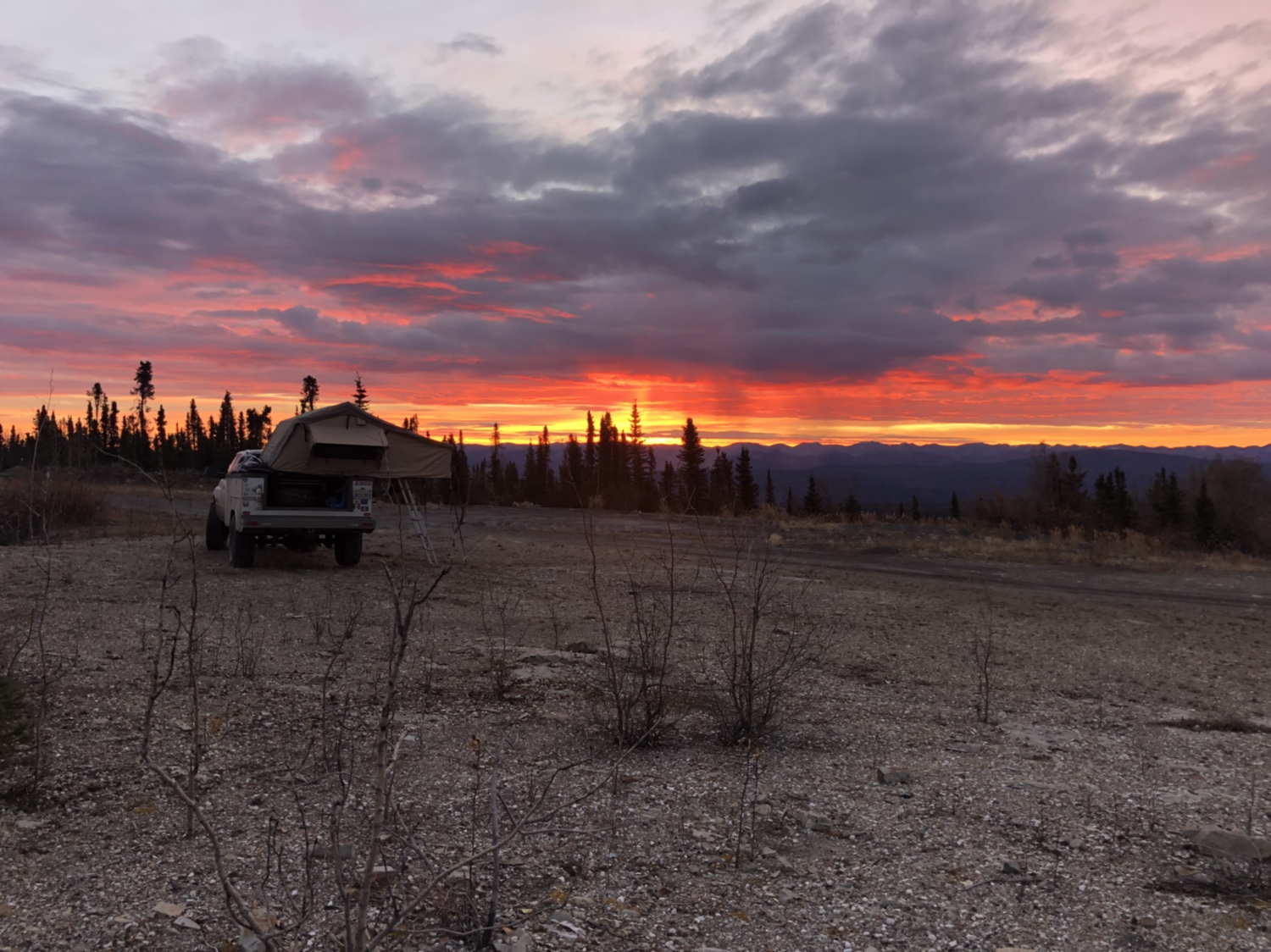 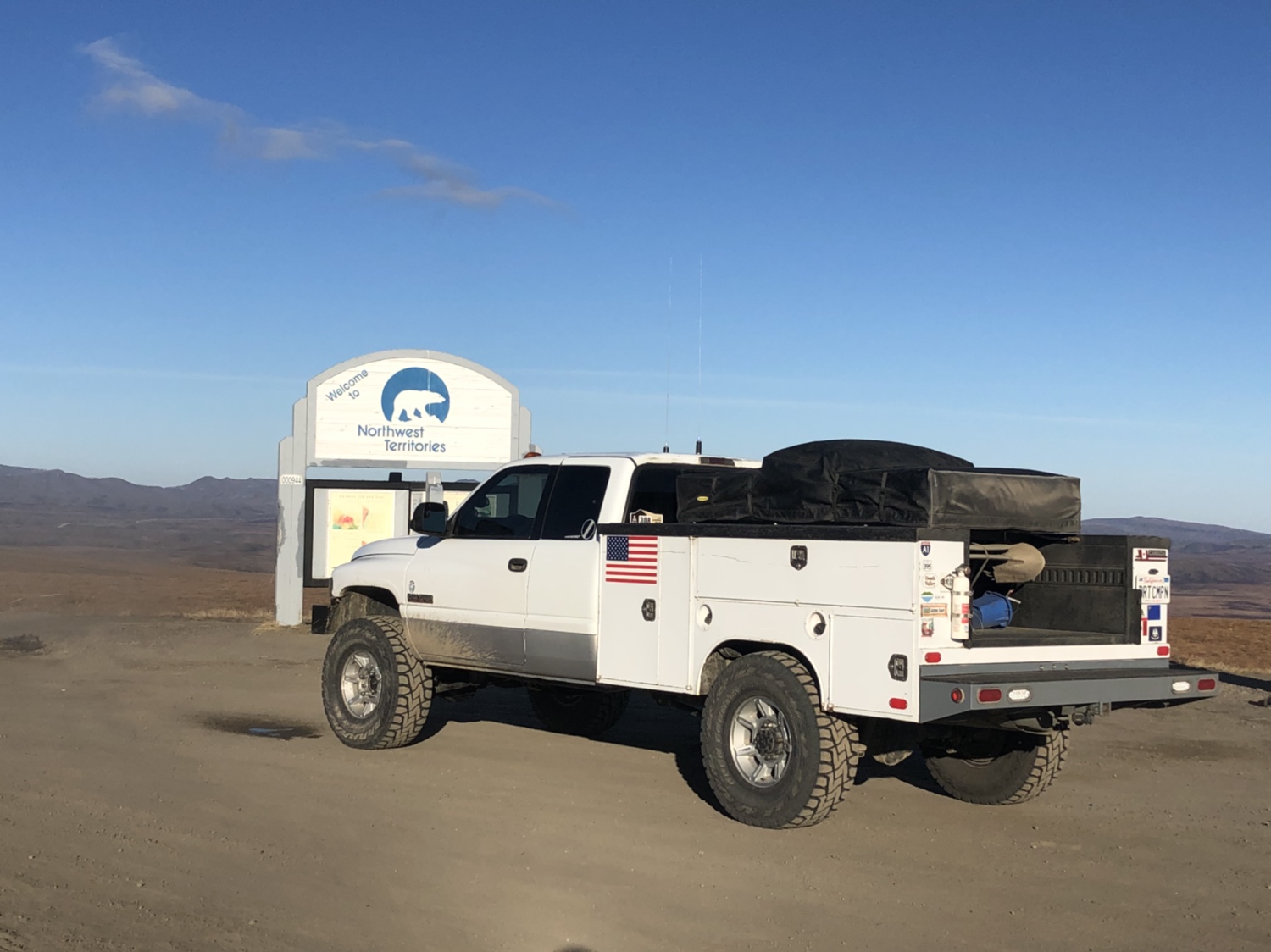 Awsome pics, the Artic ocean is on my short list.

First post.
The rig.
Had to take a Road Trip.

On the Alpine Loop out of Silverton and back. Cinnamon and Engineers Passes.

Met some mountain bikers. She offered to take my picture. I did not return the favor...my bad.

Love the build. Working on mine... soon hopefully.

What is that camper top for? It looks like it fits that 105 pretty well

Yolanda is all wrapped in her blue party dress and got her final lift on..2in front..4in back..fox 2.0 and progressive front coils..f350 rear leaf pack with eyes cut off added to factory van main leaf..

Rides amazing!! Next is tires on my retro fresh painted rims.. 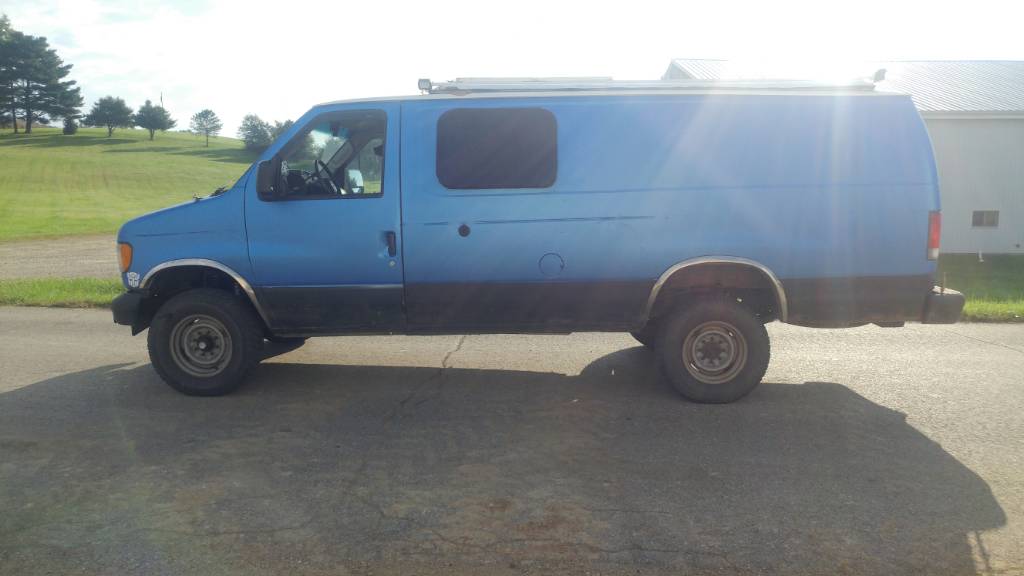 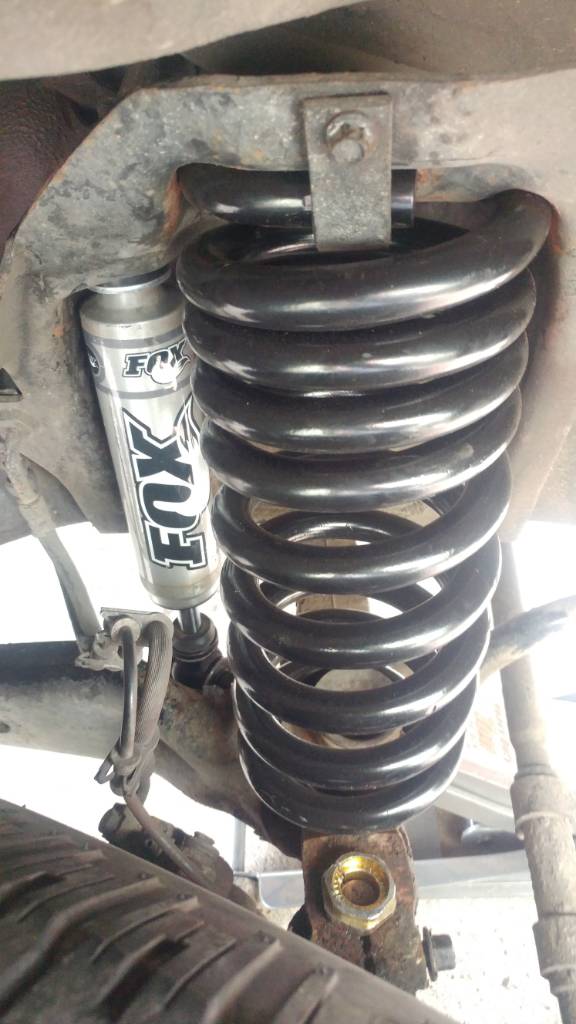 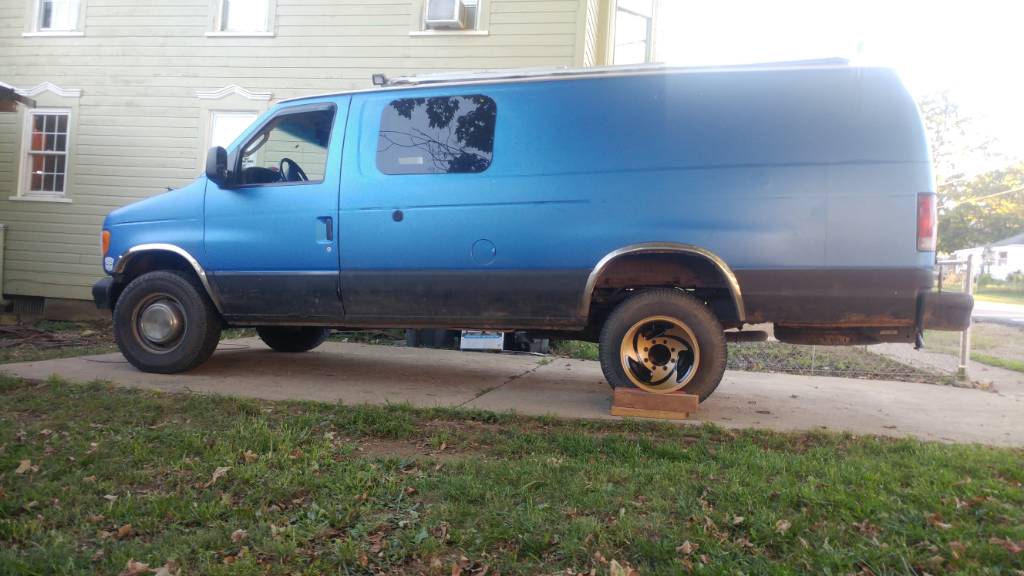