Just Playing around with the G today

This the first time I have had the G off road other than gravel roads since I got it. So I was just getting to know her a bit better.

Looks like you were having fun! Aren't they great cars?

Ronin, could you please shoot a picture of you engine and post it for us?
Thanks in advance.

michaelgroves said:
Looks like you were having fun! Aren't they great cars?

So far I love it. Of course it lacks power by todays standard but I'm not in a hurry to get anywhere, I try to enjoy the scenery even on the way to work.

My G is a 1990 300 GD and is from the W460 generation, 1990 was the last year of production for the W460. It has been updated to look more like a W463 with the painted headlight surrounds, painted fender flares and the hard tire cover on the spare.

I have only used one tank of fuel so far and it a lot of it was at idle while I worked on it to get it to my standard. So I don't have accurate fuel economy numbers yet. I will be installing a WVO kit in it shortly. I just want to drive it for a month or so to work out any bugs before introducing a new system.

Jauquim Sauve
I will snap a pic of the engine soon and post it for you.

Joaquin Suave said:
Ronin, could you please shoot a picture of you engine and post it for us?
Thanks in advance.
Click to expand...

gravel roads can get real interesting sometimes.......glad you enjoy your G-wagen. 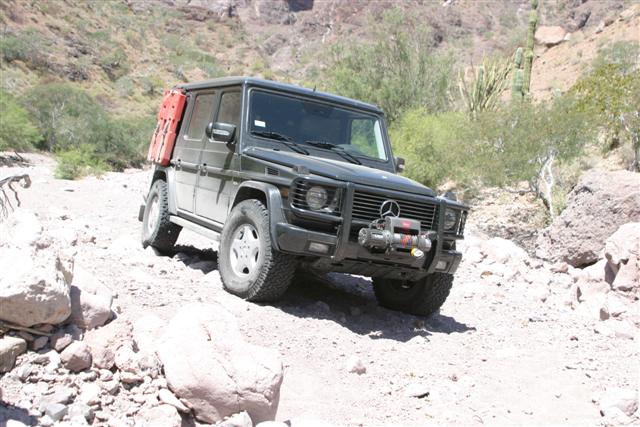 just checked out your website, great stuff and nice photos - I recognized a few places...... 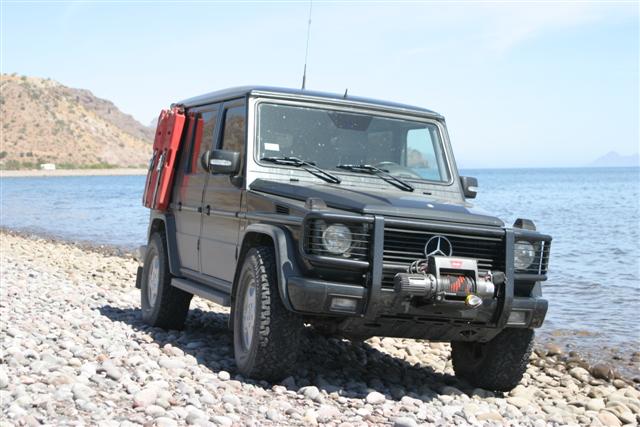 Joaquin Suave said:
Ronin, could you please shoot a picture of you engine and post it for us?
Thanks in advance.
Click to expand...

From one rocket owner to another:sombrero::sombrero:

Is that AC hoses i see, there besides the air filter box??

Yes, an aftermarket AC was added. The work done inside the engine bay was quality but on the dash a cheap crappy switch with the hand labeled sticker thats says `AC` on it is another story.

Thanks for the picture Ronin. I wanted to see if your 2.9l motor was the same as mine. They are not. It looks like you have a 3.0L "iron head".

Thanks for the compliments on my site Fernweh. As far as Baja goes...I feel its best to not mention locations.

Hey Ronin! Have yet to see the new ride rollin through Squampton! I will have to run up to Ravens to have a drive-by. I sold my Tundra as I had to get a bigger truck for towing (see pic). Where did you source your G? Japan or europe?

I can't see any pictures of your truck, what did you end up getting?

I got my G from Japan, low km and no rust. It was a German market G that was imported into Japan and now to here. Yeah drive by and check it out anytime.

You probably won't be able to see my truck... it has "Squampton camo". ( It is a white 92 F350 crew with 35s on it... uber clean though, bought it in calif). I will cruise past and check out the G for sure. I am looking for a new ride as I just sold my turbo 745ti auto cross project car last night!!! I may hold off on buying though as we are planning a year or so trip around the southwest of states and mex. That being said, my brother is back in Germany for a while and I might get him to start looking at Gs and diesel Defenders...

I just looked at my last post and saw that the pic didn't attach... I guess it wasn't the squamoflage...

Neat truck man. It's so neat how unassuming and UNcapable they look in bone stock trim yet they're SFA'd and dual locked... Such neat trucks for sure. Glad to see you're having fun in yours.