Way late on an update, so again, this will be the shortened version.

New Mexico at the SETI site. Notice the angle of the mudflaps; there was some serious wind and of course we were driving into it...

Spent some time in Sedona

Then it was time to drive to the bottom of the Grand Canyon. 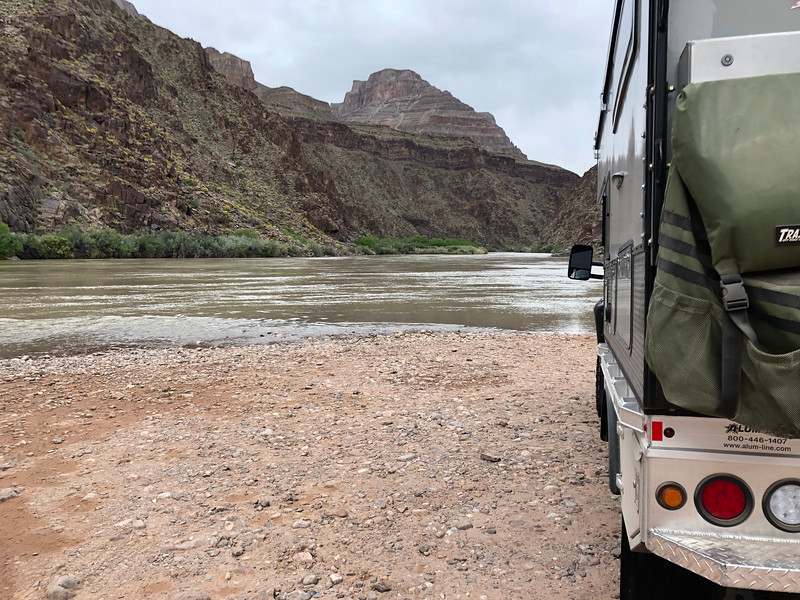 I went to fill up my tires after reaching the top and had a failure of my OBA system. My in-laws were going to meet us in Williams, so we headed into Flagstaff to take care of a few things and to see if I could figure out my York problem. 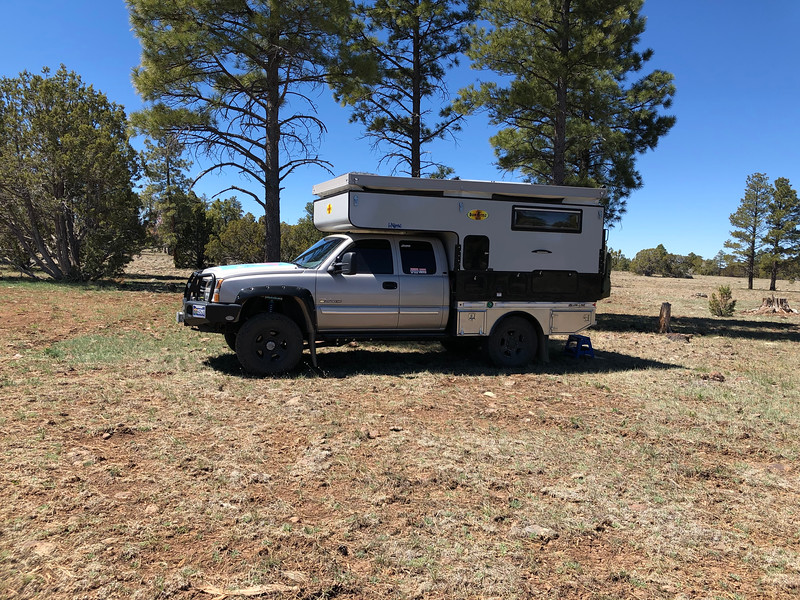 I figured out that I was going to have to do some work on the York and get some parts ordered. But we did the Grand Canyon part first. After the GC, we headed back to Phoenix and to Ozrocket's house where I had some parts delivered. We attempted to fix the York, but ended up having a system problem (that took a while to figure out). Plus last year while checking the fluid in the T-case, I noticed that it had what appeared to be water mixed into the oil. I drained and refilled it about 4 times and everything seemed to be fine. Approximately 15k miles later while in Mexico, I started to notice a clunk in the driveline when starting and stopping. I thought maybe I was losing a u-joint as they were original with 175k miles on them. Stopped by a shop that Oz recommended and he checked everything a gave the driveshaft a clean bill of health, but said the T-case had some problems. I ordered a new t-case as the local places were going to have to order parts and I figured for roughly the same amount of money, I could have a new one. Ozrocket and his wife were outstanding hosts and I can't say enough about their hospitality. However, it was 105 degrees during the day and I realized that with the SAS, getting the t-case out may not be that easy. We decided to return to Nevada where it was much cooler and I could borrow a friend's shop to do the t-case R&R and figure out the OBA problem.

It was a good thing I was doing it in a shop versus in the dirt as the combination of my large fuel tank and SAS belly pan prevents me from being able to remove the t-case. So I had to drop the belly pan to get it out. I also got the OBA system worked out and everything was good to go. Due to the delays, we were now getting into the hot part of summer and did not want to head into MX during the heat of summer plus we wanted to confirm that everything was working as it should.

When we left Mexico, we didn't cancel our Visas or our TIP as we thought we would be heading straight back. We attempted to cancel everything online, but that turned out to be impossible, so we made plans to drive back down to Tijuana to do all of the paperwork. 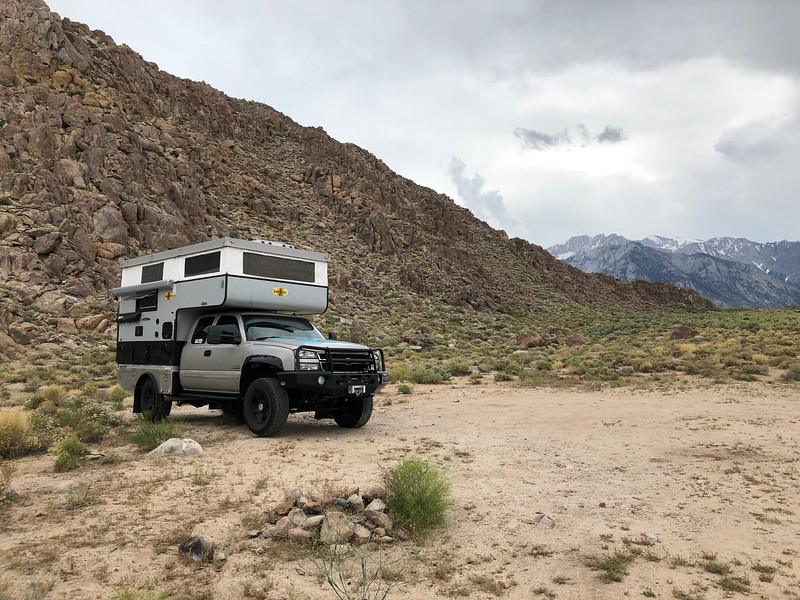 We got everything taken care of and had made plans to meet some friends in Oregon. We had time to kill before meeting them, so we took the slow drive north.
Stayed with some friends in La Conchita. Gotta love June on the coast. 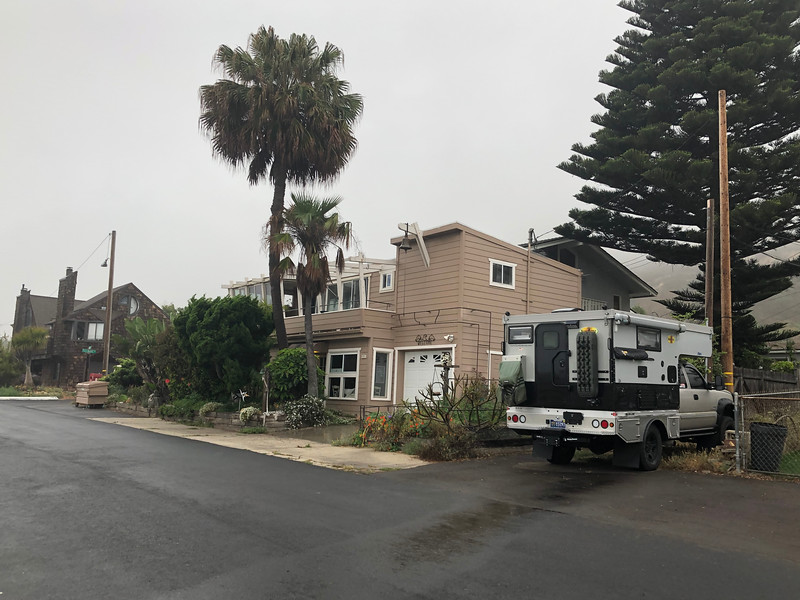 Pismo was next. We aired down and had no problems on the sand. 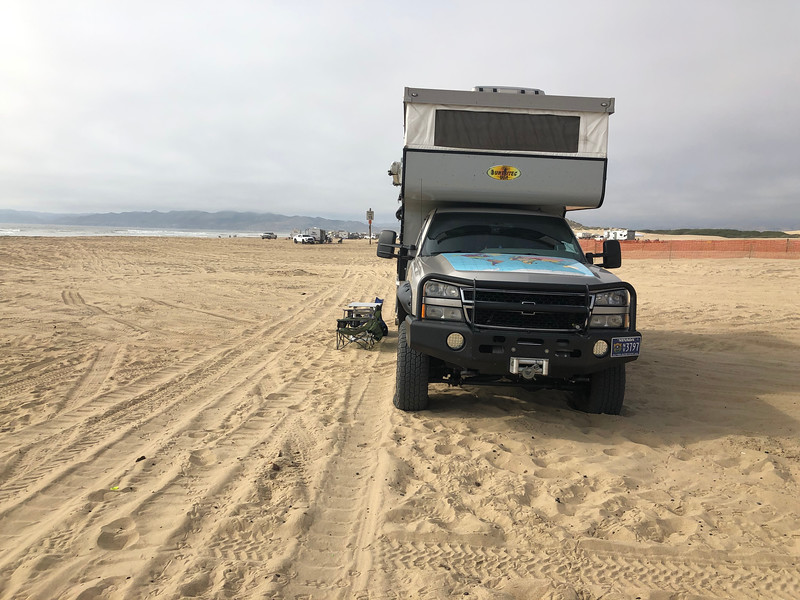 Central California up in the mountains. 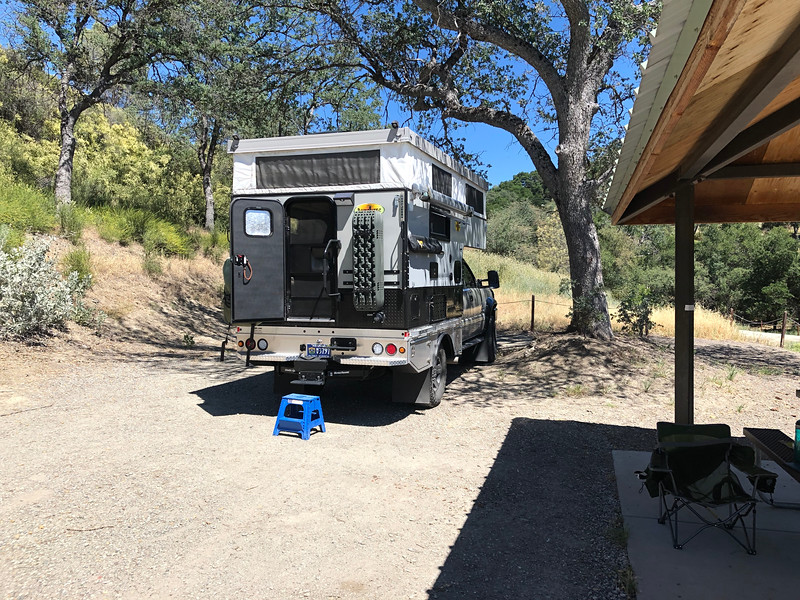 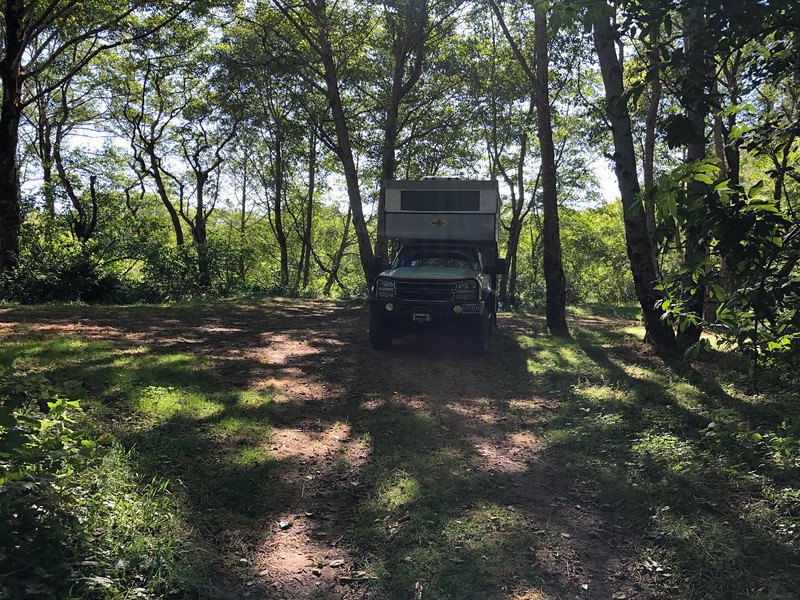 Driving out at 9 am: 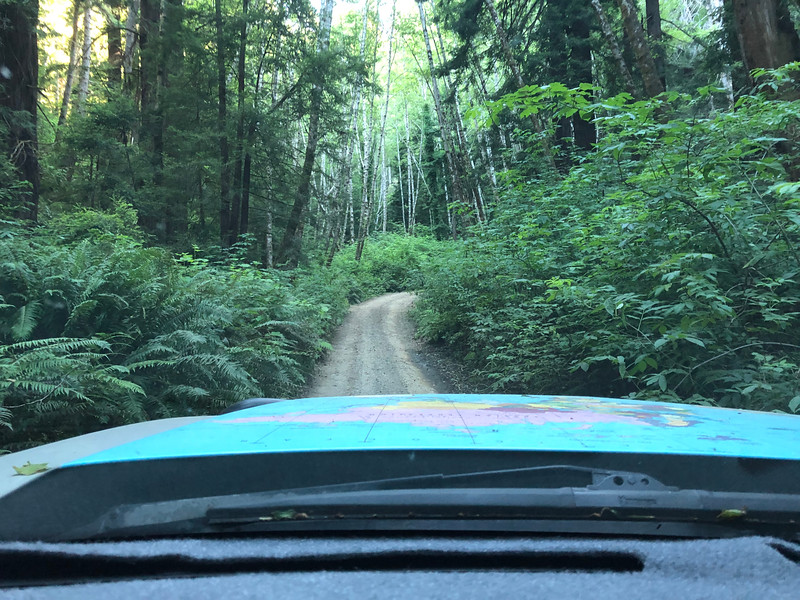 Got tight a few times, but only had to trim one tree that had fallen across the road.

Made it up to Oregon and met up with our friends and enjoyed some Oregon coast. Of course it was a little cooler. 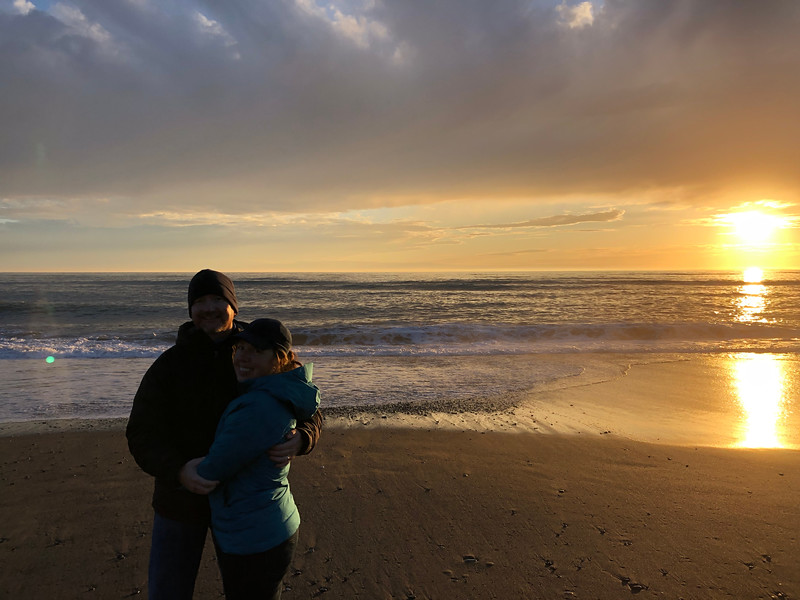 We did the jetboat ride up the Rogue river and I have to say it was totally worth it. After leaving our friends we continued north/northeast. I have a Zamp solar system on my camper and it showed signs on no longer producing power. At first, I thought it was because we had been in the trees and in cloud cover, but after sitting in the sun on one of our days, it wasn't showing any input. It just so happens that Zamp is in Bend, OR, so we headed that way. They were excellent to work with and we spent some time in the Bend area. There was apparently a short run of panels that were sent out with undersized fuses and both fuses had blown. We replaced them with the correct sizes and everything was good to go. We were told of a hidden spot east of Bend to camp at and so we headed that way. It was fantastic and there was no one around. 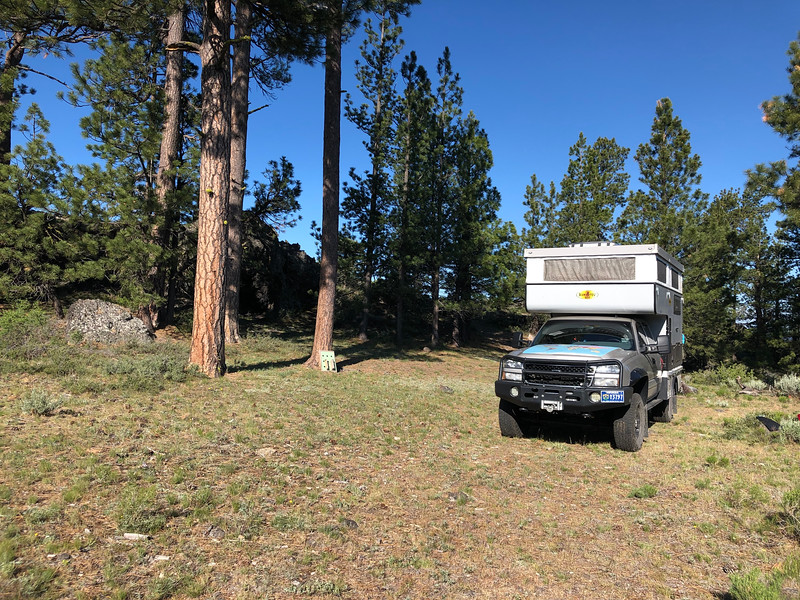 From there we just started meandering back westward toward the coast again.

Back into the trees and rivers.

Up to Cape Disapointment.

Its not an Adventure until something goes wrong,

Glad you are still enjoying the drive. Thank you for sharing, would you be able to share the road that led to the bottom of the grand canyon?

Thank you. I had more, but I lost an entire post earlier. I'll get more added later.


Pacific Northwest yetti said:
Its not an Adventure until something goes wrong,

Glad you are still enjoying the drive. Thank you for sharing, would you be able to share the road that led to the bottom of the grand canyon?
Click to expand...

In that case, it's been a hell of an adventure.

We are. It is the Diamond Creek Road, which is on the reservation and costs a few bucks for your permit. 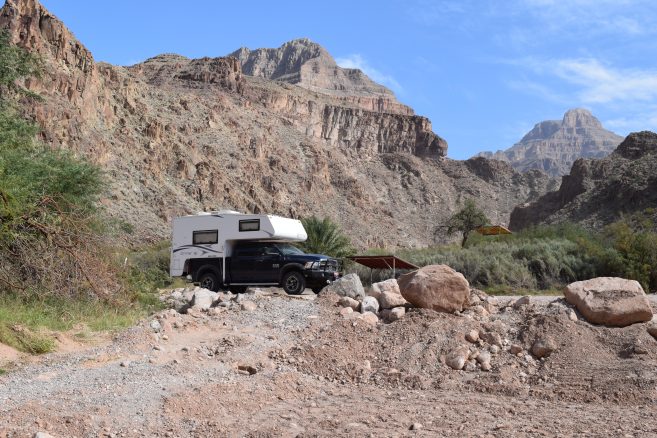 It would be boring otherwise, and keeps us having to figure stuff out. Keeping us sharp.....at least that is what I prefer to think. haha


Thank you for the link, a good one! Added to my list now.

Pacific Northwest yetti said:
It would be boring otherwise, and keeps us having to figure stuff out. Keeping us sharp.....at least that is what I prefer to think. haha

Our major frustration has been that we have never had any real problems on any of our rigs through any of our other travels and it seems as if we've used all of our good luck. I think everything is good at this point, but we will see.

You are welcome and it's a good trip down.

From Cape Disappointment, we headed northeast across Washington. We made our way up to Hwy 20. If you haven't been on that road, put it on your list as the scenery never ends.
Great spot, but the mosquitos were voracious.

Did a little hiking in the area. 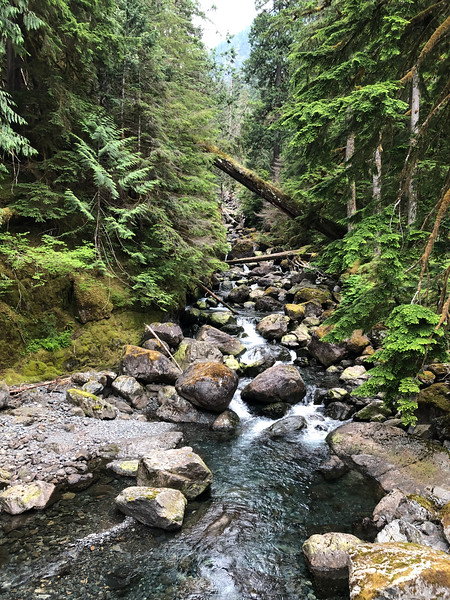 Our next camping spot 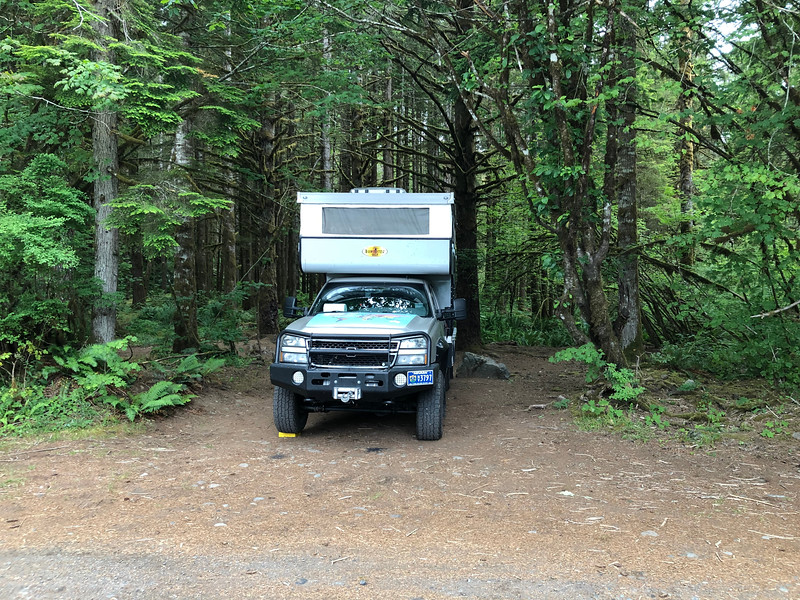 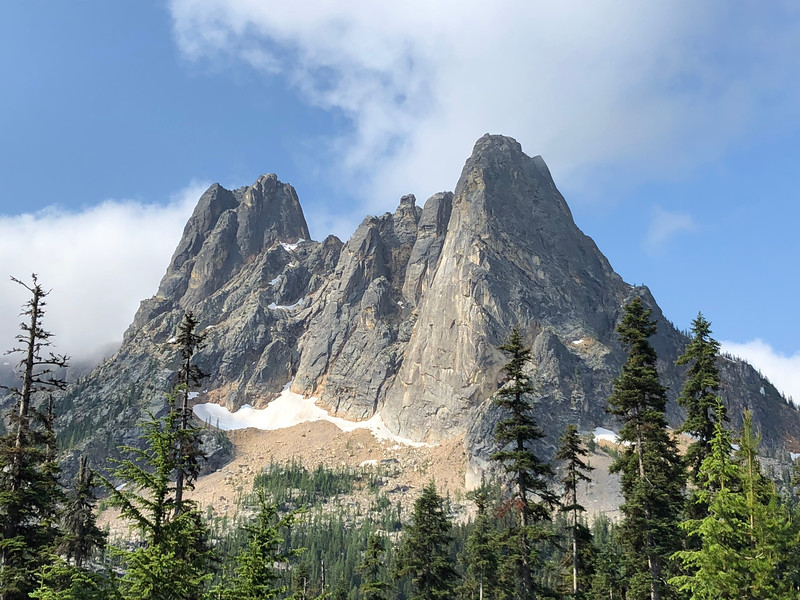 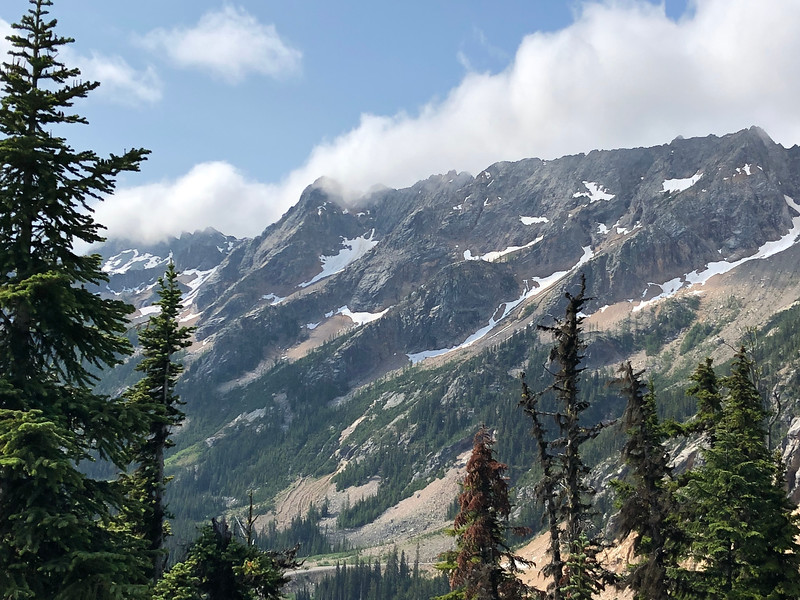 keep it coming. Some of us need to live vicariously until we can claim the open road again.

Looking for our next camping spot.

We felt like we had been on the pavement for too long, so it was time to find some dirt. I found a dirt road in the far northeast corner of Washington that crossed into Idaho. 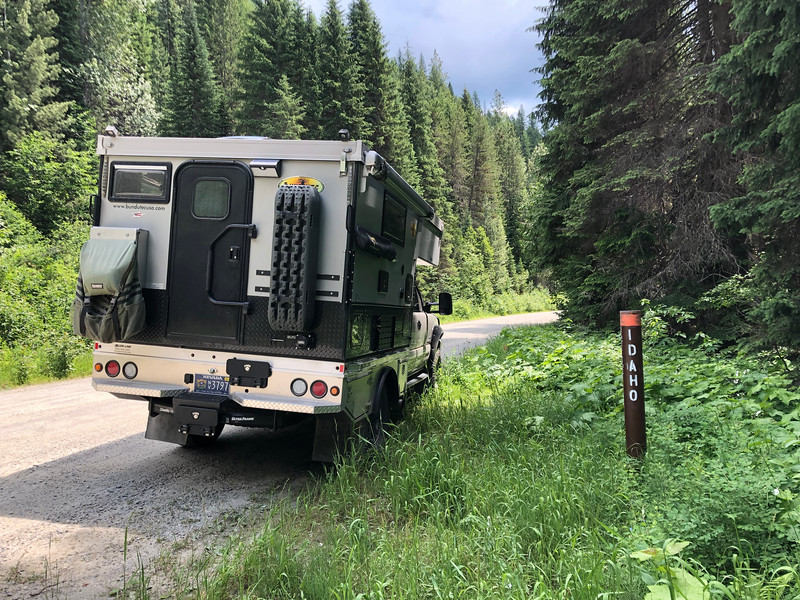 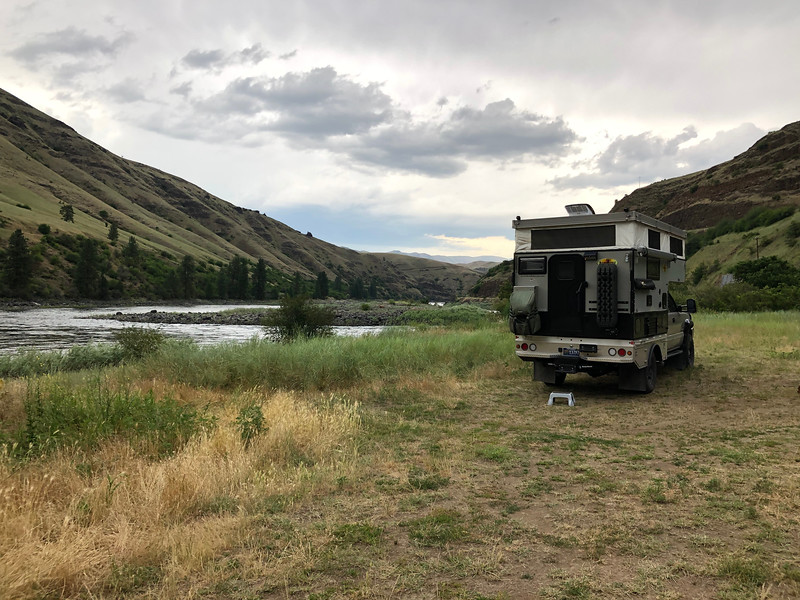 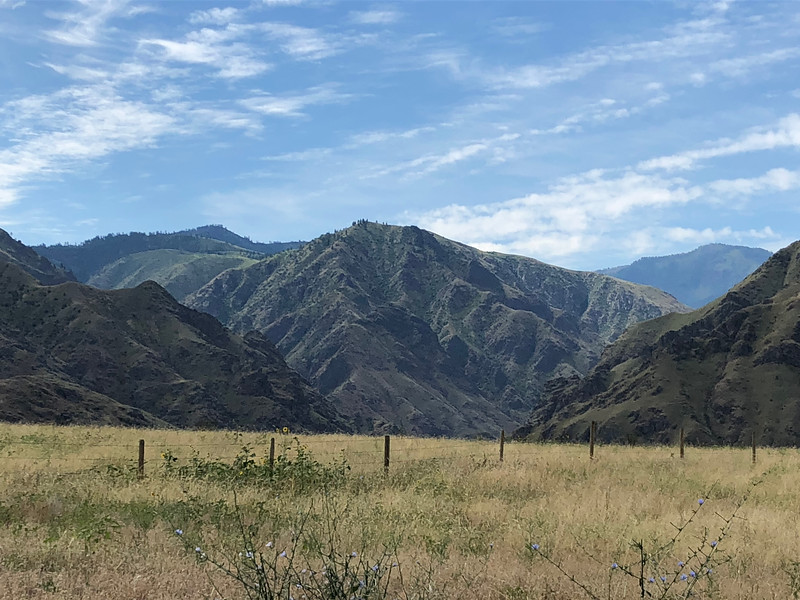 From Hell's Canyon, I started looking at the map and saw another dirt road that headed east across Idaho to Montana. 113 miles (mostly of dirt) called the Magruder Trail was exactly what the doctor ordered. 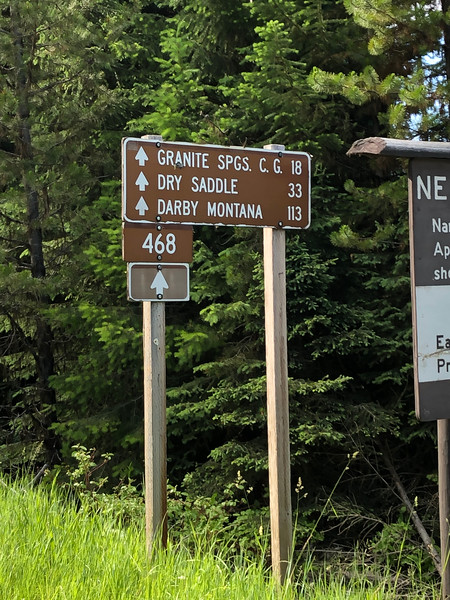 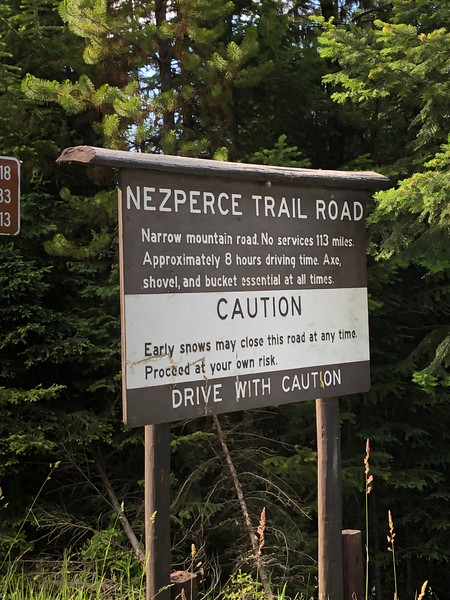 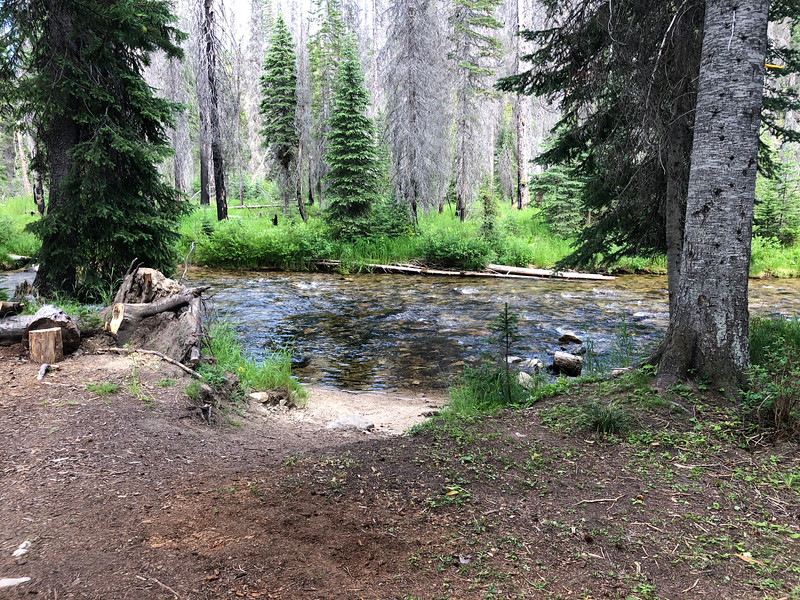 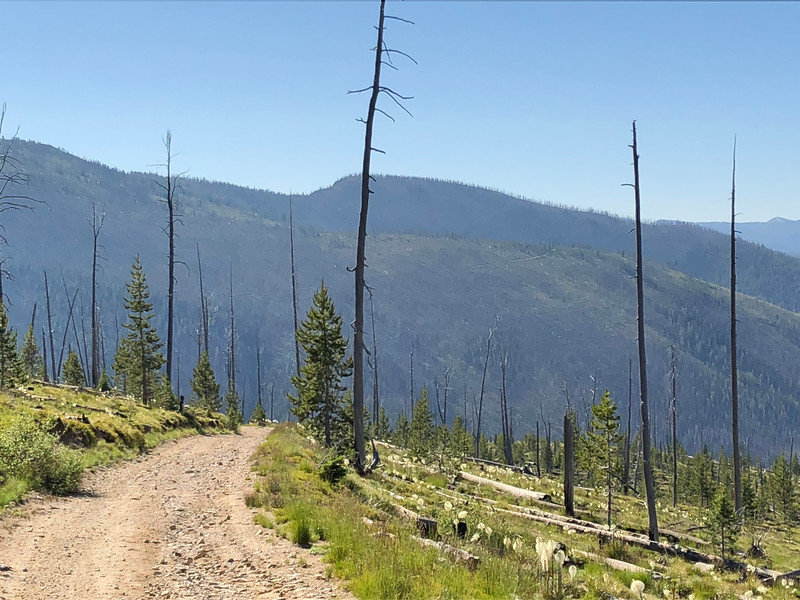 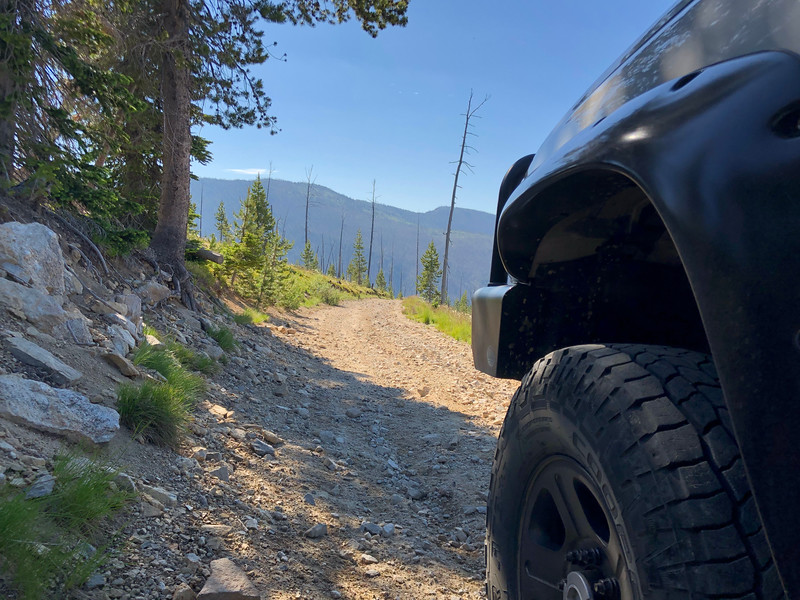 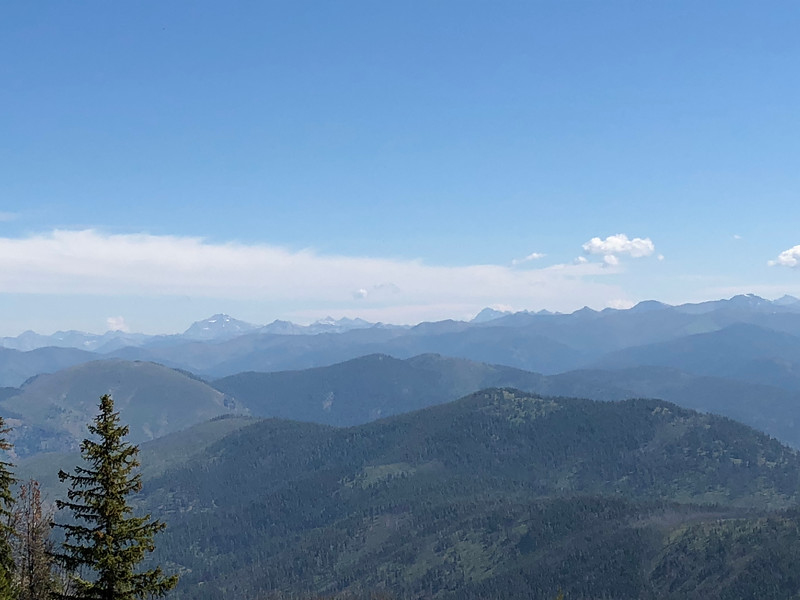 After we made it into Montana, we stayed at a friend's house for a few days before heading south.

We traveled back into Idaho

Went for hike in the area and had a great morning. 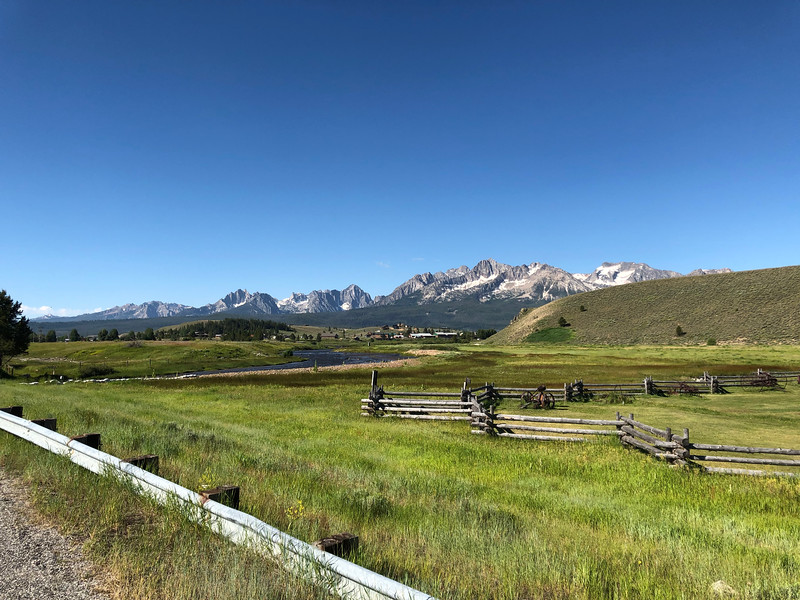 Down near the Idaho/Nevada border.

Heading out of the Jarbidge Canyon area 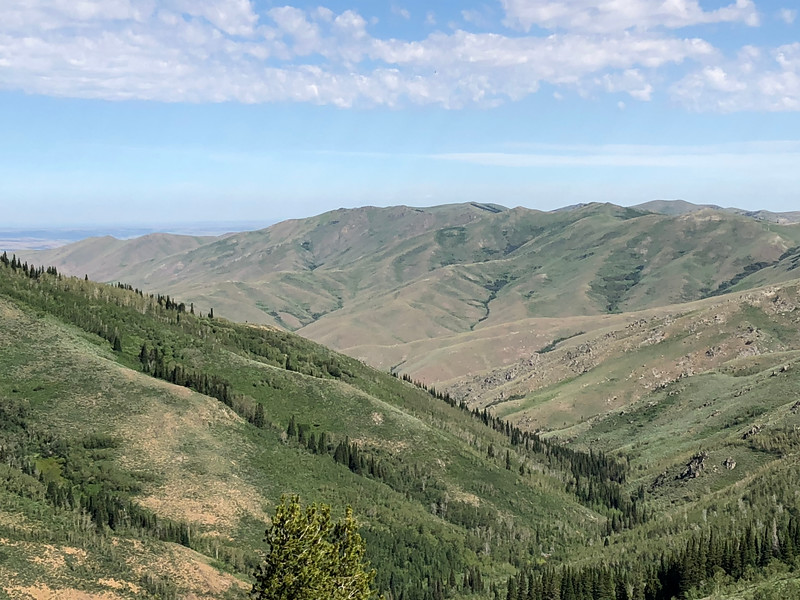 Keep It up! I'm drooling and jealous of your excellent adventures

From the northeast corner of Nevada, we headed south along the eastern side of the state.
North of Ely, we found a mountain range that we had not explored before. 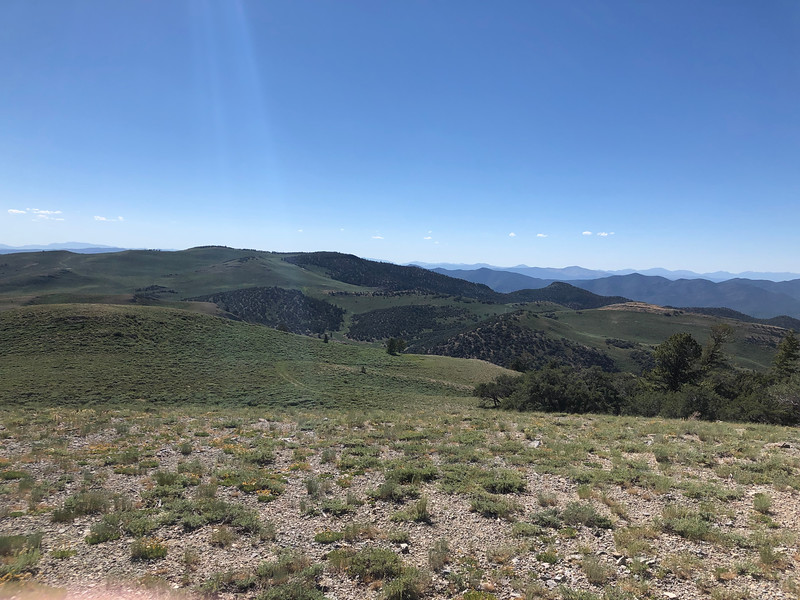 Found a mudhole on the way up the mountain

Yep that's the road we followed to our camp spot. 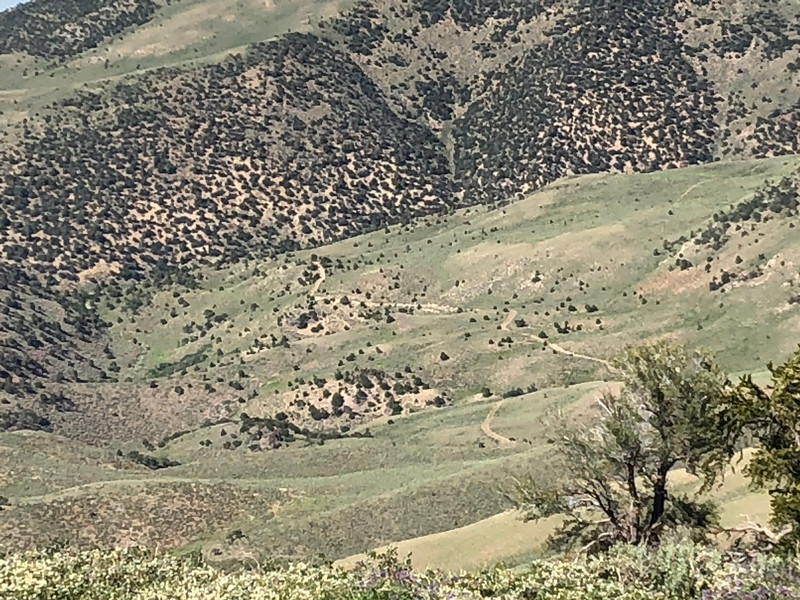 That little white dot in the center is our truck

From there we headed back home. It was a great trip and we really put the truck through it's paces and it performed perfectly.

keep it coming. Some of us need to live vicariously until we can claim the open road again.
Click to expand...

Thank you and I look forward to your adventures and of course your build.

java said:
Keep It up! I'm drooling and jealous of your excellent adventures

Thank you and you seem to post up some pretty awesome trips yourself.