Took a 3 week vacation to northern Thailand for some 2-wheel adventure, it's given me that itch. Rented a Honda CRF250 and drove all over the north, posted up on the blog, now I want to fix the van.

A Tale of Highs and Low(sides): My 3 Week Motorcycle Adventure in Northern Thailand

Ok, so this isn't overland in a van, but it is overland travel I just ditched two of the wheels, but for some reason I still get traffic on this website so may as well keep spreading the travel bug. I turned off the notifications since it’s not the van, but if you’re lucky enough to have found this page get ready for more of my awesomeness, and check out my 3 week motorcycle adventure in northern Thailand.

Yup, it's been a long time since my last "vacation", so booked a flight to Thailand with no plans other than renting a motorcycle and taking off on what many would argue to be some of the best ridding in the world. Was still trying to figure out if I should see Bangkok 1st or head straight to Chiang Mai when the Universe decided for me, as I broke a toe walking out of the bathroom the day before leaving. Ok, walking sucks anyway, Chiang Mai it is.

After hours and hours of flying I found myself in the future, where is that sports almanac anyway? Since it was about 1:30am local time by the time I cleared customs I tried unsuccessfully to sleep a few hours in the airport and then booked a ticket to Chiang Mai that would leave at 8am in the morning. Arriving in Chiang Mai I got in a taxi at the airport which had pre-determined prices so at least you know you are not getting too ripped off. I think it was 5 USD, though with the "red cars" which are the red pickup truck/taxis I only paid 1.50 USD going back to the airport, and it was empty/just me, so technically you are getting ripped off. From the airport, I went straight to the motorcycle shops which line the city wall, I was ready to ride. Traded some cash and my passport (gulp) for a Honda CRF 250 (gag) from the 2nd shop as the 1st didn’t have any available for two weeks. Prices are set, demand is high so you probably can't negotiate too much, two weeks was 650 bhat a day I think, which was 18USD a day for the 250. Saw lots of scooters for rent everywhere, and the bigger bikes are gaining popularity at certain shops as well, so you don't need to do anything ahead of time. That said I talked to a girl who was stuck with a 125 cause she couldn't find a 250 so the demand is probably high, probably tough to find from so many idiots crashing them. Anyway, I was never even asked if I knew how to ride let alone have a license, though the fact that I brought my own gear was probably a dead give away. I did get an international driving permit before hand which I recommend having on hand just in case though I have zero faith they will ever be useful when need, but I was never asked for anything the whole trip. Occasionally I was turned back at borders, though even then I was out there, and am still not sure if it was the Myanmar border, or entrance to the opium fields, but documentation was never an issue/questioned.

Chiang Mai is Thailands second largest city, and is therefore a bit chaotic. Not bad but I wouldn't want to jump into riding with little experience here, though as you often read on these sites many do just that judging from the bandaged travelers everywhere. Naturally everyone assumes I fall into that catalog limping around with the toe taped up. Wrong bitches my moto skills are too good, it's the walking that gets me. I'm so under prepared for this trip, the places I saved on google maps were unavailable on my iPhone since I didn't know my password so I have no list of sites I want to see. On top of that I was in a rush so didn't get any maps in Chiang Mai even though I know the GT-Rider maps are great. I Also read you may now need to register your phone for a SIM card, all crap I dont want to deal with....so no internet either, nothing. Just started heading for the mountains looking for the famous Mai Hong Son loop. Who knows how to get there, or what I'm missing, I just want out of this city as I can see the mountains calling me. Naturally I started wrong and found myself on Rt 1004 but with no destination didn't care. Found a few dead ends, a wat (Buddhist temple) or two, and then back to Chiang Mai looking for the 107 and eventually the 1095 to Pai, a town any northern Thai backpacker knows well….sigh.

The road to Pai, which sounds delicious, will be nice in a few months but is under construction now, a lot of wet clay and loose dirt. Its a great place to explore, organize treks, etc. just not what I want in the next three weeks since I can get away, and the clock's ticking. I stopped for the night outside Pai as I got a late start with my “detours”, probably better I didn’t stay there as the town is full of burnt out farangs (foreigners) anyway. The next morning I continued on towards Mai Hong Son, a town within a province of the same name, part of a 600 km journey with approximately 1,864 curves, all back to back with switchback after switchback through the most mountainous province in all of Thailand. Yeah that is not a typo, nor an exaggeration, 1,864. I spent the 1st half if the day in pouring rain, not exactly my preference on this technical mountain road, but the views are amazing, and the road is in great shape after the clay roads in Pai. A few hours later and things turned around, I had beautiful blue skies, so I decided to go even faster to air dry myself, which worked as well as I had deduced. As soon as I dried off the skies turned black and it was back to being cold and miserable, with some added lightening this time. Hmm, I will keep going, I think it’s safe to ride in lightning but have no idea, but its a long way back, I am not really sure where I am, or how far back MHS is. My plan was to take the side road I had read about to Mai aw which had no sign, 16 km outside MHS. What the lonely planet article didn't say was 16 km NORTH of MHS, so I missed that one. Idiots, if you describe a loop going north to south and say 16km AFTER MHS everyone is going to assume the southern end, fix your damn site. I know I set the bar high here on 2guys1truck but come on.

So, they were not lying about that road, switch backs and sharp curve one after another for hours. It was fun, but personally too technical in the rain as the turns are sharp, and between driving on the left side plus the oncoming cars driving in my left lane as well meant I couldn’t take lines I normally would, as if I am an expert rider or something. Its also very tough to take pictures with no shoulders and thick forest/jungle, but it was still an awesome ride. Plus if I stop all those slow bitches I passed will catch back up to me, and we cant have that, so pic taking was at a minimum. After hours of this I'm cold and wet unsure where I will sleep. I'm not seeing hotels or hostels where I am, but there's a lot going on with the riding plus I can't read Thai, so push on, it was a decent sized town/village, I probably could have stopped in hindsight, but up the mountain I go. Rain starts up again so I slow a bit, but this road has started to open up slightly with rolling curves rather than the hairpins I tackled all day. Much more enjoyable, but I still need to be cautious as I have off road tires rather than street tires so am sacrificing performance. I've been at it for hours, plus still adjusting after all the flying so mental fatigue is setting in, so you know, don’t be *****, just take it easy.

I go by a truck of local tribesmen working construction and give them a nod as I pass by. 3 switchbacks later (ok the fun wasn't completely over) and I come up to one of the straightest sections all day. Suddenly all I hear is scalping metal, in a flash I low side and am sliding behind my bike as it and I cross the road into the oncoming lane, I told you bitches my moto skills were too good to... um never mind.


continued, more pics, etc thanks.
A Tale of Highs and Low(sides): My 3 Week Motorcycle Adventure in Northern Thailand 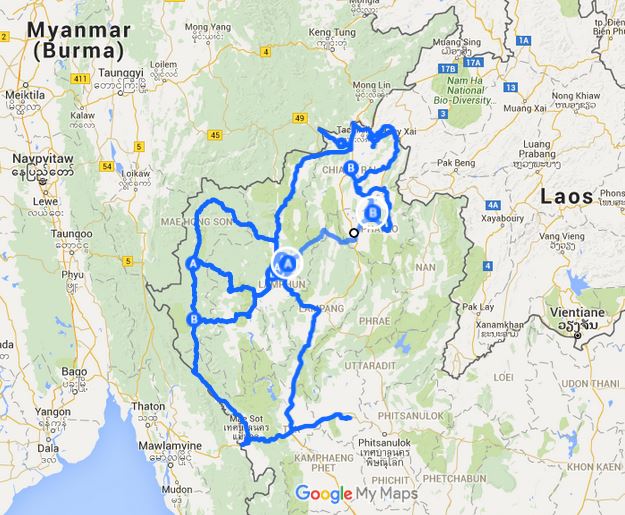 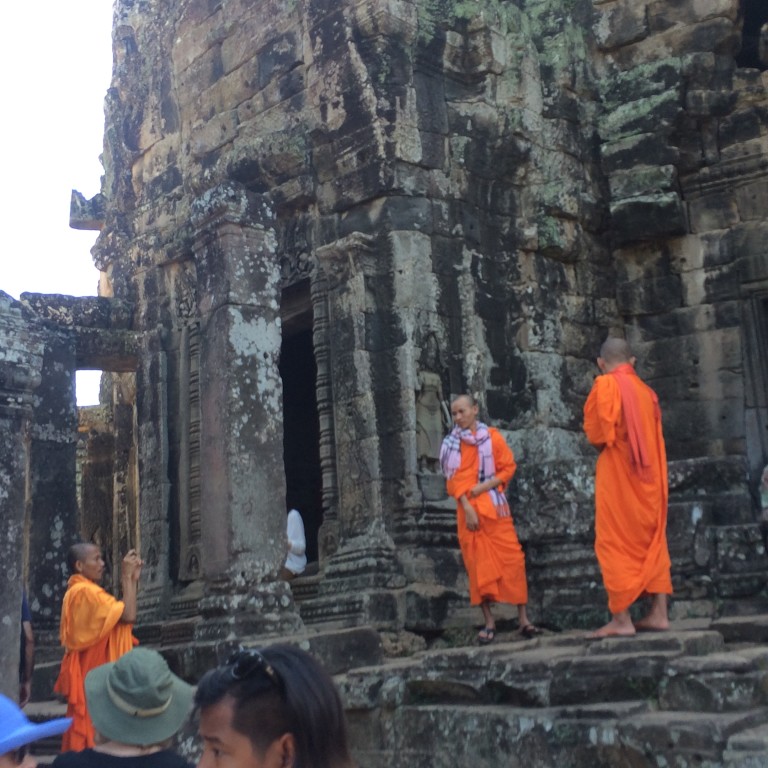 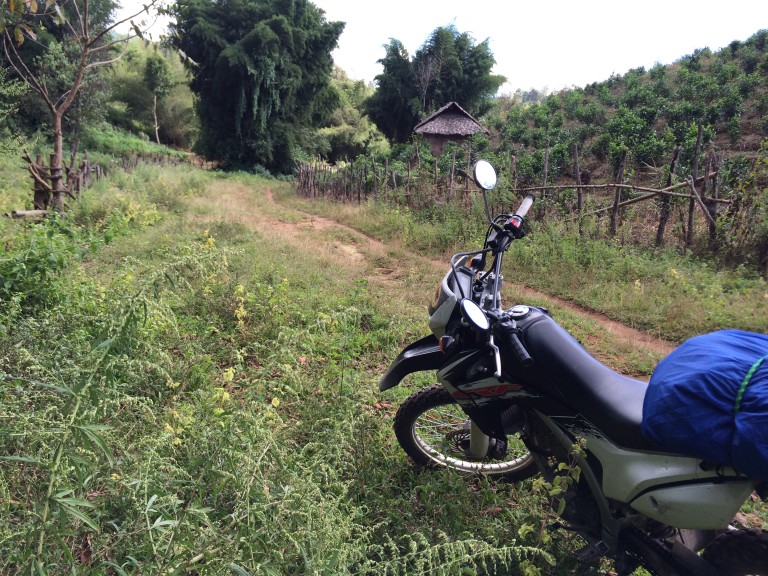 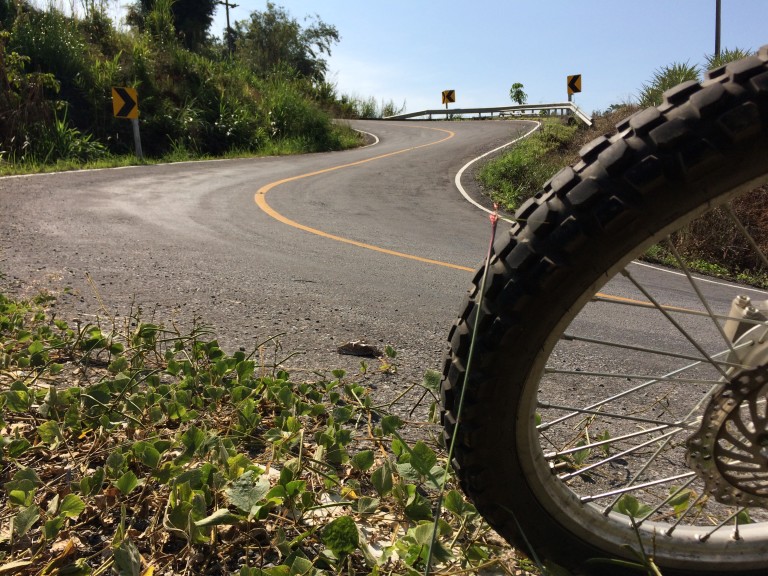 Chiang mai is a great place, did a one day trip with a guide for some easy offroad there!