I'm considering a Garmin Tread XL Overland Edition, but the fact that it's brand new and there aren't (m)any reviews has me hesitant to spend $1500 on it.

I've been using a mix of Google Maps, RV Life GPS, and Gaia GPS, as well as the Garmin Fenix series (not in vehicles), as my primary navigation sources for many years. That combination has generally worked pretty well, but with a lot of quirks that the Garmin would address as a single device.

Mainly:
- Single source for both on and off-road navigation
- Route restriction awareness, as I might be in a Jeep Wrangler, Ram 5500 with truck camper, or Ram 5500 with 40' fifth wheel in tow (currently use RV Life GPS for this)
- Offline maps for the entire continental US on the device (no more dealing with tile downloads, which I've come to hate - I cover so much area this is a PITA)
- The ability to share GPX tracks between the device and Fenix watches, without having to jump through hoops

So that being said, if anybody has used it, or been looking at it, what do you think?
E

I've had it for a few weeks now, and I upgraded from the Garmin Overlander.

I really like the big screen and as you can see I'm running it vertically and it's good for that. The only reason I would suggest getting it is if you want the included in-reach ability as being able to type your messages on the tablet beats typing out on your in-reach device or even your phone. That being said, you have to use the "Tread" app, as it doesn't work with the "Explore" app, which is kinda stupid that you have to learn a new app to use it.

If you don't have a power distribution system than it's also worth getting one of the Tread Overland editions, but that's an expensive add-on, but being able to control all your accessories in one place is nice.

The group chat/voice system also only works with someone that has another Tread device, however you can see where other people are if the have the Tread app, since most folks already have some kind of communication like a midland walkie talkie or other gmrs device it's stupid to invest the extra money into Garmin's limited system.

Same goes for the dog tracking, you have to have the complete Dog Tracking Garmin system, as it reads off the dog handheld controller and not directly to the dog collars, if you only had to purchase the dog collars it would be worth the investment of the Tread Overland editions, but here you have to spend a lot of money to be able to display where they are on a map in the Tread.

I really like that you can run external antennas for the GPS and InReach, but those are accessories at additional money.

I don't like that you can't play netflix movies through the internal browser and can't add Google Store apps, even though it's an android based device.

IMO opinion unless you really want the integrated InReach device so you don't have to carry both devices, then it's worth it. You be better getting a top of the line Android or Apple Tablet if you just wanted to use it for mapping, don't get me wrong having the integrated maps is nice, but the Garmin Overlander does that already for a much cheaper price.

You can also connect 4 wireless camera's to the Garmin Overlander, but they didn't include that feature on the Tread, which I think was a big oversight.

Thanks for that info. I should probably add that I use an InReach Mini, and don't really see the need for another InReach device. And that I don't need the power center, as I'm using the factory aux switches in both my vehicles. And finally, no need for MURS as I already have hardwired GMRS and ham radios in both my vehicles, and everyone I know communicates on one of those. So there is a lot I'd be paying for that isn't of particular use to me.

Having fully integrated offline mapping for the entire US, assuming it actually has a lot of BLM/USFS roads and trails on it, and the ability to share GPX tracks between it and other devices, might be worth the premium to me -- if that all actually works well. I read some reviews about the lack of those roads/trails on the original Tread device, especially in AZ and UT, where I frequent quite often, and would be interested in whether those areas have been updated.
Last edited: Jan 31, 2022
E

Happy to help, if you tell you, if you PM me specific areas, I can take screen shots so you can see if they have been updated or not. I still think from what you say, the Garmin Overlander would be better for you, unless you want a bigger screen, I will probably be selling my Overlander at some point, just to off-set the cost of the Tread Overland XL

After more research, I'm going to skip out on this. It looks great, but without another $500+ worth of 24K maps, isn't going to have everything I'm looking for.

To me the biggest difference is the preloaded maps and the offroad navigation feature.
I contacted Garmin and asked for a comparison between the two and this is part of what they sent me..

our trips are multi weeks or months and can cover over 10,000 miles and multiple states/provinces/regions etc.

smlobx said:
our trips are multi weeks or months and can cover over 10,000 miles and multiple states/provinces/regions etc.

I have zero interest in downloading maps for hours and then realizing that if we want to explore a different region that we don’t have the maps downloaded…
Click to expand...

I hear you. Especially with my poor internet connection, downloading the maps was a problem. So I went back to Garmin.

I'd like to know which maps are the "preloaded" ones on the units. I have a fairly new Garmin Montana 750i that came with "preloaded" topo maps that Garmin calls "Topoactive". They are nice in that they are routable. But I can't use them because they show very few of the more primitive dirt roads I like to drive. So most times I use the Garmin 100k maps which do show the primitive roads - and the whole USA is on the one mapset so no need to download anything. I also use the gpsfiledepot topo maps on occasion as they are more up-to-date than the Garmin maps.
W

After reviewing and a little study, it does too much. If it fails, you lose a lot of function if you are using it to it's capability. I have an Overlander and a inReach. If one goes down, I still have the other. Same for the spod type of features using switches. If the unit is stolen or broken, your trip is hampered.I suppose you could buy two and have one cloned as a backup.
J 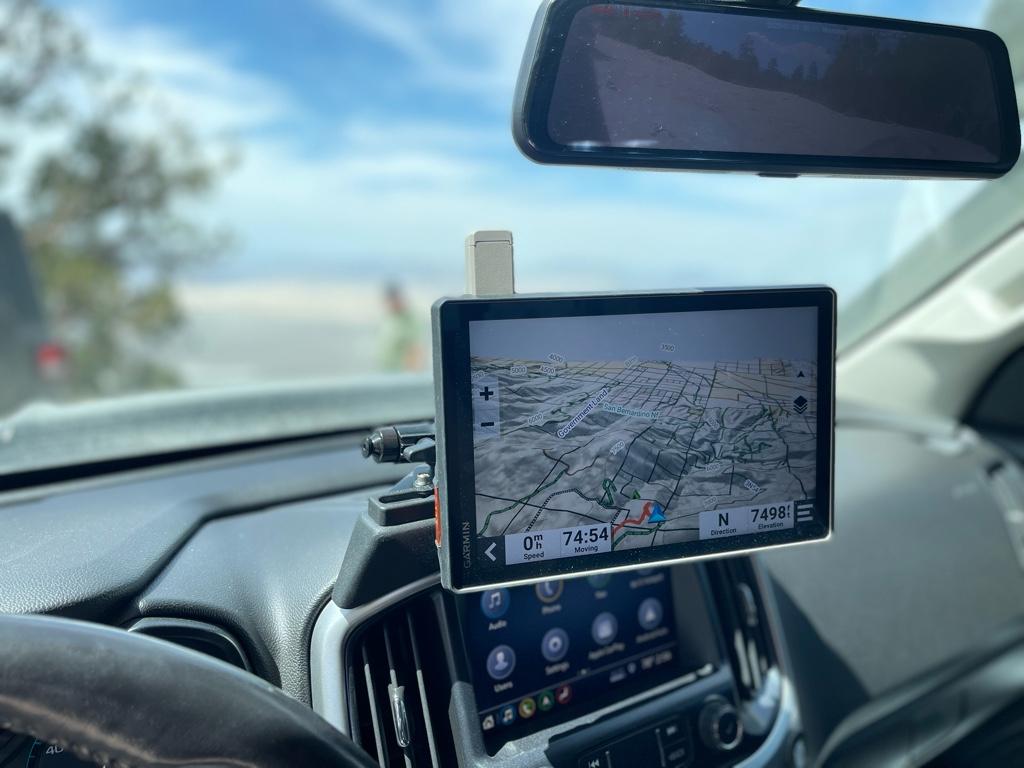 Upgrade from the Overlander. What a game changer. Love this thing. MVUM built in. Routable based on vehicle profiles you program into the unit. Ask away if you have any questions.

emulous74 said:
Garmin did finally release cameras for the Tread Overland. Of course you have to buy new cameras, as the cameras that work with the Overlander, don't work with the Tread.
Click to expand...

The old cameras really sucked. They had poor resolution and the range was pretty bad. The new ones can be put on the back of a trailer and carry a 720p picture which is on par with the rest of the backup camera industry.

jprovence01 said:
The old cameras really sucked. They had poor resolution and the range was pretty bad. The new ones can be put on the back of a trailer and carry a 720p picture which is on par with the rest of the backup camera industry.