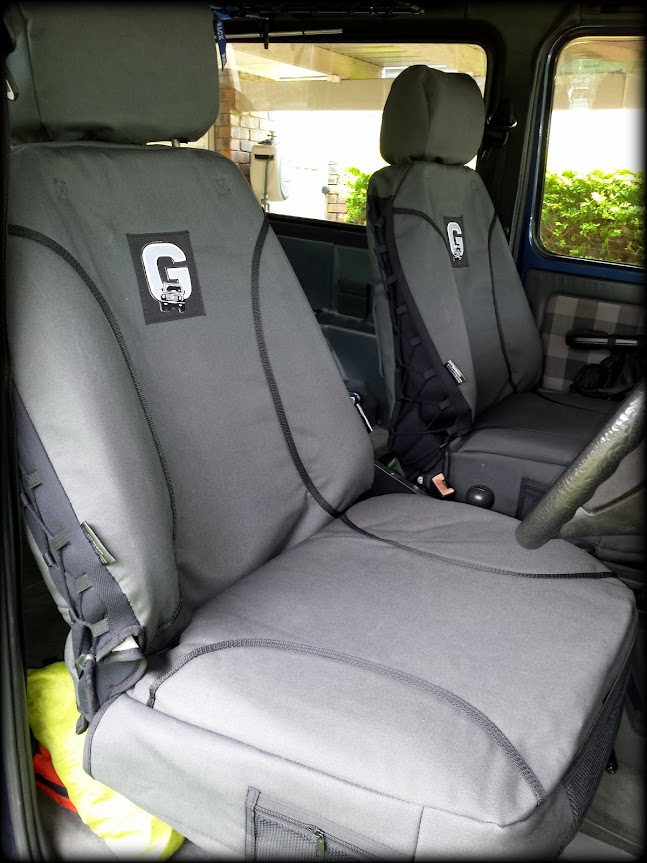 Note: this is on a W460 with factory recaros. Airbag compliant (if I had any)
P

Who made these seat covers?
S

Made for an Australian company, in China
Being "universal" there should be similar products (if not identical) in other countries. These are particularly thick canvas, I found others which were much thinner and cheaper. These cost me $AU300 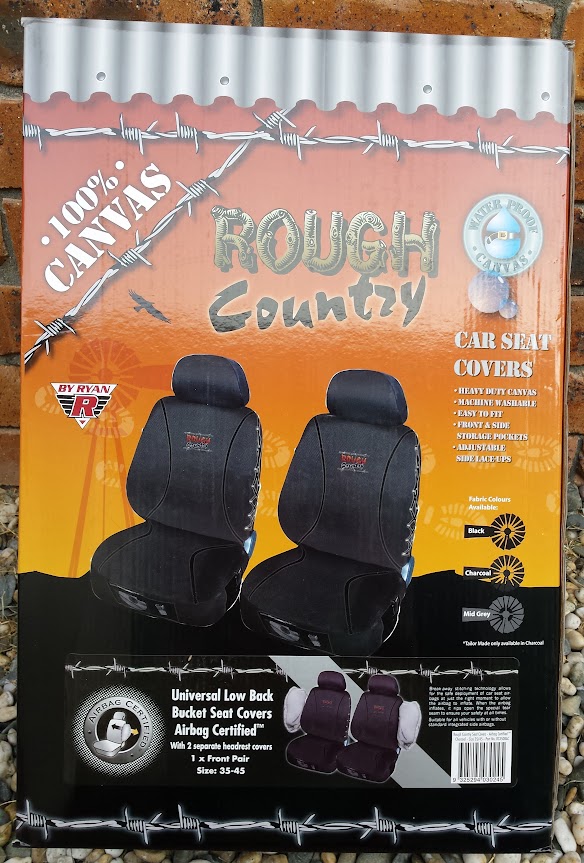 All-Terrain said:
I have an '03 getting custom covers. I don't know how much I'm paying yet as the pattern is being made for me and still in progress - also the exact material used will influence the price, so if someone chose a fancy material (like Ostrich leather dyed green or something....), the price would change. Mine are being done in a somewhat-canvas material, sort of like a Carhartt jacket, so that it's durable and water-resistant. My goal is to protect my factory upholstery from abrasion and to keep mud etc off of it.

I just had a quick chat with them, and I'm told that once the pattern is made, duplicating the covers should not be time-consuming. I'll post photos as soon as I have some and we can go from there.
Click to expand...

I was just doing the front's. Rear's are probably simple.

I should have some photos tomorrow, guys.

All-Terrain said:
I should have some photos tomorrow, guys.
Click to expand...

Great news! Look forward to seeing them. Thank you.

Here's a preview of what we have to look forward to --- the seat pictured here is the front passenger Recaro seat from my 460 (280GE), with very pronounced side bolsters. This is a more difficult seat to cover, due to the dramatic curvatures.

The first two photos show the partially finished upper half of the cover. This is the first example made from the prototype pattern.

The last three photos show the prototype pattern fitted to the seat.

The finished cover will use the exact fabric shown, which is a nice canvas-type material, very rugged. The stitching is all done with double stitches and a heavy duty thread, reinforced at the points that are likely to see the most stress.

You can see how nice the fit is --- the cover shown is not complete and will be designed to fit snugly, but to allow a small amount of movement as the seat is sat in and moved around in.

The pattern shown took quite some hours to build - the grey cover shown was churned out in a far shorter period of time - I'll have some more photos soon of the finished covers. Then the 463 covers for my G500 will be next.

Also, this canvas is available in a few different shades, so a person would be able to order a khaki/tan, black, or grey set of covers in the end.