Tex68w said:
I am considering mounting a 20" light bar behind the grill in this location, but I'll have to do some investigating and see what it'll require to make a bracket work in that space. I am not sure I'll need anymore light once the XL80's go on, but I think it would make for a clean install if I can figure it out. Has anyone attempted this yet?
Click to expand...

So I think if you run floods in the XL80s then run a nice spot in a 20” you’d be sitting pretty darn perfect. Especially if the 20” has an amber cover option.

Kingsize24 said:
Looks awesome Jeremy! Interesting spot for a light bar. Looks like it would be a good one if you can figure out a sturdy mount for it.
Click to expand...

Yea I am pretty happy with how it turned out, definitely gives a slight custom look to the front end to distinguish it from a stock PW.

In regards to the light bar behind the grill, there appears to be plenty of space back there for clearance, it's figuring out how to make a bracket that will support the light bar and keep it centered in that area that will require some tinkering.

ttengineer said:
So I think if you run floods in the XL80s then run a nice spot in a 20” you’d be sitting pretty darn perfect. Especially if the 20” has an amber cover option.
Click to expand...

I was leaning towards running the white spot beams in the XL80's and a driving combo 20" light bar in amber behind the grill. 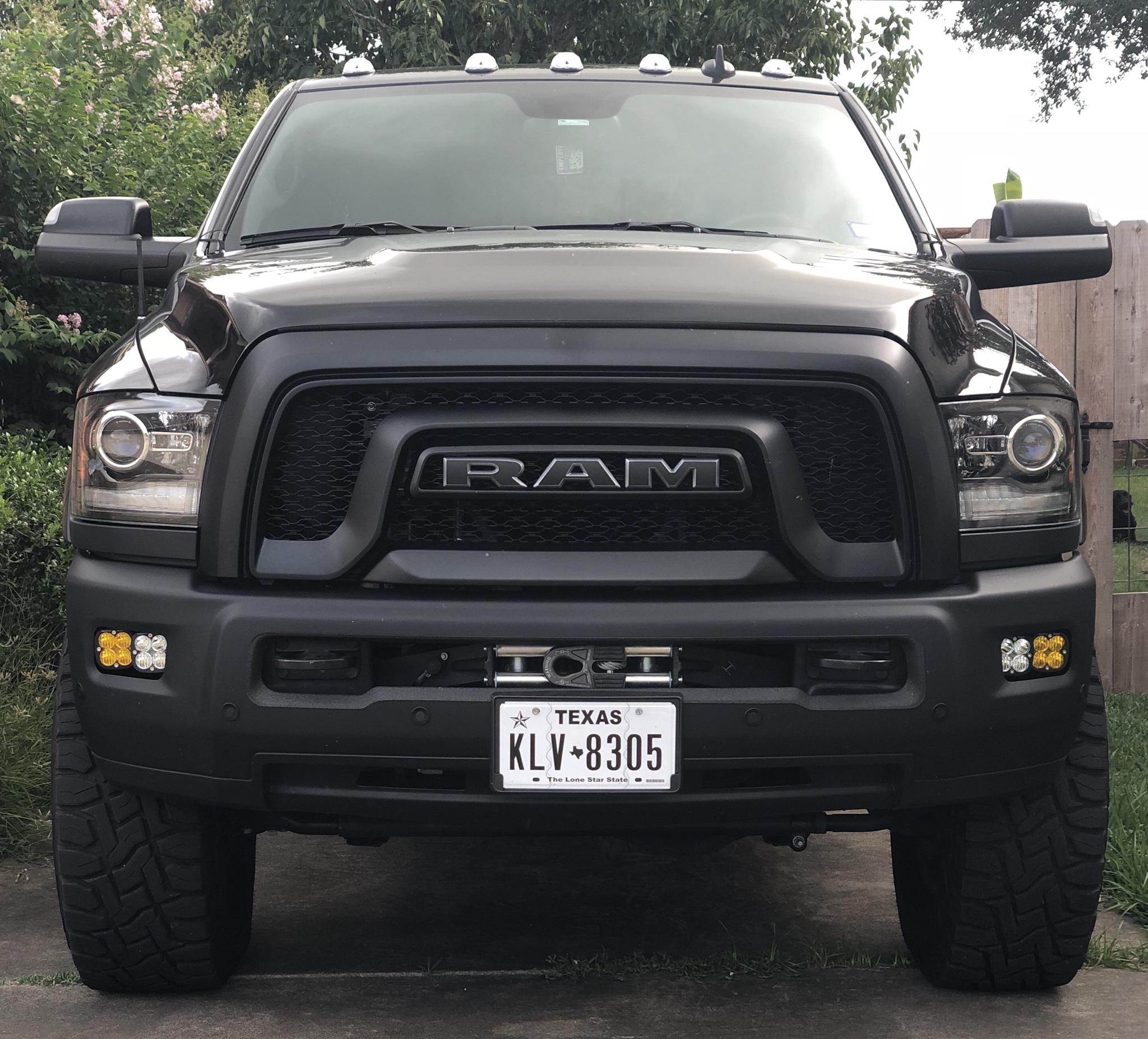 its so weird seeing my truck (fog lights, brackets, and ram cover up) in a different color.

You had me looking at Power Wagons when I stumbled upon this....

gentimmy said:
You had me looking at Power Wagons when I stumbled upon this....

Found your build thread after the PM, nice rig man!
I just picked up a 2500 diesel that came with some pretty brotastic 20s, so I've been looking for some 17s, hence the inquiry.
Nice methods, truck looks great!

Long Way Down: An Epic Journey by Motorcycle from Scotlan...
by Ewan McGregor, Charley Boorman
From $5.69

It's been a while since I've messed with much of anything on the Power Wagon, life has been flat out crazy for the both of us in the past few months and with new jobs and a relocate on the horizon it doesn't seem like it'll get any better anytime soon. I've tried to find time to mess with the truck and add some upgrades but short of the eventual upgrade out back and a Dethloff engine skid (hopefully coming soon) I haven't purchased a damn thing.

I decided after going back and forth about which A-pillar lights to mount, to settle on the Squadron Pro's instead of the XL80's. While I prefer the higher output of the XL80's, I couldn't get past the size of the housing and how it is slightly obnoxious and tends to distract from the rest of the truck by being overly obvious. The Squadron Pro's are powerful enough to give me the light I need when traveling back roads or while on the main roads out at the ranch at night. I think they look great and still somewhat blend in making them less noticeable. Hopefully being less noticeable will lead to them being less likely to be stolen lol (south Texas problems :/).

I hope to find time in the coming weeks to head out of town for the Rhino Rack and Backbone system install for the top of the cab. Stay tuned for that write-up. 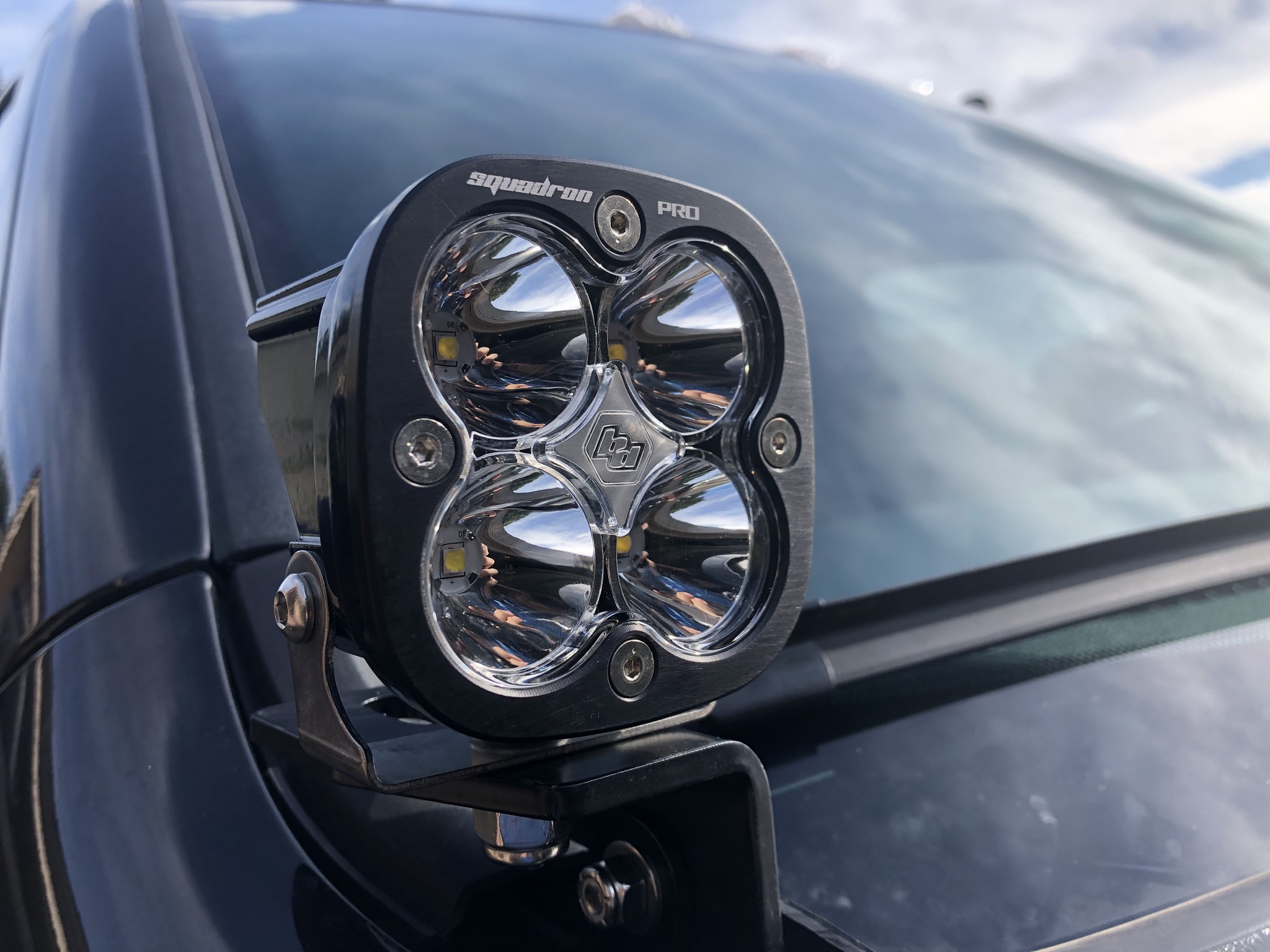 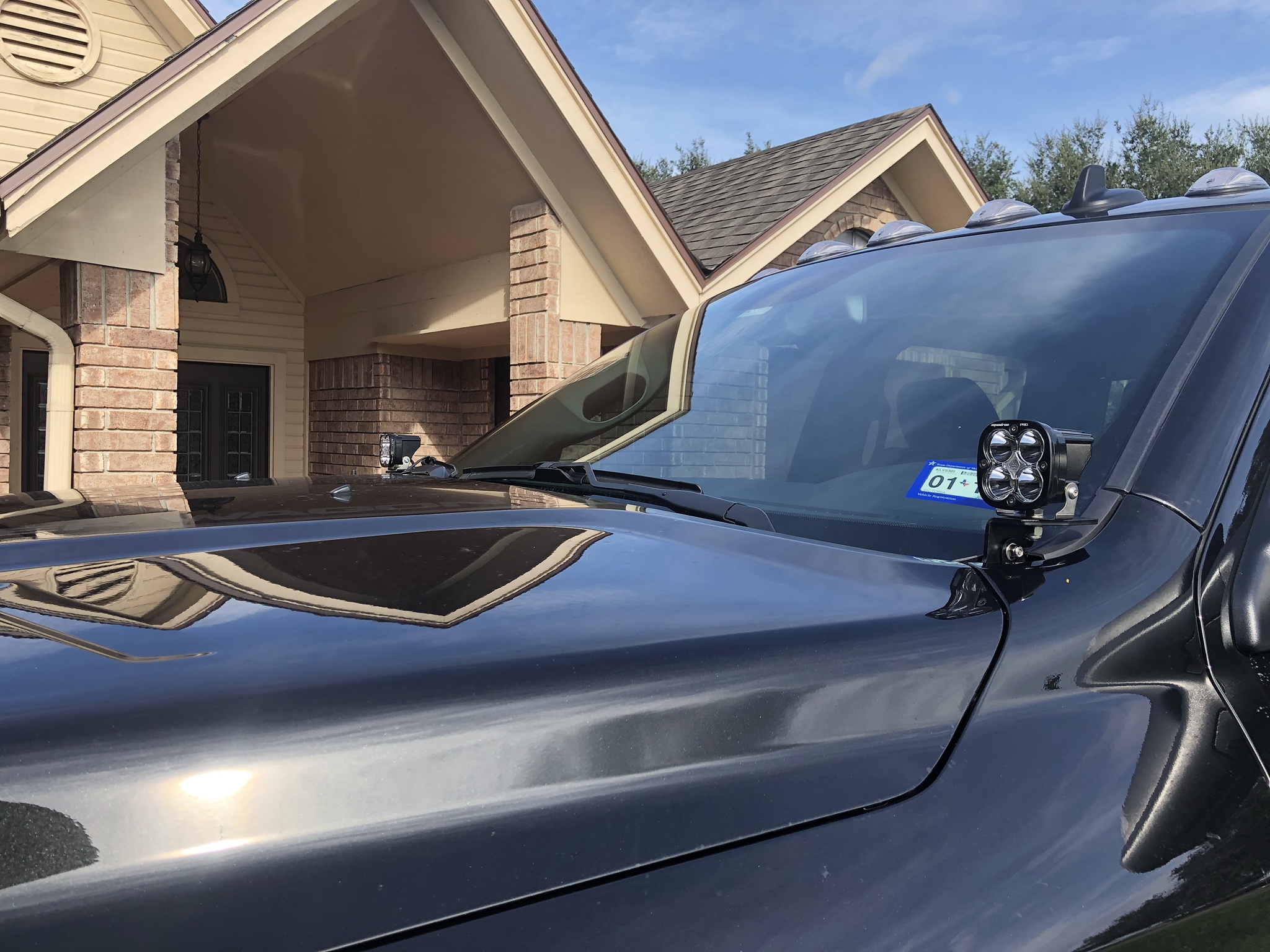 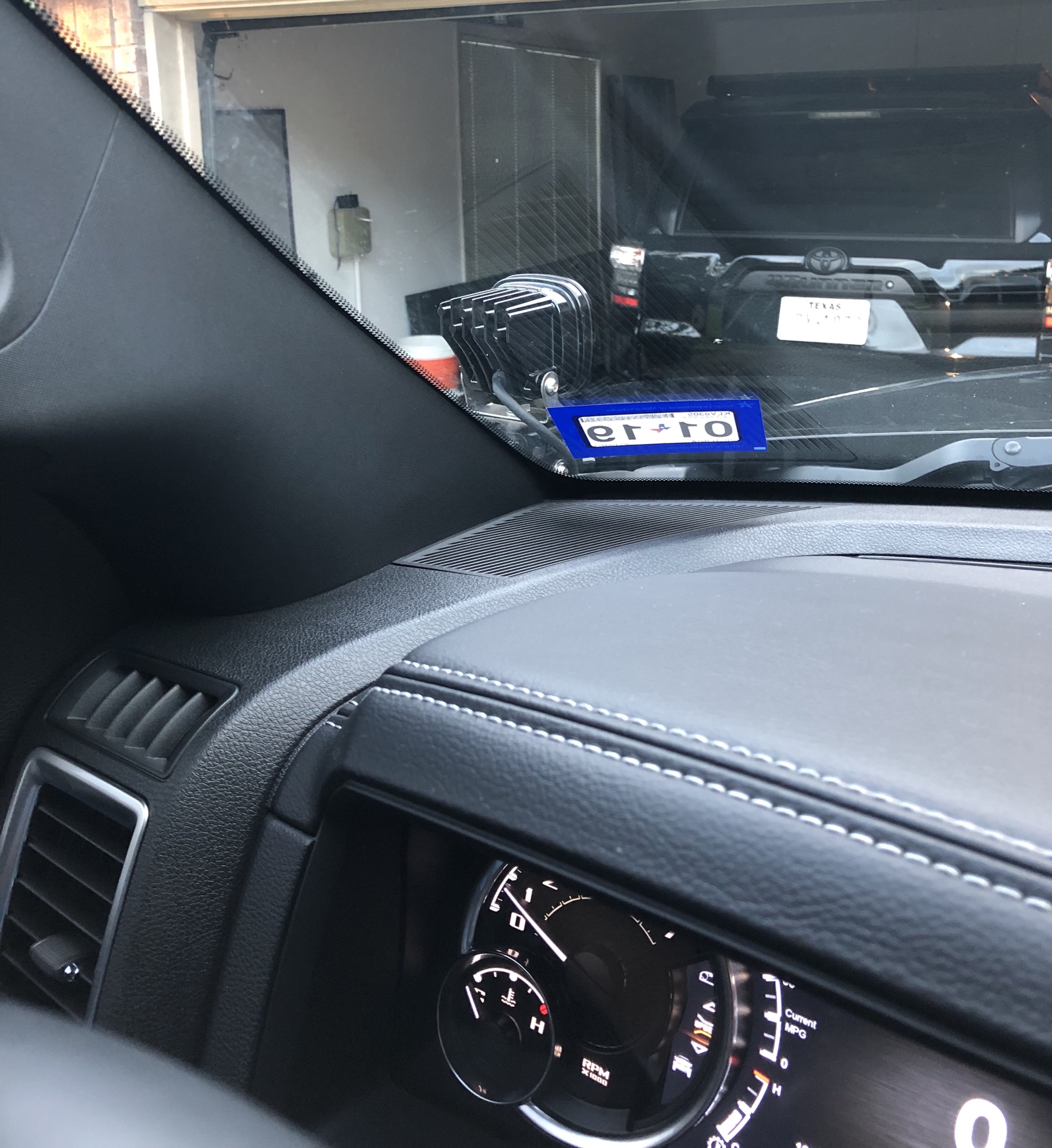 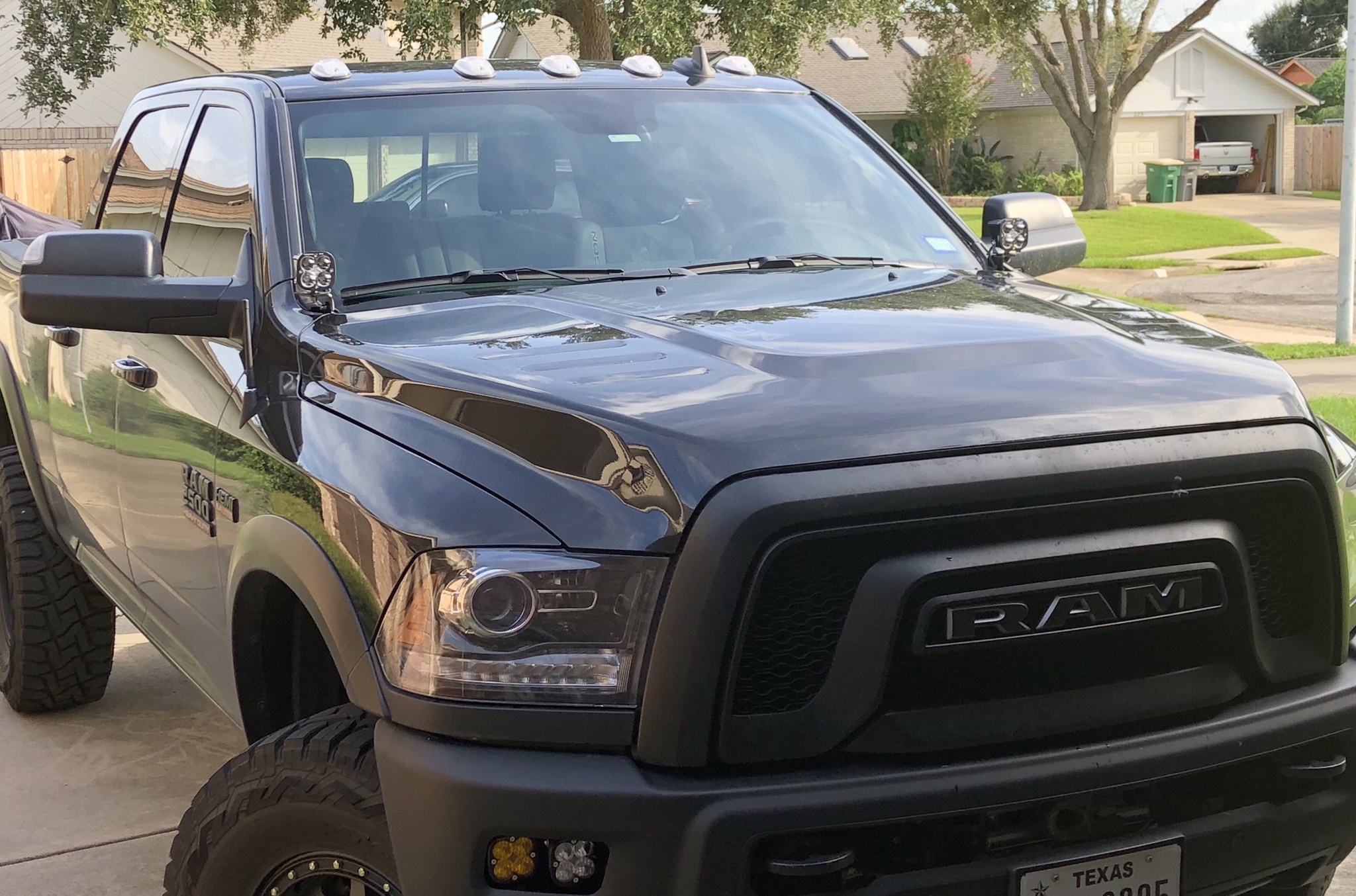 I forgot to mention that I'll be heading out west soon with the PW to do some riding on two wheels. I hope to take the truck on a trail or two along the way, if I am fortunate enough to do so I'll be certain to take some pics/video. I wouldn't mind if I found a nice spot to chuck flies at trout for a few hours as well. The bike is already in Nevada in storage waiting on me so I'll be bringing her back in the bed of the truck on my return trip home. 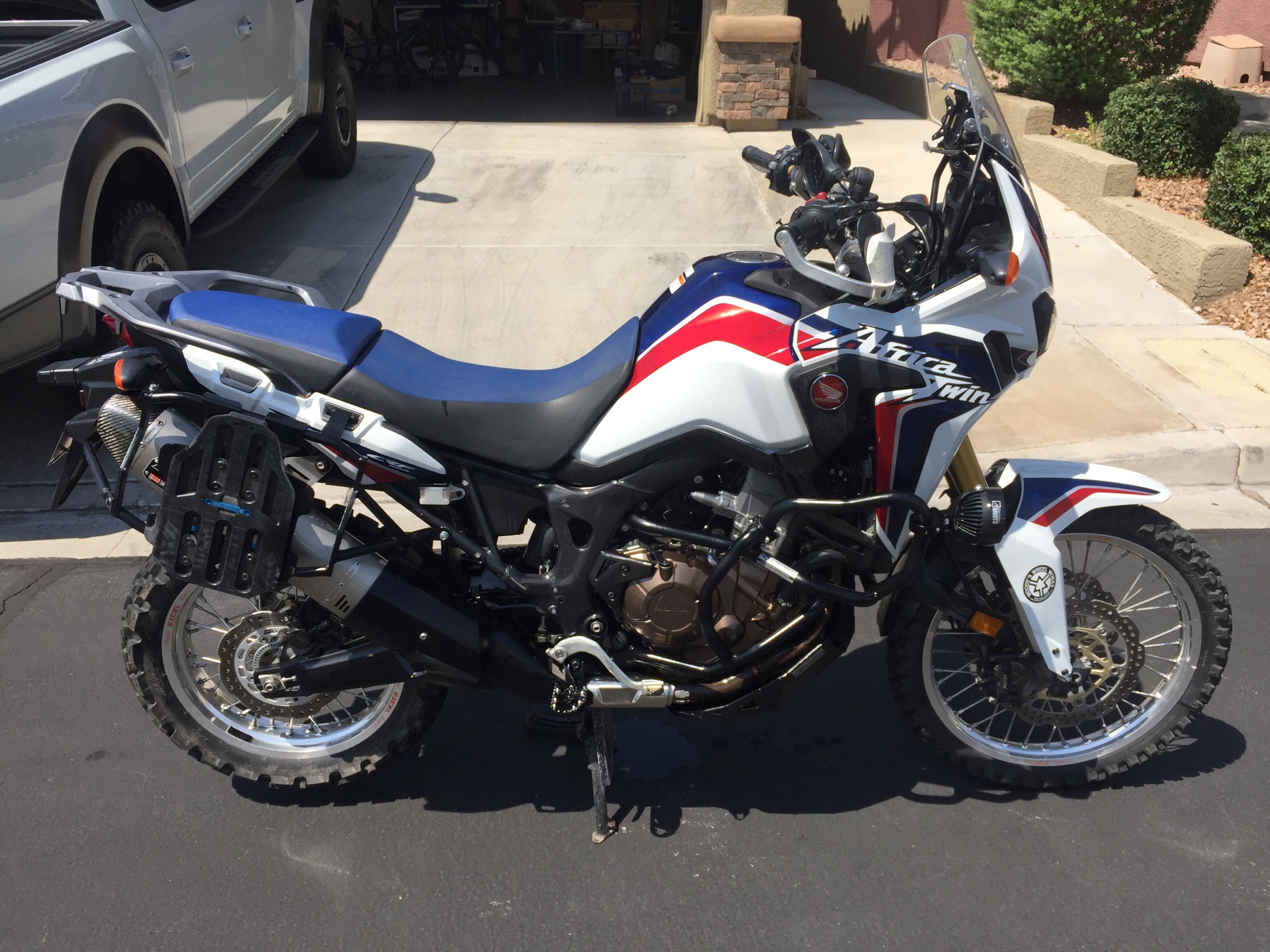 Looks great Jeremy! Such an awesome bike too!
F

Catching up on this, but things are looking good! I dig the ditch lights; I’ve been contemplating something similar since visibility turning into places is so abysmal at night.

What brackets are those?

Adventurous said:
Catching up on this, but things are looking good! I dig the ditch lights; I’ve been contemplating something similar since visibility turning into places is so abysmal at night.

Oh I am aware, I waste just as much time on that forum as I do here and countless others lol.


Adventurous said:
Catching up on this, but things are looking good! I dig the ditch lights; I’ve been contemplating something similar since visibility turning into places is so abysmal at night.