The following build thread will detail the adventures and restoration of a '96 D1. I have been looking for one of these since starting to get into the off-roading and overlanding scene, but I had to have a 5spd and heavily preferred a OBD2 GEMS truck. As many of you know that limited me to 96-97 trucks with a R380, making it exceedingly difficult to find one, let alone one in decent shape. Most D1's were either traded in for cash for clunkers, rusted away, or were beat to hell. The truck I ended up with was somewhere in the middle. As far as I can tell it has been Texas owned since new and sat for a fair amount of time before being resurrected by some local rover enthusiasts. It bounced around between them and finally ended up on craigslist where I bought it from a local Rover mechanic. The truck had a few serious problems that were not disclosed, which in retrospect I should have haggled over, but finding a D1 5spd local to me that I could evaluate with my own two eyes was too good a chance to pass up. I had finally completed a childhood dream of owning my D1 and now all I had to do was get it fixed up. This is early on so the wife is still excited about the purchase!

So in August of 2018 this is what I ended up with... a green 1996 D1 SE7 Pre-AEL with the 5spd. It was sitting on a two inch Terrafirma list (medium duty I believe) at all four corners with newish Fox shocks. Tires were pretty new though were a Chinese A/T in 235/85r16. As you can tell the paint and tint has seen better days, but overall the interior was not sun-scorched at all. No dash cracks or burned door cards here.

So after getting the truck home I went around performing my initial inspection. I have broken up the issues below, some of which I have resolved (and will detail) later. Looking at this now the truck really looks like a basket case, but it seems like most of these trucks have not been maintained properly and this is run of the mill. That being said the truck ran well, was staying cool, and had very minor rust.

Electrical:
-SRS light is on
-No horn
-Radio plays static unless at specific volumes, generally balanced to one side or the other
-Doors only unlock from drivers side with key
-Drivers door lock tab goes flush with card when locked, no unlocking from within the vehicle
-Speedometer works intermittently, probably only 5% of the time
-Fast right turn signal
-Cruise control not functional
-A/C not working
-Intermittent battery charge warning within instrument cluster

So the first thing I did was target things stopping me from driving it as well as the low hanging fruit... fluids. The spongy brakes were first on the list. Based on the color of the fluid in the master cylinder I suspected a flush and some bleeding would be sufficient. I siphoned all the fluid out of the reservoir and replaced with new fluid then bleed each corner. Brakes are perfectly acceptable now. Easy win!

Next up was the transfer case, especially with the whine I was getting on the highway while cruising. Here is what I found when I pulled the drain plug. Definitely not ideal, but no huge chunks either. The fluid was a dark, dark brown so it was clear it had not been changed for a long time. I looked over the gears in the transfer case and while there was definitely wear I did not see any chipped teeth so I proceeded.

Yeah.. it should not be that color...

Fresh RTV to the inspection cover and applied back to the transfer case.

Lastly, I had a local exhaust shop eliminate the rear most resonator and weld in some replacement pipe for the cracked/rust exhaust currently in place.

Next up was the swivel housings. I went back on forth on this one for whether I wanted to use the one-shot grease packets or gear oil. The online debate on this subject was pretty fierce, but eventually I came to the consensus that if your truck has a fluid level check bolt, then you should use the gear oil. As you can see below, the shiny brass fluid level check is present on my truck. On top of that gear oil was cheaper and would allow me to determine if the swivel ball housing gaskets were bad.

At this point I decided to take the truck around the block and put some gas into it. I pull up, open the fuel filler door and am greeted with this. Definitely not ideal, the fuel filler neck is just wobbling around due to this gasket being completely gone. I proceed with filling the tank, I remember smelling a strong odor of fuel, but not thinking anything of it while wondering exactly how large this fuel tank was. It was at this point that a ton of gas started pouring onto the ground under the truck. I quickly stopped the pump and backed away to look under the truck. I was greeted by a vent hose that had completely failed and was now dumping excess fuel all over the ground.

I knew this would have to replaced before driving the truck regularly and that the fuel tank recall had not been done by Land Rover. So I figured I would kill two birds with one stone and have the dealership replace the vent hose (which I sourced) while they dropped the tank for the recall. The dealership I went to installed the hose free of charge and performed the recall without too many questions. I know some guys have had issues with dealerships performing recalls on 20+ year old vehicles, but I was persistent and they acquiesced. New vent hose and fuel tank for nothing, I call that a win. Also was able to get the fuel filler neck gasket from Rover's North (love their parts diagram on the website) along with a new correct pre-AEL vented gas cap. No more gas fill up issues, everything works great.

Enjoyed the post up. I bought a ‘96 SD 5 spd with leather and no sunroofs in 2011 and many $ later, it’s been a fun ride. I laughed when I read the fuel dump. Happened to me the evening I bought my truck except in worse condition.

latarheel said:
Enjoyed the post up. I bought a ‘96 SD 5 spd with leather and no sunroofs in 2011 and many $ later, it’s been a fun ride. I laughed when I read the fuel dump. Happened to me the evening I bought my truck except in worse condition.

Thanks for the comment! Still a lot more upgrades to get through (all this is several months behind). Do you have any pictures of your truck? Based on your signature it is very similar to where I want to take this eventually. A SD would have been nice, these sunroofs have to be the worst drain design ever made... that and the manual seats would be a plus. 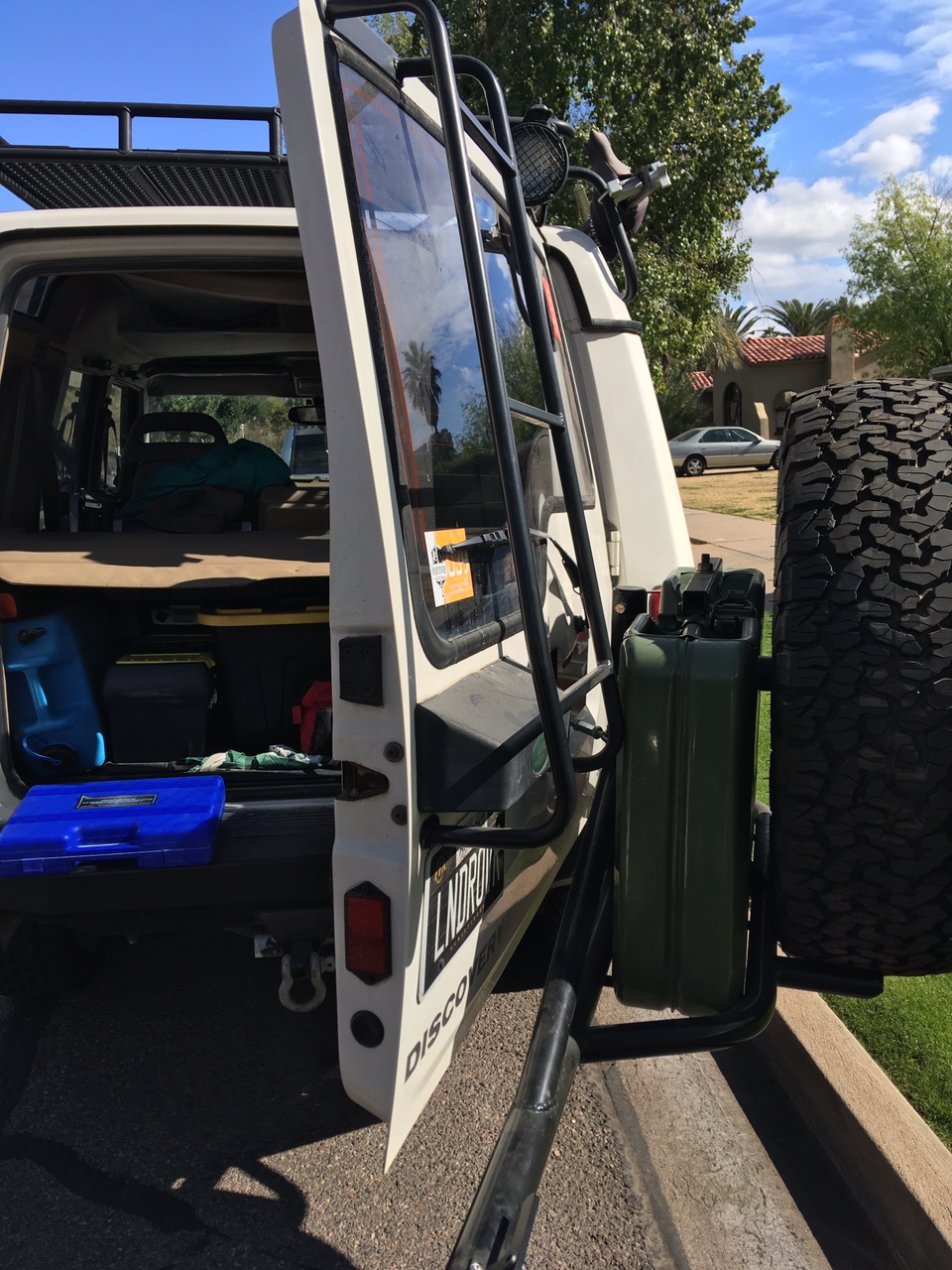 You should start a build thread of your own. Would definitely like to see more of it.

Was the truck too far gone originally? I had one that I learned the hard way on as well... That'll be part of the thread later.

_ExpeditionMan said:
Was the truck too far gone originally? I had one that I learned the hard way on as well... That'll be part of the thread later.
Click to expand...

I wasn’t smart enough to know differently by damaged quarter panel , front end and fender damage but I found some internal panels from the U.K. and welded them up as the body damage was minimal but my English mechanic recommended parting out

latarheel said:
I wasn’t smart enough to know differently by damaged quarter panel , front end and fender damage but I found some internal panels from the U.K. and welded them up as the body damage was minimal but my English mechanic recommended parting out